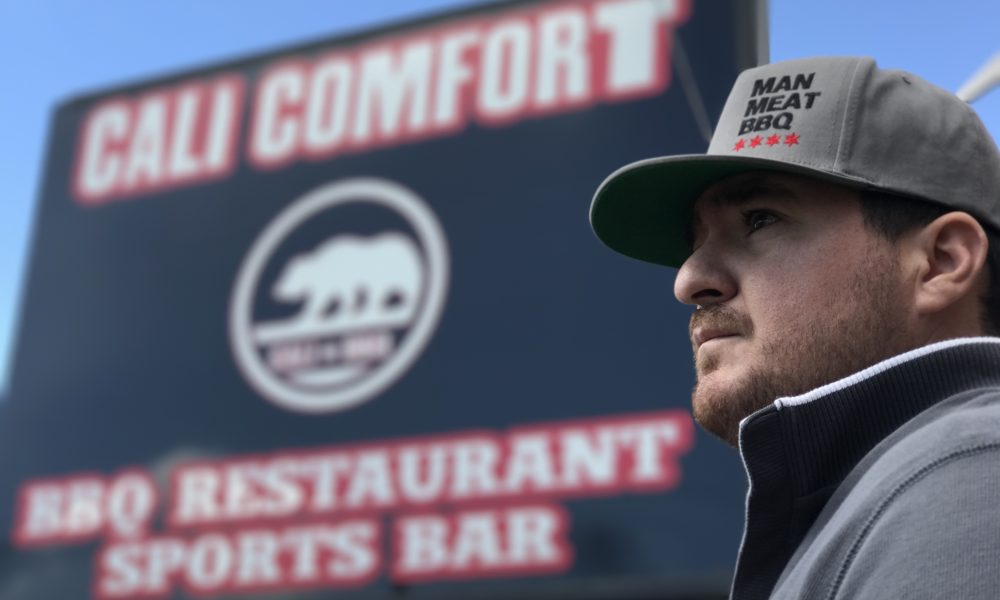 Today we’d like to introduce you to Shawn Walchef.

Shawn , can you briefly walk us through your story – how you started and how you got to where you are today.
– Raised in La Jolla by my Bulgarian grandfather and Japanese grandmother into a life of “immigrant white privilege.”

– Started bussing tables and washing dishes at the age of thirteen at our family’s country breakfast restaurant in Spring Valley while attending the Bishop’s School.

– Hated working on the weekends when all my friends were playing sports and vowed to go to college so I would never have to work in the restaurant again.

– Attended the University of Colorado in Boulder for two years and my one of my best friends and future business partner, Corey Robinson.

-We both decided to study abroad in Alicante, Spain. During that trip my grandfather asked if I was willing to move back home to San Diego so that I could help him complete his autobiography and help him with his businesses. I applied online and was accepted to the University of San Diego while studying in Spain.

– Moved back to San Diego and graduated from USD with a degree in Sociology while working full time and helping to complete my grandfather’s autobiography, “The Harvest: How a Bulgarian Farm Boy Grew Wealthy in La Jolla, California.”

– In 2007, I had an opportunity to buy my grandfather’s type 47 liquor license which was assigned to the Spring Valley family restaurant where I had grown up bussing tables.

– Corey and I went into business with the existing operator who was running Howard’s Country Kitchen. Our vision was to add the liquor license and create a sports entertainment bar and restaurant in an area that was severely underserved for families.

– The partnership with Howard failed in under six months primarily due to a lack of trust.

– The property owners contacted Corey and myself to see if we would take over the leasehold rights and run the business ourselves.

– April 2008 we opened California Comfort Restaurant & Sports Bar with 18 employees and closed out the year scraping to keep the doors open. We closed 2008 grossing just over $400,000.

– In 2009 I changed the name to Cali Comfort for marketing purposes and we started trying to do anything to get people into the doors. After making fun of Corey early that year for being on Facebook I found out that you could use Facebook to get more business. Going all in on social media and events transformed our local business into a brand that people followed who had never been to Spring Valley.

– In October of 2010, after getting so many requests to hold fundraisers for local youth sports teams, we decided that hosting an annual community charity event would be the best way to impact the youth in our neighborhood.

– I contacted the Kansas City Barbecue Society (KCBS) and they provided three names of people who could help us with advice on running an amateur BBQ contest. Gene Goycochea became my mentor for our first annual Spring Valley Tailgate & BBQ Festival and our consultant who taught us how to cook competition low-n-slow barbecue for our restaurant.

– I contacted Derek Marso, a third generation butcher who was in the process of taking over his family’s grocery store, Valley Farm Market, to be the meat sponsor for the contest.

-After our first event, I decided to go all in on cooking craft California barbecue with Gene’s assistance and using the smoker’s he competed with to win KCBS championships. I closed our weekday breakfast business against all advice from our staff and guests so that we could focus on cooking low-n-slow barbecue. We became Cali Comfort BBQ and never looked back.

– Became an official sponsor with the San Diego Gulls

2017 – Started a business and marketing podcast with Derek Marso called Behind The Smoke: BBQ War Stories

– Catered twice for the Los Angeles Chargers before they moved as well.

Has it been a smooth road?
Owning and operating Cali Comfort BBQ has definitely not been easy which is why we started the Behind The Smoke: BBQ War Stories podcast to share the entrepreneurial struggle and all its rewards. I would not change one sleepless night as we love what we do every day.

How do you think the industry will change over the next decade?
I am currently working with Derek Marso on creating a sustainable and labor efficient food service business that combines the best things that we do at Cali Comfort BBQ and at Valley Farm Market. When Amazon buys Whole Food then we know a huge shift is coming.

There has been no better time to be in business with the exponential growth of digital and social marketing.

Our brand can reach a global audience and revenue streams from business to business will flow in ways that were never possible for restaurant owners and event planners. We are very bullish on audio technology especially with Amazon Echo in the home and the TuneIn app getting built into Tesla’s which is why we are so focused on improving our Behind The Smoke podcast every week.