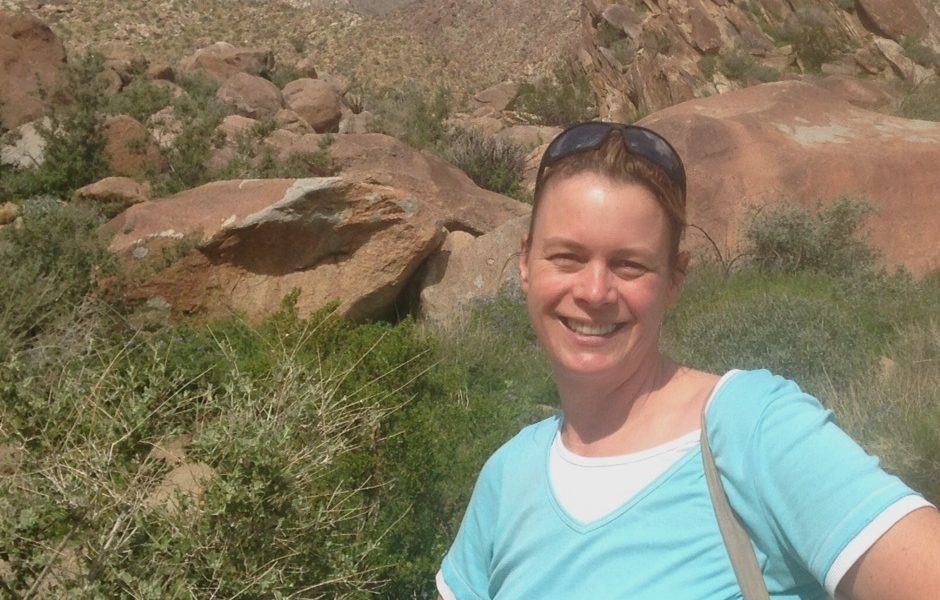 Today we’d like to introduce you to Simone Hogan.

Simone, can you briefly walk us through your story – how you started and how you got to where you are today.
I have had a passion for photography and journalism ever since high school, but I was living in East Germany at the time, so studying this field was impossible unless you were in the communist party. Which I was not, and had no intentions of ever being. So I studied architecture instead, and shot photos for the newspaper as a freelancer. In 1988 I ran into an American camera man, who was in Dresden covering the International Dixieland festival. I was fascinated by the camera, and basically followed him around like a puppy to see what he was doing and how.

We ended up falling in love, and that’s how I ended up in San Diego – married, and completely entrenched in the video business. Instead of a table, we had an editing suite in our dining room, and I got to learn the business from the ground up simply by doing it. When the wall came down, I went back to Dresden and made two documentaries – with nothing but passion and a borrowed S-VHS camcorder. They are still found in many college libraries.

I worked as a freelance writer, shooter and editor for a few years, until it dawned on me that I was basically doing all the work, while someone else called himself the producer. That’s when I went into business for myself. It was tough, being a woman in the video field – this was the early 90’s. For years, I was the only girl on any crew, and going on a solo career trying to woo the corporate clients, who were invariably men, was very hard. Basically, I had to be twice as good as the guys to convince the clients that I knew what I was doing.

I am the typical one person production team, taking a program from concept and script writing all the way to the final edit. I love what I’m doing, and enjoy all aspects of the production process equally. Having the internet, and with it the ability to show my work to prospective clients, has been wonderful, and I feel has leveled the playing field. People hire me today because they like what they see.

We’re always bombarded by how great it is to pursue your passion, etc – but we’ve spoken with enough people to know that it’s not always easy. Overall, would you say things have been easy for you?
As I mentioned before, being a woman in this field was very hard at first. I remember one instance where I worked freelance for a male producer doing all of the work behind the scenes, even fighting with him in the editing room to make sure his client got the program they deserved. Yet, when this producer moved out of town, I was not able to convince his client to even give me a chance. It was very much a “good old guys” club back then.

Another challenge was the immense start-up cost in this industry. Editing was done in an analog way, and a single Betacam deck cost $20,000. You needed three, to make it work, plus a switcher. Cameras were in the range of $30,000. There was no way I could afford any of that, so I ended up paying out most of what I made in rentals. This is when I learned in a big hurry to estimate editing hours correctly!

Apple’s Final Cut Pro software was a huge game changer. Before then, Avid had cornered the market, the cheapest system being around $50,000. Now suddenly, one could edit for a total investment of about 5K. Cameras too came down in price, and I was able to accumulate all the equipment I needed. The flip side of this is that today there is a lot more competition – every kid with a digital camera and iMovie on their Mac now thinks they know how to do video.

So let’s switch gears a bit and go into the Coastline Productions story. Tell us more about the business.
When it comes to video, I have done almost anything within the spectrum of what’s known as industrial / corporate video. I do not do weddings or parties, and I do not do movies or commercials – my field is the broad band in between. I have hung out the side of a helicopter taking aerial footage, and the side of a boat, shooting the America’s Cup. I’ve laid in the back of a pick-up truck shooting Harleys on the freeway. I’ve crawled through basements, stood on roof tops, trekked through fields. In my 25 + years of doing this, there’s very little I have not done with a camera.

Today, I specialize more in educational and training programs, including product demos and employee orientation. I see training as one of the largest opportunities in video. Everything can be learned so much better by seeing.

I believe what sets me apart from others is that I am extremely detail oriented. When I produced a video series for Hewlett Packard, training technicians how to properly maintain a photo printer, I read the entire technical manual first, to make sure I understood how to do it. The client was very impressed when I pointed out inconsistencies in their instruction manual to them. I often get feedback along the lines that I many other producers feel training programs are somehow boring, or beneath them. I enjoy creating training videos, it suits my methodical approach to things.

I learned my trade in the analog days, when you had to have your plan in place before you ever set foot into the editing suite, or you would pay dearly. When I write the script, I know exactly what will be on the screen at any given moment, I see the video playing in my head. I don’t run out shooting random footage and hope it will somehow work out in the editing – and it drives me crazy how many people do this today.

One of my proudest moment was producing a series of 14 educational videos for Sally Ride Science. The budget was very much shoe string, and I handled everything from negotiating locations to making sure everyone wore the right shirts on the shoot day. At some point I wrangled 80 students actors and their parents, plus of course the entire technical part of the shoots. There was a crew of two. When you look at these videos, they seem like a live action scene in a classroom, shot with three cameras. In reality, every word was scripted, and each shot planned out.

Has luck played a meaningful role in your life and business?
Looking back, I see that I had an absolutely unique opportunity to learn my trade by jumping in full steam, and just doing it. You can’t learn video in a school, you have to do it.

What makes you a seasoned professional is that at some point you have made all the mistakes, and each one is very painful, and that’s how you learn to never make that particular mistake again. When I started out, my husband was in charge of trying to get a low power TV station, Channel 17, off the ground. While they were waiting around for the license to be approved, we had access to the video equipment, and simply went out and practiced putting shows together. We shot concerts and news casts and cooking shows – but none of it mattered yet, and nobody killed you if you messed up the white balance or forgot to take the gain off.

Ultimately, the TV station failed because the FCC did not require cable to carry these small local stations, but I got an amazing learning experience out if it.