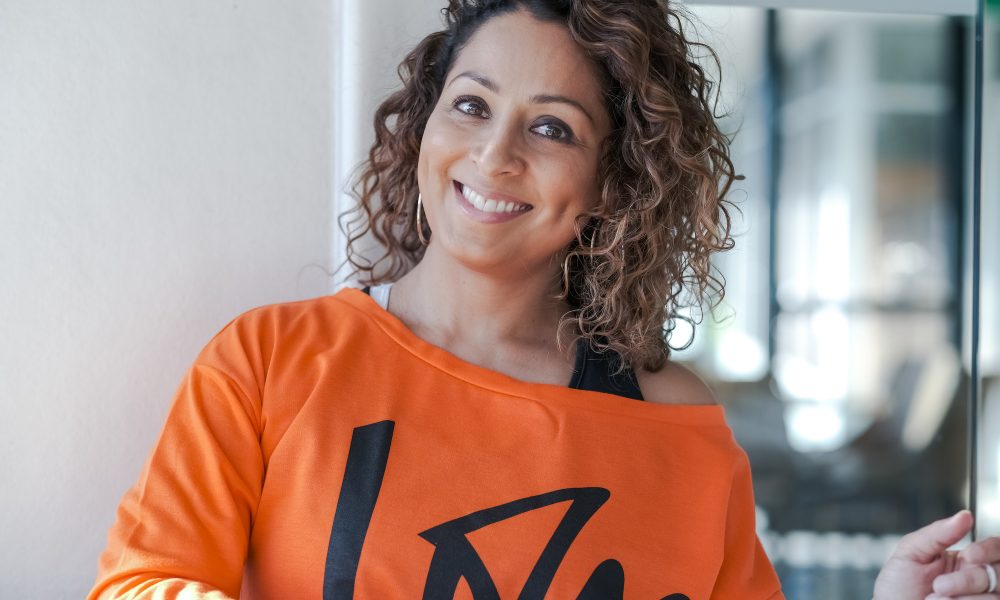 Today we’d like to introduce you to Sofie Khan.

Sofie Khan is a queer, 1/2 Mexican and 1/2 Pakistani as well as creator, writer and performer of the show “Mexistani.” She grew up in a Black and Puerto Rican neighborhood in Chicago with the exception of seven years in Brownsville, Texas – Bordertown to Matamoros, Mexico.

Sofie Khan’s career started with a monologue she wrote about being Mexistani to audition for Teatro Luna, co-founded by Tanya Saracho and Coya Paz. After being accepted into the group, Sofie started working on Mexistani as part of the Solo Latinas Project and showcased it at No Exit in 2004. Most recently, Sofie has been virtually performing MexiStani: Growing Up Mexican and Pakistani in America since its sold-out, award-winning premiere at the Hollywood Fringe Festival.

She has been invited to several conferences, colleges and universities to perform Mexistani as well as speak about queerness, her multiracial experiences in being Latinx, South Asian and interfaith to promote diversity, inclusivity, intersectionality and collaboration. She has held principal and voiceover roles in various commercials, films and plays. She can be seen in the YouTube web series #UnfairandUgly, and indie films – Finding the Inti and The Last to Repeat.

We’re always bombarded by how great it is to pursue your passion, etc – but we’ve spoken with enough people to know that it’s not always easy. Overall, would you say things have been easy for you?
LOL, the total opposite! If struggles were tattoos, I’d be covered in tats! It has definitely not been a smooth ride whatsoever. While I was happy in Teatro Luna as well as Rasaka Theater in Chicago, I was dealing with a physically abusive relationship behind closed doors. I hung onto creating any form of art, acting, writing, music, poetry, fashion design as a way to escape and gain strength. I eventually got through it and came to California to have a fresh start and continue my passion in the arts. Being queer in the Muslim community brings a whole other set of challenges as well. I think the biggest struggle along the way is navigating my identities while finding my tribe as I work towards my dreams and goals.

It is thoroughly rejuvenating when I do come across other folks or couples who are mixed. It as if the world just melts around us as we begin to share stories of all the trials and tribulations of being mixed. This is just the tip of the iceberg, there are so many more stories! I pour my experiences into my blog www.swerveandswirl.com to showcase the intersection of life’s sharp turns, mixed race, queerness + wellness in hopes that it will provide others strength, courage and visibility.

Mexistani – what should we know? What do you guys do best? What sets you apart from the competition?
Mexistani chronicles Sofie’s life and struggles as the daughter of a Muslim Pakistani immigrant father and a supportive, Catholic, Mexican immigrant mother. Her mother ended up being a confidant as Sofie secretly rapped in elementary school talent shows, took dance classes, played the flute and performed in theatre. She journeys through storybits about everything from Trader Joe’s tamales to growing up in a Black and Puerto Rican neighborhood in Chicago. In Mexistani, Sofie also goes through her Mexican-Pakistani identity triumphs among Catholic and Muslim family members, being engaged as a high school sophomore, TSA agents, gas station cashiers as well as her work experiences in politics, education and tech. “Sofie Khan is super talented, funny and warm!” – Gina Yashere, Comedian, Writer & Co-Creator, CBS Bob Hearts Abishola.

So, what’s next? Any big plans?
Mexistani is growing! It’s grown into a screenplay, web series and there are products currently being created that showcase my life’s experiences along with the experiences of many culturally and racially mixed folks – I’m sure a podcast is in the future as well. I’m most excited about products that I’m co-creating with my family because this is our shared experience. It’s thrilling to create my own content because I get to design a world where I fit in whereas in the real world, I may not fit a director’s image of a Latinx or South Asian actor.

I’m continuing to grow the Swerve + Swirl community, my lifestyle blog that aims to continue the conversation from our human gatherings and life experiences.

I’m also excited about participating in writing and mentorship programs, weekly acting sessions, and zoom performances to stay engaged and connected with artists and directors. But ultimately, I’m excited about helping to create opportunities and mentoring folks, especially during covid-19 and the current unemployment rate. 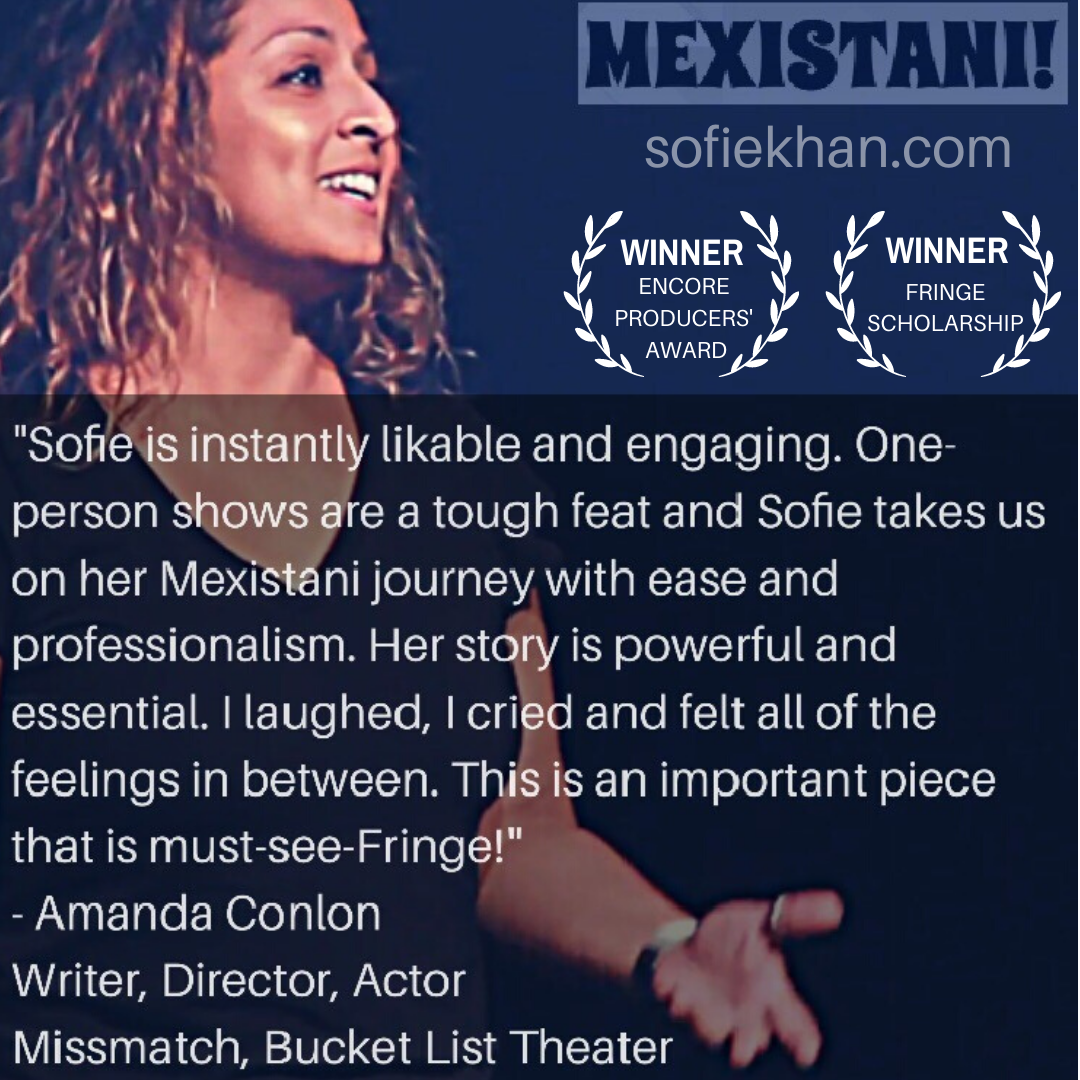 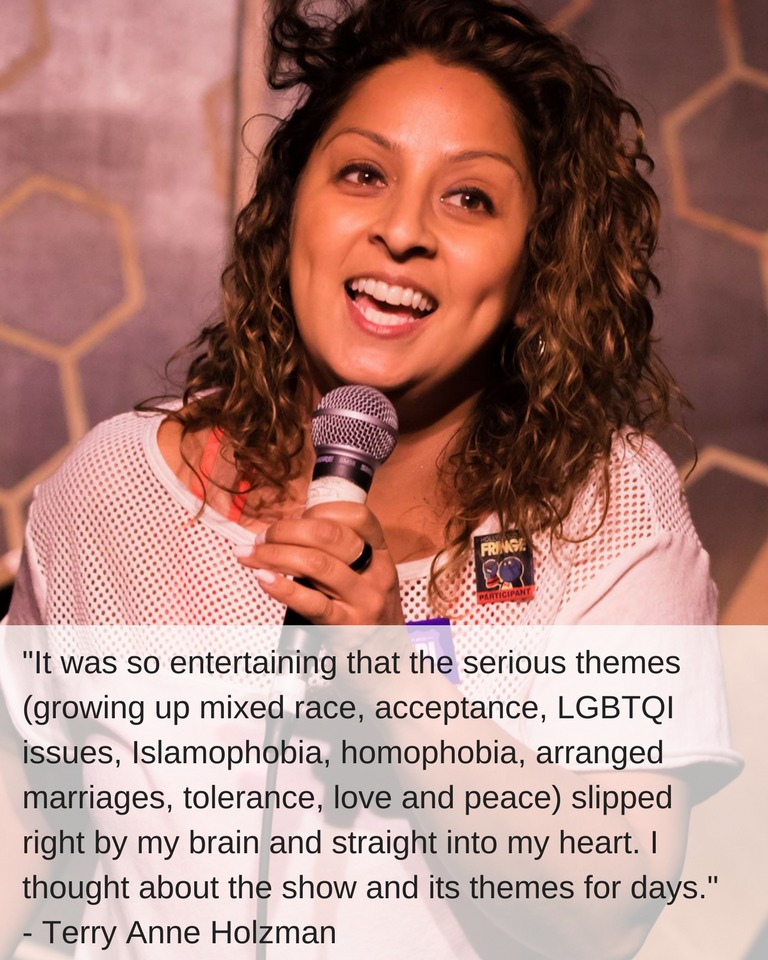 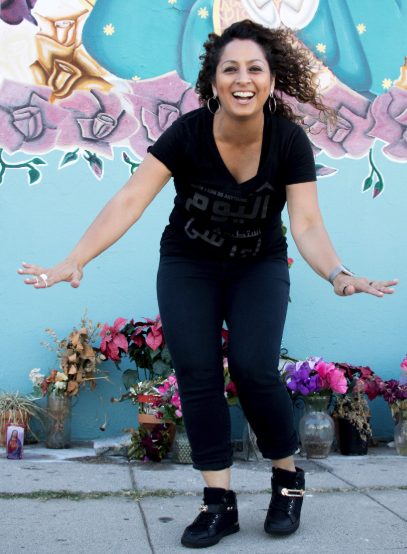 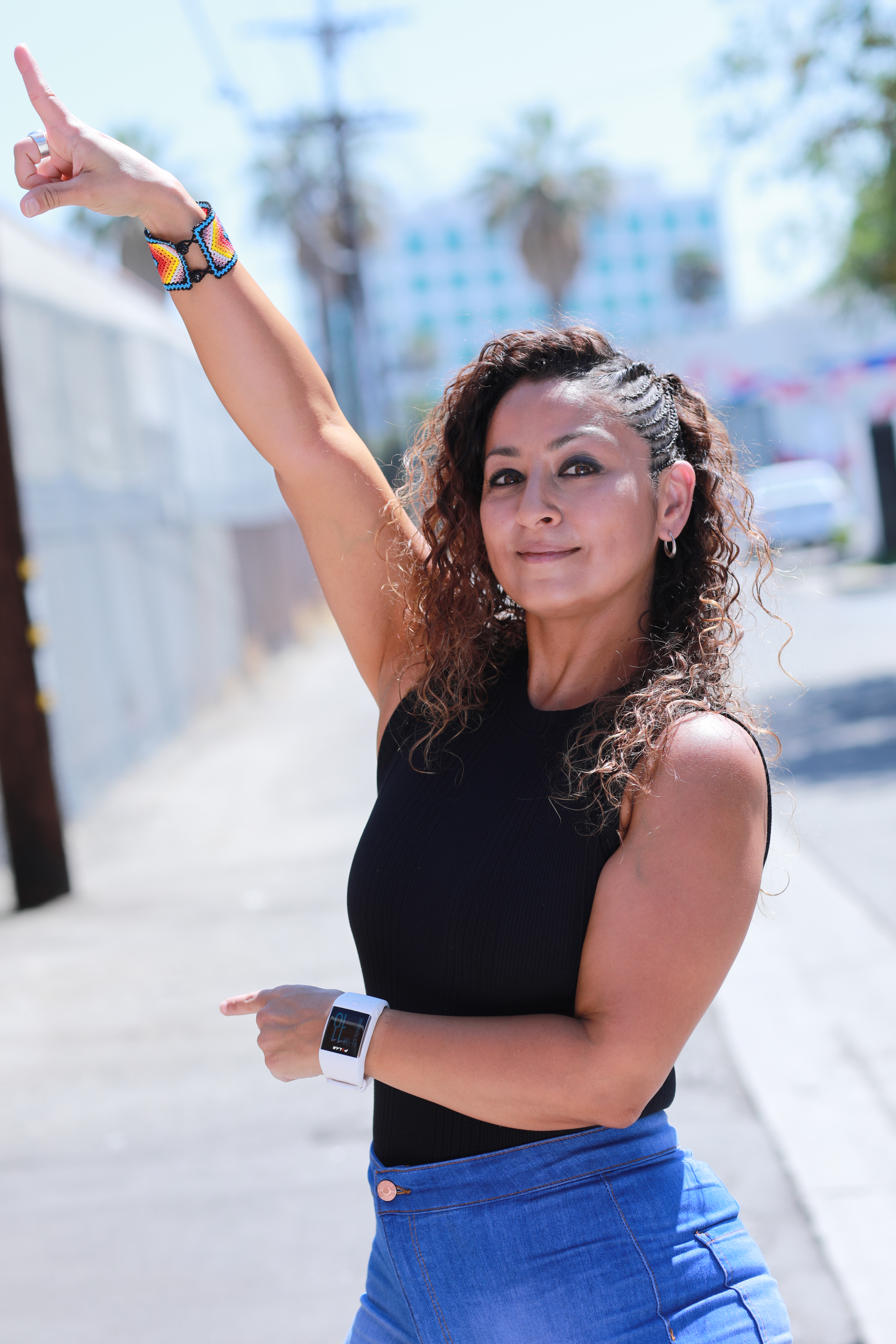 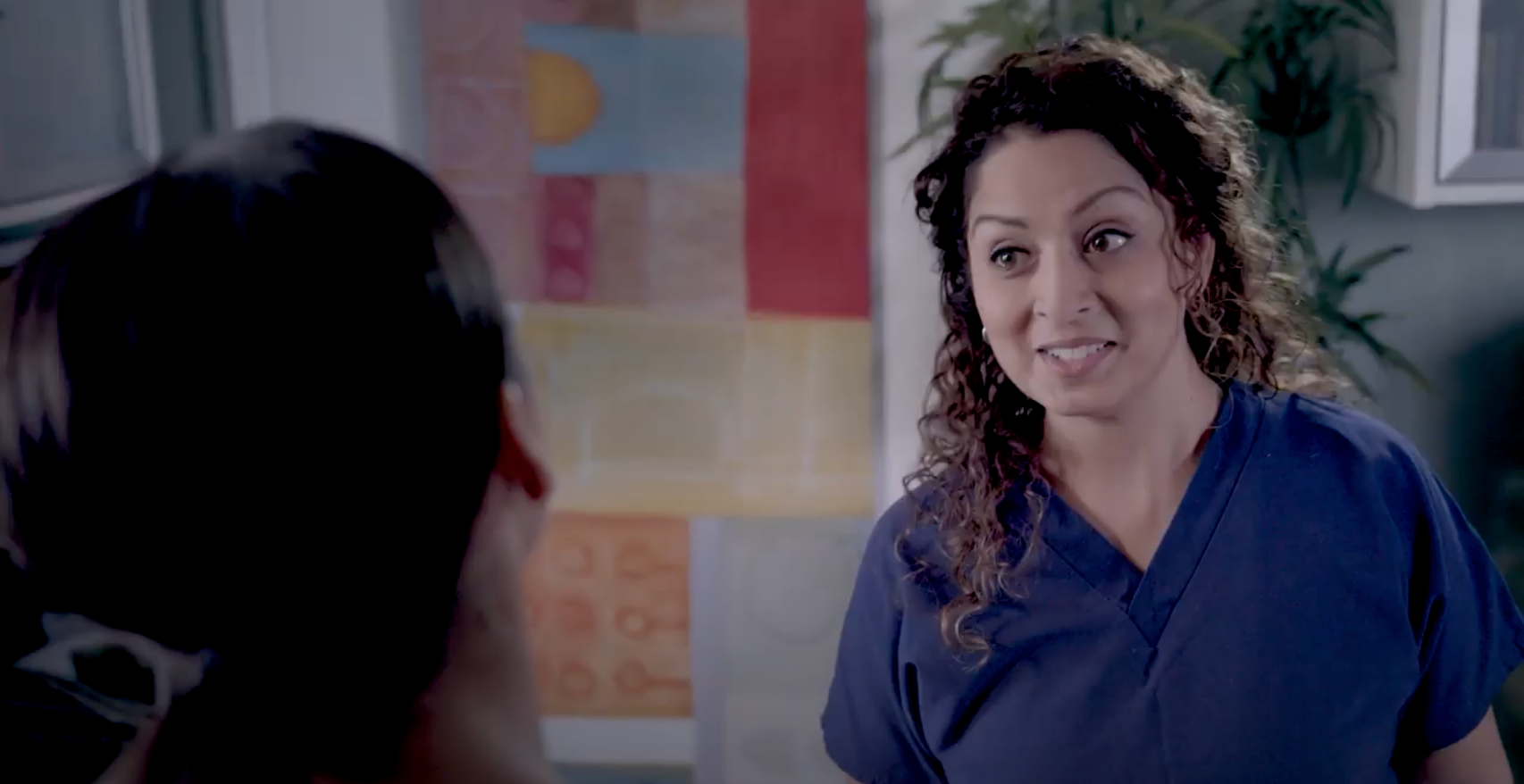 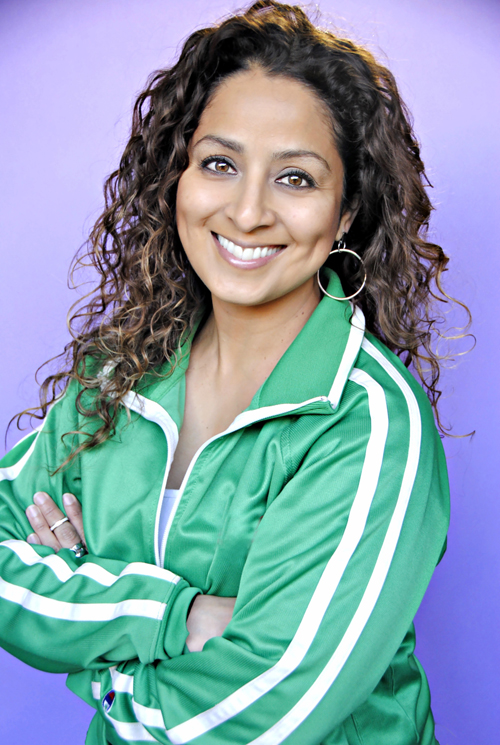 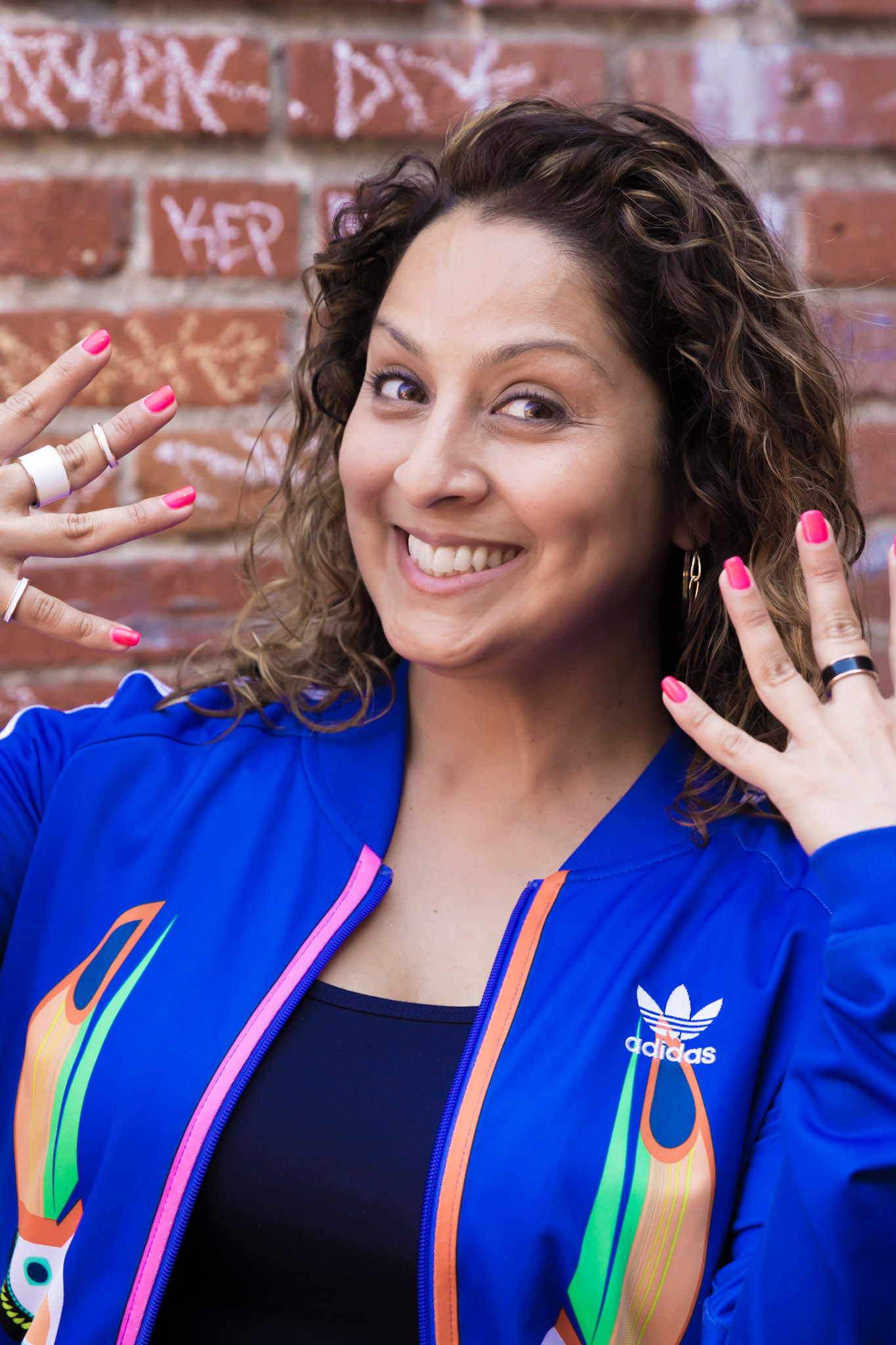