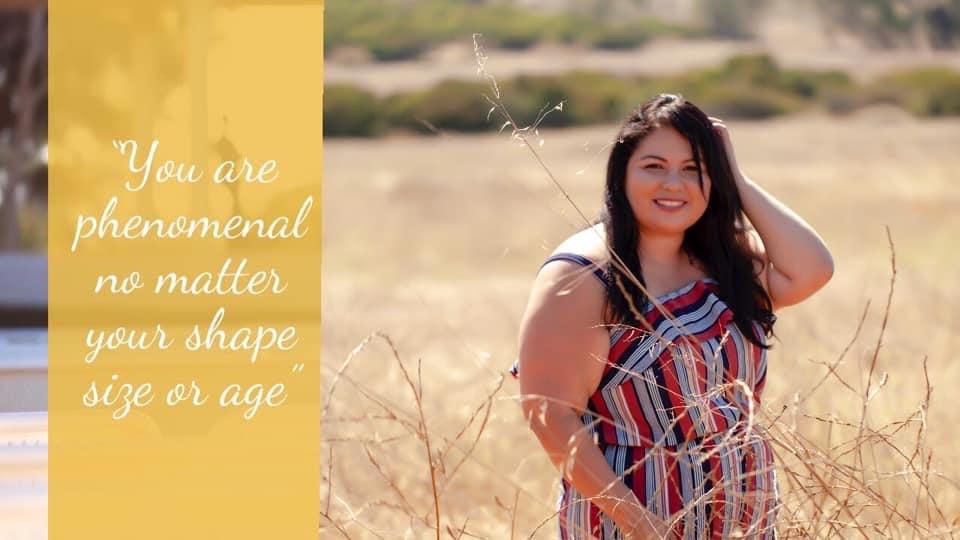 Today we’d like to introduce you to Stephanie Aleman.

Stephanie, before we jump into specific questions about the business, why don’t you give us some details about you and your story.
Some people say your trials and tribulations make who you are today! I was born and raised in Sherman Heights, San Diego, CA. In 1983 in a Hispanic family of four. My father a carpenter and my mother a caregiver, both hardworking role models. As a child my grandparents and parents would tell my siblings and I, stories how they made it here in the united states. How tough it was to not understand the English language.

Sometimes as children we don’t recognize the blessings we have until something that impacts our lives changes our view. Some people might be like me, growing up, and graduating. When I Graduated from Mission Bay High School in 2002, I didn’t know what or where or how to pursue life. What would be the next step’s? I envision my life as an artist, I just didn’t know what kind exactly.

I was an average girl, with an average mentality. Finish school, get married, have babies, get a car, a house and live happily ever after. Have you ever heard about this before? as a young wife, and expecting. I didn’t know life was going to change when I followed up to a visit at the Doctors office. It was Feb 6 2004, I was experiencing throbbing abdominal pain, and I didn’t think it was normal, as I explain the details of my discomfort to my doctor, they prepared a sonogram… the room was quiet and the doctor announce, he could only hear one beat. I was advice to head over to the Emergency Room. When I arrived to the Emergency Room the doctors, and nurses addressed the situation and with the kindest words they could express they told me “your baby doesn’t have a heartbeat, it’s known as a STILL BIRTH, I asked why or how does this happen, they didn’t have a proper answer. My heart was broken with the news. As a ward patient after induction labor, I was asked if I wanted to see my baby with a broken heart I said yes. The next day the nurses brought my baby and asked the following, I had two options, if we wanted to cremate or buried our baby with only one income in our house hold by my husband and I went through our finances, and we knew then, we could not afford to buried our baby with support, we buried our baby but took us seven years to have our baby’s head stone on his grave.

March 2004, with a broken heart, and not knowing the cause of why I wasn’t a newly mom. I made the decision to find out why, why did this happen to me? I enrolled to United Education Institute “UEI” and graduated as a “Medical Assistant”, later in the years completed my Associates Degree at California College San Diego, completed my externship at the Naval Medical Center San Diego. I was hired as a per diem contractor. Eager to learn, I went from Primary Care, OBGYN, Pediatrics, Adolescence, ENT, Plastic surgery, Cardiology just to name a few. August 2005, I was Offered a full-time position within the Medical Branch and I loved it.

Sometime in 2011, my friends and I made a friendly competition, to see who would be the biggest loser. And even though I wasn’t the winner, I felt like a winner because I had lost over 60lbs. My colleagues noticed the change, and just while talking, she asked “Stephanie have you thought about modeling? “. At the time I just though it sure would be nice to get paid to get dolled up and have my picture taken all the time. I didn’t pursue anything at the time.

One day, I was walking at the San Diego convention Center for “Comic Con” when I spotted who is today my mentor! Mrs. “Debbie DerryBerry!” whom took the time and Trained me as a Voiceover actress. For those who don’t know Debbie, she is Hollywood’s most active voiceover artist AND multi-talented kids’ entertainer, Debi Derry berry who is probably best known as the voice of Jimmy Neutron. Debbie gave me plenty of recommendations.

after my intense trainings, I wanted to pursue more of the entertaining industry. I applied at several Acting schools, but only one stood out from the rest. Tower Talent Studio West caught my attention, I signed up for Acting, Modeling and Signing. They taught me the basics of how to become an artist.

one day one of my colleagues, asked me, “Stephanie you know you are very driven, have you thought about starting your own business?” my colleague introduce to me a Network company called 5LINX. I learned, self-development, marketing skills, public speaking and much more from my 5LINX Mentor the Achievers, Lisa Nicole Cloud, Thomas Felder, Les BROWN, and Marshall Silver.

As a Plus size model I get Trolled from time to time, because I’m not the average Curvy Model some people, expect. I started a campaign to motivate and inspire others. I even created my own quote, “You are PHENOMENAL no matter your shape, size or age!” I competed at The Industry Network “IN” and Won top 10 Honorable Mentioned Curvy Model of the year! I been modeling for companies around the world.
over time, people have asked me if I could teach them how to become models, I decided to write a book, based on all my tools and tricks that work for me. I actually want to help those who want to get started pursuing their modeling career but thought they couldn’t because of their shape, size or age! I recently released three books “Curvy Petite Model 101: The quickest way to get started” “Modelo yo!” “Be the Change: The Working Woman”

Has it been a smooth road?
Who ever said life was easy! I don’t believe it! we all got our own problems. I have always believed there’s a solution to every problem it all depends how we handle it. I don’t like leaving things for later because maybe later won’t come. I have learned over the years that it’s better to try and do things then find out the details later, for some it might be premature to do so. However, it also depends on the project or what you’re dealing with at the time.

When I finally decided to push forward my modeling career to the next level, I had encounter a challenge, I was trolled! people would try to humiliate and destroy my inner peace and state I wasn’t the image they wanted to see as a curvy model. They would go above and beyond to make sure I knew I wasn’t as good as the models they look up to. When the bullying/ trolling occurred, I read the messages and instead of feeling depressed I used the negative feedback to help me correct the problem.

I had a talk with my manager Camie from “Hollywood Talent Associates” and Megan from “Tower Talent Studio West” the questions I had for them was, “what is the next step to be a model? “, that’s when The Industry Network came out. I needed to compete, I needed to show case what I can do. And I did! I also signed with a managing company “Crawford Talent Management” I feel that the Challenge I had faced; I was able to conquer with patience and solution.

So let’s switch gears a bit and go into the TheAlemans story. Tell us more about the business.
My name is Stephanie Aleman and I have many hats. They say you need multiple layers of income, and I believe it! I’m a Business woman, I Established my California Business “TheAlemans LLC”, “Pop Social Media”, “TheAleman Studio”. I am the Author of “Curvy petite Model 101” “Modelo Yo!” “Be the Change: The working woman” “Se el cambio: mujeres trabajadoras”. I’m a Mexican American Actress and Petite plus size model and a Medical Support Assistant, Film Director, Film Producer and Project Manager for the film industry. I’m always open to learn new things, and If given the opportunity, I like to give it a try and see if it’s something that works.

How do you think the industry will change over the next decade?
I believe we all create our own destiny, although we might not see it at this time, but might have a vision or dream of it. I’ve always been a curious one to try out new things. I started a t-shirt fundraiser a while back and it was successful. I am currently working on a clothing line soon it will be on the market. Some might not be aware, but few years ago I started my own production company and been managing teens in the modeling and acting industry. In the next 5-10 years the goal is to have the same motivation and not give up on the vision to help others succeed on their goals on becoming an artist of their choice. I believe it is possible with hard work and patience. 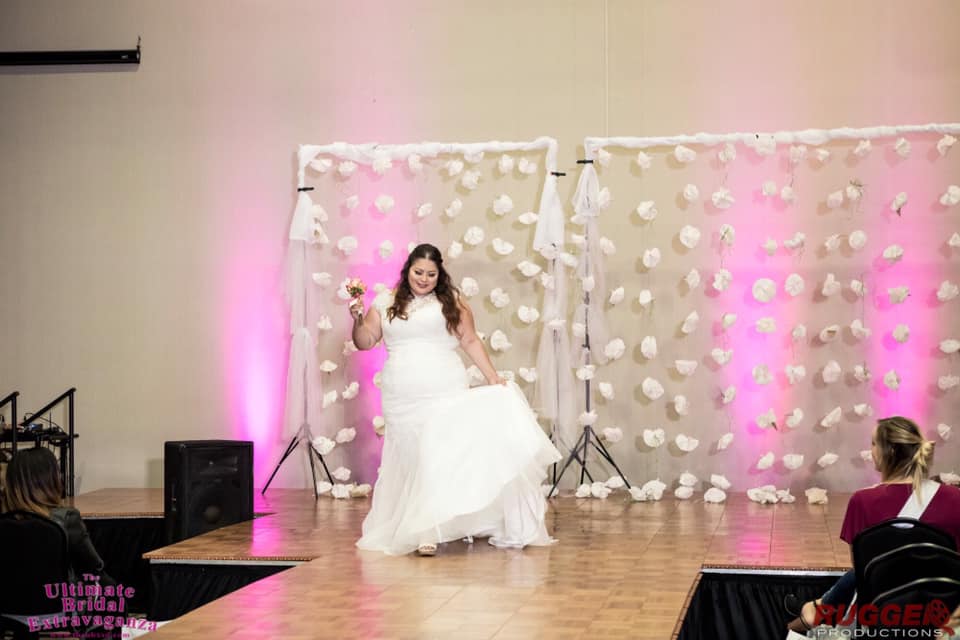 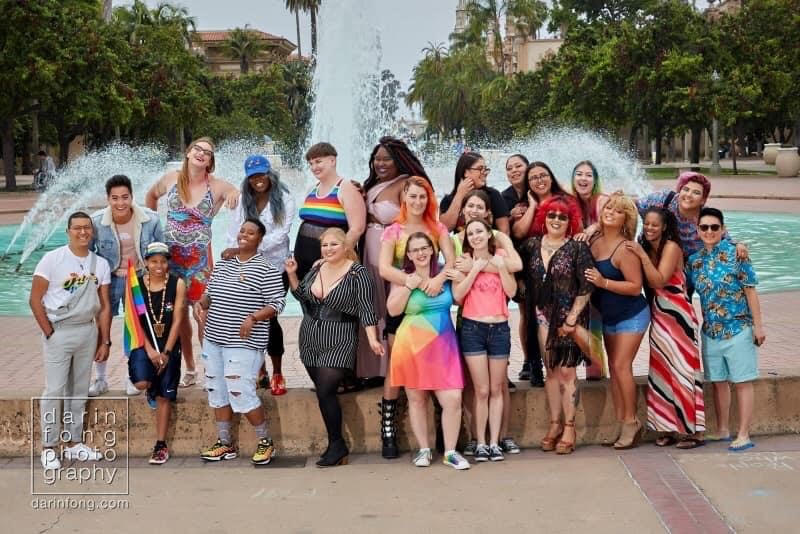 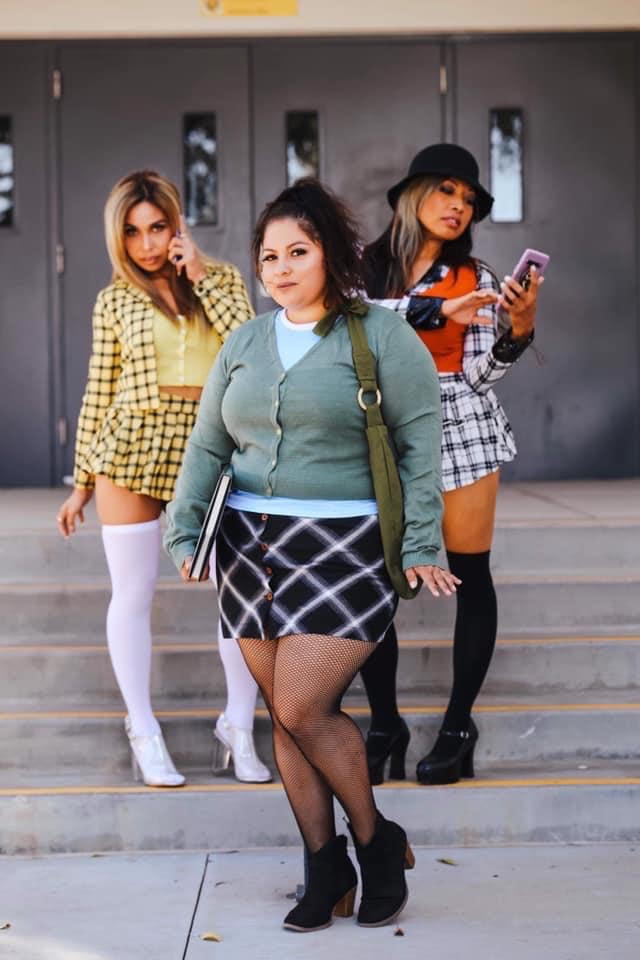 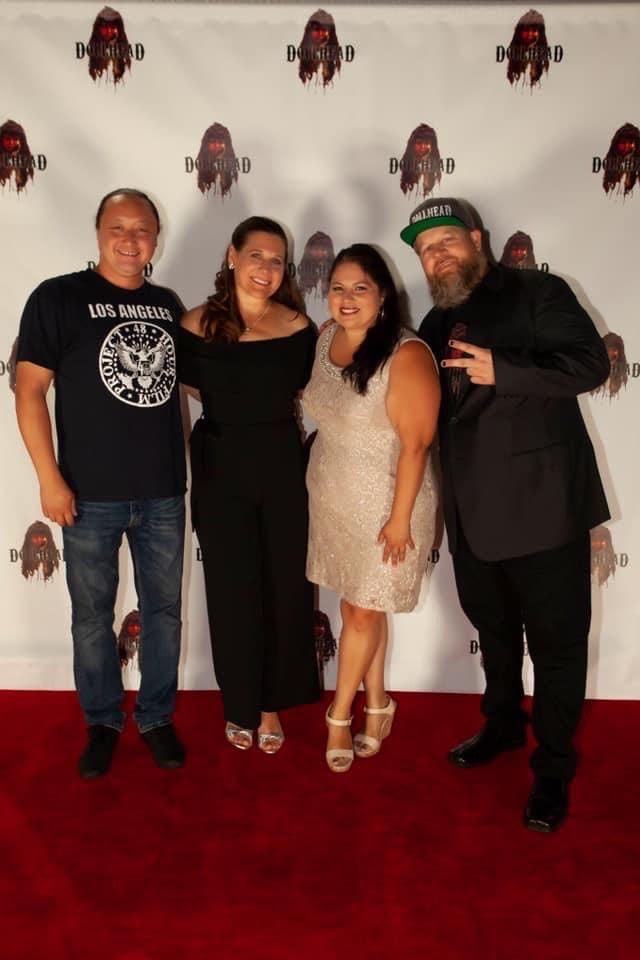 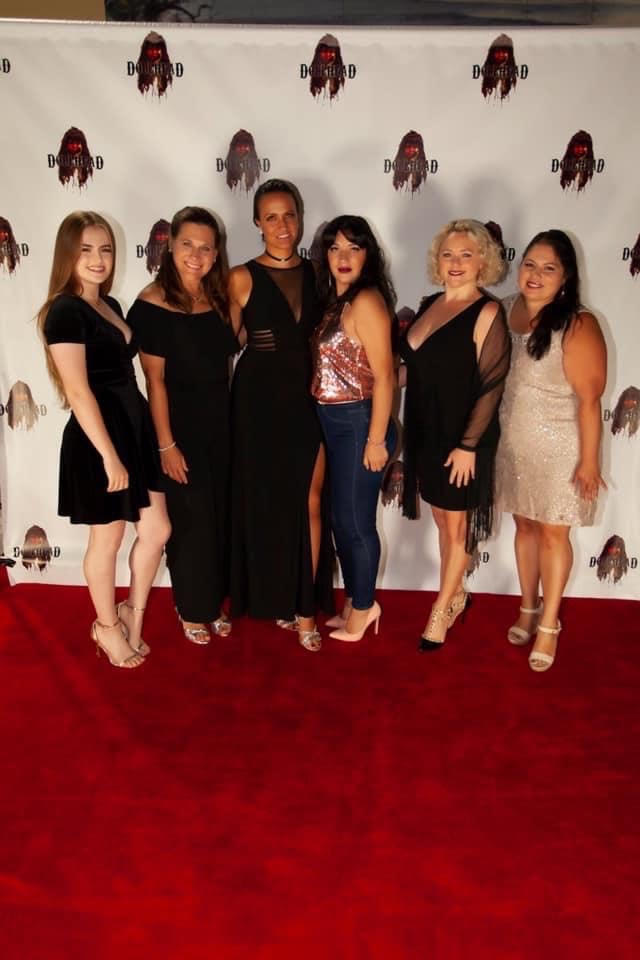 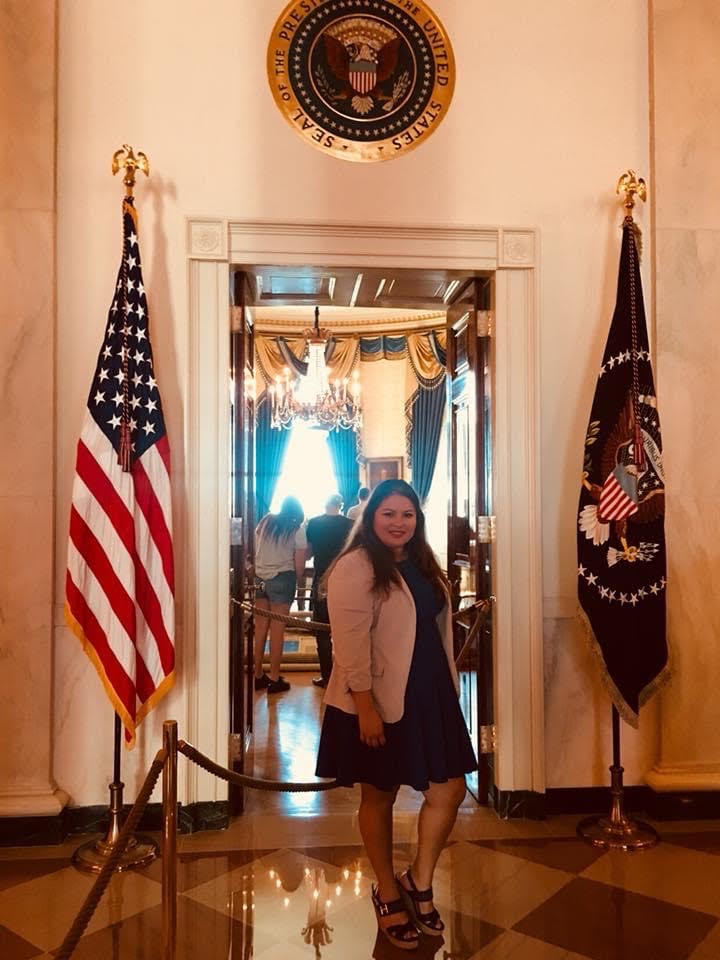 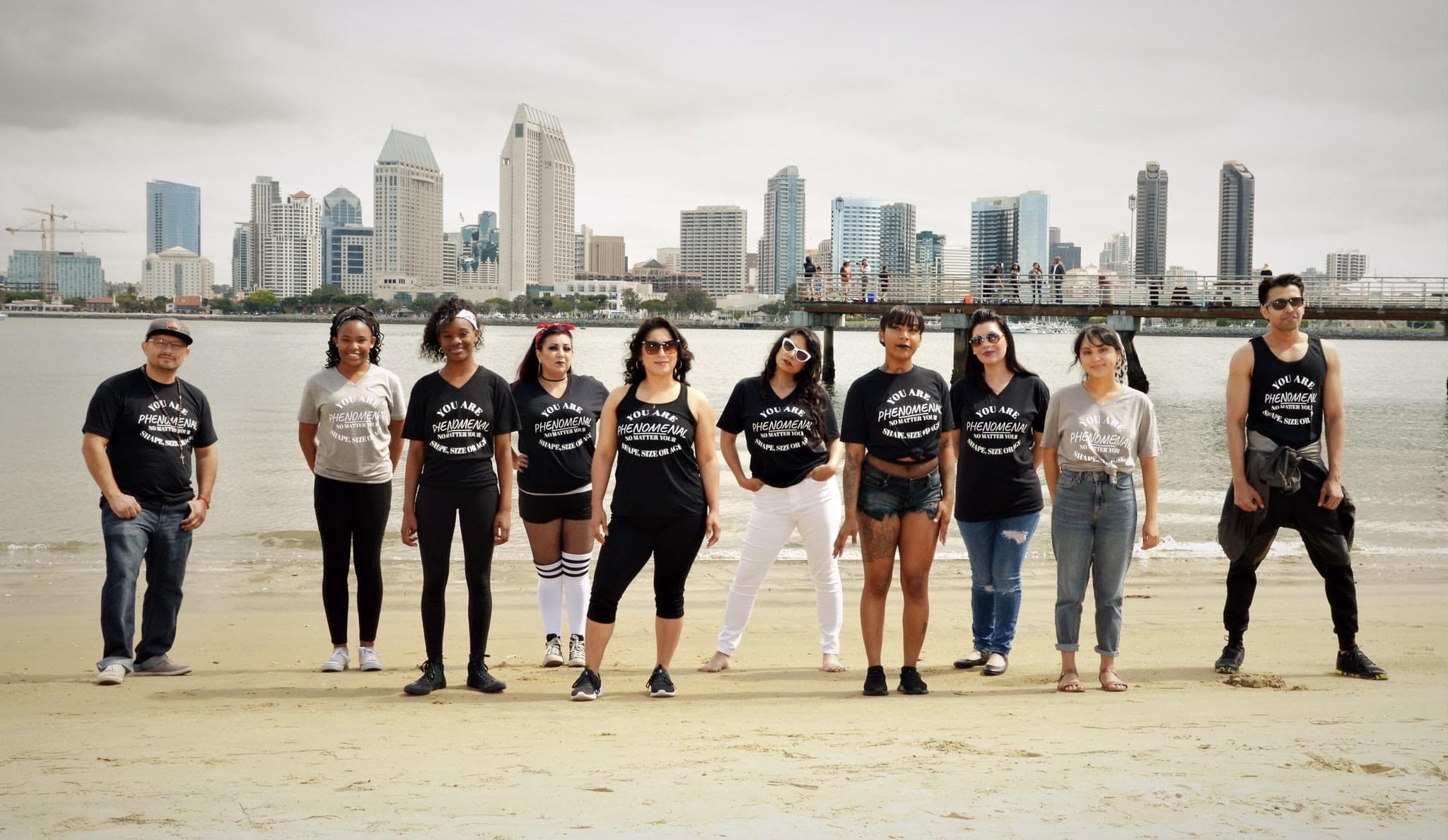