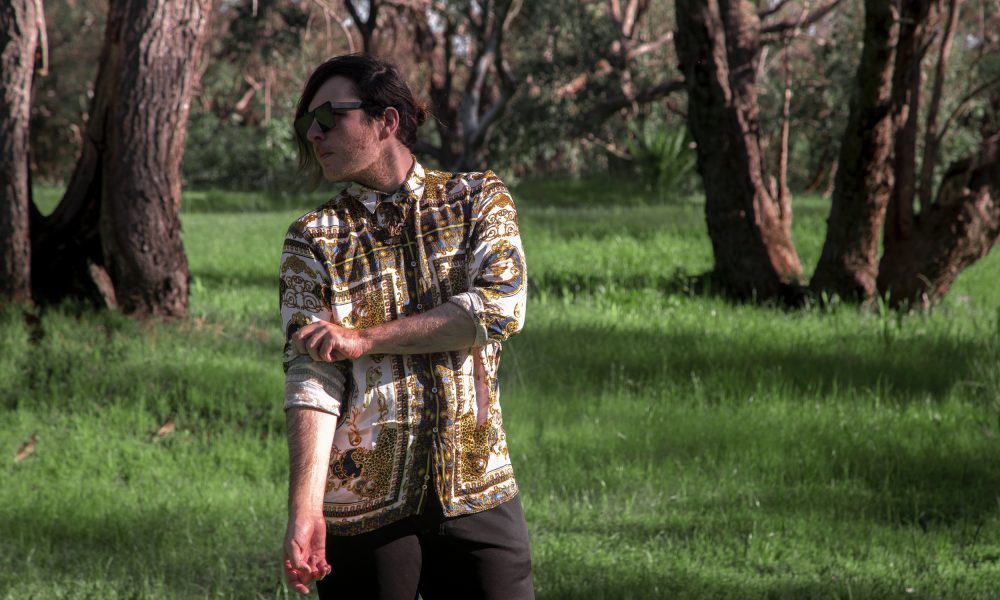 Today we’d like to introduce you to Stephen de Filippo.

Stephen, please share your story with us. How did you get to where you are today?
It’s been really strange, and if I look back five years or so, I never thought that I’d be living in the United States. The US always seemed like this foreign place, although similar culturally, just much more corporatist, bombastic, and with weird accents. There’s obviously much more substance to the whole place, I know that. I’m currently stuck overseas at the moment because of the whole COVID situation. But I miss being in San Diego and hope to return soon. I miss standing at the cliffs of Black’s Beach, looking out at the endless sea, and then to be able to turn around and see the mountains on a clear day. Or pounding the pavement down University Ave with a huge burrito.

Anyway, I’m a classical musician first and foremost — sometimes a singer, more-often a composer. What I mean by that is that I write music for traditional classical groups like the orchestra or the string quartet, but I’m trying to approach these groups in new ways. I moved to San Diego from Australia in 2018 after I was accepted into a graduate music program here at UC San Diego. Before then I was based out of Perth, on the west coast of Australia. I was scraping by through taking up singing gigs in churches and with choirs and the odd teaching engagement. I used to sing a lot of old classical music, like opera, and as much as I enjoyed it, there didn’t seem to be enough of a connection to the style of music I was writing.

I was really lucky to have support from the Harold Schenberg Foundation in Australia to have me come over to the US to study. I’d never even been affluent enough to travel overseas before I got the grant, so it’s been really overwhelming having to adjust to living in another country. Since being here, I’ve been able to travel and present my music in around the US, Sweden, Canada, opportunities to go back to Australia, and in 2021, hopefully, I will be able to do a 9-month fellowship at Harvard University.

Great, so let’s dig a little deeper into the story – has it been an easy path overall and if not, what were the challenges you’ve had to overcome?
It’s not a smooth road. I don’t think this genre of music has a smooth road. We’re talking about a subset of classical music here. Classical music may have a what, 1% listenership in commercial US radio? Less-than? So I’m trying to tap into an audience that is interested in a progressive sub-genre of classical music — a 1% of 1%. We’re not talking about something, that on paper, will necessarily have marketable success. And I have only gotten to this country through a model of patronage. People who care enough about my music to want to share it with others, to share it in America.

So, there have definitely been struggles associated with pursuing this form of music. Some people may dismiss it and say, well, the music is too scary, or silly, or they don’t get it. And that’s fine, but we all possess the capacity to interpret the most complicated music. I’m promoting a space where you’re focussed on this one event — you have a focus on the sounds that are being produced. Sometimes it maybe is unclear on what is happening or which instrument is playing. My friend has fun in trying to suss that within the music, she would stand up during in a concert and try and spot where a sound might be coming from.

COVID has also put in place a lot of hurdles. My music has an emphasis on live performance — you have to see the event. A lot of us are trying to figure out what this even means in a COVID19 world.

Can you give our readers some background on your music?
So, take what you know about classical music and throw it away. The music is often about re-evaluating what we expect the sound of a violin, a trumpet, a flute to be. Maybe this will be through new ways of performance, new ways to play the instrument. Other times, I use live electronics to modify the sound of an instrument to become something else, something non-traditional. But at its core, it’s still classical music — it exists primarily within a concert hall or gallery space. But I’m not fussy, it could be experienced anywhere. It’s often purpose-written, for an event, or commission. So there’s a lot of connection between the piece of music, and the situation that it’s performed in, what it’s been written for. So it’s definitely live music.

I’d define the music as sometimes dense, usually rhythmic, a bit blocky (but to its charm), and sometimes funny. It’s score-based, that’s also important — that there is a piece of paper that details all the instructions in order to create the music. And, even that piece of paper is complicated because we’re no longer dealing with the standard conventions of classical music. So the score has to have this other language or a modified language, and whoever is playing the music has to also learn this language. It’s pretty intimate, right? Because often is the case where I’m working with a specific person. So, I’m producing what is essentially a book — a multi-paged document, with all these idiosyncratic symbols and ideas, with many days of thought, put into it for this person to read, interpret, and perform. There’s obviously a lot of discussion with each other during the creation because it’s for them. It’s also for you to experience, but there’s a reciprocity of me giving the performer this document and them giving the world this performance. So it’s like knitting a sweater — it has to fit who’s wearing it.

There’s also this dialectic of freedom and control in the score that the information in the score may seem free, just do [x] action in a specific amount of time, but these actions might have so much detail that it becomes difficult to actualize them in the allocated time. So there’s this push and pull of how much agency the performer has in the music. There may me moments where the player can improvise, put more of themself into the music, but at other times the player is locked into a set of precise actions. So the music has many fronts: you can hear it, you can read it, and you can see it.

Thematically, the music often explores notions of Australiana, the national identity of Australia. Specifically, I am looking at how my music can veer away from old tropes related to Australia. My response to this is usually a bit tongue-in-cheek, sometimes daggy. I like Aussie Gothic too. At the moment, I’m working on a piece for a solo drummer with video, to be premiered by Rebecca Lloyd-Jones, I believe you spoke to her too. In this, I’m pairing processed drumming, which sounds a bit low-fi, against these images from an old Australia TV show like a kangaroo version of Lassie. It’s very kitsch, loud, but then maybe there’s imagery on how the kangaroo was manipulated — so it’s dark too — it’s a weird balance. Stay tuned for that.

I’m also starting to sing more, but with a megaphone. I’m figuring how to use it as an instrument to produce these amplified squeaks and air streams. I’ve been uploading bits and pieces to Instagram, but I’m envisioning these sounds becoming a bigger part of the music. In the short-term, though, I want to produce a few videos that demonstrate the sonic possibilities, as well as show off some really nice locations. Hopefully, I can upload these to Instagram. But honestly, the music is a real mixed bag, and it’s a strange experience. Like, can a flute sound like a laser beam, and then what does that mean when it’s lasering around? Then, what if this music was followed by something like Mozart?

Do you look back particularly fondly on any memories from childhood?
I’ve been having pretty vivid memories of sitting on the water of the Leschenault Estuary in my hometown of Bunbury and throwing out crab nets with my grandmother, she would have been in her 90s at the time. There’d just been a new boardwalk-jetty built, so we would watch the cars from across the water and play a game where we’d choose a color of the car, and whoever spotted the most of their color would win. There was never a prize or anything. I remember the boardwalk being so long. My grandmother always said that one day we would walk the entire thing, but we never made it to the end.

My dog, a black cocker spaniel, would always swim in the estuary. One time I heard him bark loudly and saw him frantically swimming to the shore. A dolphin had startled him as he was paddling around in the water. 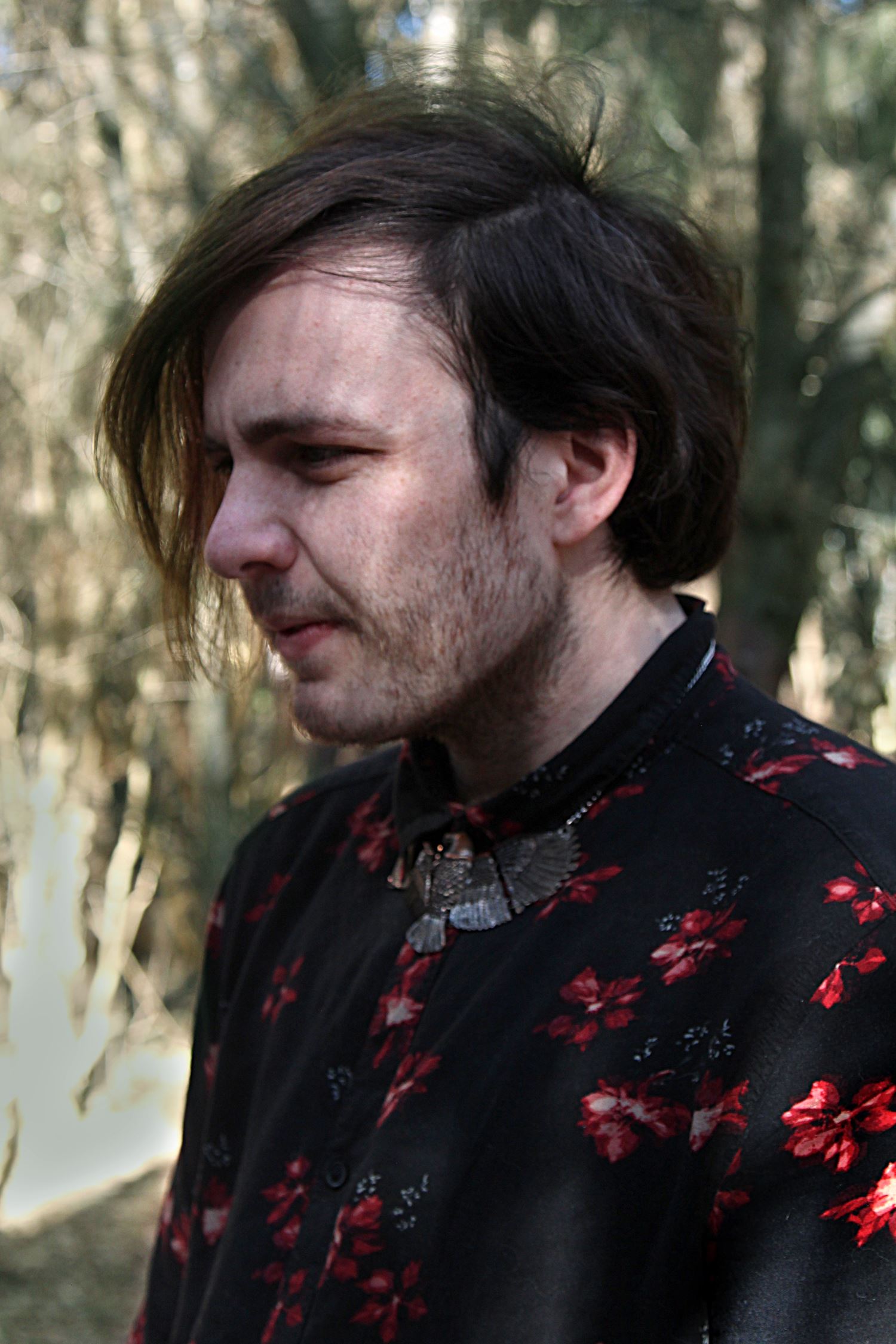 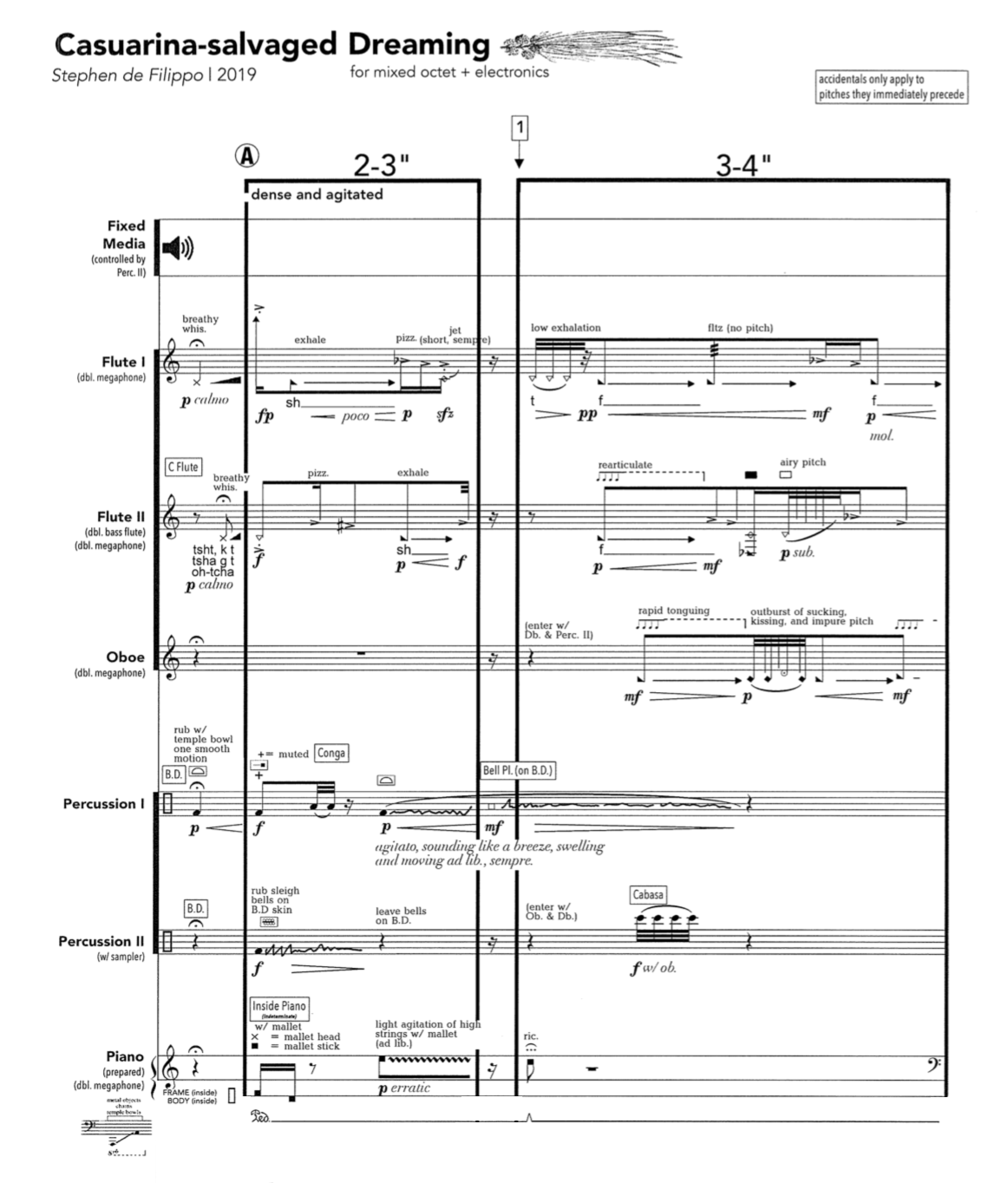 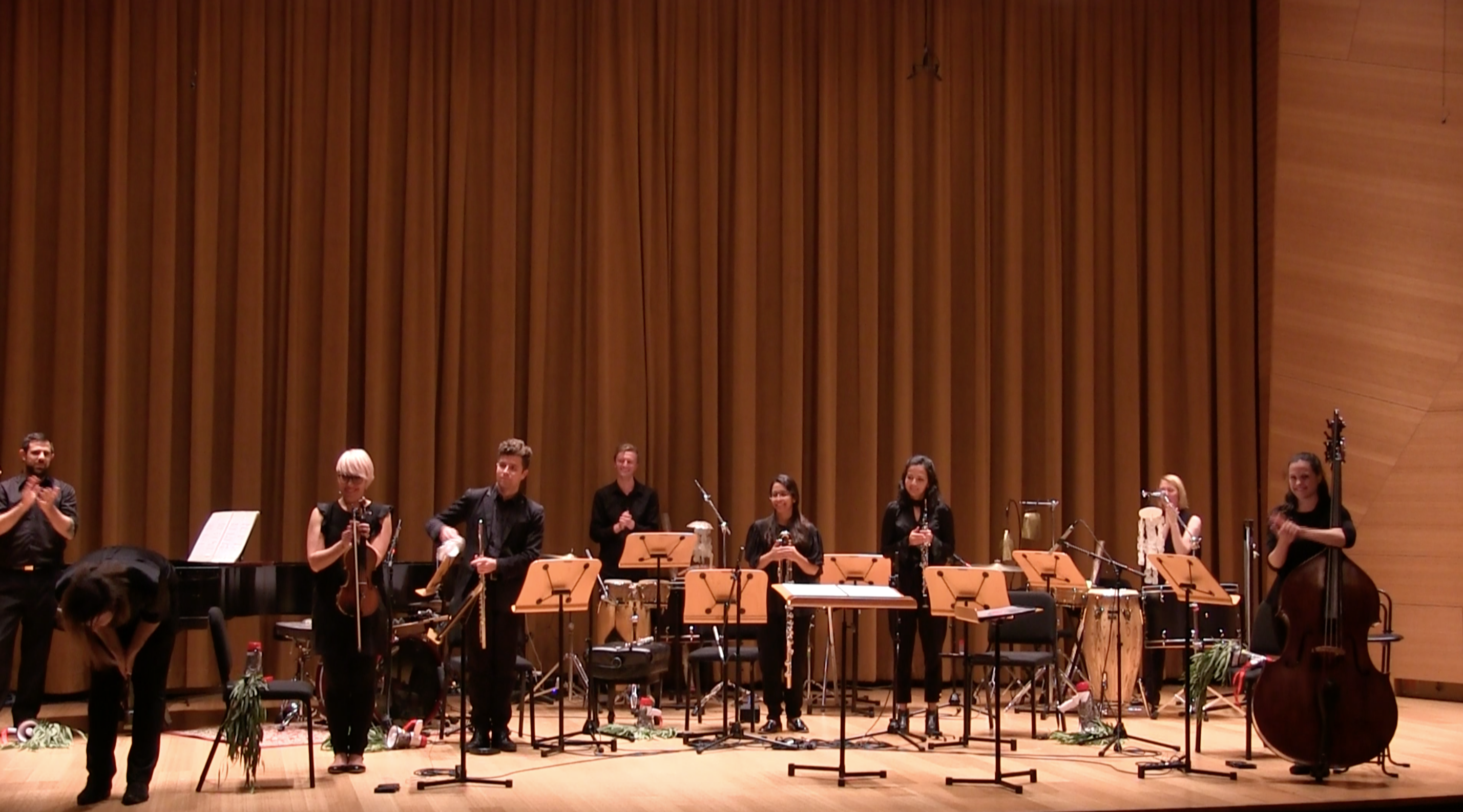 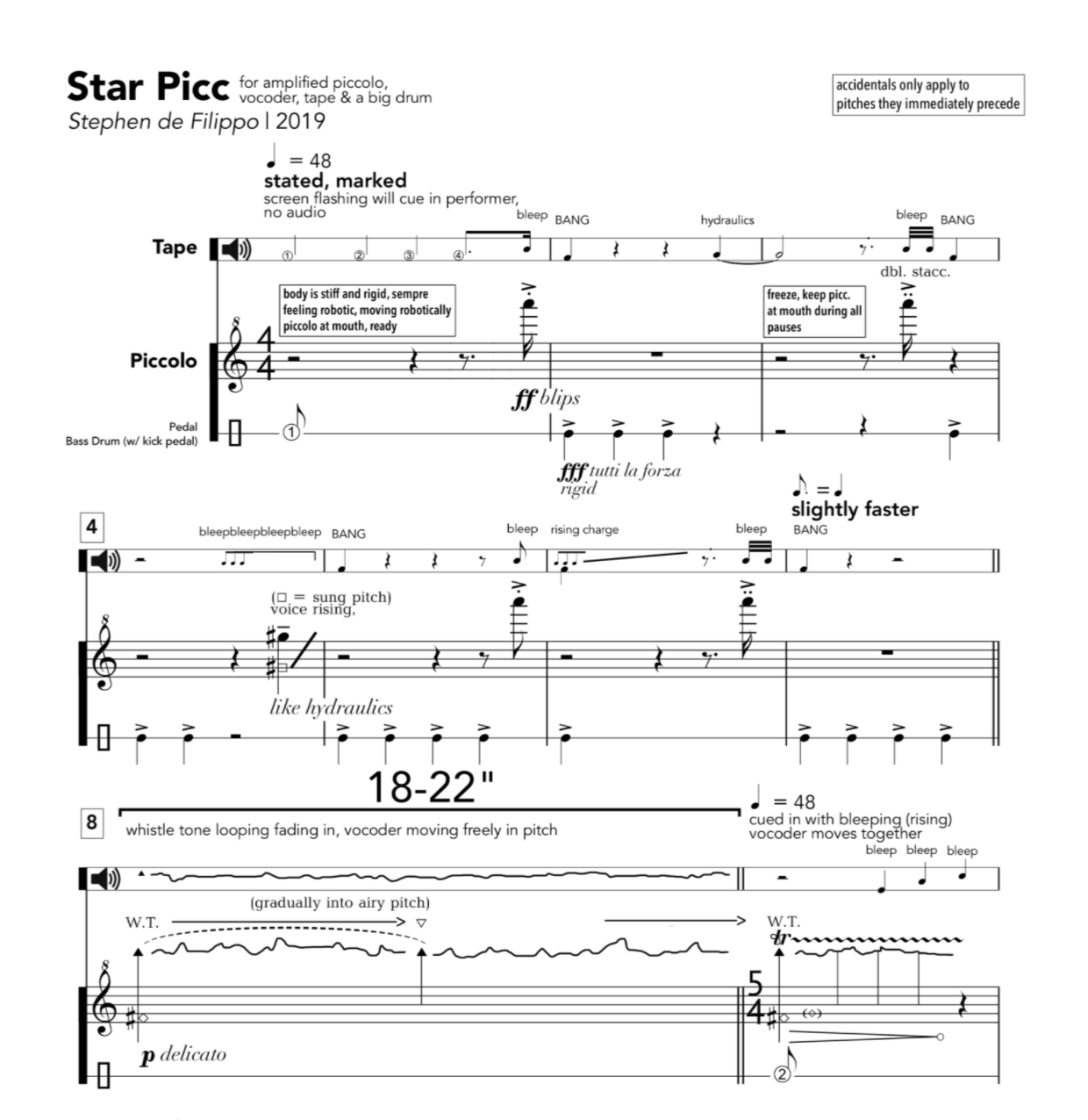 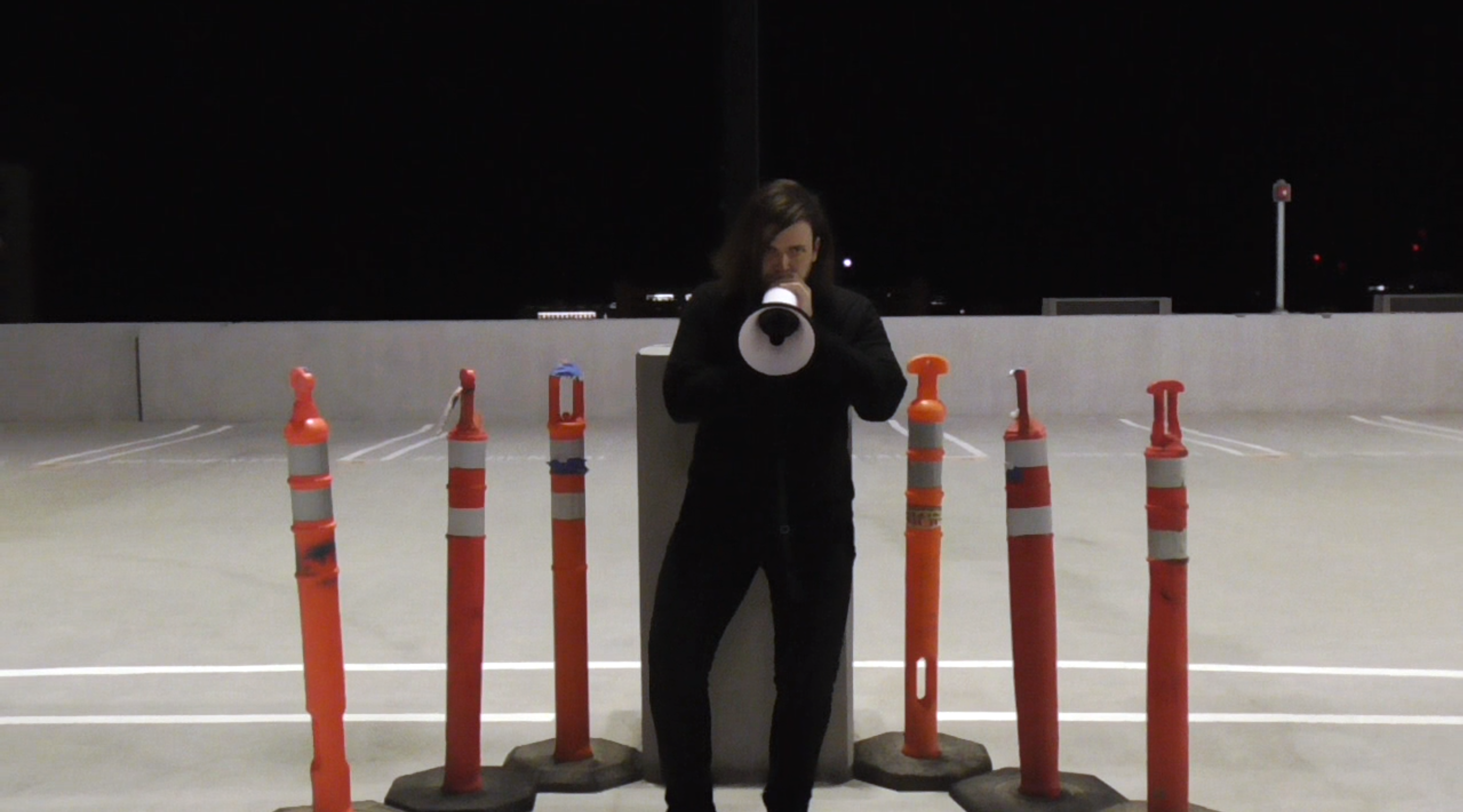