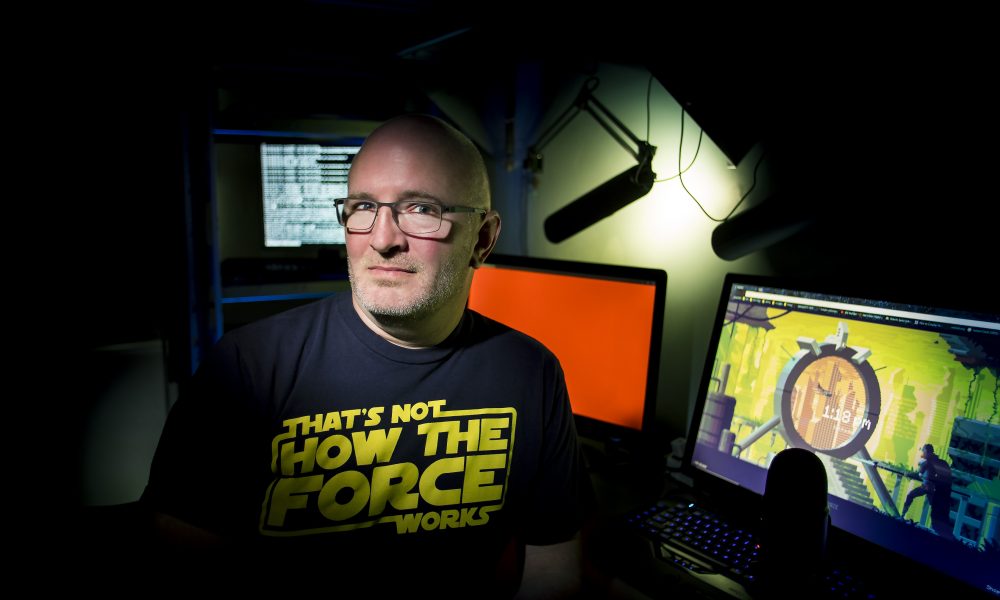 Today we’d like to introduce you to Steve Kirk.

So, before we jump into specific questions about the business, why don’t you give us some details about you and your story.
In 2016, I left my job in IT and management to head in a new direction. I’d been running conventions and events for roughly 20 years on the side, but had put that work on pause while I focused on my career. I missed doing that work, though. Every con we solves old problems, and new ones to solve. I love that flow! So now I had the chance to really dive in deep. I could run events for other people – and have done a couple recently – but the real joy for me was running something larger, and doing so in the interests of the community.

In early 2017, the idea solidified itself in my head and planning for InterGalactiCon San Diego began. Here in San Diego, the big daddy of all the cons, San Diego Comic Con, gets all the name recognition and dwarfs the other comic conventions around the nation.

However, we all the game with SDCC – tickets sell out in minutes, and there are nearly as many people left out of the experience as those who can get inside. The experience of SDCC comes with long lines, crowds, and chaos. All the big cons have this in common.

People in the area have a passion for this stuff (which is why they put up with how they’re treated at these cons), and really need something of a certain scale to quench their thirst. There’s no one doing this right now here in San Diego. I’d seen one or two cons attempt it, but they lacked the organization or resources to make it sustainable, and have since thrown in the towel. The opportunity was clear.

I needed staff to make this happen, which – amazingly – wasn’t hard to make happen; people almost came out of the woodwork when they heard the concept for the con – even a former co-worker of mine who now lives in Paris, France, he’s flying over just to help run things for me. I was lucky to enlist the help of the professional meeting planner who I’ve worked when I was involved in running DEF CON (the bigger hacker conference in the world). She volunteered to help me make IGC happen, and before long she flew out from New Mexico so we could scout conference spaces locally.

Over the next few months, everything just fell into place. Location. Staffing. Even speakers for the con were flowing in, even before I announced the show! Finding agencies to assist with branding, marketing, and PR – I lucked out & found some amazingly talented people – who also turned out to be incredibly passionate about the idea of InterGalactiCon. The passion of everyone involved in this project is the testament to its success so far.

It was incredible when several months ago before we’d even started any real push to get our name out there, I was getting phone calls from friends who said they’d run into someone who heard about the con and we’re going! The excitement was real! So here we are, 12 weeks away from the first InterGalactiCon. We’re seeing a ton of interest in the con, people are excited. There is so much passion and energy behind this – in fact, so many great ideas that we’re putting some of those on the planning docket for 2019 or 2020. We are smart enough to know we can’t do everything this first year and we’re in this for the long haul.

Overall, has it been relatively smooth? If not, what were some of the struggles along the way?
To be honest, it’s been a lot smoother pulling this together than I expected. Being involved with DEF CON, I started helping to run it when we were about 150 attendees, and today it’s over 25,000! I’ve seen lots of things go right, and lots of “opportunities for improvement” as they say.

Anytime you start working with a new location, new staff, new anything, you have to create and establish those relationships. Learn how to communicate. That’s par for the course. I feel lucky to have found the right people along the way.

If there is any struggle – and this is true of any venture – it’s that some things end up costing more than you hoped. But, by applying a business approach to this, I can look at every dollar spent as an investment. Is spending this sum of money going to provide the right kind of return on investment?

In other words, will it help build the brand, get the name out there, and ultimately attract people to attending, exhibiting, or somehow participating in the con? You can decide to go cheap on certain things – but there’s that old saying about getting what you pay for. This project is too important to go cheap. We’re “all in” on this.

Please tell us about InterGalactiCon San Diego.
InterGalactiCon fills a gap in the San Diego and even whole Southern California region. We’ve found that San Diego Comic Con overshadows all the other fan conventions (nationally and globally even). There are some smaller, niche-focused cons in the area, but nothing in between.

From what I’ve seen over time, I believe successfully running a con like this requires 3 things:
1) Business sense – knowing how to run a business, understanding P&L’s and balance sheets, understanding how you need to amortize costs along the way, etc. You have to think of everything as an investment.

2) Passion – If you don’t love the subject matter at hand, then getting up every morning is going to feel like a drudge. You have to be immersed in all the topics you possibly can which are relevant to your con. In a situation like InterGalactiCon, that’s a large number of things. Thankfully I am surrounded with people who help make sure that together we see the news, we see what’s going on in the various industries that make up the community, and we can use that to focus our efforts to what’s important to the community.

3) Experience – This may be a little bit of chicken & egg, but you need experience running a con. Yes, it’s important to know how to properly set a speaking track room theatre-style, with a projection screen and proper A/V setup. But you also have to know how to wrangle speakers to make sure they show up on time, that exhibitors have everything they need to make their presence a success… and all the way down to making sure someone is calling the hotel porter to periodically empty the trash bins. Little things matter, and can sometimes make or break the experience for someone.

We’ve seen cons come and go, and usually, it’s a lack of at least one of those three things which contribute to the demise of an otherwise good show. With just my senior staff alone, we have over 100 man-years of experience running conventions and events.

For myself, I’ve been a life-long gamer, since the days of Pong (though today I’m sinking my teeth into Guild Wars 2). I worked in the video game industry for 15 years. I’ve got 20 years experience running cons and events. I’ve been in executive management for 15 years, have experience running my own business, and even running Fortune 100 business units on a global scale with budgets of tens of millions of dollars. Back home here, together with some friends, I started San Diego Sabers, a true mixed martial-arts-based lightsaber training group. In 2017 we also launched our own Star Wars-based podcast, which is now part of an international Star Wars podcast network.

With InterGalactiCon, we’ve positioned ourselves to be smaller and more intimate than something like SDCC (where it’s you and 200,000 of your closest personal friends, waiting in lines for 36 hours or more), yet more broad and more accessible than the smaller, tiny cons. We want to celebrate fans, create for them an experience of a con that makes them excited for next year. It’s not simply something to attend, it’s something you can participate in – where beyond the speakers and exhibitors, we also have events, workshops, contests, and parties! It’s a place where you can meet the people of your own tribe, make new friends, and enjoy the con experience!

If you had to go back in time and start over, would you have done anything differently?
If I had to do anything differently, the one thing that jumps out to me is that I would have started it all sooner. The people I talk to about IGC are extraordinarily excited about the potential of it!

When I talk to my banker, he’s more interested in hearing what new stuff I’ve put together for the con than talking about business. The owner of the North Park coffee shop I hang out at between meetings wants me to get him flyers to hand out because he thinks this is something San Diego has needed for a long time. From every corner of the San Diego community, we are finding these “tribes” of people everywhere!

I’ll be honest, too – will we get it perfect? Probably not. In fact, we intend this first year to be a prototype. We are, however, committed to watching, listening, and adjusting as we go forward. The nature of fandom, of nerd culture, is that things will constantly change anyway – it’s our duty to stay on top of that. 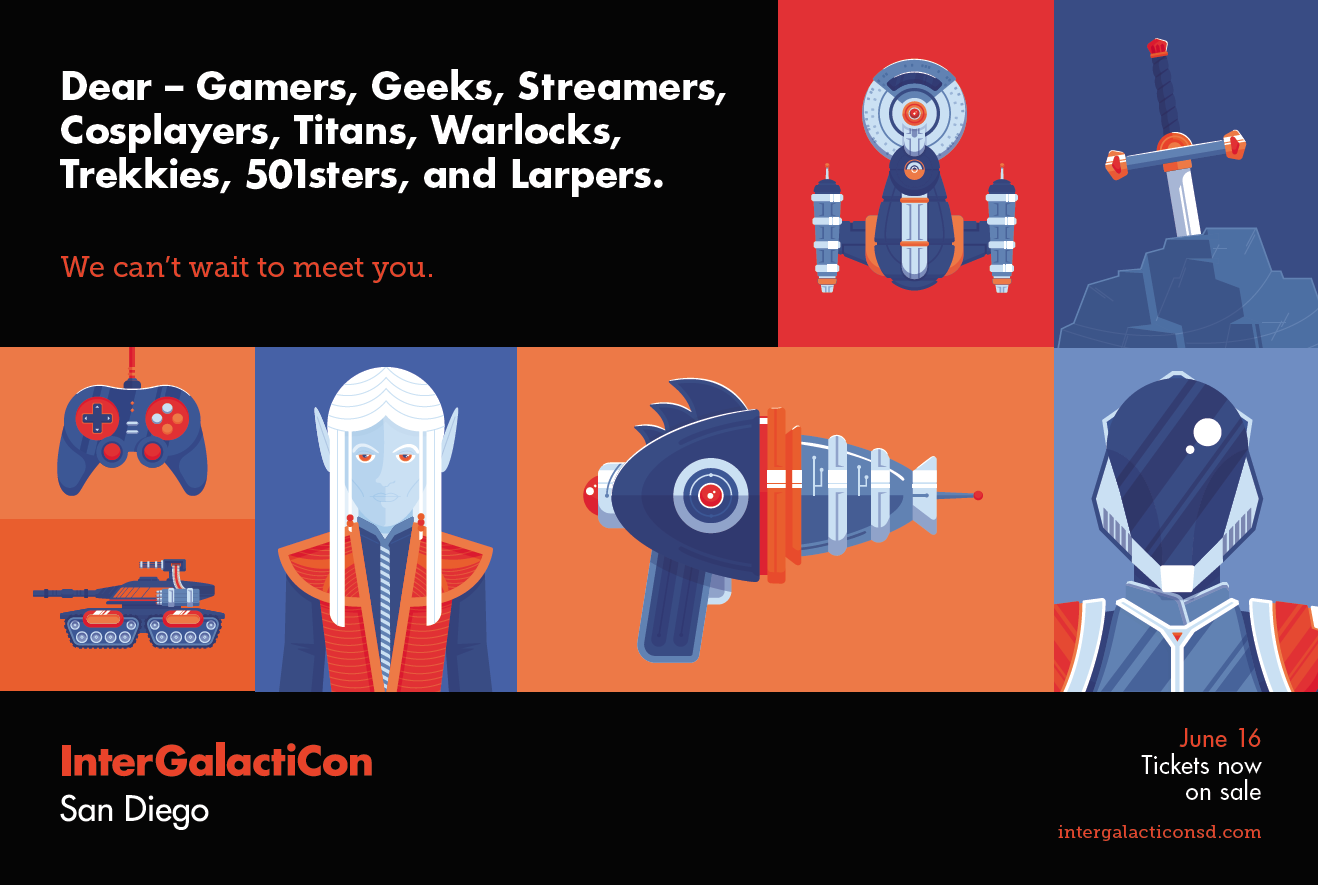 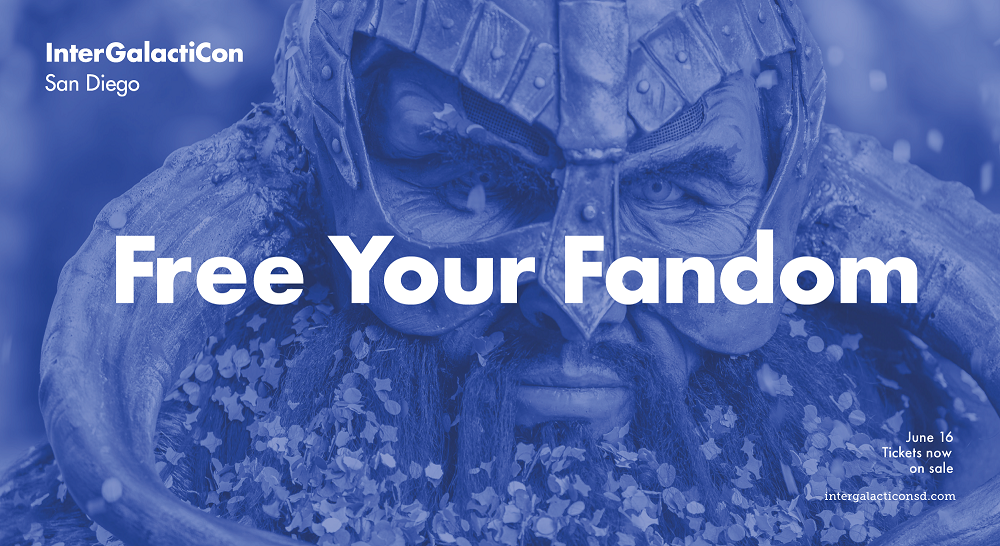 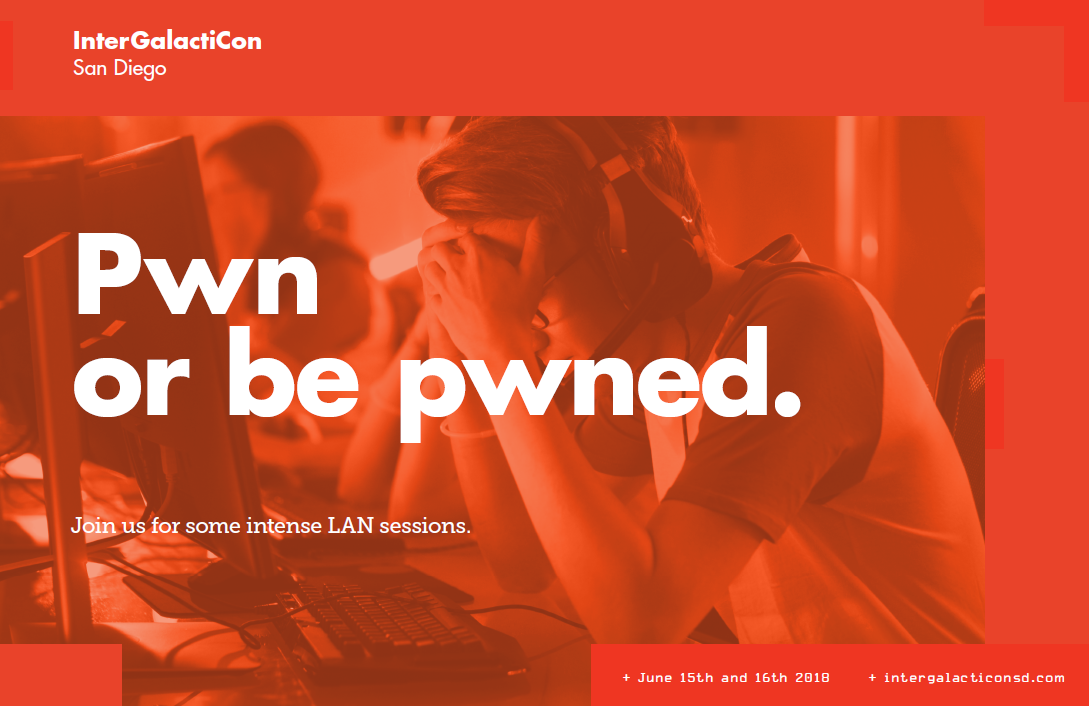 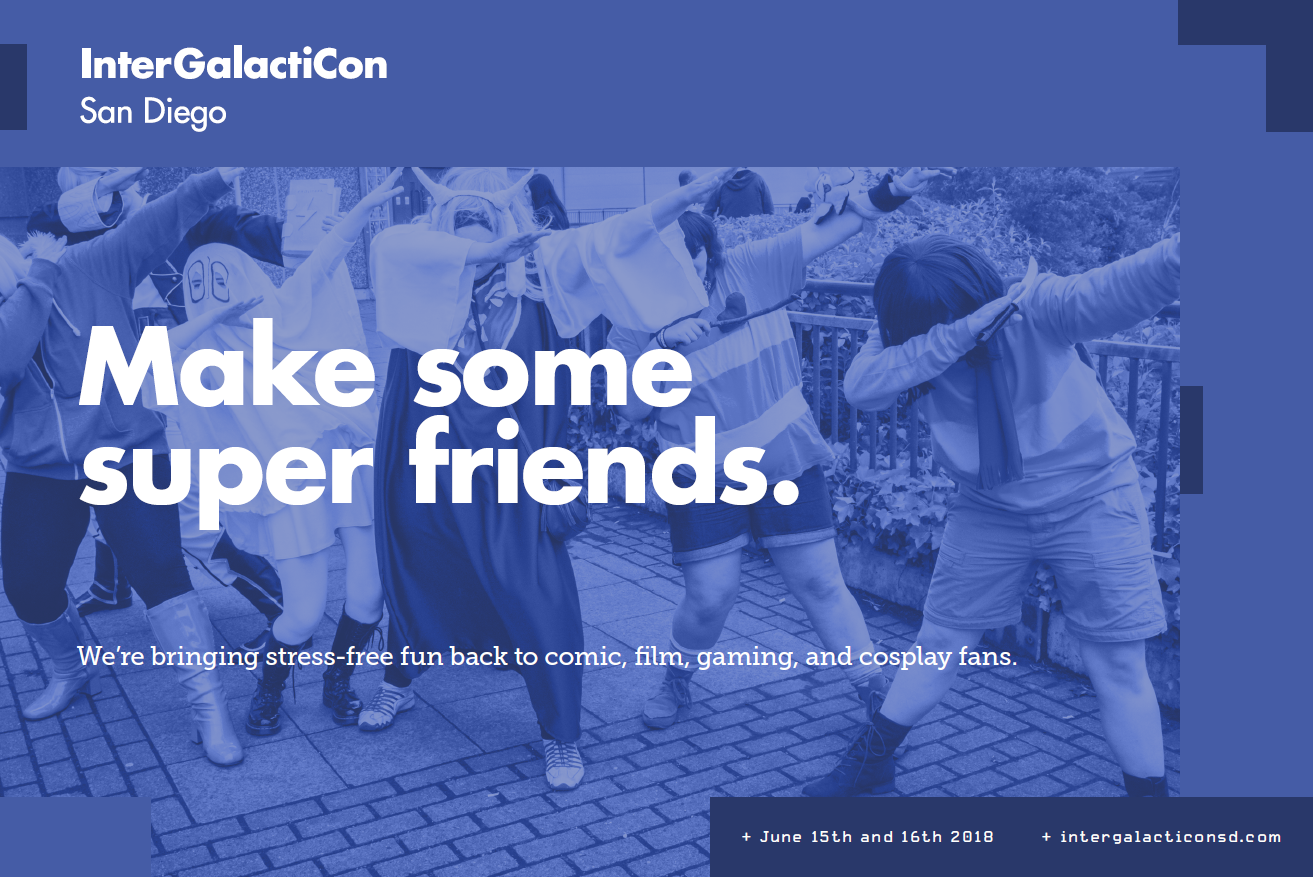 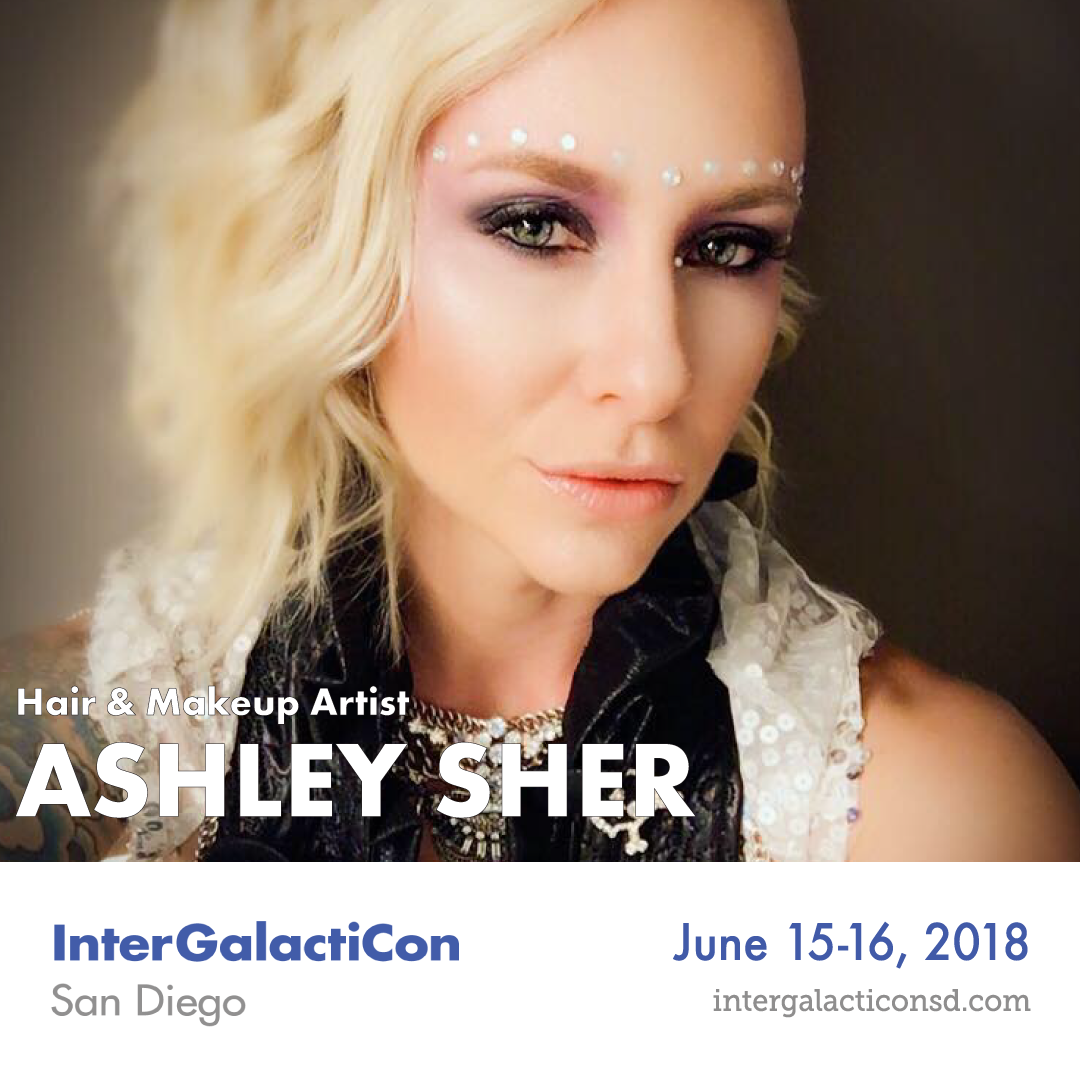 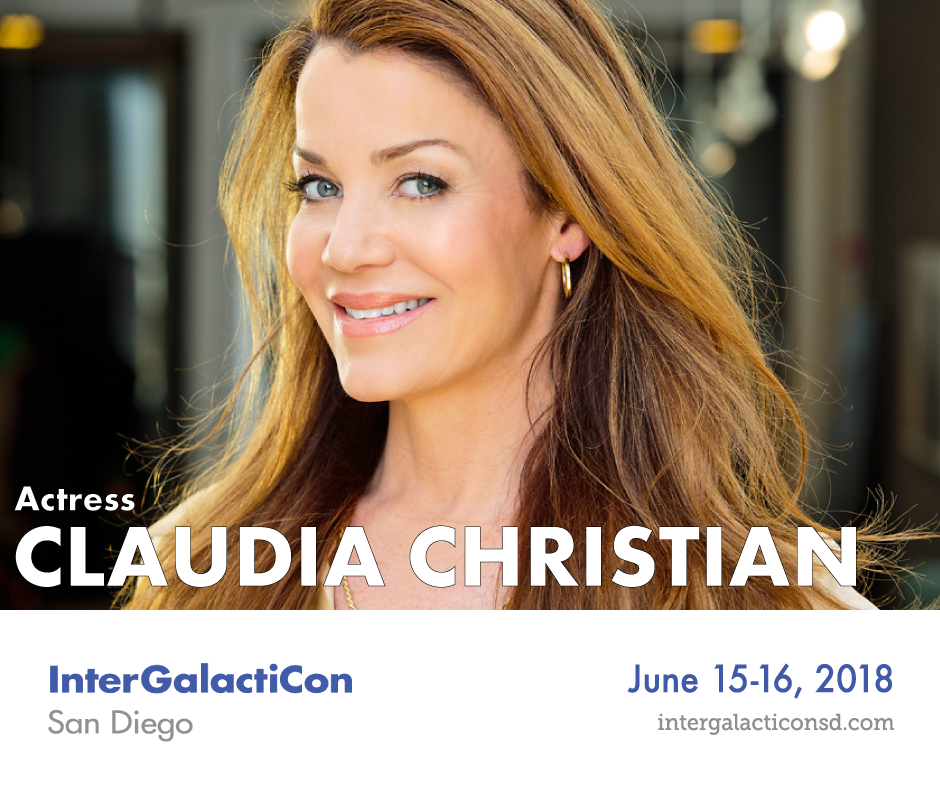 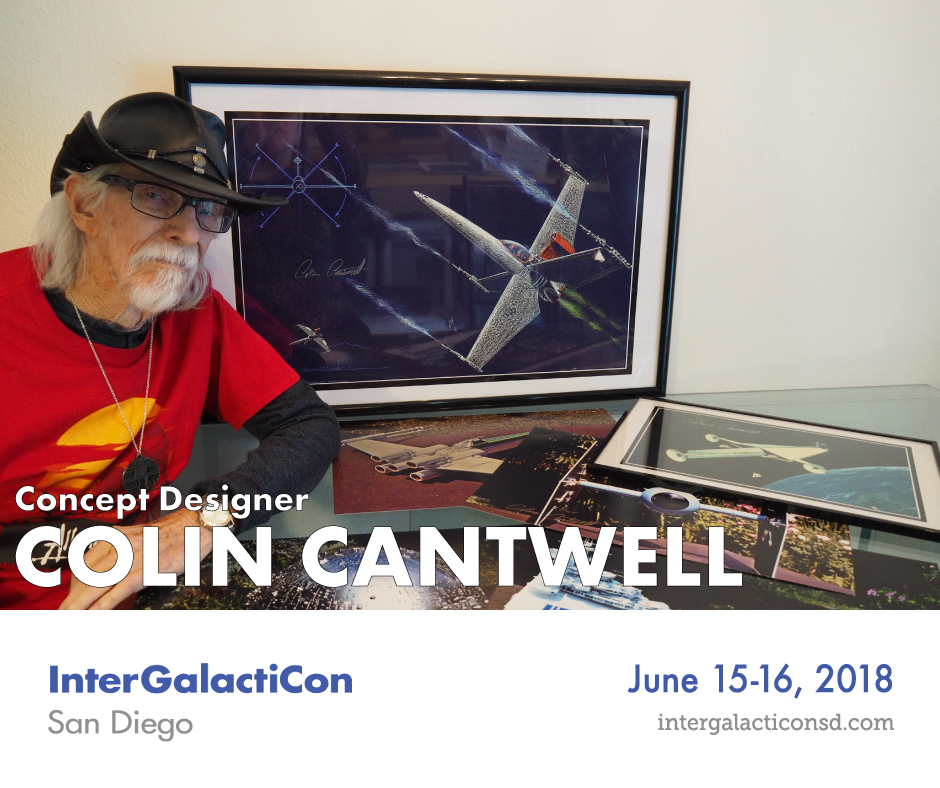