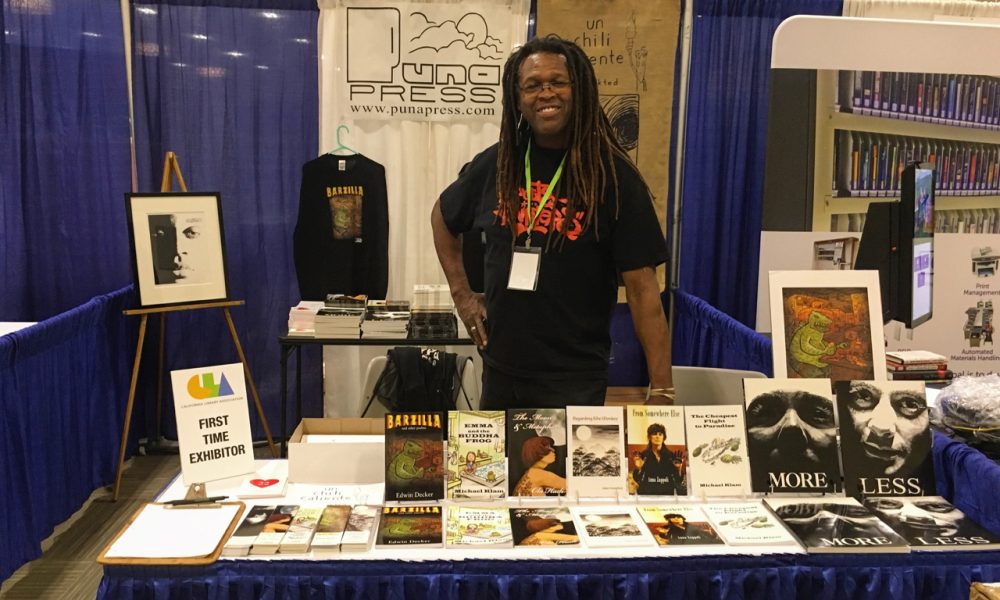 Today we’d like to introduce you to Ted Washington.

Ted, can you briefly walk us through your story – how you started and how you got to where you are today.
It started as a self-publishing venture. I do art and had some friends over to view some pieces when one of them, Dawn, started gathering the scraps of paper I would write thoughts and, what I didn’t know would be poetry, on. She asked if I wrote them, I said yes, and she said she like them and would help me publish a book.

Dawn is a graphic designer and she did the lay out. Untitled is a hard back, library bound book consisting of 26 poems and 4 art prints. I made 50 copies signed and numbered and prepared to have books for a long time because they were pricey. I sold out in ten days. I took the proceeds and went to Hawaii.

I have a belief in progression. The completion of one thing should advance to something else. I knew I had to make more books, but this time I would have an imprint. Puna is a district in Hawaii and also means many other things. The logo was created while there too. Two weeks later I was back in San Diego and filing the paper work to establish the company. More was the first book of the imprint Puna Press. Once it was printed I freaked. There was $4000. due the printer. Fortunately, I landed a gig with an animation studio. Some books were sold but my art and publishing would wait.

Ten years would pass before I would publish Less. During that hiatus I completed a three-year stint at the animation studio, did a bunch of art, studied writing and publishing, and most importantly got in exhibits in New York and a few other places where I won some awards. I also started reciting my poetry publicly. This helped sell the books that had languished in boxes during the studio days and the formula was discovered.

I assembled a team to help with the publication and release of Less. In advance a limited-edition print of one of the award-winning pieces of art was sold that included a corresponding numbered book with the purchase to fund the publishing. Six weeks later the book was in the black. This was 2005 before crowdsourcing became popular. I read on the regular and decided to publish one of my friends, Edwin Decker of SD City Beat’s Sordid Tales fame. Less had been a finalist in 2006 San Diego Book Awards and Decker’s book Barzilla and Other Psalms followed suit being a finalist in the 2007. Soon we published another popular SD poet Michael Klam, and his book Emma and The Buddha Frog was a finalist in the 2008 San Diego Book Awards. Puna Press continues to publish San Diego based poets and artists.

Great, so let’s dig a little deeper into the story – has it been an easy path overall and if not, what were the challenges you’ve had to overcome?
More fell apart. It was printed on 100 lb. glossy paper and the glue in the binding did not hold. I sold them and had to do a recall. They were stapled and glued when rebound. It was embarrassing to have ask for them back or worse yet to have people come to you with your book in disarray. I learned a lot about paper and glue.

Puna Press – what should we know? What do you guys do best? What sets you apart from the competition?
Puna Press is a small press that publishes poetry and art. We have a reputation for making products that lend themselves to cross marketing and this is especially prevalent with our book cover art. Our use of art that leans towards pop culture has garnered us a spot on the floor of the San Diego Comicon on the regular. I’m stoked that Puna Press has had a table in the small press six years and that we are the only poetry publisher represented.

What moment in your career do you look back most fondly on?
Hiring Kara Goldfarb was the best decision I’ve ever made for Puna Press. She reached out to me seeking an internship via email four years ago while SD Comicon was in session. I didn’t respond for three months because the email got buried. I met her and didn’t know if I had a position to offer, but her energy and ideas convinced me to hire her. I don’t believe in free labor so it had to be a hire. She advanced the company beyond my vision. We are moving at a faster pace on every front, publishing more and selling more. Thank you, Kara. She is now in New York and wants to take Puna Press there, so that’s going to happen. 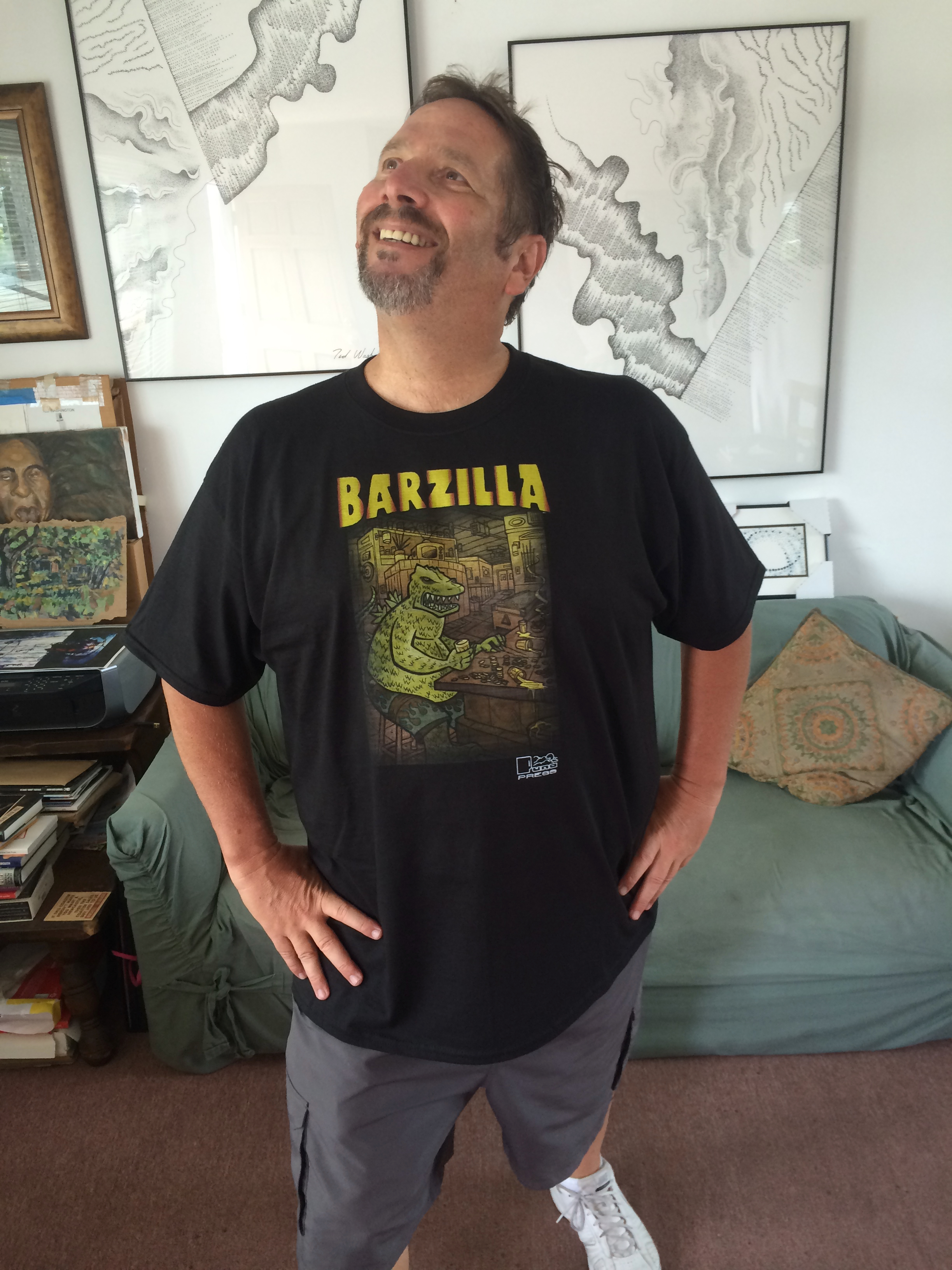 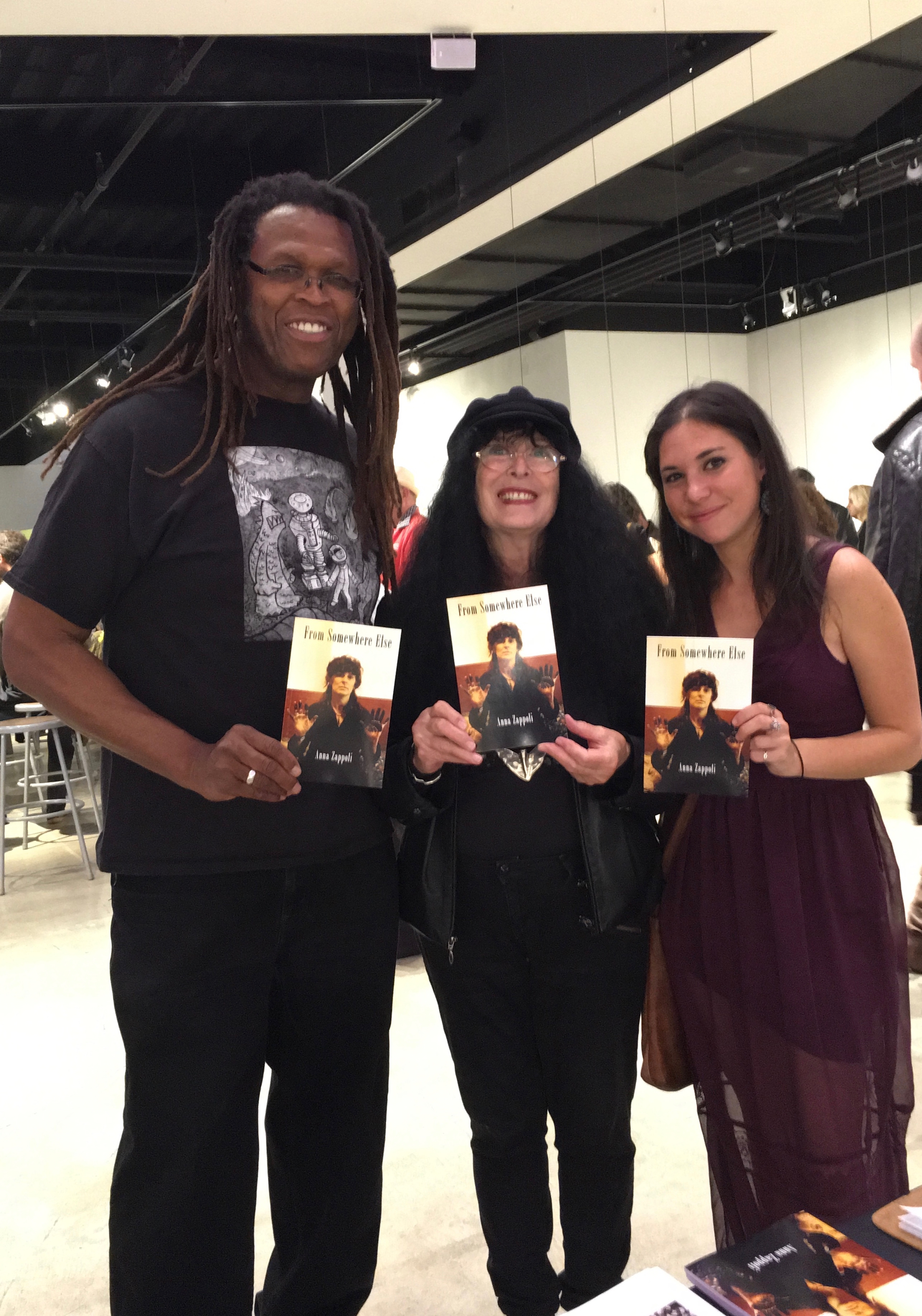 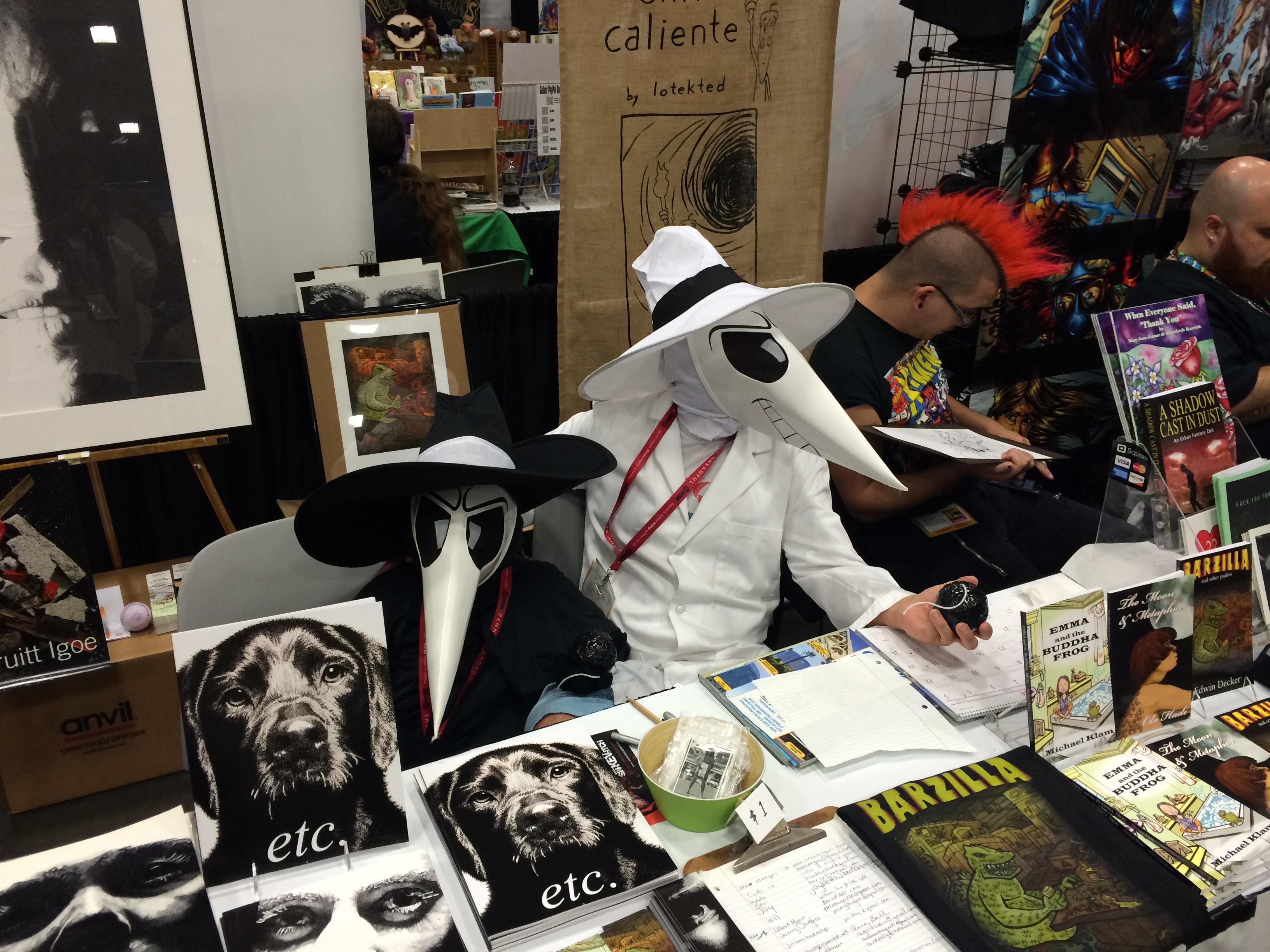 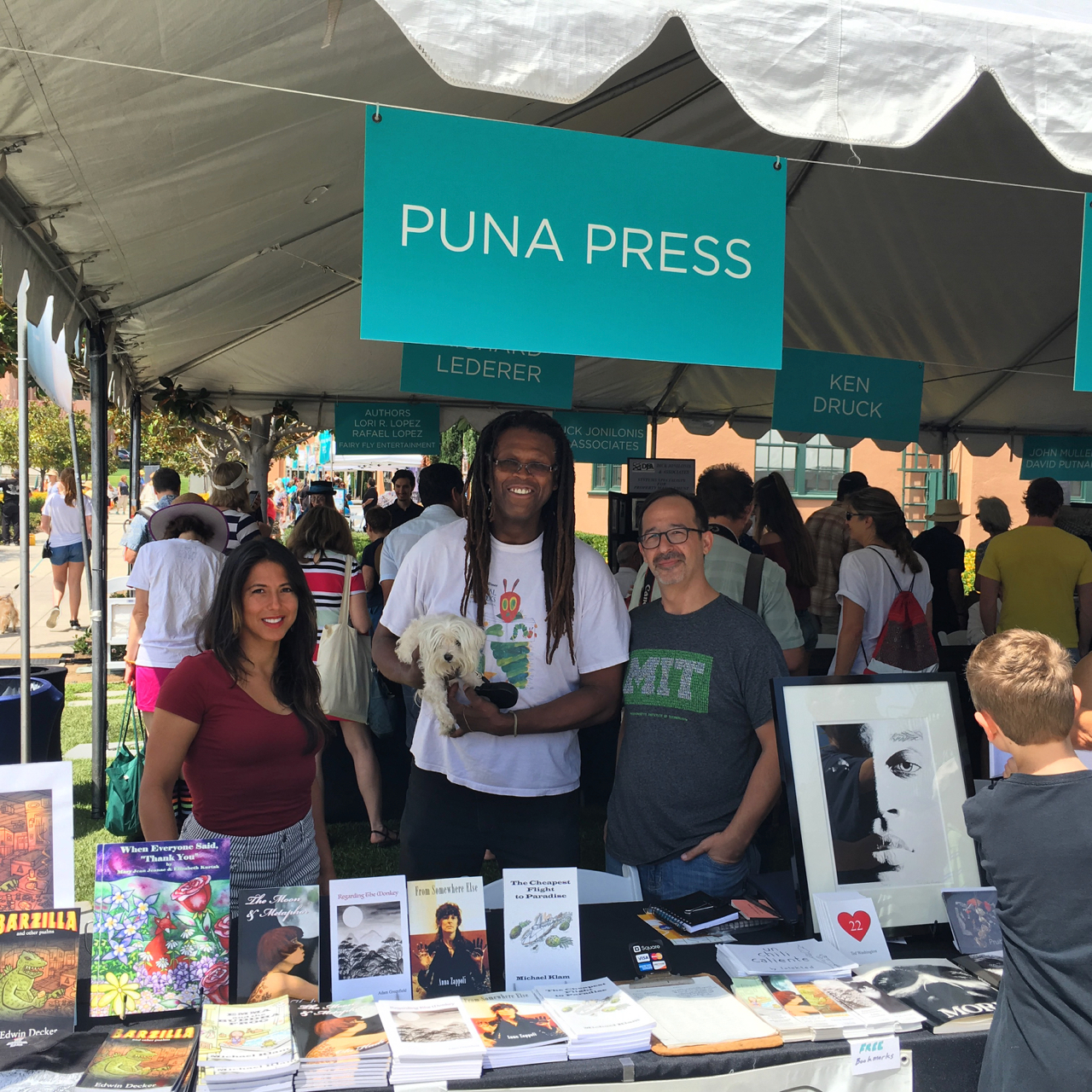