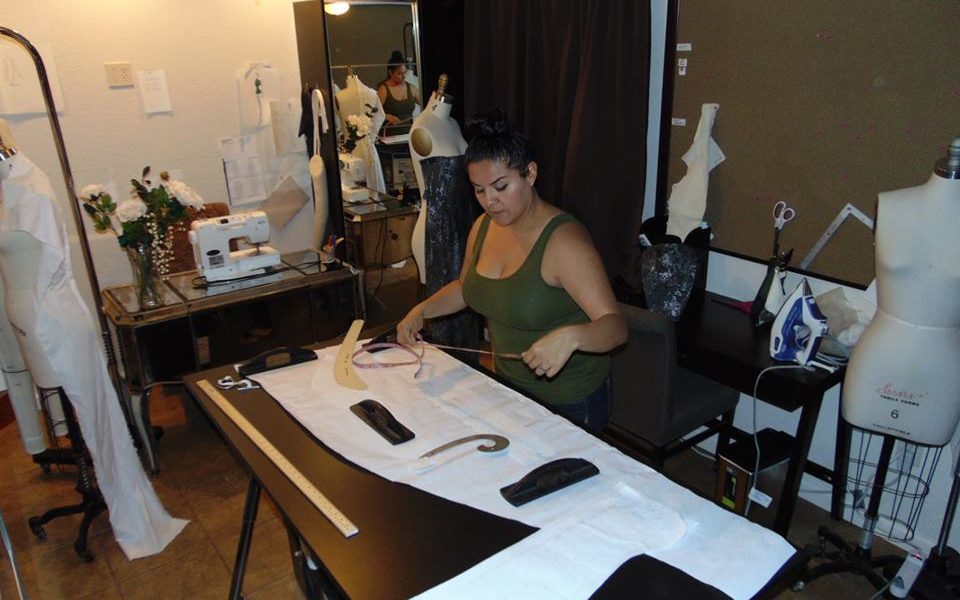 Today we’d like to introduce you to Territa Torres.

Growing up in Southern California as a child, the soon to-be fashion designer would watch her mother sew hers and her sisters Halloween costumes. She enjoyed seeing her mother’s process, from the early stages of creativity to constructing the garment, putting the finishing touches and then the best part wearing the costume for trick or treating. She would receive so many compliments from her friends, other children including their mothers. Even strangers would stop her and her sister and ask to take pictures of their costumes. She would try her best to remember the kind words the people said so she could say them verbatim back to her mother. She found joy in seeing her mother smile with a sense of accomplishment. When her mother tried to show her how to differentiate between fabrications, how to sew by machine or hand, or fit a garment shell, she opted for other activities such as bike riding or playing her video games. After graduation from high school, Mrs. Torres enlisted in the United States Navy, she took along her California fashion sense with her. She enjoyed looking at gossip magazines and always looked for the “Who Wore It Better?” column. She enjoyed watching her favorite celebrities show up to award shows, especially the Academy Awards, seeing not just the designer gowns, but to see what details were placed in the ensemble, the large amount of fabric to add fullness or the trains that seemed to run on for miles. She bought fashion magazines by the truck loads and use their “What’s in” as a starting point for her style but would always add her own unique attitude and personality into her wardrobe. Feeling her time had reached its end with the USN, her then boyfriend, Alex, (now husband) asked her what she would do with her time now that her military service had come to an end.

While on the phone with Alex, a commercial for the Art Institute showed and she thought to herself, why not. She did some light internet work on their programs and found Fashion Design program suited her best, they had some courses that played into Styling. During her interview process she had asked so many questions in regards to styling, and the advisor assured her she would get the ins and outs of styling within the designer program. During her class introductions, she realized more than half the class wanted to go into styling just like her. Feeling the job would be unviable, she made the choice to go full force with becoming a fashion designer. Her beginning sewing classes were difficult, a fellow student had to show her how to thread her industrial JUKI sewing machine. She practiced her sewing assignments more than a few times before turning in an acceptable piece for grading. She stayed late after class or after school for instructor help. She attended most workshops provided by sewing instructors, not just for help with her sewing assignments but to gain more information that she knew would help her long after she graduated. She made sure to respect the craft, her garments show her discipline and steady work ethic that shows the time, quality of care and love that went into each design she created.

A year after graduating from AICASD, she stopped putting in applications for fashion industry jobs and cancelled all her accounts for job notifications. She saved a nice nest egg, knowing she just had to wait for the window of opportunity. Less than half a year later that opportunity presented itself in the form of Fashion Week San Diego. She had downloaded and completed her application that same day but a sense of uncertainty overcame her, she sat on her application for 2 weeks. On the day of the deadline she pulled up FWSD’s webpage and saw the link to send the application was gone. She had memorized the email address, quickly wrote up an email and sent in her application. She received an email confirming her appointment to interview as a showcasing designer. Her window of opportunity turned itself into a door, she showcased her first collection at the FWSD 2015 Runway Show where she was voted 3rd Place Top Designer by the FWSD audience. She had her first interview for EXAMINER online magazine and was mentioned in her first magazine, LOCALE along with a few other sites.

After the show she utilized the 3rd place Top Designer title to her advantage. She thought to herself winning in a traditional fashion show be it big or small has to hold some clout.

She emailed numerous magazines, bloggers, stylist, celebrities, boutiques and the list goes on, for the opportunity to schedule a meeting in order to tell them about the brand, to let them see and hold the clothes, to show them the line sheets in hopes to work with their company. Almost bummed out from all the rejection and the No’s she almost lost faith in the brand. She received a direct message on her Instagram from an experienced stylist Liese, who said she would love to work with her designs. She was able to put together a photoshoot with professional models, hair stylist, makeup artist and photographer for a beautiful look book to hand out or mail to potential clients. The collaboration lead to Territa Torres Designs being featured in its first international spread for INSPO Magazine.

After sitting with the TTD team and weighing all the pros and cons of taking on another year doing a fashion show, Mrs. Torres signed her contract to showcase again with FWSD 2016. During her Spring Showcase she had numerous people come up to her booth and compliment her designs and they were already saying they were casting their votes for the brand in October. She made small sales and her following on her social media grew and grew. She would never regret signing that contract as her Romanese Women’s RTW SS17 Collection made such a strong impact to fashion goers and viewers it claimed the #1 spot as FWSD 2016 Top Designer! Part of the winning package included a spread in LOCALE magazine and her collaboration with Liese continued, and was able to get her photoshoot “Romancing the City” published in FINE Magazine, both spreads appear in March 2017 editions of these publications.

Another perk to winning the Top Designer package with FWSD is showcasing the following year for free. Mrs. Torres and the TTD Team work on the new collection, La Reina’s Closet proved to be successful as the brand wins for the third year in a row with Fashion Week San Diego as 3rd place Top Designer 2017.

Overall, has it been relatively smooth? If not, what were some of the struggles along the way?
It has not been a smooth road, no.

There have been “NO’s” from buyers and boutique owners, unsure of how their customer will respond to Territa Torres Designs signature pleats.

Most magazines, fashion based social media outlets, and established or emerging stylist have said no to TTD or simply not responded.

Budgeting and financing are difficult to balance at times, finding and purchasing items locally in San Diego and/or having to commute to Los Angeles’s Fashion District can prove to be trying at times. Asking someone to go with me on the drive so I can take advantage of the HOV lanes. Waking early to gas up for the morning commute and beat the morning traffic, trying to locate my wish list items in a timely fashion, bartering with vendors, eating/rest, and trying to get ahead of the traffic going back to San Diego.

Territa Torres Designs – what should we know? What do you guys do best? What sets you apart from the competition?
I am the founder and lead designer for Territa Torres Designs. I do the foot work to get the brand seen and heard. I research upcoming trends while keeping the brands signature pleats as the focal point in our ready to wear designs. I supervise the social media platforms completed by my assistants Alicia Moore and Selena Torres. I sketch designs for upcoming collections and clients. I am the one who irons, cuts, sews and makes the patterns; and when its complete I check the overall fit for either the clients or the models walking in the brands runway shows. The list goes on…but once the brand becomes more established I will relinquish some roles to those who want to be part of the TTD team.

I am proud of the brand’s 3 consecutive wins with traditional runway show, Fashion Week San Diego. Winning a competing spot as an emerging brand with Fashion Week Las Vegas (showcasing February 2018), courtesy of the fashion world voters. Bloggers choosing to write about the brand, stylist choosing to utilize TTD for photoshoots or for their clients.

Our signature pleats are what sets us apart. We don’t just use it as a trim, we see the beauty in the pleat and use it as our designs focal point.

What is “success” or “successful” for you?
The more clients TTD receives defines the brands success, especially when they are returning customers. 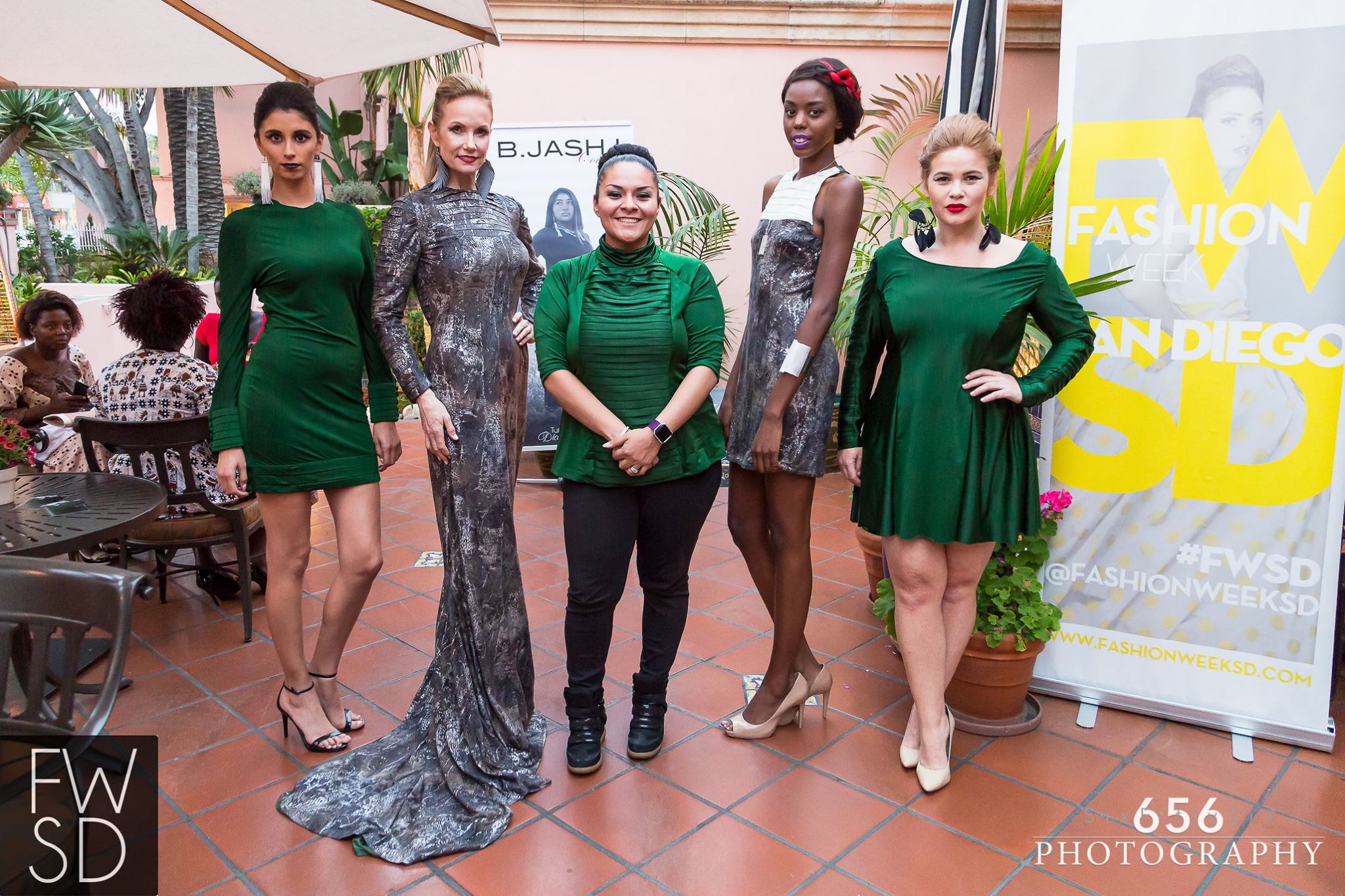 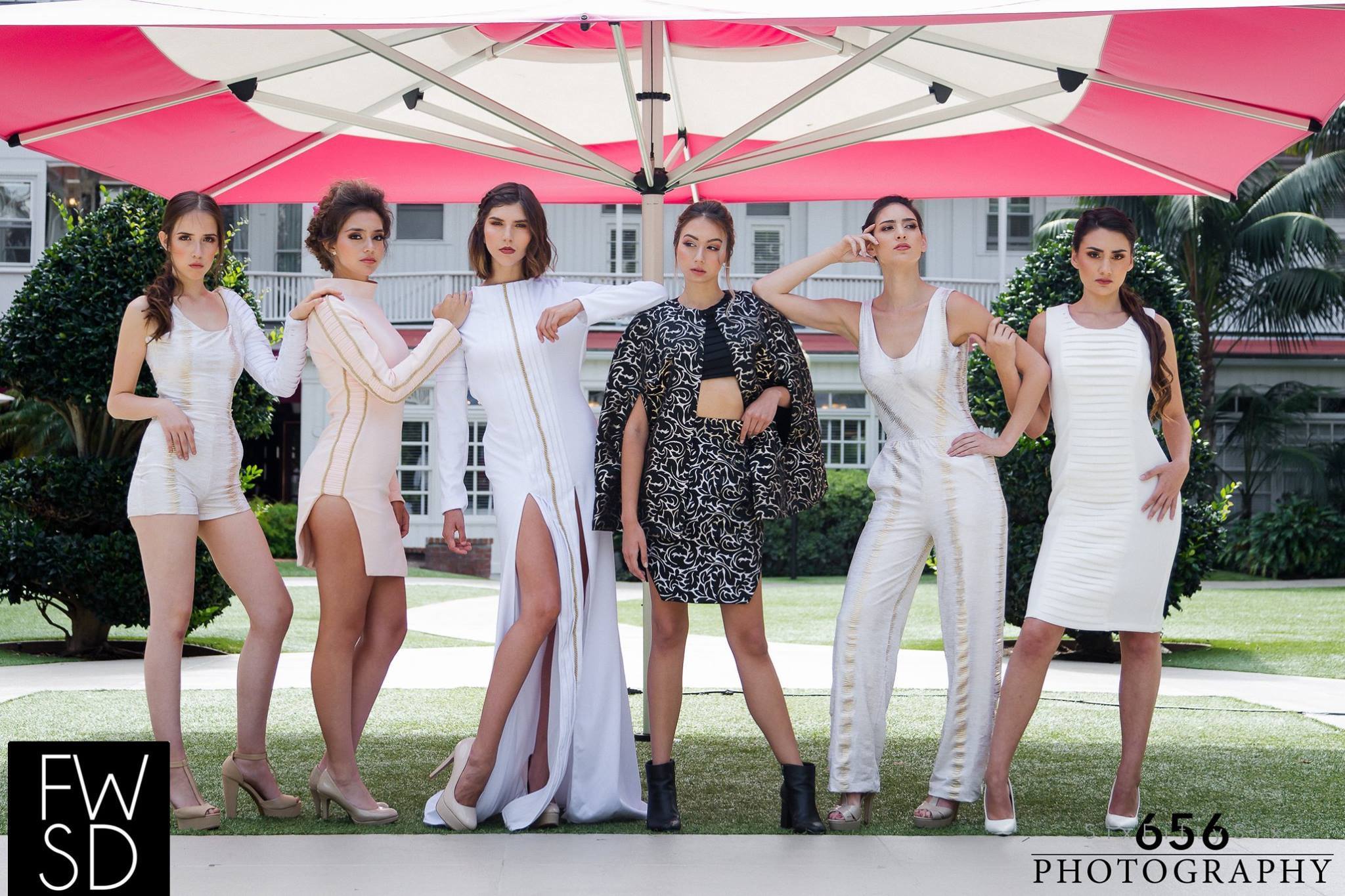 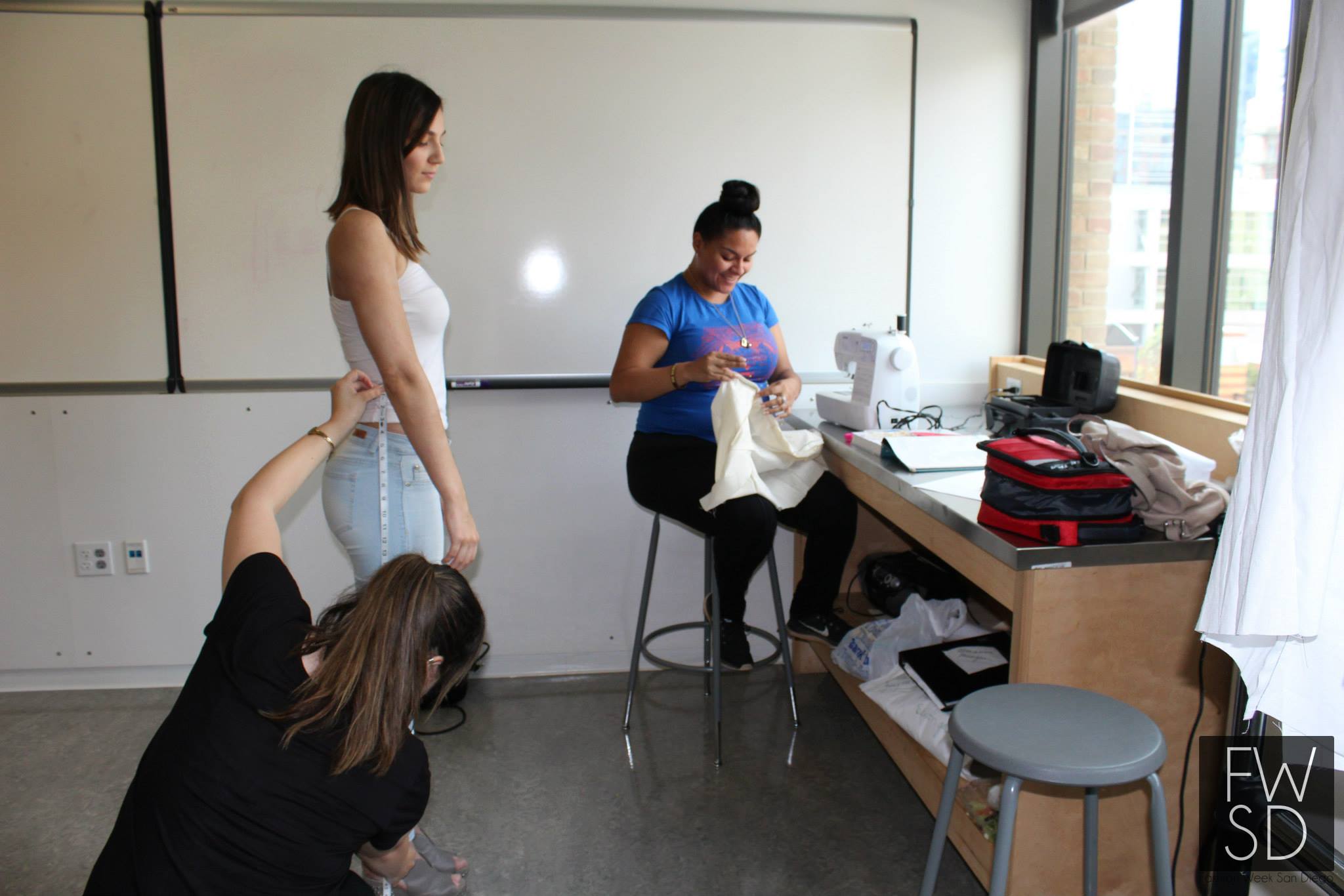 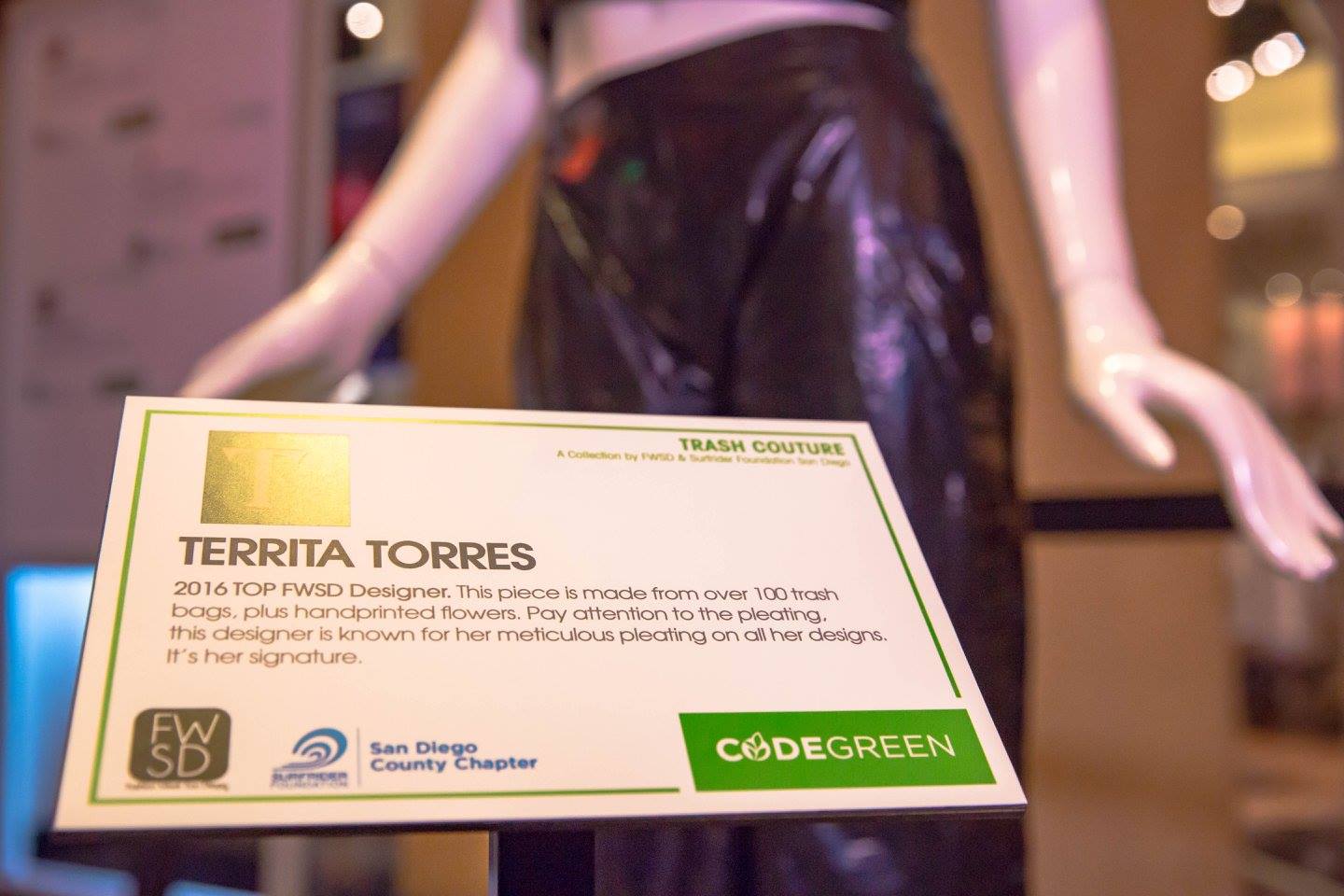 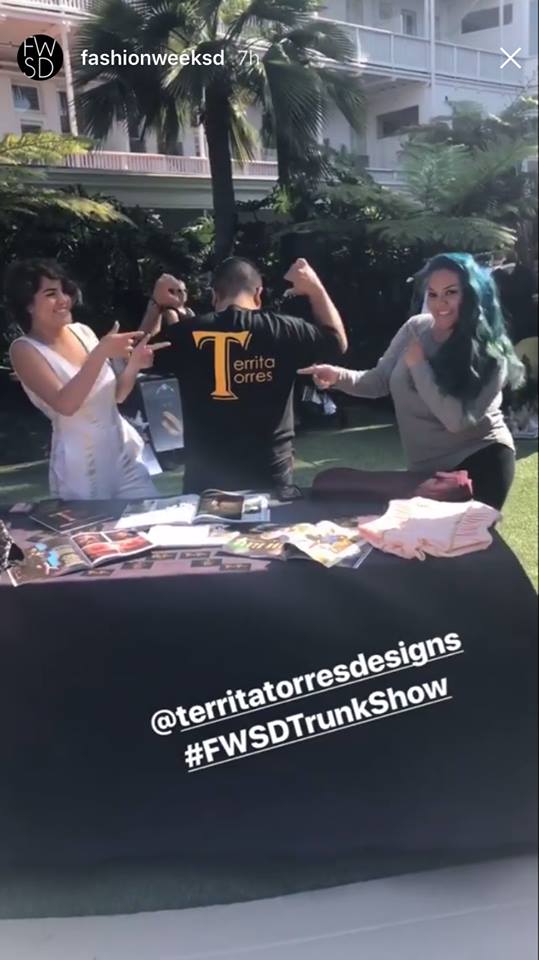 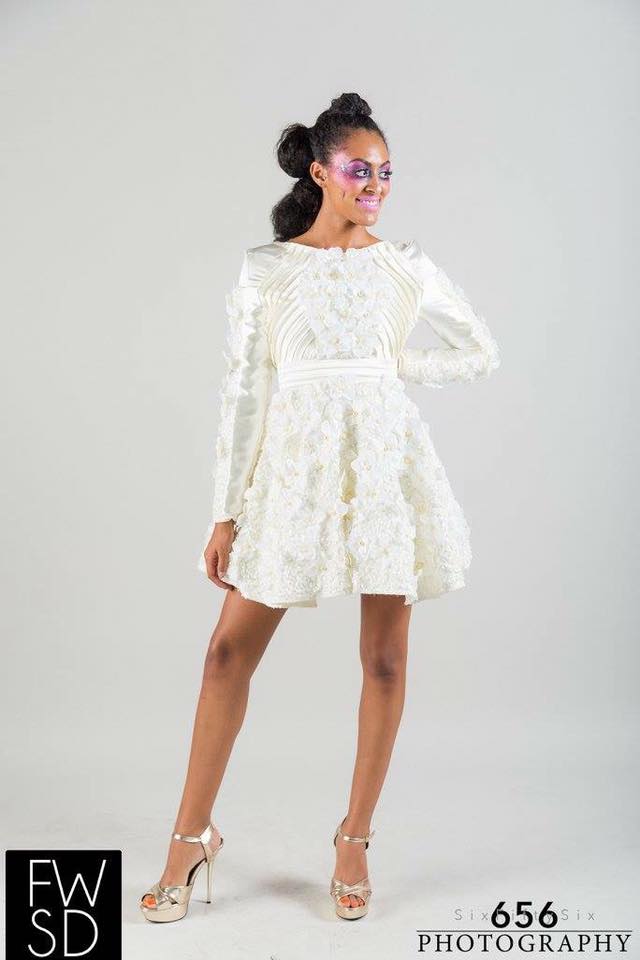 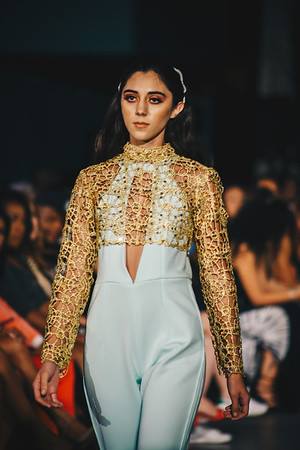 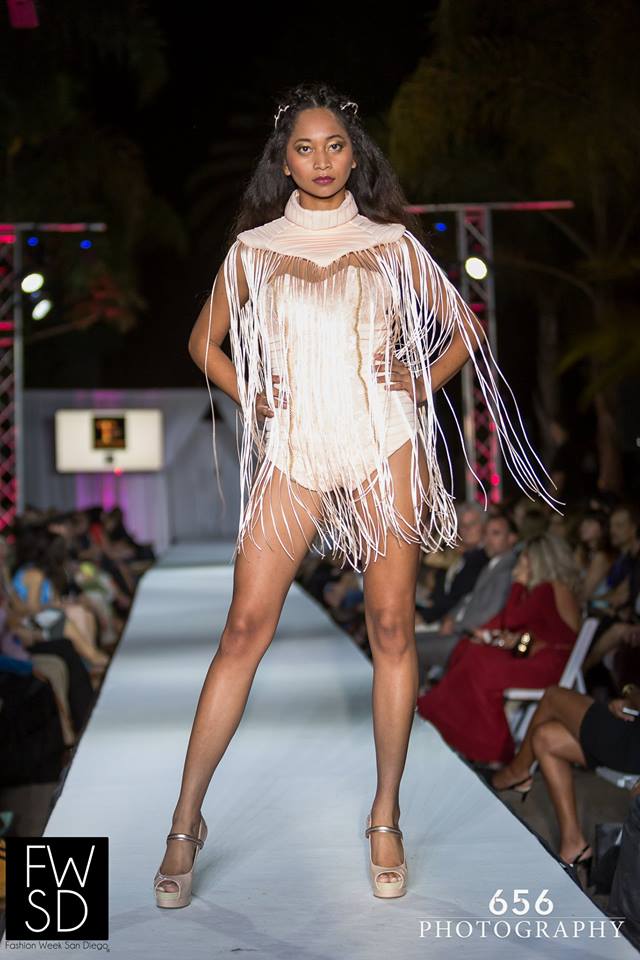 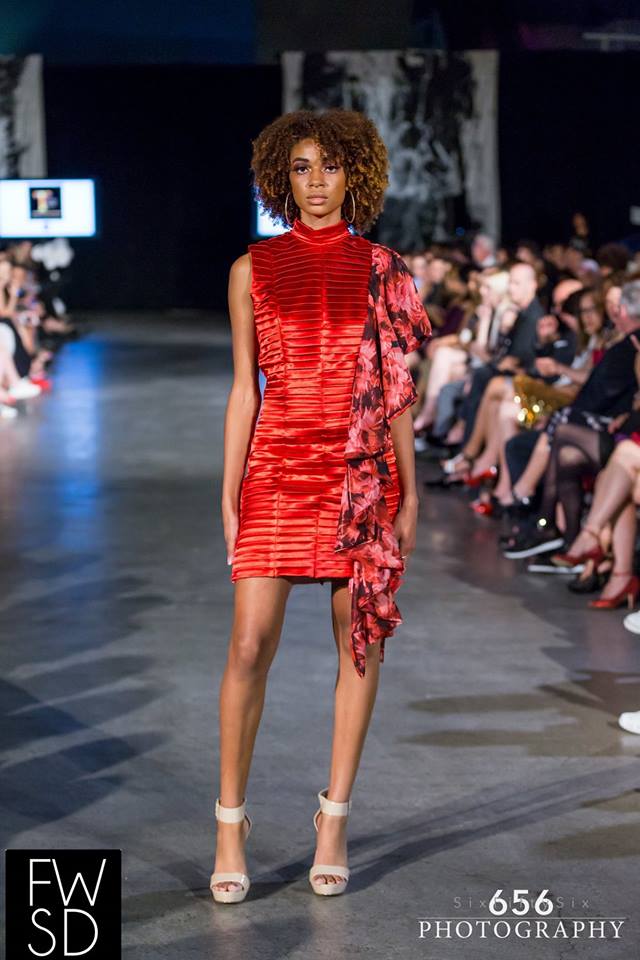