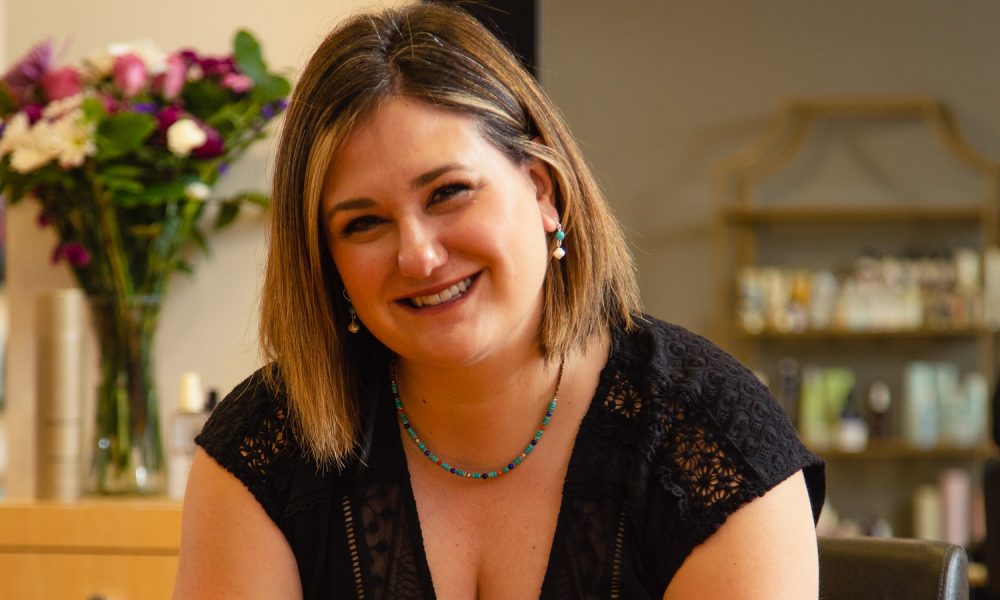 Today we’d like to introduce you to Cyrena Potenziani.

Cyrena, let’s start with your story. We’d love to hear how you got started and how the journey has been so far.
I used to have this mentality of life was just about survival. It was getting through each day one at a time. There were days that I wished I just wouldn’t wake up. I have read self-help books, gone to therapy, but nothing was going to change the events of my past and I was the only one that could dictate my future. Being diagnosed with PTSD was a huge eye-opener, I thought only people who went to war had that. I was wrong.

I was 14, there was a boy and I thought he was better than Brad Pitt (it was the 90’s). He knew I liked him, he was older, and I was a nobody. I imagined our first kiss like something out of a romance movie. NOPE. It happened so fast, all I felt was his weight on top of me, his hand around my neck, the pain, and tears streaming down my face. Time stood still, his hand on my neck, I couldn’t scream, for a moment, I thought I was going to die or pass out, then I heard him in my ear again. “If you say anything, nobody will believe you.” And just like that, he was gone. For the next three days, I said I was sick and didn’t go to school. I had my four cinder block walls of my dorm and my thoughts. In the months following I turned to anything that would take my mind off what happened. Getting high was my escape, it didn’t matter anymore. My body felt like it wasn’t my own. “He” had gotten kicked out of school that same year which helped not having to see his face. The rest of high school was a blur and I just wanted out of there as fast as possible.

It got better after high school. I learned that I really loved to work and my work ethic could get me places. As far back as I could remember I always said I wanted to be a cosmetologist and own my own salon. I had no clue how this was going to happen but at least I had a goal. There were definitely some snags along the way but somehow I survived it. This roller coaster wasn’t over yet and I wasn’t prepared for this ride.

I had a few boyfriends here and there, but it was just sex and sex meant nothing to me. Then, I met the first guy who treated me well. He was perfect, gentle and kind, but a little bad boy persona. I was sitting there with my Mom watching the 10 o’clock news when they said a deadly motorcycle accident involving two people. I knew, I just knew. He was dead.

I moved in with a friend and four months went by and I was at a Halloween party. I had no intention of getting involved with anyone. But he was persistent. I agreed to a date. Everything seemed good. He was handsome, popular and we were good at partying together. The physical abuse happened slowly, brought on by fights and then making up with this intense passion. We were like a drug for each other. One particular drug binge night, I was beaten up outside of a nightclub to the point of unconsciousness. I woke up in an ambulance and was taken to the hospital. I had a broken eye socket, stitches in my mouth, a concussion and bruised ribs. The police came to question me and I told them what I remembered but decided not to press charges, but the state did anyway. I told myself it was over, I promised everyone it was, but I lied. He posted bail and I was at his apartment. With apologies and tears, I was back and felt defeated. A few months later, the unbelievable happened. I was pregnant.

What the heck was I going to do? I can’t be in charge of another life when mine was so fucked up. Everyone had their opinions, but it was my decision to make. I believe things happen for a reason and this was a wake-up call. Things were going to have to change. Isabella was born in July of 2003 and for the first time in my life, I had a direction, I had hope and dreams. I want something better for her. With the abuse still occurring, I filed for full custody, and to my surprise they let me go to California. I knew he wouldn’t follow us. It was just too inconvenient. I was free.

I knew exactly what I wanted to do. After moving to California, I started beauty school and was on my way to living my life. To be someone my daughter looked up to. Still, during all the bad times and good, I was being haunted by my past. Seeking help was a must because I had to be better for her. I have taken medication for depression and anxiety for the majority of my life. Without it, I don’t know who I would be. But along with the medication, there was a lot of soul searching. I needed to find out who I was and not let my past dictate my future.

Things were changing, I was happy. Being a mother gave me fulfillment. Having a career gave me purpose. But I didn’t want to do it alone. With much angst and by the suggestion of my Mom, I joined Match.com. For months, I thought of how this was silly, who finds someone online. Then, James came into my life. He was nothing like anyone I have ever dated. Blonde, blue eyes, a total California boy. He was religious and came from a large close family. Being a single mother turned off a lot of guys but James said: “it’s not baggage, it’s a gift.” How can this be happening? I don’t deserve this. I thought something will fuck this up.

Even though there was more shit than a manure farm, James asked me to marry him. We were married in August 2008. I knew for this to work there had to be full transparency and honesty. He had to know and it was ok. I spoke freely about my past and he was compassionate and understanding but knew it didn’t define who I was, and that I was capable of fulfilling my dreams. We had our first child together in 2009. A beautiful baby boy. Jonathan was a joy. His eyes could light up a room. I couldn’t put my finger on it but something was different. When he was two, I found out I was pregnant with my third. My pregnancy took second place because my attention at the time was on my son. After my daughter Carly was born, we found out Jonathan had autism. I found myself in a deep depression. New baby girl, an autistic son and an 8-year-old daughter and I was completely lost. I had no clue what I was going to do. Book after book and a ton of research, I found out how important early intervention was. He was going to need help and I needed to get my ass up to do it. We began to see improvement and it was clear we were doing everything we could. During all of this, I continued to work. Doing hair kept me sane. It was my therapy and a place where I could just be me. I loved every aspect of this crazy industry and I knew one day I would have my own salon. It’s strange how so much life can be lived and how sometimes, it seems to move at a snail’s pace and other times like the speed of light. It’s true that time heals, and you don’t have to forget the past as long as you move forward. James and I have been married over ten years and we are the proud parents of three very different wonderful children.

I bought my salon in October 2017. Why? Because why not. I knew this was what I was supposed to do. Never did it cross my mind like maybe I have enough on my plate. This was important to me. It was fulfilling a childhood dream that I never thought would come true. Gloss Hair Studio is thriving. I am supported by my family, my team and my community. This is proof that whatever shit life throws at you, life can’t stop. As a woman, I want to be a voice to those who fear they need to be silent. Whatever we suffer from there is always a way out. Every woman is strong, sometimes, we have to dig deep to find that strength but it’s in all of us. We are lucky to live in a time where mental illness doesn’t mean you can’t be successful. Life can be hard, but we have the choice to make it what we want it to be. I choose to work hard, be the best mom I can be, a supportive partner to husband, and a leader to my team. I got this.

Great, so let’s dig a little deeper into the story – has it been an easy path overall and if not, what were the challenges you’ve had to overcome?
The road can be bumpy, it can take you through twist and turns. There may be times of darkness. But there is a bright light and it has been in you this whole time. Having a diagnosis doesn’t define who you are. There are people that can help, and don’t ever feel ashamed of needing medication.

Alright – so let’s talk business. Tell us about Gloss Hair Studio – what should we know?
Doing hair is my outlet. It didn’t come easily to me, but I worked hard. I have had my license for 13 years, and have taken classes to perfect my skills and be the confident stylist I am today. I don’t believe in putting yourself in a box, I specialize in everything, all aspects of hair is my specialty, from color to balayage, cutting and styling. And if there something I don’t know, I learn it. I have owned my salon for almost two years and I love it. Coming to work seeing people work hard, seeing clients walk out feeling empowered and beautiful. There is a lot of ugly in the world and gloss puts beauty into it.

Our Mission
Our mission at Gloss Hair Studio is to offer our clients an experience that exceeds expectations. We are a team of highly trained artists and specialists. Through education, collaboration, diversity, and creativity we will achieve amazing results. Our standards of customer service are superior. We are a tribe that nurtures and helps each other grow as professionals. Through experiences, we hope to create long-lasting relationships with our clients and our community.

A quote by Lewis Edwards:

“For decades, great athletic teams have harbored one simple secret
that only a few select business teams have discovered, and it is this:

“To play and win together, you must practice together.”

Do you recommend any apps, books or podcasts that have been helpful to you?
Thriver’s Society – Britt Seva (podcast and Facebook group)

Beyond the technique (podcast)

The Subtle Art of Not Giving A Fuck by Mark Manson 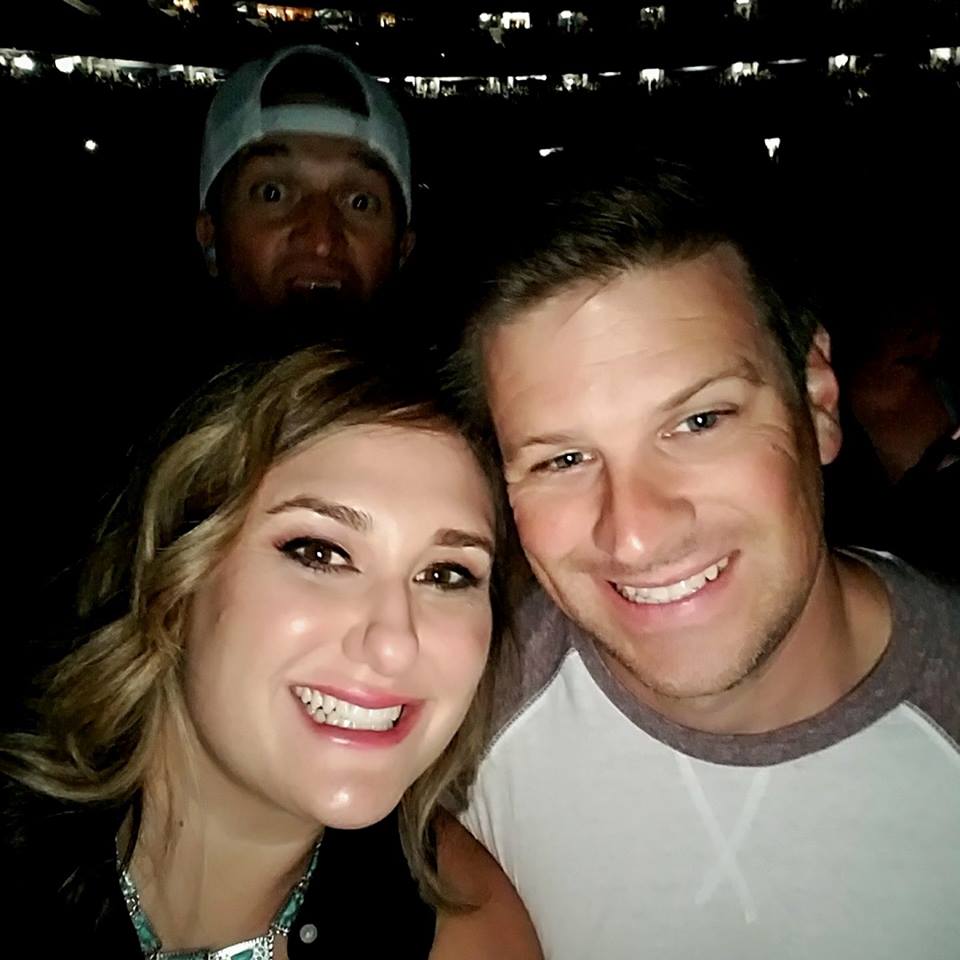 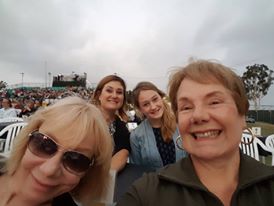 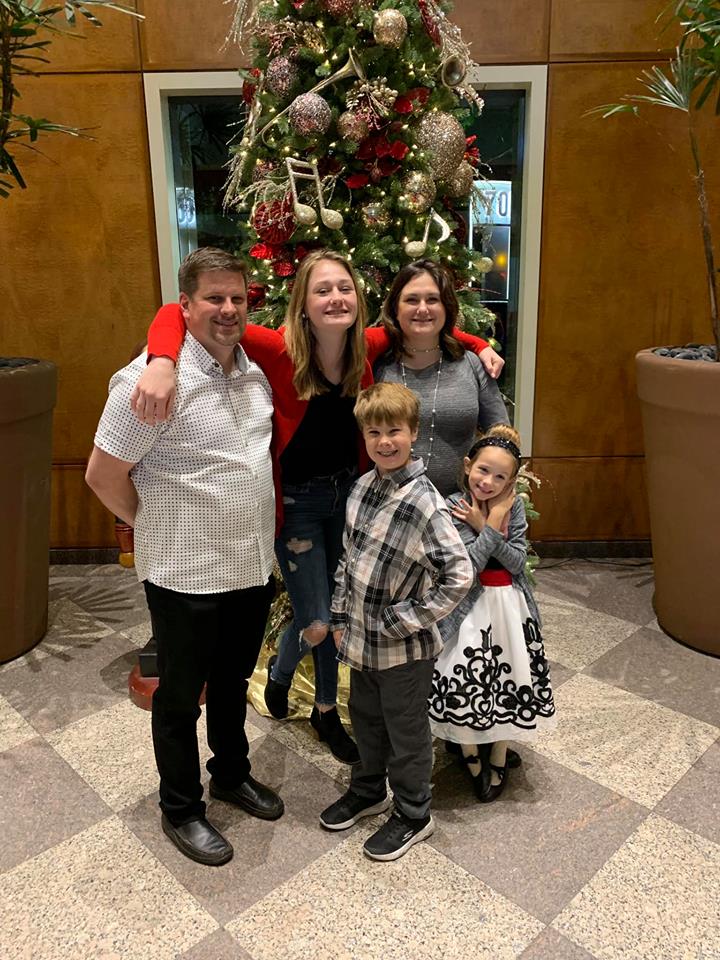