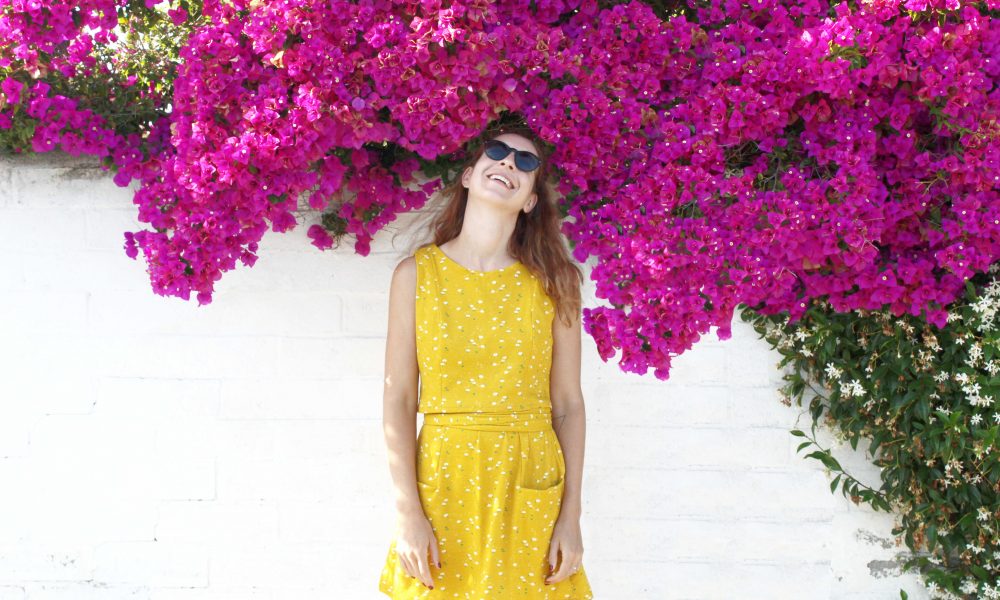 Today we’d like to introduce you to Julia Russ.

Thanks for sharing your story with us Julia. So, let’s start at the beginning and we can move on from there.
I have always known that I loved to sew and wanted to work in the fashion industry. There was never really this “aha!” moment–It’s just never been a question that my career would land somewhere in the realm of fashion & design. But where I would land exactly–That has been the struggle.

After graduating high school here in Southern California (Serrano High School in Phelan), I attended a junior college (In Oregon–But that’s a whole other love story) and received my AA. While working on my AA, I applied for the fashion design program at FIDM: The Fashion Institute of Design & Merchandising. I was accepted and decided to attend the San Francisco campus. Then after another two years, I received my second AA–This time in Fashion Design.

While at FIDM, they drill into you that the ultimate goal of a fashion designer is to have your own line. To create collections twice a year, with a store and a team and inventory and fashion shows. And so with the idea that I wanted to dip my toes into running a line before starting my own, my boyfriend (& now husband) and I decided to just make the leap and move to New York. We had lived near LA most of our lives and decided it would be an adventure to move to New York and try it. So, we did it!

Two weeks after graduating from FIDM, we had packed up our lives and shipped all of our belongings on a train to Penn Station. We packed a few suitcases full of clothes, then hopped on a plane with our pup Teri and one-way tickets to NYC. We didn’t have jobs, an apartment, friends or family living there–Nothing. I did have an interview for an internship lined up though, which I ended up getting. Which then ended up turning into a full-time job that I worked at for two years.

And after working tirelessly in New York for those two years. I had this realization. It was freezing in February, snow, and ice everywhere. I was walking from the train to the store/office I worked at, and I stepped on a patch of ice. Only, it wasn’t ice. It was a foot deep puddle of freezing cold water. I just stood there for a second, only an hour into my day, already stressed out and freezing. And I realized… I didn’t want to live like this. It wasn’t what I wanted.

So, long story short, we decided to move back to California. I had no idea what I was going to do–It’s not like there is a huge fashion scene in California unless you live in LA. And I really didn’t want to live in LA, it’s just not my place. We landed in San Diego, since both of my sisters live here, and I worked a few retail production jobs. But nothing stuck and I was still unhappy.

So, I decided to really dig in and figure out WHAT would ultimately make me happy. Because it wasn’t what I always thought it would be–Living and working for a fashion label in New York City. But if you don’t have a clothing line. Then, what in the world can you do in the fashion industry?

I picked up a book that one of my girlfriends in New York had recommended to me: “Finding Your Own North Star” by Martha Beck. This book was life-changing for me. It helped me walk through what I actually enjoyed doing–And in relation to my career in the fashion industry, what I really loved doing was pattern drafting and sewing. So I thought some more about it–How could I turn that into an actual job that I would enjoy and find fulfilling?

I decided to start a sewing blog and see where it went. And that’s how The Flora Modiste was born–As a sewing blog. For the last two years, I have been building on that blog, creating sewing tutorials, DIY projects, and encouraging women to just START sewing. And now, we have our very first product up–A sewing pattern and DIY kit for one of our most popular sewing project, the Dany. And this is just the beginning. 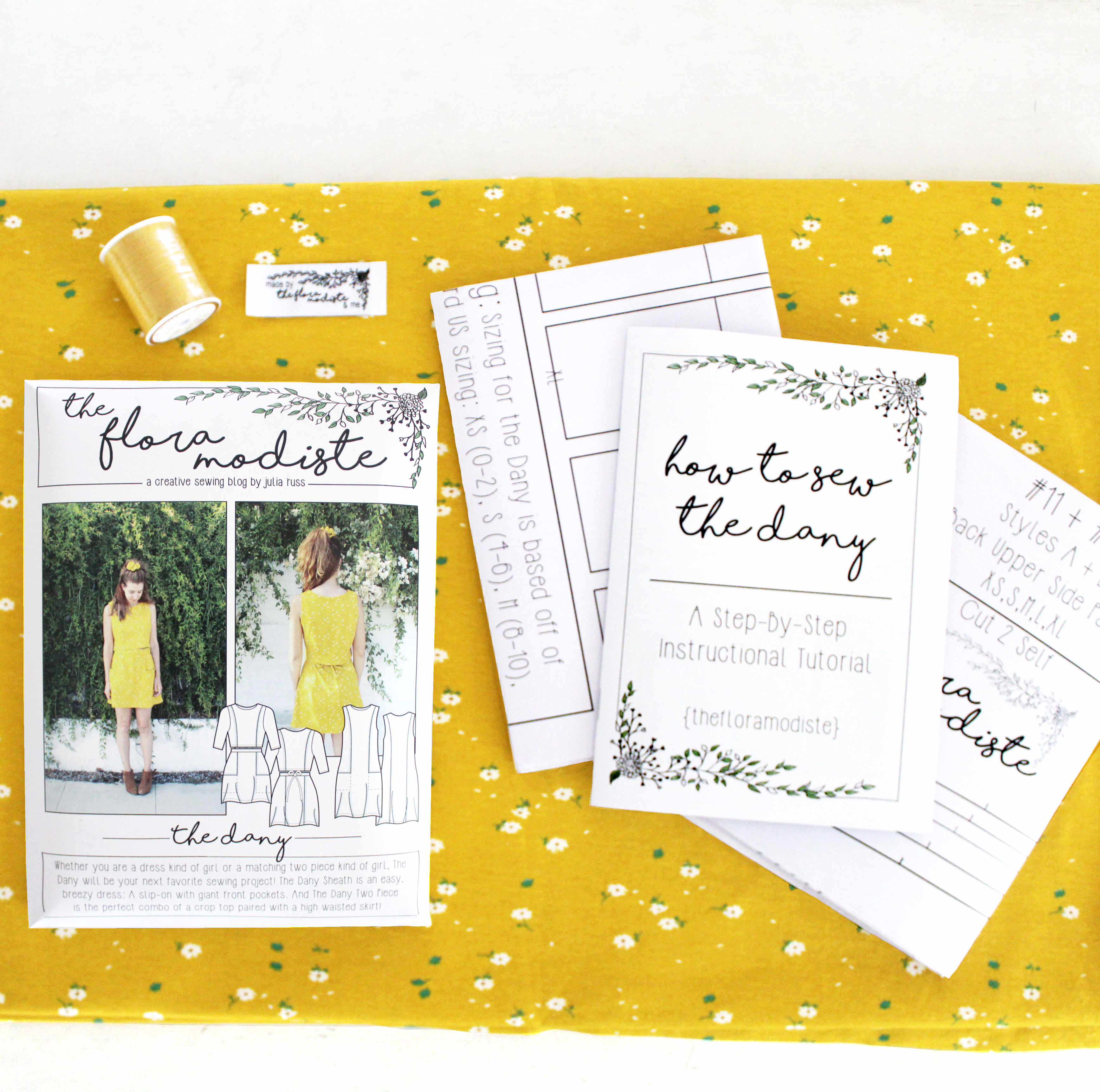 We’re always bombarded by how great it is to pursue your passion, etc. – but we’ve spoken with enough people to know that it’s not always easy. Overall, would you say things have been easy for you?
It has definitely not been a smooth road. My biggest struggle was learning that what I had always imagined my dream as being. Wasn’t really my dream. I had pictured this life of working hard in New York–Starting out with a small label and learning how to do everything needed to run a successful business, and then venturing out and starting my own. And that’s always what I had dreamed of doing–From high school until I was actually there in New York fulfilling the steps of that dream.

And then, realizing that that actually wasn’t what I wanted. It was hard. I felt like I had always had a direction, a goal. And then all of a sudden I was left directionless. Lost. I literally had no idea what to do.

If feeling directionless and lost, my best advice would just be step one: Find your direction again. It doesn’t have to be anything concrete, like knowing what job you’re going to start looking for, or what business you want to start. Just look for a direction. The way I found mine was through the book “Finding Your Own North Star” by Martha Beck. Your book or your method could be different–Just experiment and find it. I honestly also probably should have gone to therapy–I think that would have saved me years of pain and struggle. If therapy is your method of finding your direction again, do it.

And if just starting your journey. My advice would be to stay open. While I think it’s invaluable to have a direction, I don’t know if I would recommend focusing on an exact goal. Stay fluid and flexible–Things change. You change. Be open to opportunities and experiences, so that when (not if) something doesn’t work out as planned then you won’t be crushed and lost, as I was when I left New York. 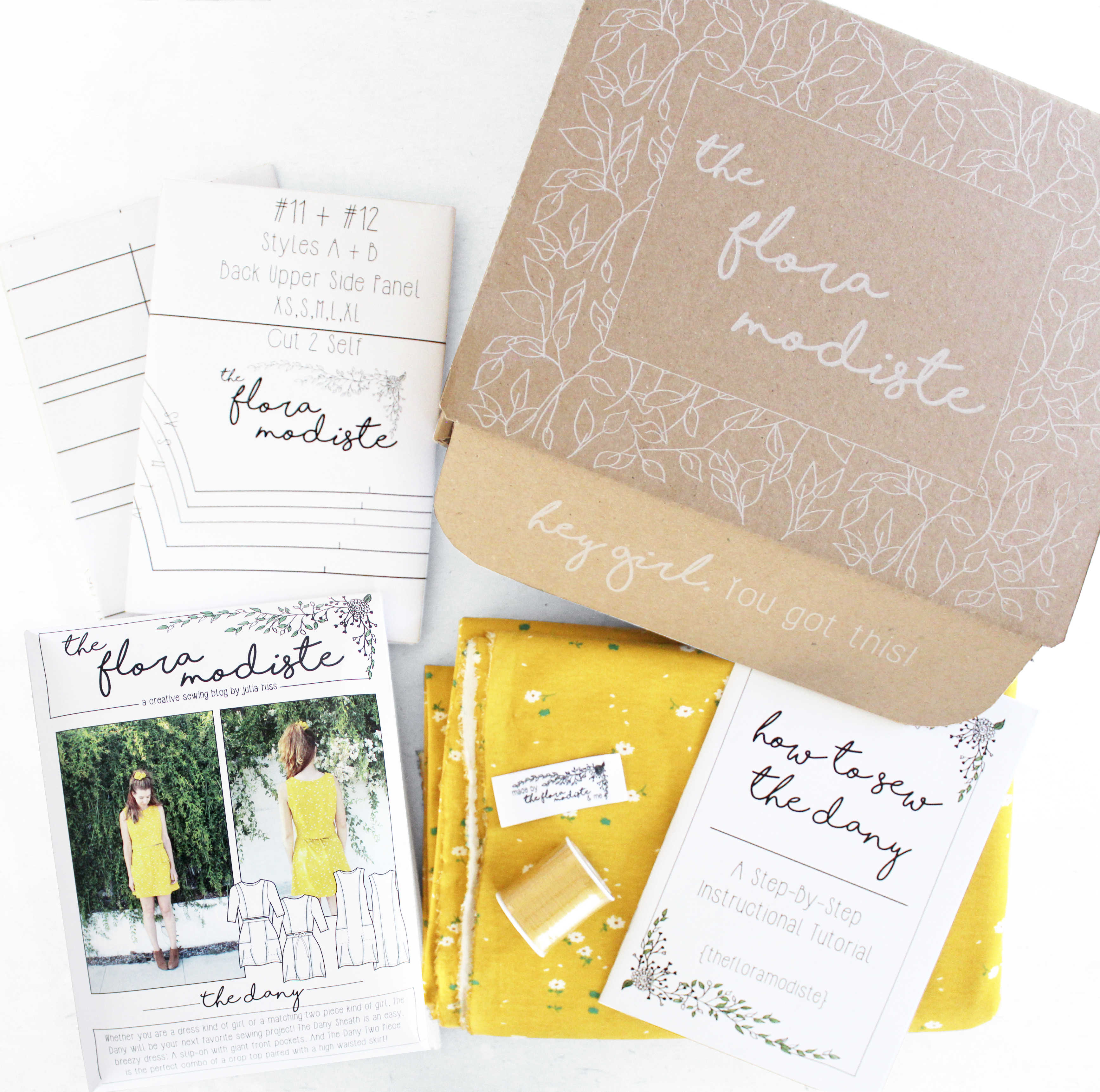 We’d love to hear more about The Flora Modiste.
In a nutshell, I make sewing patterns for womenswear. All of our sewing patterns are drafted by yours truly, which are then graded into a full-size range. After purchasing the sewing patterns, women are then able to cut, sew, and wear our designs!

We also offer full DIY kits, which include everything needed to sew up a project: The sewing pattern, instructions, fabric, thread, and any additional trims needed. The goal with the DIY kits is to get women sewing as easily as possible because it can definitely be overwhelming when learning a new skill. And just getting started is sometimes the hardest part!

I am proud that our sewing patterns are unlike anything on the market–The paper for the patterns is of the highest quality (not like the flimsy tissue paper used with traditional sewing patterns) and the instruction manual that walks you through how to sew the design up includes full-color photos. There also aren’t too many pattern houses out there that offer full DIY kits–There is only a handful that I’m aware of, and not a single one for a beautiful design like the Dany. (Our first sewing patten & DIY kit available for sale!)

The Flora Modiste is unique in that we are keeping things simple & minimal. It’s so easy to just create, create, create. To build up a site with so much content that it’s lost in the shuffle. And sewing is already complicated enough–but it doesn’t have to BE like that. We’re here to just create a few good, versatile sewing patterns (you can make 3 completely different garments using the Dany sewing pattern), to teach useful sewing tutorials, and to create DIY projects that you will actually use in your everyday life. 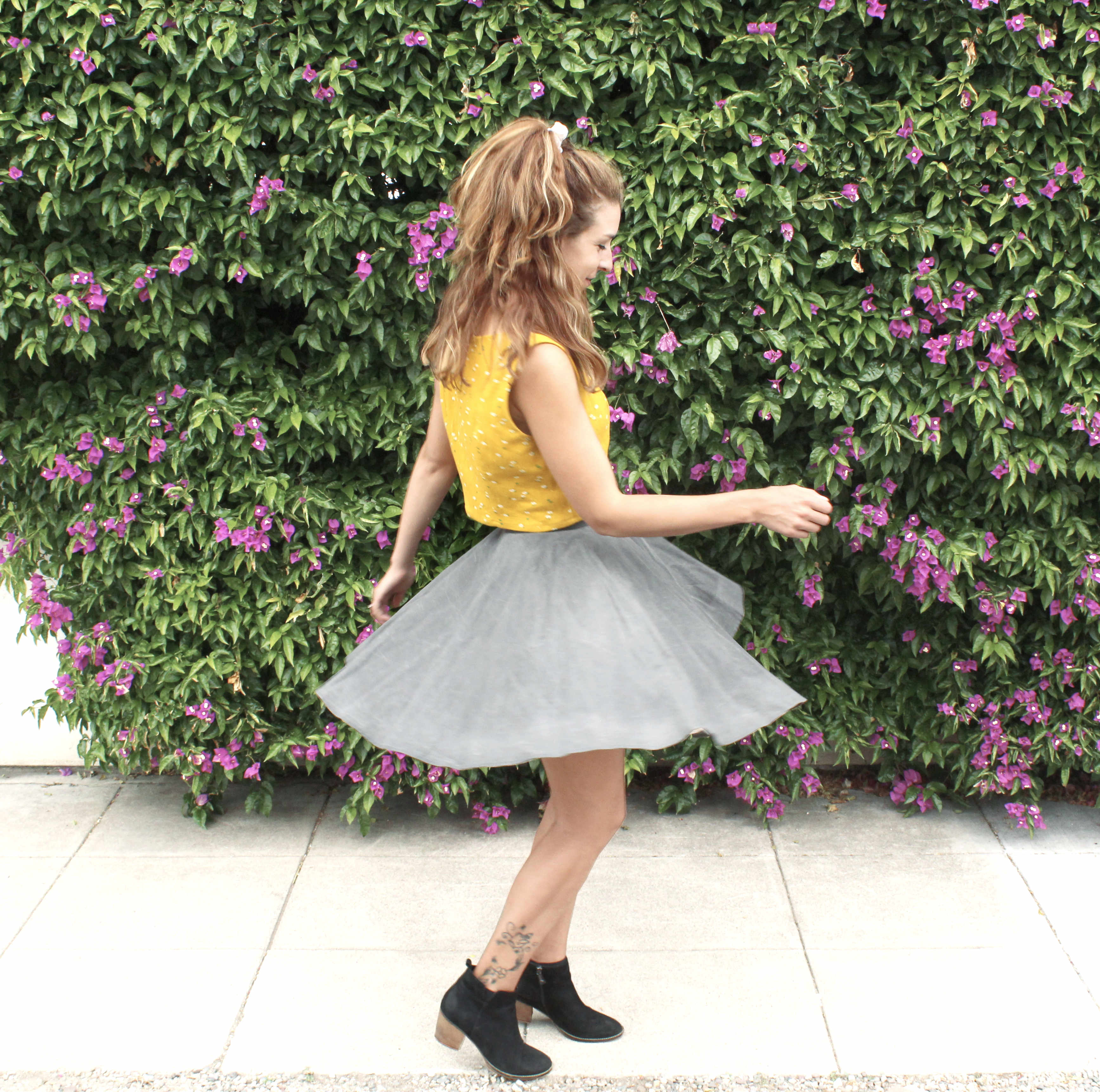 Do you feel like there was something about the experiences you had growing up that played an outsized role in setting you up for success later in life?
I can just tell young women what I have learned from my own personal experience–Things I wish I had known when I was just starting out:
1. Things change–Always. One of my favorite things to remind myself is that everything is temporary. Be open to your goals and dreams changing, because they most likely will. BUT always keep that direction and that drive. As long as you have that, you will find your way.
2. Never stop reading. Ever. Whether it’s a book a month or a book a week, always make time for it. You will be a better human for it, I promise.
3. Stay active. As a woman that didn’t start exercising until she was 25, my health (both mental & physical) has changed dramatically for the better since I started exercising regularly. I am a runner, but you do you. It’s so easy to get overwhelmed with your career and let that take precedence over staying active–I struggle with it myself, to this day–But it is so, so important to always put your health first. Always. 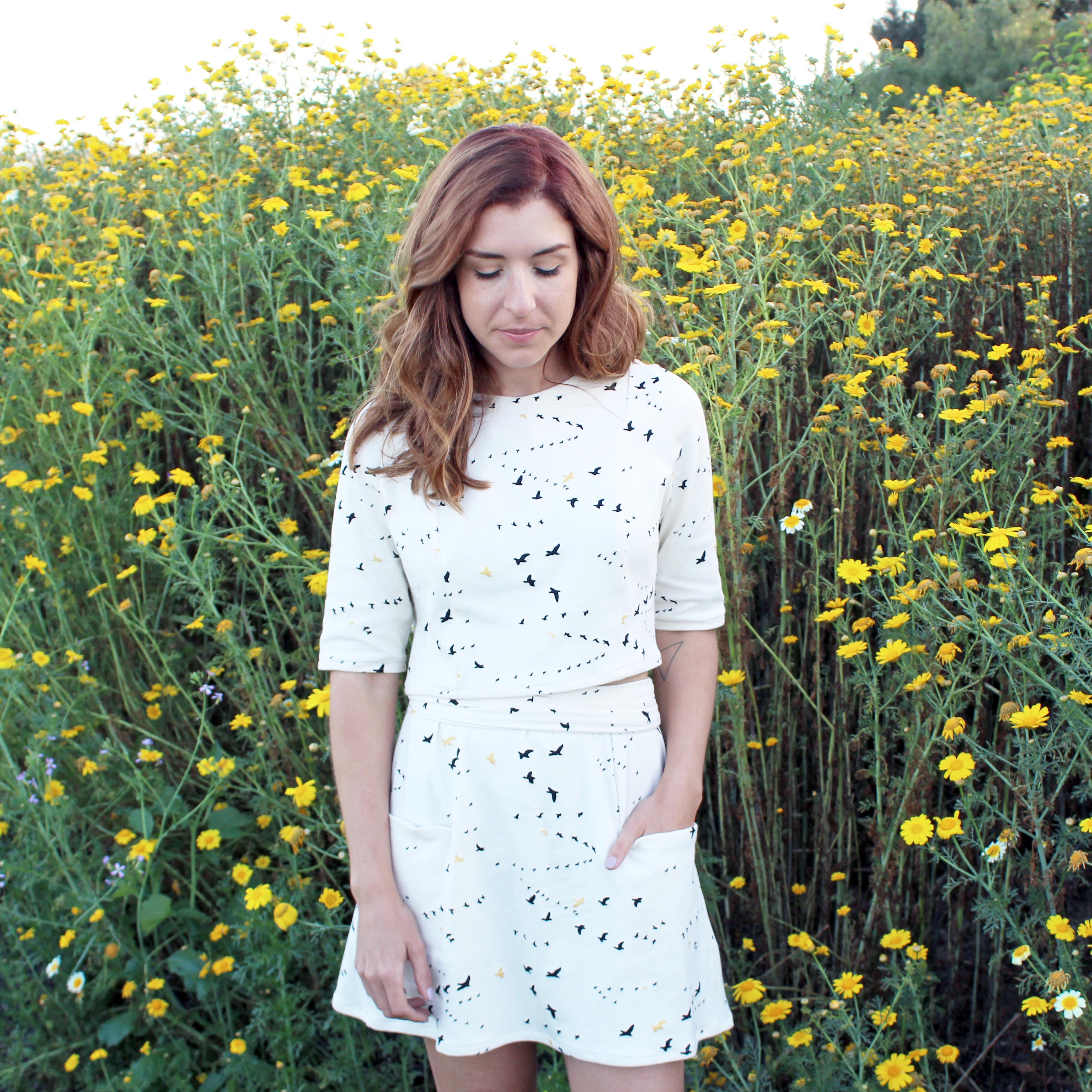 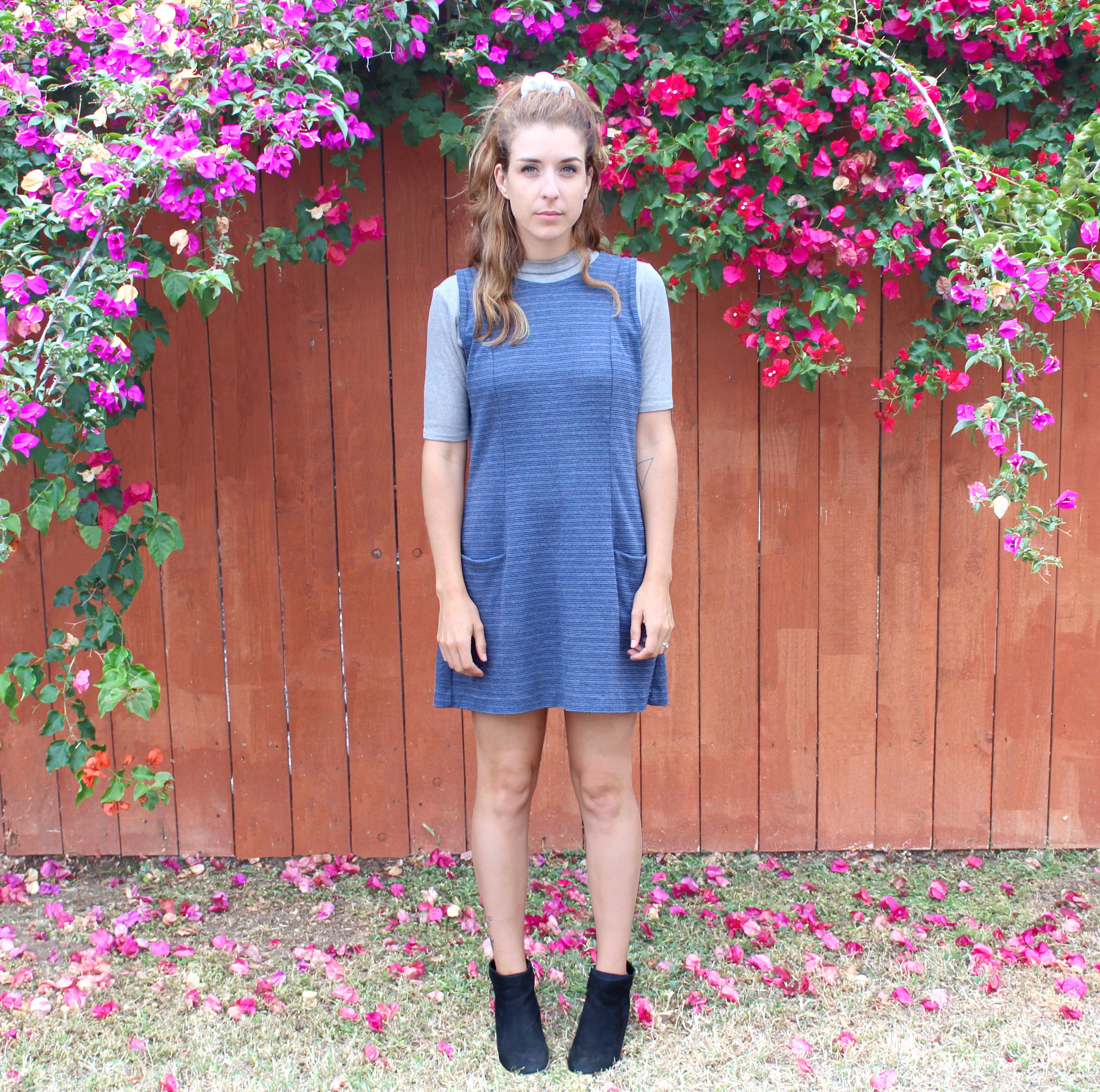