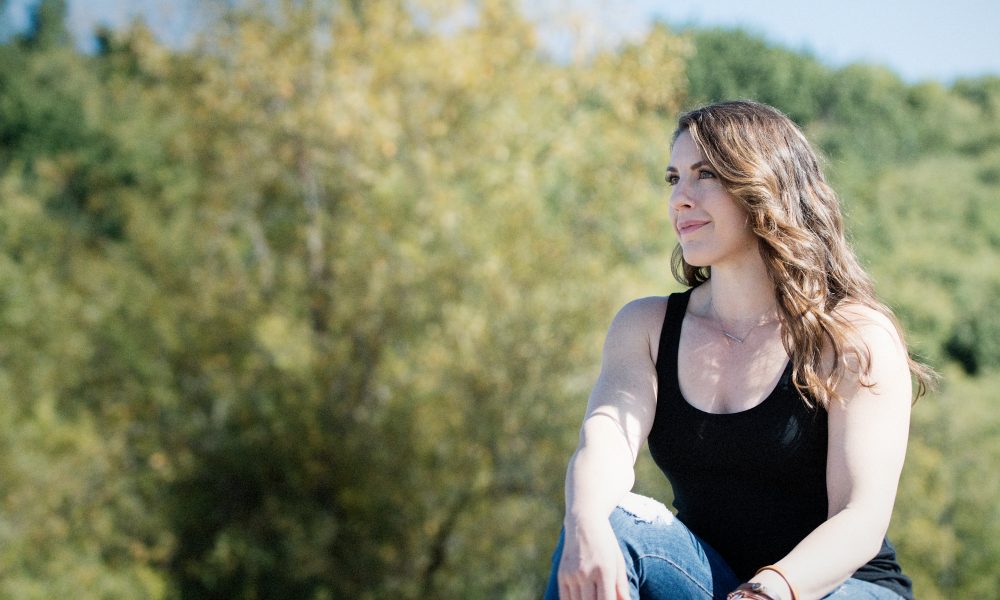 Today we’d like to introduce you to Steph Gaudreau.

Steph, let’s start with your story. We’d love to hear how you got started and how the journey has been so far.
Like many girls, I grew up absorbing the message that in order to be liked and accepted, I had to be thin. A perfect storm of voices—from family, media, and even my doctor—combined into one declaration: You’re a fat kid. Lose weight. Or else.

The thought of being unloved and not enough because my thighs were thick and I wasn’t as small as other girls was enough to kick off a decades-long obsession about my body. In middle school, it meant trying to hide my body and feeling crippling self-consciousness. By the time I finished high school, hating my body was practically a part-time job, and I was hyper-aware of eating foods that had too much fat or too many calories.

Once in college, I picked up a fitness habit. On the surface, it probably seemed “healthy”—after all, society praises exercise—but I’d spend hours doing workouts I hated only to wake up the next morning, get on the scale, and hurl insults at myself if the number didn’t go down. If I ate something deemed unhealthy, or I ate too much, I’d stay on the cardio machines longer and longer to make up for food sins. I compulsively pinched the fat on my thighs every day for years, measuring myself like a pair of human calipers, seeking the slightest shrinkage.

By the time I was in my early thirties, I’d reached a breaking point. All the restriction, stress, worry, and weight loss diets had failed to make me thin enough. Exercise became another way to numb myself to the failure I felt I was. Thinking about my body consumed so much of my energy. At the end of the 2010 triathlon season, I hit bottom. I saw a photo of myself—in all reality, I’d lost a lot of weight through a combination of undereating and overtraining—and my first thought was, “You look disgusting.” I felt resigned to a life of never feeling small enough, and it was hard to imagine there was a way out.

Quite by chance, I began making a series of choices in four key areas that would change the way I viewed my body and impact the trajectory of my life forever.

First, I turned to real, whole foods, minimized ultra-processed food, and started eating more nutritious fats and protein. Second, I left the endurance world and began lifting weights. Third, I began sleeping and dealing with stress. And finally, I began questioning and working on my mindset. By making small, gradual changes over time and focusing on ways to nourish myself, I loosened the grip that negative body image had on my life. I had more energy, my moods drastically increased, and my brain fog disappeared. As I got stronger, I stopped obsessing about what my body looked like and instead directed my attention to what my body could do. Finally, I found freedom.

This experience changed my life in such a profound way that in 2013, I left my twelve-year science teaching career to become a nutritionist, strength coach, and blogger so I could share these four pillars of health with other women.

Overall, has it been relatively smooth? If not, what were some of the struggles along the way?
The road has been anything but smooth, but I believe that’s a gift. It’s through challenges and setbacks that I’ve learned to look for opportunity. I’ve faced so many setbacks with leaving a relatively “safe” teaching career in favor of the volatile world of online entrepreneurship. Along the way, I’ve lost money, created programs that ultimately failed, doubted myself, and struggled massively with imposter syndrome. I’ve also struggled with comparing myself too much with others and measuring my success based on someone else’s metrics. However, I’ve never completely given up on myself, and I’ve learned to take those lessons as data points, learn from them, and move forward. Some of the advice I come back to is the simplest but perhaps the hardest to implement.

First, start where you’re at with what you’re passionate about and just start creating. Stop trying to make it perfect and stop worrying that you don’t have it all figured out. Take a step now, today. Put something out there whether it’s a video from your phone, a picture, a recipe, whatever.

Second, you learn your voice by doing not by thinking about it in your head. Start writing or speaking and get it out of your brain.

Third, network and connect with people you admire. Offer to help them before asking for favors. Be part of their communities in an authentic way.

Alright – so let’s talk business. Tell us about your business – what should we know?
I help 35+ women transform their nutrition and fitness without shame tactics or crash diets. I believe women have the right to be strong and take up space because the world needs our voices, gifts, and presence now more than ever. For too long, women have used restrictive diets and exercise as punishment in an effort to shrink our bodies, but in the process, we’ve lost ourselves. We’ve lost touch with our own inner power as strong women who have worth no matter what we look like, My mission is to help women embrace their bodies and own their power by building health through a four-pillar approach that involves foods as nourishment, movement, energy, and mindset.

What’s the most important piece of advice you could give to a young woman just starting her career?
Ultimately, realize that you’re playing a long game but what you do each day also matters. Do your best and commit to learning. Use mistakes, failures, and setbacks as your greatest teachers. 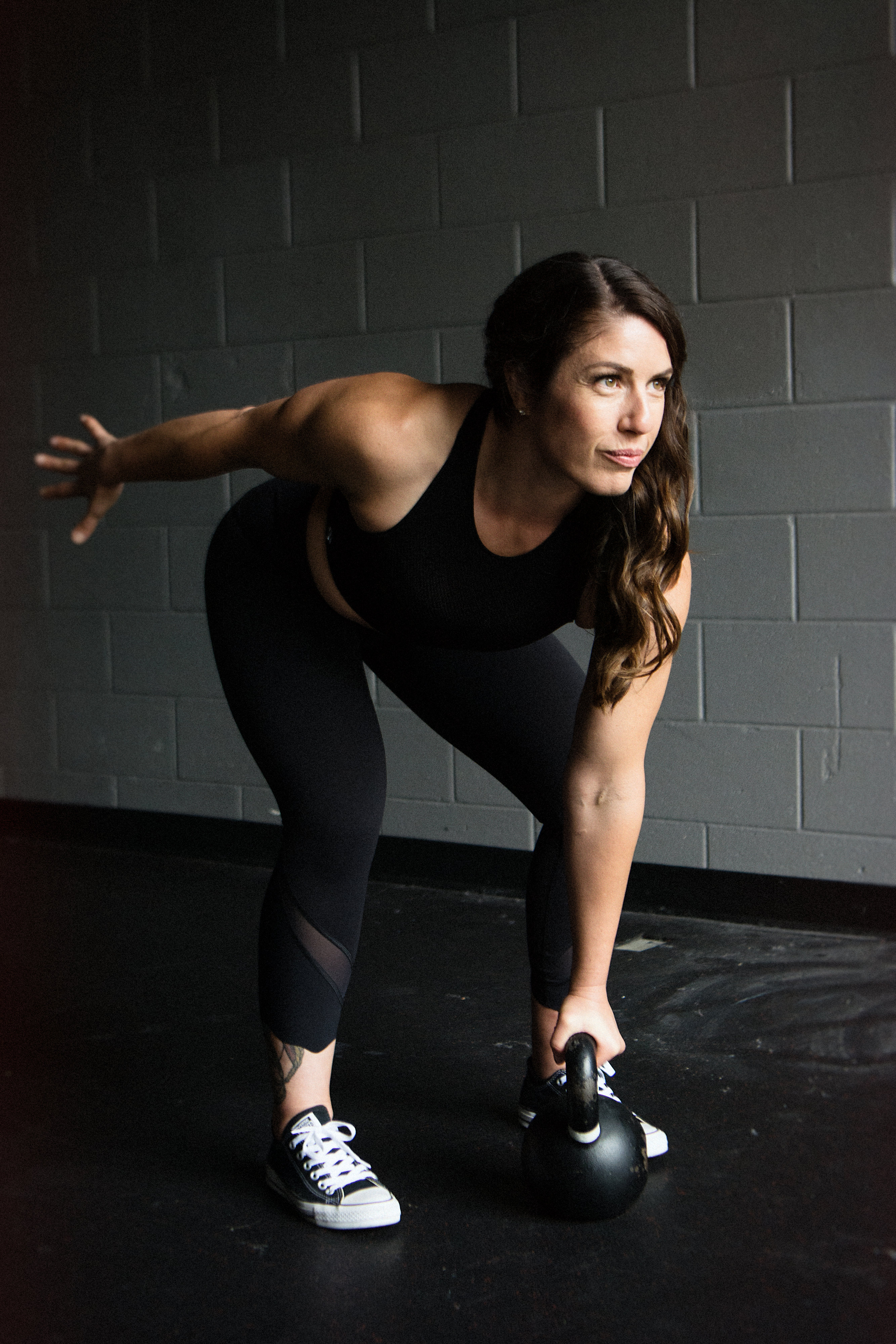 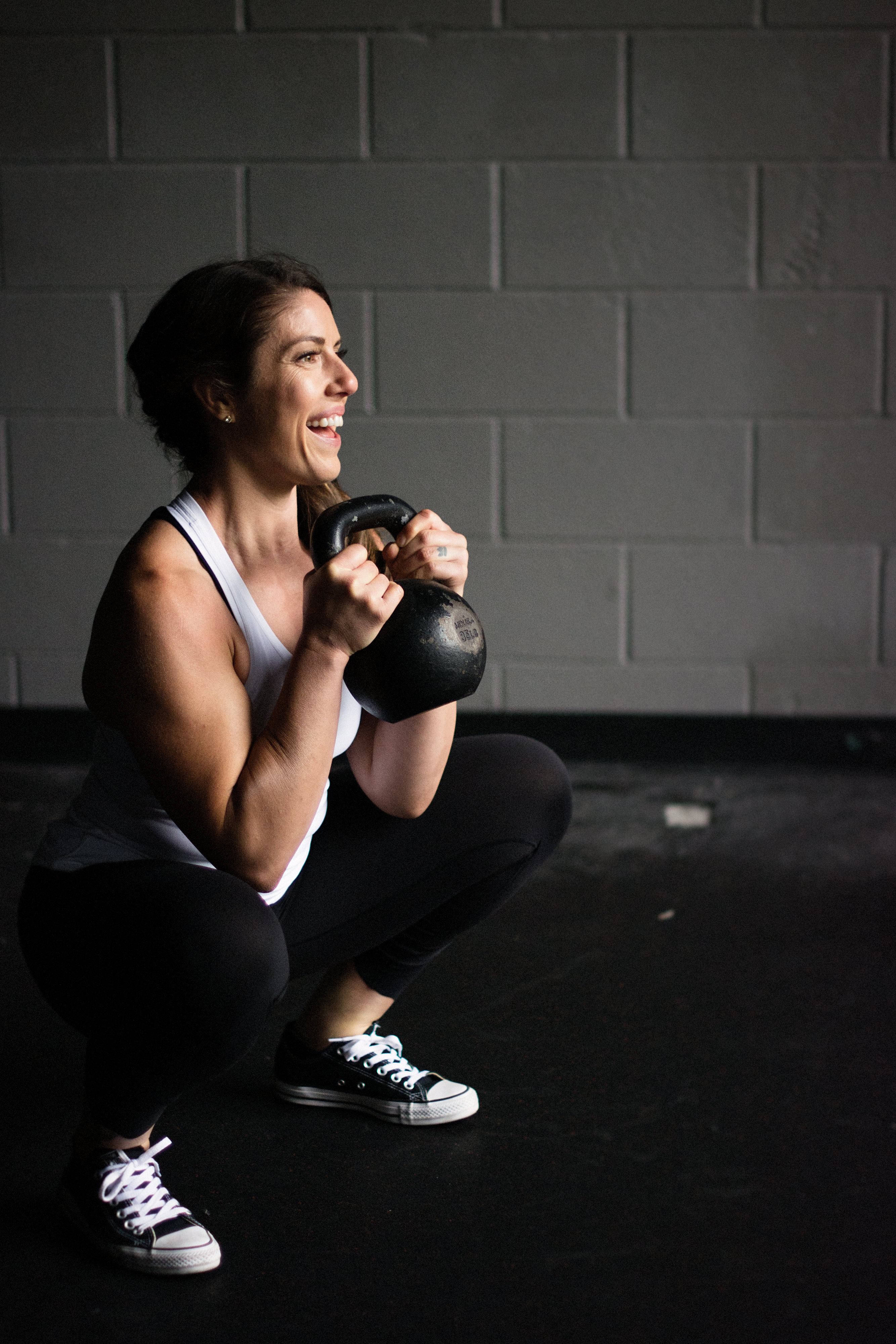 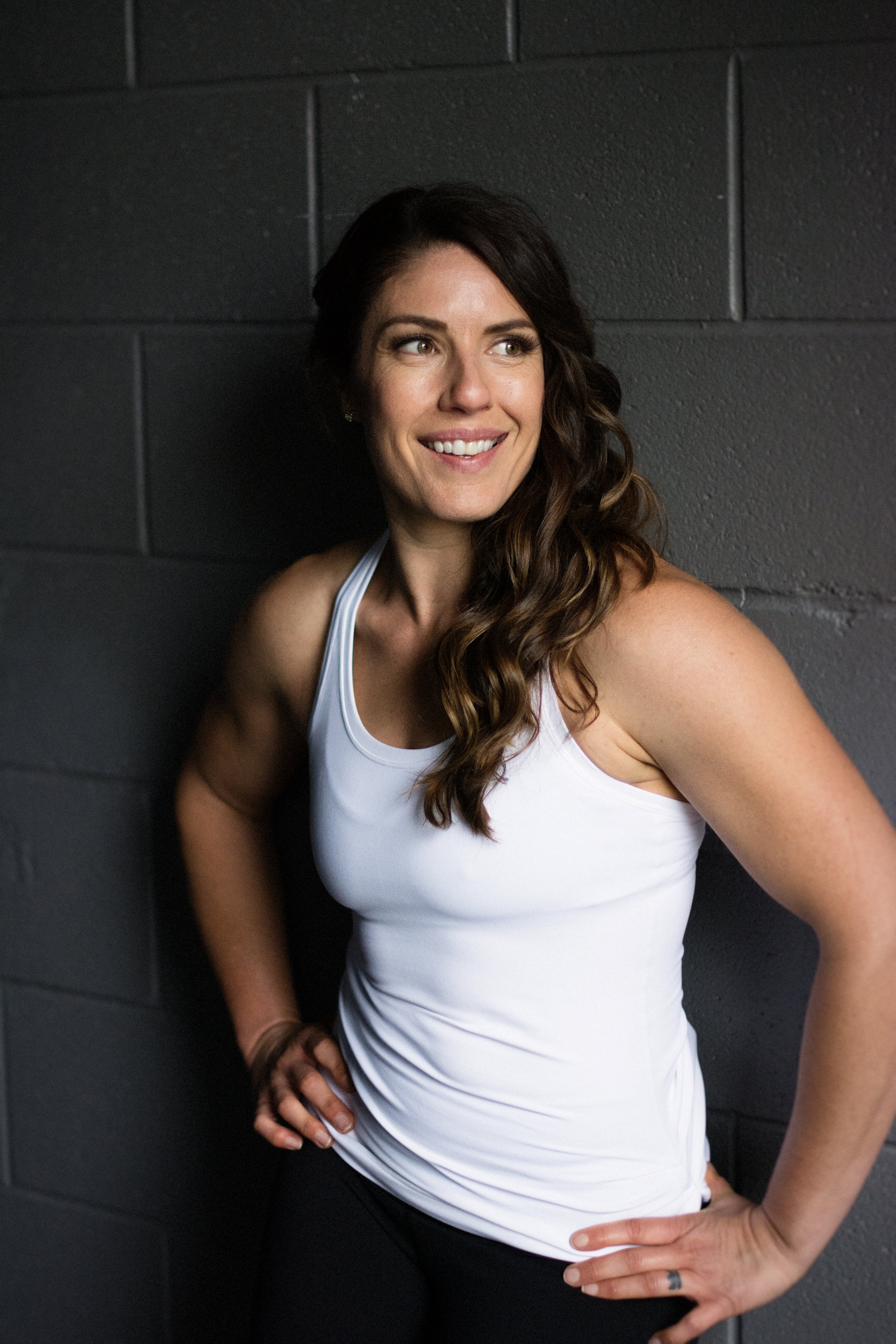 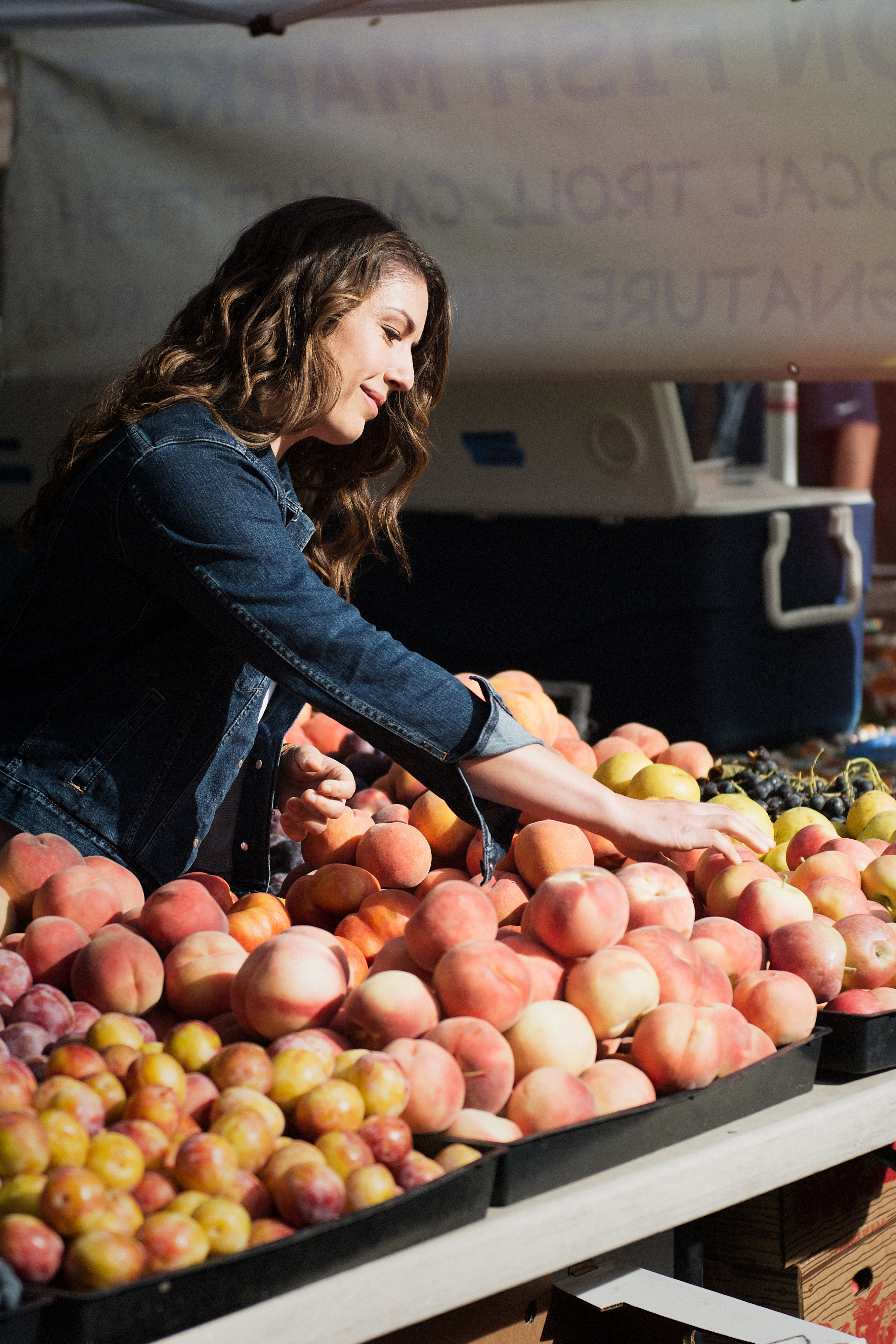 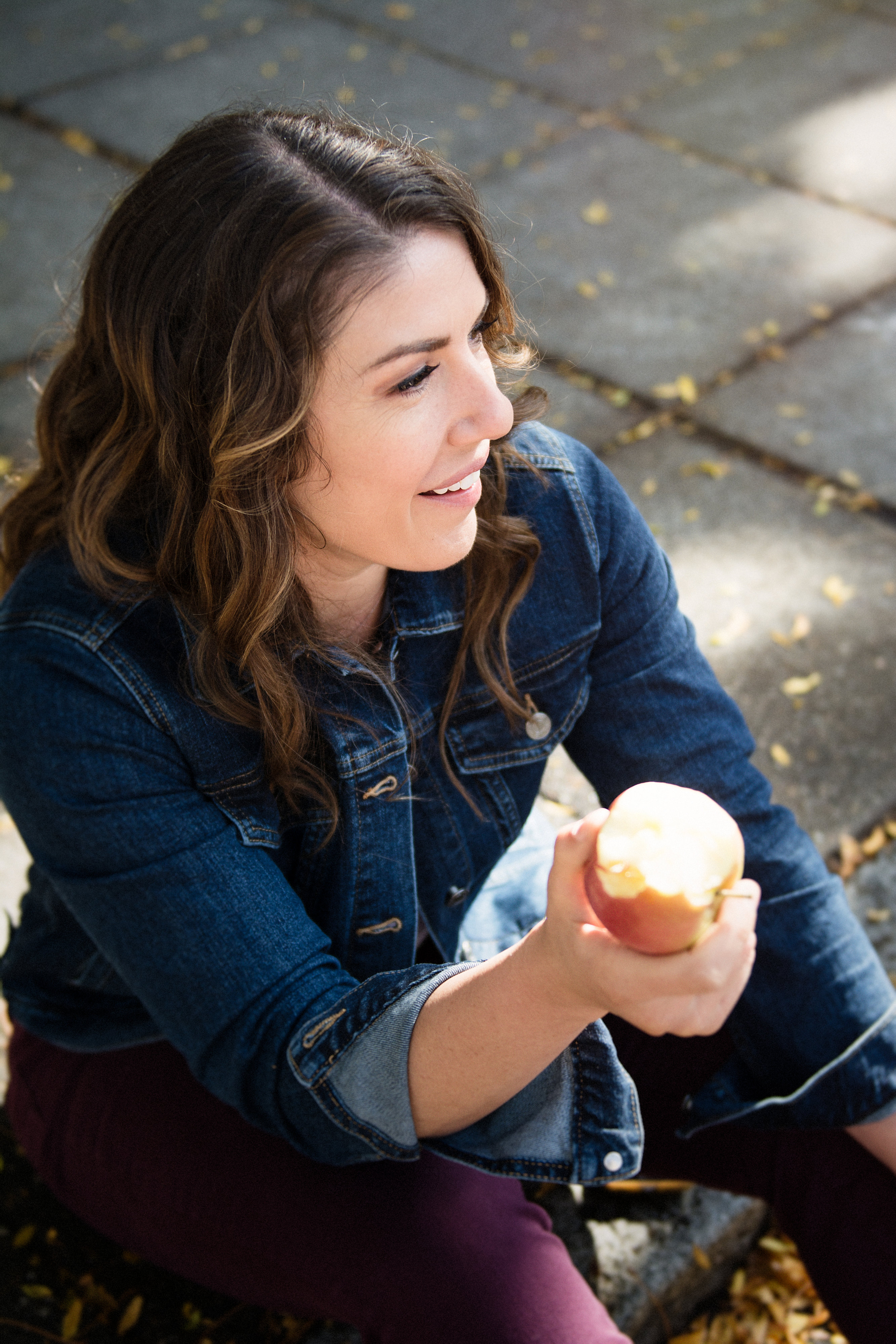