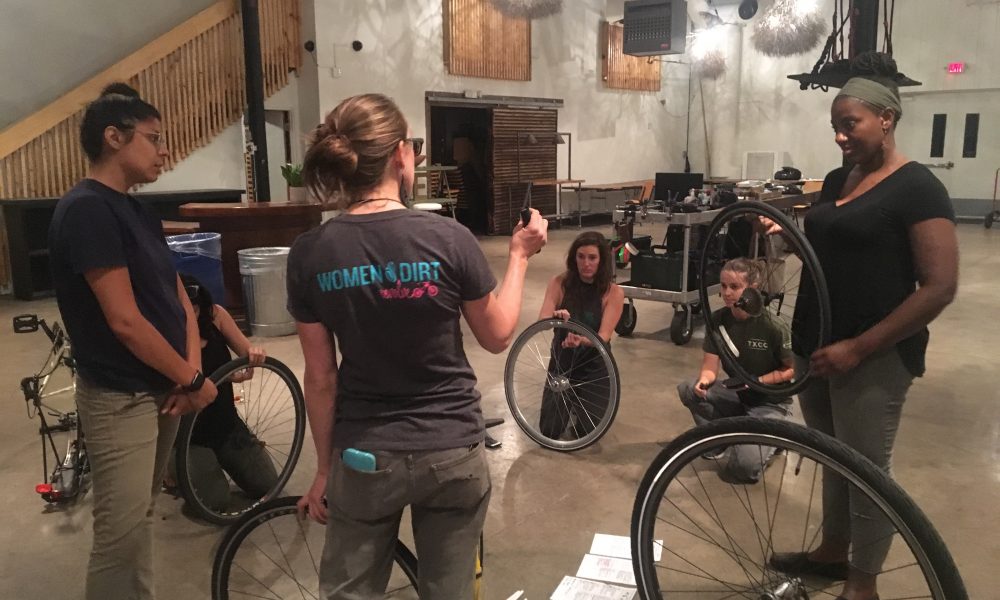 Today we’d like to introduce you to Sylvie Froncek.

Sylvie, please share your story with us. How did you get to where you are today?
Vie Cycle started in January of 2018, but my work as an educator and in specific, working in bike education with people who identify as women/trans/femme/intersex/queer/non-binary (WTF) started ten years before that.

While attending Pitzer College, I joined a bike cooperative called the Green Bike Program (GBP). It was an educational space where students were welcome to come repair their bikes for free with guidance from volunteer mechanics. When I started hanging out at the GBP, I think I was the only woman working on bikes. By the time I graduated in 2011, there were about seven other gals running the workshop with me. I loved the atmosphere at the GBP, but for a lot of people it’s intimidating to enter a male-dominated bike space and ask for help. By being a woman and a visible part of the GBP, other women and woman-identifying people felt like they too could join the collective, even if they were complete amateurs, my presence gave them some kind of confidence in their ability to become more proficient. So that’s where my understanding of the importance of representation in bike culture began.

After college I worked at a number of bike shops, I volunteered at bike cooperatives, I was a mountain guide, a team building facilitator, a barista…and in 2013 I found my self in New Zealand, stitching together all the skills that I had amassed. I had a job at a coffee shop/bike shop called Bicycle Junction and once a month, I ran a free bike clinic called Wenches with Wrenches.

Wenches with Wrenches was wonderful! WTF bikers of all skill levels would meet up and work together for a few hours on their bicycle projects. I’d been a part of so many bike scenes, but Wenches with Wrenches felt completely different. There was no machismo in the workshop. Everyone wanted to learn from each other and teach each other. We’d have tea while we wrenched, strangers became friends, and women who had never changed a flat tire came back week after week and started learning complex repair skills. The workshop was inspiring but chaotic, so I decided to design a more formal class. Twenty people signed up for the first 4-week program.

I’ve continued to teach multi-day workshops for WTF on a regular basis and I’ve made Vie Cycle mobile, offering workshops all over the USA. Since the official start of Vie Cycle, I’ve taught more than 80 classes, and 500 women, trans, intersex, queer, non-binary identifying cyclists about bike repair.

Overall, has it been relatively smooth? If not, what were some of the struggles along the way?
When I first proposed the 4-week WTF workshop, a former mechanic who had been a part of Wenches with Wrenches in Wellington New Zealand told me not to waste my time. She laid out all the challenges that I would face, the first and foremost being that I wouldn’t get women to sign up, let alone pay for a bike repair class.

I had hoped that she would help me teach the classes, and her resistance to the program made me waiver. However, I had been personally asked by people to teach bike workshops for women, so I went on ahead. I identified two other people to co-teach and they brought enthusiasm to equal my own.

Another challenge has been the push back that I occasionally get from people who do not identify as women/trans/femme/queer/non-binary. These people ask how creating an exclusive class could lead to more inclusivity in bike culture. I’ve had to defend the value of creating a safe space for people who don’t feel that their bodies are safe anywhere in public. It’s hard to really help someone see another person’s perspective. The experience of being in a female body, or a queer body, and walking into bike shops, or riding on the road can feel really scary. I never expected to be putting time into finding alternative classes for people who are not the target group for my own workshops.

Apart from that, it’s hard to run a business, and Vie Cycle in many ways, is still my passion project. I work full time and I volunteer at Bikes del Pueblo (a bike cooperative in City Heights, San Diego), but I always make time for Vie Cycle because I know that the experience of working on bikes and building confidence and competence through those skills is life-changing.

Alright – so let’s talk business. Tell us about Vie Cycle – what should we know?
I teach mobile bike maintenance workshops for people who identify as women, trans, femme, queer, intersex, non-binary. These range from a short 1-hour class to 4-day programs that take place over four weeks. During the classes, students learn basic bike repair skills and they work together, teach each other and practice.

I teach with the Theory of Multiple Intelligences in mind, which is to say that I try to include a variety of teaching techniques to allow learning on many levels. People learn best not from lectures or demonstrations, but from hands-on experiences, making mistakes, trying, failing, practicing, critiquing…I use paintings, music, tactile tools, science, and math during my lessons. The majority of the time, students are holding tools, working on their own bikes and collaborating with each other.

Since not everyone loves wrenching on bikes, I offer other types of workshops. We make jewelry from recycled bike parts as a way to experience bike culture and bring meaning to the phrase “reduce, reuse, recycle.”

I’ve met a lot of people who work at bike shops and teach a class here and there, but there is a difference between a bike mechanic who teaches classes and an educator who runs bike maintenance workshops. That’s what sets me apart. I was an outdoor educator first and I fell in love with bikes. Most of my classes are not about training mechanics, they’re about inspiring people to love bikes, learn about themselves and build community.

Finding a mentor and building a network are often cited in studies as a major factor impacting one’s success. Do you have any advice or lessons to share regarding finding a mentor or networking in general?
Stretch your comfort zone. Reach out to people who interest and inspire you. Sit down and get to know them. Create opportunities to work with them and collaborate, but don’t put them on a pedestal. 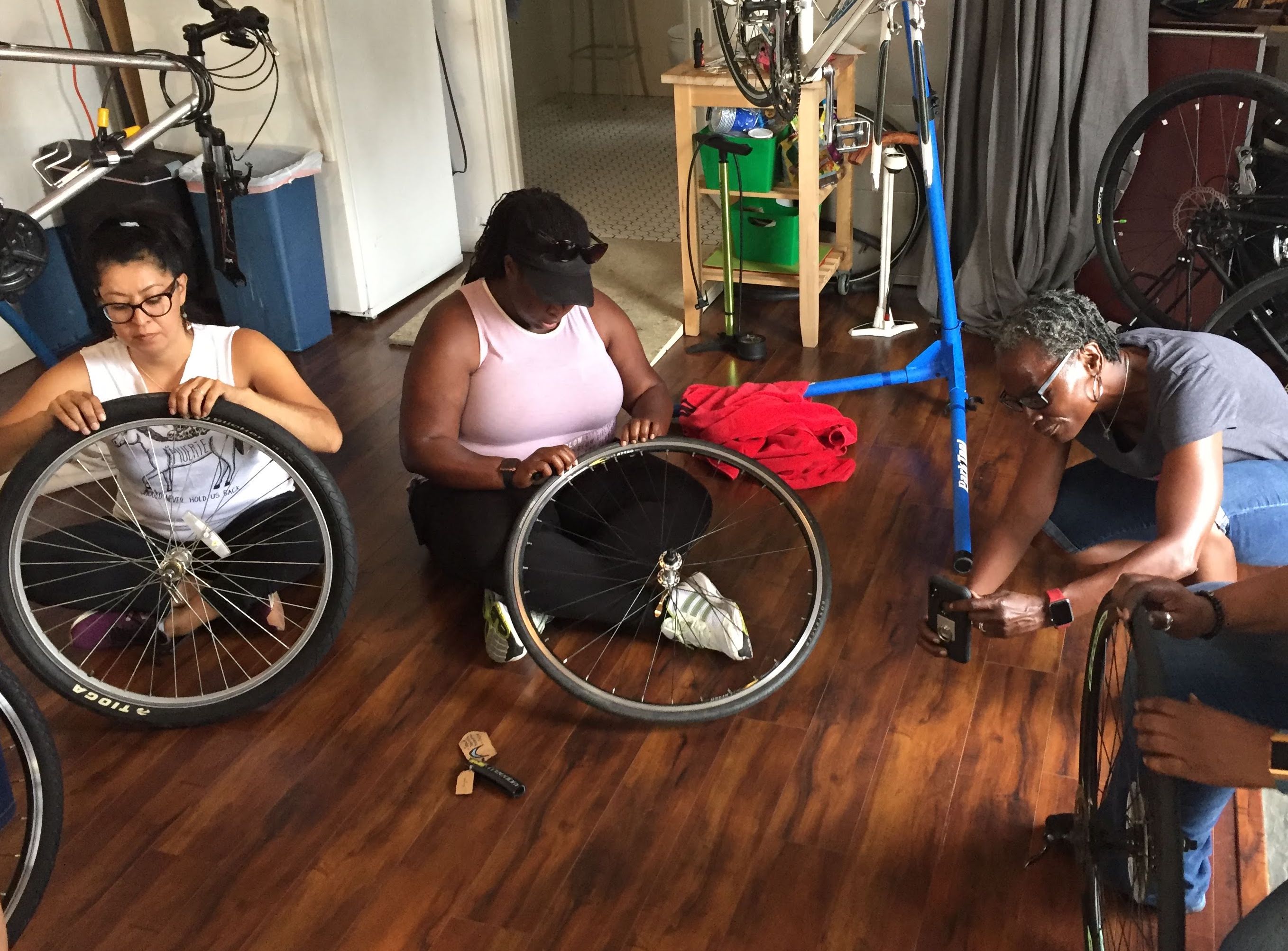 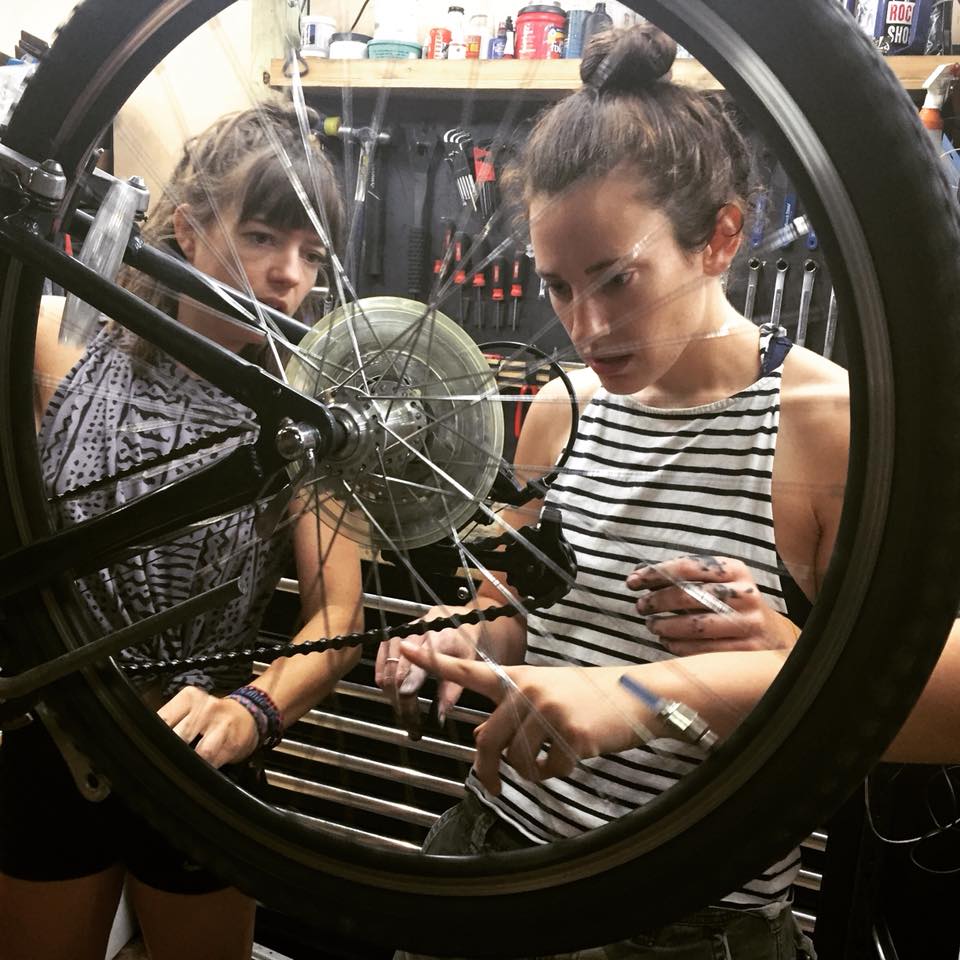 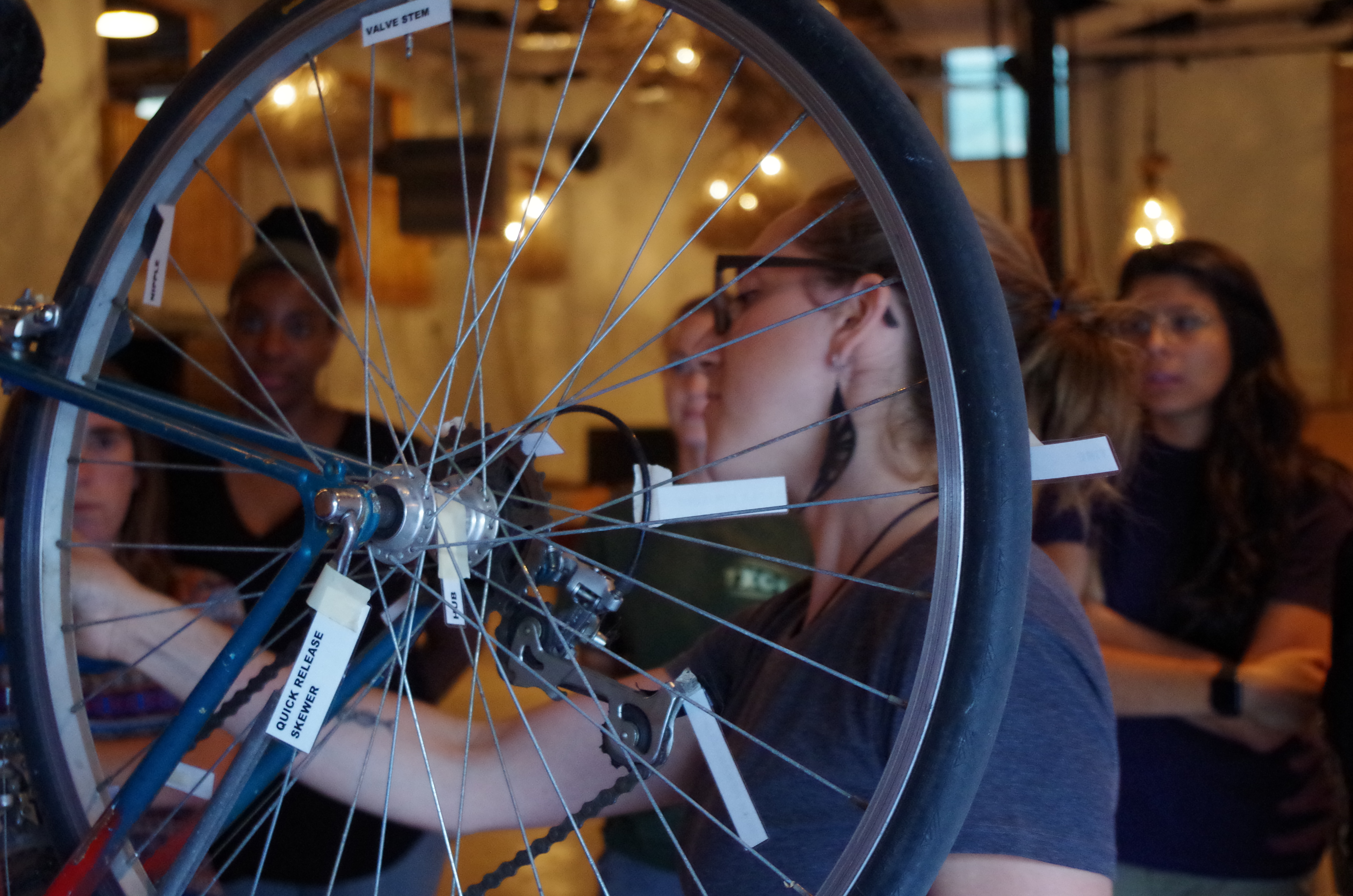 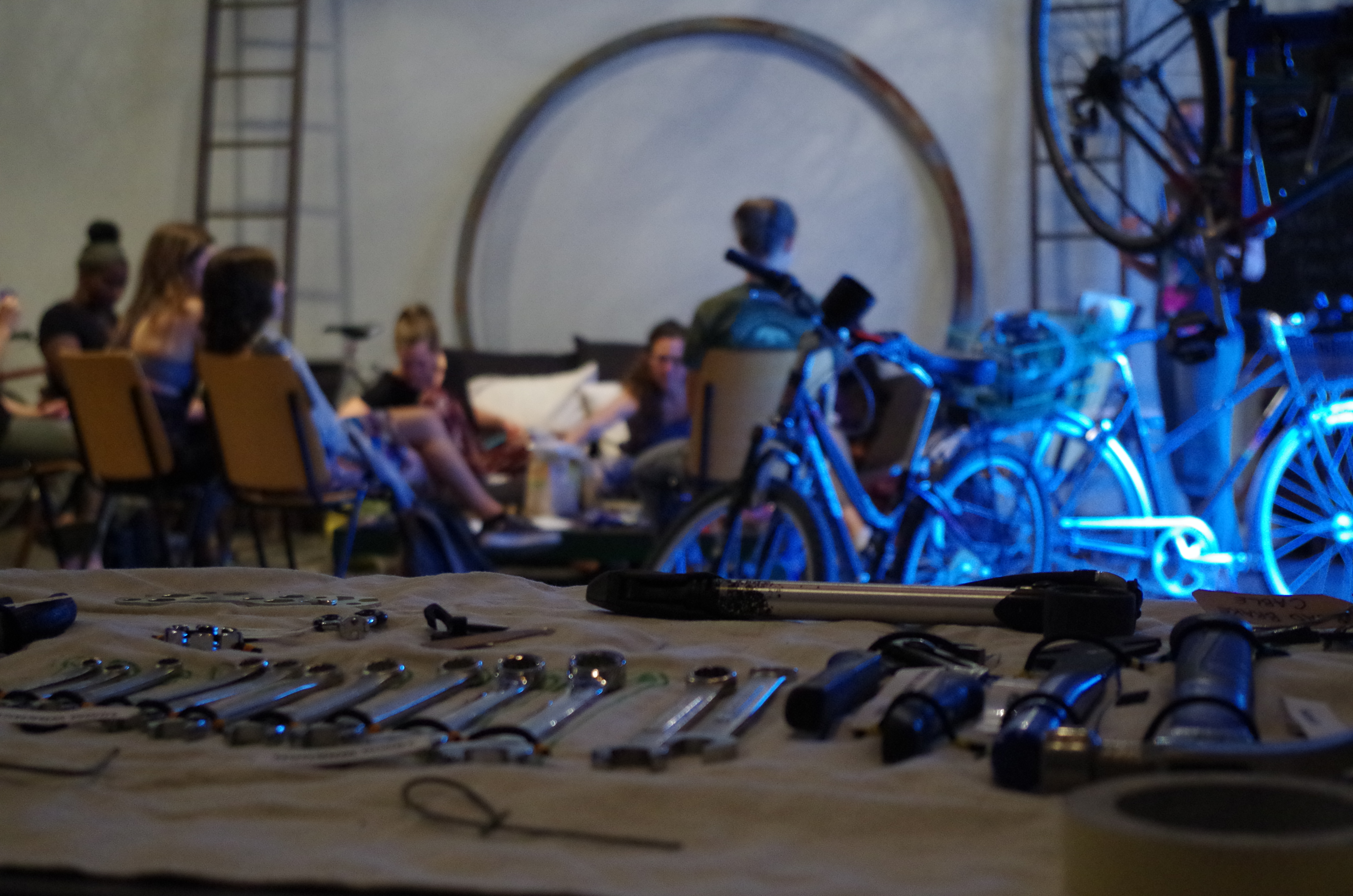 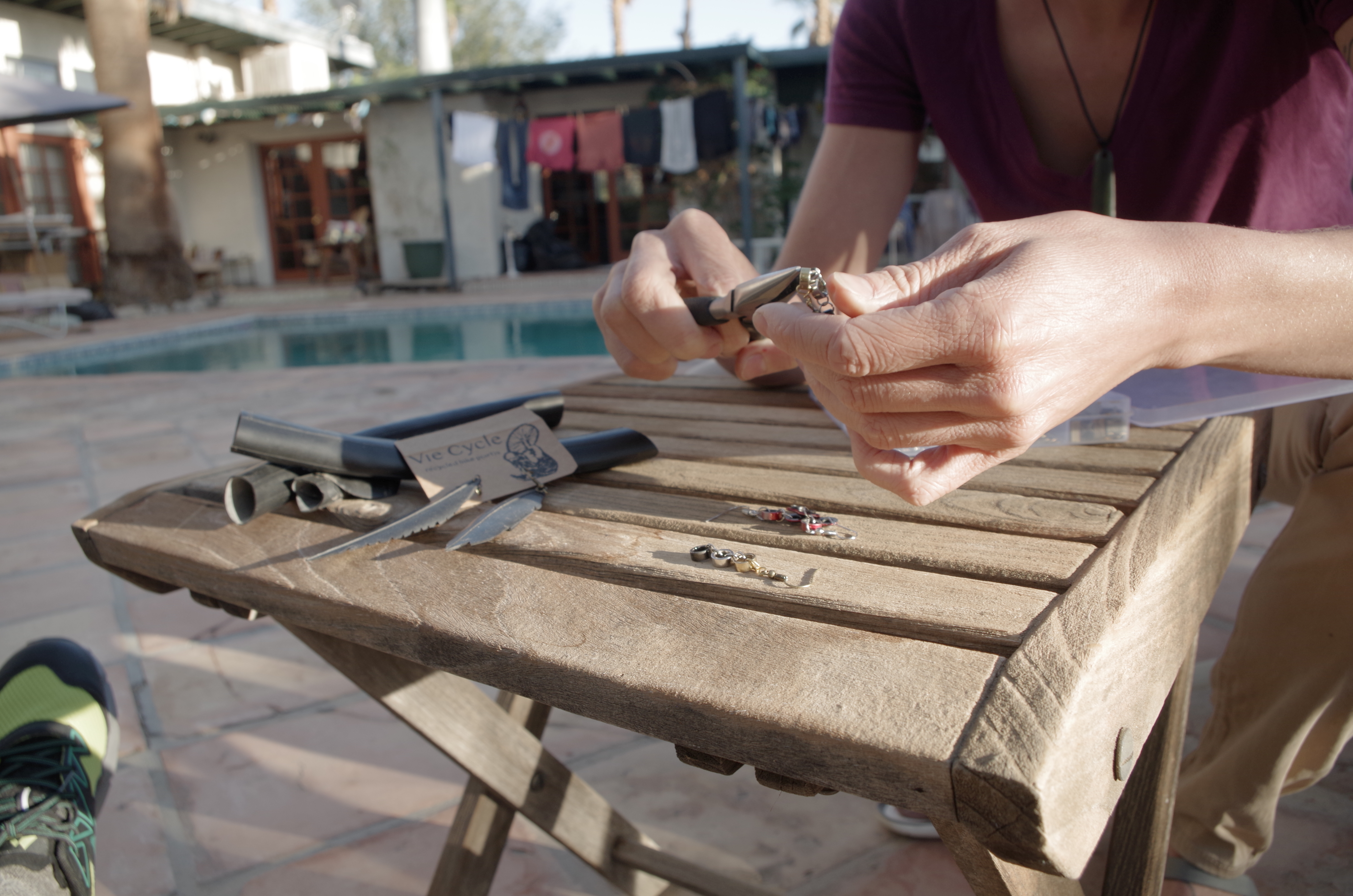 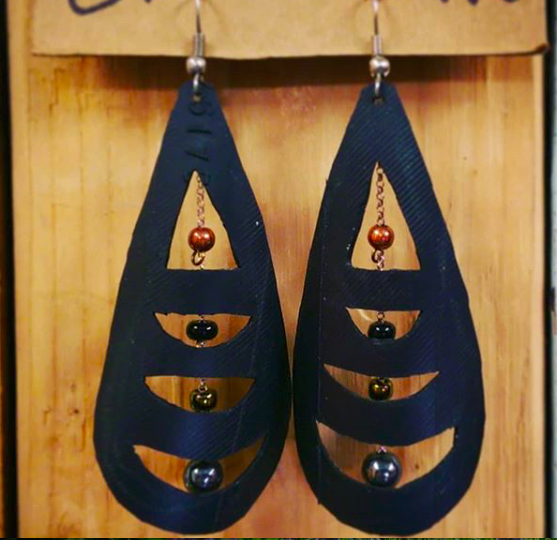