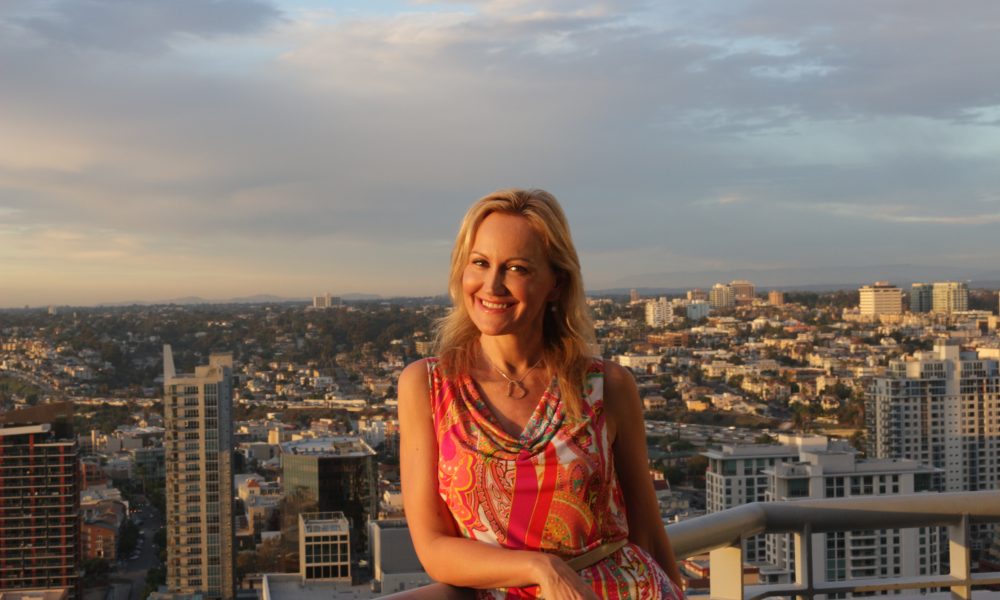 Today we’d like to introduce you to Viktoria Rusnakova.

Thanks for sharing your story with us Viktoria. So, let’s start at the beginning and we can move on from there.
I was born and raised in Slovakia (formerly Czechoslovakia) during the Cold War. Throughout my childhood, I experienced significant restriction and suppression from the communist regime. When the Berlin Wall fell in 1989 (this year will mark its 30th Anniversary) and the communist regime ended, Eastern Europe began a process of reintegration into a capitalist economy. It was during this time that I, in my late teens, began to explore my independence from communism and my family.

At twenty-one, I traveled alone to America in hopes of exploring the possibility of a better life.
I had 100 dollars in my wallet and a backpack filled with all my hopes and dreams. To Slovakians, America was seen as a country of opportunity and freedom. I was looking for both. Imagine going to a foreign country, whose language you barely speak or write, and where you know no one. It was frightening, but I had to take the risk since my options in Europe at that time were bleak.

The beginning was not easy due to my broken English and lack of a degree. Back in Slovakia, we were under the assumption that money grew on trees in America, and with minimal effort, you could become anything you wanted. I had to find out firsthand how wrong that assumption was.

My first job was in a sandwich shop, followed by years of working for a minimal wage, and doing every unglamorous job possible: waitressing, housecleaning, or catering. I realized that to be taken seriously in this country, I had to have a degree.

I moved to New York City, where I attended college. After four years of working and going to school full time, and suffering from sleep deprivation, I earned a bachelor’s degree from Baruch University, Zicklin School of Business. At last, almost ten years after I arrived in America, I finally had the degree which would lead me to obtain a steady corporate job on Wall Street.

A few years later, I found myself on a Wall Street trading floor taking pictures of ringing the famous bell, as the company I worked for was going public. It was unreal to an immigrant like me. I was living my very own American dream, or at least I thought.

However, 60-hour work weeks, constant stress, and high pressure made my dream job and dream life in New York City less and less dreamy. The money I made gave me security and I could afford to travel and buy nice things, but it didn’t give me personal satisfaction. The strenuous environment of New York City left me feeling exhausted and unfulfilled. I craved a stable relationship, I missed nature, and I couldn’t shake this strong desire to travel the world on my own terms.

“No one understands and appreciates the American Dream of hard work leading to material rewards better than a non-American.” ~ Anthony Bourdain

I like this quote. It is also found in my newly published book Enthusiastic All the Way, a chapter called Wall Street Tango.

Seven years after starting my career on Wall Street, in 2013, I left New York City and made a leap of faith once again, quitting my job and moving to San Diego, California. I had never been to San Diego before, but my instinct was telling me that there I was going to find more balance and purpose in my life, as well as happiness and true love.

I was right. That risky leap paid off. In San Diego, I resumed my career in finance via a global company who conveniently had offices in NYC and San Diego. I also found my true love and partner in life and business. And I started to accomplish some of my other and more fulfilling dreams. After a year of hard work, I published my first book, Enthusiastic All the Way.

My partner and I are also running a successful culture/travel blog and website called Love Takes You To. We are venturing out to public speaking events to talk about our books and our multicultural experiences as two Europeans who immigrated to America.

My life lesson was, not to settle, and continue striving for what I desire, no matter what circumstances I found myself in. I believe the secret to success is simple: have a passion, work hard, and be willing to take risks. There are no short cuts.

Great, so let’s dig a little deeper into the story – has it been an easy path overall and if not, what were the challenges you’ve had to overcome?
By the time I finished school and entered the corporate workforce, I was thirty. At this point, I was exhausted from my day to day survival mode where I was either working multiple jobs or attending class. But I had to stand out to get ahead, so taking a break wasn’t an option. This was the time to push forward even more.

As a woman, and someone with an accent, I was constantly challenged by my coworkers who also wanted to get ahead. The NYC finance world was unforgiving; there were no excuses, you either perform or you are out. No one gave me a break because I was from somewhere else. To “make it” I had to be better than most, including native speaking Americans. That was a steep ladder that required years of practice.

Another challenge for me was absorbing American culture without losing my native Slovakian culture and sense of self. All of us come to a point in our lives when we do not know who we are, and we question where we belong. For most, it happens during our formative teenage years. However, to immigrants, it happens a second time, as we face conflicting cultures.

Please tell us more about your work, what you are currently focused on and most proud of.
I currently work for a global asset management firm. I am Vice President in a global business development team at the company’s San Diego office.

However, my passion project, the job after my day job, has been writing and publishing my first book Enthusiastic All the Way, I have worked on over the past year or so.

Additionally, my partner Samuele and I, are running a successful culture/travel blog and website called Love Takes You To, and are venturing out on public speaking events to talk about our books and our multicultural experiences with hopes to inspire and enrich others.

What do you feel are the biggest barriers today to female leadership, in your industry or generally?
My entire corporate career has been in investment finance. This field is predominantly male-driven. At first, my barrier was my strong accent (or so I was told). But in truth, it was my inability to be confident with myself, my skills, and my opinion. I was incapable of shamelessly promoting myself and speaking out, unlike many of my male colleagues. Now, with years of experience, this has changed.

Female leadership has been on the rise in recent years and much has changed since I started working in the corporate world more than a decade ago. Today’s female leaders face the challenge of getting to the top, learning how to be an effective leader, and also finding the right balance between their career success and their personal life. That is where American society still has a ways to go. How do we support women as mothers as well as company leaders?

My current company is at the forefront of promoting female leadership. The trend is changing for women overall, not just in this country but around the world as well. Recently, in my home country of Slovakia, a woman was elected as president for the first time in its history.

Final note: We are treated the way we allow others to treat us. This took me years to realize. And our true barriers are only in our minds. We, women, are often willing to settle for less and work more. Let’s change that narrative. Let’s create a world where we think of ourselves as highly as men do and let’s not be shy to speak about our goals and abilities. If you don’t like how you are treated at work, go elsewhere where you’ll be heard, respected, appreciated. Or create an opportunity for yourself.

“Don’t look at your feet to see if you are doing it right. Just dance.” ~ Anne Lamott
This is another quote I love, and I used in my book in the chapter called Sweet Dreams Are Made of This… 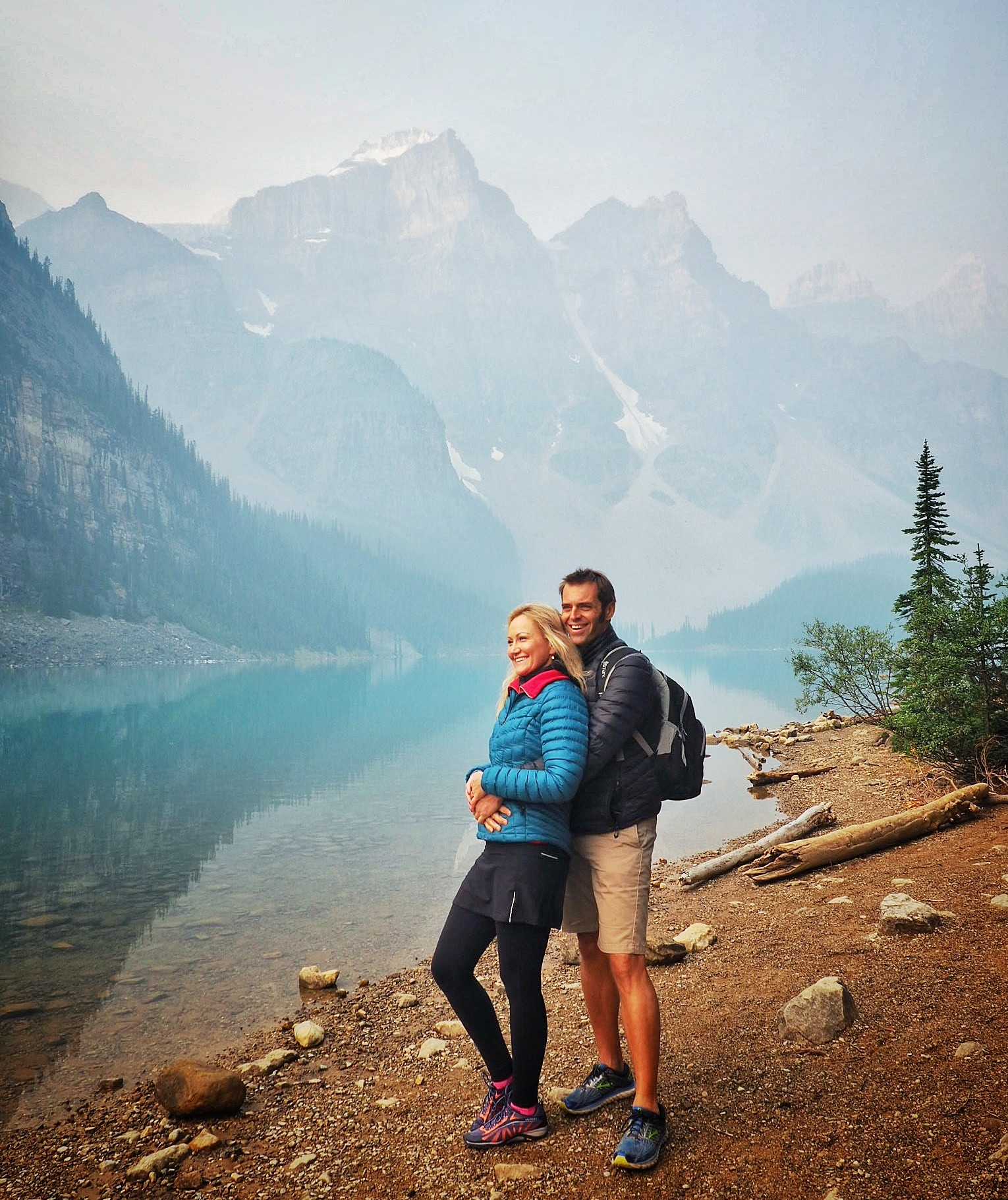 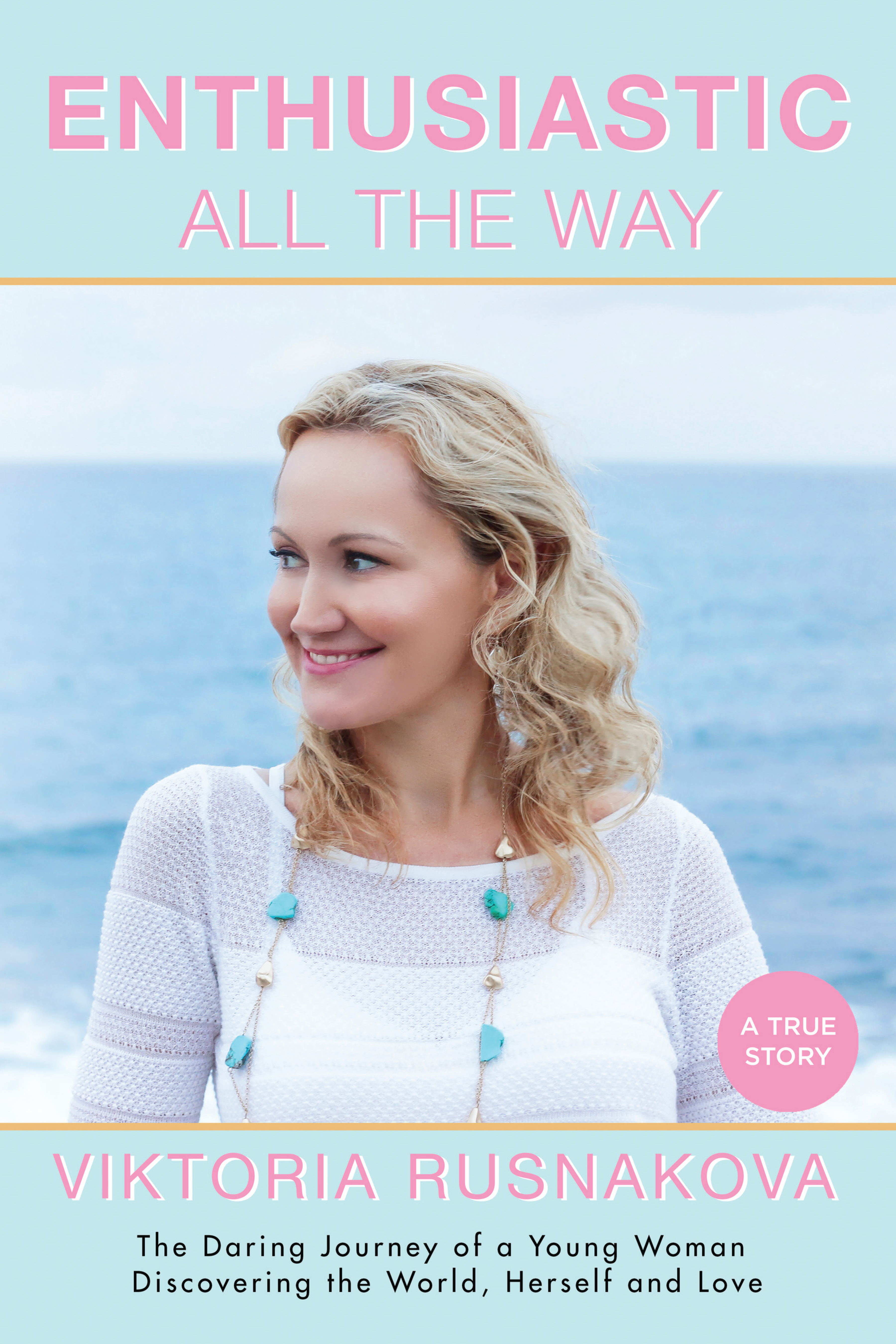 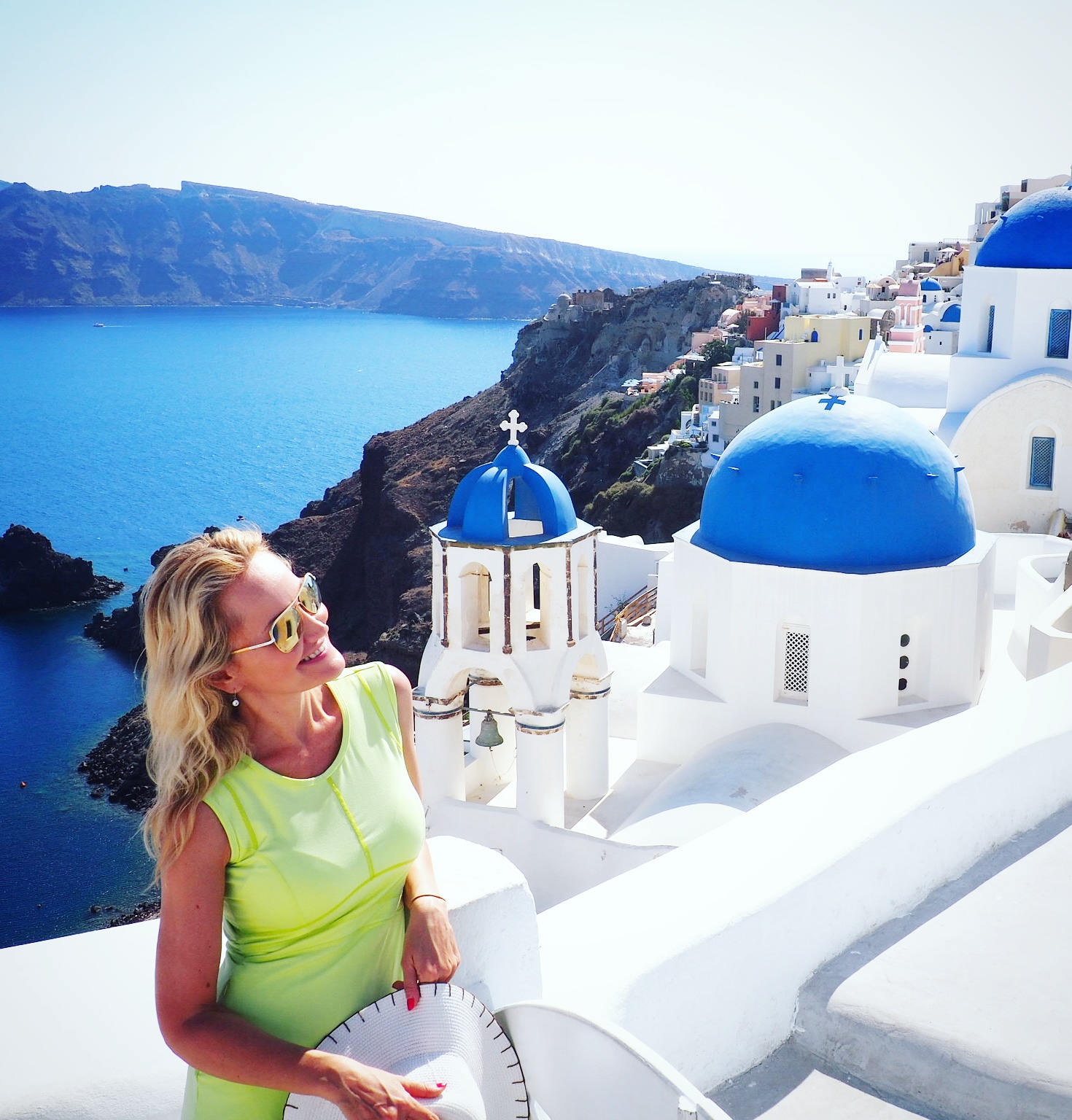 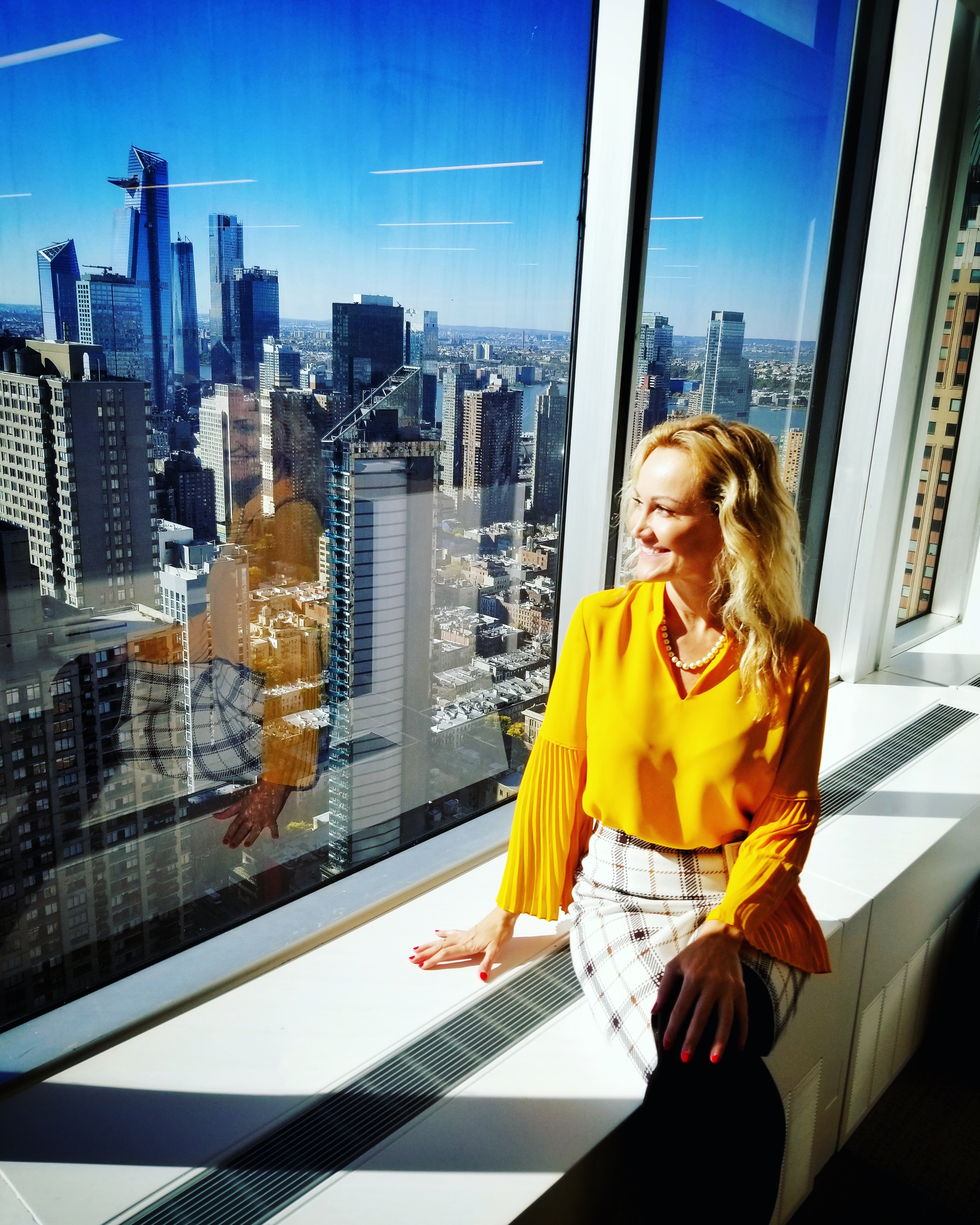 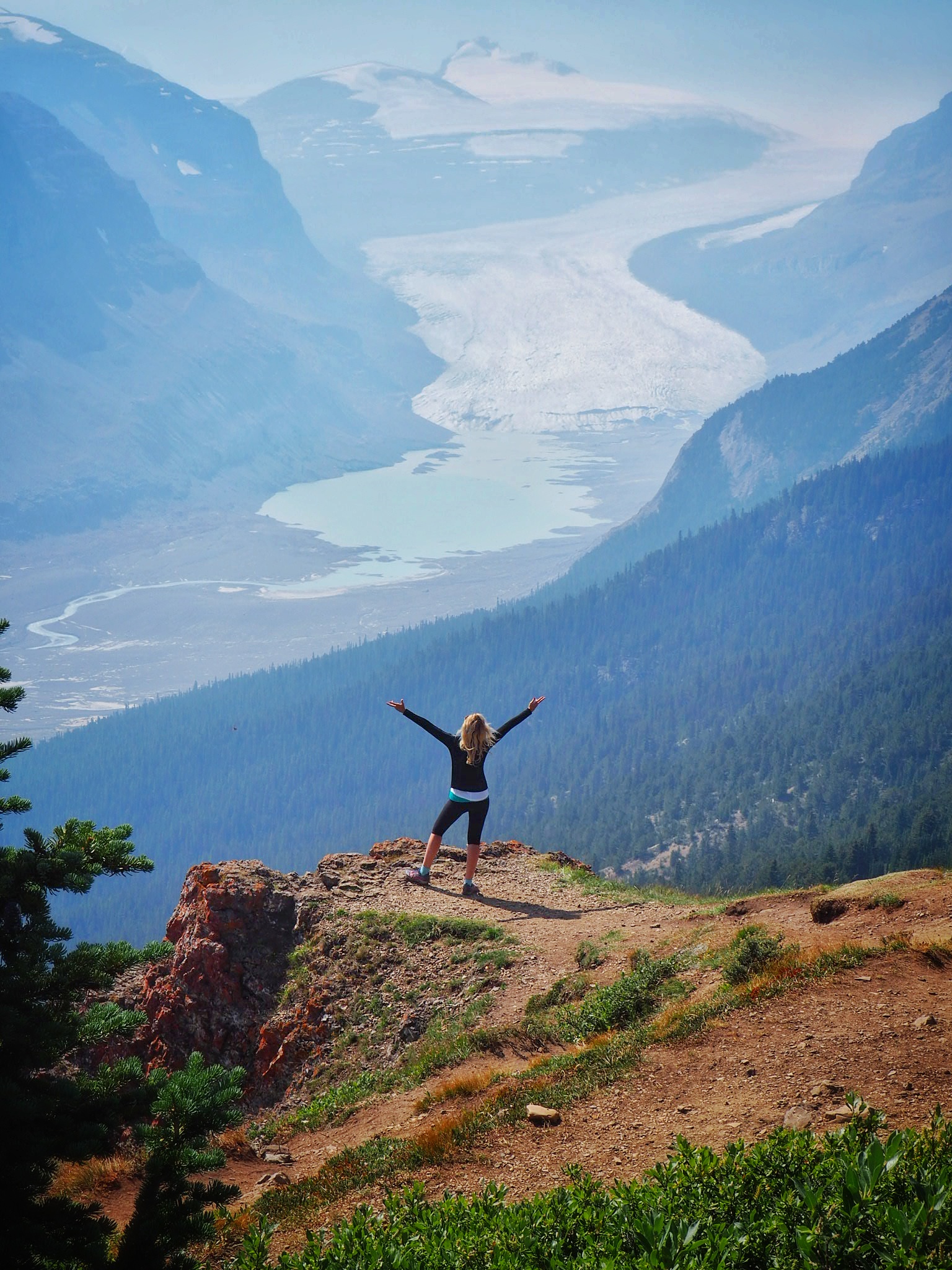 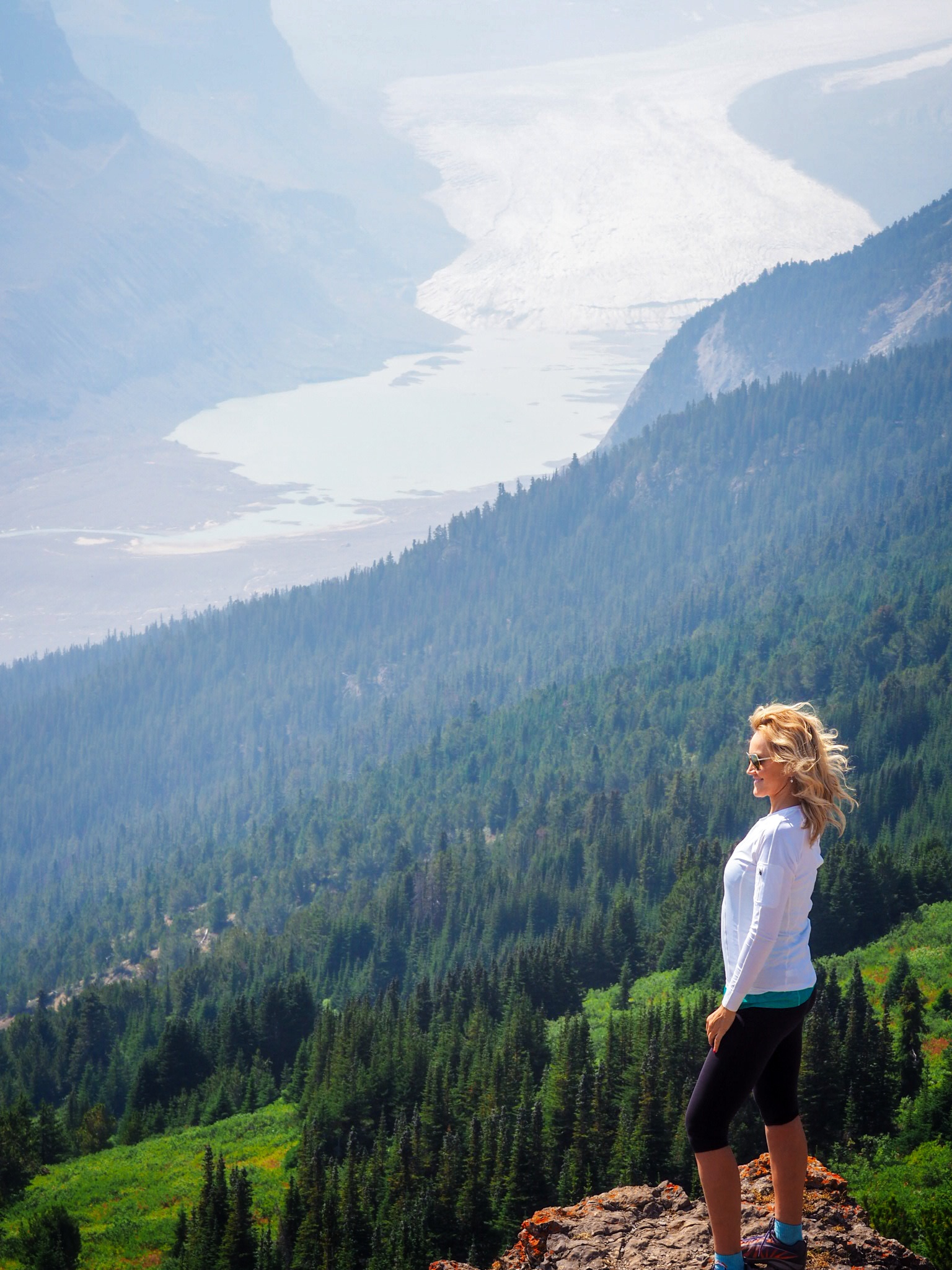 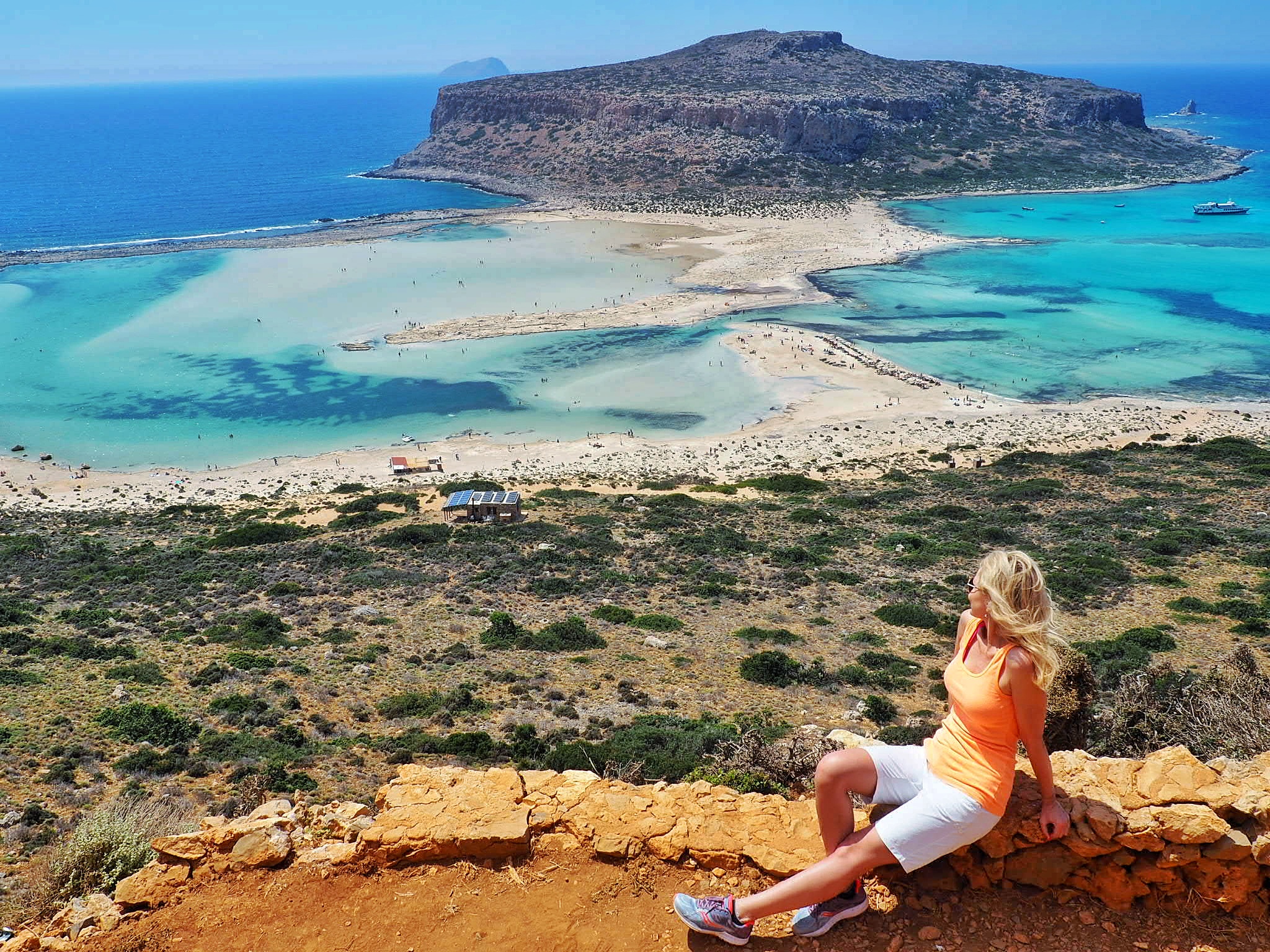