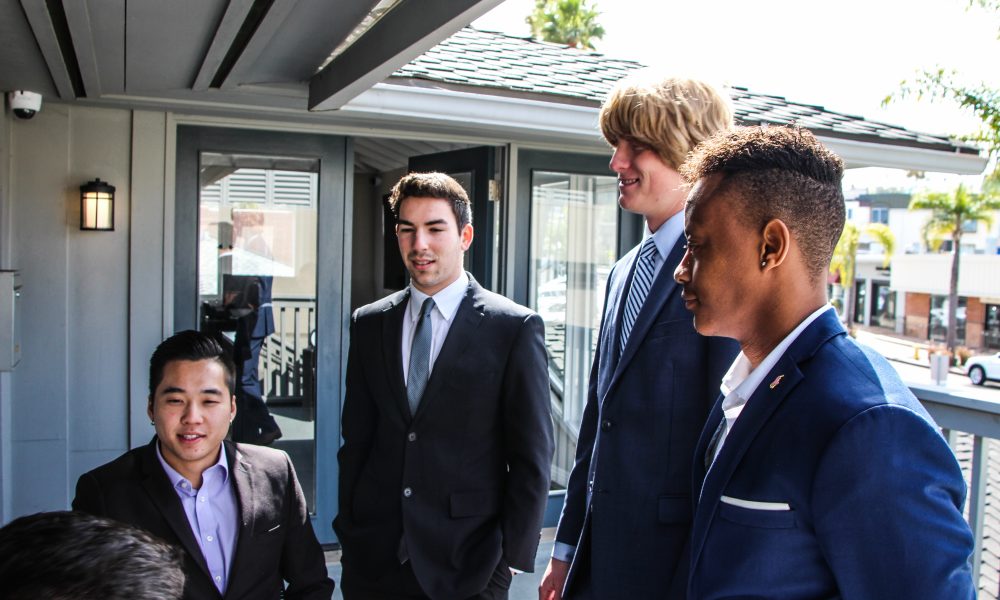 Today we’d like to introduce you to Yash Thukral, Sam Yaffa, and Nathan Yee.

These undergrads are the founders of the largest student-run fund in the nation – Triton Funds. Triton Funds started off as an idea summer of 2017 and in a arduous and long year have grown it to where it is today: a $25 Million investment fund, 11 students at the fund eligible for ‘academic credit with UC San Diego, 10 Triton Funds Alumni, over 50 Academic Mentors, and 20 Life Science Advisors.

Sam Yaffa and Yash Thukral are neighbors from Los Angeles and attended the same schools throughout their childhood; Sam currently attends California State University, Northridge. Yash goes to UC San Diego, where he met Nathan Yee his first year. The three all became close over the span of their early university careers, noticing that they think differently from others, aspire to achieve similar goals, and all have an aptitude to come up with innovative ideas. They all wanted to be investors long term, but started early on in completely different career paths.

Sam interned at UBS and Prudential, Nathan worked at Tesla and various startups, and Yash worked at a couple small-middle market investment banks; nevertheless, they all knew that they wanted to run their own business down the line. The group came together in the Summer of 2017 and were frustrated with the amount of hoops students had to jump through at a “non-target” school in order to get into the world of Venture Capital, Private Equity, and Investment Banking. They came up with a radical idea, “what if we start our own fund and raise our own money, but we make it a student-run fund where we provide a road for students in non-target universities to find their way into the industry” said Yash.

Yash wanted to run a Venture Capital Fund, Nathan wanted to run an Angel Fund, and Sam wanted to run a Hedge Fund – they decided to take the middle path and do a combination of them all. Triton Funds is a unique investment fund in the sense that its completely student-run and invests in both public and private companies, in a variety of stages. They took this idea to investors and mentors they met and knew through their experiences, and some took a strong interest in their ideas.

Their investors said, “if we can create something tangible, something that makes sense for students to learn from and something that we can make money from, we’ll back you”; so the three spent the rest of 2017 paper trading the fund and creating a long-term business plan. Beginning 2018, the investors were impressed by the results and committed the capital, and the fund officially launched in April 2018. TRITON’s Limited Partners (many of them USCD alumni) are influential owners and operators of ventures around the world (however, many of them located in San Diego). These innovative industry-leaders are committed to identifying, partnering with, and investing in the next generation of visionaries.

One of the fund’s most notable investments is in Lime (aka LimebIke) in their unicorn financing co-investing alongside Google Ventures, Uber, and Fifth Wall Ventures. They have have received a lot of support from San Diego news outlets, LA Times, the NY Post, MarketWatch, Forbes, and it is very humbling to know that three undergraduates were able to raise $25M and inspire other students to pursue their dreams.

We’re always bombarded by how great it is to pursue your passion, etc. – but we’ve spoken with enough people to know that it’s not always easy. Overall, would you say things have been easy for you?
Yash: This has been one of the bumpiest roads I have ever seen.

One of the biggest lessons we’ve learned along the way is nothing goes as planned, so learn how to pivot and expect the unexpected. The hardest part was starting the initial push to pursue this idea, not to continue jumping through hoops to find a lucrative career, to quit our paying jobs to start a venture that may or may not have seen fruition, and the daunting looming fear that what happens if we fail? Over a year later, we are extremely happy we took that leap and pursued Triton Funds.

We started this off as an idea to help other students like us while still pursuing our passions, but we soon realized we have a whole different and greater community impact, and that drives us to work every day. Now, our struggles and challenges have completely shifted.

We are facing hard choices on which investments to pick, how to properly educate students coming into the fund, and how to manage our time as seniors in our final year in our undergraduate career. It’s difficult, to say the least. I don’t think there have been many others in our shoes so it’s hard to find those who can relate, but its good that us three founders keep each other in check by picking up responsibilities during a heavy exam season.

We have a large set of Academic Mentors that our students can rely on for support and connections to help them learn more about their respective industries and what has made them so successful. Another notable aspect of our fund is that we seek to make public and private investments in companies that affect the millennial future while providing our strategic relationship, our self-coined #MillennialTouch.

We are most proud of what we’ve accomplished as 21-year-olds.

When us three founders were 20 years old we raised $25M, and by 21 years old we were recognized by Forbes, we provided hands-on education unparalleled to a classroom environment to 10 students who went on to prestigious careers, are contributing to the local San Diego Entrepreneurial and Startup Ecosystem, are co-investors with Uber, Google Ventures, and other industry giants, and are making a positive impact in this world; while still attending college to finish our degrees.

Has luck played a meaningful role in your life and business?
Nathan: I attribute luck to everything we’ve done. Without luck we would not be here, finding the investors, being at the right place at the right time, meeting each other when we were kids/at college, all are factors of luck. However, at Triton Funds, we are all strong proponents of the saying “The harder I work, the luckier I get.”

So, although luck has taken us to where we need to be, we like to think we make our own luck by putting in the work to get here. We’ve all spent countless sleepless nights, to say the least, and have sacrificed a lot to make our dream possible, and we will continue to do so because we love what we do.

Triton Funds plans on raising its second fund in 2019 based on an Artificial Intelligence (AI) powered macroeconomic model founded by a UCSD PhD in Economics that focuses on large cap stocks. 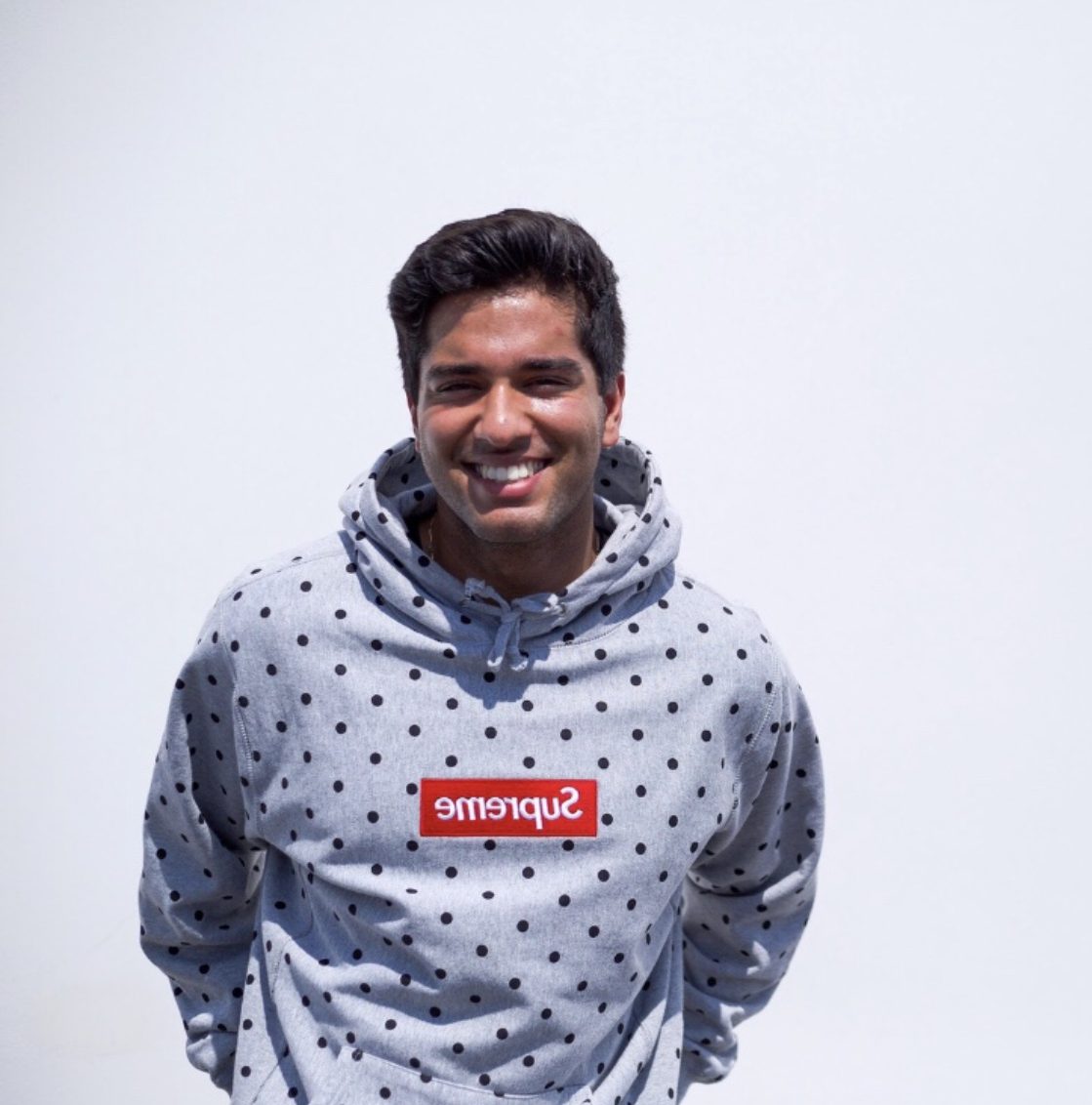 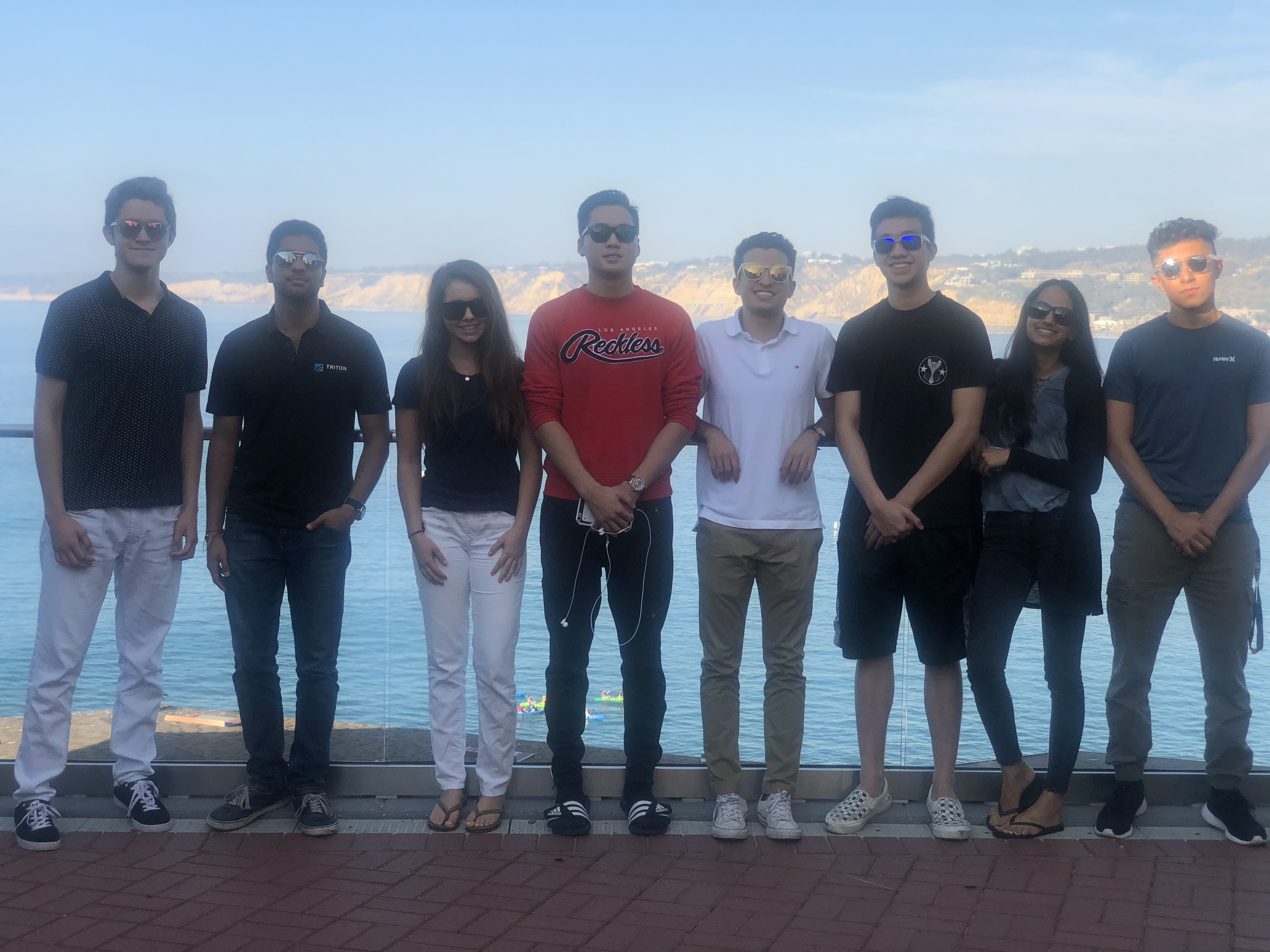 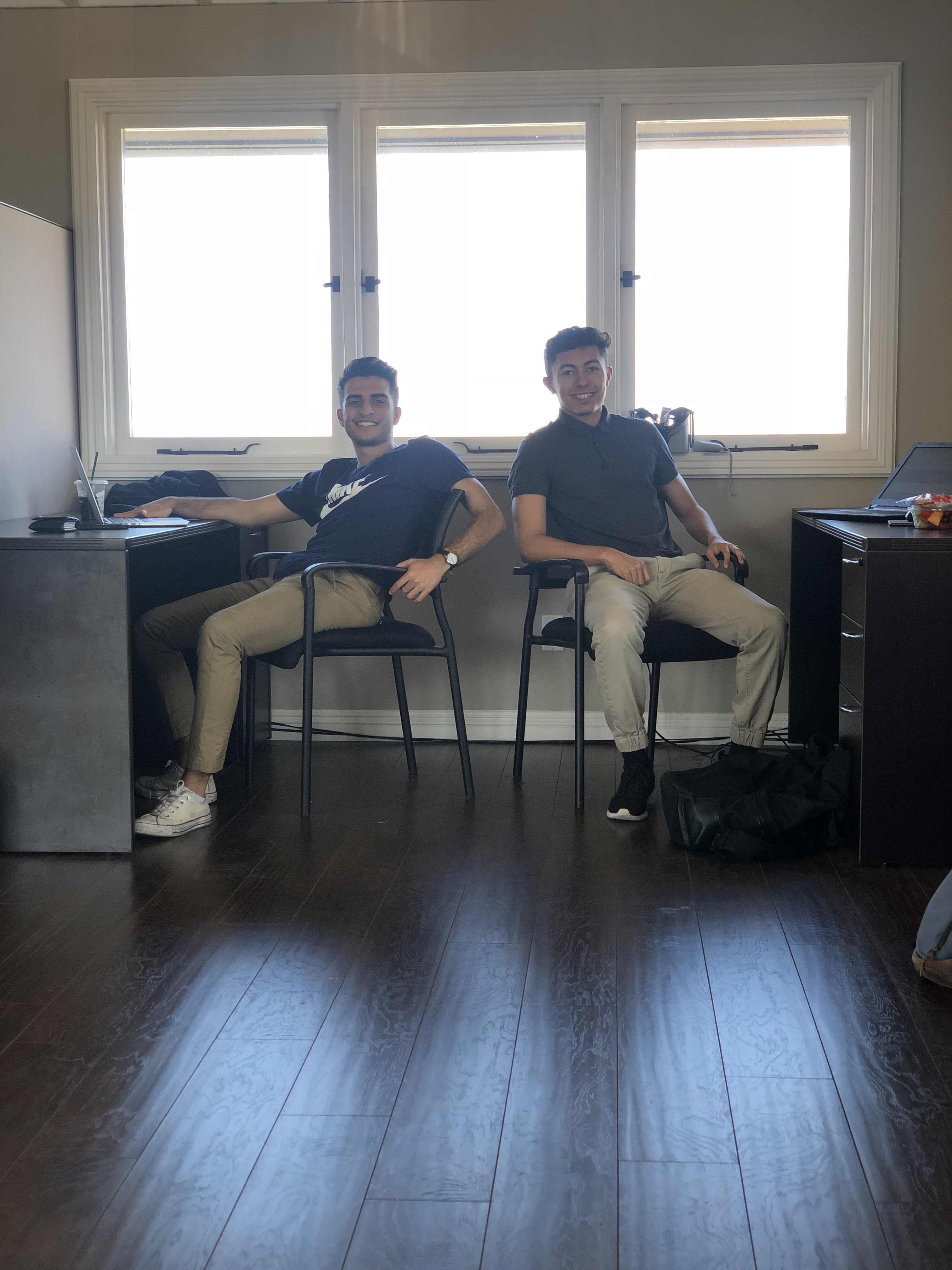 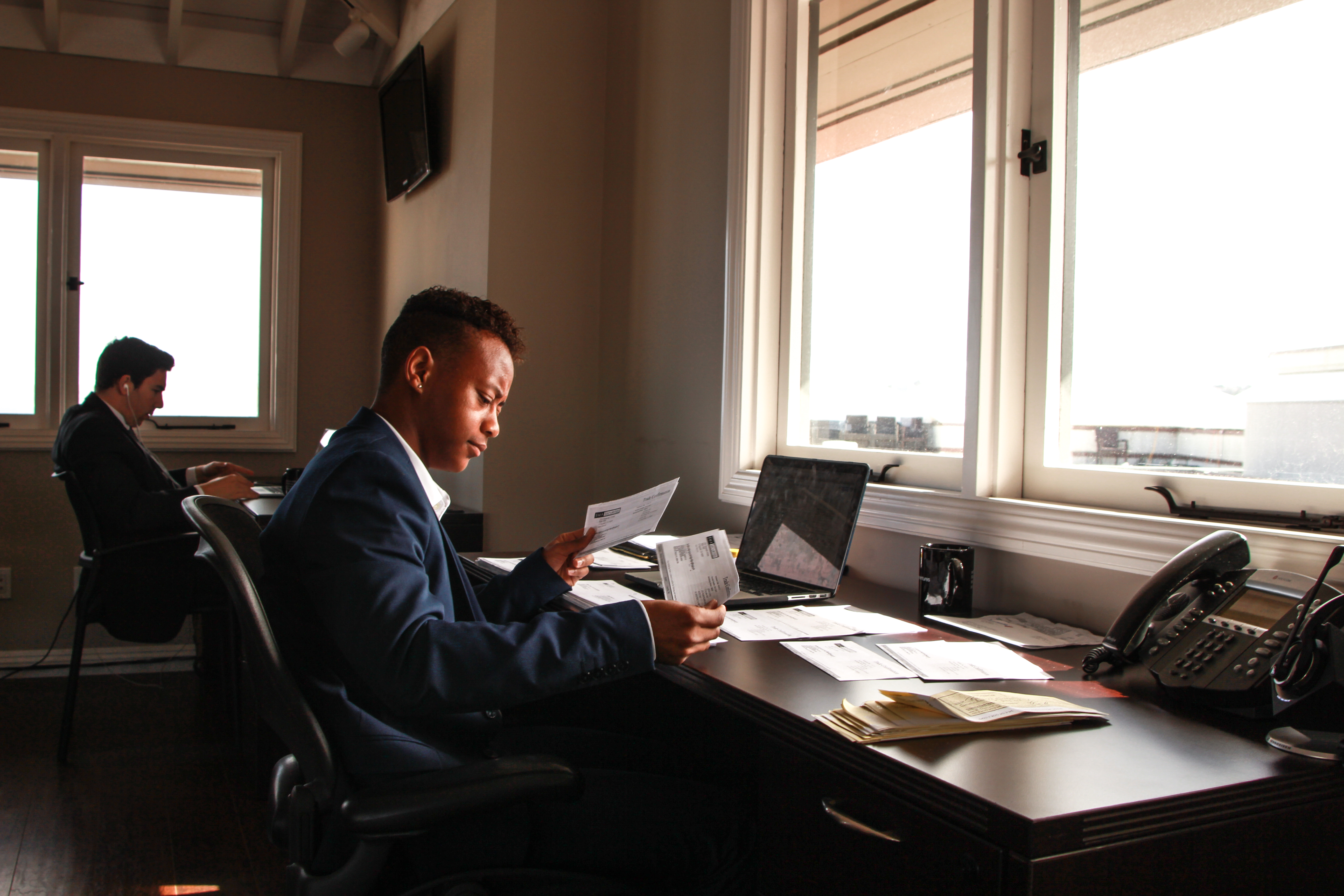 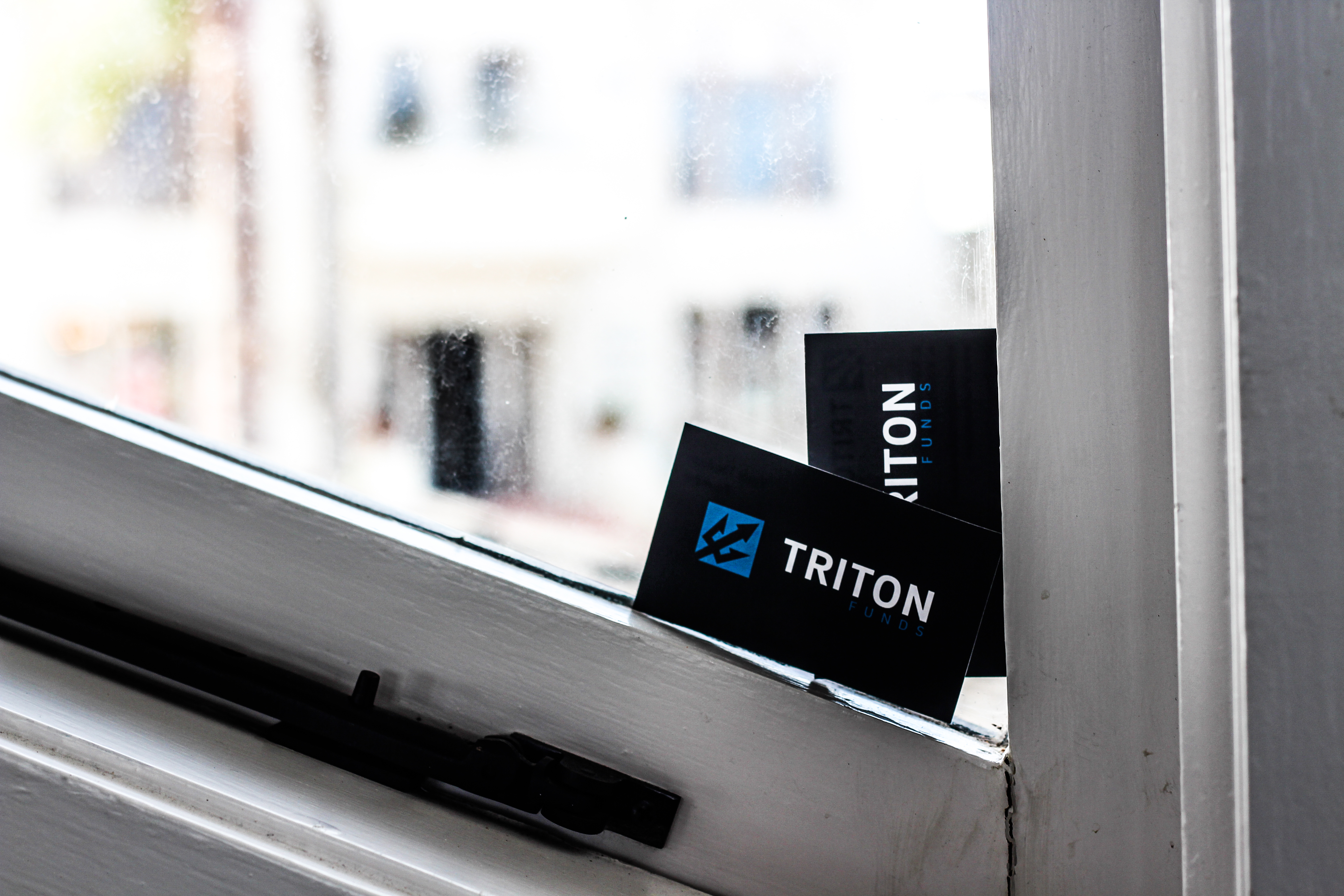 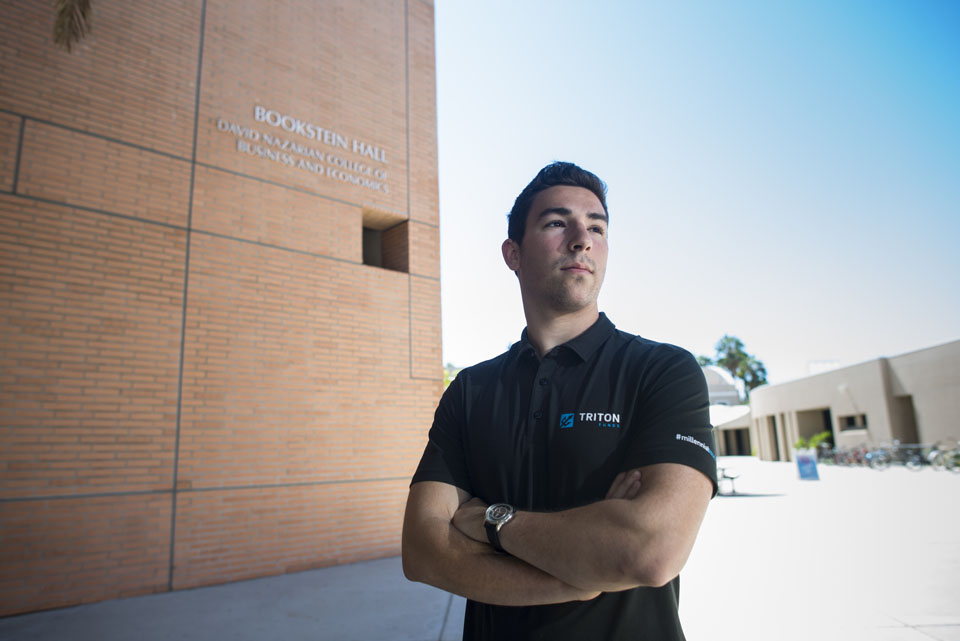