Today we’d like to introduce you to Tyler Mars.

Tyler, please share your story with us. How did you get to where you are today?
My name is Tyler Mars I am a chef in North County San Diego. I have been working with Rimels/Zenbu (although Zenbu is closed now) for almost 17 years. I started at Rimels La Jolla doing morning prep. Worked my way over to Zenbu La Jolla, again doing prep learning from my good friend and mentor Tim Johnston. I had a few chances to prove myself behind the sushi bar and found a permanent spot there and then later became the head chef up at the Cardiff Zenbu when that opened. On a holiday to Bali with my girlfriend now lovey wife Courtney (who also owns and operates a local business in North County called Four Moons, a day spa and wellness center) I was offered a job running and teaching sushi in the restaurant part of a newly opened Australian based motorcycle/surf/lifestyle brand by the name of Deus Ex Machina. That took me over to Spain to teach sushi on the island of Ibiza, then back to Bali.

We had or first child over there, our Son Sailor. When Courtney became pregnant with our second child Farrah we decided it was time to come back home and plant roots back in Encinitas. So back at zenbu, I found myself, doing prep work in the mornings. That didn’t last long. Once the partners realized I was back and with new tricks up my sleeve and 4 years of global stories I was back to being a regular chef behind the sushi bar. But I always knew I wanted to do something way different, so I started a small pop up fusion taco stand by the name of Moonage Food Co. I went up to echo park bought a taco cart started off with a few radical taco recipes and would set up at parties and pop ups and Culture Brewery in Solana Beach on Friday nights. Moonage grew slowly and in a few years I slipped into a food truck, and that’s where you can find me now. I’m really proud of what Moonage has turned into, the truck and menu is defiantly a reflection of who I am and the food and flavors I like to get down with. It’s defiantly not what I thought it would be, it’s a grind. Sometimes really frustrating but man when it’s good, it’s good.

Great, so let’s dig a little deeper into the story – has it been an easy path overall and if not, what were the challenges you’ve had to overcome?
Oh, maybe I wrote too much in the first part. But life has its ups and downs. Smooth is boring you want a bit of struggles along the way otherwise you won’t learn how to deal with things that pop up out of nowhere. I’ll tell you what for free, I’ve had a shit ton of fun along this grinding, backbreaking and sometimes heartbreaking culinary/life journey. I guess letting people that you work with and admire down is always a tuff pill to swallow. I remember onetime being called into the office at one of my jobs and they started informing me that I was fucking up and I needed to pull my act together, and I got a bit emotional but I collected my thoughts, I was new at running a restaurant and I told them “Look, if you say drive up and meet us in San Francisco don’t get angry if I take the 101 though Big Sur, I’m gonna go the way I want to and know how to. If you want me to fast track it on the I5 then tell me that and I will. Look, no one knows what they’re doing till they have done it for then selves for a while. The first major catering job I had with my food truck I took a wrong turn and almost went off a 100 foot cliff backwards. I screwed up a few times working for Rimels, Zenbu, Deus and Moonage. But I’ve also raised a glass or two in success as well…

Moonage Food Co – what should we know? What do you guys do best? What sets you apart from the competition?
What started as a pipe dream long ago with few hair-brained ideas, a couple beers, a broke down Airstream, and a run in with intergalactic desert comanches, has now evolved into the present day Moonage Food Co. Taking inspirations from international cuisines, the California sun, a little bit of glam rock along with classic rock, and all the amazing people we’ve met along the way, Moonage inspires a new of way of eating local and thinking global. It’s hard to say what we specialize our flavors are pretty far out I think for a food truck. We have quesadillas with sweet potato, arugula topped with a fried egg w/ a balsamic redux. Seared Ahi street tacos with guac, arugula topped with banana peppers and a sauce I came across overseas. Korean BBQ taco with homemade Kimchi and goat cheese, but here in North County there is also the want for a less complex dish, so I do have a Korean BBQ quesadilla and a Baja fish burrito, but I still stamp my twist on it. Instead of selling drinks and candy and chips that one would find in the front doors of a standard food tuck I have a 3ft gold Buddha with Ace Frehley makeup, I have 2 crates of my records and a turntable that anyone can use and spin what they like… So ya, I walk to my own beat…

What moment in your career do you look back most fondly on?
That’s hard to answer. Being able to travel and teach around the globe with my culinary talents. Running my own business (the best I can) for a few years now and its still moving forward. Still being present with my family, creating a menu full of fusion sushi rolls that folks love that took me to different countries. Starting Tacos-n-Tattoosdays at Deus in Bali where we had local tattoo artists come into the restaurant and travelers and locals would sign up for free quick “chat tatts” as we called them. I was the written voice for Deus for a few years writing there daily blog. Announcing there surf contests and watching some of the best surfers compete, watching and picking the brains of some of the finest shapers that came though Bali… There’s too many and it’s a rabbit hole that can go on for a while. Maybe it’s the last customer I severed who was blown away with my food. I’ve done a lot, but there’s always more to do… 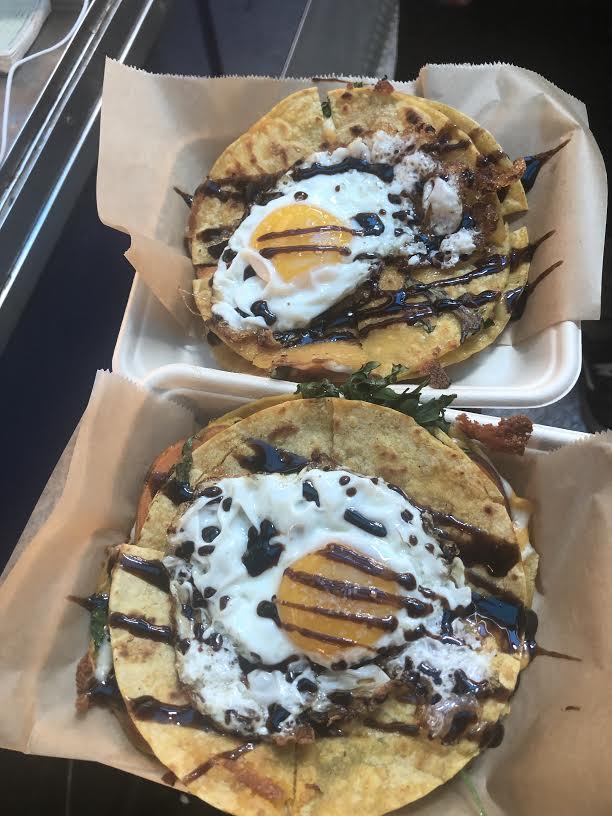 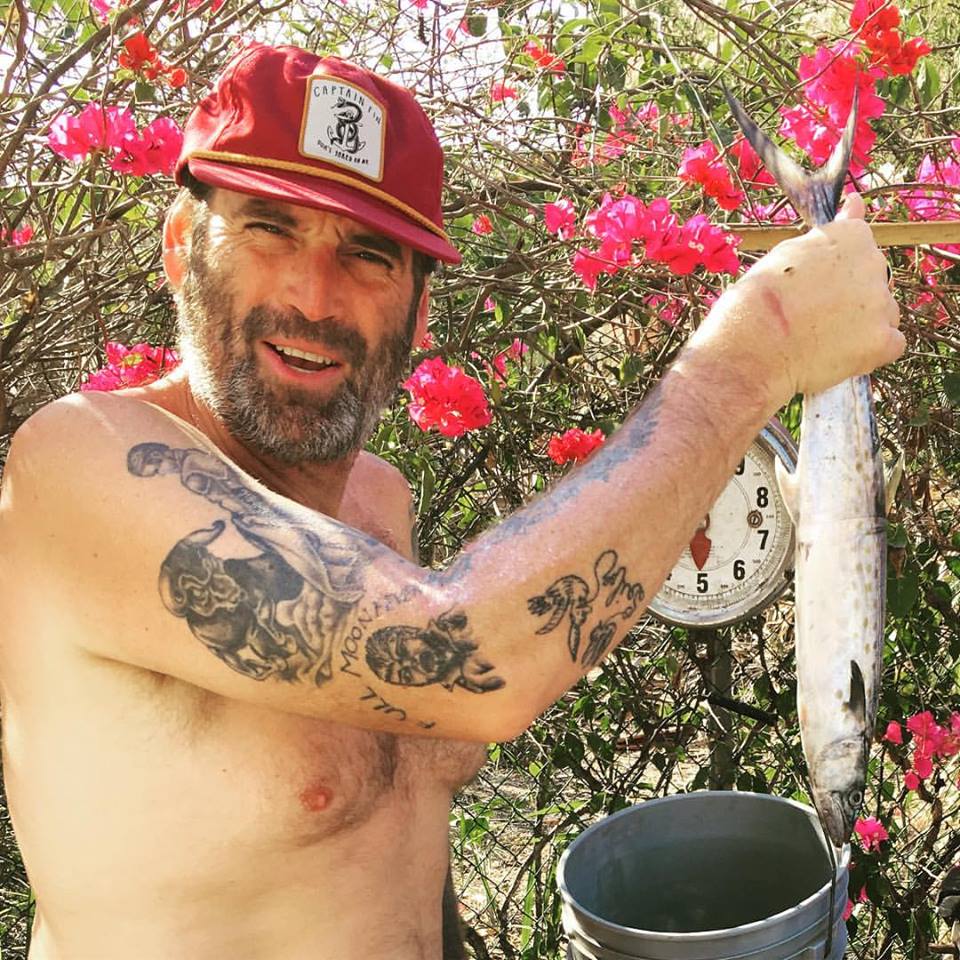 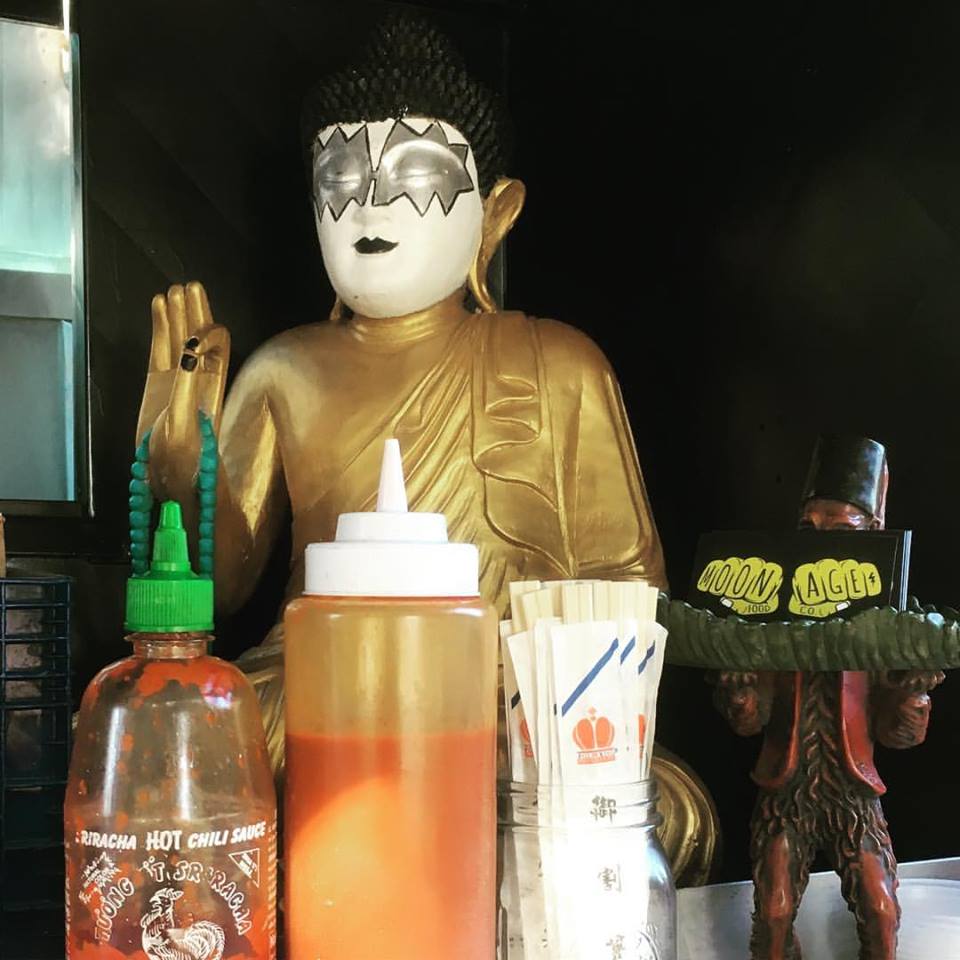 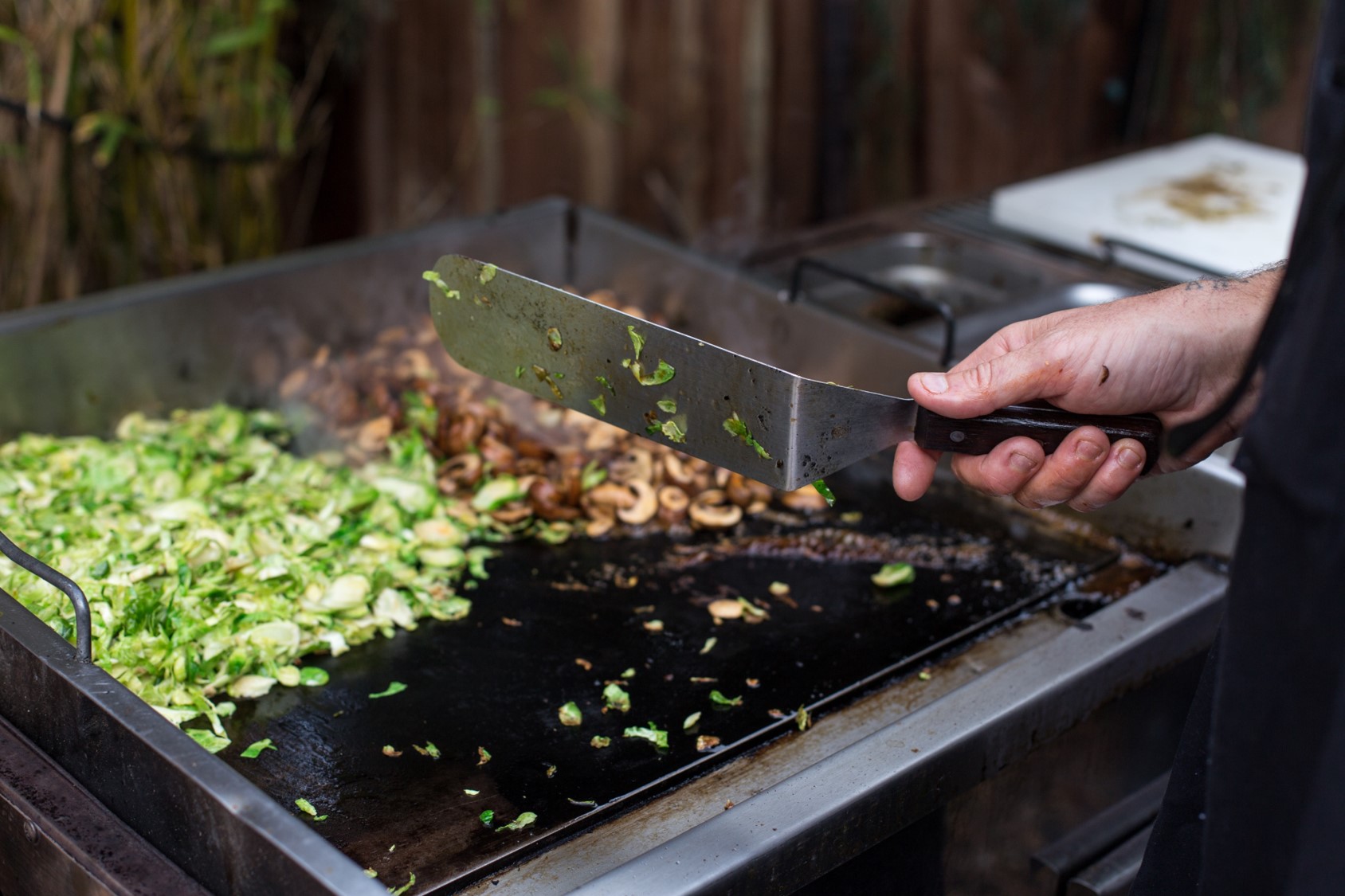 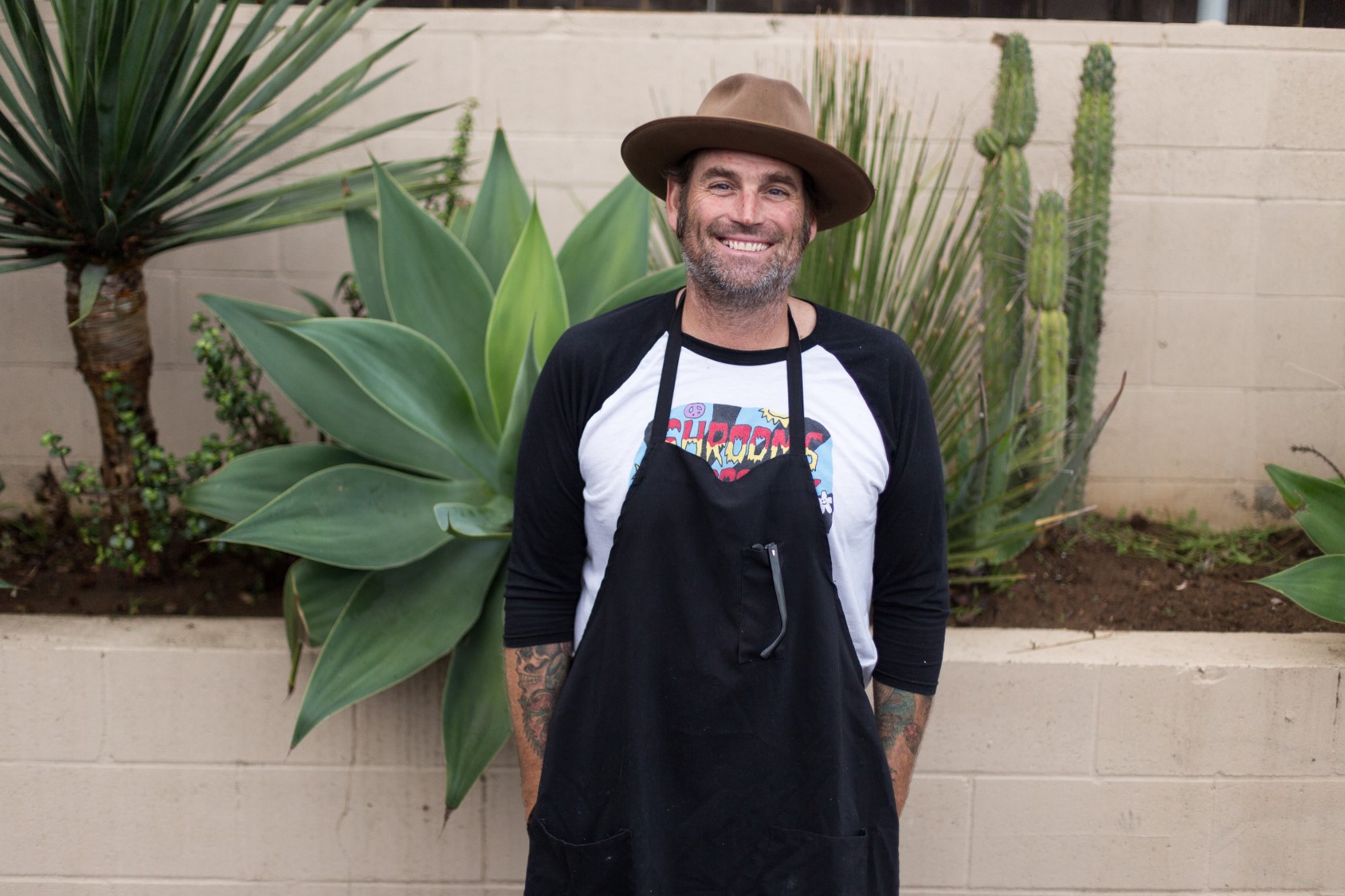 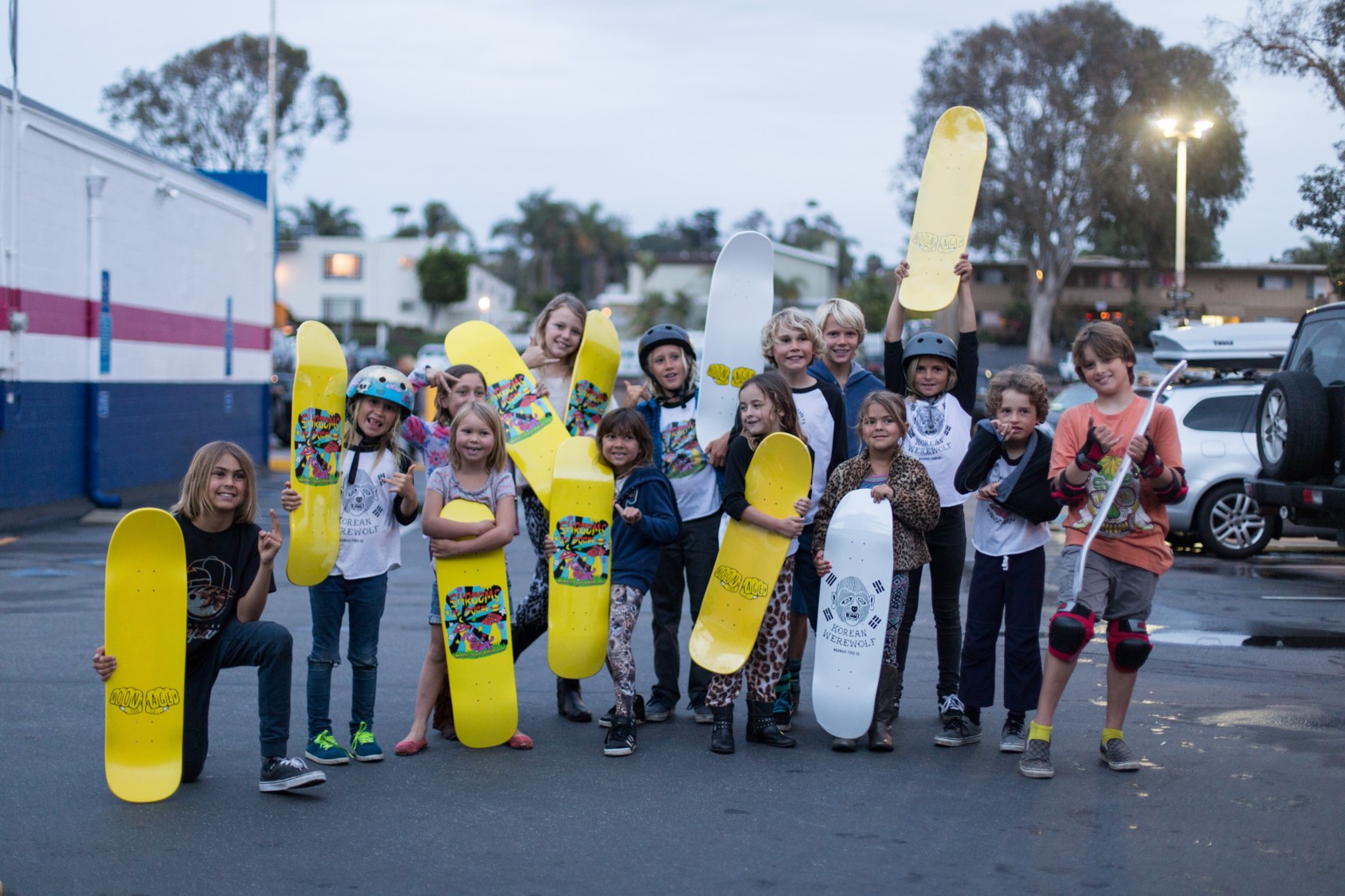