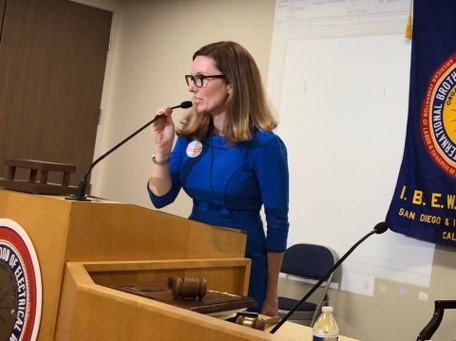 Today we’d like to introduce you to Wendy Wheatcroft.

So, before we jump into specific questions about the business, why don’t you give us some details about you and your story.
I’ve lived in San Diego since I was in elementary school. My dad was a Navy pilot based on the USS Kitty Hawk and my mom was a nurse at UCSD hospital in Hillcrest. I graduated from Coronado High, then got my Bachelor’s degree at San Diego State, my Master’s at National University, and then my teaching credential at Cal State San Marcos.

I’ve been an elementary school teacher for pretty much my entire career. I first spent 12 years at a low-income school in Escondido, before spending another three at a school in Coronado.

I thought I was going to be a teacher for the rest of my career, and then Sandy Hook happened in 2012. The kids who were killed were the same age that my daughter was at the time, which really drove things home even more. I realized that I couldn’t just sit there and let me and my children be the next potential victims, so I began to volunteer for Moms Demand Action for Gun Sense in America, a nationwide gun violence prevention organization.

Over the next few years I became the leader of the San Diego Chapter, and then the co-lead of the entire California organization. I also founded San Diegans for Gun Violence Prevention, a local coalition of groups ranging from faith leaders to community activists.

As part of this, I worked with lots of politicians, ranging from local councilmembers across San Diego County, to California State Legislators, up to members of Congress. I also volunteered on both presidential and local political campaigns.

Along the way, several of them said “You’re really good at this, you should run for office yourself.” I was very dismissive at first, but after the 2016 presidential election I started to give it more serious thought, and entered and graduated from Emerge California, a group which trains women to run for office.

Then the 2018 midterm elections happened. Lots of women got elected, and many of them were just like me – normal people, moms, who didn’t have a political background and just decided that they needed to be the change.

That cemented my decision, so now I’m running for San Diego City Council District 7. Geographically it’s the biggest council district, stretching from Tierrasanta in the north, down to Linda Vista, then east through Mission Valley all the way out to San Carlos, on the border with La Mesa.

Has it been a smooth road?
They say women have to work twice as hard as candidates for public office and I have found this to be true. Balancing the responsibilities as a wife, mother, and candidate is not easy and there is an incredible amount of work it takes to run for office, including fundraising, and the work is often at varying times of day into the evening. The scheduling of it all as a mom of three is a great feat. There is also the bigger issue of being a female in what is still a very male-dominated world. Sometimes it can all feel like the problems are too big for one person to solve. Then I remember how much representation matters, and if anything is ever going to change for women and other oppressed groups of people, we have to have people step up and take these issues on. I’ve really learned who my friends are, who I can rely on, and the support I have received along the way has far outweighed the bad and truly helps me to keep going.

We’d love to hear more about your approach.
Running for office is like running a business, only the product is yourself. I have used every aspect of running a business in this campaign, from filing for tax status, building myself into a brand with a website and growing my social media presence, hiring employees, to other aspects of campaigning including hosting events, canvassing, and fundraising. I feel fortunate to have volunteered on many other campaigns in the previous election cycles to observe and learn.

I am also grateful for my experiences as a volunteer leader with Moms Demand Action, where I have organized hundreds of volunteers in campaigns similar to and including campaigns for elected office. As a graduate of Emerge California in 2018, I also was trained and equipped with all the elements of candidacy for elected office. Due to my experiences in organizing as a teacher for 15 years to my leadership within the gun violence prevention movement to my Emerge training, I am perfectly prepared to run and win a campaign for elected office, and serve all the members of our community.

Is our city a good place to do what you do?
Our city of San Diego is an amazing place. People move here just because of that, and many people who are from here never want to leave. I moved away when I was younger and was back here in six months! However, nowhere is perfect, and even our idyllic city has room for improvement. It’s very expensive to live here, which has driven a housing affordability crisis, as well as high levels of homelessness. Kids who grow up here are having to stay with their parents longer or move away, and buying a house is becoming out of reach of many San Diegans. It’s also far too hard to get around without a car, which means that we’re all spending more time commuting and increasing pollution and greenhouse gases. And those of us who were here in 2003 and 2007 will remember the devastating wildfires which came right into the city. It’s only a matter of time when that happens again, and my district is on the front lines.

I am running because I think that I am someone who can make our city even better than it already is. From fighting climate change which is already happening, to building more housing to improving our transit and infrastructure, these are all important issues that I feel poised to tackle and be a champion for. As a lifelong San Diegan, I love this city fiercely and have spent my entire life in service to this city as a champion for Progressive causes. Our city of San Diego is severely understaffed, morale is low, and turnover is high. In order to complete the work that needs to be done in our city from the city offices downtown to our fire and police departments, we must make sure that the City of San Diego becomes a place where people want to work, enjoy working, and stay to make it a career for themselves. 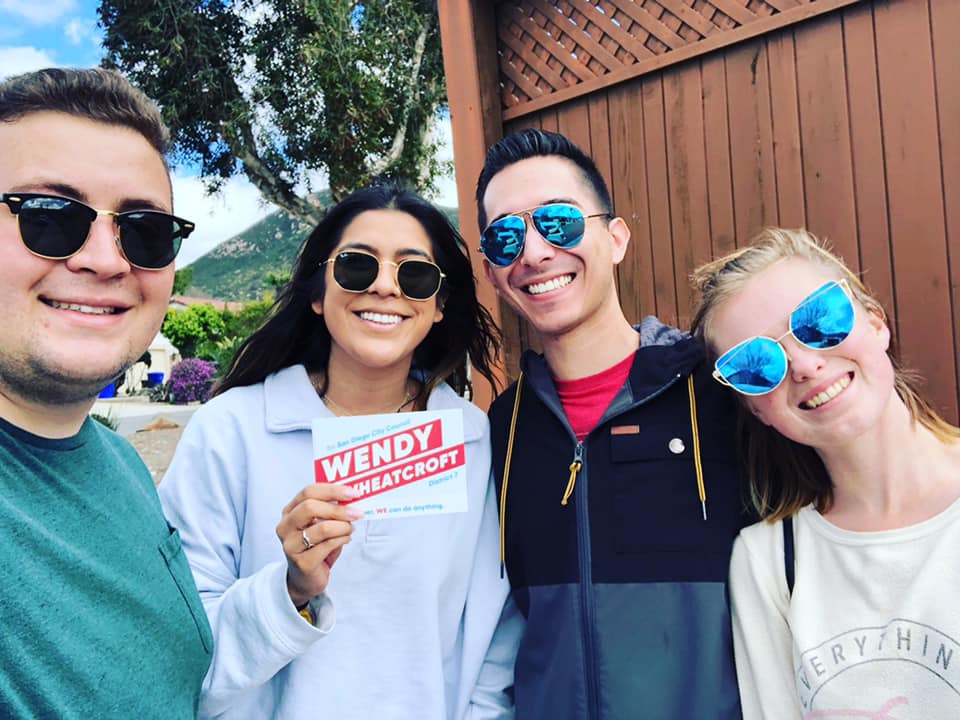 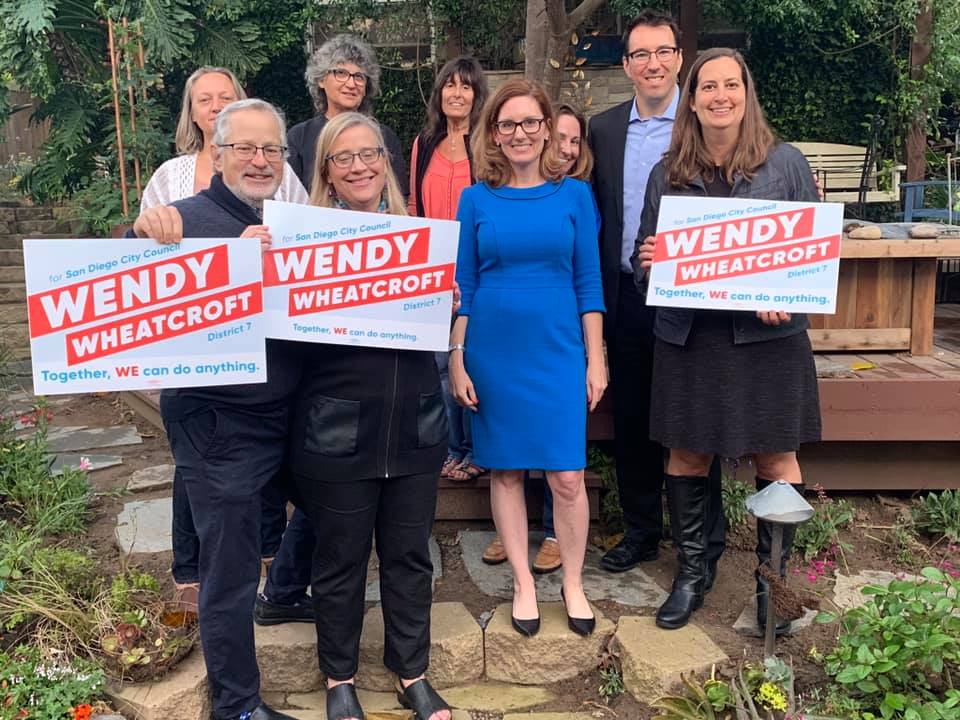 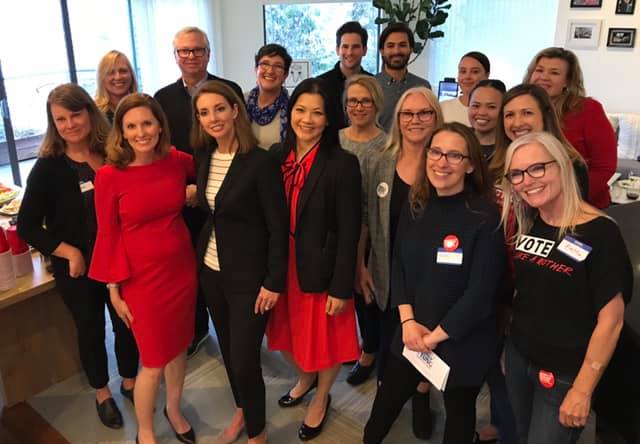 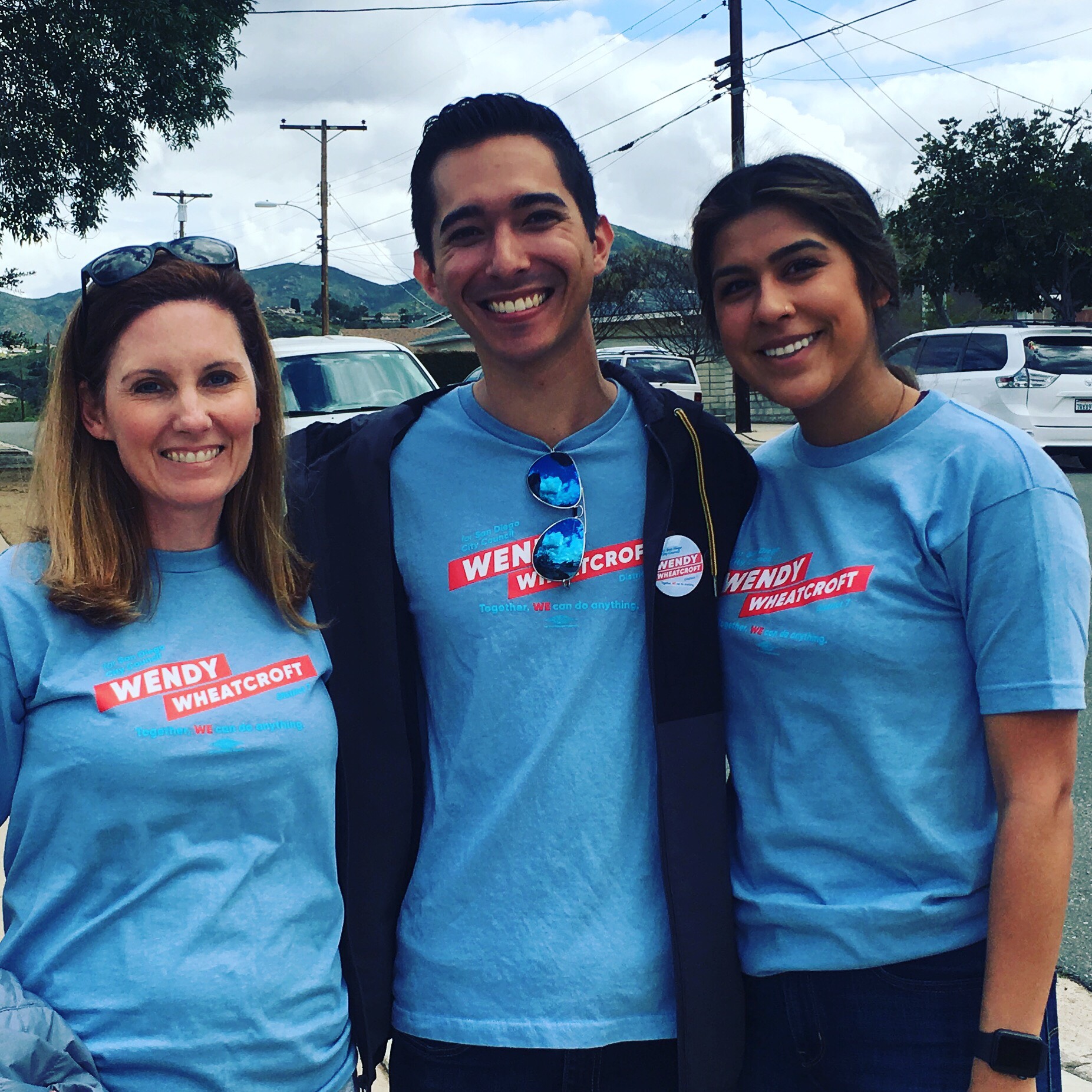