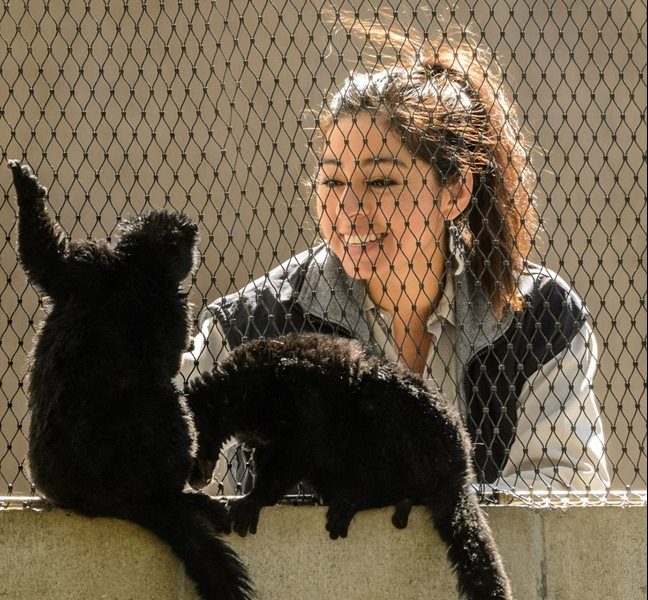 Today we’d like to introduce you to Yeleny Smith.

Yeleny, let’s start with your story. We’d love to hear how you got started and how the journey has been so far.
I was born and raised in sunny San Diego which included frequent visits to the World-Famous San Diego Zoo and to my grandparent’s ranch in Tecate, Baja California. Those visits to those two locations inspired my love and respect for wildlife and nature and influenced my choice in career path, to become a zookeeper.

After graduating high school in 2004 I went to a local community college where I ran cross-country and track and field. After two years I was awarded a two-year athletic scholarship to a private college in Kansas. While in Kansas I volunteered at the local zoo prepping diets and enrichment at the ape house and doing husbandry work at the reptile house. After graduating with a B.S. in Biology I came back home and continued my education to become a Registered Veterinary Technician. While in the Vet Tech program I began working at San Diego Zoo Global as a Tour Operator Guide part-time.

Upon graduating the Vet Tech program I also began working at a veterinary emergency clinic full-time. As I worked the two jobs I was able to recognize what my true passion was for; to care for animals instead of fixing them. I left the Vet Tech job and dedicated my energy towards becoming a zookeeper more than ever. In 2014 San Diego Zoo Global began an animal care loan program called Roar Corps. After a rigorous application and interview process, they selected 10 individuals and I was one of them. Soon after I was selected for a loan opportunity with the Urban Jungle team caring for rhinos and giraffes for close to a year.

During all this fun I decided to begin another adventure with San Diego Zoo Global and the Advanced Inquiry Graduate Program through Miami University. The fun continued with another loan at the Heart of the Zoo primate team working with capuchin monkeys and mandrills. While on loan I began applying and interviewing for different keeper positions within San Diego Zoo Global but my lack of years of experience kept me from getting the prestigious positions. So I began applying to zoos outside of the state and landed a carnivore position at the Phoenix Zoo, but as soon as I was about to make my travel plans over yonder, I interviewed one more time at the San Diego Zoo and a few days later I got the best phone call of my life informing me I was selected for the part-time primate position.

Shortly after the part-time position turned into full-time and I was monkeying around all day every day. Today I am very fortunate to care for the five lemur species (ring-tailed, blue-eyed black, red ruffed, red-collared, and Coquerel’s sifaka) in the new Africa Rocks Madagascar habitats and a diversity of other primates. It’s been a dream come true becoming a zookeeper at the World-Famous San Diego Zoo and I feel blessed every day that I get to care for, share my knowledge, and passion for such awesome and incredible creatures.

Overall, has it been relatively smooth? If not, what were some of the struggles along the way?
It definitely was not a smooth road for me as I didn’t choose the smoothest path to take to get to my goal. I most certainly had to keep changing paths but I most certainly never changed the goal. Since I decided to focus on my athletics early on in my schooling I believe my path towards becoming a zookeeper was halted a bit since I didn’t have the time to volunteer and get the hands-on experience needed for this field early on.

Having to find the appropriate paths and take them would sometimes make me rethink my goal since it was taking me longer than I wanted to reach it. So the inner struggle was constant. Thankfully I did have a wonderful support system along the way and the goal was eventually met and it’s a crazy beautiful journey to look back on now.

San Diego Zoo Global – what should we know? What do you guys do best? What sets you apart from the competition?
San Diego Zoo Global is a world leader in bringing species back from the brink of extinction. Today their in-situ conservation efforts expand to 45 countries to save more than 130 species, both plant and animals alike.

Today their ex-situ conservation efforts include housing more than 3,770 rare and endangered animals representing approximately 660 species and subspecies along with more than 700,000 plants in their botanical collection. The opportunity to educate the public about these rare and endangered animals and plants and the conservation efforts to save them is grand as there are many avenues they use to share information in-situ and ex-situ. Within zoo grounds, they have the opportunity to connect people to wildlife through bus tours, cart tours, animal interactive tours, animal shows and presentations, along with keeper talks.

Outside of zoo grounds, they have the opportunity to connect people through the kid’s channel, community engagement projects, classroom and hospital animal visits. I am proud to be a part of a zoo community that focus is not just to save wildlife globally but locally as well since San Diego is a biodiversity hotspot the need for conservation action is imperative to save local species. The world-famous stamp sets us apart from other zoos as we are able to reach people all over the world and share our passion for what we do and how we do it.

What is “success” or “successful” for you?
Success is difficult for me to define since my personality doesn’t allow me to rejoice in it or accept it as I’m already coming up with the next goal to achieve. Some can say I’m an overachiever and with that comes not fully being satisfied with what one achieves.

But if I had to define success it would be having a career you are happy waking up for on a daily basis, having a family that is supportive and dependable, having the opportunity to travel often with the ones you love, and having the ability to eat and drinks yummy and tasty things. Oh, and being able to live in sunny San Diego that’s kinda a big deal. 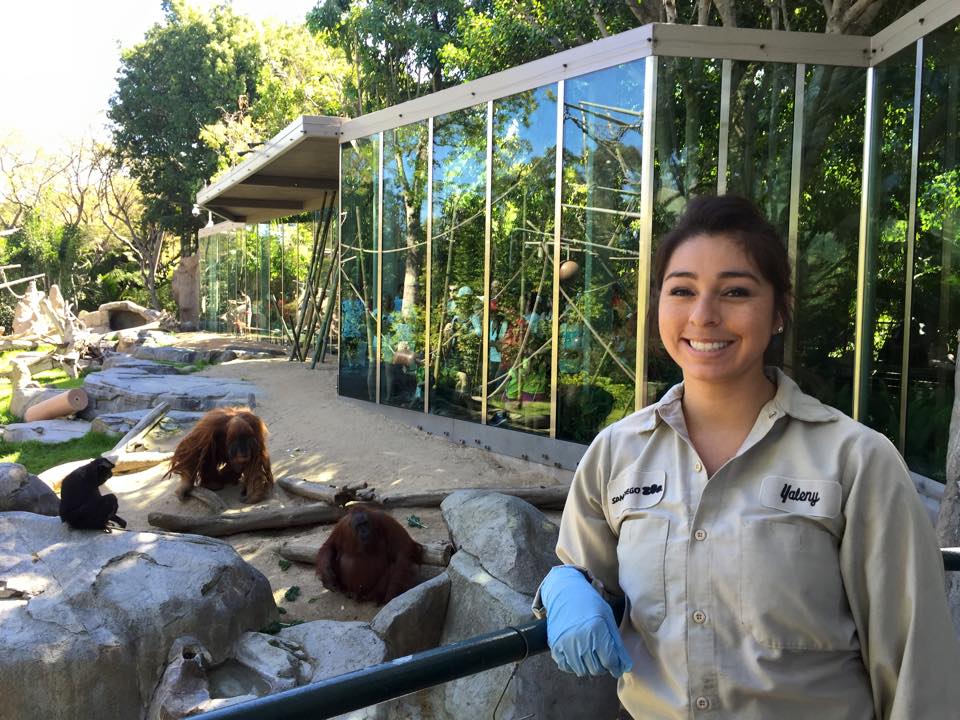 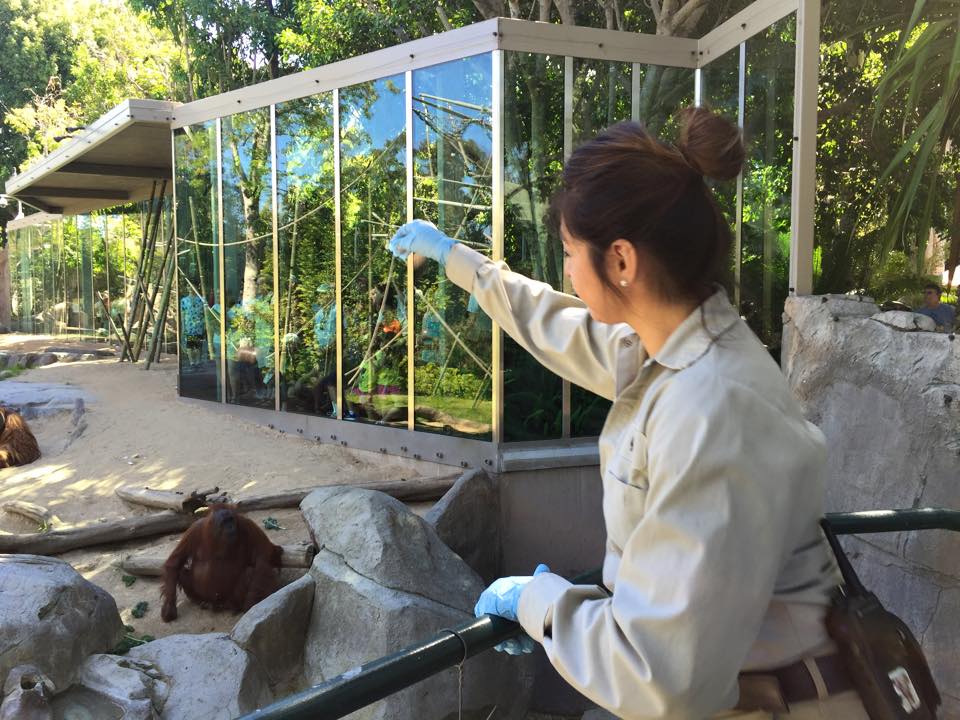 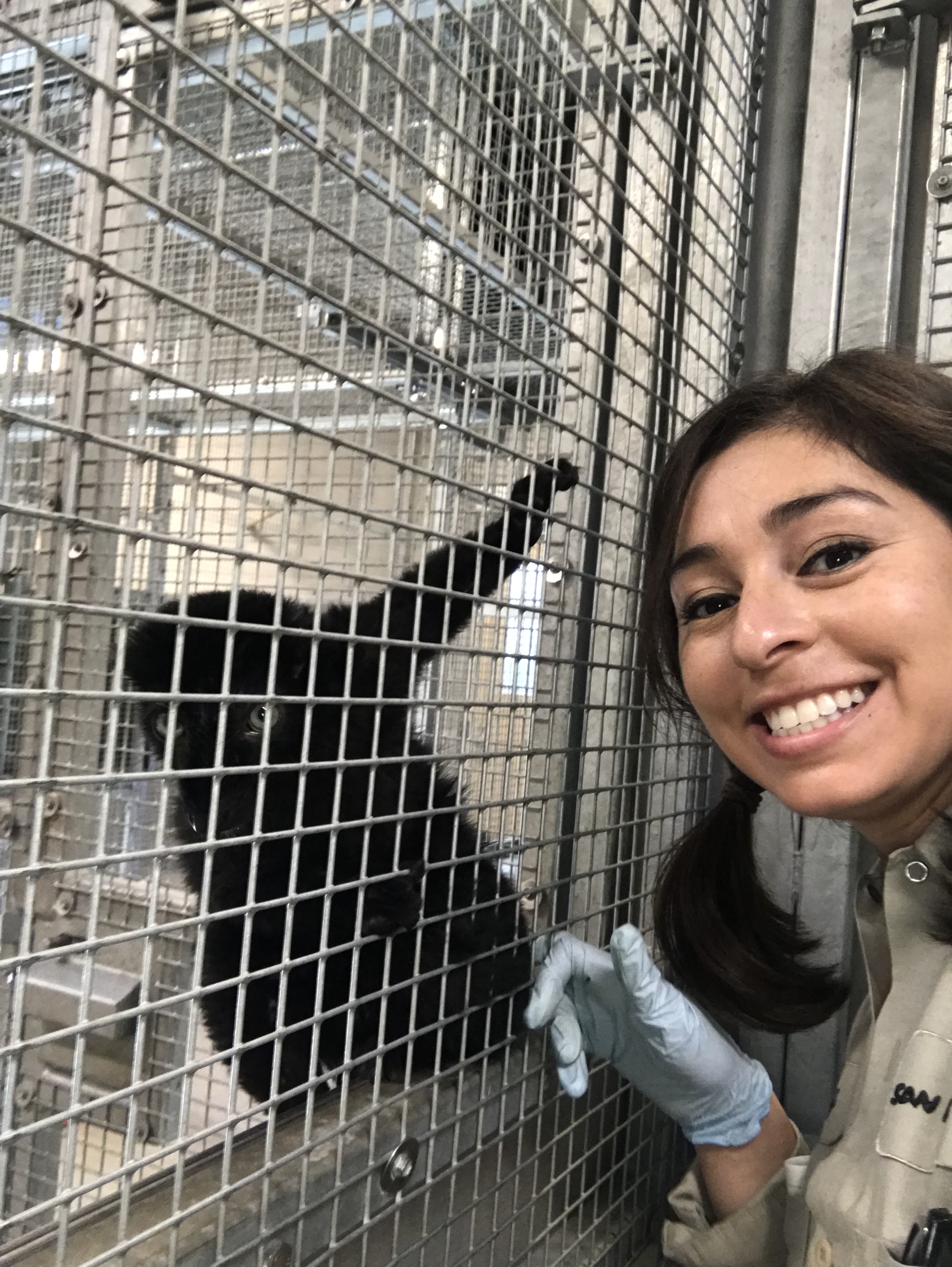 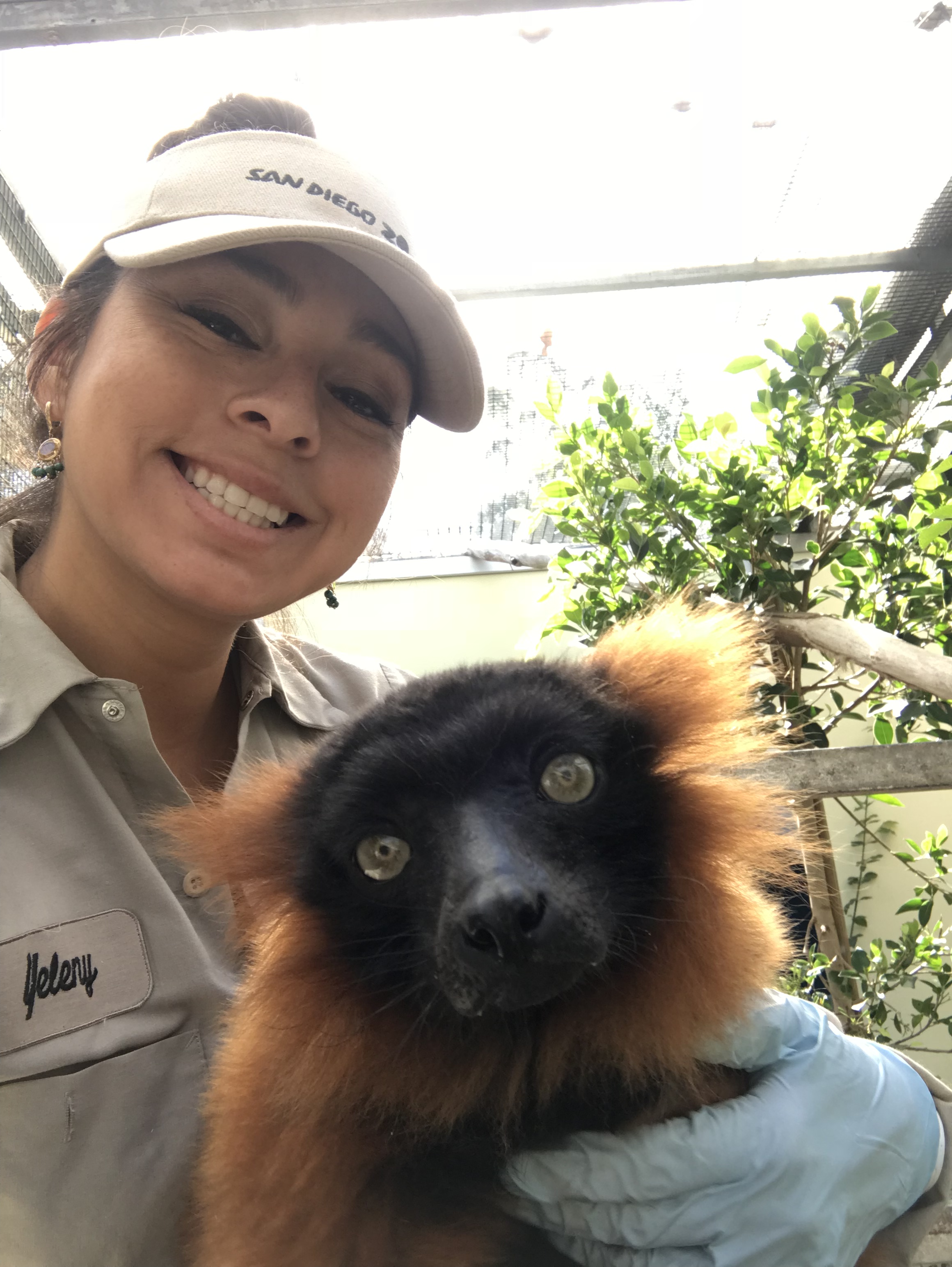 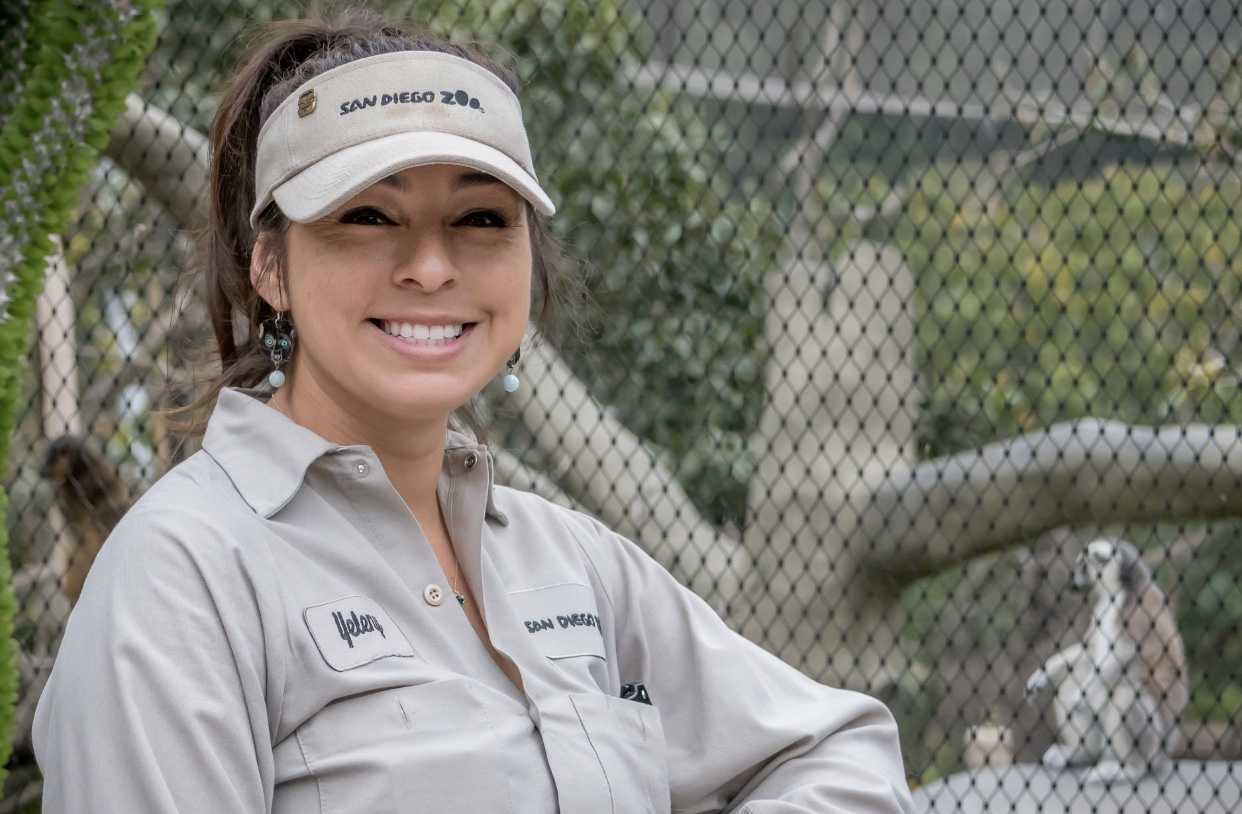