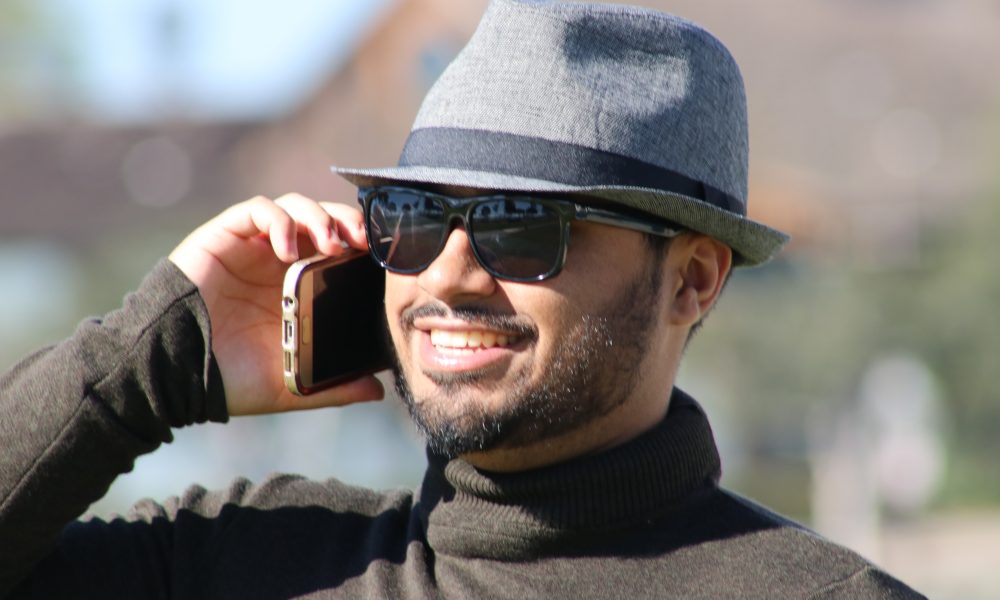 Digital Marketing Master-Mind Zarar Ameen Shares Insight To How To Succeed From Scratch
Zarar Ameen started a business when he was just eleven-years-old. From scratch to building a million-dollar company, he is a self-made young man at age 20, who truly owns his success. Someone who learned to do business by selling milk, and negotiations over vegetables – he has come a long way. From being to just a nobody, he is now the owner and CEO of CANZ Marketing, which is a digital marketing agency. He has multiple people working under him on every continent except Antarctica. Numerous entrepreneurs are born daily and vanish in the age of time, but only a few remain as examples when it comes to true success. Zarar is one such person who is truly notable and worthy to follow if its failure that you’re fighting. His story is for all of those people who have yet to succeed and build a name.

The Starting Is Never Easy
Take a look at history. Not a single person who is famous now was a born success machine. Everyone has to face struggles, failures, and then success bows to them. The ones who fear and run away don’t get to see their names written in golden ink. Zarar Ameen, a young and talented boy, started with just an ordinary living style. He now runs a successful company by putting in a tremendous amount of hard work, constant efforts and countless sleepless nights. He cherishes all the small things that have ever happened to him.

He adds satisfactorily, “The progress of me and my team’s skills and my company’s growth is something that I strongly cherish. I remember having absolutely no clue how to run a Facebook ad. I had no idea what digital marketing was. Now I’m running a fast-growing digital marketing agency. When I look back and see how far I’ve come, I feel happy. It has been the toughest thing that I’ve ever done in my life but so damn worth it. There is absolutely no magic to this. Just, a lot of hard work. I still go through a lot of struggles every single day like any other business owner. But, now I am able to use my knowledge and connections to troubleshoot almost any problem i am faced by.”

Failure Is The Next Step Towards Success
The time spent under his uncle Rizi’s supervision is something that has built a solid base in Zarar’s life.  He initially started 7 businesses and failed before he even reached nineteen. And today, fast-forward, nine-years later he owns his own company CANZ Marketing. He is helping small and medium business owners to increase revenue by using mainly Facebook ads as well as other digital platforms. He shares meaningful insights on Facebook’s recent updates on his blogs. There is transparency in his dealings and social interaction on personal and business level. His company creates world-class Shopify sites and are Google AdWords and Shopify partners. His team is Facebook, Google AdWords, Shopify, HubSpot certified. And this is not all, as they also specialize in E-commerce and work with online coaches. As of now, his company is close to hit $100k per month in revenue. But, this wasn’t happening since he started. His failures defined his success story. And, he never for once, lost sight of his goal.

Experience Is The Mother Of All Changes
No matter where you go or what you do, ultimately experience is something that can teach you about the real-world stuff. Books, accounts, videos will tell you other people’s stories which is definitely helpful, but your own interpretation of right from wrong is your best guide in life.

Zarar adds, “When I was young, I used to see a lot of people unhappy with their life and job. Everyone used to just complain and never do anything to change how things can impact their upcoming futures. I used to listen to all such things and wonder. Why are these people not doing something to change what is bothering them. I also thought that maybe I’m just a kid, so I should follow their lead and do exactly like them. But, then I never wanted anyone to take charge of what I can and can’t do. While I was young, it was understandable for me to look up to my elders for guidance, but later it just started bothering me.”

“I wanted to do something to help and change my situation, and do as I like. I always wanted the finer things in life and just wanted the freedom of doing whatever I want and whenever”, adds Ameen.

The Mentor Who Changed His Beliefs
“I was fortunate enough to participate in a business event where I met a super successful individual. He was a multi-millionaire and was one of the nicest human beings I’ve ever met. That was my life’s turning point. I still remember how people used to mouth bad words about successful people. This guy was extremely successful, he was super-friendly, and actually gave me a few minutes of his time to just discussing my goals in life. He told me to read a book called “Think and Grow Rich” he told me this book changed his life. So, I immediately got it and was hooked! From that day, I said to myself, I will do whatever I have to do to become a successful business owner. I promised to make a lot of money and help people as much as I can”, states Ameen happily.

School Doesn’t Teach You Practical Stuff
Despite not liking the college and university stuff, Zarar still went to college for a few months and ended up dropping out. He says, “Everything I learned, seemed to be outdated. Yes, I did learn a lot about the Pythagorean Theorem, and quadratic formula. But, let’s be honest here, when do you ever use those things? I mean, engineers may use it, but I wasn’t going to be one so why acquire that now when there are more crucial things to learn about in life? I even added a business class to learn about business. But, Oh Boy! I was very wrong. I don’t blame the lecturer because the school hired her. But they hired the wrong person. If you don’t have a business mind yourself, how in the world are you going to teach it to someone? Maybe, I didn’t want to study from someone who didn’t practice what they preach”

Zarar Has A Different Theory
Hard work and struggle are the motivators for promising opportunities to open up. But, no matter how worse things turn out to be, you have to build your strength and have trust in yourself.

“During my college days, I didn’t care about the grades I got because I was too busy with my business and learning from REAL entrepreneurs. I immersed myself in every personal development book I could find. I listened to podcasts and YouTube videos on how to be successful. This time, I actually learned from real entrepreneurs. It was life-changing knowledge for me. I could implement the information right away and see the results quickly. No, I didn’t become a millionaire after a month or two (which I thought I was going to be) but I could see my life changing for the better. I became smarter, sharper and more enthusiastic about my life. Investing in personal development was a game changer for me and it took my business to new heights. I believe that personal development is an edge you can have over your competitors,” quotes Ameen.

His Journey Towards Making CANZ Marketing What It Is Today
Einstein, Mark Zuckerberg, and Steve Jobs – all these big names aren’t famous for nothing. They’ve worked hard to be where they are today. Let it be the Wikipedia page or a billion-dollar brand image, hard work brought them this fame and success. Thousands of fan following isn’t a cup of tea for everyone. Artists, businessmen, brands, companies, entrepreneurs – all work hard and then get into the spotlight.

Zarar further enhances, “My journey with CANZ Marketing has been unbelievable, I started the company from scratch. I vividly remember sleeping on a ragged sleeping bag with $1.16 dollars in my pocket. I was dead broke at that time, but I knew that this won’t be for long, and soon I’ll be somewhere I want to be. I spent at least 16-to-20 hours a day working hard. I barely slept for a couple months, until I realized what I was doing to my health. So I started sleeping the recommended  8 hours a day to be efficient when I was awake.”

Later, The Rest Turned Out To Be History
Once you start tapping success, everything else turns out to be a story that you can tell your grandchildren proudly. That’s what Zarar wants to do ultimately. And, he does have a remarkable account to narrate.

“I got my best friend Christian, and my dad Natik in as a partner in my company, and also hired more manpower. I enlisted my dream team with no budget since I had nothing. Being totally broke with 9 people working under me – was a tough call. But, I lived up to it. I had to keep reminding them of “our vision” every single DAY and it worked well for some time. Digital marketing has a learning curve with each and every step. Most people just promise and know nothing. So, my team and I worked for the greater cause. Something that can help people systematically” stated Ameen.

What Do We Learn From Zarar?
We read about tons of startups, failures and big brand accomplishments daily. People who learn from their mistakes eventually prosper. Zarar is a humble person who still defines himself as under-the-bridge to the road victory. His motto is “If one can, so can I”, and this has helped him achieve and plan many things. But, most of us, usually lose hope with initial failures. That’s not how we define successful or thriving. It takes sweat, determination, focus and hard work with constant efforts to turn into a gem of a person. And, business is more of a tough call with countless competitors sitting at every nook and corner.

Zarar wants to help everyone he come across with everything that he can do. His future goals are to build non-profit companies, hospitals, schools and much more. With being just a twenty-year-old businessman, he still has a lot to accomplish before establishing himself as a business tycoon. His social and personal skills are refined even at such a tender age, and he loves to talk with everyone who wants to connect with him. Let it be Facebook, Instagram LinkedIn, Twitter, Snapchat, Quora, – he is ready to interact and grow his circle. Similarly, you too can – only if you want to change how you live and do things your way. 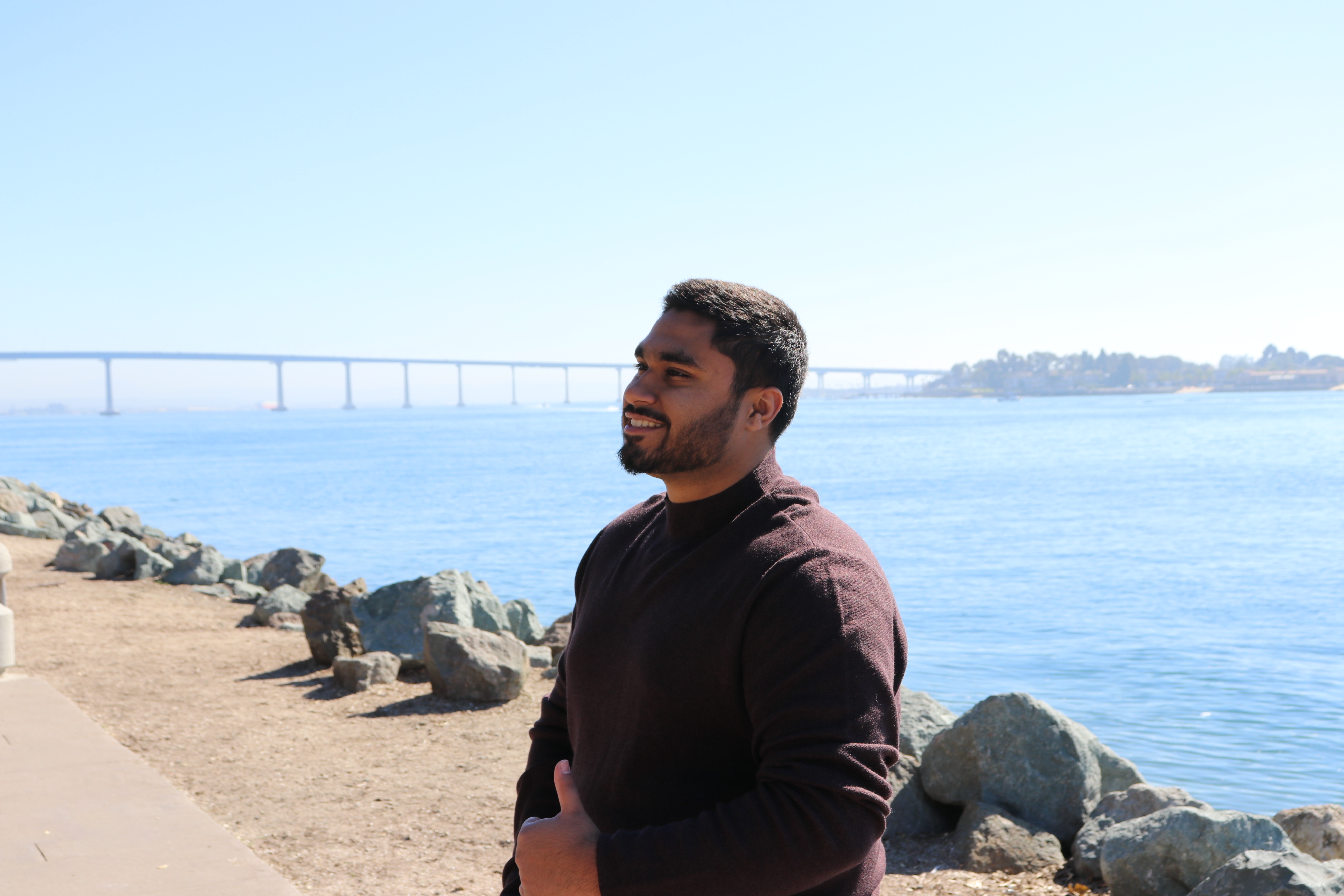 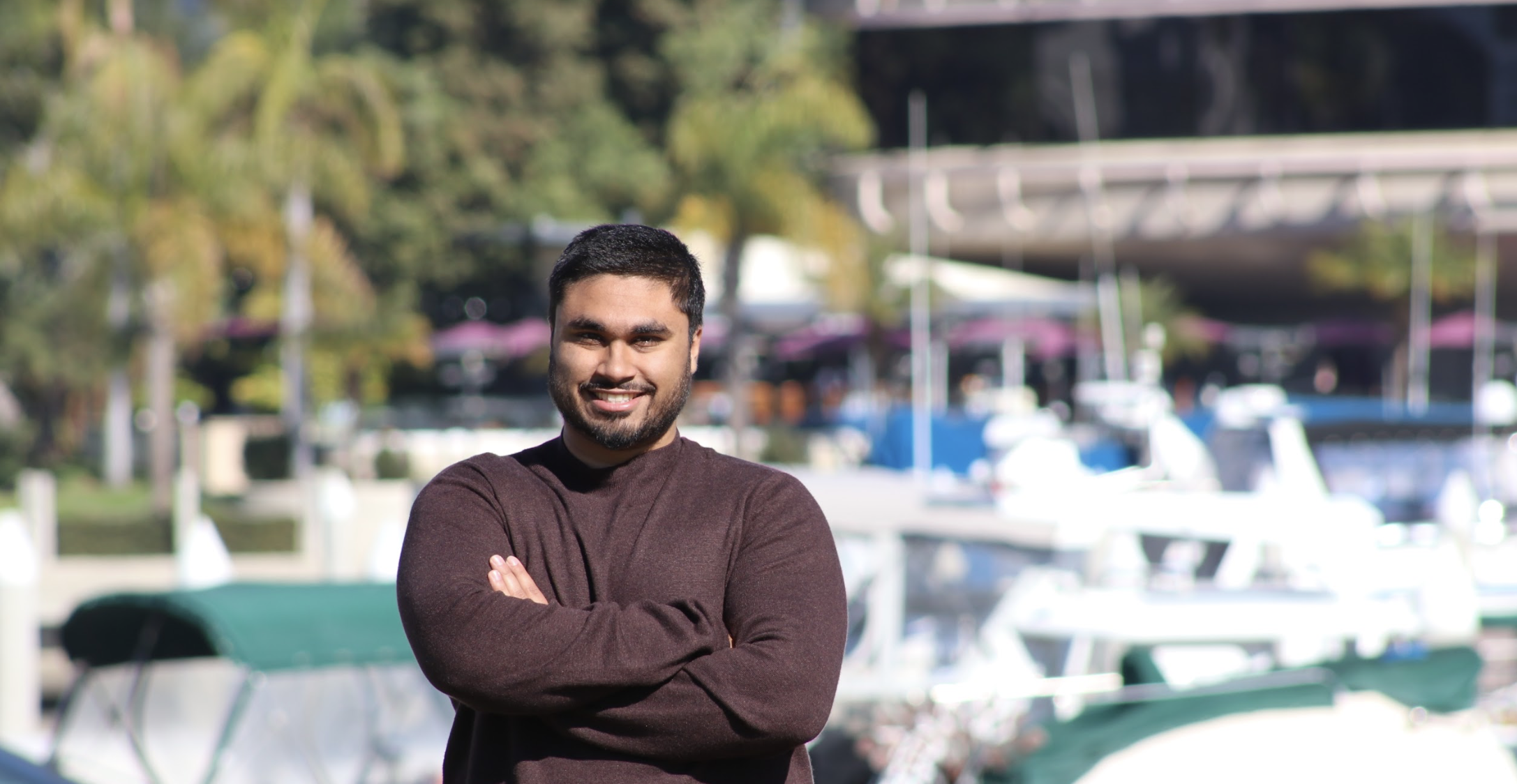 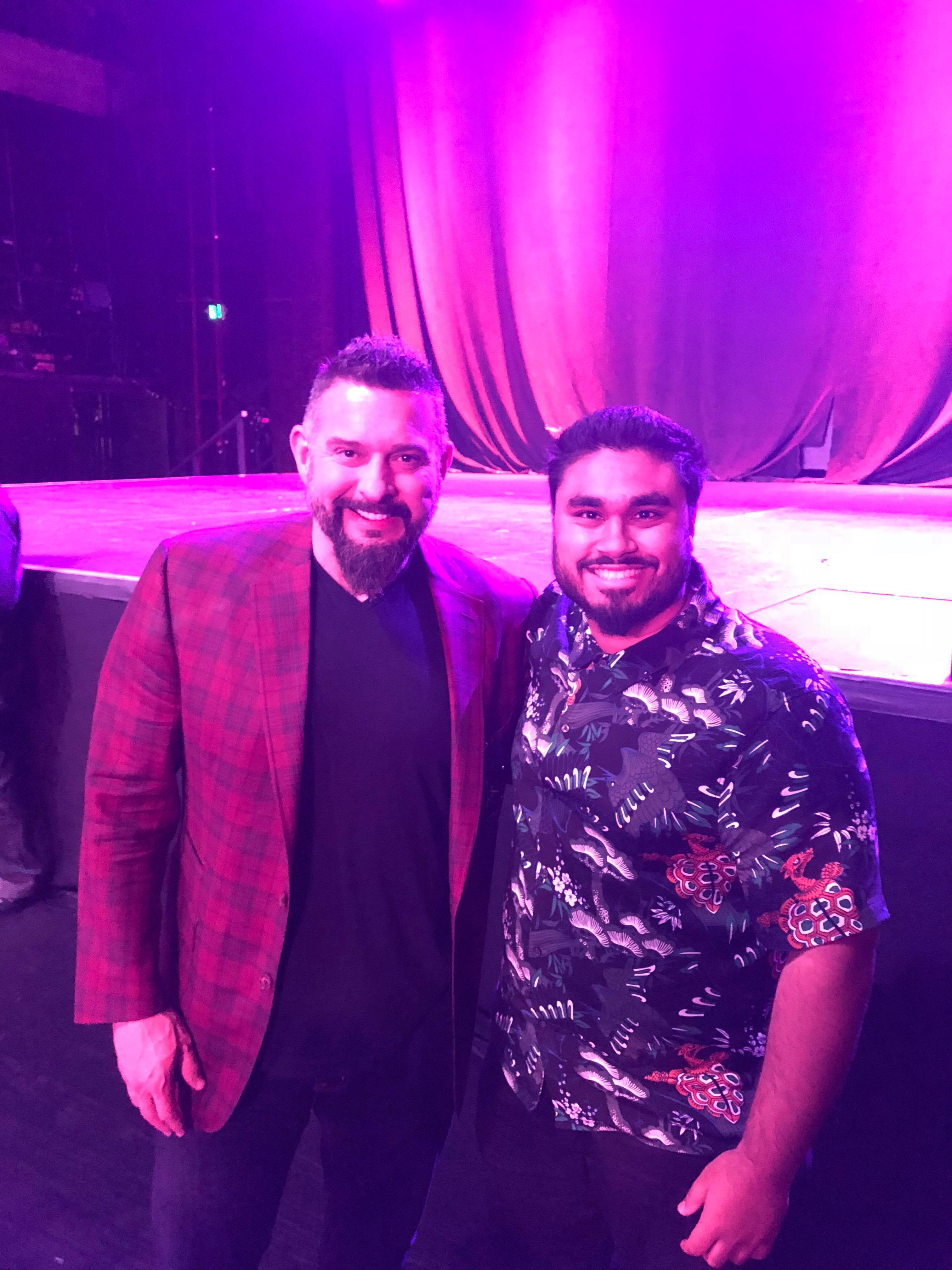 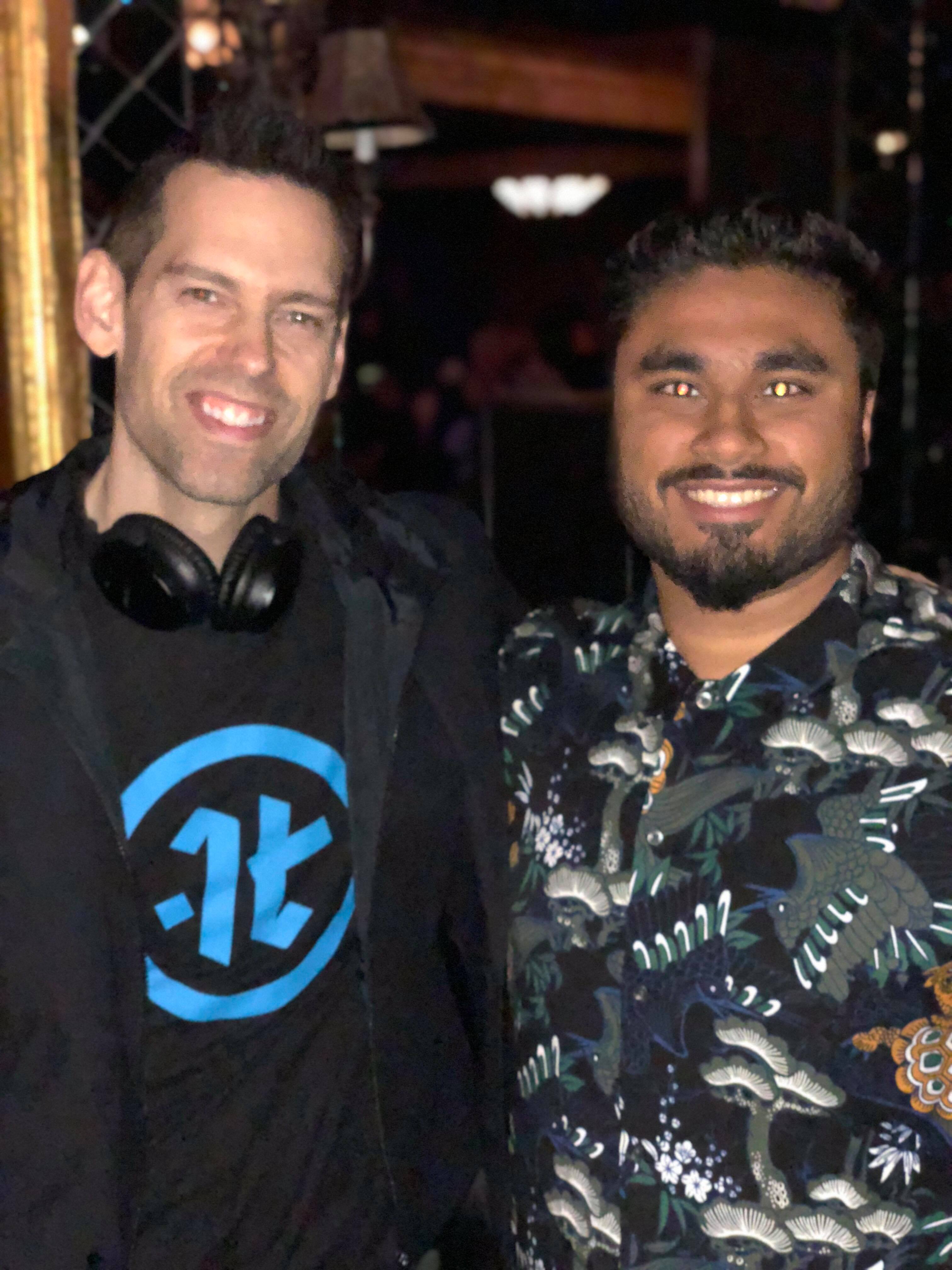 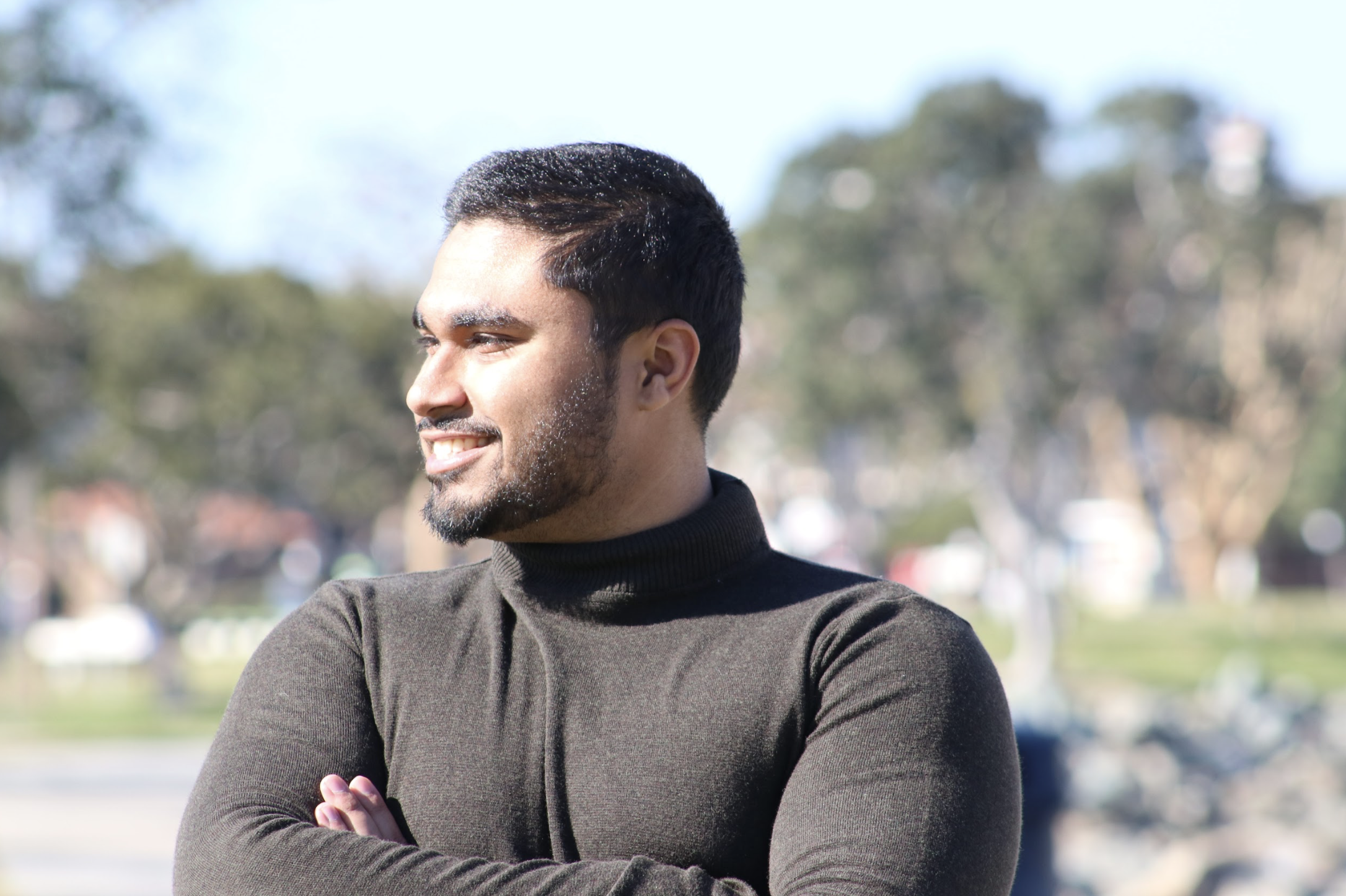