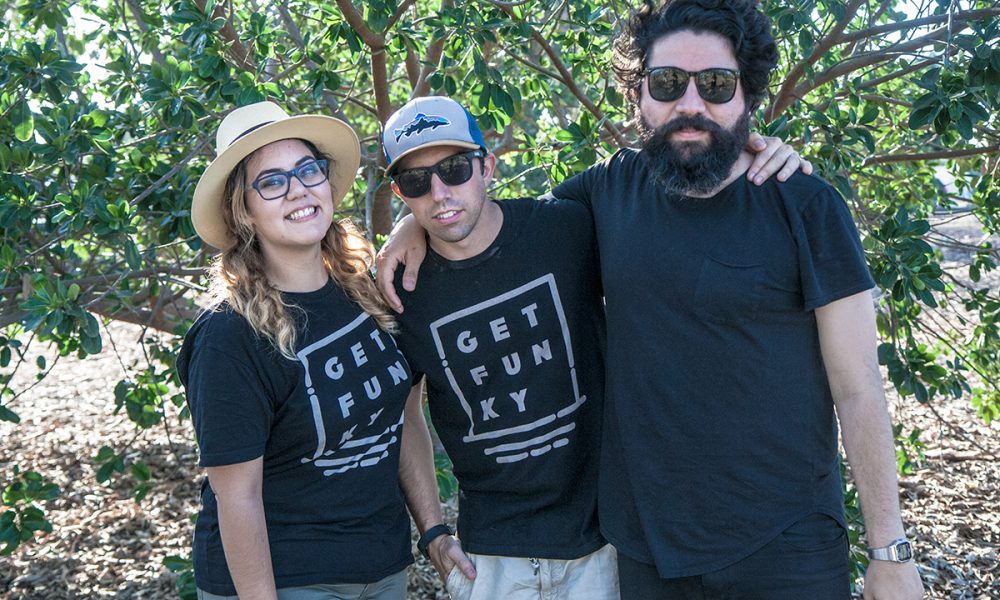 In the back room of a favorite local bar in DTSD, El Dorado, a bar manager and a design genius came up with the idea to create “Funk You Creative”. Starting September 2012, FYC began making graphic posters and branding for the SD community but little did they know that it’d become so much more than that. Read more>> 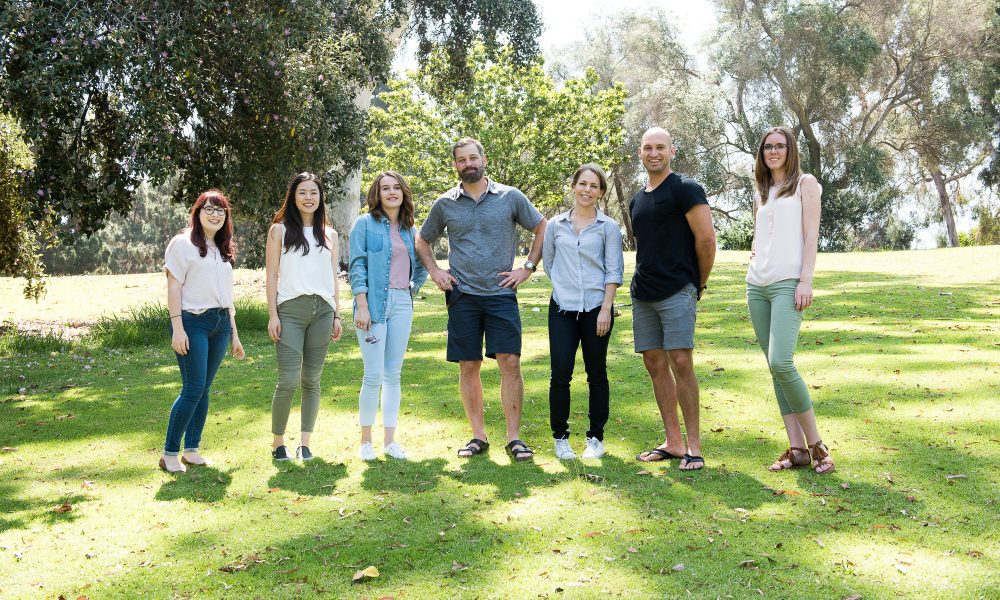 We formed BexBrands in 2010 after years of working separately as designers in an interest to tackle larger Brand Identity projects. We specialize in “better for you” Consumer Packaged Goods, and get ridiculous pleasure out of helping companies that are truly trying to create better products for a better world community. Read more>> 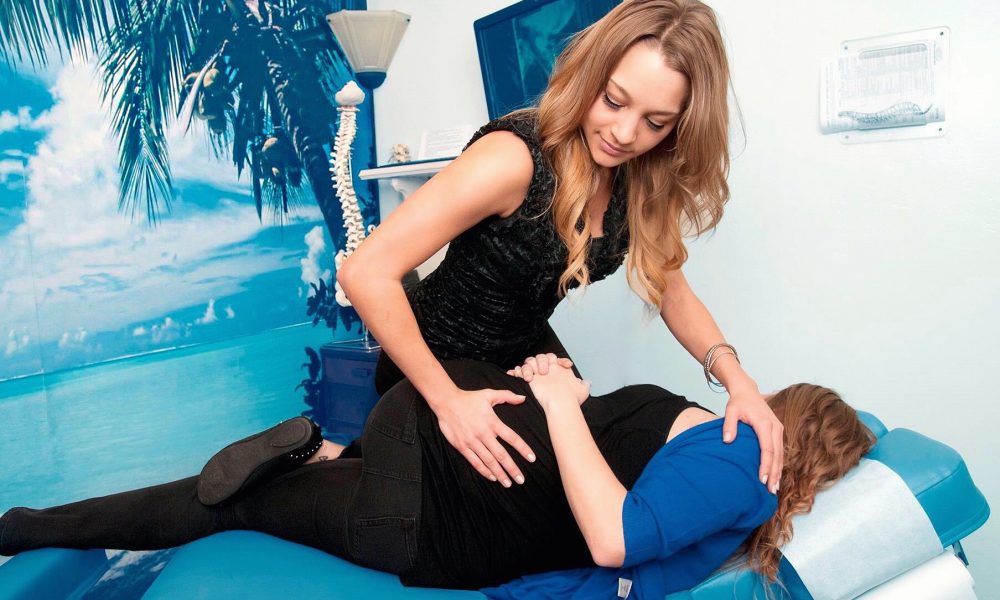 I am a third generation Chiropractor, following my father and grandfather. I’ve wanted to be a Chiropractor ever since I was a little girl. I assisted my father, Dr. Grant Foster, for several years while I was in undergrad.This is when my passion for Chiropractic really grew. Read more>> 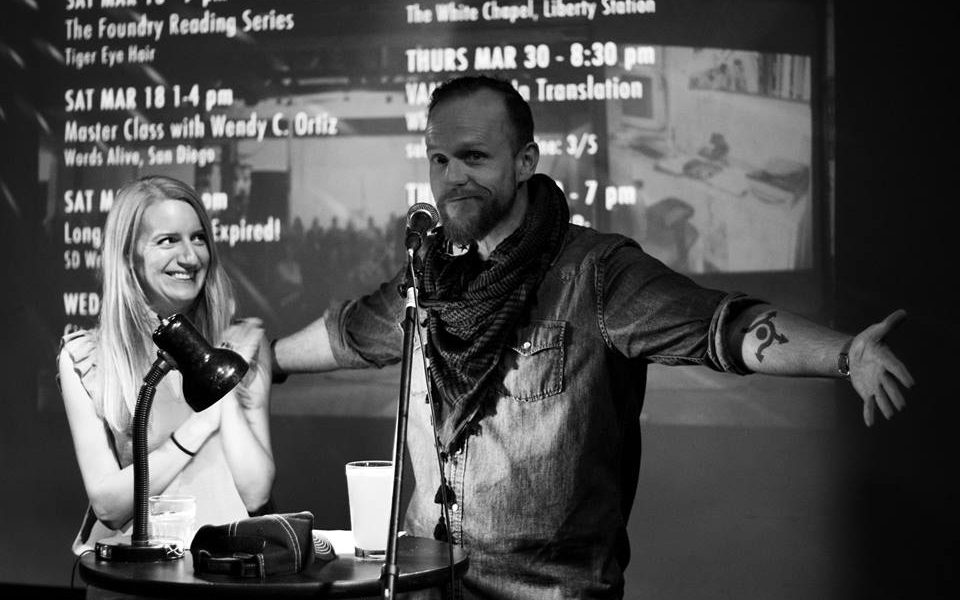 I’m originally from San Diego but spent ten years away in New York. I came home for what I planned would be just long enough to help my mom out with some family issues, and while I was home met some other writers and started a little group. Read more>> 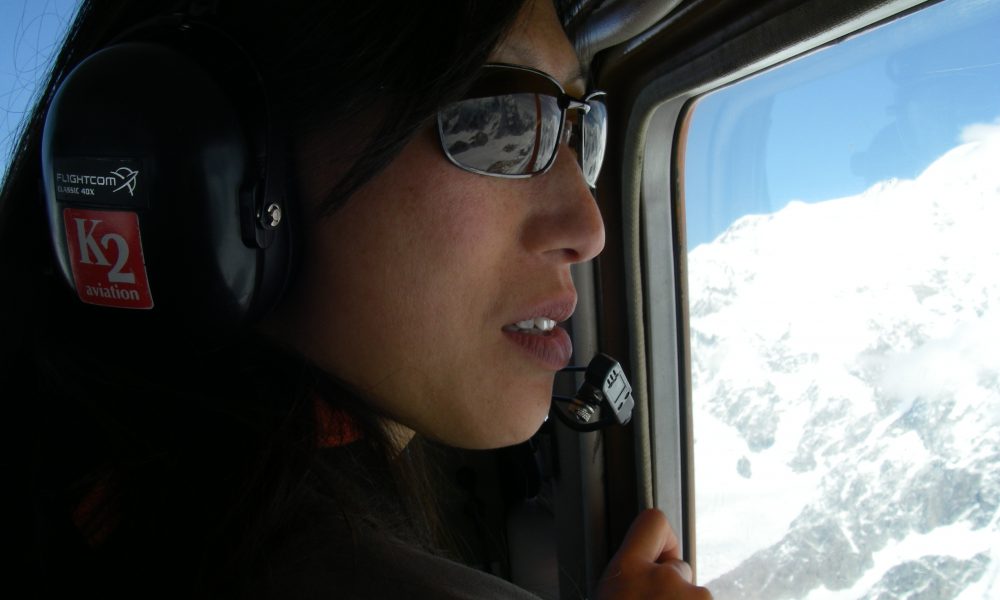 When I was 12 years old, I taught my first piano lesson and realized that I was empowered with a voice that could make a difference in people’s lives. Eventually I earned my doctorate in piano performance but switched from professional music to administration for more stability. Read more>> 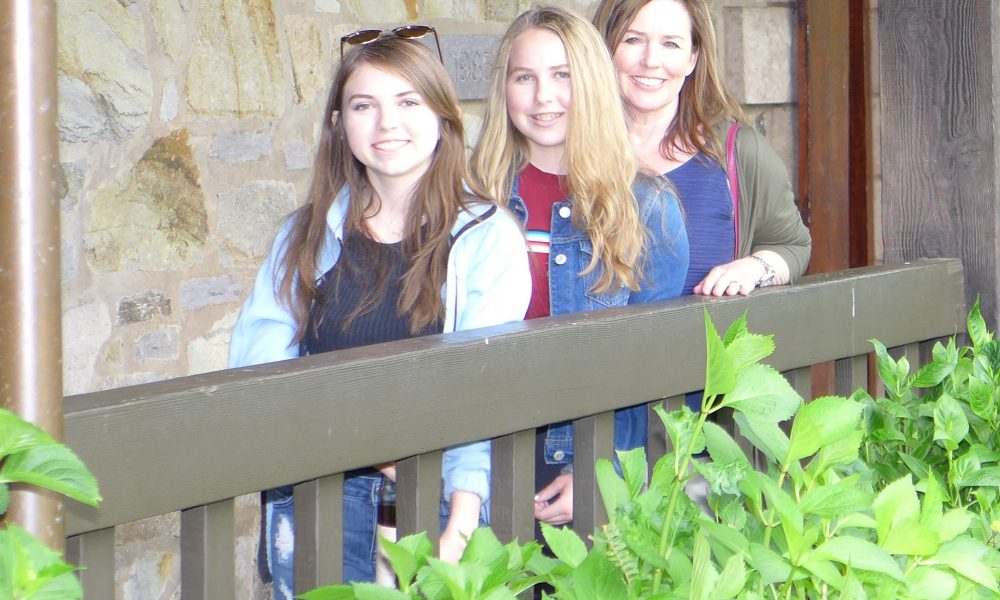 I have always been a crafty, artsy person. In college, I loved taking ceramics and art classes just for the fun and experience of it. My background is in the Criminal Justice field, but when I had my first daughter I decided it was time for a change. Read more>> 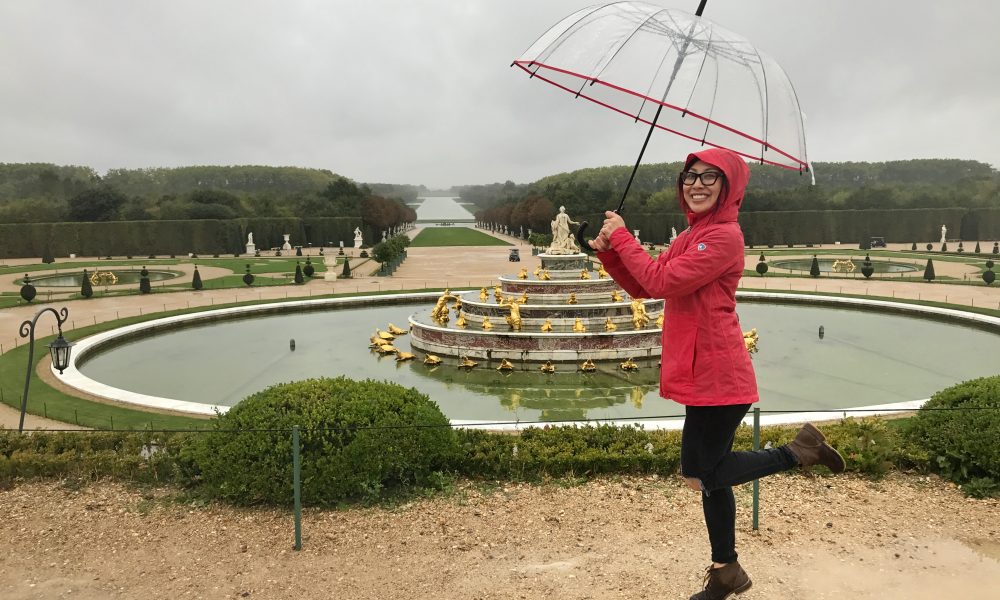 I came from a poor family who migrated from Vietnam to America in 1989. As the first generation, my parents relied on my help, which was our culture. I started my first job when I was 12, working for my family’s nail business. When I turned 16, I worked in corporate retail, sales, and customer service. Read more>> 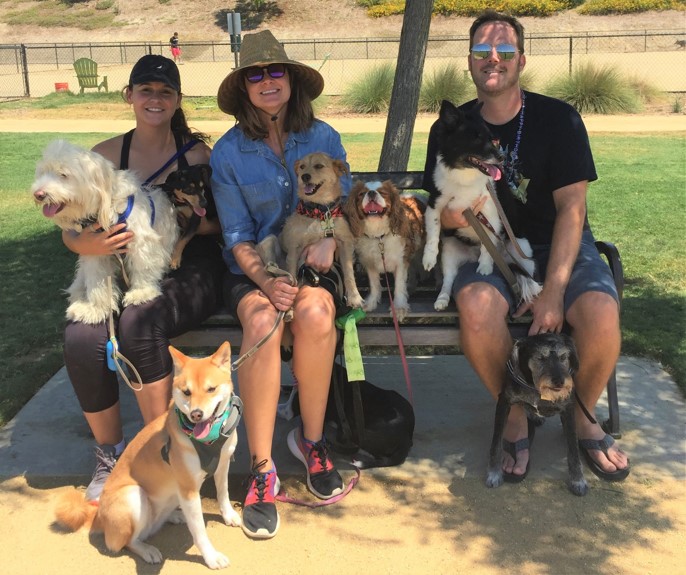 I left the corporate world when our dog, Frodo, was diagnosed with PLN (protein-losing nephropathy). He needed around the clock care and wasn’t expected to make it more than a month, so I started dog walking to have a flexible schedule. Being around other animals daily helped comfort me knowing that I’d be losing him soon. Read more>> 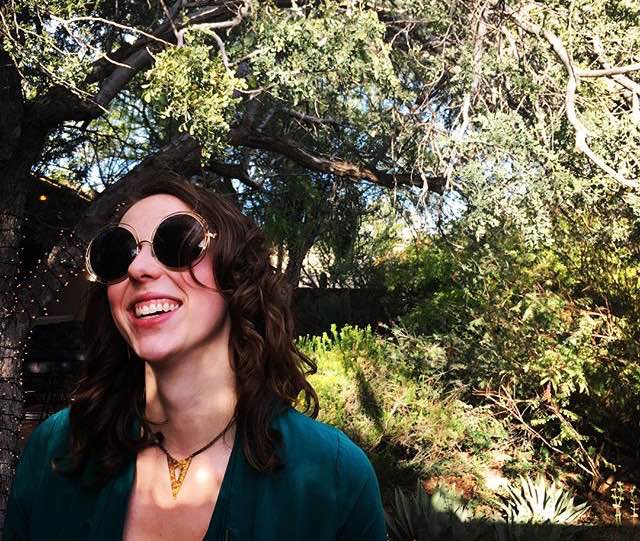 After graduating from the University of Virginia with a degree in Studio Art, I wasn’t sure what I wanted to be doing. I decided to go on a three-month-long, work-exchange road trip across the United States and ended up in San Diego. Read more>> 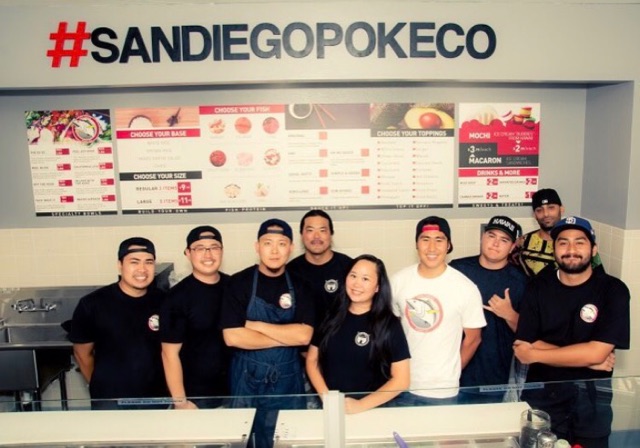 San Diego Poke Company was first launched as a small vendor at Scripps Ranch Farmers Market in March of 2015 where we quickly became a fan favorite for island inspired poke bowls and I decided to build our first brick and mortar location in May of 2016 in the East end of Mission Valley. Read more>> 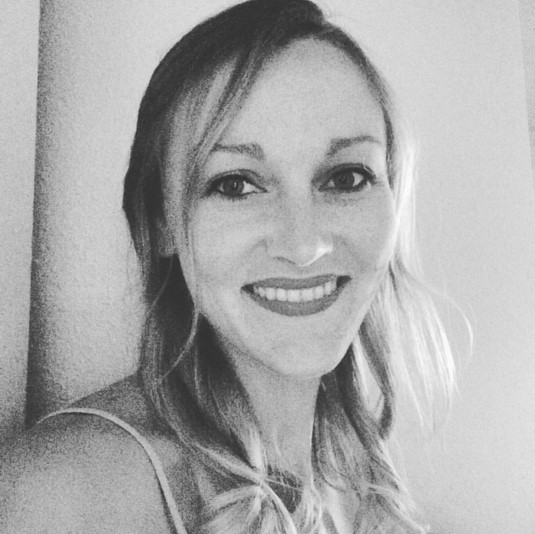 It all starts with Culinary school and wanting to be a chef. I worked at catering companies and restaurants to get my chops and then became a mother. I turned to the grocery retail industry and lead bakery departments at a couple different grocery chains. I met my fiance at Whole Foods Market! Read more>>