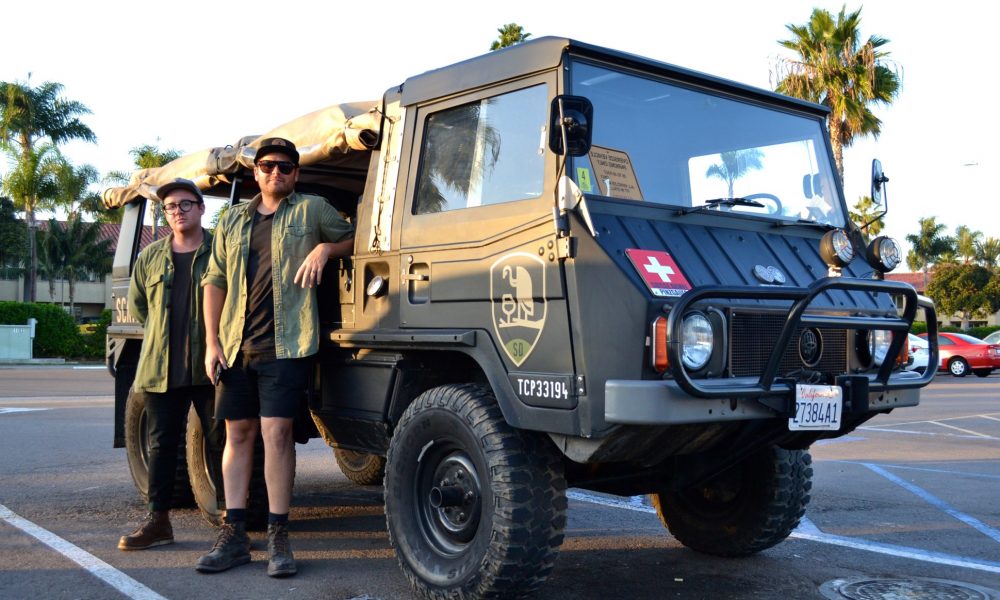 “Born and raised in Southern California I’ve contracted a deep urge for adventure and exploration. My love of beer has driven me to travel the world to explore beer styles & breweries in Belgium, England, Germany, Austria, Italy, Holland, Hungry, Finland, Czech Republic, and Australia. Its been great to meet beer lovers from all over the world and share stories about this amazing craft beverage.” – Adam Hall. Read more>>

Out of college in Colorado, I worked for a small defense contractor in Boulder for about 7 years in the field of Semiconductor Engineering. Always an entrepreneur at heart – I had started and run 2 startups (Internet Marketing/Intelligence, Solar Energy – including Astralux Solar which was successfully sold off in 2010) before starting Fortius in 2012. I had moved to San Diego in 2010 to be closer to my mother as my father had passed from Cancer a few years earlier. Read more>> 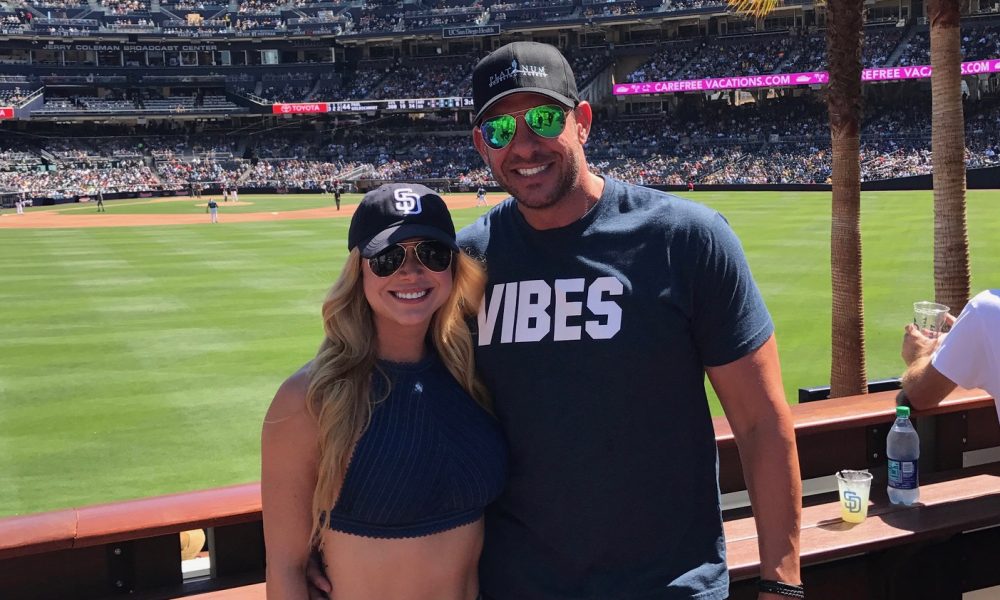 After years of professional dancing, I retired from being a Las Vegas Showgirl and Featured Performer for the Las Vegas Pussycat Dolls at Caesars Palace and was looking to stay in the entertainment industry. Jay, my boyfriend at the time and now my husband, and I decided to open our own model and talent agency. Read more>> 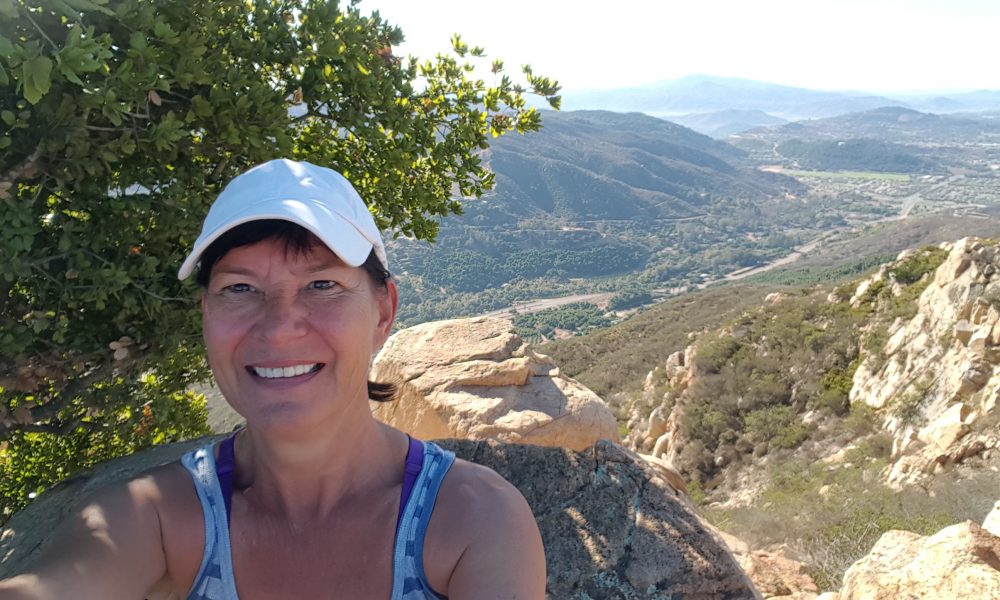 I always had a knack for healing; it came naturally to me. As a kid and teenager I focused on large animals and needless to say, I wanted to become a vet and specialize in horses. This dream was shattered by a large animal vet with whom I interned. He had the attitude that women had no business in the field and he showed me that I was physically not able to complete the tasks he gave me. Read more>> 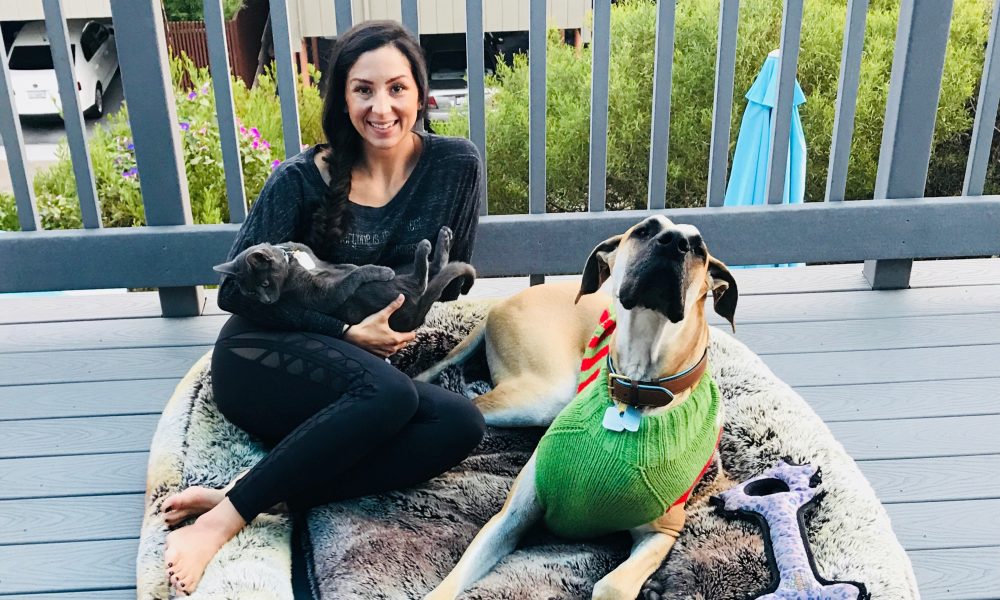 I was formly a professional ballet dancer with the City Ballet of San Diego, this is how I moved to California 8 years ago. My mother first put me in ballet around age 5 and I had a lot of natural talent so I kept with it throughout my whole childhood. Around age 15 I was first introduced to Pilates in South Florida due to stress fractures in my low back. I had never done anything like Pilates before I knew it would be life changing. Read more>> 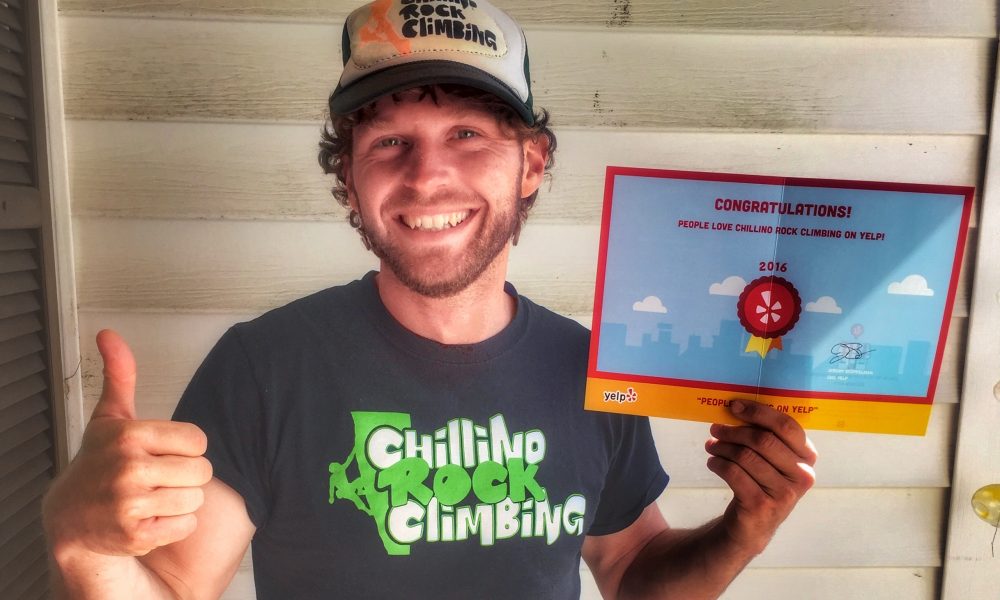 Moving to San Diego from Germany was a real eye opener! I had no idea how much outdoor climbing there is available and how supportive the community is. Once in California, I started exploring different areas and I was very impressed by the amazing weather conditions that allow for climbing almost any given day of the year. So in 2012, shortly after obtaining my AMGA certification as a rock climbing instructor, I founded Chillino Rock Climbing. Read more>> 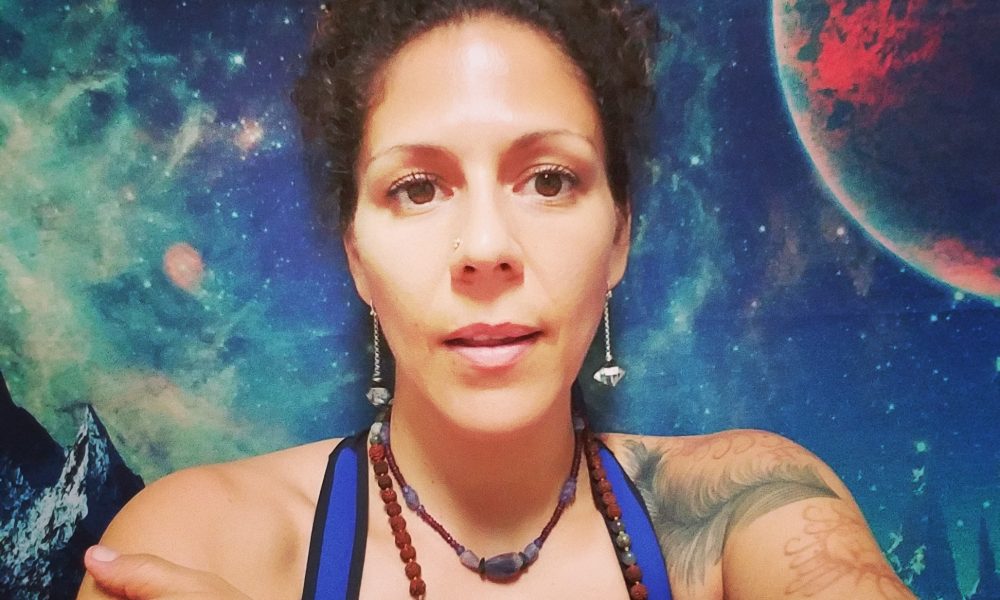 I was in the Navy for 7 years and got out to study the healing arts in 2006. I did a 1000 hour bodywork training while finishing up the last classes for my bachelor’s degree. I finished those both in December 2007 and left for Thailand 2 days later to study Thai massage. After a month there I went to India where I lived with my 2 kids for 2 years studying and teaching yoga. I studied ayurveda, yoga and reiki while there. Read more>> 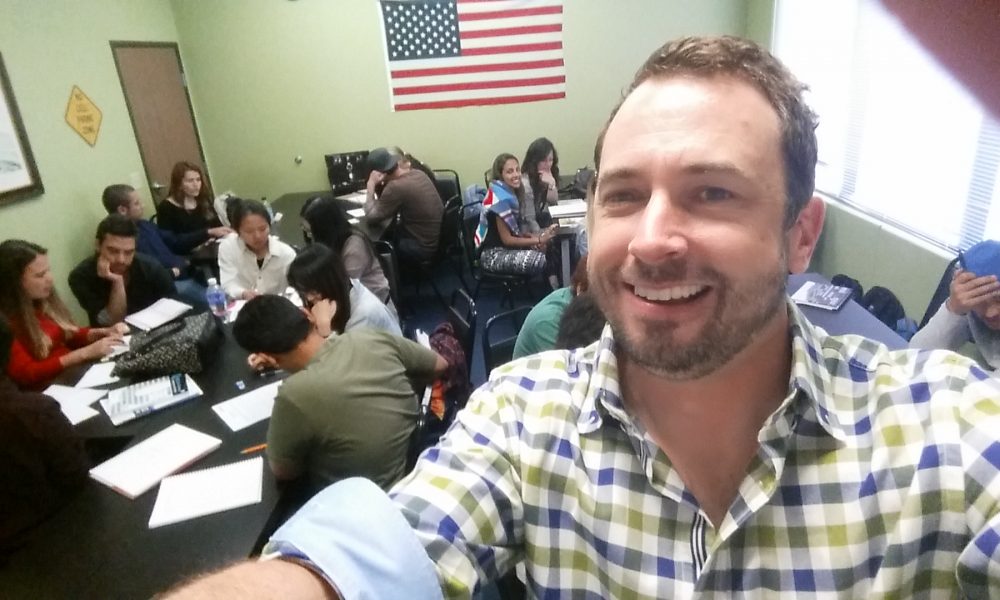 In and after UCSD I was an English teacher in Tijuana and Rio de Janeiro. I taught just because I enjoyed it, but then realized that I could make a living doing it. My business partner and I started Connect English officially in 2009 because we realized that there weren’t any other English schools in San Diego where international students could expect high-quality lessons without completely breaking the bank. Read more>> 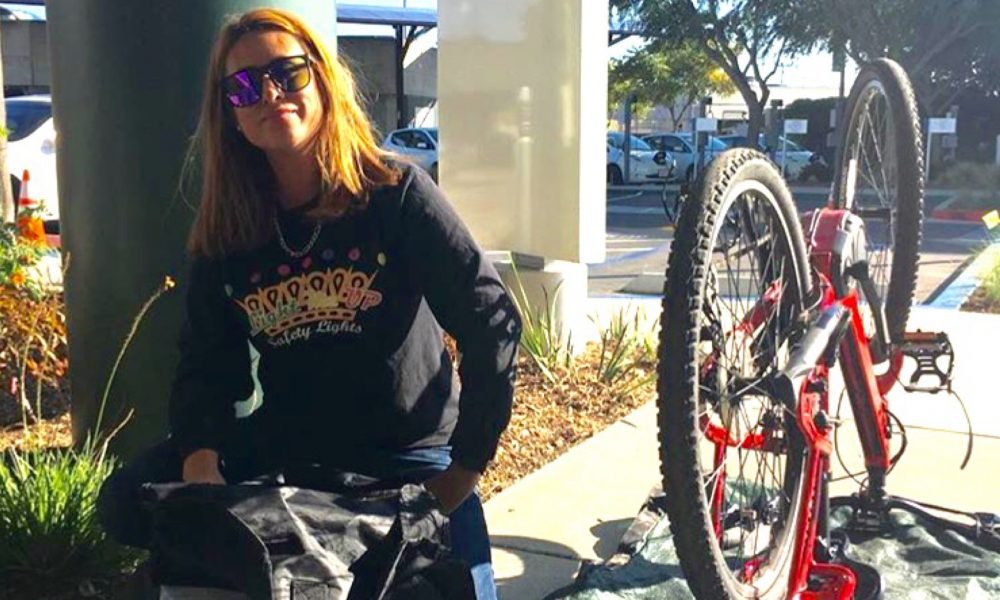 I have been a euntrapanuer since my teens Growing up poor with a single mom she taught us to be self sufficient in whatever we chose. In 2010 everything changed. I went on a camping trip to docweiler state beach in Los Angeles ca. As the evening came I was riding my bicycle in the dark when this kid flew by me with these glowing bike wheels that captivated me. I chased him down to see exactly what this was, he replied a guy named norm will be coming tonight who sells them & installs the lights. Read more>> 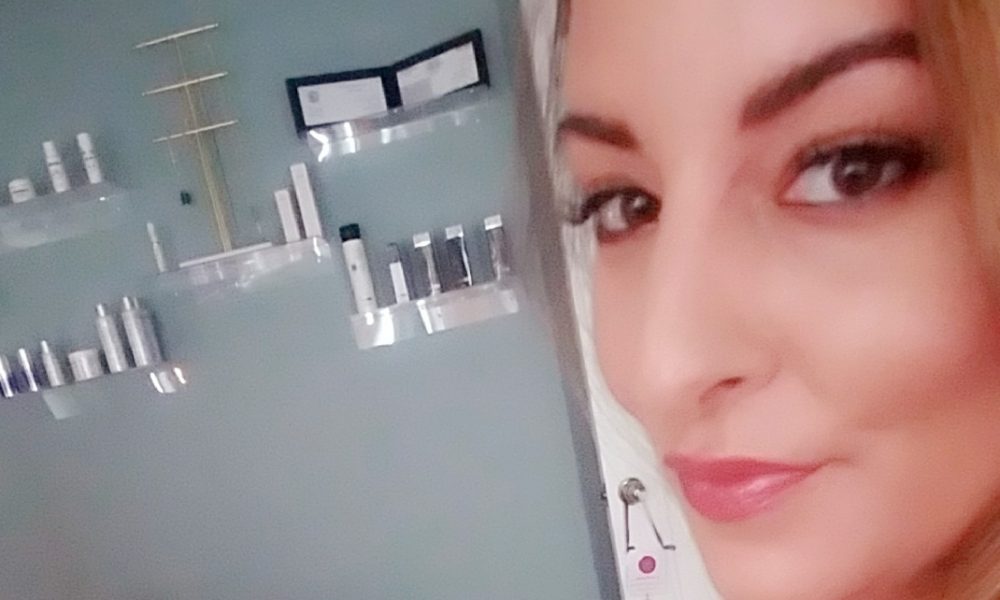 I was always intrigued with makeup and beauty, my older sister played a strong role in that. That transpired to eyebrows then eventually into skin care then turned into my main passion. It’s been a very bumpy road, but I’m so grateful for it now. It is very hard going out on your own, fear holds us back from a lot of things. Once you do go out on your own, no-one can really prepare you for the extreme ups and downs. Read more>> 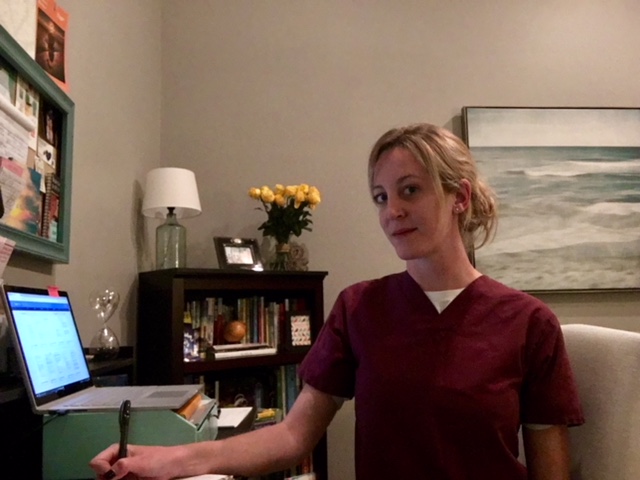 I have been an Oncology Nurse for over 11 years in both pediatric & adult care. After struggling for years with chronic illness, I found it increasingly difficult to meet the physical and emotional demands of bedside care, despite my undying love for the profession. I had worked so hard for my nursing degree and experience. I wanted to find a non-clinical nursing job that utilized my vast knowledge of healthcare and diverse experience. Read more>> 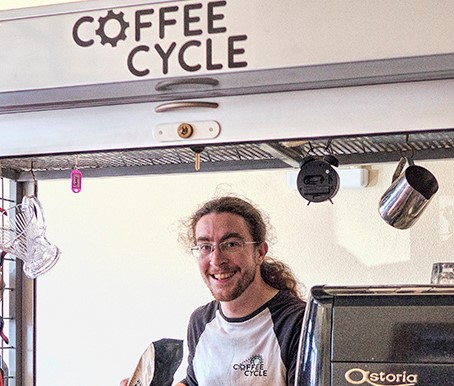 Coffee Cycle got started as a way to bring the best possible coffee to people, using a bicycle. After a lot of improvised engineering and a long custom home fabrication process, the City of San Diego permitted the Coffee Cycle to start making drinks for customers. Due to various logistics, Chris and his Coffee Cycle set up on a stretch of road no one would ever think as a likely location. But people saw it, were intrigued, and (after tasting some amazing coffee and tea drinks!) supported the business until it was able to move to a permanent spot in Pacific Beach. Read more>> 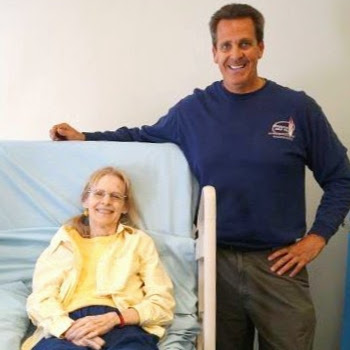 I started working online for a real estate website company (Homes.com) back in 1999 and was able to learn a lot of about websites and Internet marketing. later I started an Internet marketing company and focused on helping format real estate websites for lead capture via using tools to convert traffic into contact information and SEO work. Read more>>

As a Fitness Trainer, I found a few shortcomings that led to less than desirable outcomes. I noticed that we trained athletes different that we trained the gym goers. And this wasn’t due to any particular concept or ideology. It was due to the growing culture of the gyms. There was also an issue with sessions. Clients were really only working out with the trainer, and not on their own. This was, and is very common. Read more>>