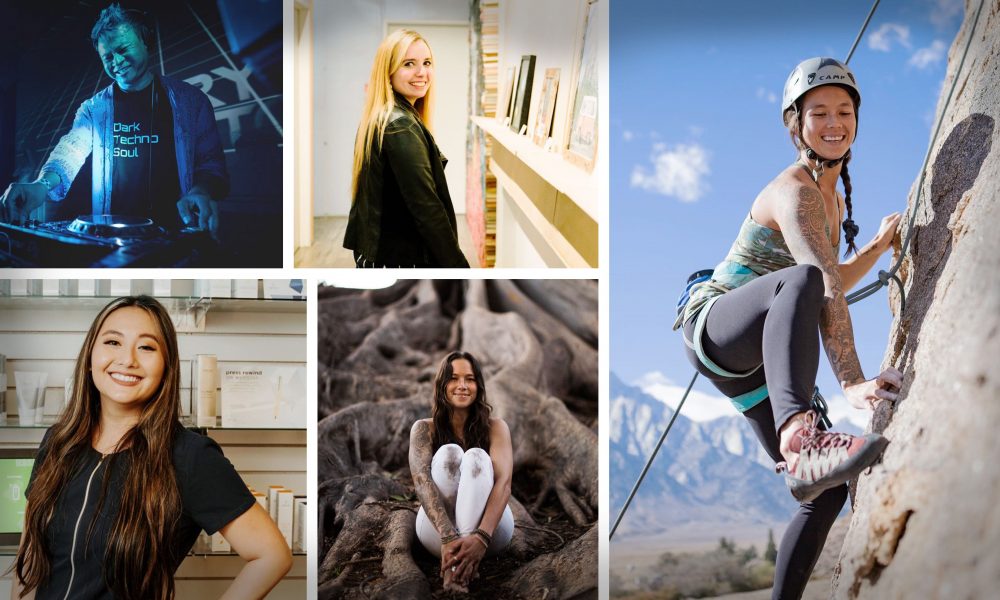 The heart of our mission at the SD Voyager is to find the amazing souls that breathe life into our city. In the recent weeks, we’ve had the privilege to connect with some of the San Diego’s finest artists, creatives, entrepreneurs and rabble rousers and we can’t begin to express how impressed we are with our city’s incredibly deep talent pool. Check out inspiring stories from Balboa Park & Hillcrest below. 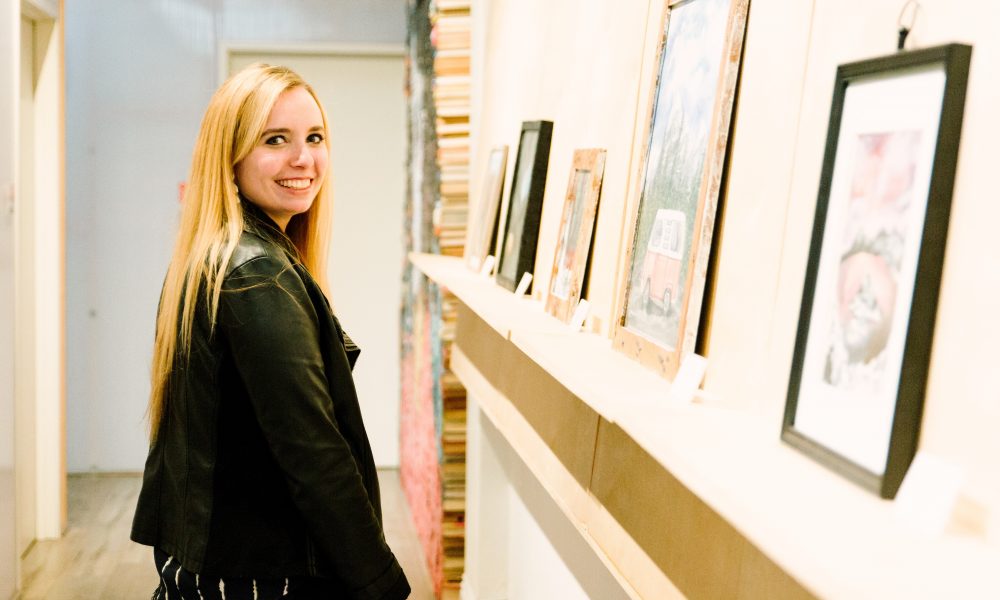 I’m a watercolor landscape artist based in Southern California. My artistic niche is in painting U.S. National Parks. My Dad would take my siblings and I on camping trips starting when I was just one year old all throughout my childhood so our Parks hold a nostalgic place in my heart. U.S. National Parks tell a story, are full of history, and have individual qualities that make them unique from their wildlife, native plants, and landmarks. I love visiting National Parks to get inspired artistically but also to share an experience with friends and family. I’m passionate about encouraging others to explore the outdoors through seeing my work and through teaching watercolor landscape workshops. In my spare time, you’ll find me hiking, camping, taking photos for more inspiration, watching a good movie, or cooking for friends and family. Read more>> 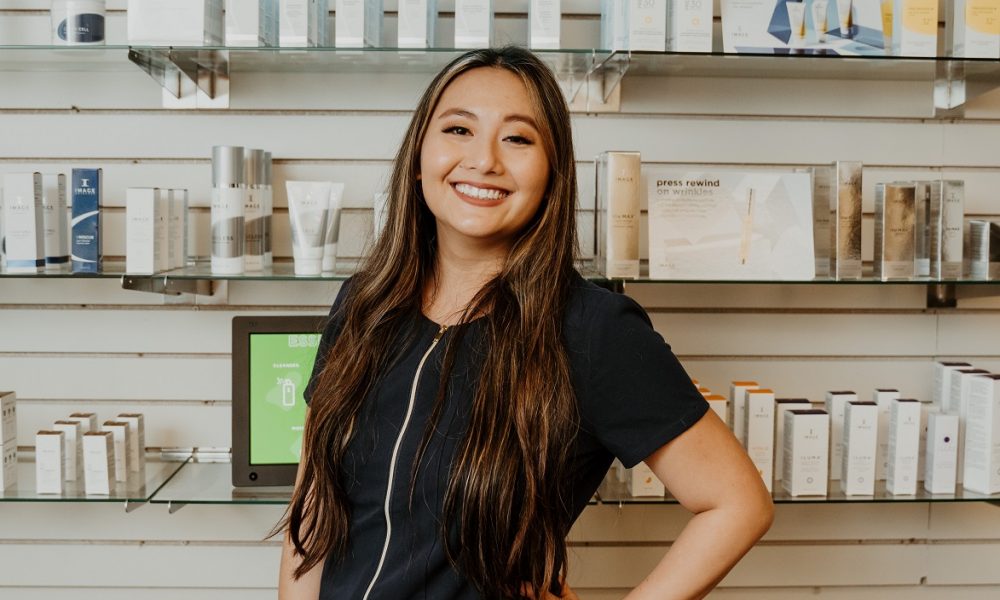 I attended school and became licensed as a Master Esthetician in Washington after the fast-paced and cutthroat environment of the tech industry left me yearning for something more rewarding. My husband is an active-duty Navy submariner and received orders to San Diego, forcing us to uproot our lives and start over in the sunshine state. 2020 was a difficult year, as our move occurring right as COVID-19 swept the country and made the entire endeavor very stressful. On top of that, my industry was particularly crippled by the pandemic and made finding work difficult. My husband and I would spend our nights dreaming of opening our own business as I worked odd jobs here and there in San Diego. We were still in the dream stages when a local business popped up for sale in a good location at a price we could afford. Instead of letting fear defeat us with inaction, we decided to take a huge leap of faith and go for it.  Read more>> 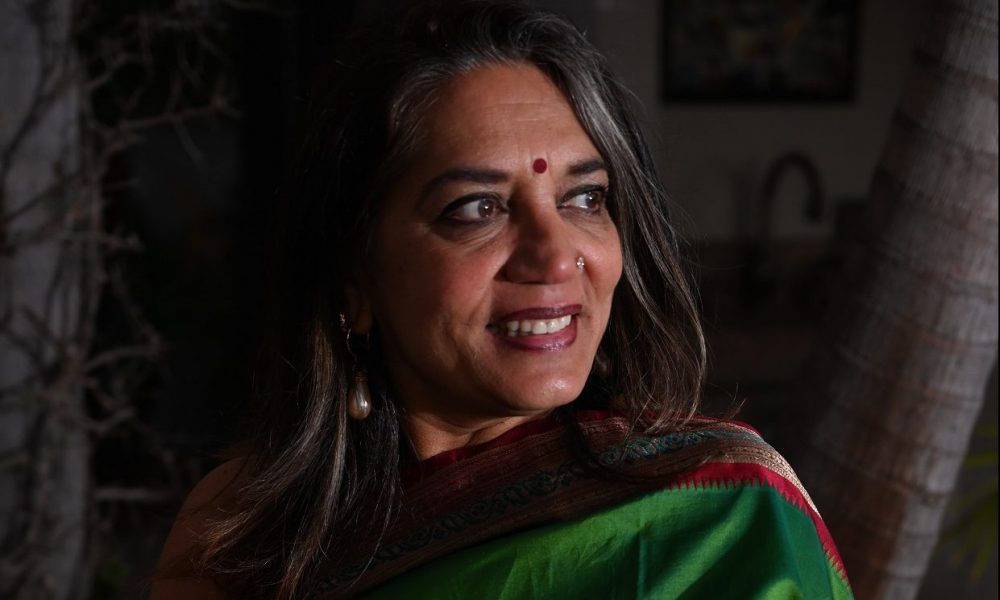 I have been a community volunteer and organizer since I was 19. Whether mobilizing youth to participate in events or leading a committee, I enjoy working with various nonprofits that needed help. When I moved to San Diego in 2014 I launched Ahaana (501c3) with the sole purpose of introducing Yoni ki Baat, a South Asian version of Eve Ensler’s Vagina Monologues. With support from my Yoni Sisters (as we call the performing alumni) the first show was staged at the Mingei Museum in Balboa Park in 2015. It was received very well in the community and our patronage has steadily grown and also diversified in audience demographic. Since then, Ahaana’s mission has grown into a local and global Community Service organization spreading Awareness & Acceptance of our culture. We have introduced various initiatives, to support women entrepreneurs and artists, cottage industry businesses through a free networking infrastructure. Ahaana a 501(c)3 non profit organization which is wholly operated by amazing volunteers and loyal community engagement. Read more>> 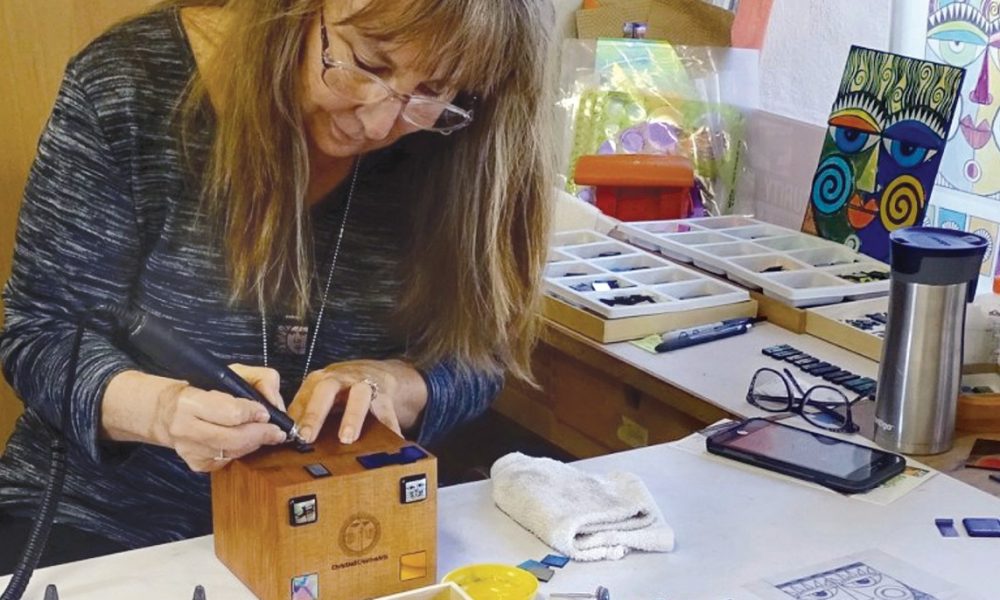 I have been in all forms of art since I was little. I was fortunate to have a family that was involved and embraced all types of art. My grandpa would draw and teach me for hours and hours when I could barely hold a pen (rarely a pencil). I did everything from pen and ink drawings to copper enameling, macrame, and ceramics. Although it was treated as a hobby growing up – never a career choice. Then I discovered advertising art in college and found a great way to an adventure that has spanned over 47 years in San Diego. I was a graphic designer way before computers – when all art was done by hand. For the past 22 plus years, I have worked with dichroic glass, specializing in hand etching graphics into the colorful surface and creating unique wall art. In addition, I create artwork for manufacturers of pattern glass and decals. Since 2009 I have been in Studio #9 in Spanish Village Art Center. You can find me there hand etching in glass. Read more>> 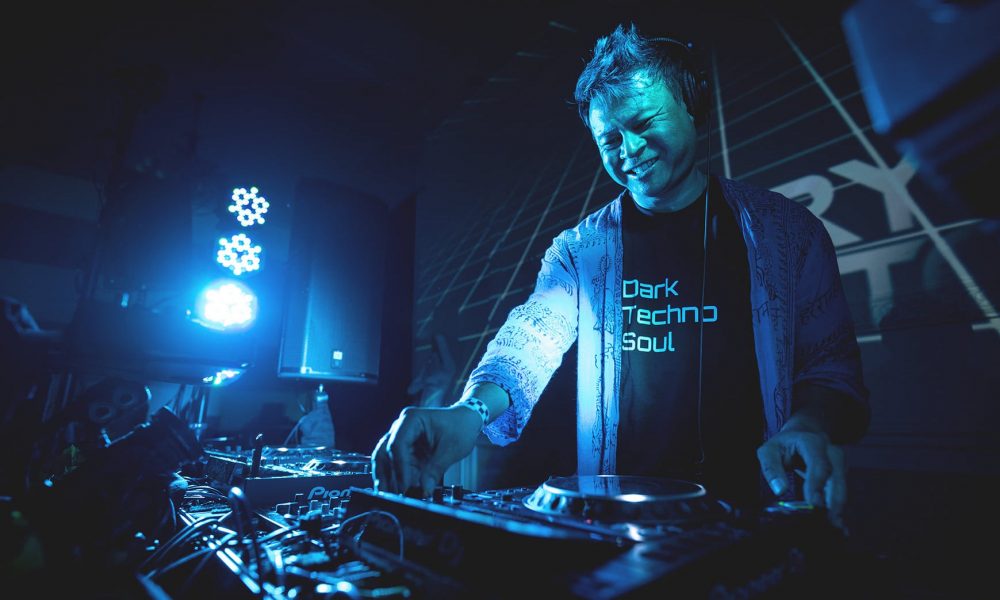 As much as I’ve always deeply loved music, I never had a real opportunity or the discipline to study or make music when I was younger like I do today. However, the thing I enjoyed most about my experiences with music when I was young was sharing it with my friends. A few kids in my neighborhood routinely came together in our backyards with our boom boxes to listen to the newest music. We were very competitive with each other, always trying to see who had the best taste in music and who could find the coolest music. Eventually, when dual cassette tape players became accessible (this is a clue as to how old I actually am), that’s when we started making mix tapes. We would then compete to see who could make the best mix tapes with the most smooth and creative transitions. I started doing this as early as 8 years old so now as an adult, being a DJ feels very natural to me. Read more>> 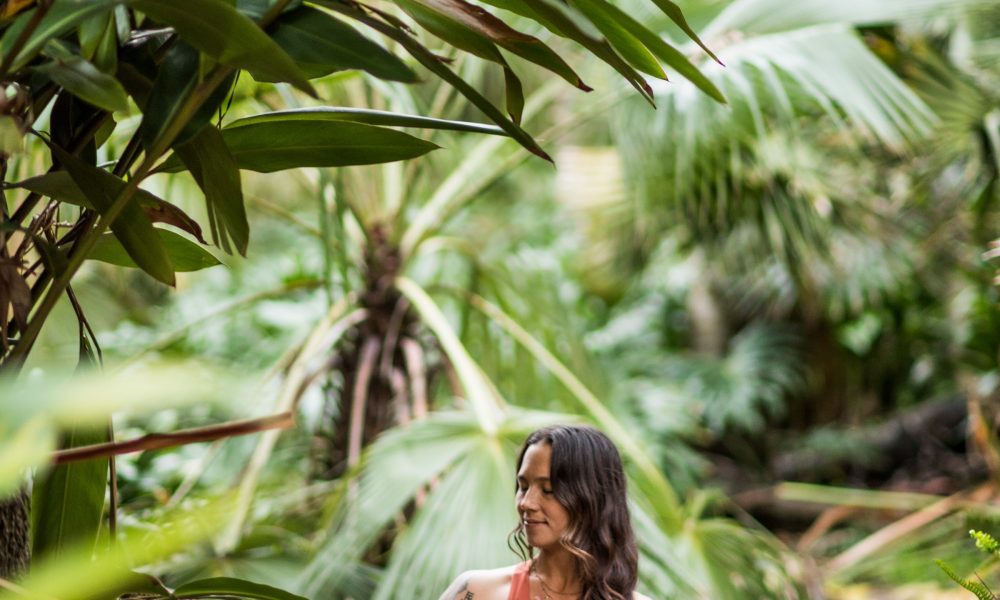 My yoga journey began back in college, I was a seventeen year old freshman at CSU Monterey Bay and was putting together my semesters schedule with an academic advisor. I needed to add an elective to my schedule and long story short, after browsing through the catalog which offered an incredibly wide range of activities and courses, I chose yoga. As an athlete, adding a course to my schedule that at the time I only viewed as a designated stretch time in the day, yoga seemed to be the best fit for me. Little did I know at the time, after taking my first class, my life would begin to change. That weekly yoga class at school supported me in developing a strong personal practice, which soon led me to seek classes outside of the school yoga class setting. What I began to discover is that not only did this practice offer me strength, freedom, peace and relaxation within my physical body, but the impact it had on my mind and overall well-being was something I had nothing ever experienced before in my life. Read more>> 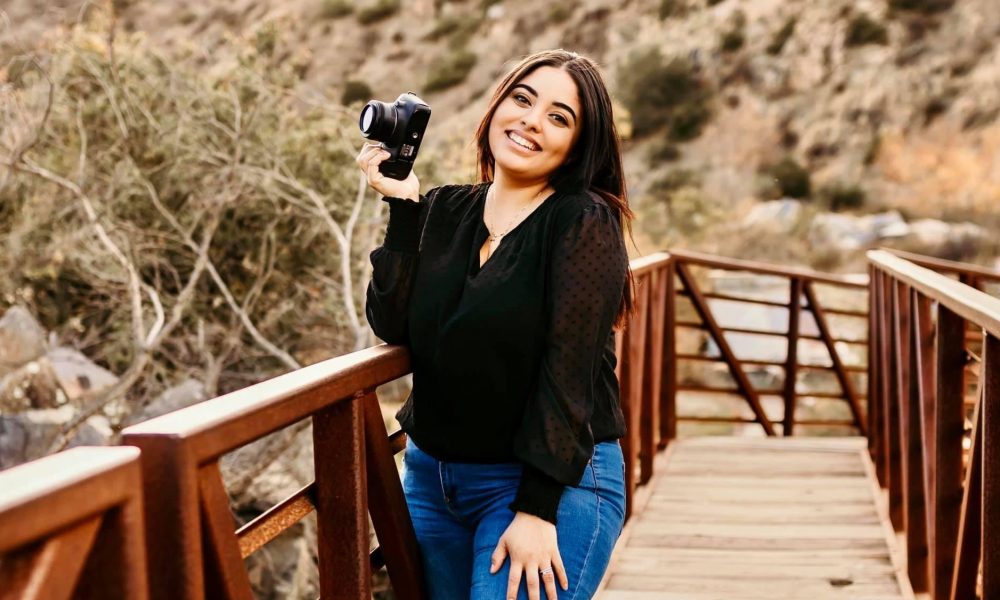 Ever since I was a little girl, I have always loved photography. As a kid, I was gifted little point and shoot cameras and again as a teenager. I would take pictures of anything and anyone I could all day long. I became a young mama and after having my girls I decided it was time to follow through with my passion. I wanted to be a good example to my daughters and show them that I could be their mama and still follow my dreams. I purchased a DSLR camera and learned everything I could. I would watch videos for hours trying to learn and spent a really long time practicing. I eventually offered model calls for family and friends. My husband would drive me to every shoot even if it was hours away just so I could get the experience I needed. Read more>> 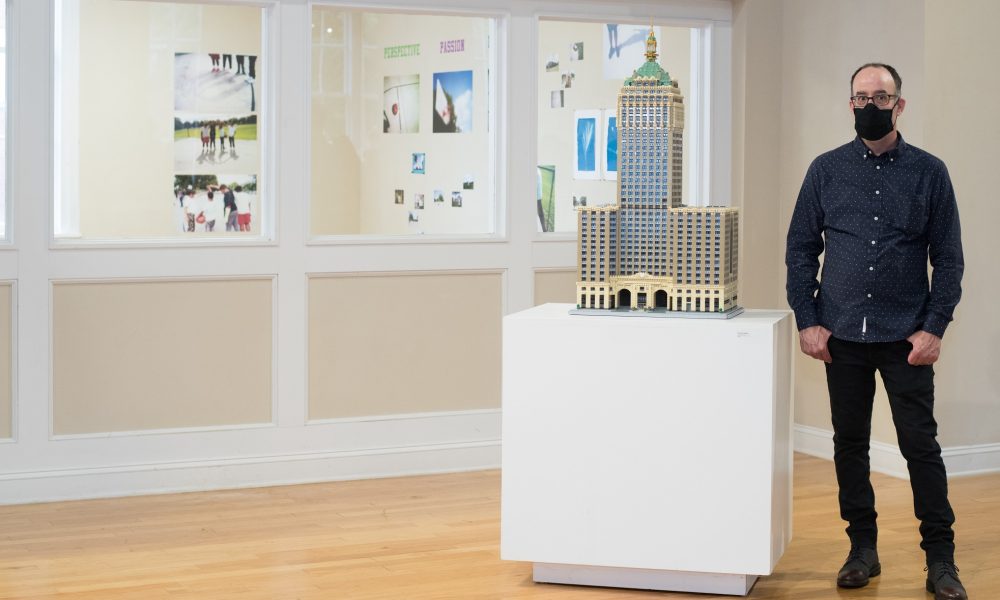 I am a full time artist and a published author. I work within the art medium of LEGO bricks. My story is not unlike many others; I had a full time career that I found fulfilling but I also had a need to be creative on my own. After a number of years of pursuing a side gig as a musician, I started creating art with LEGO bricks. My art career had grown to the point that I felt I wanted to pursue it at a higher level. This came shortly after a time where I changed jobs within my career and ended up working for a company that was less fulfilling and not the right fit for me. The decision to break free from that company was easy and doing so provided me with the full time bandwidth to pursue my art at a much higher level. This is where I am today: leading a creative lifestyle, exhibiting my works across the country, creating custom works as a commissioned artist and attending conventions and conferences as an artist in residence as well as leading creative classes and sessions for corporate events. Read more>> 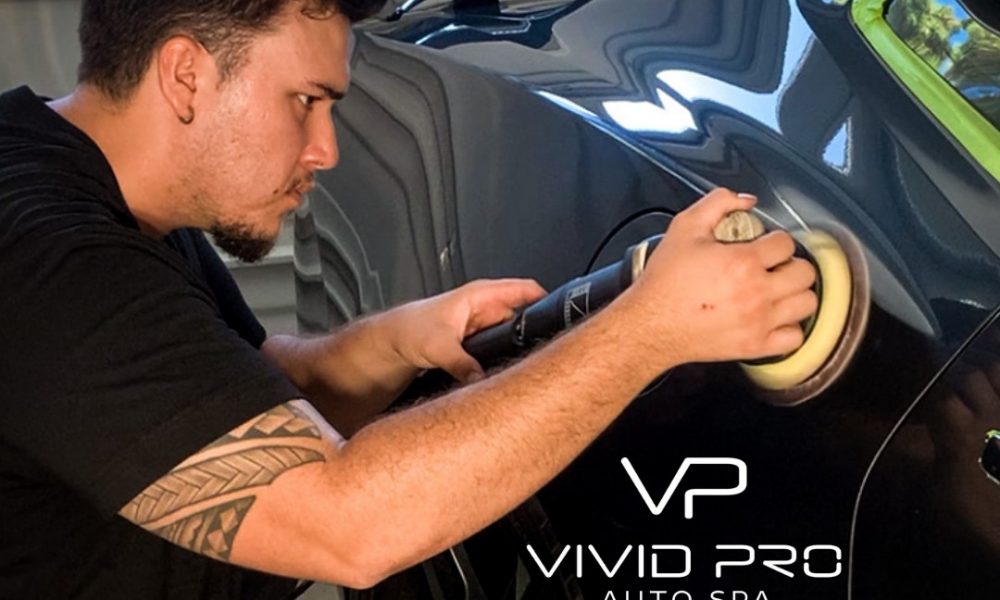 I wanted to play sports for the rest of my life. Starting at the age of 4 years old, I played football and baseball. Along the way, I gave basketball a try and also wrestling for a few years. I originally wanted to play in the NFL, but that quickly got denied in 8th grade after I “broke my back,” so to speak. Combine being overweight, and playing D-Line for 8 years and apparently, that’s a perfect equation for what’s scientifically known as “Retrospondylolysthesis.” A long word for my 5th lumber shifting forward in my spine. I collapsed one day at practice and I thought my sporting career was over. Luckily I was good at baseball and obviously, that doesn’t involve me having to tackle someone or put my spine at risk. I continued to play baseball up until college ball, where that career was also ended with injuries. After high school, I knew I had to lose some weight, and be in tip-top shape to have a chance to succeed in college ball, so I began running… a lot. I would run up to 10 miles a day nearly everyday, and then I’d finish with 20 sprints to really maximize my efforts. Read more>> 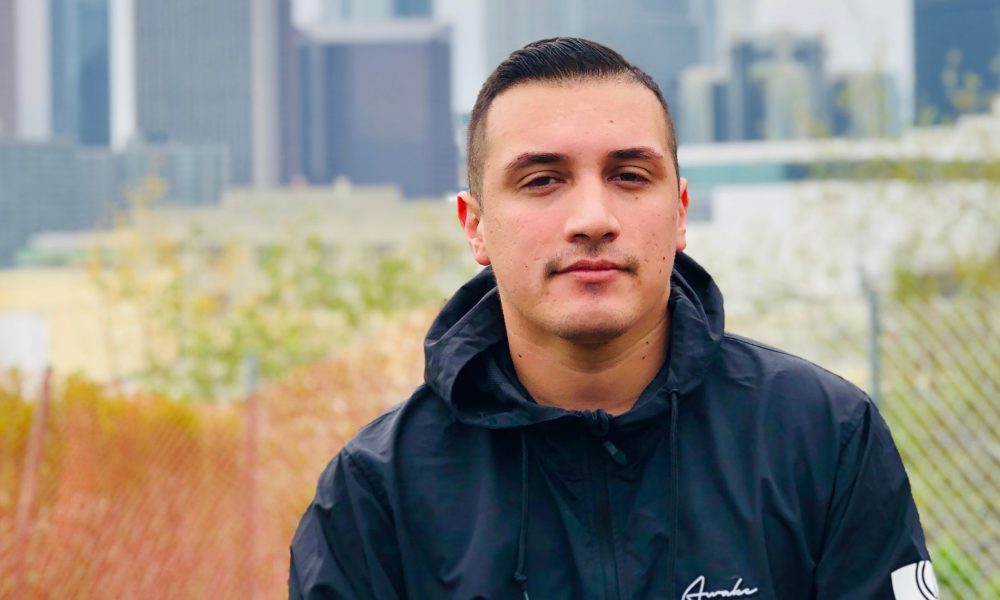 I started out doing photography after a pretty bad divorce. I was finically crippled and was homeless for about 8 months. I started looking at free things to do in my spare time and when I would have my kids. I found out Mobile Photography was a thing so I started on my iPhone. Then the inquires started pouring in. Finally, after getting on my feet and moving in with my cousin Morrel, I invested 1400 in a camera. 2 months later, it paid its self off and I sold it. Then took out another loan for 5000 and upgraded to a pro camera and now I’m here. Read more>>