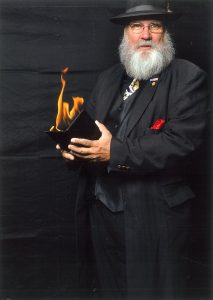 Today we’d like to introduce you to Magic Mike Stilwell.

Alright, so thank you so much for sharing your story and insight with our readers. To kick things off, can you tell us a bit about how you got started?
Pop took the family on summer vacations; we were living in Philadelphia; one year, Pop drove all six of us in the VW Bus to The Worlds Fair in New York City, This was 1964; I was 11 years old. There I saw my first Magician. Mr. Magic, a traveling magician that worked the east coast doing fairs, shopping centers, schools and private events. My Dad got me backstage to meet the man of mystery. He taught me a rubberband trick and gave me a list of books I should read if I ever wanted to learn magic! By the way, I’ve been teaching that very same trick to new students of magic for over 45 years! Pop told Mr. Magic if ever he’s performing in Annapolis, where we were moving to in a few months, to call us as I’m sure we would like to come see his show.

A few years had gone by; at the age of 13, I was a budding amateur magician. Mr. Magic was performing at a nearby shopping center and as promised called my Dad to let him know he was in town, coincidentally it was on the same week as my 14th birthday, so as a surprise Dad hired Mr. Magic to do my Birthday party, and he even let me help him set up his show! But even though I helped him set up his show, I had no idea how he did some of the things he did; again, I was amazed by Mr. Magic! Unbeknownst to me, Mr. Magic gave my Dad a formal tuxedo tailcoat with satin lapels and a ruffled redlining and told my Dad that if I was still into the magic by my 16th birthday to give me the jacket as a gift, if not he would arrange to get the jacket back. We never saw Mr. Magic again.

On my 16th birthday, my dad asked if I remembered Mr. Magic, and he explained about the jacket as he pulled it out of a suit bag that he had kept in his closet for the last two years. I tried it on and of course to everyone’s surprise, especially me, it fit perfectly! I took the jacket to my room, I layed it on the bed and was dreaming of how I would look in this beautiful jacket performing as Mr. Magic did in his younger years… I was rubbing my hand on the red ruffled pleats when my hand disappeared into a secret pocket! My hand went down, down down into one of the tails, at the bottom was a business card! It was Mr. Magic’s business card… and on the back, it said, “Mike, Welcome to the world of Magic!” By my 16th birthday, I was doing about 40-50 kids’ birthday parties and was having a great time.

Can you talk to us a bit about the challenges and lessons you’ve learned along the way. Looking back would you say it’s been easy or smooth in retrospect?
I went in the Navy right after High School, where I spent every chance I had doing all sorts of show for all sorts of different situations and cultures. I quickly found out Magic is a universal language! The Navy likes when you have a hidden talent as its goodwill to have an entertainer in your squadron that will come entertain at schools, orphanages and hospitals all for free! I did some paid performances as well for some private parties on my time off. I was in the Navy for 7 1/2 years. I learned a lot about performing. I was used to using rabbits and doves when I was in the states for my magic shows, but overseas I did not have that luxury, I tried using baby chicks, chickens, ducks and even a cat, but failed miserably’… one time, I made five baby chicks disappear! A few minutes into the next trick, the audience started laughing, but I had no idea why till I looked down… the baby chicks were leaving the stage… lucky for me, my audience thought it was part of the routine. For the most part, I have had a smooth road with lots of lessons, like forgetting my dress shoes and having to go to a shine station and have the guy put black polish over my brown loafers, or leaving the house, getting halfway there and not have the address, or forgetting to actually put a rabbit in the hat…

Also, when I got out of the Navy, I had a tough time selling myself to agents and party planners as I had no name… no reputation. Lucky for me, some of them took a chance on me… and in 1980, I decided to become a full-time professional magician. I told my Girlfriend Donna, I’m going to give myself two years; if it doesn’t work, I’ll get a real job!

Thanks for sharing that. So, maybe next you can tell us a bit more about your work?
In the ’80s, not only was I doing magic in a typical magician’s attire, going by the name of Magic Mike, I created a 7′ tall Magical rabbit by the name of Bumper The Baffling Bunny! The only costume character so far to become a member of Hollywood’s Famous Magic Castle. I did my magic dressed in a tuxedo, big rabbit head, limited vision, big fluffy feet and what made me stand out the most is I did all my sleight of hand in gloves! This character put me on the map, and at my audition at The Magic Castle, was the entertainment chairperson for a national Magic Convention that I was hired to perform at that summer. Bumper took off! I was at Seaport Village, I did large other shopping centers, like Old Town, University town center, and College grove had me on their marquis one year for a huge Halloween promotion “Meet Bumper The Magical rabbit!”

I was working at two restaurants a week for years as Bumper and two restaurants a week as Magic Mike, I did commercials, radio and T.V. appearances, and lots of kids’ parties. So when a client called, I could sell them Magic Mike or Bumper. I was even the official spokes rabbit with Don Diego at The Del Mar Fair for a summer and I worked the Child Abuse booth as well. Learning to do my magic in gloves took me a solid year of starting from scratch, it was very difficult and even my mentors didn’t think I would pull it off, but soon my reputation spread like wildfire. Later I created a stage show using a magician and a beautiful assistant, Mrs. Bumper Bunny (My wife).

Can you talk to us a bit about happiness and what makes you happy?
Performing. Bringing joy to children. Being invited to history-making events, like weddings, Bar/Bat Mitzvahs, 80th birthdays. Teaching kids magic with disabilities brings me great satisfaction. Teaching magic to anyone that wants to share this love I have. It always fun to learn a trick! I teach the kids and adults when I do kids’ birthday parties. I bring lots of rubber bands! 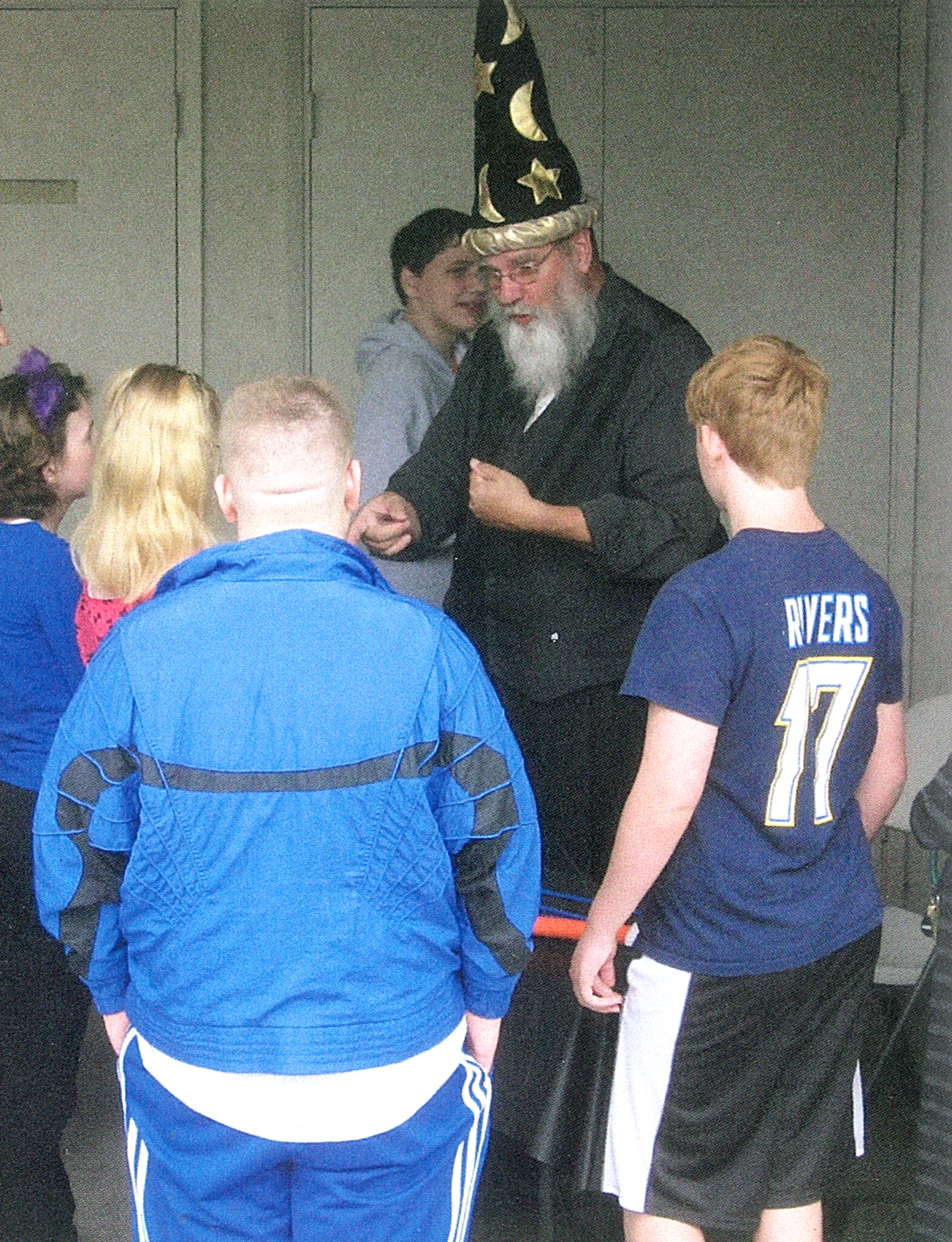 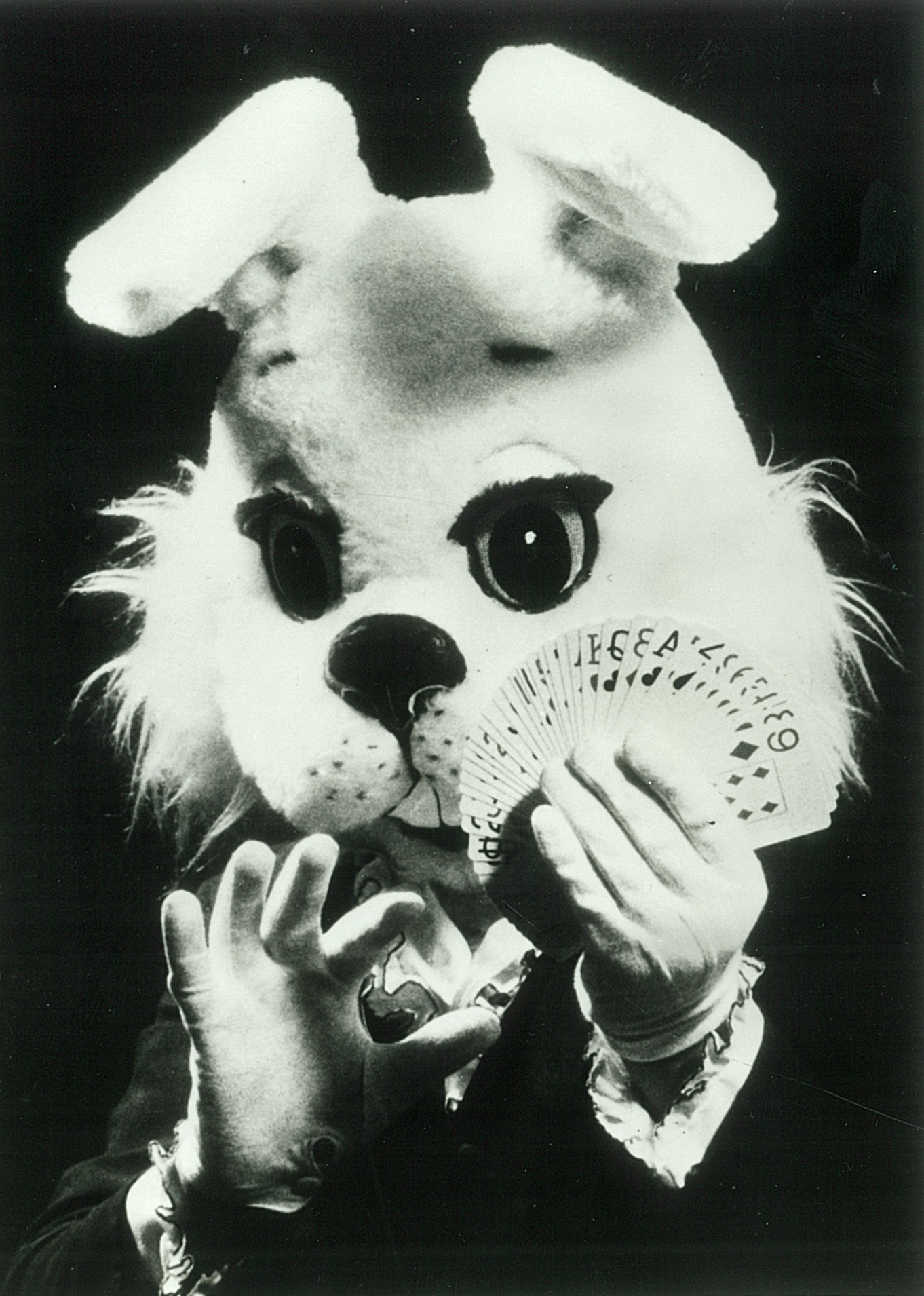 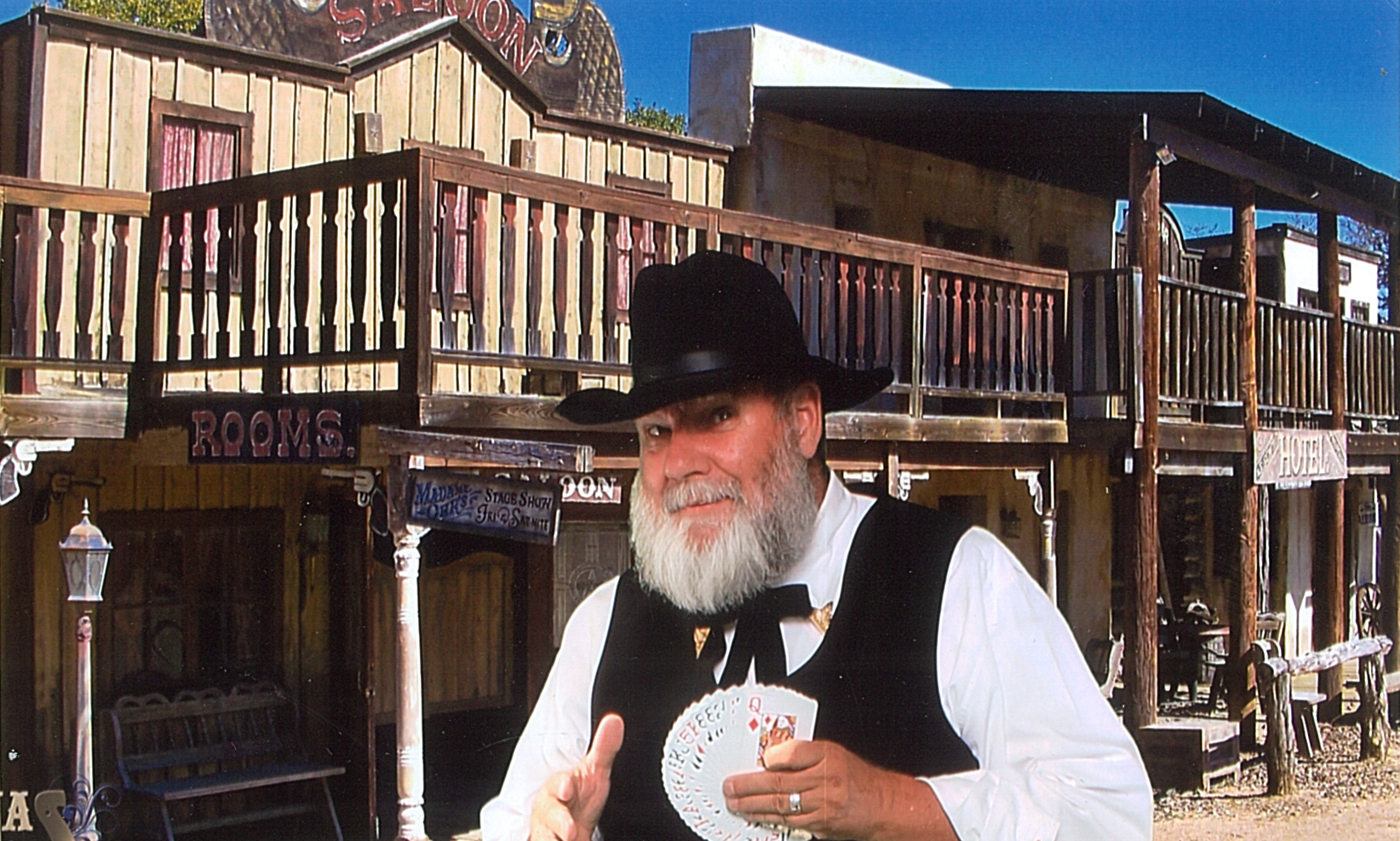 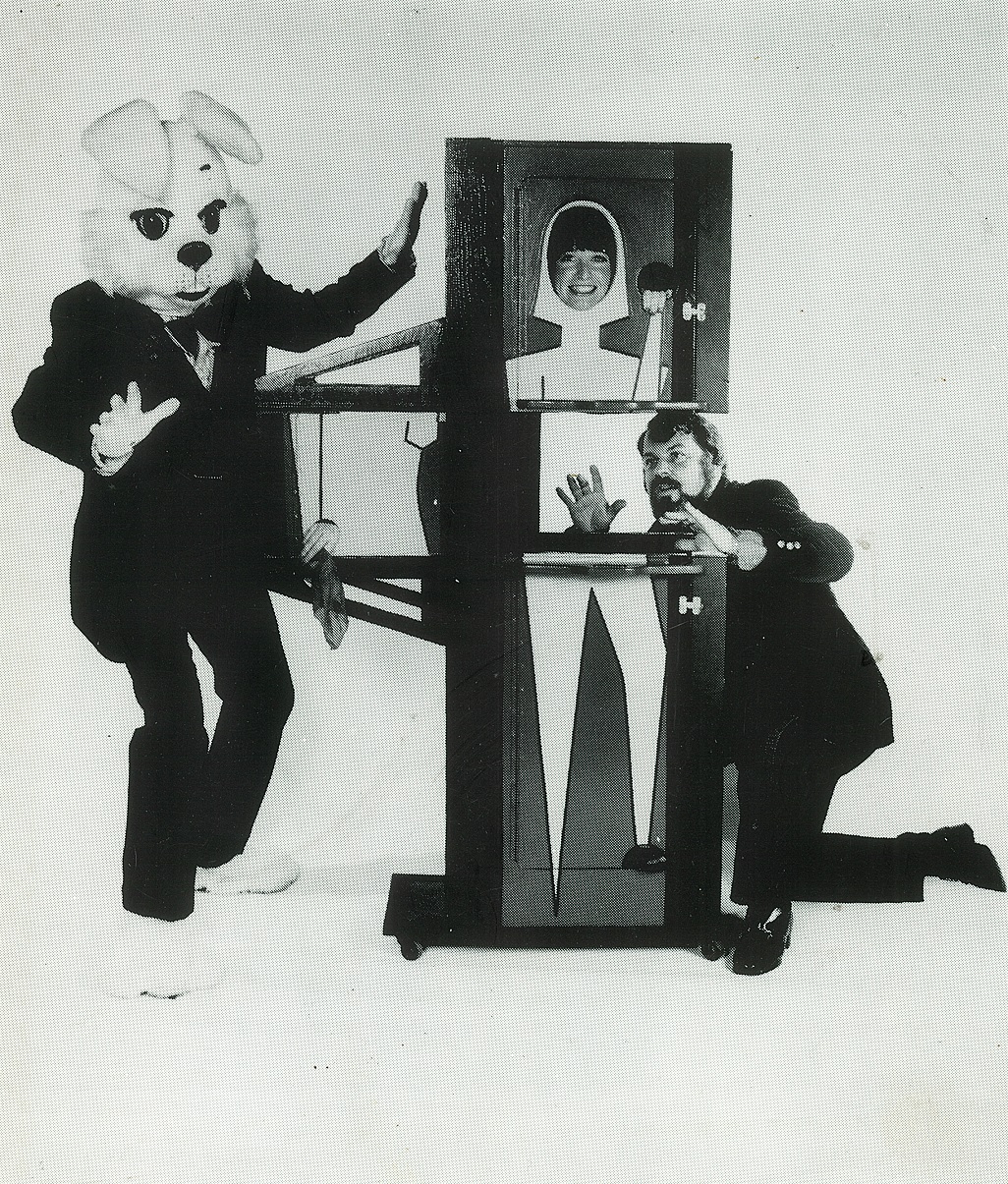