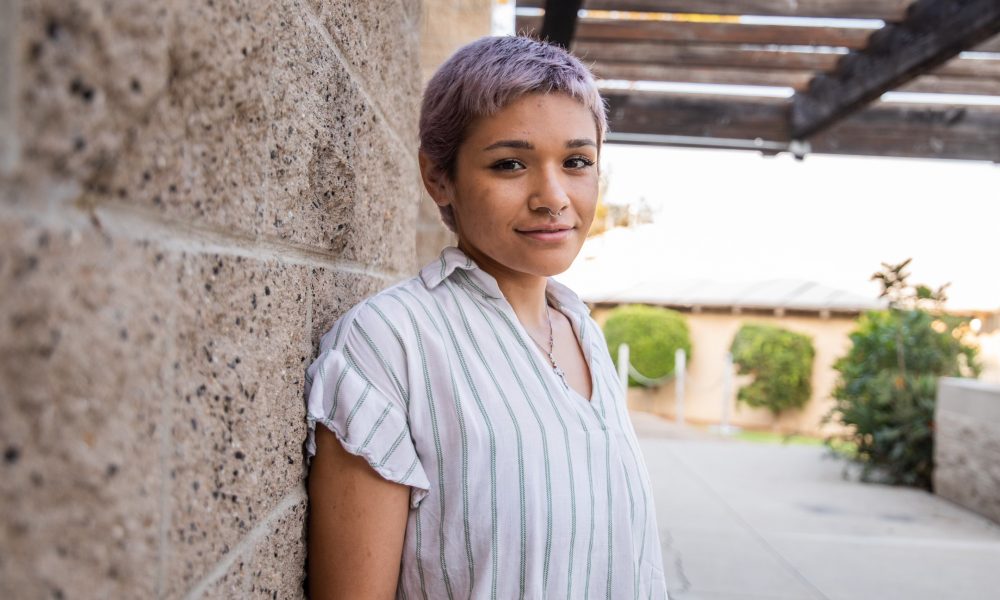 Today we’d like to introduce you to Mialissa Flores.

We all face challenges, but looking back would you describe it as a relatively smooth road?
It hasn’t exactly been easy sailing, quite the opposite actually. I think in the end I was my own worst enemy, I got in my own way… by not loving myself and by not believing in myself. I was the toxic person in a relationship that lasted longer than it should’ve… I was hurting him and when he decided He’d had enough I was upset because I would blame him for everything, all of our problems were his fault, he was the bad guy in my book… but in reality, he wasn’t. I was trying to forget the past, trying to avoid facing it, and I would’ve done anything to distract myself from it even if that meant hurting my loved ones in the process and my excuse was I’d gone through something really bad when I was 17 and was still dealing with it when I was 18. I was alone, after that happened, I always felt very isolated no matter how many people I had around me, no matter who loved me or cared about me… “the bad thing” was too much for me to handle… I wouldn’t think about it or talk about, so I couldn’t cope with it. As always, I did the only thing I knew how to do; I ran. Ran away from my problems, from pain, ran from myself, and from healing… but worst of all while I was avoiding myself, I was also avoiding those who loved and cared for me. The last three years of my life was one big struggle and I’d have to write you a book if I was to explain each specific one but it really all comes down to me being my own worst enemy. I obviously didn’t know back then what I know now but if I could tell my 18-year-old self anything, I would tell her she needs to heal before she can do anything, she needs to forgive herself and those who hurt her so she can move on… so, she can heal and begin to love herself because really most of the struggles I experienced were a result of not letting myself heal from past trauma. Being homeless was probably the hardest thing of all the things Id experienced because the choice when Id kind of originally made the decision wasn’t made with the idea in mind that I might change my mind in the future so when I did it was harder than I’d ever imagined it would be. I was worried about staying safe at night, where I could shower and where could I eat etc. the last thing on my mind was a job or getting my life together. I never had time to think about what I might want to do with my future or how I could go about that. It really does become a matter of survival you don’t get the luxury of daydreaming about who you want to become and how you plan to be a part of society. Although my choices ended up landing me homeless that wasn’t exactly a part of the plan and digging yourself out of that kind of situation is very difficult, especially with a society like ours and neighbors like mine. My entire journey has been drenched in shame and embarrassment because of the negative stigma that comes with the label “homeless” but that’s okay I’m working on being proud of everything that most people might expect me to feel ashamed of.

Can you tell our readers more about what you do and what you think sets you apart from others?
I always get too excited when it comes to talking about CYC so I’ll do my best not to write an entire book… CYC (California Youth Connection) is a YOUTH-led, state-wide, nonprofit, advocacy group. CYC has established a unique model of youth empowerment through sophisticated policy advocacy. Hundreds of current and former foster youth are organized into chapters throughout California. We have three annual youth-led conferences and a robust training program, in which CYC members develop essential skills and members get to engage directly with policymakers. CYC has so far paid for me to go to Anaheim for a weekend training. Paid for me to travel to LA to speak at a rally, they flew and paid for a couple of days in Sacramento County for what we call “Shadow Day” where any CYC member (you don’t have to be on a committee) gets the opportunity to shadow a legislature for the day. I am a commissioner (Members Executive Commission) and I am a member of the Policy and Legislative Committee. In 1992, the first piece of CYC-sponsored legislation passed and was signed into law, making the process of obtaining a driver’s license more equitable for foster youth by allowing social workers or probation officers (in addition to parents and guardians) to sign their driver license applications.

Since then, CYC has created and refined a sophisticated system of youth-led policy development, securing passage of dozens of additional laws and helped implement countless local and statewide child welfare policies (like AB12 or extended foster care).

One of our legislative priorities for this year is Assembly Bill 2417, Authored by Assembly Member Phil Ting, and it is probably what I’m known for at CYC.I have been the lead witness for this bill on many occasions giving my personal testimony about my experiences in juvenile hall and why passing this bill is so important… Although the bill hasn’t been passed yet the Los Angeles County Board of Supervisors set a motion to support and start implementing AB 2417, as well as the San Francisco Board of Supervisors set a vote to support the bill… and I am hoping to get our board of Supervisors to do the same thing… but honestly, I wanted to say that I wouldn’t necessarily say I stand out or that anything sets me apart, I think one of My favorite things about CYC is that we all know we couldn’t do what we do without each other. We all play an equally important part… I think the difference between me and most of the other youth at CYC is that I see myself working for CYC for the rest of my life. I can’t think of anything that I want more than to spend the rest of my life working to expand CYC, CYC saved and changed my life, and now that I know this is possible, I want to do everything in my power to share that with anybody who’s looking for it.

I am also the San Diego Chapter Chair which I am trying to regrow since the last time CYC had a chapter in SD was in 2018! Each chapter and what they do differs by county and since we’ve just restarted, we don’t have anything we’re currently doing within our community, other than trying to recruit current/former foster youth to become a member. I can’t think of any one thing I’m most proud of… Including this one this would be my third magazine article I’ve been in; I’ve grown and learned so much it absolutely crazy to me… I’ve been in many meetings with senators and assembly members and as cool and scary as that felt I’ve realized they’re just people too and I think normally I’d say stuff like that is what makes me most proud but I really feel most proud when I hear what a difference, I’ve made in other people’s lives. Whether it be by inspiring or giving courage etc. as long as I’ve changed just one life through what I do then that’s all that matters…

If you had to, what characteristic of yours would you give the most credit to?
Having Integrity. All the time and without shame. Be true to who you are and what you had to go through to become that person because no matter how bad it was, it shaped who you are today. I’ve done some things that aren’t exactly things to be proud of, and I’ve gone through things that I didn’t want anybody to know but I am proud of who I’ve become in spite of everything the world has tried to throw at me. And because of that, because I know I do right by everybody, because I am a good person now because I am honest with myself and with others, I’ll never lose a wink of sleep over things I cannot change… like past decisions or traumatic events. Those things no longer have power in my life and now I can be honest with myself and the world about them because I know that’s it’s all led up to who I am now. 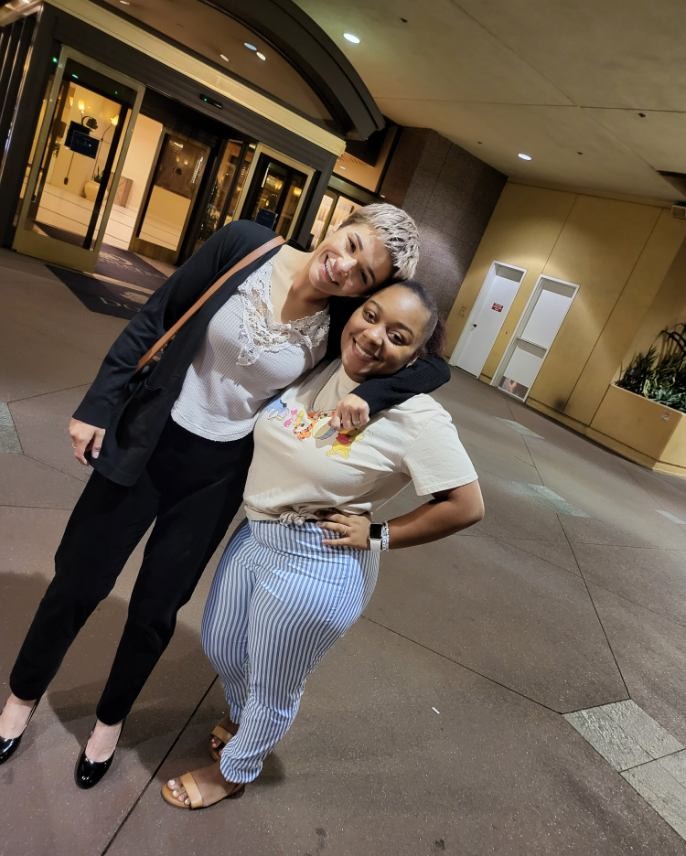 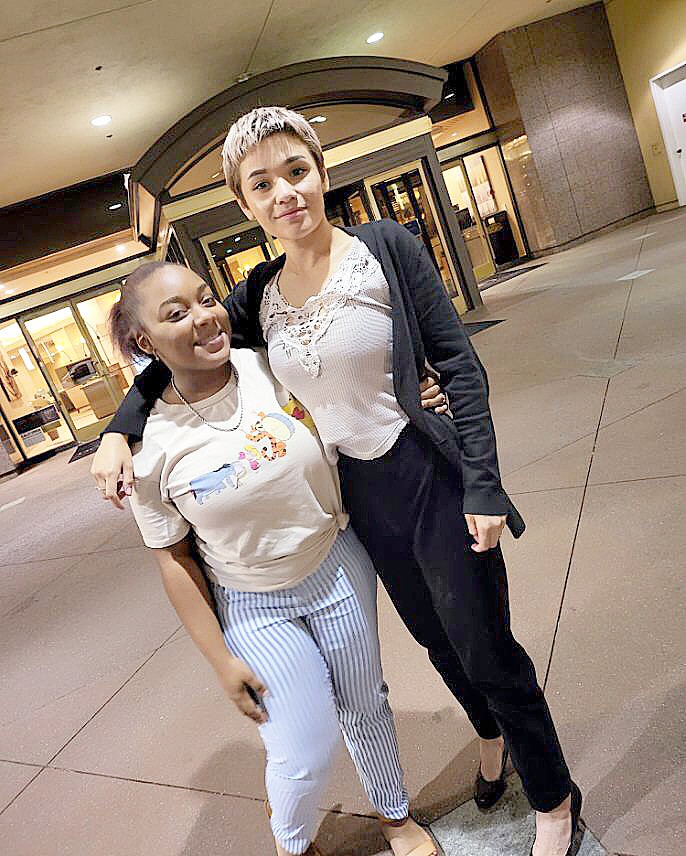 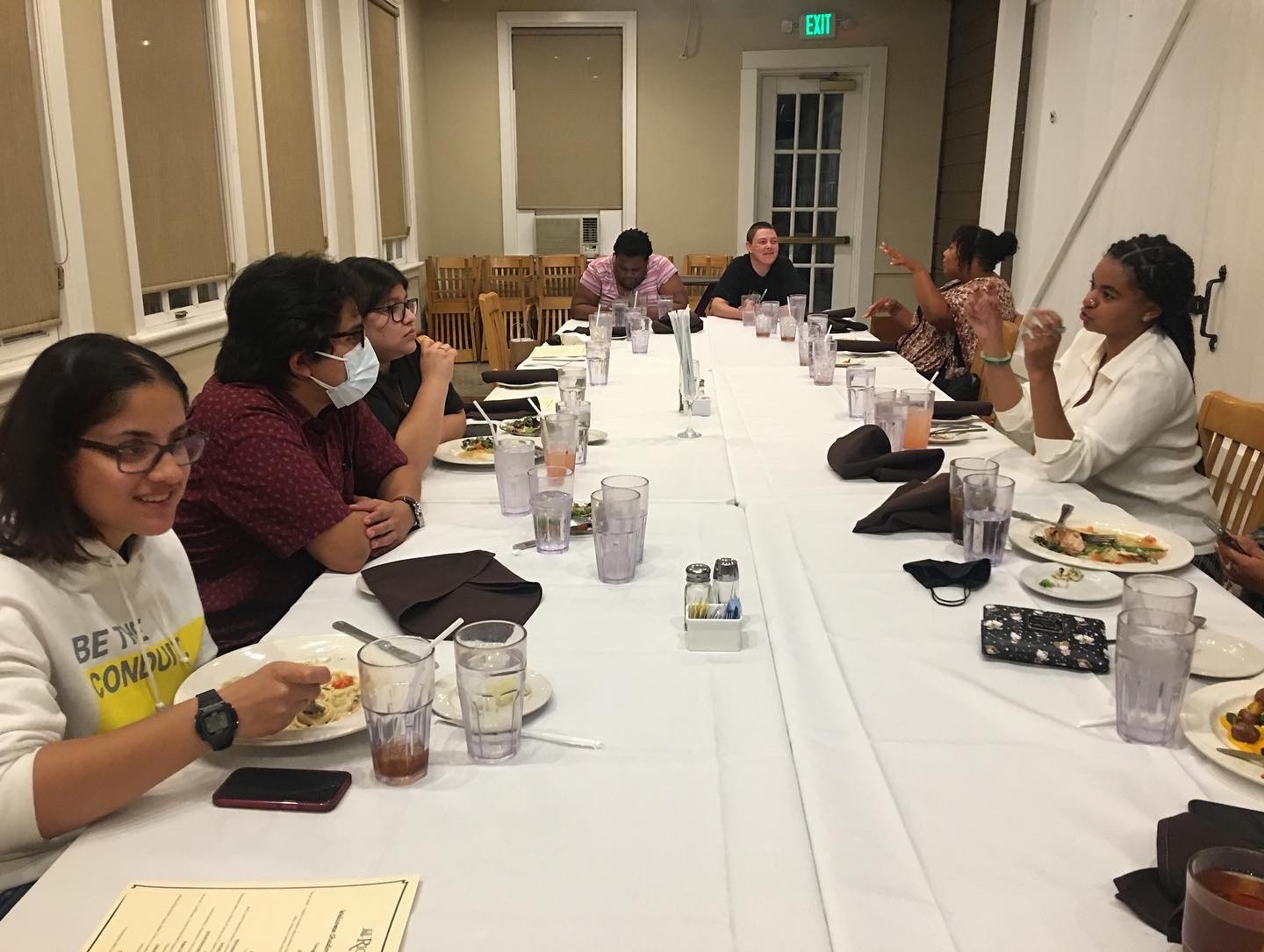 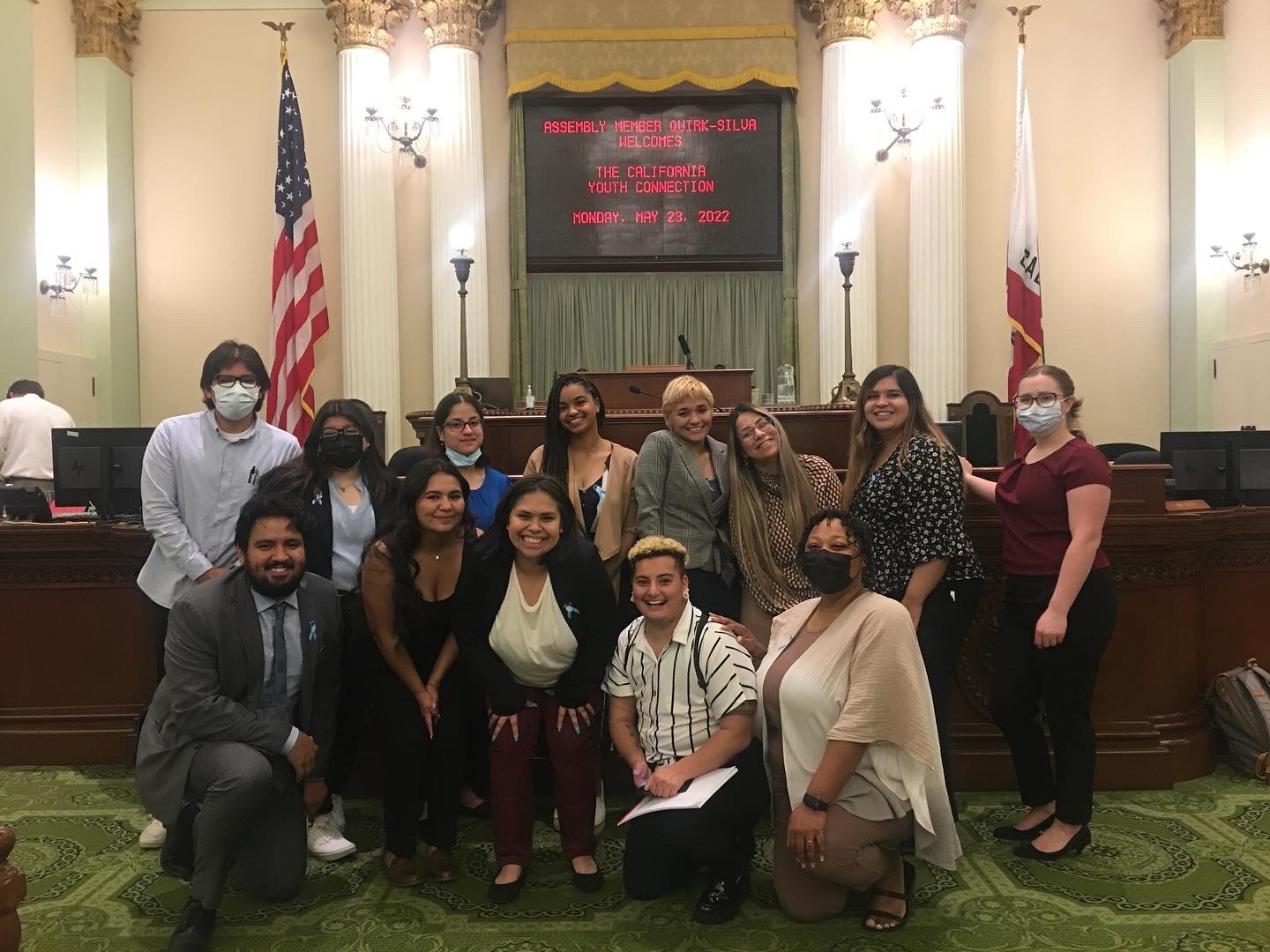 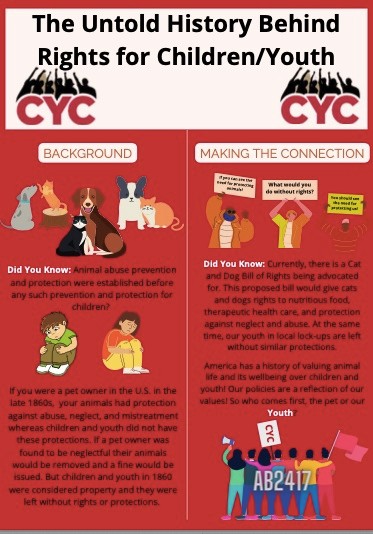 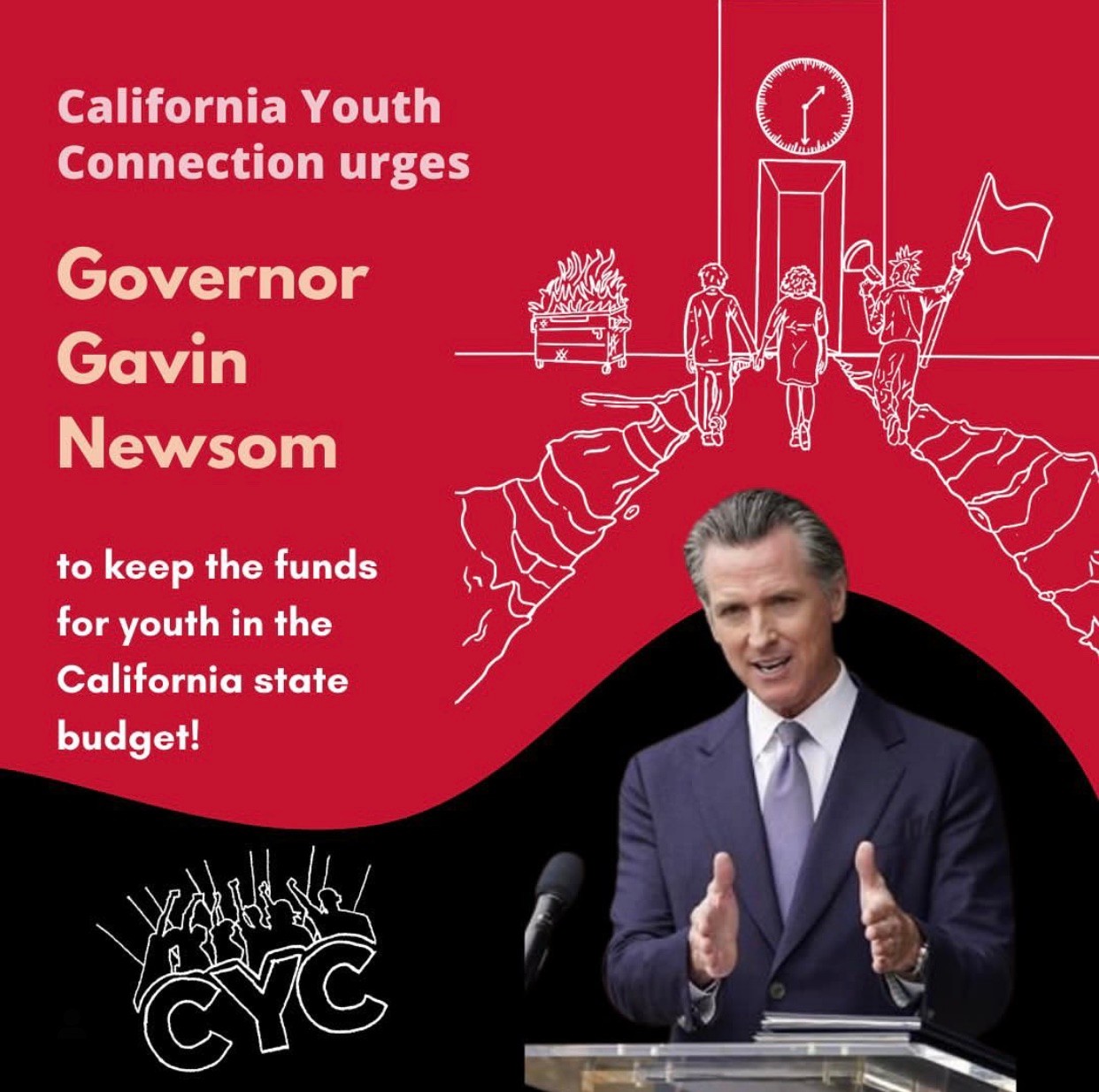