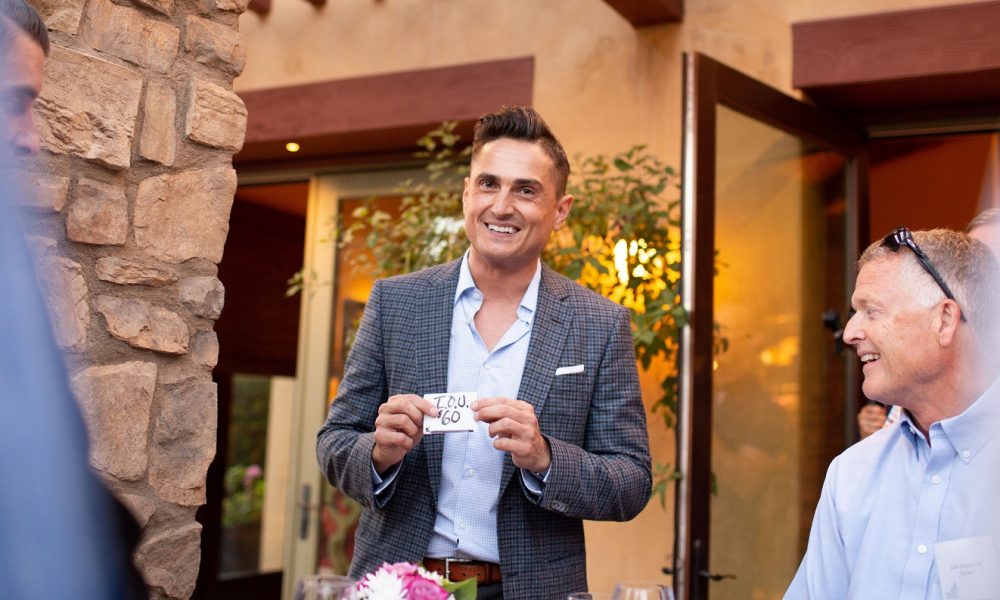 Today we’d like to introduce you to Nick Ivory.

Hi Nick, so excited to have you with us today. What can you tell us about your story?
My conjuring began at a quaint little magic shop nestled in the heart of my home town—Elmhurst Illinois, a west suburb of Chicago— I’ve always been fascinated with the unknown, and it all started at the age of 10 when I discovered this magic shop, and for the first time I felt a profound awe and mystery. Everything logical had been shattered with one fell swoop. The shop keep had brought me into a completely different dimension of the world; a world that breaks the conventional laws of reality; a world where nothing is impossible; a world of Magic.

From that day on, I had developed an insatiable passion for the art of magic. Every day after school I’d feverishly pedal my way to that shop of wonders as I examined and learned about all of the shops trinkets and treasures it had to offer, all while absorbing an endless array of knowledge from the shop’s gigantic library of magic.

In my teens, I started working at that very same magic shop that had first captured my attention as a young boy. Here, professionals would come in to stock up on props, gadgets and utility devices, and I was always eager to look and listen as they would chat about their performances and how their shows went. The professionals would graciously lend their attention and wisdom to a young magician in the making. I studied diligently, learning the crafts of many psychological subtleties from a plethora of brilliant minds.

At the age of 16, I began performing at local restaurants and parties, and as I grew as a performer, I moved into the hottest lounges and nightclubs, drawing crowds into sheer amazement. At age 18, I secured a first place award at the international brotherhood of magicians close-up competition, and my affinity as a conjurer grew. I was hooked. I loved performing. I loved being in front a crowd and giving them that same sense of awe and mystery that I had as a child. But, I was ready for more.

At age 21, I moved to the city of entertainment and lights, Las Vegas. Here, I worked with some of the best magicians Vegas had to offer, and this is where I really started to hone my skills as a performer. My first job in Las Vegas was at the Houdini’s Magic Shop with over a dozen locations all over the Vegas Strip. Nestled right in the heart of Caesars Palace, New York New York, MGM Grand and many others major Casinos. Every day for years, I’d get up on stage at these locations and perform magic LIVE for thousands upon thousands of tourists. Mini shows, multiple times a day for an endless stream of curious minds.

The only problem with Vegas, and even though I was never really short on shows, was the multitude of magicians. There are more magicians in Las Vegas than any other city in the world. Way too many guys competing in such a small market. Too many fish-bones in such a dry desert. Thus, my sights began looking elsewhere. Somewhere with much less competition and of course the most amazing weather in the entire country. My home now of over 15 years, San Diego.

I currently reside in Encinitas and am acclaimed by my peers as “The most working magician in San Diego” as I perform regularly at 5 of the hottest venues in Southern California. For the past 10 years +, I’m the resident entertainer for the SDCM Restaurant Group at all of their restaurant locations. Every weekend I perform at five SDCM restaurants. Friday nights and the Grass Skirt Tiki Lounge in Pacific Beach. Saturdays at the Waverly Restaurant in Cardiff, Kettner Exchange in Little Italy and then Vin de Syrah Wine Parlor in the Gaslamp District. Sundays I’m performing at the Firehouse Lounge in Pacific Beach. (Learn more….. https://nickivory.com/live-shows)

Above and beyond all of the performances at these amazing venues in San Diego, I perform over 200+ shows a year for some of the most exclusive private parties and high-powered corporate functions around the country. However, there was a slight delay and fork in the road. In crypto vernacular, not a hard fork but a soft fork. Something that I’ve always wanted to add to my magic. My other passion, MUSIC.

Magic and Music have tugged at my heartstrings since I was a child. It all started with a dream that I’ve dreamt thousands of times before; a dream of combining two passions into one grandiose affect.

I began my music studies at the age of 6 with several local independent teachers. One teacher that’s had a profound influence on me was a Mrs. Lydia Rola, a student of the renown 20th Century French Pianist, Alfred Cortot. Under her study, I learned to implement the French school of piano technique, and with her vigorous practice sessions I progressed quickly and won a first place award at the Geneva Grandquist Music Competition, the largest music competition in State of Illinois.

As I went on to High School I wanted to take a more academic approach, so I began studying Music Theory and Composition at the Sherwood Conservatory of Music under the direction of Professor Gerald Rizzer. During my stay at Sherwood, two of my original compositions for two years in a row were awarded the No. 1 composition in the state of Illinois for the Parent Teachers Association.

I’ve been playing piano for over 30 years. A quest that one will never complete or master. An evergreen of study and practice. Today, I’m enrolled for a Bachelor’s Degree in Interdisciplinary studies at the top music school in the country, The Berklee College of Music. The beauty about living in today’s society is the ability through technology to study the same curriculum online as with those students on campus. A music school with a 19% acceptance rate, I’m humbly honored to be able to get my professional degree from such an establishment. I’ve always wanted to start and finish music school, but my magic studies took precedence. Now, in my 40’s I’m able to check-off that box. It’s never too late to start school and finish a lurking dream.

Then…there was Covid……As you can imagine everything ceased. All shows, all events, all future events. Everything stopped and even reversed itself. Deposits having to be refunded for all the upcoming shows over that, and the next calendar year. A full calendar of performances, almost trying to be poetic, vanishing one-by-one until there was none. All entertainers around the world were now, show-less.

It was time to redevelop my craft. Take that soft fork and add one passion to another to create something truly unique. Once Covid hit, I had to figure out the best way to keep the shows and my momentum going. I flew back to Chicago and built a high-tech virtual studio, and created the Virtual Happy Hour. A 1-hour virtual show incorporating my music, magic and mentalism. The Virtual Happy Hour is a perfect way to get family and friends together. The perfect piece to fill the void that companies were facing during the pandemic. Corporations were having virtual meetings, virtual summits and other virtual events, but they didn’t know what to do for the entertainment aspect during these events. My Virtual Happy Hour has already been performed to 10’s of thousands of guests around the globe. Sponsors of the Virtual Happy Hour include, Pfizer, Accenture, Boast Mobile, Geico, Mitsubishi, Perkins Coie, etc. These fortune 500 companies, all happy clients of the Virtual Happy Hour. Learn more here… https://virtualmagichappyhour.com

Now that the world is opening back up. Events and parties are starting to happen again. Old and new clients are itching to socialize, play and entertain like we all once did before. The beautiful thing, I was finally able to make my dream as a kid come to fruition. That combination of magic, music and mentalism, and although I always thought I would be performing this show on stage, little would have anyone guessed, I would be performing my two passions virtually, online.

I’ve learned many lessons over the years that have remained close and relevant to my life. I’ve acquired a lifestyle of discipline and a constant drive for self-improvement. I’ve gained an appreciation for the complexities and subtleties of interpretation. I understand the importance of having both a sound foundation and a dedication to constantly study, that’s why I will never stop learning, practicing and performing.

Alright, so let’s switch gears a bit and talk business. What should we know about your work?
I like to think of myself as a visual storyteller. I interweave elements of mystery, wonder and emotion, in the hopes it becomes profound and resonates for my viewers. These stories I tell, allow us to briefly live in a world that breaks the conventional laws of reality, bringing us back to that child-like state when we believed everything was possible. I’ve always been fascinated with the ability to alter people’s perception, and I like to say, “Perception is Reality“. By utilizing my many different methods, I slowly tweak your perception which lends to the question, “What the heck just happened?!”

Shattering everything logical with a simple flick of the wrist, I stroll through the crowd with a wry smile and deck of cards in tow, searching for my first participant. Before one can question my methods, you’re playing card instantly vanishes from your open hand; Before one can blink an eye, I visually change your dollar bills into hundreds; Before one can think their thoughts are secure, I delete one from your very mind; and before anyone can think it can’t getting any more bizarre, I intimately tell you the exact time you were born. In your disbelief, I move on to my next guest.

There’s something about Magic and Mentalism that is timeless– a unifying force that transcends any barrier of race, religion, language, or culture. Magic and Mentalism are influences of will and perception, created by impactful illusion, psychological persuasion and human behavioral techniques. My unique form of entertainment transforms the ordinary into the extraordinary, creating an invigorating and timeless new art, which only requires the capacity to believe.

In terms of your work and the industry, what are some of the changes you are expecting to see over the next five to ten years?
I see my industry getting stronger as the world slowly opens. More events and more people will be looking for unique things to do. 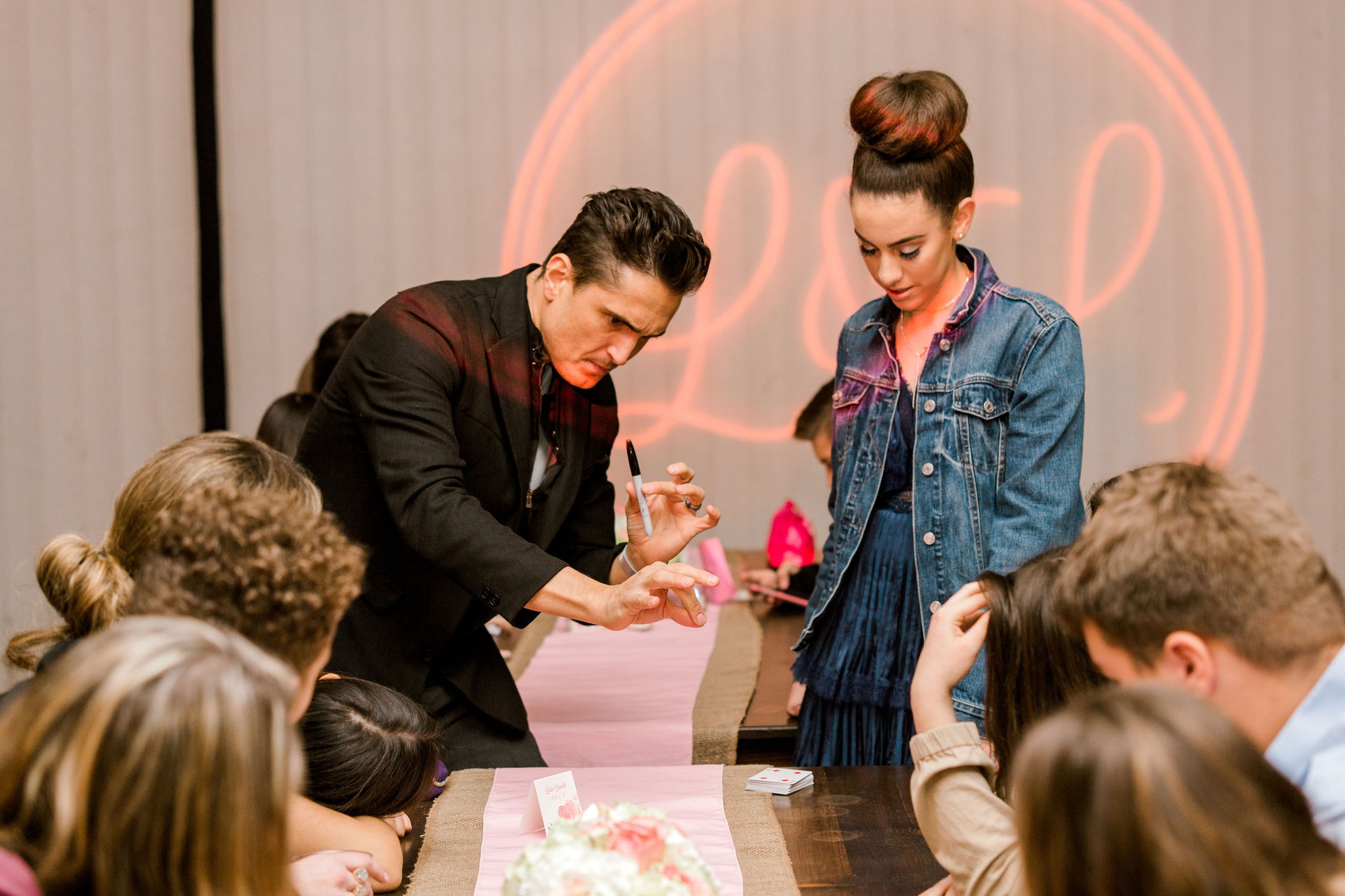 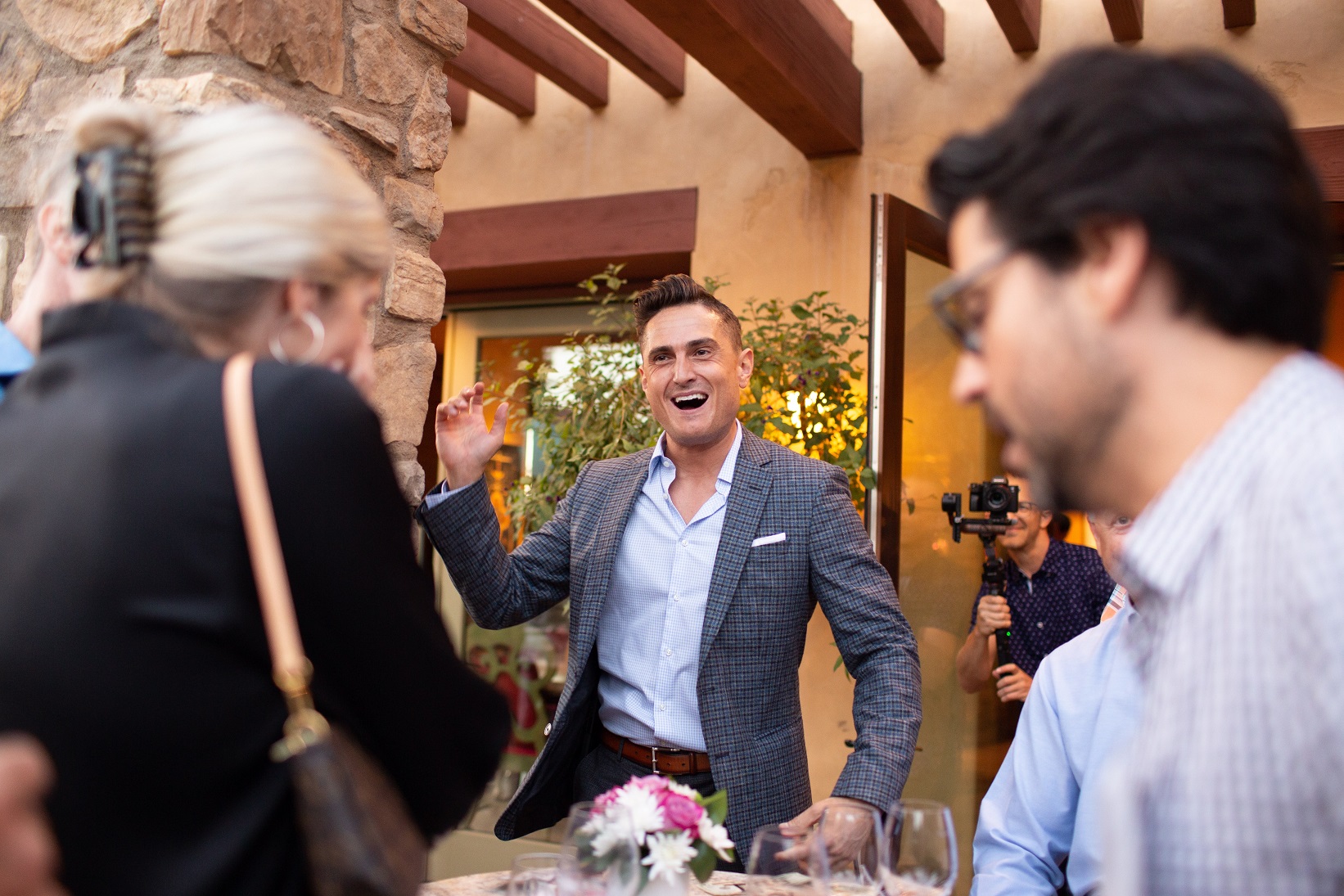 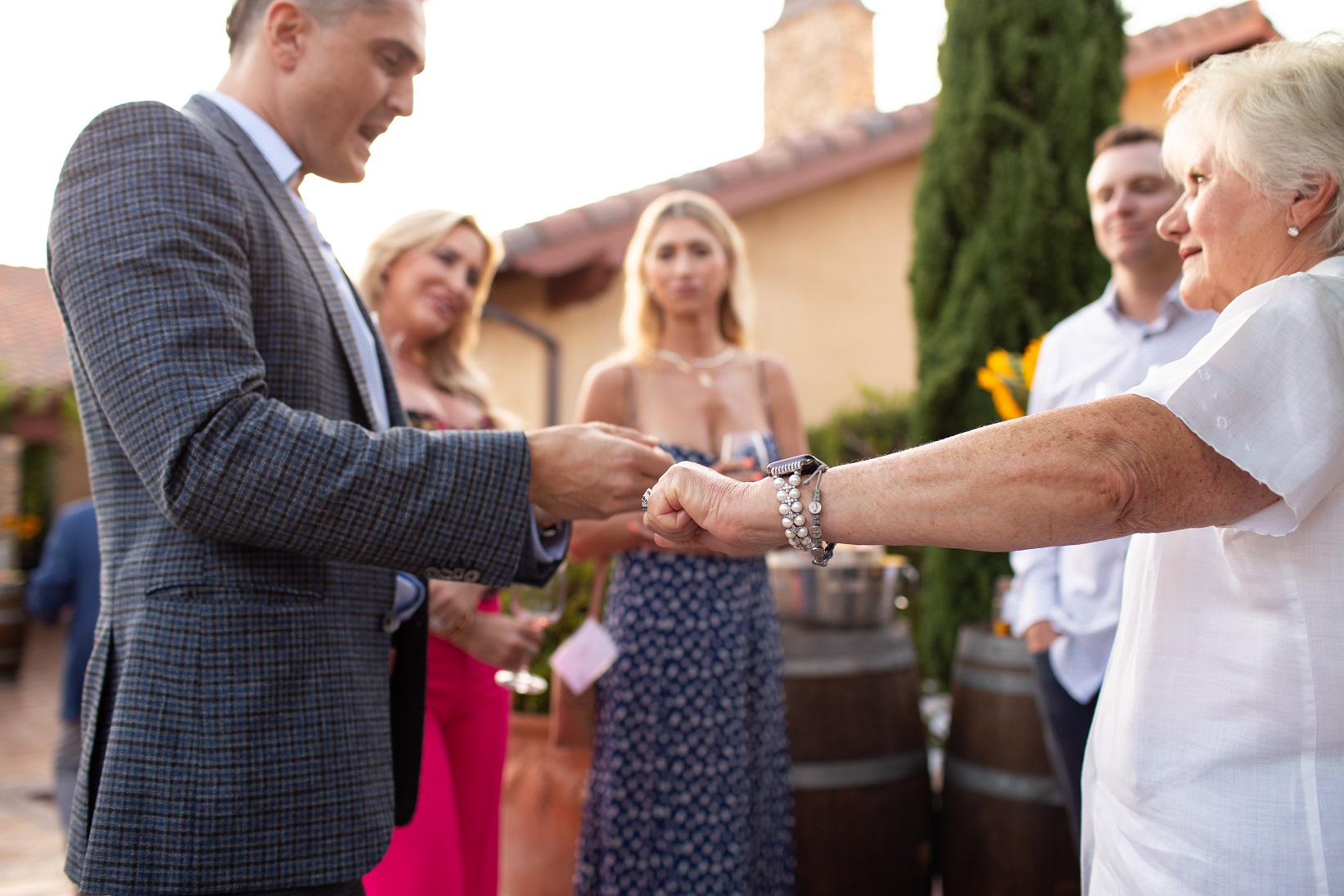 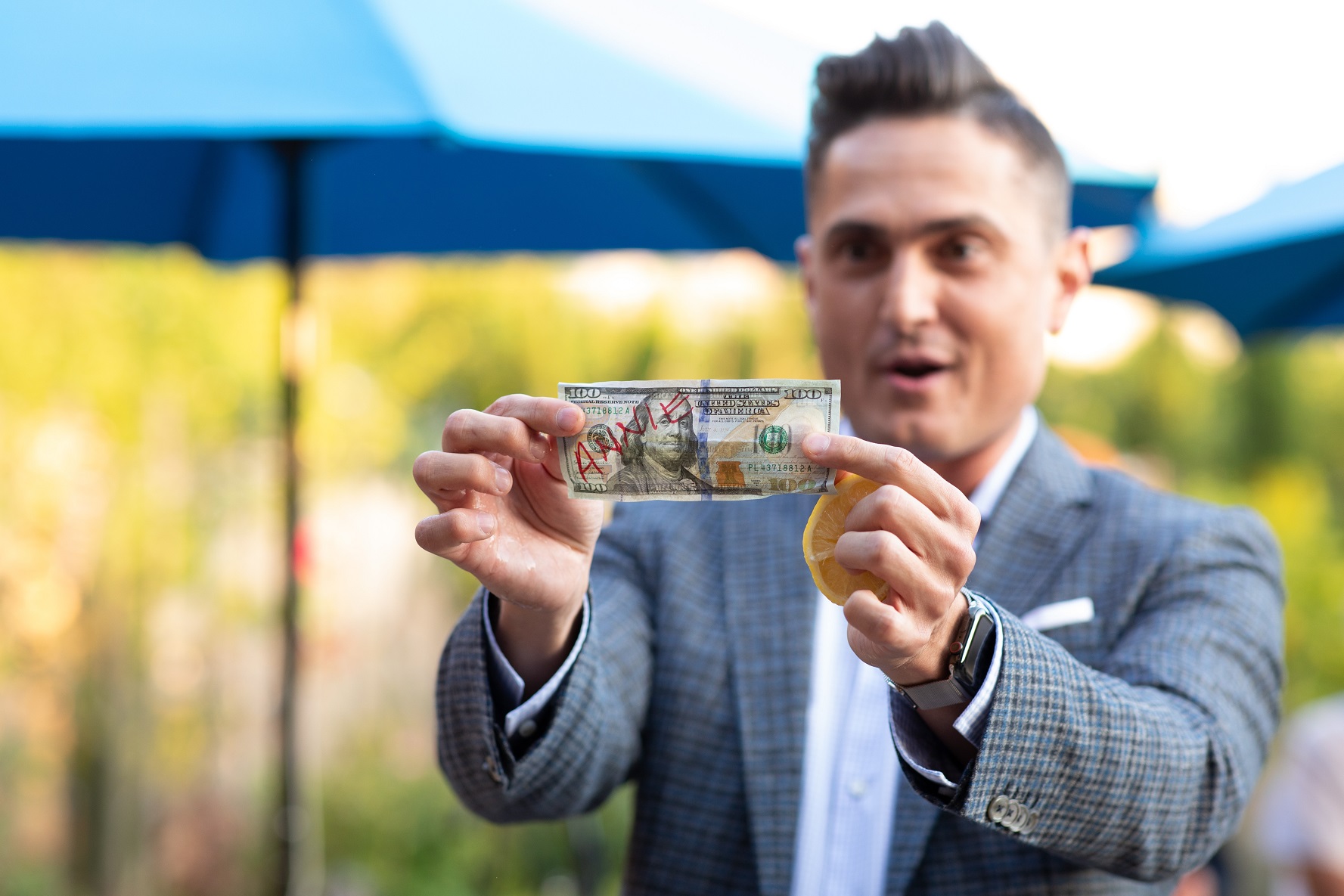 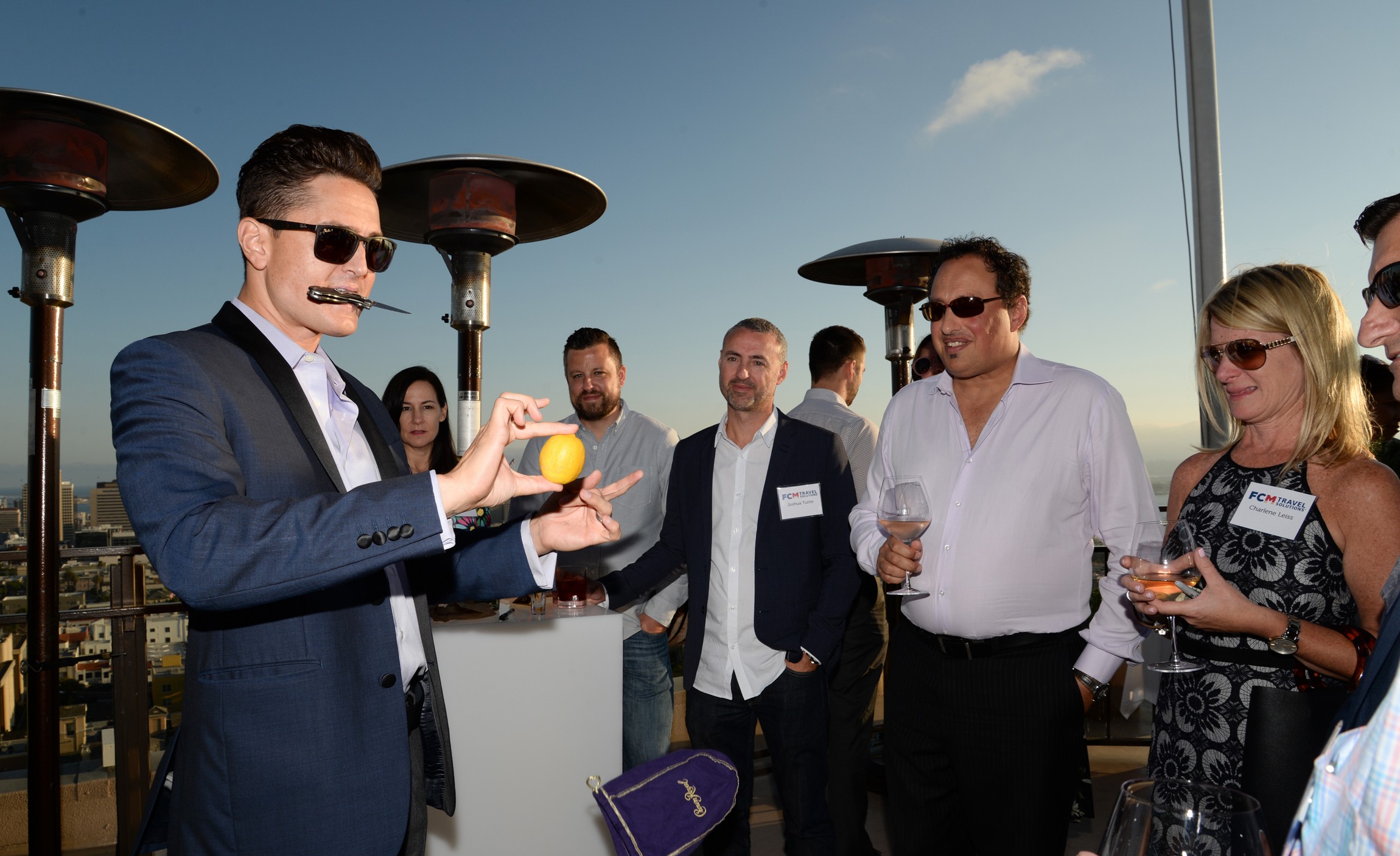 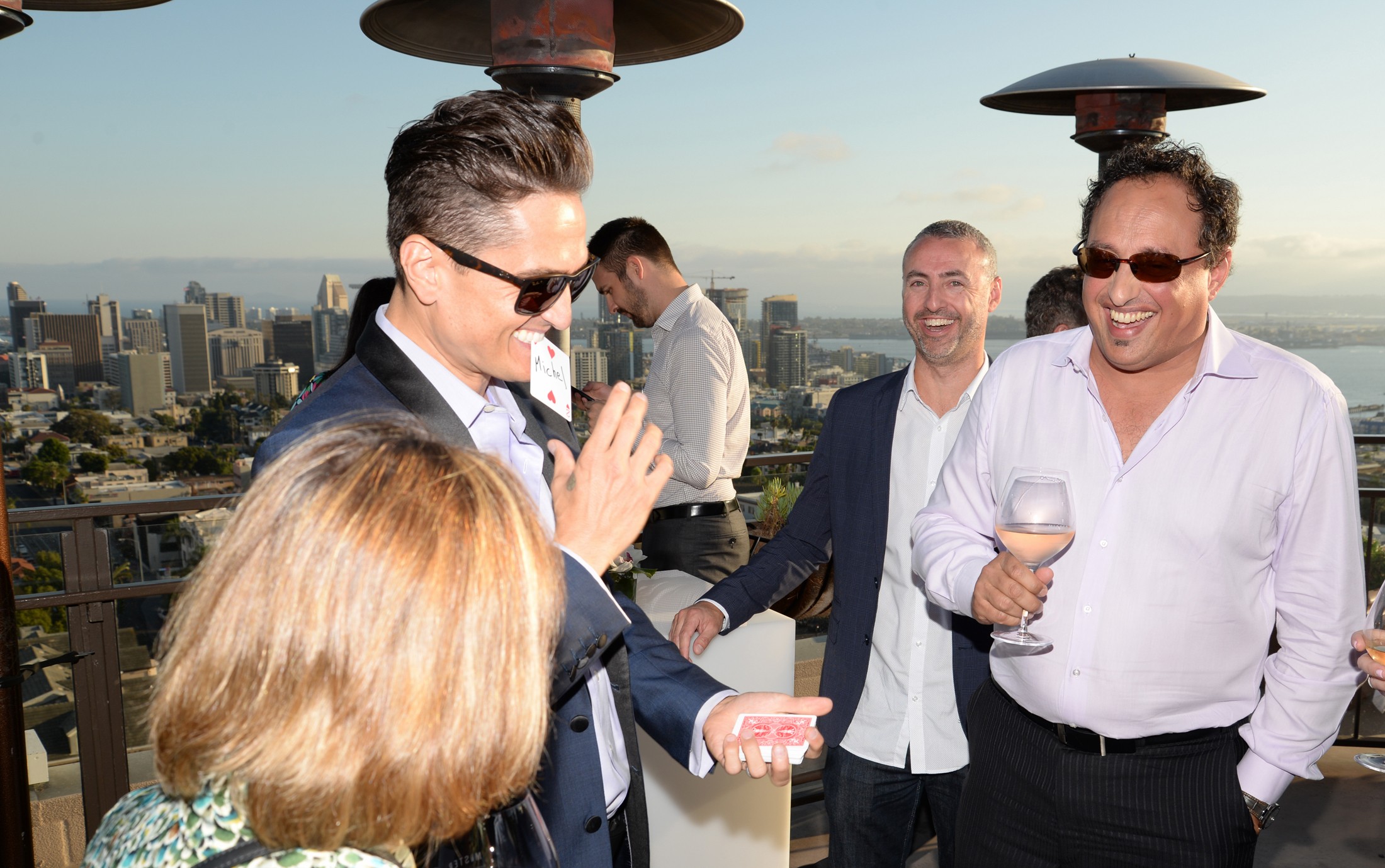