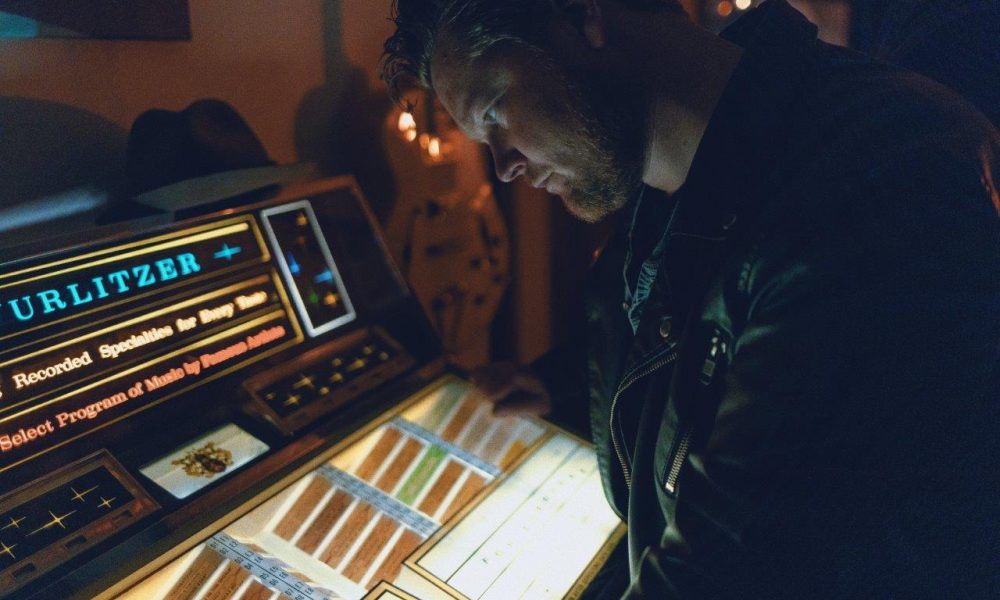 Today we’d like to introduce you to Ryan Poole.

Hi Ryan, thanks for joining us today. We’d love for you to start by introducing yourself.
Hi!  I work as a record producer & recording engineer in both San Diego & Nashville, TN. I grew up in San Diego, and my obsession with music began when I joined a pop-punk band sophomore year of High School. My favorite part of being in a band was our time in the studio, so when I was 19 I bought Pro-Tools to try my hand at home recording.  I had a lot of fun at home, but I knew I would need help if I wanted to advance, so I sought out education. I received my Pro-Tools Expert Certification at TRACSD, then became an intern at Studio West. Later, I earned a B.S. in Audio Production from the Art Institute and moved to Nashville, TN.  Thanks to my professor David Cole (Bob Seger, Melissa Etheridge), I got my first foot-in-the-door as a “Runner” at House of Blues Studios, Nashville. The first phone call I picked up on my very first day was Don Henley, asking me questions I didn’t know the answer to (talk about nerve-wracking!).  While there, I sang backup vocals for Richie Furray (Buffalo Springfield, Poco), did food runs for T. Bone Burnett,  took out the trash for The Band Perry, and hung out with Keb Mo’. It was a fun & often bizarre time.  As interesting as it all was, I still wasn’t making records (at least not directly) so I eventually left to start my independent production career. Those were salad days for sure, but I was lucky enough to find a manager (Leah Lowrance) and together, we slowly but surely built my career from the ground up.  My first Nashville stint ended on a big high, when I got to work at the famous RCA Studio A right after it was saved from the wrecking ball (and right before it was barred from public use). I moved back to San Diego in 2016.

Though I had moved back to America’s Finest City, I kept getting calls to come work out east.  I was fortunate enough to help Missouri based Dawson Hollow make their debut album “Boy of My Youth”, which we had mixed by Grammy Award Winning engineer Ryan Hewitt (Lumineers, Red Hot Chili Peppers, Blink 182). Next, I got the call to come record with Nashville based recording artist Roger Jaeger.  We recorded his album “Fall off the Earth” in San Diego, Nashville, TN & Lonavala, India.  The calls kept coming, so in 2018 I moved back to Nashville and took over Waylon Jennings old basement studio.  It’s been non-stop ride ever since.  Some highlights include: touring with American Idol alumni Danny Gokey, filming at Blackbird Studios with David Archuleta, recording Curt Chambers (Eminem, Rihanna), Trap Deville (Struggle Jennings), and MONTY (Luis Fonsi).

Today, I split my time between my two favorite cities, Nashville & San Diego.  In 2020 I started a a bi-coastal band called Nite Tides. We have released two songs “Forever Baby” and “Your Window”. Both songs are about San Diego and the music videos were filmed here with my music buddies from way back.

Alright, so let’s dig a little deeper into the story – has it been an easy path overall and if not, what were the challenges you’ve had to overcome?
Music has been the most-fulfilling, but also the most difficult endeavor of my life so far.  I was incredibly home sick when I moved to Nashville. I never thought I would be that guy, but I was. You can’t beat San Diego weather and beaches. Trying to become a self-proclaimed music producer is about the hardest thing you could try to do. There is no prescribed path. To me, the job is all about finding talented artists who want to make music, convincing them that you can help them do it (really-really well), and helping them figure out how they’re going to be able to pull it off financially (which often involves fundraising together). After all that, you actually do the work of producing, recording, mixing, delivering, releasing —and before their’s time to breathe, you have to move on to the next one. My career has largely been living hand to mouth to get to the next project, in hopes that my reputation will grow strong enough that I don’t have to work so hard to keep it going. Haha.

Luckily, It has gotten progressively easier over time. Today, I’m not wealthy, but I make what I like to call an “adult income” by making music, and that’s something.  I’m lucky enough that work just keeps coming to me via word of mouth.

Can you tell our readers more about what you do and what you think sets you apart from others?
Presently, I have two main focuses

1.Nite Tides is my band/solo project. I write/record/mix/release all the music in house. (I also edit the music videos, do the graphic design, and run promotions). It’s a really fun challenge to work on every part of the process from creation through release.

2. My Producer/Engineer career where I help artists raise money and record their singles/albums.

What sets me apart form others is the same thing that sets them apart from me; the unique set of influences and experiences (both musical and non-musical) that have made me who I am.  In music, there’s a baseline of competency that you have to get to to become a professional, but once you’re “good enough”, it’s all up to subjective taste.  If you visit my website, http://www.ryanpoolemusic.com, you can see some of the projects I’ve gotten to work on and get a better feel for my personal brand of creativity.

Alright so before we go can you talk to us a bit about how people can work with you, collaborate with you or support you?
@ryanpoolemusic on Instagram is the best way to get ahold of me or (ryanepoole@gmail.com). I’m always accepting submissions from new artists that are looking to make something great. My preference is people who make “left of center music”, meaning, people interested in taking risks and trying to create a masterpiece. I’m always on the hunt for creative ideas to make something truly great. I love Pet Sounds by The Beach Boys and Sgt.Pepper by The Beatles because both those albums were striving to be something great. You can tell that everybody was trying really hard to outdo themselves. That’s how I aspire to be. 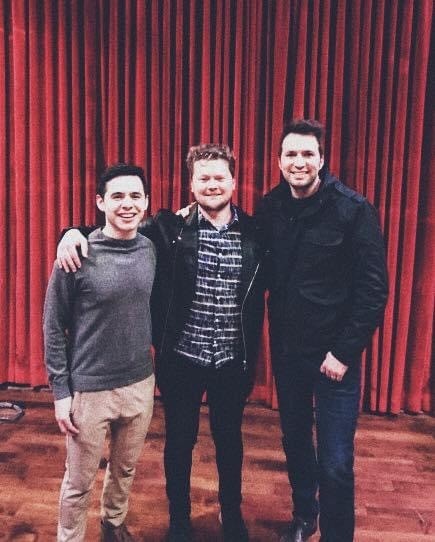 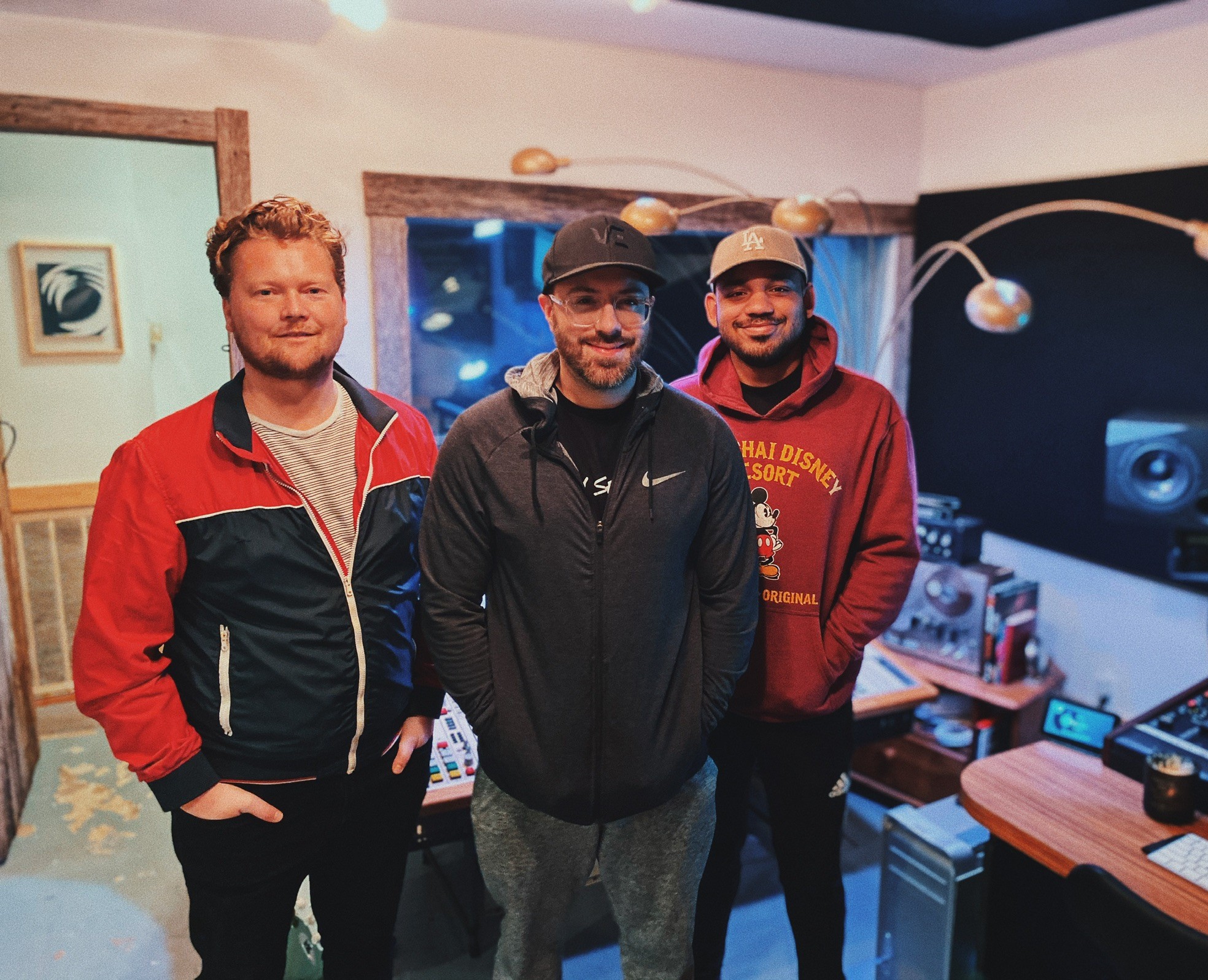 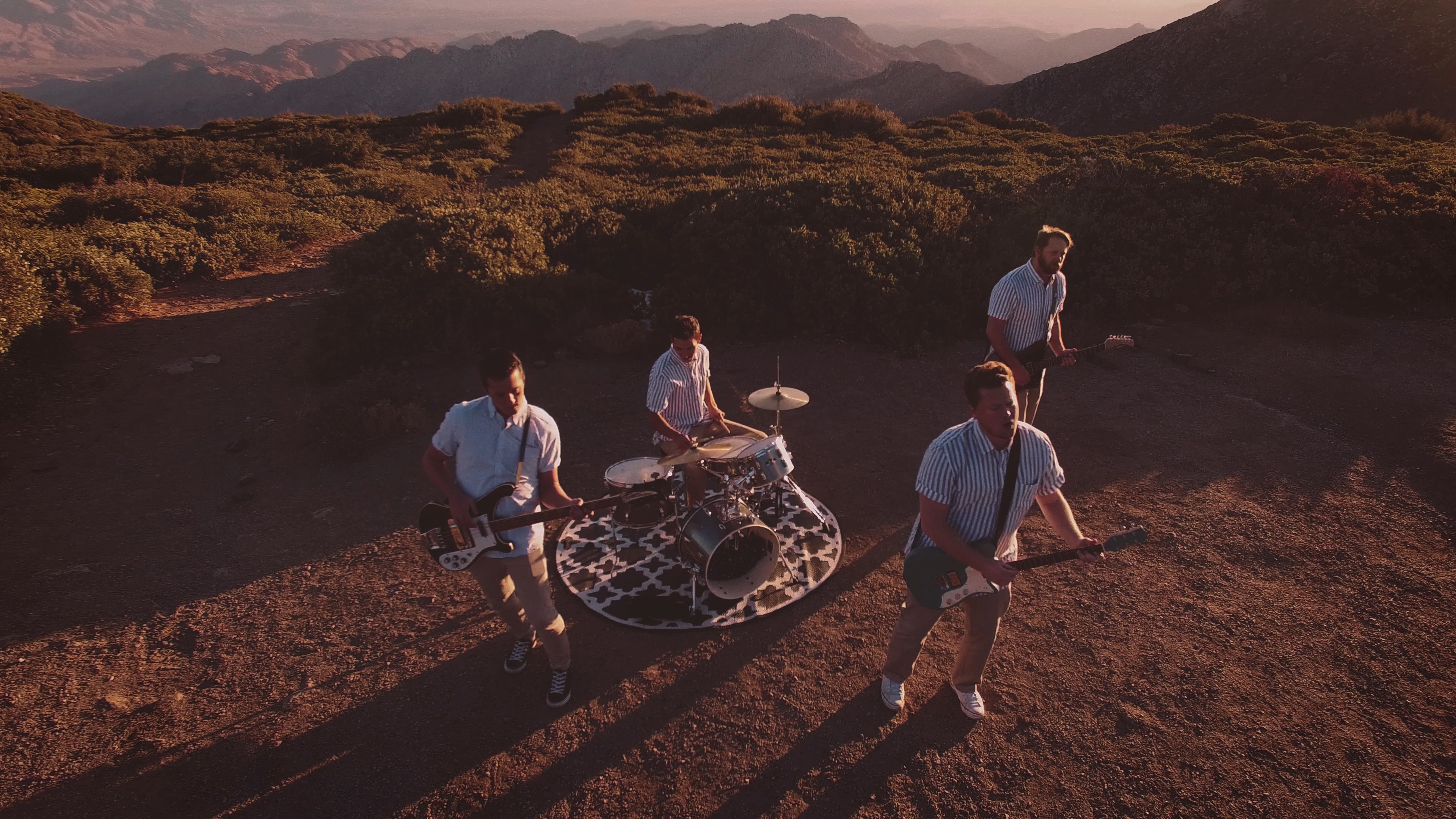 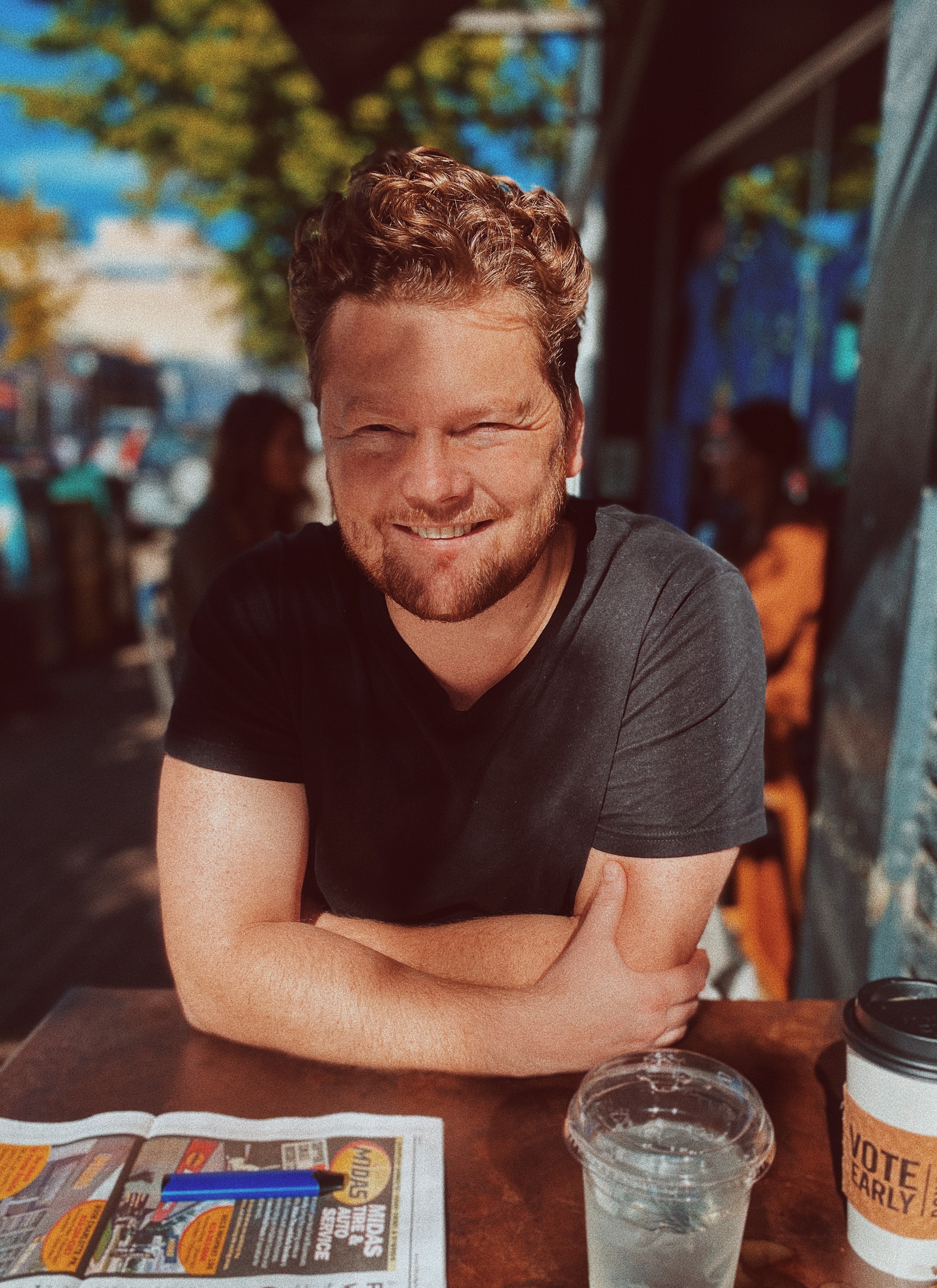 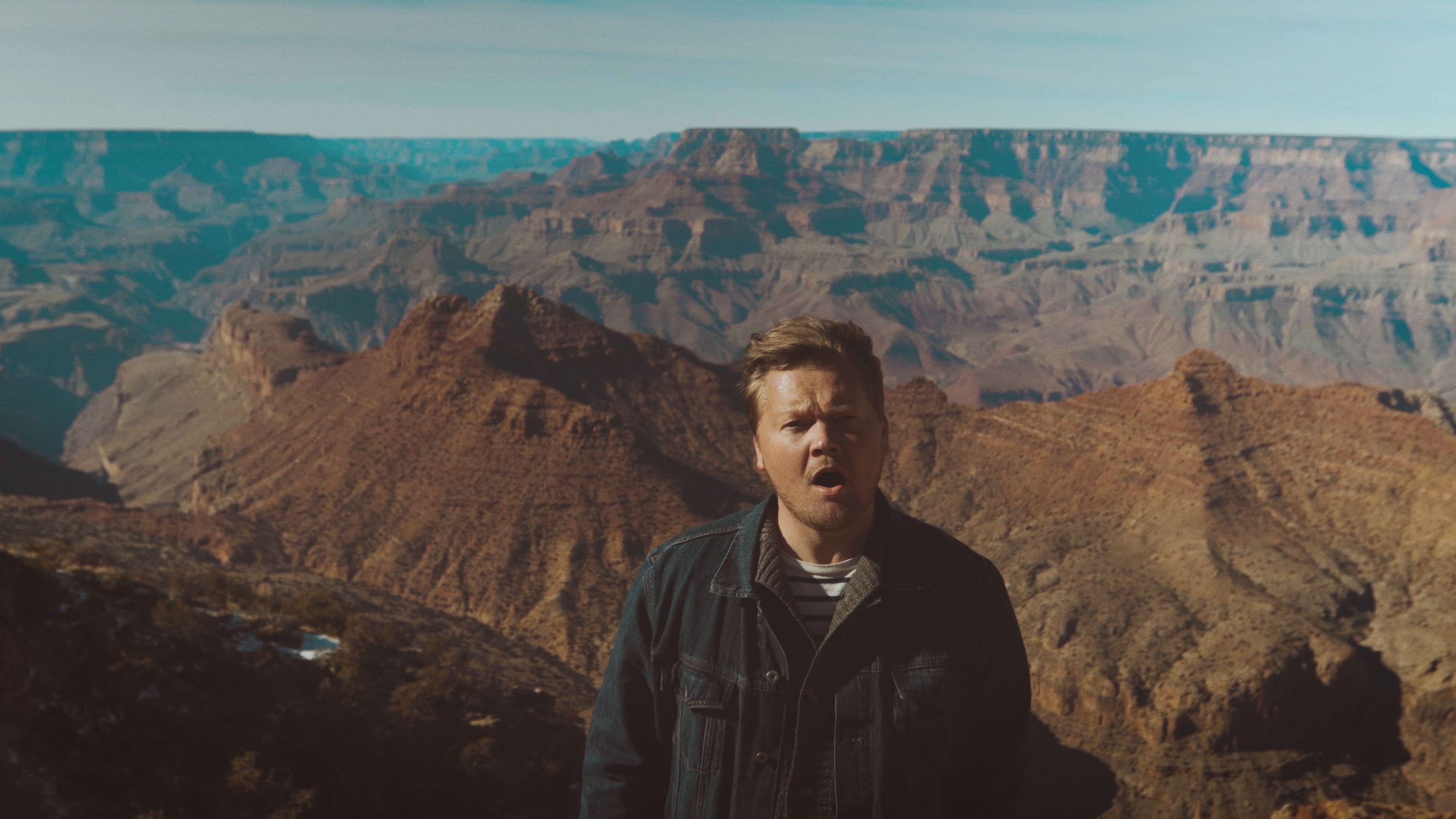 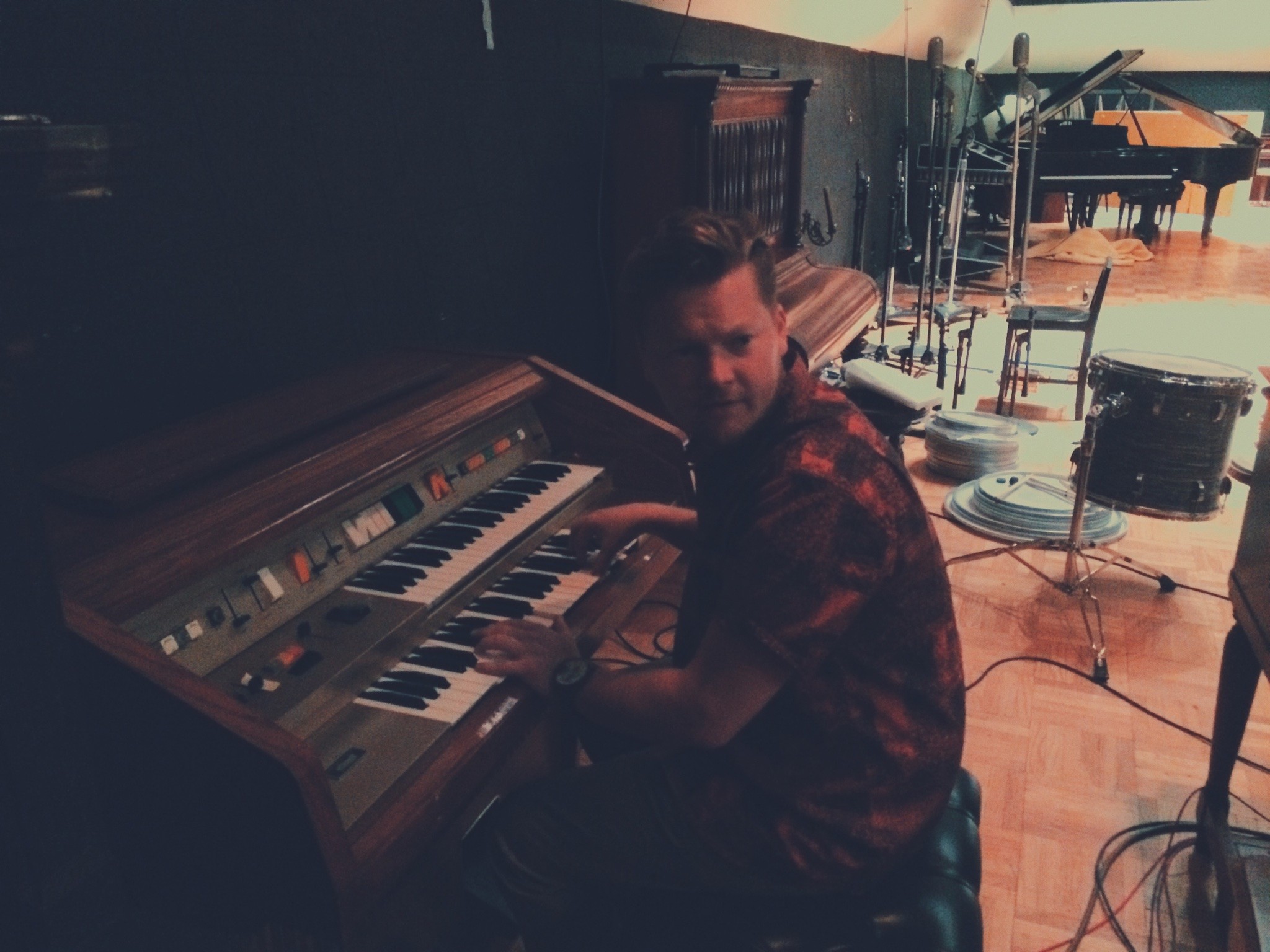 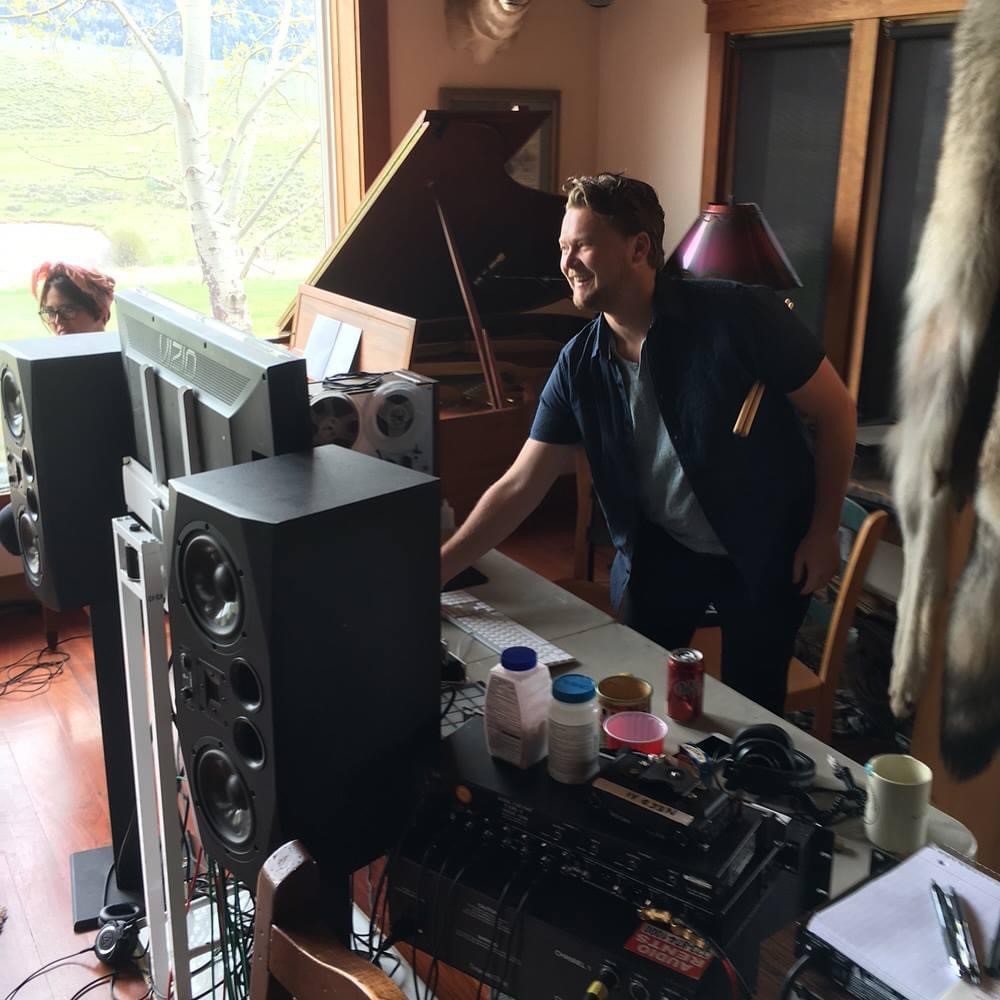 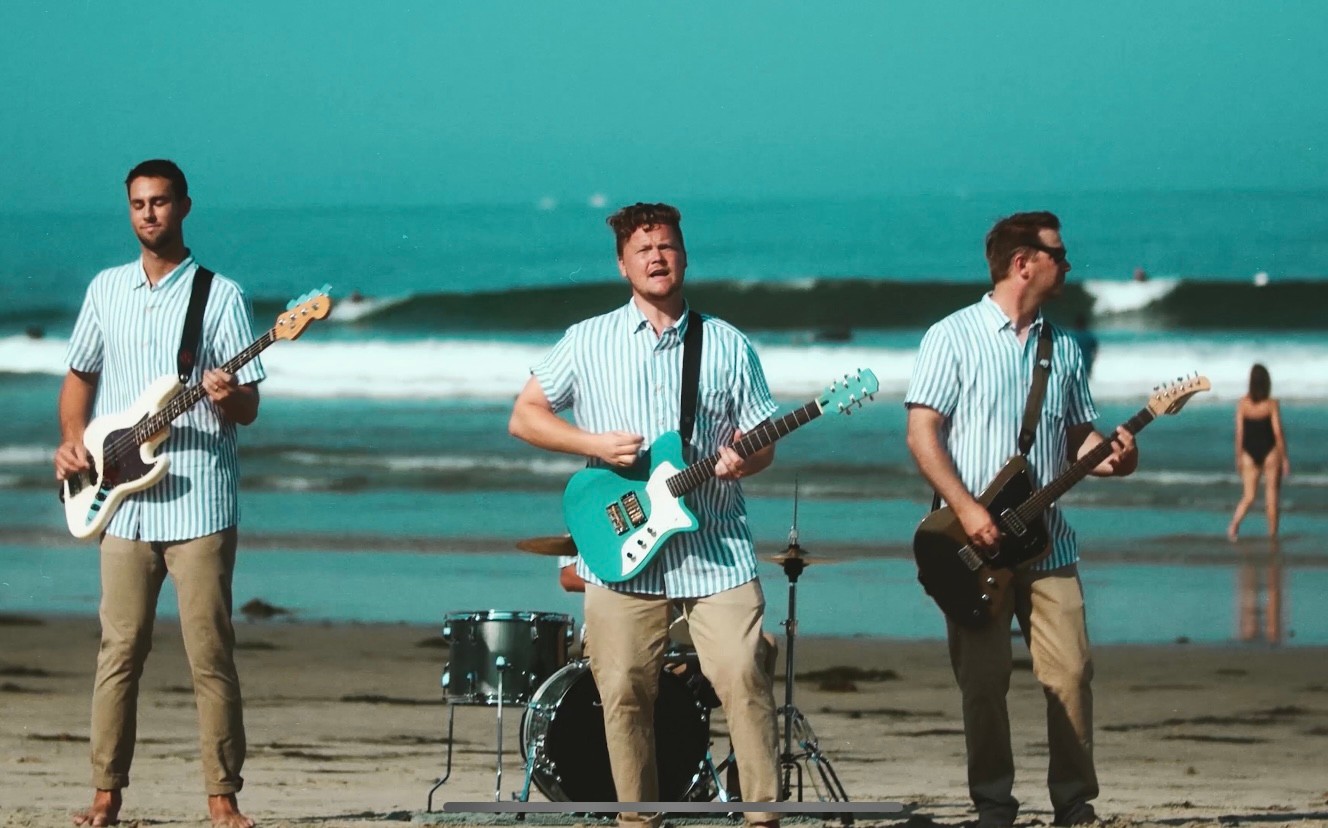 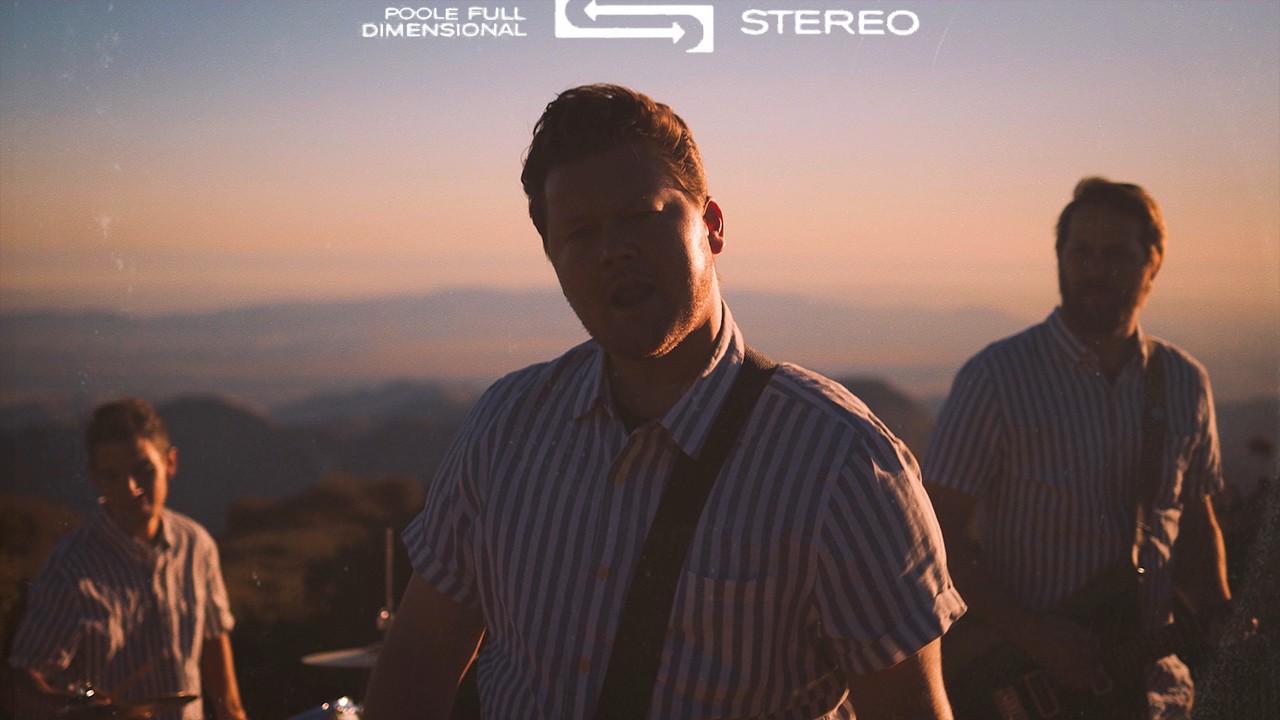 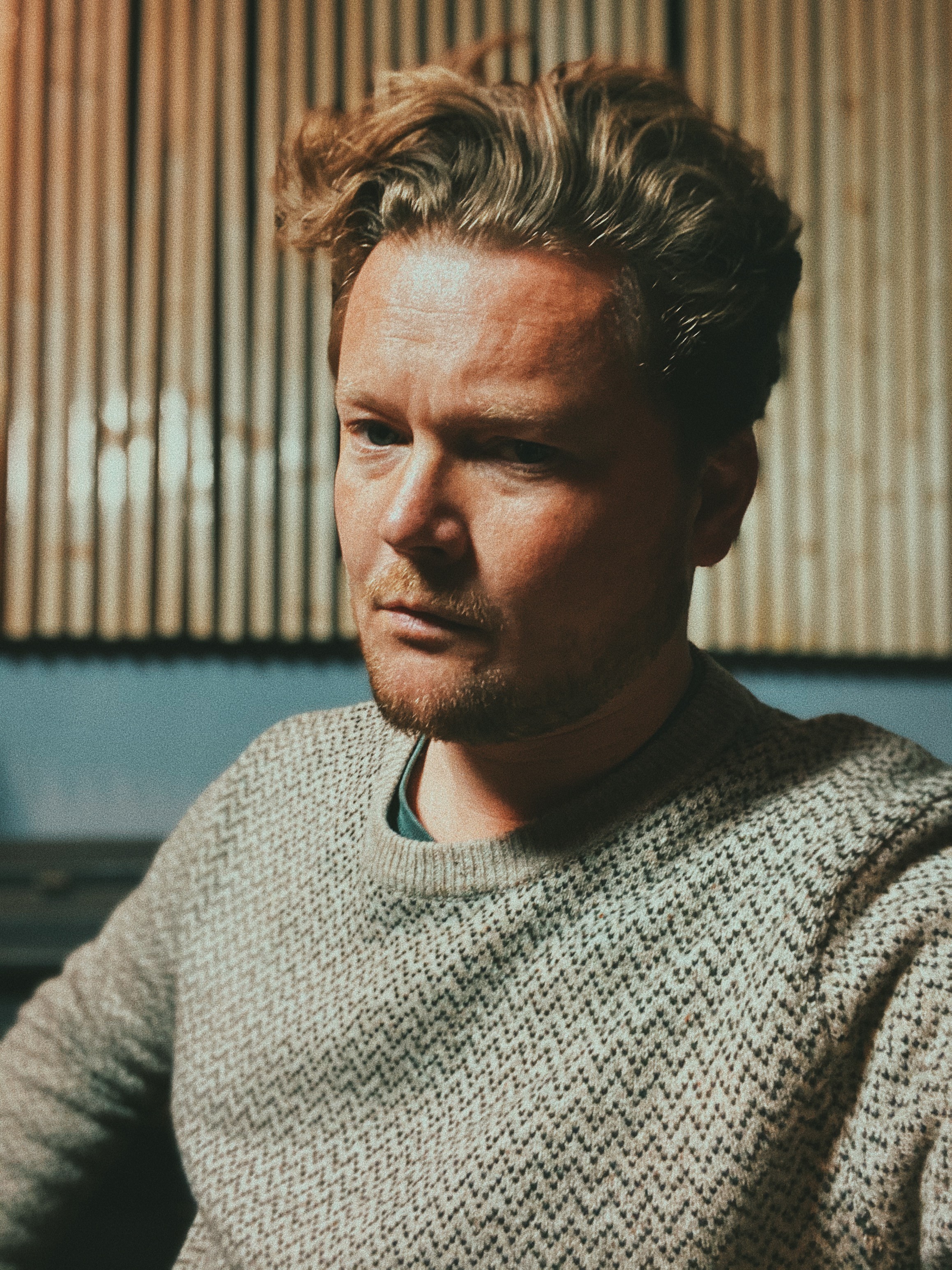 Image Credits
@_wesleybear (Pic at the Grand Canyon, pic at the jukebox, and aerial shot of the band)