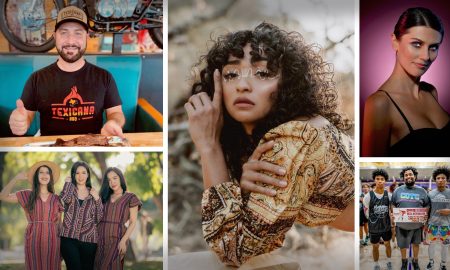 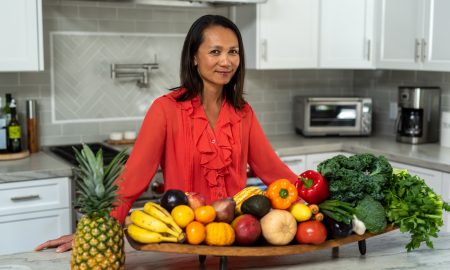 The Folks Solving The Problems You Need Solved 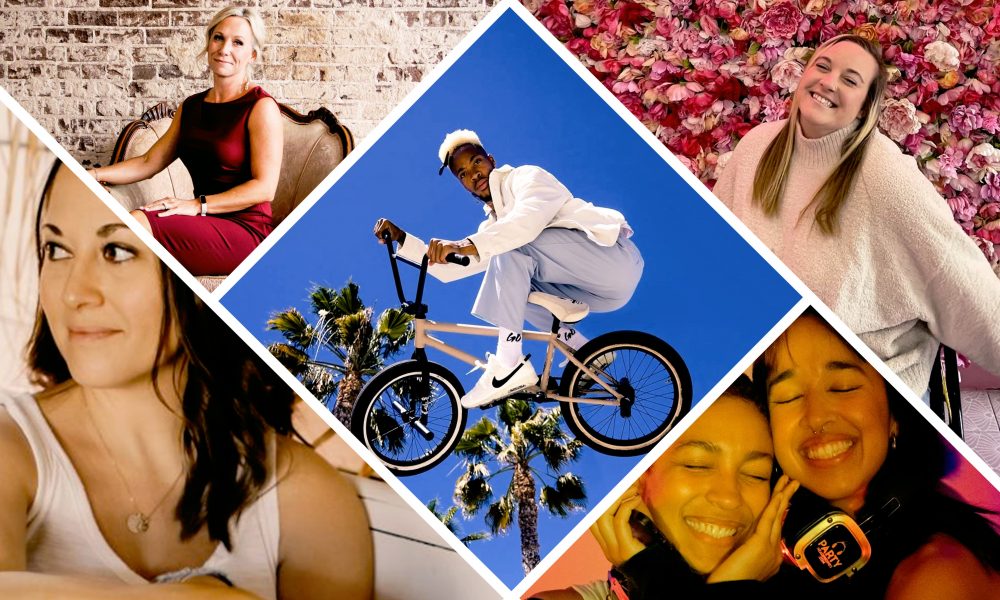 It’s more important to understand someone than to judge them. We think the first step to understanding someone is asking them the fundamental questions about who they are and how they became the person they are today. Understanding and empathy are essential building blocks for a better, more compassionate world. We’re incredibly fortunate to be able to ask these questions each week through our interview series. Below you’ll find inspiring interviews from in and around San Diego. 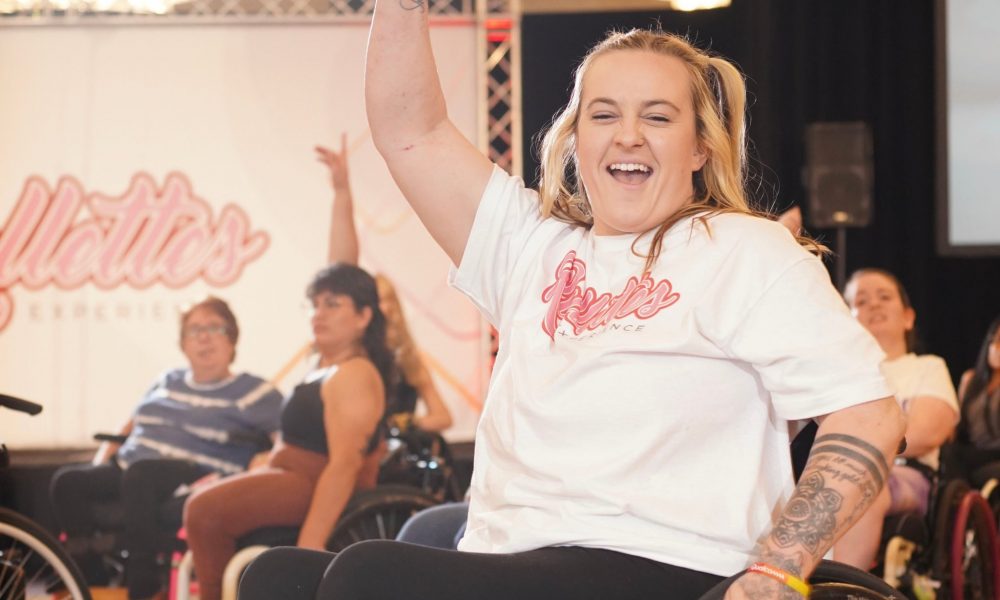 I was in a car accident back in 2018 during the middle of college classes that paralyzed me from the waist down. I went to school to be an event planner / wedding coordinator but didn’t end up finishing school. Before the accident, I worked in retail and hospitality, I realized I loved being involved with people, I became an event coordinator for a non profit called Childhelp and have worked there ever since. I love to event coordinate, and I also do social media on the side with my dance team (a wheelchair dance team in LA) called the Rollettes, telling my story and helping others love themselves just as they are and go after what they want! Read more>> 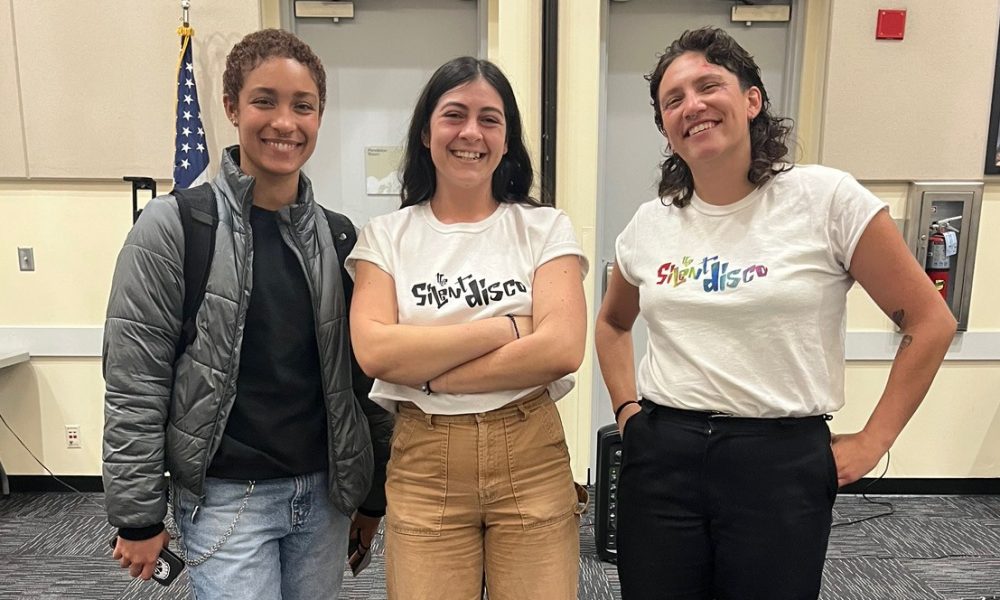 The three of us had known each other through working together and being in the mutual aid/organizing scene in Oceanside but once we quit, we got to take more time for our passions and goals as independent creators. Autumn Hill is a graphic designer with experience in social media management& brand development; Bianca Lopez is a photographer/poet/workshop curator/founder of a grassroots organization by the name of Ratas Rags; whereas I, Ciara Dominique, am a writer/educator/podcast producer/DJ. Read more>> 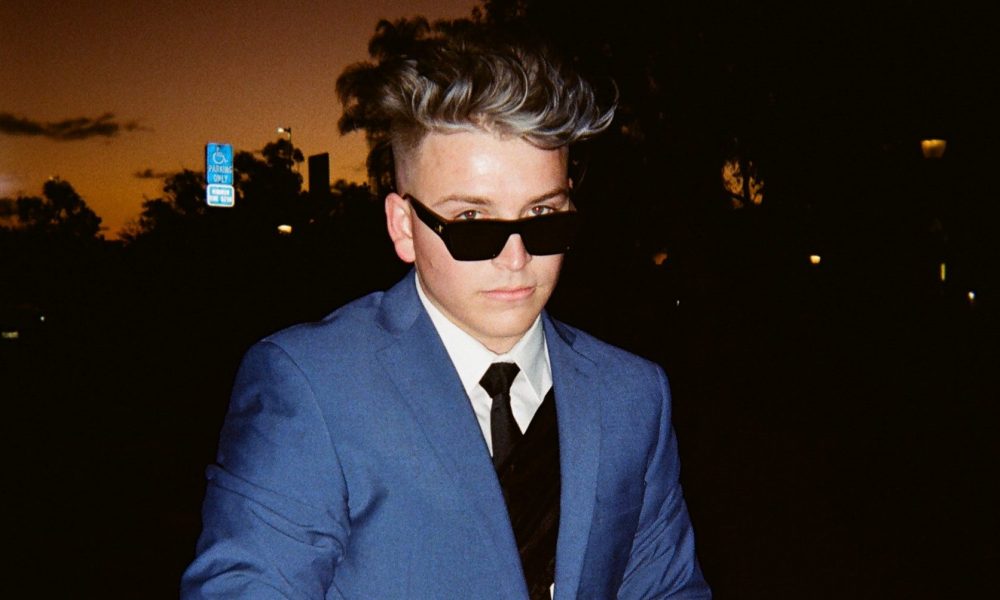 Growing up riding BMX with my friends I was always the one to grab the camera and film everyone with whatever was available. In 2015 I got a Panasonic camcorder which I began to use to film a lot of BMX. Shooting those videos to share on YouTube really started that fire to create more visual art. In 2019 I bought up my first Mirrorless camera that took both photos and video. Having taken a photography class in high school and getting a “D,” I didn’t have much of a passion for photo. I always felt that it lacked a lot of the expression that you can emphasize in video. When buying this camera, I took it up as a personal challenge to master photography along with my video skills. I began to make creative content with my best friend Jarren Barboza who is a professional BMX rider. The content we were creating hadn’t been seen before in the BMX world and we began to make a lot noise in the industry. This snowballed into growing both of our careers together. As we grew, Markell Jones, another best friend, joined us in this unconventional path we’re on. This was great for us because we had common interests. From BMX to fashion, cars, and beyond, we began to work with brands we had only dreamed of working with. From this growth I have been able to work with the biggest names in BMX such as Nigel Sylvester, Billy Perry, Brad Simms, and the list continues to grow. Outside of BMX, I’ve worked with companies such as Foot Locker, Champs Footwear, Louis Vuitton, Ksubi, Loewe, Sheepey Race, etc. From being behind the camera, I’m introducing more of myself in front of the camera and growing that side of my personal brand. I’m currently in partnership with Velotric E-bikes which is a key step in the right direction and am excited to see what’s next! Read more>> 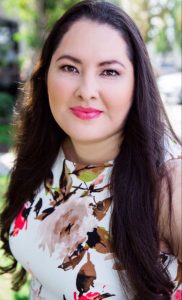 I have been in business since 2017 when my husband started to invest in my creativeness. It started with ornaments, t-shirts, reusable cups, mugs, sweaters to badge reels and keychains. I really love to do badge reels because it gives one an opportunity to express oneself through badge reels. At first, I was donating a lot of my work especially during the pandemic and then I was encouraged to open an Etsy shop which has allowed me to share my art as far as Australia which I never would have imagined. Read more>> 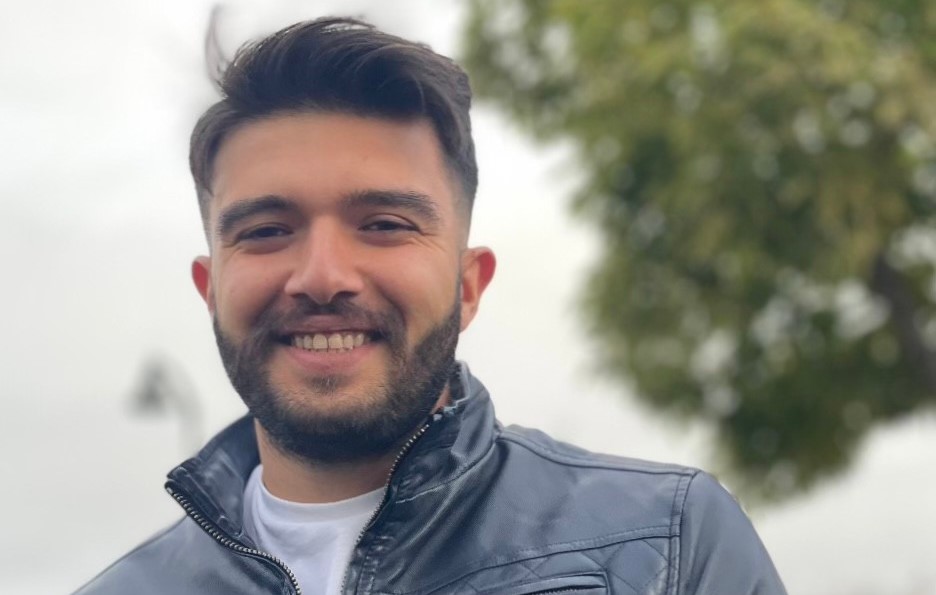 I was born in Iran and migrated to Turkey when I was 13 years old. After living in Turkey for a year, I migrated to the United States at 14 years old not knowing any English.  Learning English was rough but I’m not foreign to different languages. Due to my moves, I had learned how to speak Kurdish, Turkish besides my native language Farsi. Thanks to having to learn so many languages, this made it easier for me to learn English. I was able to speak English fluently within a year of my arrival due to being trilingual. Read more>> 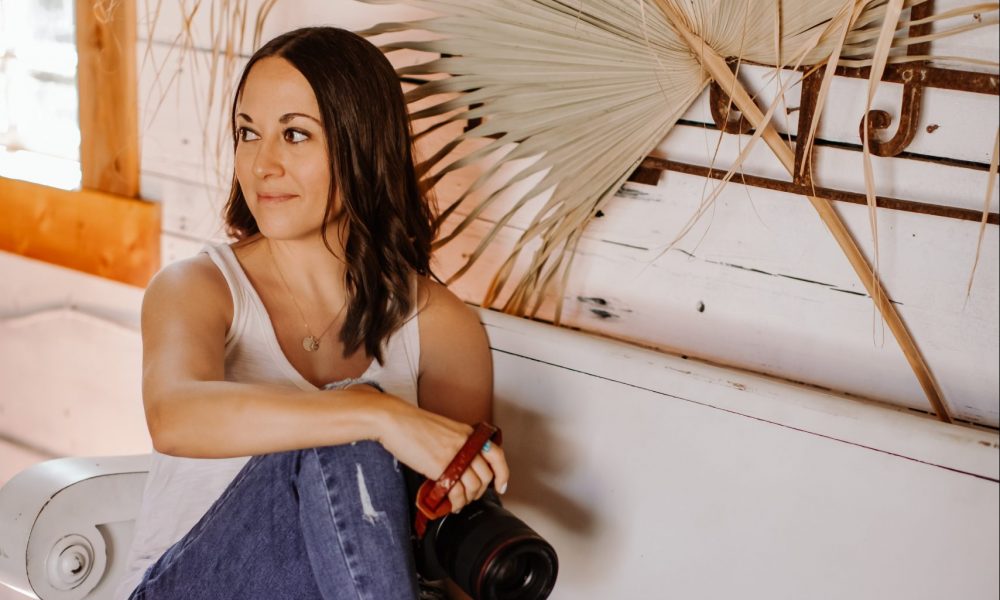 I’ve always loved taking photos. I remember when I bought an iPhone 6 0r 7….whichever one had portrait mode. I was so excited for that feature! Then, when my kids were born, I purchased my first professional-grade camera after watching YouTube video reviews for hours on various cameras. I loved dressing my kids up and posing them or taking their photos while they played. Fast forward to 2020. I got bored of only taking photos around my neighborhood since we all were on lockdown at that time. I had the idea to offer mini-sessions to the families at my son’s school. To my surprise, I had a lot of interest and I basically just jumped in. Since then, my business has evolved and just continued to grow. Read more>> 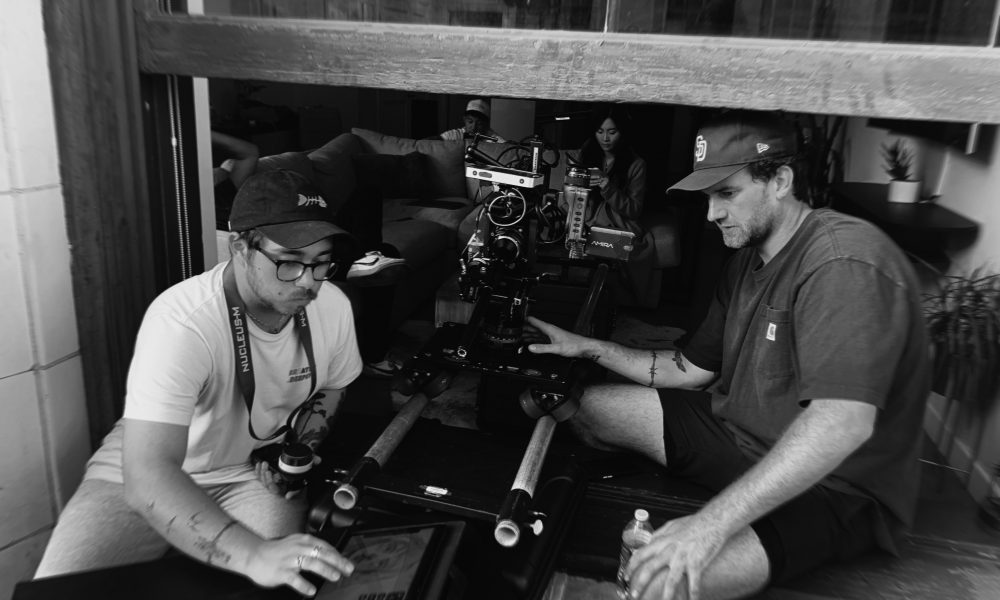 Initially, OOPH Productions began as a Creative Direction/Cinematography duo before transitioning into the fully functioning production company it is today. Our roots run much deeper than production though, as we both grew up playing ice hockey against each other in San Diego County. After playing against each other for several years, we would later reconnect unknowingly through film at a digital marketing agency called Common Thread Collective where our main focus was creating web campaigns and ads for various brands. Read more>> 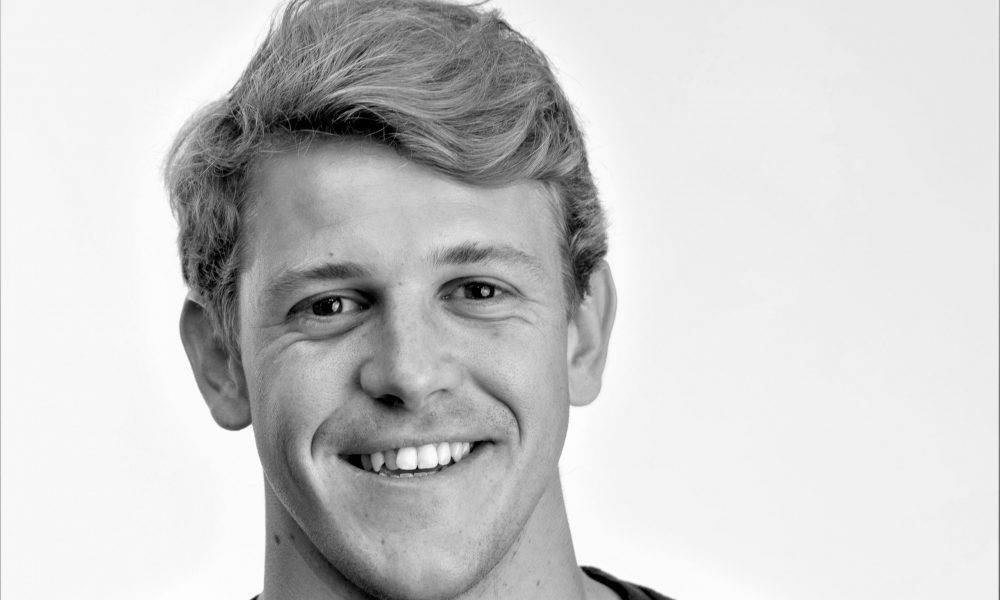 BlueWave was founded in the idea that security can be made simple. The company has taken several forms over the years and post 2020 we are well on our way to incorporating that idea into every part of our business.  Today we secure roughly 10,000 doors across the country and are constantly looking for entrepreneurial ways to improve our product and business. Read more>> 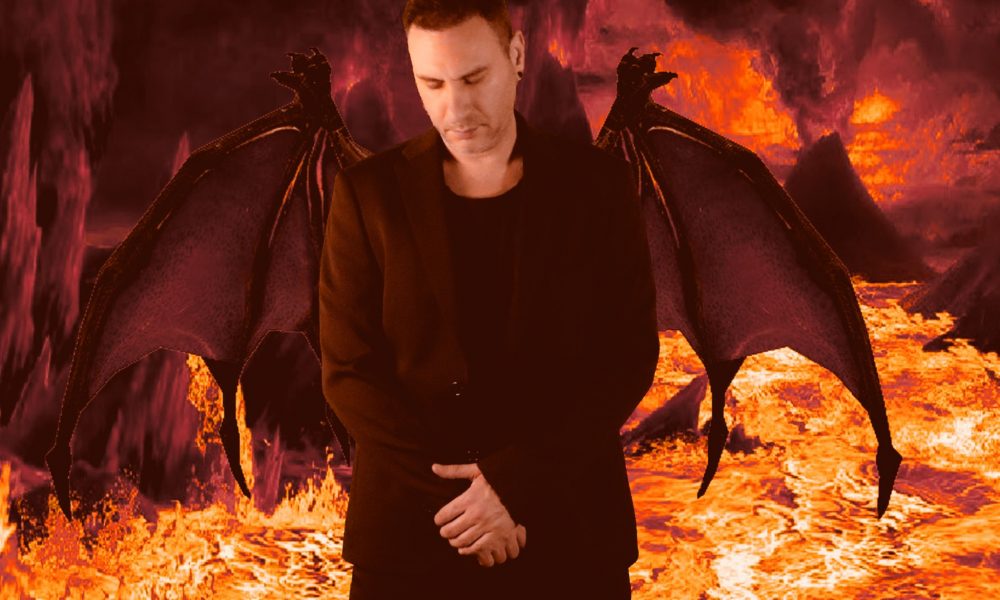 For starters thank you and please be patient with my English. My connection with photography started about 20 years ago. I was journalist, and while i was working as an editor in chief in Greek lifestyle magazines i started my involment at the production level. My next step was to create an online magazine, called PANIC (by my names initials and the name of the blog i used to have) which was the first of this kind in Greece. This started at 2008. As a magazine guy my philosophy always was “more pictures, less talk.” so, once again, i searched for nice images and cooparated with some great photographers, as John Tsilidis, who leveled up my work. Read more>>