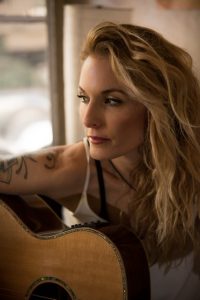 Today we’d like to introduce you to Fabienne Grisel.

Hi Fabienne, please kick things off for us with an introduction to yourself and your story.
I began my journey in a suburb of Geneva, Switzerland as a teen, singing, dancing as well as modeling.  After graduating from college, I decided to take my career to the next level and moved to Los Angeles to attend Musicians Institute in Hollywood and study vocal performance and technique.

While living in LA and performing with various bands as a singer, I joined a modeling agency and with a little encouragement from friends of mine who were in the movie industry, I also procure myself an acting coach and agent.

That is when I was lucky enough to meet Dr. Joel Ewing, the famous vocal teacher (Seal, Paul McCartney, The Eagles) with whom, I studied vocal pedagogy and technique for the past 20 years. He became my mentor and has helped me develop my sound as a singer.

I also took a music arrangement and production course at Cre8 Academy, so that I could communicate better with the producers or engineers when I was in the recording booth, but most importantly, I learned how to record myself.  More recently, I learned how to play guitar which has added a new layer to my songwriting and performing skills.

For the past 2 decades, after many ups and downs, agents coming and going, and many personal struggles, I kept on performing and growing as an artist. I also started to pass on the knowledge to the new generation by privately teaching singing and performance techniques.

In 2015, I released my first solo EP ‘Fortress’–a five-track declaration of intents, that was recognized by Songnet.

A few years ago, I thought it was time to get back to the LA rock scene, so I joined the LA rock band NEVERWONDER as their lead singer.  Since then, we have won multiple awards for our debut EP (Rock wired Magazine, LA Music Critic to name a few) as well as made “The Top 100 Hottest Unsigned Bands” list in renowned Music Connection Magazine in 2019.

When I am not rocking all over the west coast with NEVERWONDER, you can also see me perform all over the Los Angeles/ Santa Barbara area with my Jazz/pop cover duo called The Fixtures Duo, which I founded with my friend and talented guitarist, Ido Sasson.

During the Pandemic, since all the live shows were put on hold, I spent most of my time teaching vocals remotely. I also thought it was the perfect time to finally set up my professional home studio and use my recording skills to work as a top liner for various composers. In the process, I was offered a few voice-over jobs as well.

Now that work in the entertainment industry is coming back, NEVERWONDER is playing live shows again. We just played Las Vegas and San Diego Rock and Roll Marathons, and we are doing a “Black Angus Summer” on tour all over Southern California until September 2022.

We are also putting the last touch on our new upcoming record, which should come out in late 2022/early 2023. We cannot be prouder of the new songs we wrote and can’t wait to share them with you all.

On a fun note, a few months ago, I was cast to ride my motorcycle.. yes, I ride an Indian bobber, in 2 music videos. One for the Indie artist Lana Lane and the other for the one and only, Ed Sheeran.

I guess you can say I have my hands in many baskets and that keeps me pretty busy.

But I could not imagine doing anything else in my life, that is what I was put on this earth to do.

We all face challenges, but looking back would you describe it as a relatively smooth road?
There have been many struggles and ups and downs along the way, many times I wanted to quit! For a few years, I actually took a break from playing live shows, because I needed to recharge the batteries and figure out who I was, not only as a performer but also what defined me as a person.

I was offered 2 recording contracts as a young singer that ended up nowhere. This is unfortunately a very common story for artists in this industry, people promise you the moon but don’t always deliver.

As I got older though, I got better at spotting the genuine from the smoke and mirrors.

Appreciate you sharing that. What else should we know about what you do?
I am a singer/ songwriter/ teacher/ model and actor, all around artist. I am mostly known as a performer and singer, that is what I have been doing since my youth, but I am a huge believer in challenging oneself and not let people put you in a box. So, if something interesting comes my way, I am always open to give it my best shot. That’s how I ended up riding my motorcycle in an Ed Sheeran video! lol!

I am classically trained, but I sing rock, jazz, pop. I will try just about any genre of music if it appeals to me. I tend to write songs about what I see in around me, what touches me and what I would like to see improve or change.

I feel like I have a voice so I should use it for something useful. We are all part of this world, all connected, even if it’s hard to see it at times, but music is the universal language! It’s the language we can all understand and rally under regardless of our background, ethnicity, gender, sexual orientation or political views.

Music transcends it all! Even if you don’t understand the lyrics, just one note, one beat, can touch your soul.

Music can change your mood in an instant, that is why it’s so powerful and I am just lucky to be its conduit.

I am proud of being part of the artist community. I have found many wonderful humans and talented individuals on this planet who have something to say and try to make the world a better place, one song, one painting, one sculpture at a time!

I am trying to pass that knowledge along to my vocal students so that the next generation can do even better.

Before we let you go, we’ve got to ask if you have any advice for those who are just starting out?
That is always a hard question to answer, but I guess I would say: learn as much as you can to become as good as you can. Not perfect but good!

You can strive for perfection; it will keep you motivated but it’s rarely attainable.

However, there is such a thing as good enough. Just take a chance, try it even if you fail. That’s how you learn.

I wish I had understood that when I was younger, I drove myself crazy ! lol!

What is important is to keep pushing the boundaries.

In this business, you will hear “no” more often than not, or “you can’t”! You will hear more negatives than positive reinforcement, don’t let it stop you!

Keep creating and share it with the world, we need art and artists, as they are a reminder of the beautiful side of human nature.

Follow your own path and eventually you will get there. 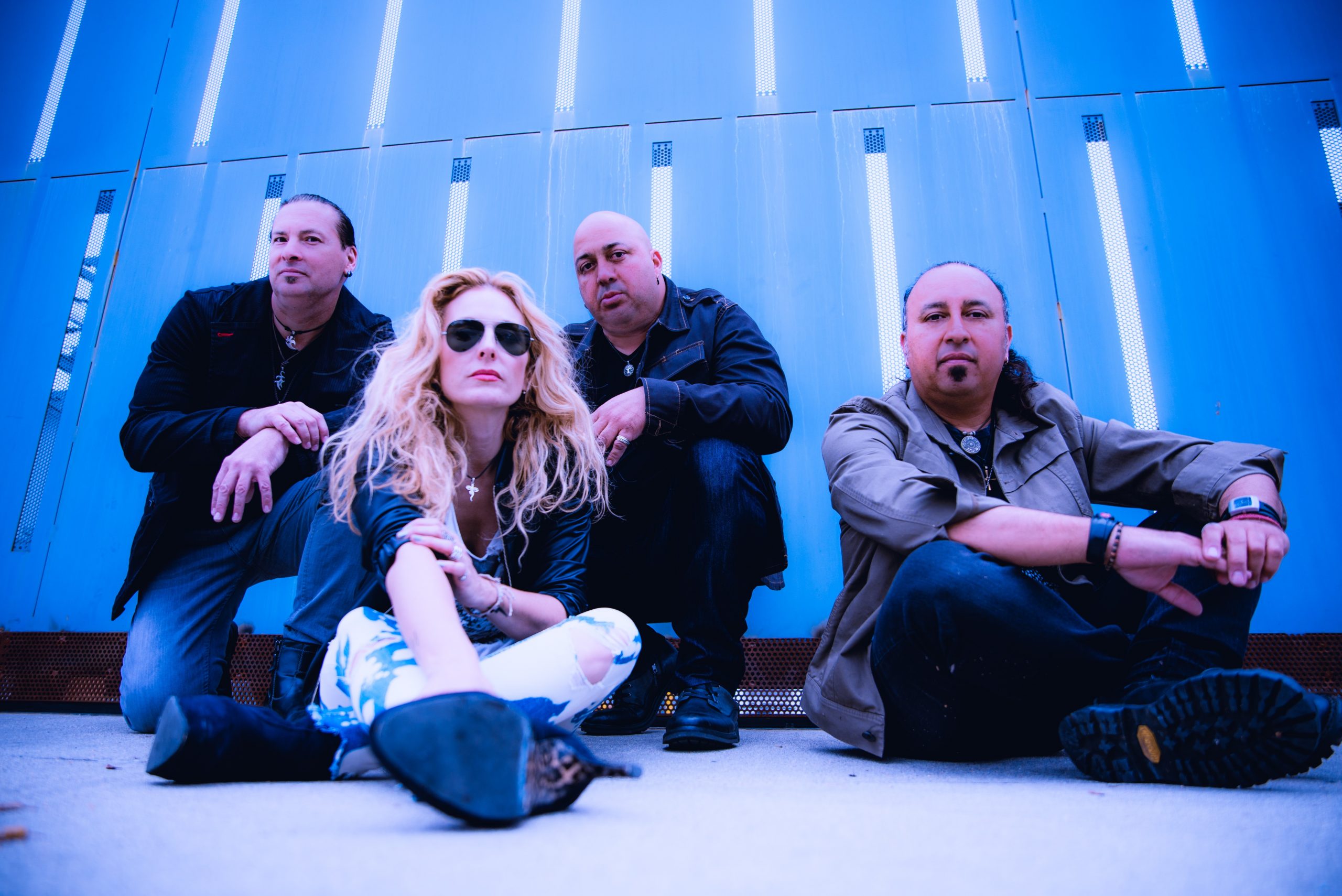 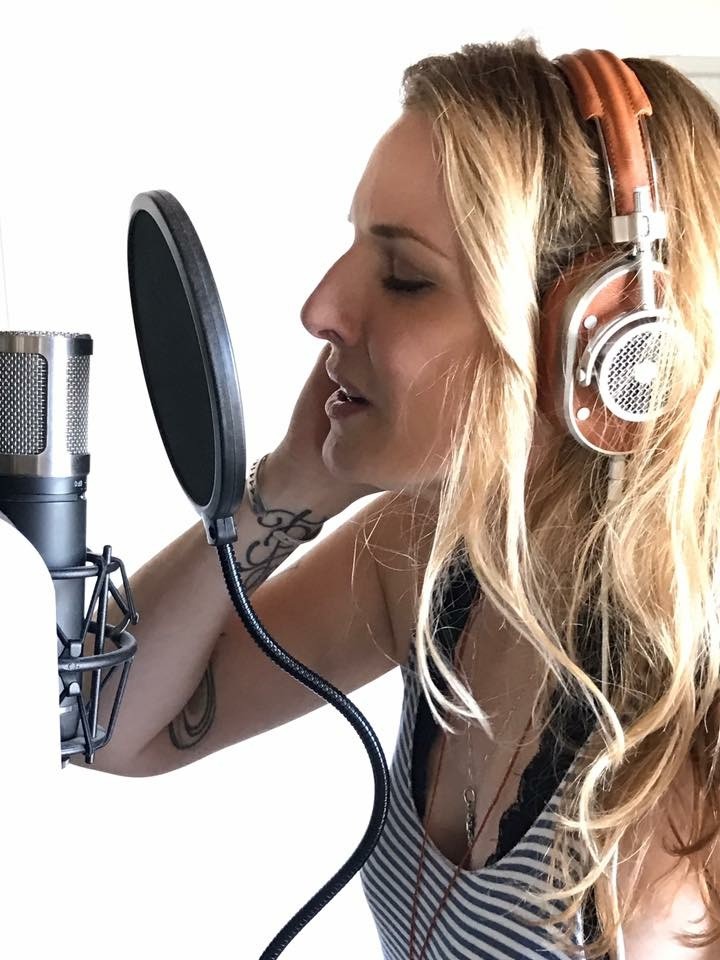 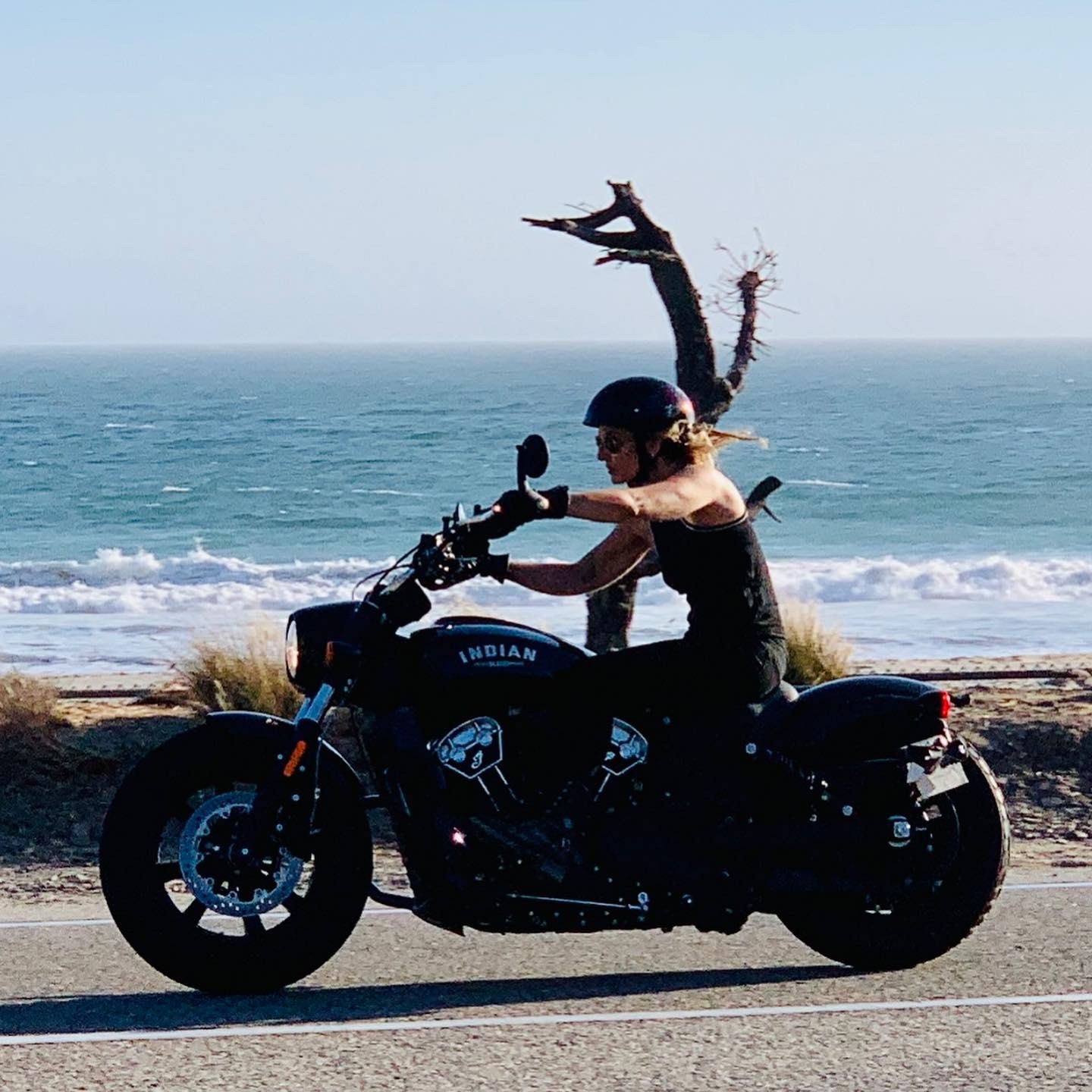 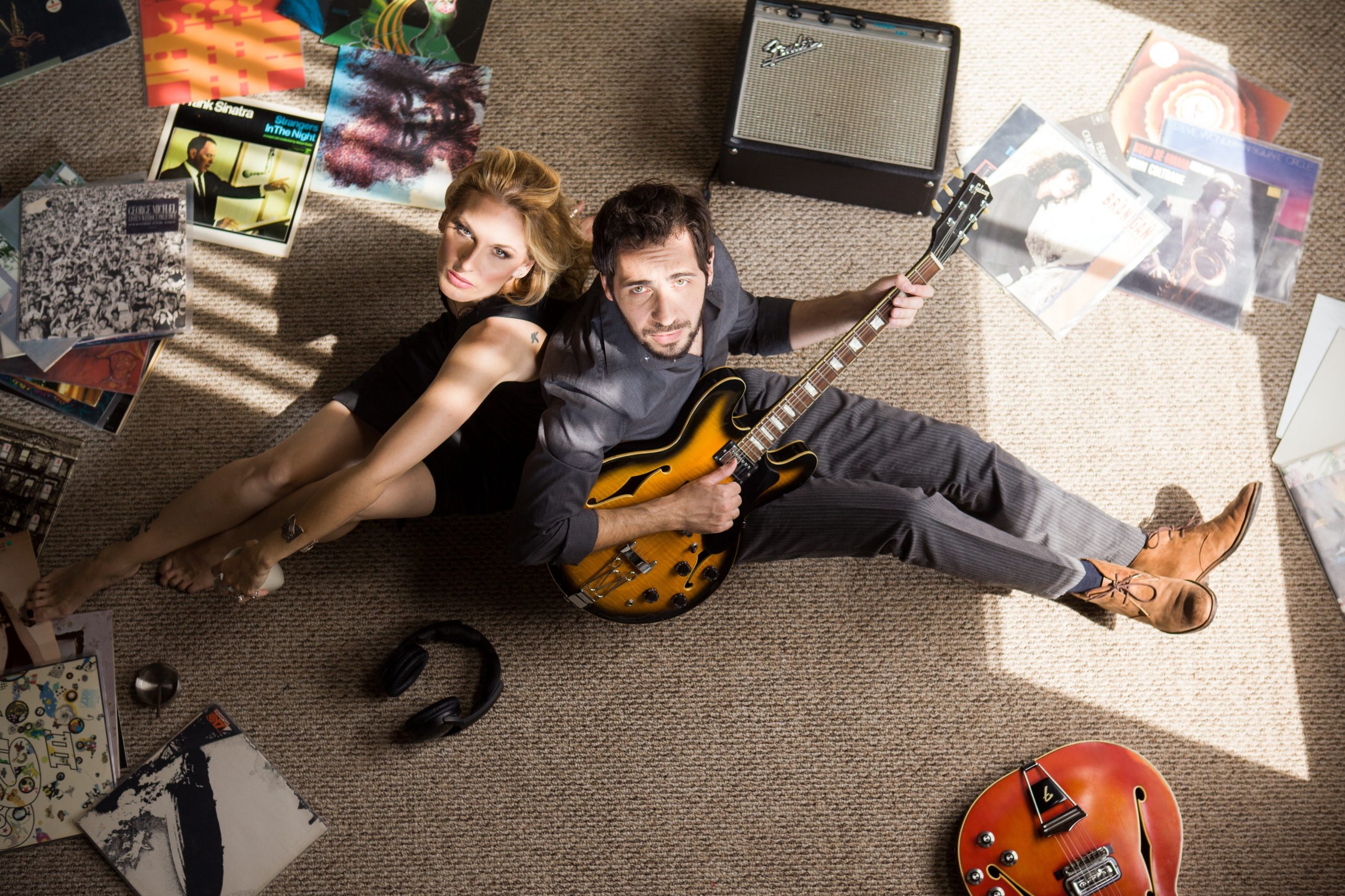 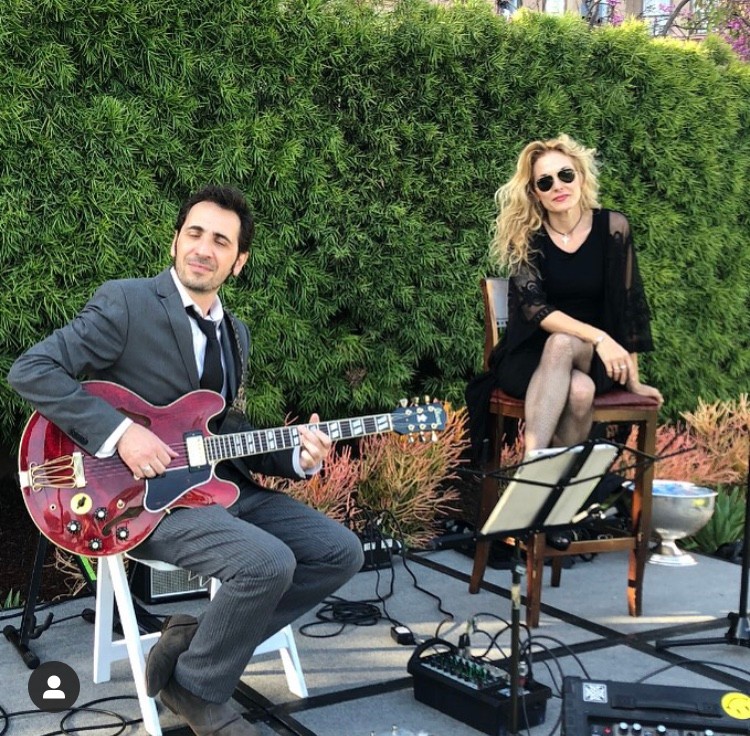 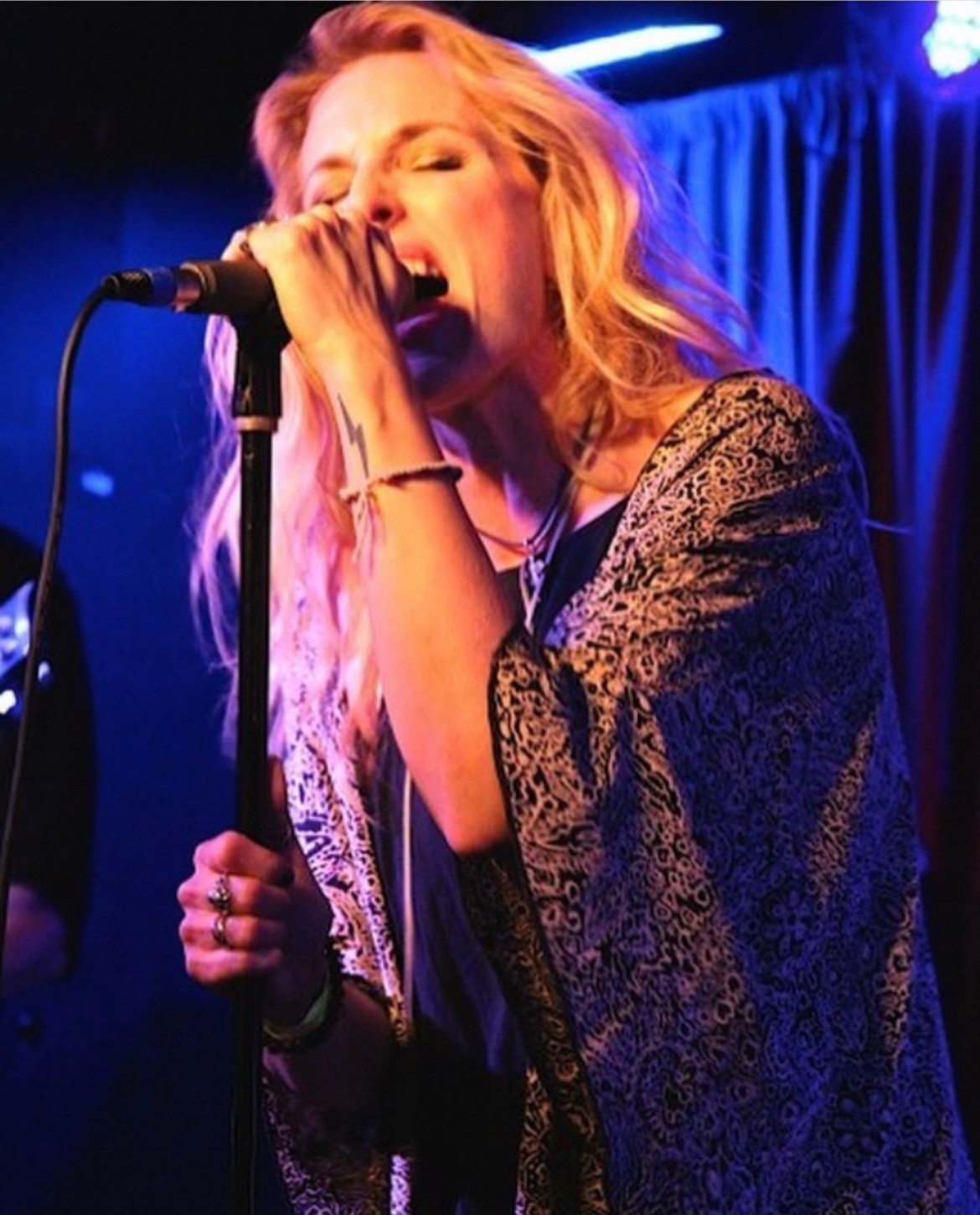 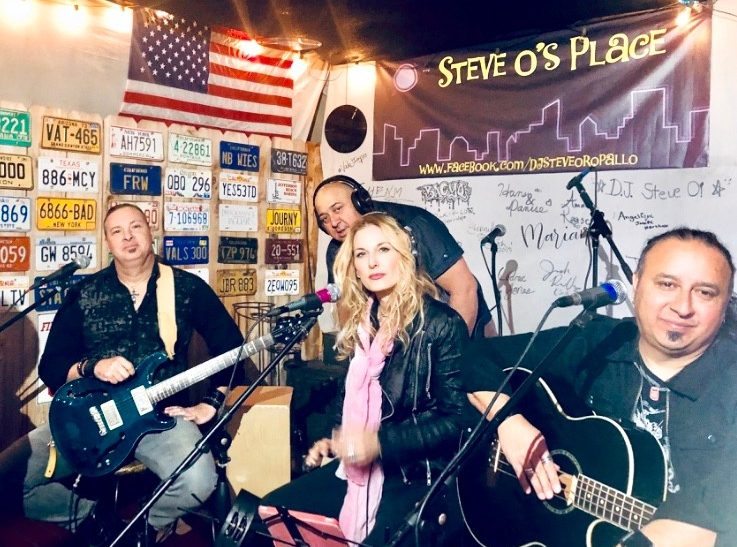 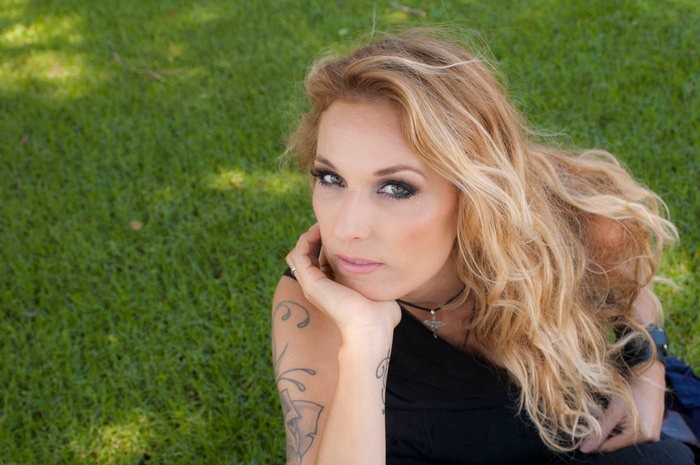