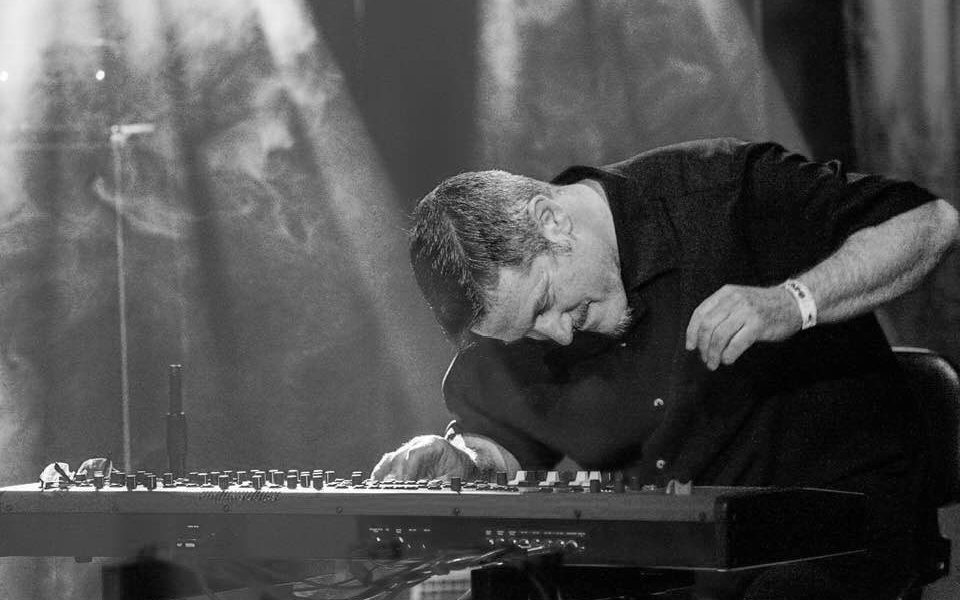 Today we’d like to introduce you to Josh Weinstein.

Hi Josh, can you start by introducing yourself? We’d love to learn more about how you got to where you are today?
I am a keyboardist and songwriter. I’ve always played music. My mother and grandmother were both professional musicians, and my father was jazz-obsessed former showbiz type as well. So, there was music everywhere. Because mom played piano, there was always a piano close at hand for me to bang on.

From the first time I used the piano to play songs, I used it to write music. Composing/songwriting has always been how I’ve interacted with music. I also always listened specifically to what the piano/keyboard/organ was doing on recordings. I definitely had some sense, while I had those big headphones on, that music was a thing that humans did. I knew it was what I’d do.

Career-wise, I’ve bounced back and forth between playing piano for others (sideman stuff) and playing “as me” doing my original songs.

I’ve released a couple of albums of my own material. The first one gave me that “listening to the radio and hearing my own song” moment back in NY, which was cool. But it’s definitely a “first” album. The second one got me an in-studio on a pretty influential station back east and, because it ended up on their “Best of” list that year, it also landed on npr.org’s list of best albums.

The third one–my most recent, until the one I’m working on now comes out–did nicely. It got a fair amount of “left end of the dial” airplay, and the instrumental version we released was sync-licensed by MTV for a couple of their shows.

Since then, I’ve mostly played “commerce” gigs and been the keyboardist/organist on “other people’s original music.” I find it very satisfying to crawl into the artist’s brain and try to hear “as” them–to try and bring to their songs what others have brought to mine over time.

Now I do a lot of session work and live dates, and am working on a long-delayed original release for later this year. It’s an ambitious album and I’m thinking of it more like a book or a movie, as I arrange the songs and compile the tracks.

Would you say it’s been a smooth road, and if not, what are some of the biggest challenges you’ve faced along the way?
I can’t claim it’s been smooth. As sure as I always was that music was where I’d end up, I had some pretty loud voices deterring me from the music life as a career, even those in my family who had done it successfully. I spent a fair number of years really trying to heed those voices and keeping a “real” job during the day while writing and playing at night.

For a while, it was great because I was playing music four or five nights a week and living off that income while putting my “real job” money in the bank. But eventually the “real job” took over. I specifically remember this awful moment of sitting at my piano and not being able to remember or find any “music” there. I just figured this was grown-up life, and I was one more of those guys who “used to play music.”

This was in NY. I lived two buildings south of the World Trade Center. And I was home for the September 11 attacks. There is more to this story, but at one point, as the South Tower started collapsing, I had to run down our stairs in the pitch black, and prepare with certainty to die there. There was no question in my mind it ended there–not like in car accidents, where you realize later, “Wow, I could have died.” This was the understanding that it was going to end in those stairs. That’s a very different feeling.

I had time during that scramble to run a monologue in my mind. I felt foolish for having chased money to impress others–I felt I’d wasted a life. I felt profoundly disappointed in myself. And because I also watched so many people die that day, I ended up feeling that it was disrespectful for those of us who lived, to then be “dead in life.” I felt we owed it to those who died, to keep the overall level of life the same.

So, I quit a well-paying job in advertising and have done music full-time again ever since. That’s also when I had kids–again, “life in life.” Along the way I ended up out in CA for a Master’s and Doctoral program in music, and now addition to playing/recording, I teach private lessons and college classes.

There are still those in my life who think of me as my advertising self, down to the salary, even though I only did that for a couple of years, and have done music for decades. That can be a challenge as well. There can be a cultural perception that music is a kind of indulgence and if you could do a “real” job and choose not to, you are shirking in some way. But I can’t find a part of me that sees it that way. In my mind, if you could do art and choose not to, THAT is shirking. Most of the artists I know who make a career out of it, are the most industrious and dedicated folks on the planet. We HAVE to hustle, so we do–not just to make a living, but because our art is what drives and defines us. We can’t not do it.

I feel ridiculously lucky, though. Every minute of every day, I am doing something I would be doing whether or not I were paid for it. Playing music, writing music, teaching others, getting to be with my kids. It’s the kind of life I’d be thrilled if my own kids ended up with. We who get to walk this path are the lucky ones.

Please tell us more about your career. We’d love to hear what sets you apart from others, what you are most proud of or excited about. How did you get to where you are today professionally. Was it easy? If not, how did you overcome the challenges? What are the lessons you’ve learned along the way. What do you want the world to know about you or your brand and story?
I do what I call a triple-hustle: I play piano/keyboard/organ for others, I write and perform my own music, and I teach (private lessons and college music-history classes).

As a sideman for others, I think my ability to hear what’s going on and help “landscape” the song or the moment might be a strength. I’m also fairly versatile, which is partially professional strategy, and also because I sincerely like a huge variety of genres; I can barely think of one I don’t like.

In my original songs, I think my strength might be a willingness to say whatever the song wants said–to disregard the fear that people might think something is literally true about ME, in order to say the thing, the song wants said there. I am also willing to stay with a song until every syllable is what it “should” be, and to keep being skeptical about why I included certain lyrics or chords or sections. I think it helps to be disrespectful of your own tendencies as a songwriter, to ensure you’re doing what the song wants, and not what your ego or habits want.

As a teacher and prof, I think I excel at making potentially esoteric ideas graspable by students of any level. There are many ways “in” to an idea or process; it’s the educator’s job to find that way for each student. Those “lightbulb” moments are the ones I’m proudest of in that context.

What matters most to you?
My kids, first and most. Living an honest and fulfilled life. Cutting the bullshit. Keeping perspective. Humor, particularly in the face of unfunny events or moment. Petting all the dogs. 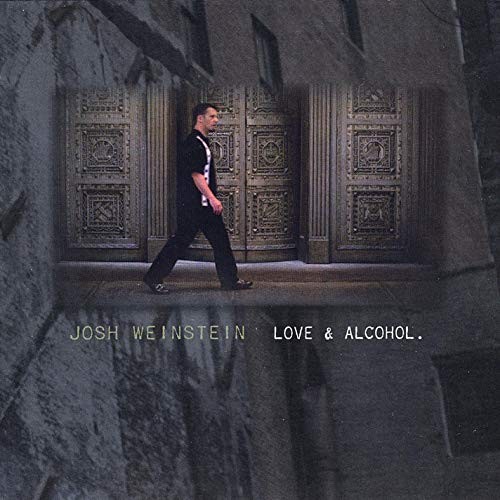 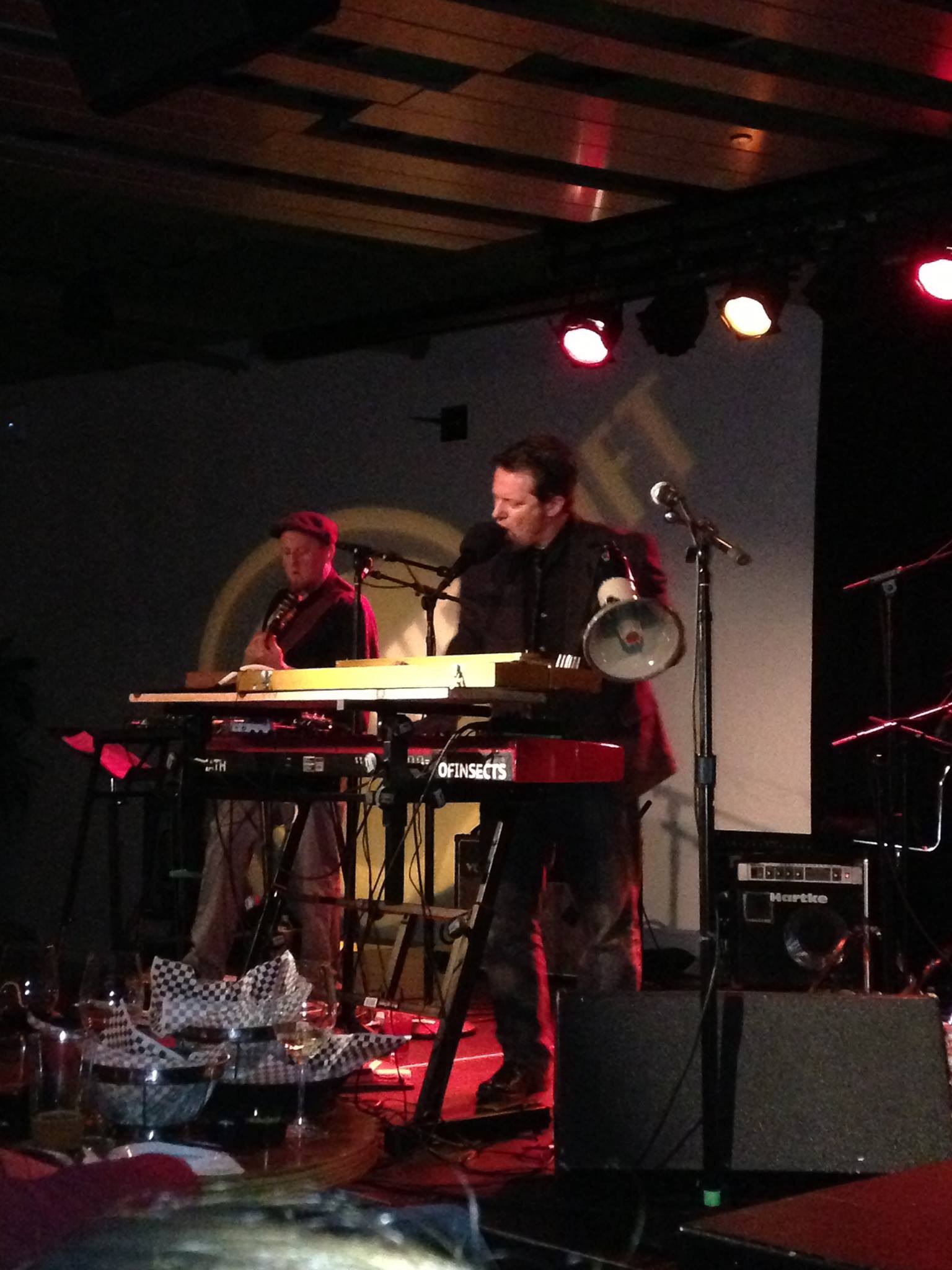 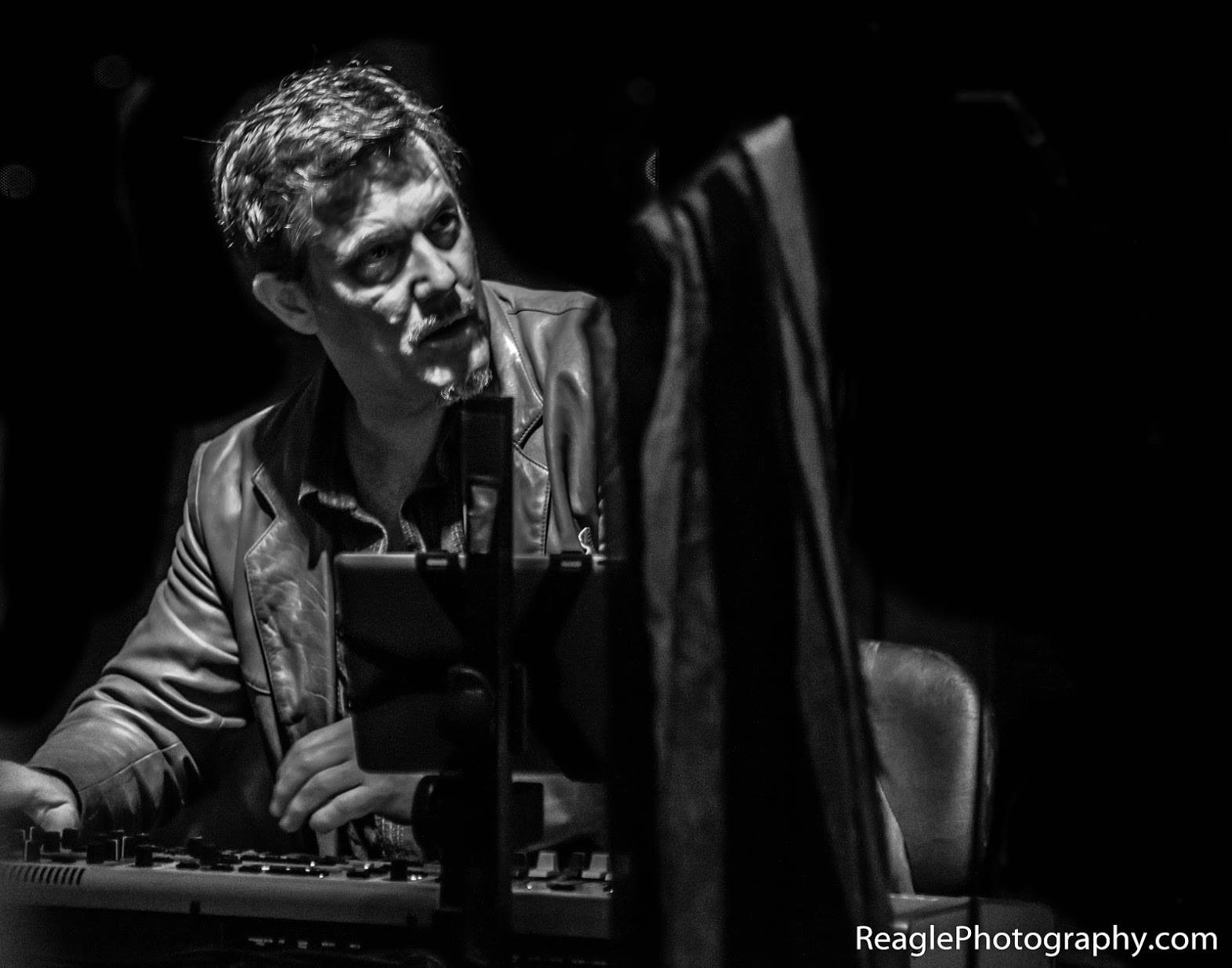 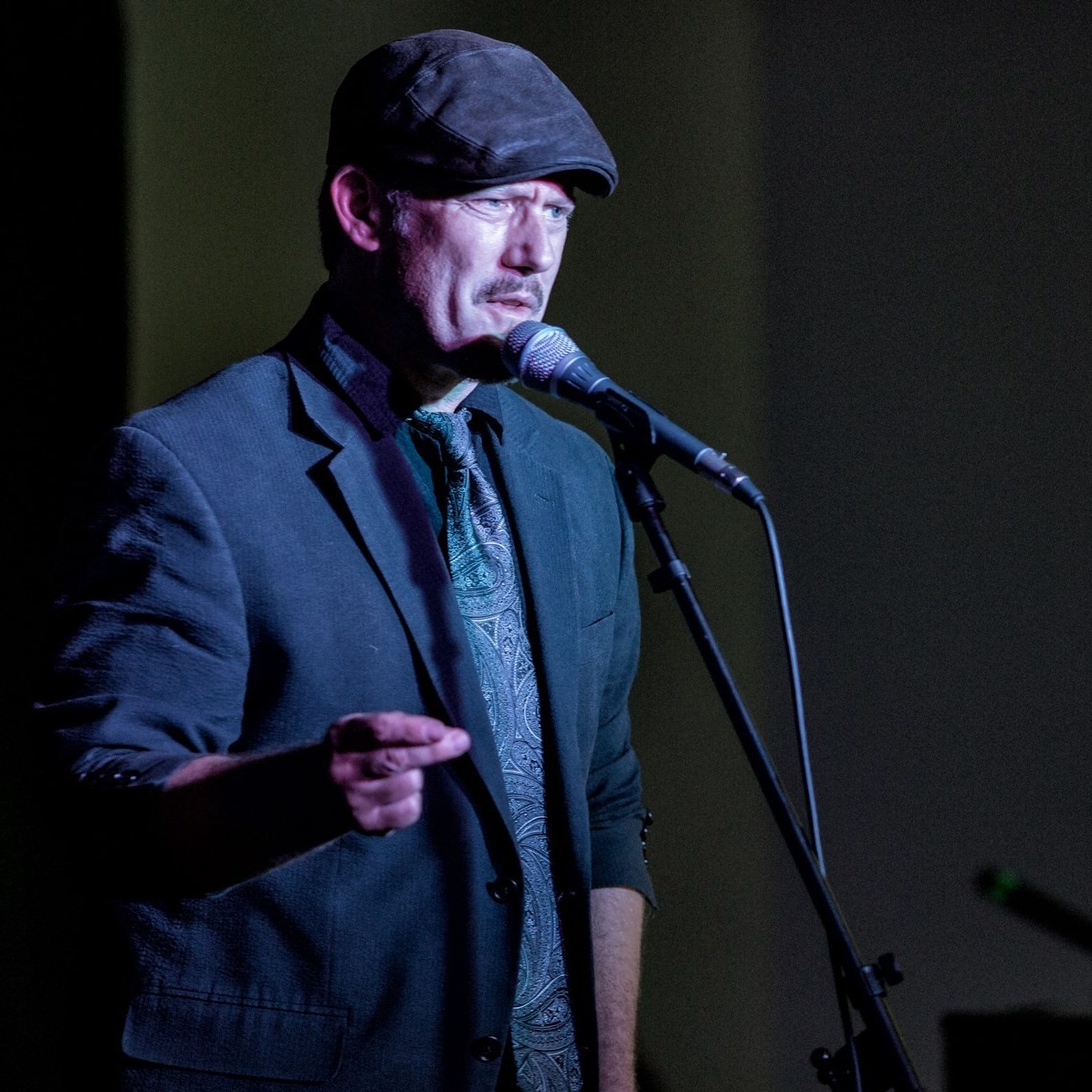 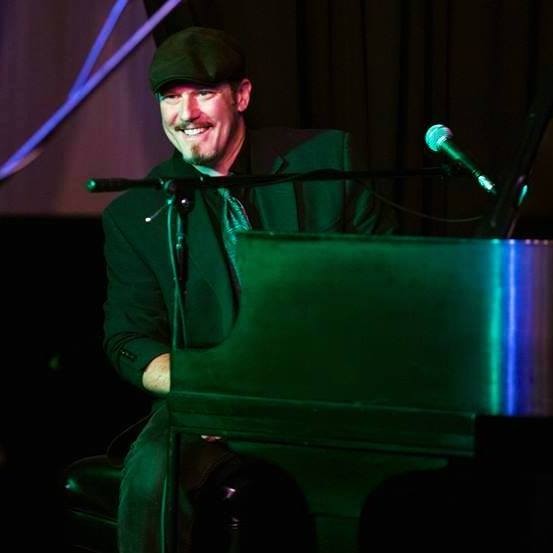