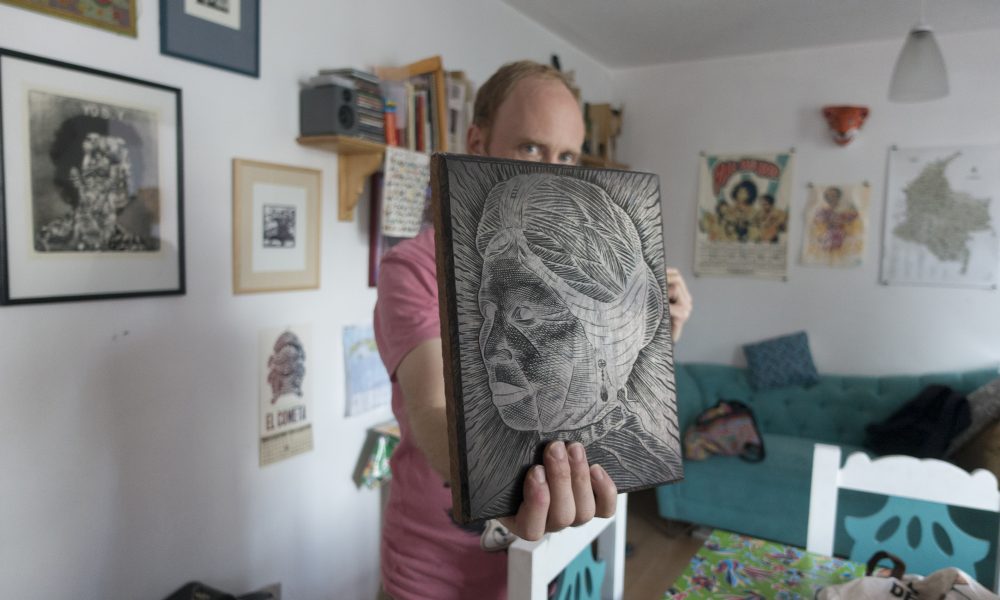 Today we’d like to introduce you to Alec Dempster.

Alec, please kick things off for us by telling us about yourself and your journey so far.
I was born in Mexico City but memories of childhood are mostly garnered from family and gleaning through the old photo albums. I was five when we moved to Toronto and I grew up as a Canadian in between my parent´s cultures. My mother is French and my father is British. My aunt was a painter and spent the last 40 years of her life doing portraits in Jakarta.

When my grandfather retired from diplomacy he found solace in landscape painting wherever he went. My sister is a photographer and fiber artist. As soon as my mother retired from teaching French she became a prolific artist. At university, I abandoned the desire to be a guitarist and holed up in the printmaking studio. Soon after graduating I moved back to Mexico with faltering Spanish that quickly improved as I began my career as an artist and assimilated into Mexican culture.

Tepoztlán, the town near Cuernavaca I moved to had just kicked out the mayor and the police in response to a projected golf course on communal land. Stone roadblocks guarded all the roads into town, and every night a torch-bearing procession from one of the eight barrios would descend on the town square to keep watch over the town hall.

The same year I spent a month with the Zapatistas in a remote community volunteering as an observer from civil society in an effort to discourage military abuses. Besides politics and protest, it was a productive time.

I am better known for the work I have done in the state of Veracruz where I became enamored with son Jarocho music and juggled music making, printmaking, oral history research and field recording for about ten years. During that period I produced two lotería games, lotería jarocha and lotería huasteca as well as ‘La jarana de Mario’ a children’s book about son Jarocho. To this day these are the images for which I am better known and they often used without my consent. Toronto became home again for a while and I spent a lot of time on music with Café Con Pan and then Palo Dado. I also published a couple of books about Mexico.

Now I have my studio on the northern edge of Mexico City. It has been full circle except that I grew up in the affluent Las Lomas neighborhood and now I´m in another hillside barrio on the opposite end of the socioeconomic spectrum.

Can you give our readers some background on your art?
Over the years inspiration has come from so many sources that it would be difficult to summarize. What I do is influenced by where I am, where I have been and circumstances that life brings to the table. Nonetheless, there has been a confluence of expressing something from within while trying to engage with and understand what is around me. Music has also been a constant.

I also illustrated a book of interviews with Heraclio Alvarado a Nahua violinist from Colatlán, Veracruz. All of these projects have brought me closer to Mexico I love and have triggered images I would not have been able to imagine otherwise. Last year I also worked with a Colombian singer-songwriter to illustrate all the tunes on his new album called ‘Americanotl’. I was afforded the liberty to bring my own experience and very personal interpretations of the songs. This project also allowed me to travel to South America for the first time.

Now I am working with Raúl Eduardo Hernández, another Mexican poet, on a portfolio of ‘refranes’ popular sayings often laced with double entendre.

How do you think about success, as an artist, and what do quality do you feel is most helpful?
Success is a bit like the saying ‘The grass always looks greener on the other side of the fence’. Due to the persistent way in which so many of us selectively promote our achievements on social media, it’s easy to feel like other artists are more successful. Even more so if we rate our achievements based on likes and followers. I fight against that feeling but also recognize the efforts of others in my field and try to learn from them.

I have not yet found the economic remuneration I would like but I feel that I have been successful as a purveyor of images. Particularly in Mexico, where the work I have done over the years is appreciated and appears regularly in surprising places. I would not claim that there is one definition of success for an artist.

In my case success has been maintaining consistency by following the path I have chosen and growing in however small increments from one work to the next. In spite of my limitations, I believe that my artwork is an honest and personal expression of who I am and how I see the world around me.

What’s the best way for someone to check out your work and provide support?
You can support my work by acquiring a print or commissioning an illustration. I also have a couple of books; Lotería Huasteca and Lotería Jarocha published by Porcupine`s Quill Press. This November I am curating an exhibition at the Open Center for the Arts in Chicago called Tierra Herida (Wounded Earth) with 50 printmakers participating from 17 countries.

I´ll be showing my prints alongside that show. If you are in Veracruz in October I have a show of prints at the University of Veracruz called ‘De Ida y Vuelta’. This fall I hope to present a portfolio of 10 woodblock prints. Follow me on Instagram or Facebook. 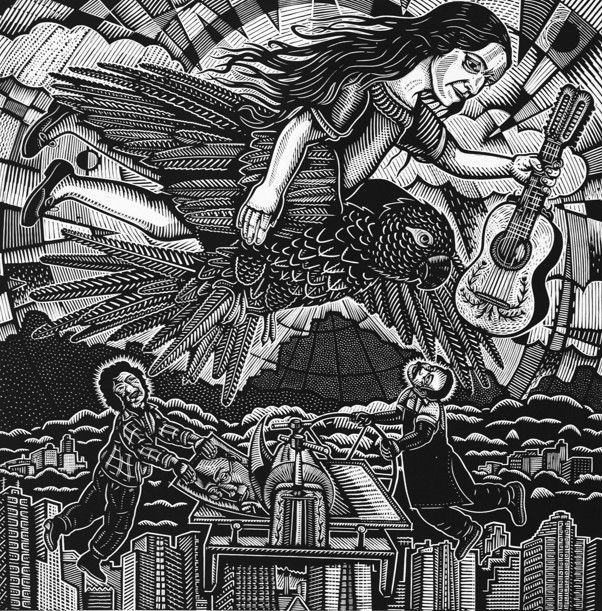 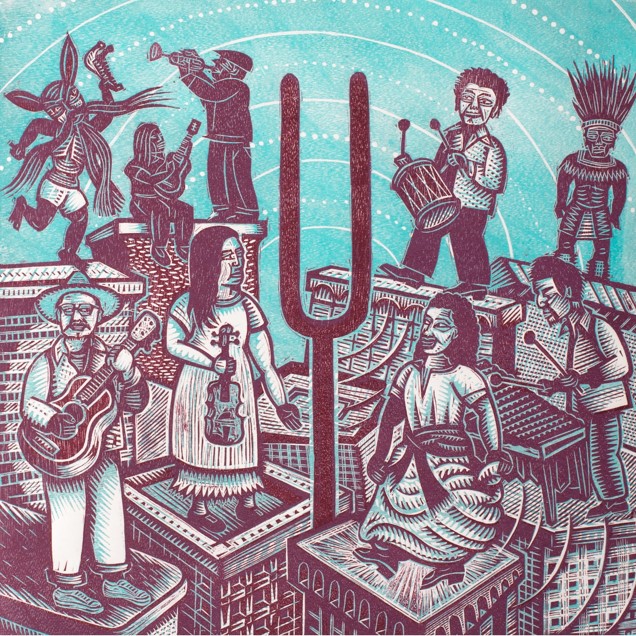 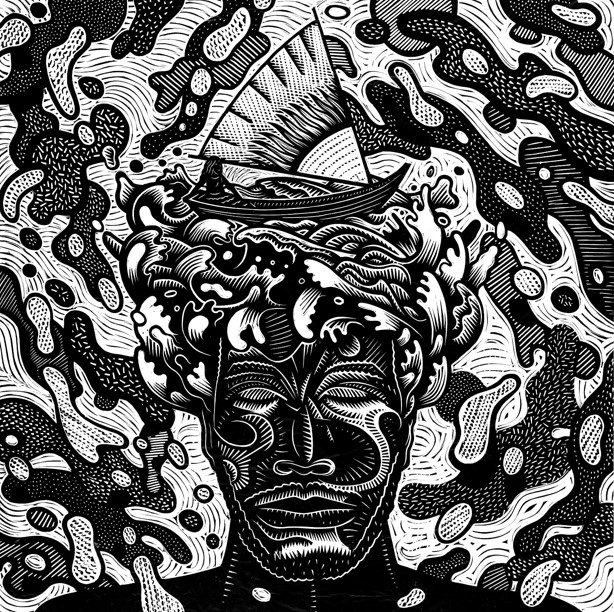 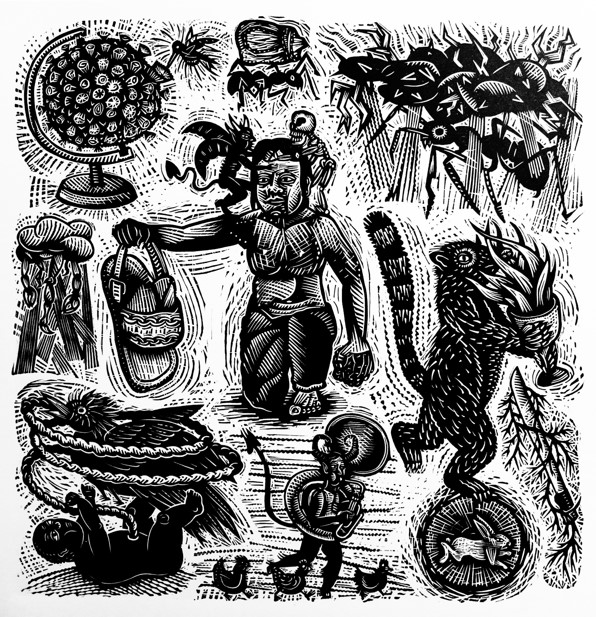 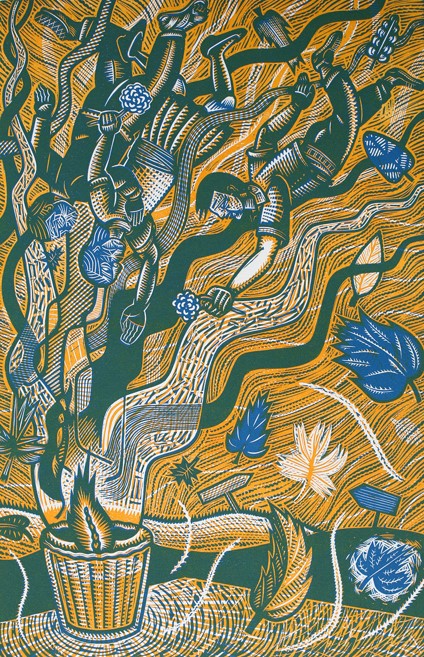 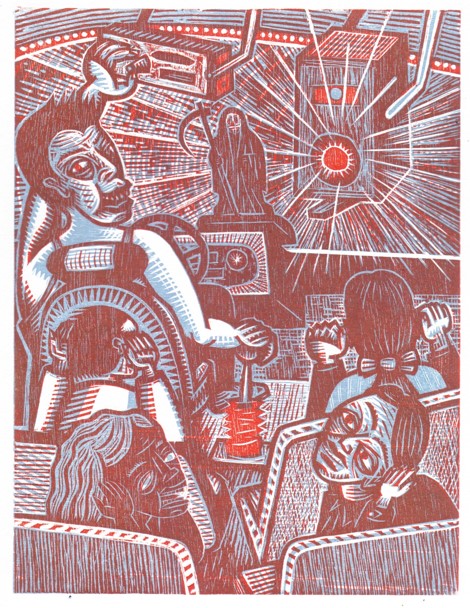 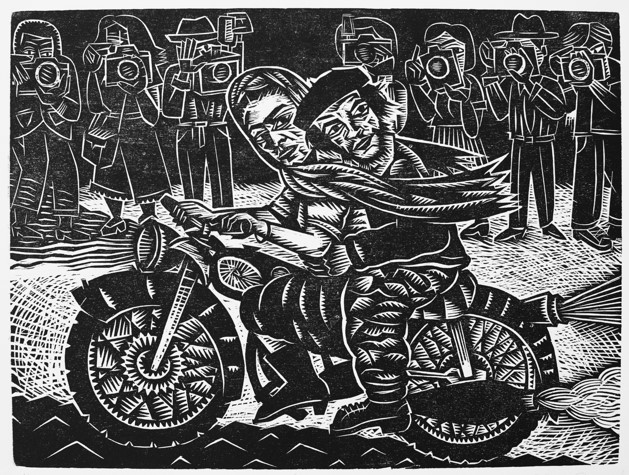 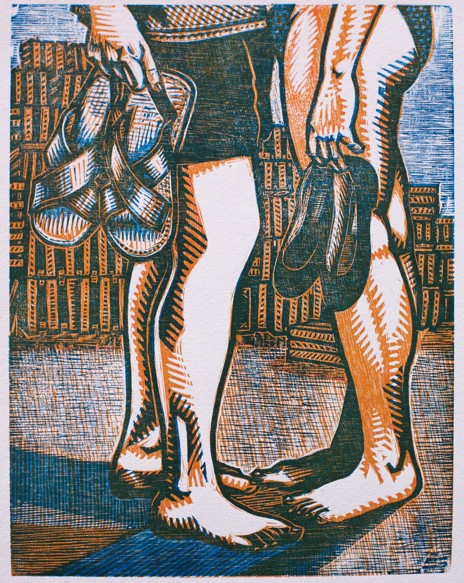