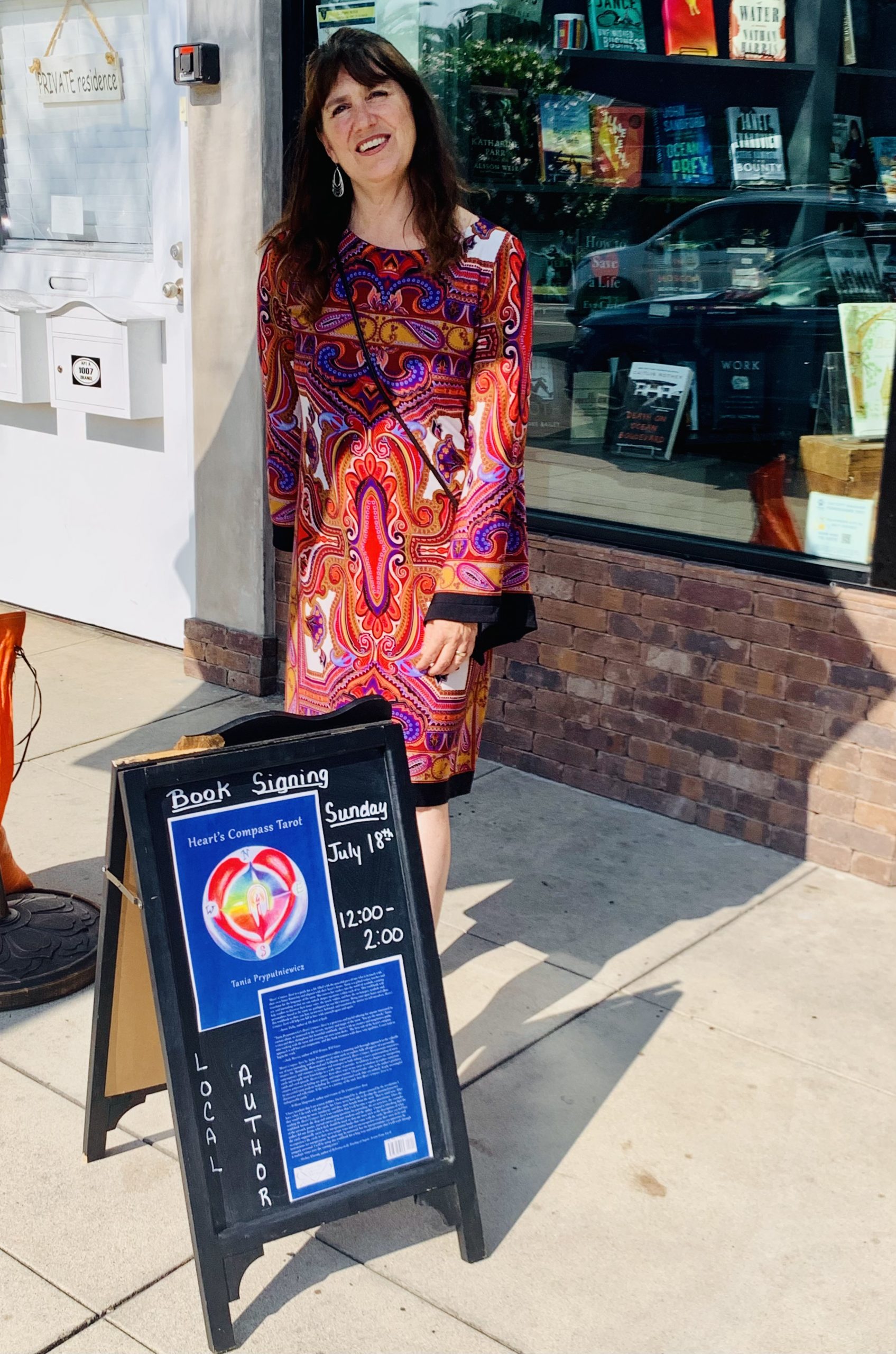 Today we’d like to introduce you to Tania Pryputniewicz.

Hi Tania, it’s an honor to have you on the platform. Thanks for taking the time to share your story with us – to start maybe you can share some of your backstory with our readers?
What would inspire a poet to write a tarot book? When I was an undergraduate student at UC Davis, I found myself repeatedly struggling as a lover. I discovered a tarot deck tucked in a bookshelf one day and started using tarot to begin a conversation, in writing, in my journal, to look at my challenges with love. It was more of a rant—just getting the frustrations down on the page. And as a life-long journal-keeper and artist, the tarot’s brightly colored story cards and their organization around physical, mental, emotional, and decision-making aspects of life appealed to me as I began asking why I was attracted to unhealthy forms of love. As is true of all of us, I found that my buried pain points also held keys to opening doors to more joy once I did the work. That work involved witnessing and recording the patterns in writing, accepting them, and hardest of all, forgiving myself for having been a bit of a fool.

Back in college, writing daily to tarot cards in the middle of those self-destructive love relationships helped me gradually dialogue with my past. I began to recognize the influence of my experiences growing up on an Illinois commune and the experiences of growing up in a family impacted by undiagnosed and fluctuating mental health imbalances.

Mixed in with the confusing influences were inspiring ones: I grew up in a house full of music and art thanks to my musician and piano tuner father. And I grew up during the commune years wearing clothing my mother sewed by hand and eating vegetables we grew in the garden. And I grew up reading at an early age, discovering an eclectic variety of spiritual memoirs. We left the commune abruptly when I was 11 years old, not long after the leader was kicked out by group vote. This left me with a lingering mistrust of spiritual leaders and structures.

My father built a wooden house he parked on the back of a maroon 57 Chevy and we drove from Illinois to Northern California. After having lived off the grid, suddenly entering mainstream culture—encountering puberty, sugar, television, and twenty rowdy children in a classroom on the Russian River—was a shock after those more isolated years in the corn.

My tarot dialogue continued during my graduate years in the Heartland while I pursed an MFA in poetry at the Iowa Writers’ Workshop. Returning to a Midwest landscape woke up some of the commune memories and the tarot remained a healing tool. Ultimately, I was able to look at the disparate experiences to examine how they lead me both to trust and to mistrust in all manner of situations.

Roughly twenty-five years later (years filled with working with healers, reading cards for others, tarot journaling, writing poetry, and teaching writing) I combined my love of art and poetry and started drafting my own tarot cards alongside my students. The artwork on the cover of Heart’s Compass Tarot: Discover Tarot Journaling and Create Your Own Cards (released in February of 2021 by Two Fine Crows Books, 2021) is my version of the Fool card. It is an image of a heart with compass points North, South, East, and West for all the directions I felt pulled to love. I wouldn’t change any of those missteps in love from my past, for I am now able to work with a deep appreciation and empathy for the challenges facing others. I strive to use my classes to help others discover their own symbols to explore who they’d like to become. And I love encouraging my students to put themselves at the center of their own inquiry as they tarot journal, a process during which they can learn to develop intuition and be their own spiritual authority.

I’m sure you wouldn’t say it’s been obstacle free, but so far would you say the journey has been a fairly smooth road?
One of my early challenges was understanding the disillusionment caused by the leader’s alleged transgressions, meaning his public fall from grace, and us as “chosen children” falling too (a psychological rupture of identity). Not long after relocating to California, another challenge was working through the sorrow of my parents divorcing (an emotional rupture) and other experiences that fueled my anxiety and fear of life. I was grateful to discover the tarot as an undergraduate student and loved that I could lean on the tarot and be the mistress of my own oracle and work through layers of understanding at my own pace.

More recent concrete challenges include writing while raising my three children, and of course, the pandemic’s influence on the publishing world. Right when I thought, “How fun! I can head out into the world as a tarot muse, walk into a bookstore, run a live workshop, and share my library of tarot decks and experiences,” we found ourselves in a time when meeting in person or touching tarot cards was out of the question, at least in February, so I had to wait a bit to launch at Coronado Bay Books. I’ve had to adapt like everyone else, learning to teach over zoom. In fact, I just finished 78 consecutive weeks of meeting with a group of tarot journalers to write to every card in the deck. We barely met several times in person, poring over decks and books when Covid19 shut us all down, forcing us to transition and stay connected over zoom. It worked!

Alright, so let’s switch gears a bit and talk business. What should we know about your work?
While I continue to teach tarot-inspired writing and poetry classes, I am also revising a poetry manuscript about the childhood commune, a memoir-in poems (tentatively due out from my home press next year). I continue to create tarot improvisation artwork towards a tarot oracle deck of my own. Next year I’ll be using the tarot to teach a class exploring ancestry.

My greatest joy as a tarot muse is watching tarot take fire with my students: seeing them become inspired to discover more about themselves through the lens of tarot. I can’t wait to see the tarot decks the deck-makers of our times will create.

Is there something surprising that you feel even people who know you might not know about?
Even though I’m a self-professed wordsmith, my husband beat me in Scrabble on our honeymoon. It was raining for hours that day in Fiji so we stayed indoors for that fateful game as one tiny green gecko traversed the ceiling above us. I am super competitive (little known and embarrassing fact), so I promptly took my husband to the game room in the hotel where the ping pong table sat. I handed him a paddle, took up the other, and beat him in thirteen consecutive games despite the fact that he was and still is a well-rounded athlete with, at that time, eight of ten total Ironman races he would eventually complete under his belt. 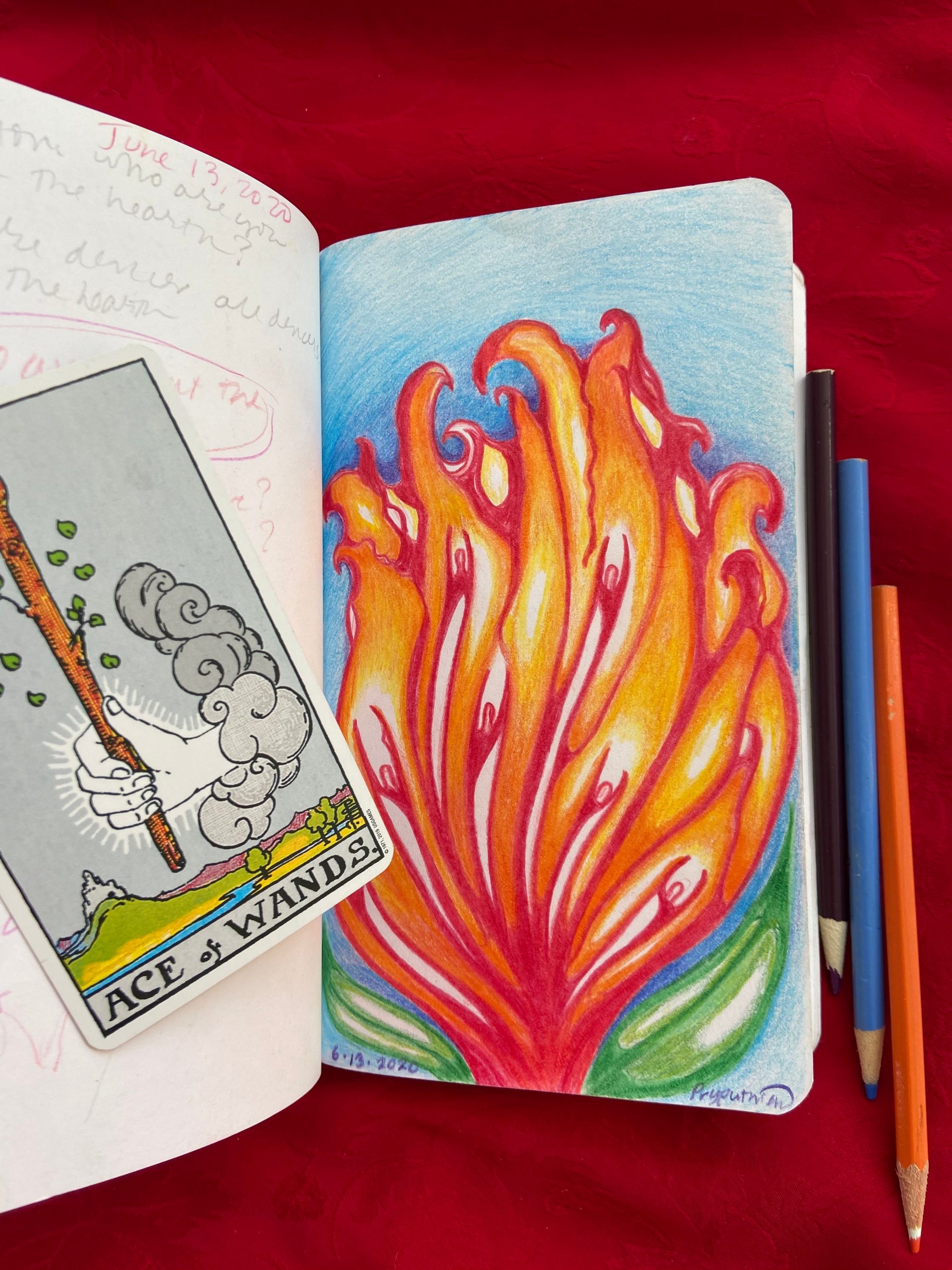 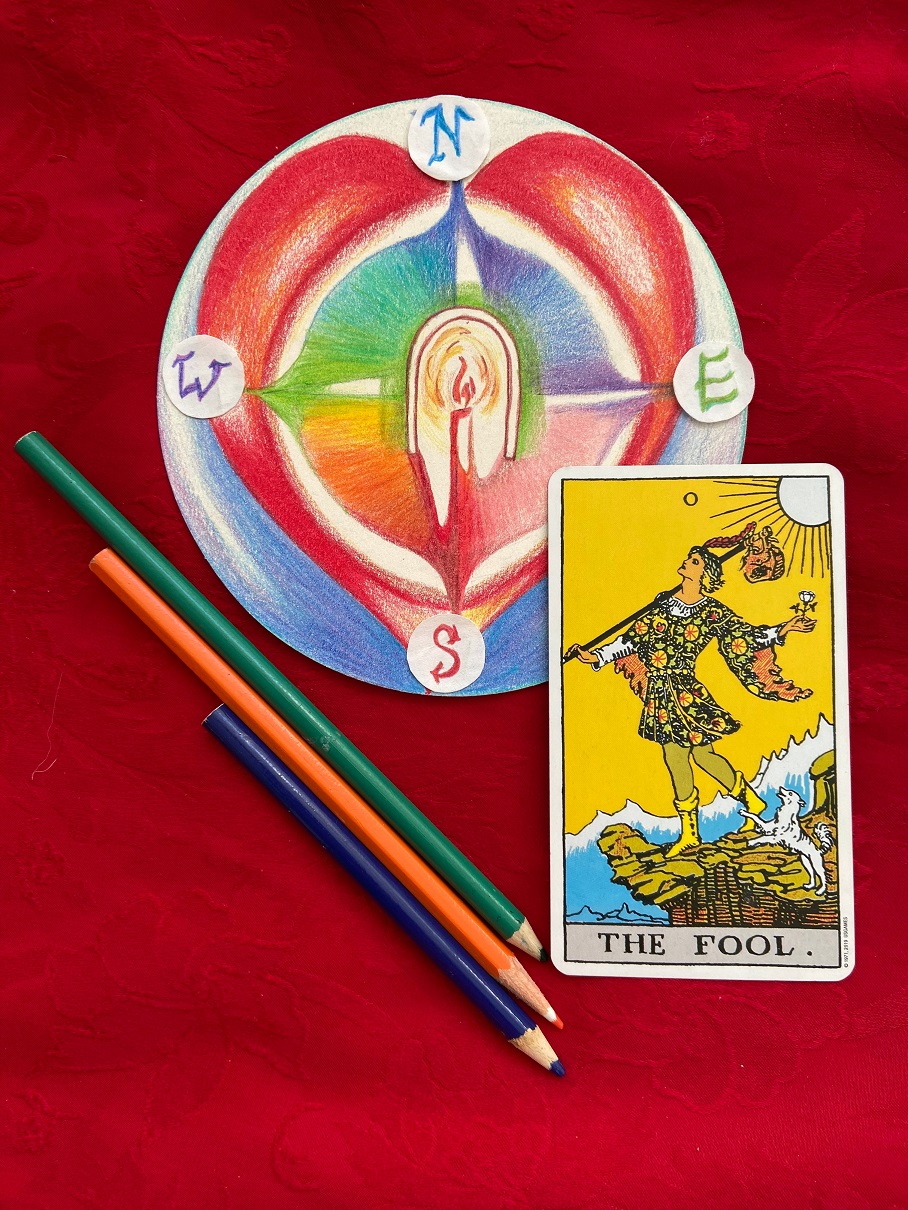 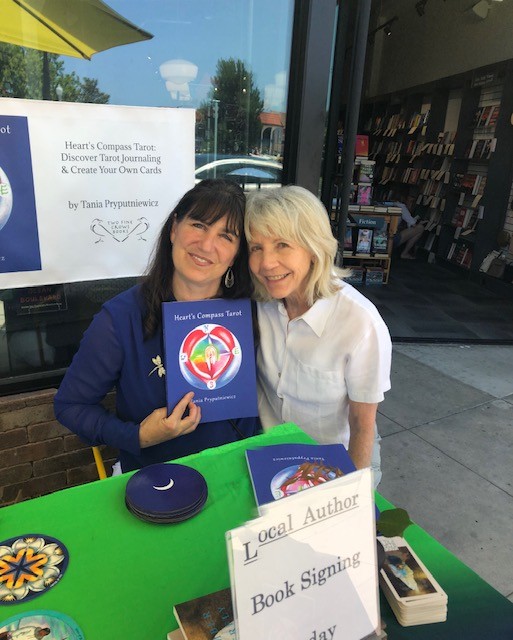