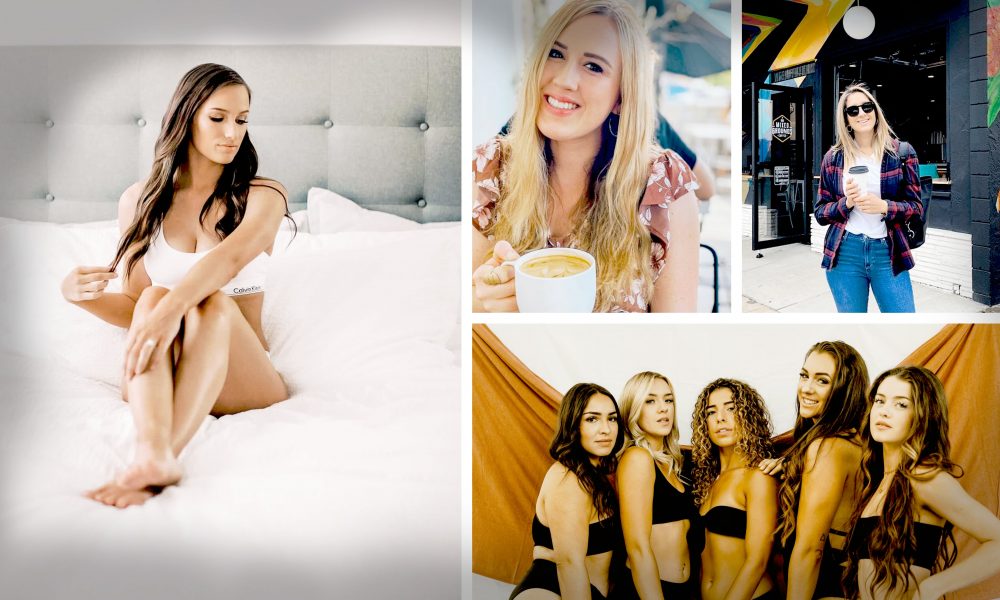 The heart of our mission at the SD Voyager is to find the amazing souls that breathe life into our city. In the recent weeks, we’ve had the privilege to connect with some of the San Diego’s finest artists, creatives, entrepreneurs and rabble rousers and we can’t begin to express how impressed we are with our city’s incredibly deep talent pool. Check out the rising stars from Old Town-Mission Valley below. 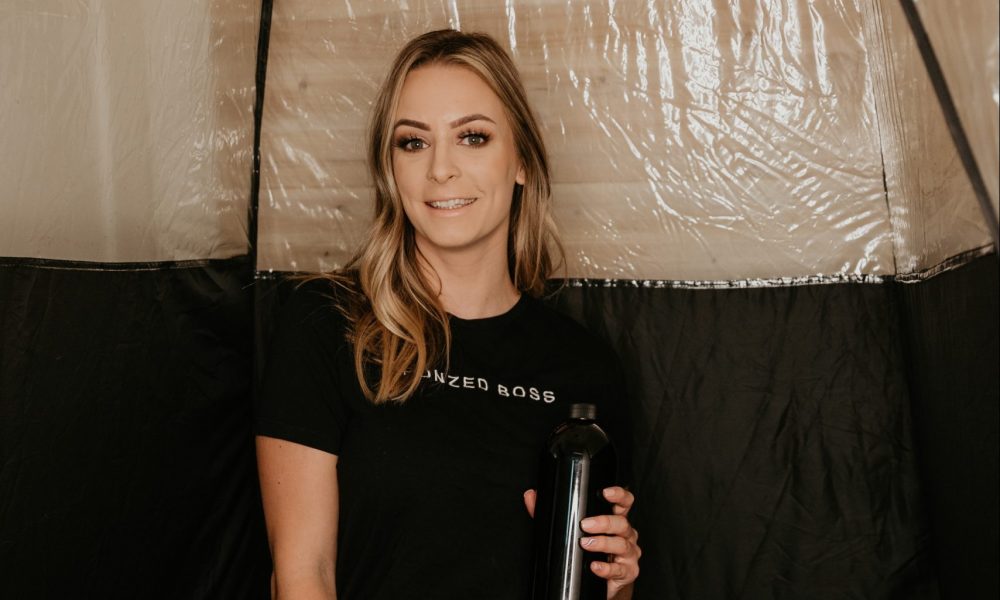 I started my business about a year ago with no intentions of what was going to happen. I loved getting spray tans and decided why not learn what it is all about? Learning this would give me a skill to help make women feel more confident. A few weeks in I began to have a real passion for it and decided to see what I could make of it. Almost a year later I am spraying both men and women at my in home studio as well as mobile. Read more>> 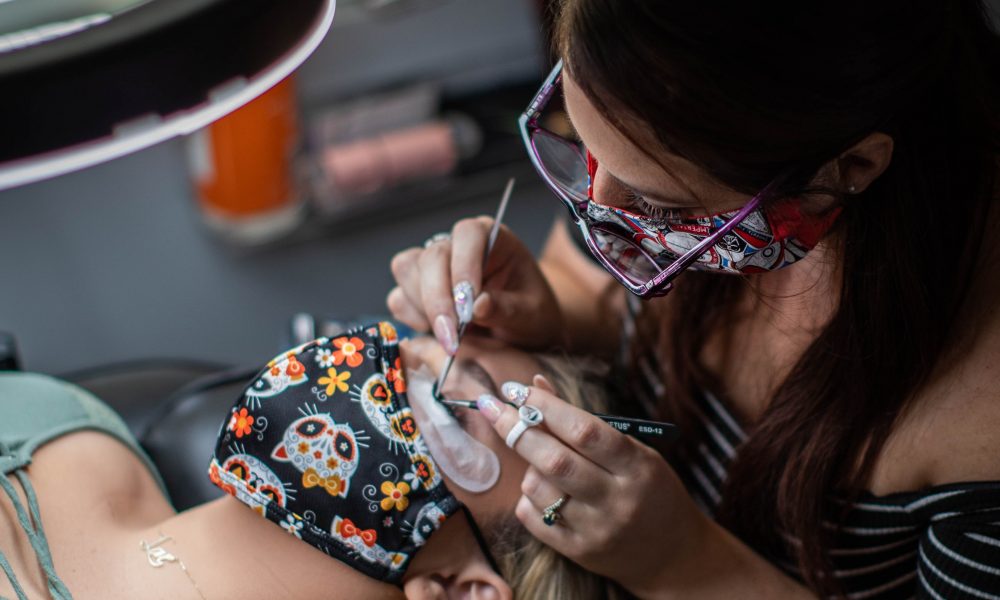 Originally from Colorado, I came to San Diego when I was 20 years old, about 13 years ago. Not knowing exactly what I wanted out of life, just knowing I needed a change. California has always had a reputation where I come from. The dreamers pack up, full of ambition and plans, only to come home a year or so later, defeated and disappointed. I promised myself that it would be different for me. As everyone told me “you’ll be back! see you next year,” at my going away party. My mom purchased my one way ticket, and I was off. I enrolled in beauty school with the plan of becoming a famous makeup artist In downtown LA, where I would know, that I had finally “made it,” therefore successfully proving everyone in my hometown wrong. “Do you know how many people dream of being Hollywood make up artists? You should be more realistic,” was something I heard often. Read more>> 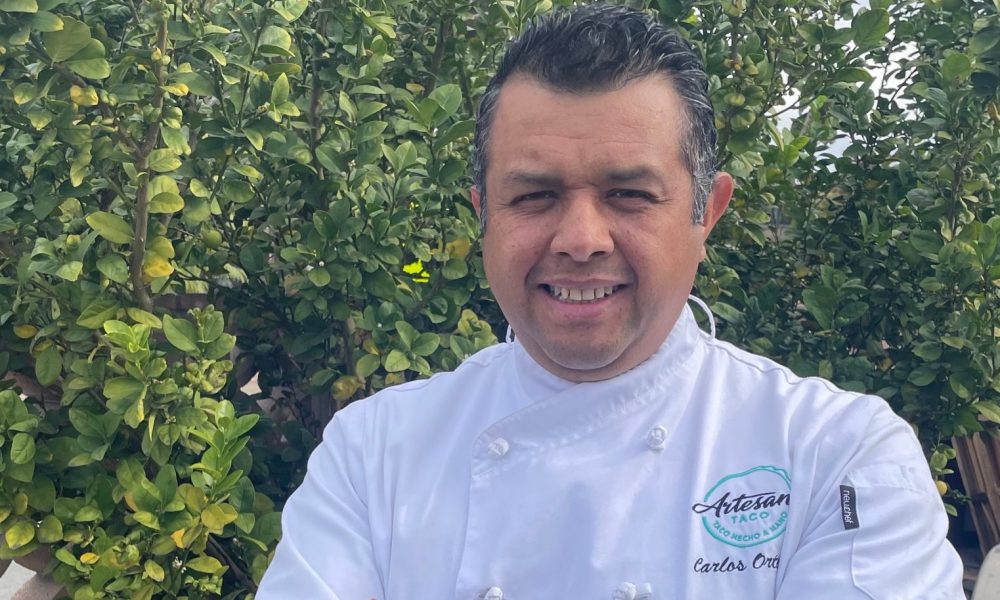 I began my culinary career working in many restaurants, including fine dining.  After making my way to San Diego, I began bussing and serving tables at a restaurant in La Jolla. I always had a passion for cooking, so I decided to enroll in the Culinary Arts program at Grossmont College. Around the same time, about 10 years ago, I started catering for small private events, saving all profit from events to one day get a food truck.  A few years ago, I had the lucky opportunity to purchase a food truck and, of course, I jumped at the chance.  It was like straight out of the movie Chef, I cleaned and fixed it up before being able to get it rolling.  In January 2020, my dream finally came true, we opened Artesano Taco and then the pandemic shut us down.  Thankfully, I was able to return to the restuarant who supported me alI those years – allowing me to continue taking care of my family.  Unfortunately, the restaurant I was working at didn’t survive the pandemic.  The unfortunate situation did motivate me to push harder and make my food truck successful.  I was finally able to reopen in August 2020 and have been slowly growing a following. We are so grateful for everyone’s support.  Because of such support, we are excited to share our new food truck is currently being built. Read more>> 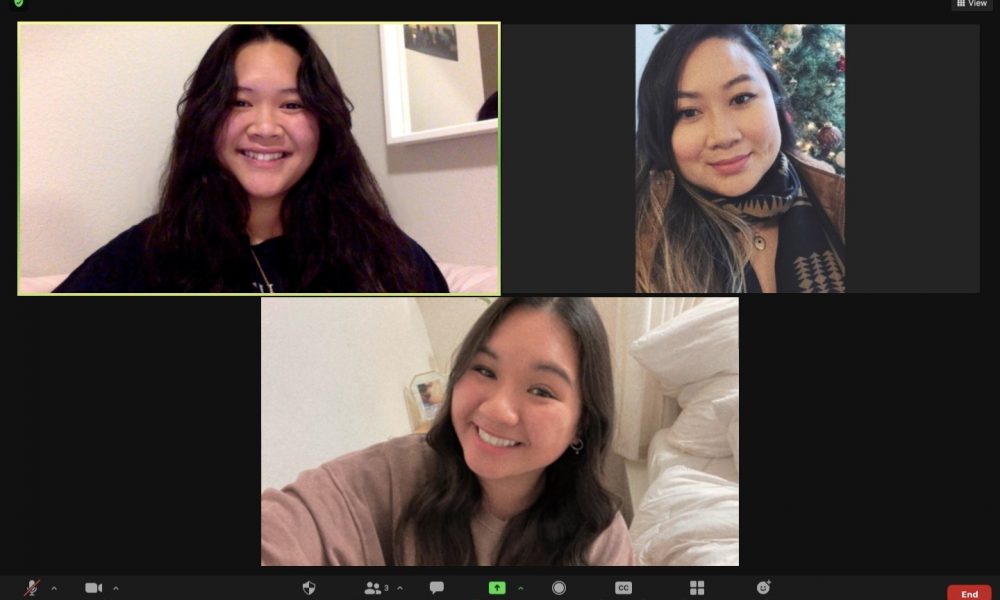 I am one of the co-founders of LaabLai alongside Jeanny Khamvongsa and Kandace Siphengphone. Jeanny, Kandace, and I come from an incredibly large, yet close-knit family spending the majority of our childhoods together. From playing to traveling to crafting to eating, we did everything together, so the creation of LaabLai came about quite naturally. We have always been a creative family, so with the encouragement and support from those around us, we took the next step in sharing our creations beyond our family group chats. Both Kandace and Jeanny were already eager to start a business and display their expertise with the public and I wanted to take this opportunity to take a step further in my career as an artist. Our shop’s goals and products are influenced by our interests as well as our culture. From music to movies to foods, we find inspiration in so many aspects of our lives.  Read more>> 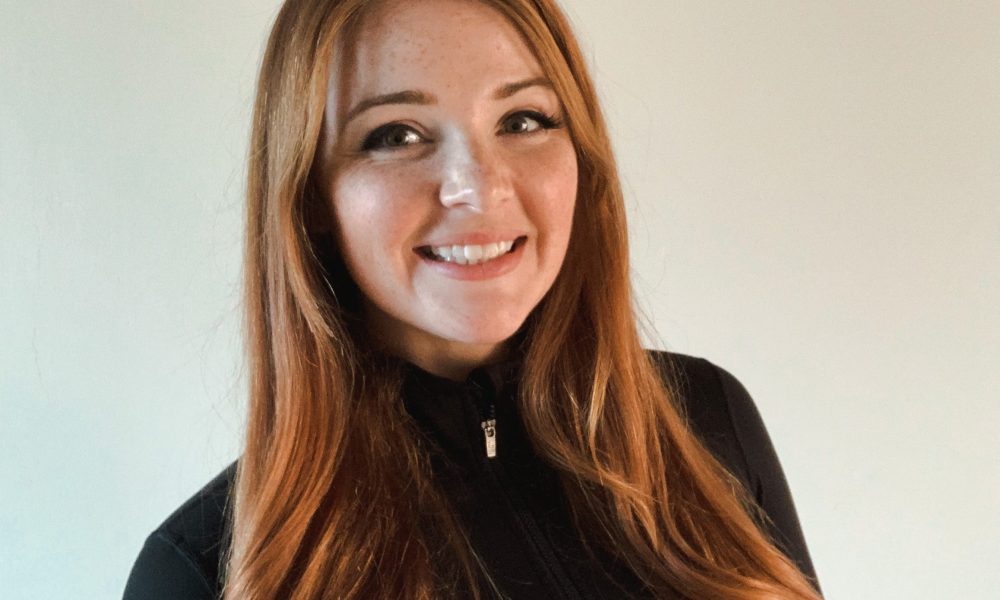 I started my personal training career in 2014. As a teenager I struggled to control my weight. After trying a variety of unhealthy ways to reach my goals, I decided to try it the healthy way. The healthy way scared me for some reason. I knew it required discipline and patience, two things I didn’t have at the time. I decided on a nutrition and fitness program and stuck to it, and after a while I met my goals. With each workout, my passion for working out grew stronger. My reason for working out went from achieving my ideal body to ‘let’s see what my body can do.’ I wanted to help other people the same way I helped myself so I decided why not make a career out of it. Read more>> 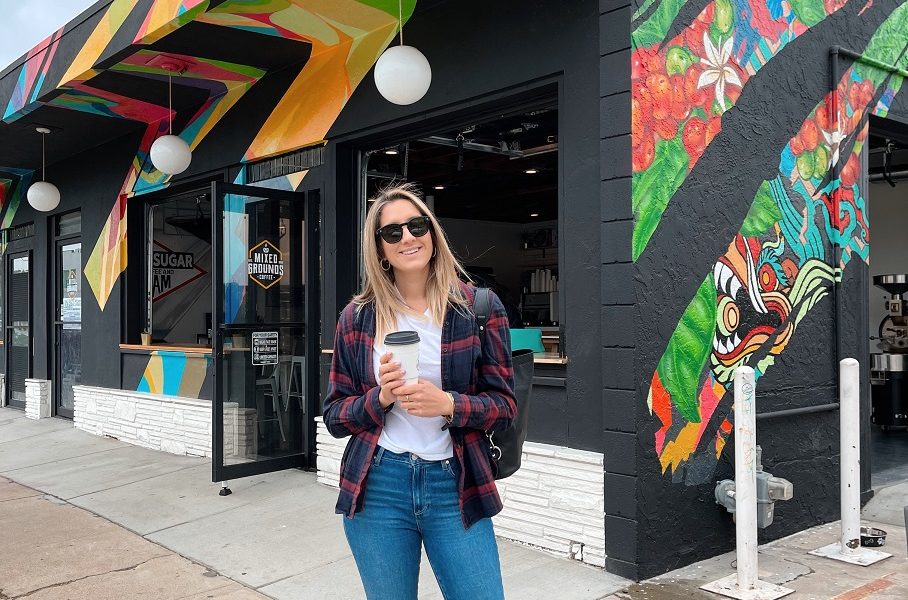 As a native San Diegan, I have great love and passion for my city. I have lived in San Diego all of my life, with the exception of my college years during which I attended USC in Los Angeles. There is just no place like San Diego, with it’s laid-back coastal charm and the exciting culinary world that has been getting increasingly more and well-deserved attention. (So exciting to finally have multiple Michelin starred restaurants in SD!) My boyfriend and I are major foodies and love to be the first to try all the new eateries in San Diego. Before I started Three Day Wknd, my friends, coworkers and family members would always ask me for recommendations on where to go and what to eat. Then suddenly it dawned on me that I should be sharing this online so that others can enjoy the best of San Diego too! In addition to providing people with recommendations, I truly love connecting with local business owners, chefs, bakers, baristas, bartenders and the like. Learning their stories, how they got there and what the invision for their businesses is so much fun. Read more>> 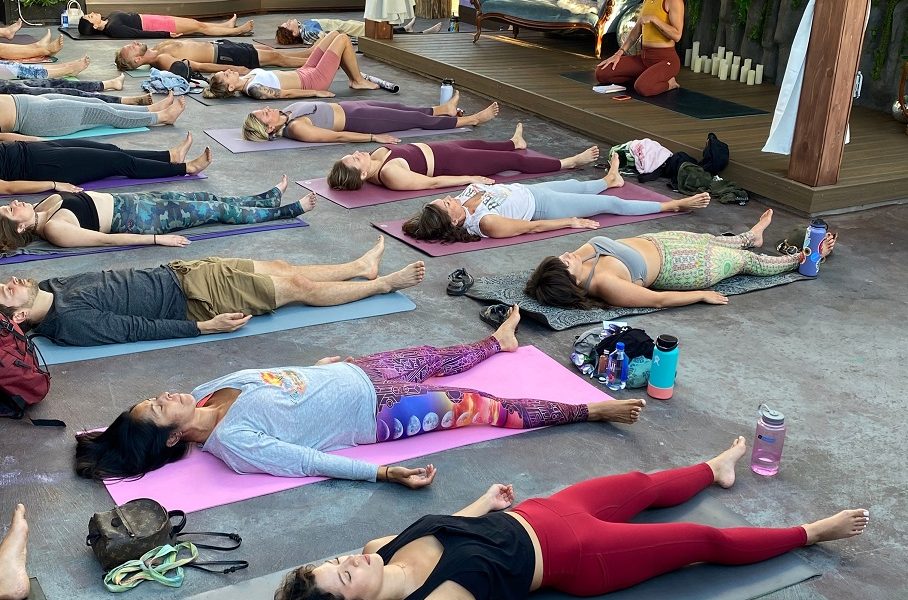 AwareWolf started out as an idea to give yoga teachers a safe place to teach during the pandemic, then quickly turned into an entire rooftop yoga and event space concept. When we launched our vision on the rooftop of Spin Nightclub we began to realize that we were building a community and culture that was much needed. We became much more than a space for people to move their bodies and attend cool events, we were a space to transform. Read more>> 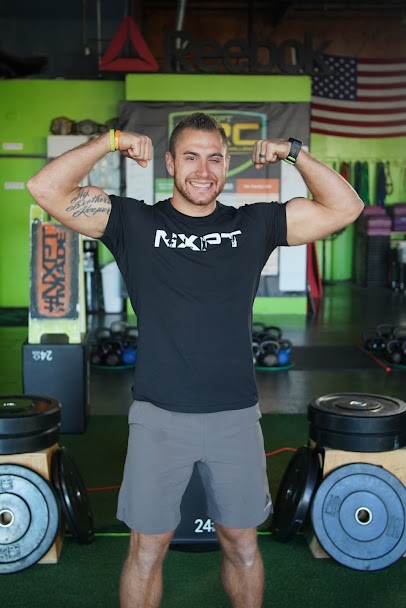 This all Started in 2008, Training in gyms like LA Fitness, 24 Hour, PAC, Fitness Together, BeingFit, you name the gym in SD in 2008 and you’d find me! On the side, I was a wrestling coach for my High School (El Capitan) and would strength train and condition athletes on the side and during off-season. Little by little I went from training my athletes outdoors to more and more clients and before I knew it, I had multiple groups 3 times a week running through conditioning programs in parks from Del Mar down to El Cajon. In 2011, I began renting space in other studio gyms to hold my training sessions and group classes, and in 2014 I signed my first lease making NXPT a stand-alone fitness studio! NXPT started as No Excuses Physical Training, and through the years of developing experience, learning from our growing industry, competing in multiple sports and sides of fitness, and of course trial and error, we established a unique and well rounded approach to group fitness. Read more>> 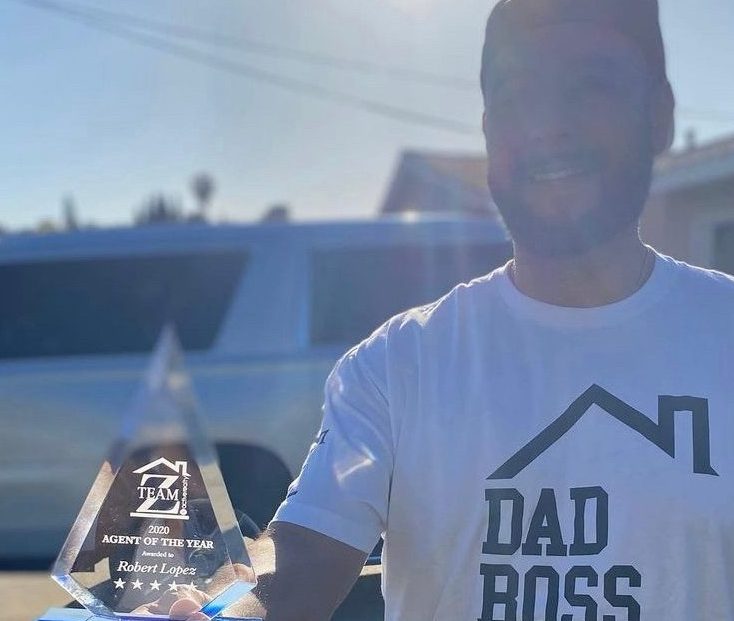 I moved to San Diego in 2008 on a whim and a dream to become a professional poker player. A few buddies decided to come down and we landed a spot in pacific beach. Met my wife about 3 years later on the beach lol yes dream come true. I worked in the food and beverage industry for about 17 years, I managed Searsucker downtown and Lou and Mickey’s as well. I ended up going to culinary school at San Diego Culinary Institute and graduated form there in the summer of 2017. Right after that, I was able to get my real estate license in the fall of 2017. The first 7 months of 2018 were rough, I was only able to close 3 deals with my brother while working full time and both jobs. I ended up switching brokerages and teams and my business has taken off ever since then. My wife and kids are the biggest reason why. Waking up to them and putting them to sleep everyday is why I do what I do. Right now I am a Team Lead with the Zandra Ulloa Realty Group. Top producing agent and was able to secure agent of the year last year while only being on the team for 6 months. Read more>> 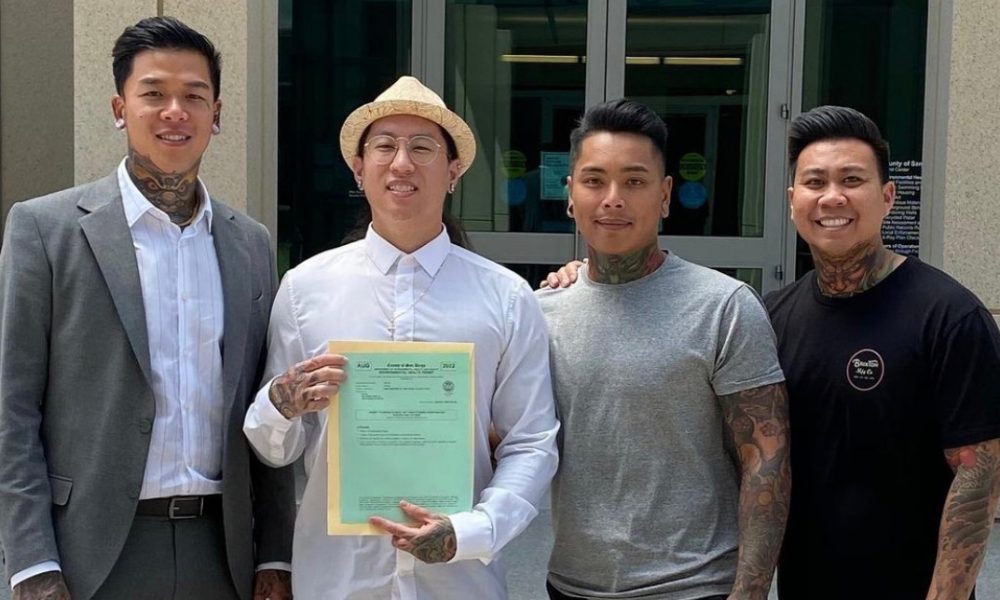 The Enso Ink family started with Alex Doan after he finished his two-year apprenticeship. Alex has been a tattoo artist for 8 years. After about a year and a half of Alex being a licensed tattoo artist he decided to take Brian Huynh under his wing during his time at another shop called Guilty pleasures. Brian’s apprenticeship was also a two-year process When Brian was released as an artist, both Alex and Brian stayed at Guilty Pleasures for about a year before deciding to branch off. When they decided to branch off, they also decided to take on a new apprentice, Phi Ho. During the beginning stages of Phi’s apprenticeship, this is when Enso Ink started to officially solidify. Phi’s apprenticeship took about 3 years and after he was released as an artist the shop consisted of these three for about 2.5 years. Read more>>