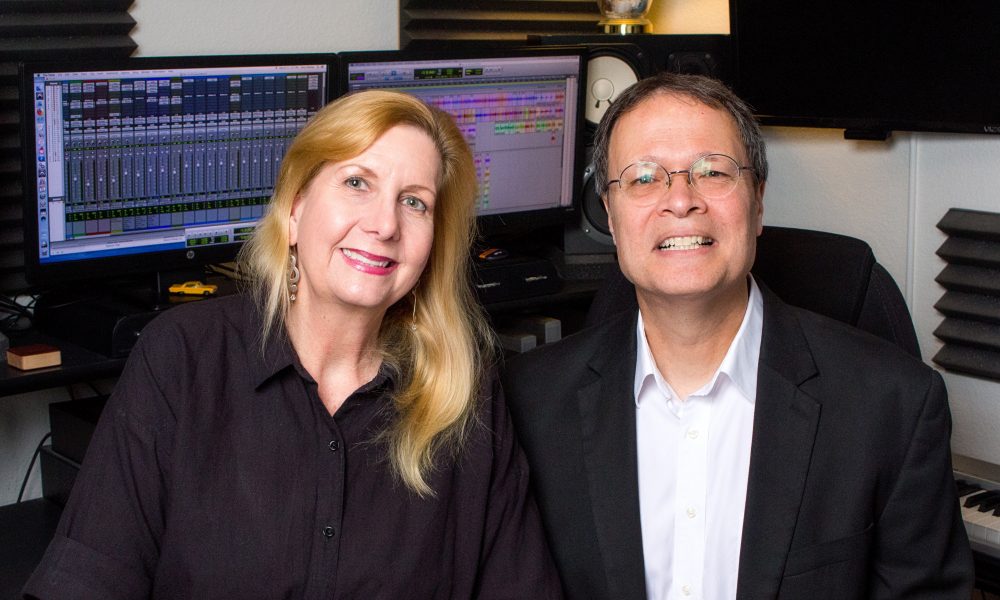 Today we’d like to introduce you to Tracey Marino and Vance Marino.

Tracey and Vance, please share your story with us. How did you get to where you are today?
VANCE: We met at the Belly Up Tavern in Solana Beach after we realized we had been stood up by our friends. I was there to see Pete Anderson (former producer and guitar player for Dwight Yoakam) in concert.

TRACEY: And I was there to see my friend perform in his country band, which was opening for Pete. Vance and I started talking to each other and realized we had music in common, even though we come from completely different musical styles and backgrounds.

Soon we started playing in each other’s bands and sitting in on each other’s gigs. I encouraged Vance to teach guitar, ukulele, and songwriting, and he still does this once a week. I also introduced him to playing for musical theater, jazz, and classical music. For many years he played classical guitar for a twice-weekly afternoon tea at a famed resort. He introduced me to singing and playing in local coffeehouses and I got to sing and play keyboards in his rock band.

VANCE: Shortly after meeting, we started writing original music together. A few years later, we were married and ready to buy a house, which is quite a feat for two self-employed musicians in San Diego. Shortly after buying our home, we took the leap and bought a Pro Tools studio.

TRACEY: We had no idea what we were doing, but Vance spent many hours trying to learn the program. I’ve honestly never seen him so frustrated, but he eventually figured it out. A few years after that, he taught me how to use Pro Tools and we bought another set up for me. My dream was to have our music in Film, TV, and media, and after many years, that dream came true. It is a lot of hard work, there is fierce competition, you have to have skin thicker than an elephant, but we love it.

VANCE: We’ve written and produced more than 3,000 tracks and several dozens of songs. We work with about 60 placement companies. Every piece of music we’ve written is signed, and we get placements daily around the world in various media projects.

Great, so let’s dig a little deeper into the story – has it been an easy path overall and if not, what were the challenges you’ve had to overcome?
TRACEY: The road definitely had a lot of bumps along the way. We used all of our life savings to start our first studio. We were right at the forefront of the musical “digital age” of recording, so it was much less expensive than building an analog studio. But it was still a colossal expense. After writing and recording some music, we started submitting it to production music libraries. Production music libraries are one of the best ways to get music into film/TV. But we heard nothing. Crickets. There was absolutely no interest. Our families thought we were crazy.

VANCE: We were just about to give up when we finally had a track signed. We thought, “Great! We’ll finally start making some money!” But our excitement was short-lived. It took another five years before we made $200. We kept going because we knew we had more to learn before we could find the key to success. We started doing research. We started listening to other tracks and songs in production music libraries. We started going to music conventions and meeting composers and songwriters who were having success. We found publishers who would give us some honest feedback.

TRACEY: Many publishers said our compositions were good. However, the critiques said we were “overwriting.” Our music was too complex for film/TV. We needed to learn how to mix and master all of our music for film/TV, an important part of the equation. We discovered we would benefit from using high-quality sample libraries. Sample libraries are high-quality recordings of instruments to use in songs and tracks.

These revelations and pieces of advice completely changed our course and our lives. The lessons for us were: Keep learning. Always. And never give up. If we truly wanted to do this, and we did, we needed to know what the bar is and, not just get to the bar, we had to jump over it.

Can you give our readers some background on your music?
TRACEY: Right before I met Vance, I went to the DMV to get some personalized license plates for my car. I had to select three different names in case the first two were taken. I had chosen two names like “SONG LVR” and “LUV SNGZ,” but I couldn’t come up with a third name. The clerk looked at my application and asked, “Are you a songwriter? How about ‘song maker?’” This was funny because at the time, I was a musician, but I hadn’t really started writing songs except for fun. Of course, that was the license plate that I received. I decided to start my business using the name SongMaker Productions. A few months later, I stumbled across a couple of songwriting organizations in San Diego and signed up. I’ve been writing songs ever since.

VANCE: We write songs and instrumentals specifically for Film and TV. Instead of pursuing placements ourselves, we sign our music with production music libraries and music licensing companies and let them handle the marketing and promotion.

In order to increase our odds of success, we write music in several different styles. Though we can’t claim to write in all genres, we’ve had success with music that lets the viewer know where a scene is taking place, like a carnival, in the Caribbean, in France – you get the idea. We write a lot of tension music for reality TV shows, too. But our specialty, if we have one, is writing positive music for promos and commercials. Most composers and songwriters are more comfortable writing darker music, and while we write that too, there is a lot of call in the music licensing business for happy music. It’s a reflection of how lucky we feel to be a part of the music industry.

TRACEY: A few years ago, we had the opportunity to be volunteer Coordinators for a prominent songwriting organization, NSAI (The Nashville Songwriters Association International). NSAI owns and operates the famed Bluebird Cafe in Nashville. Many hit songwriters have gotten their start there over the years, including Taylor Swift, Garth Brooks, Keith Urban, to name a few. Kris Kristofferson was one of the founding members, and I had been a long-time member.

VANCE: Several years ago, we made a trip to Nashville for a composer conference. On our way to the Nashville International Airport, I asked Tracey, “Let’s stop by the NSAI Headquarters just to say ‘Hi,” so we did. One of the staff members asked us if we’d be interested in running the NSAI San Diego Chapter. We hesitated because we had just gotten a gig writing music for “The Oprah Winfrey Show” and “Dr. Oz,” so we didn’t think we would have time. After much thought and consideration, we agreed to go on this adventure, and it’s been great. We’ve met and worked with some amazing co-writers. We have special guests at our meetings, including music supervisors, publishers, hit songwriters, and various people who work in the music industry. This has been our way of “giving back” to the music community. Since we’ve been running the NSAI San Diego Chapter, several of our members and attendees have gotten placements in film, TV, video games, etc.

Do you look back particularly fondly on any memories from childhood?
TRACEY: I was born in Boston, MA. As long as I can remember, I had to stop and play every single piano or keyboard I ever came in contact with. Even though I love playing a beautiful Steinway grand piano, I like the challenge of making an old, worn-out upright piano sound good. My mother always wanted me to be a concert pianist, but I would never play classical music according to how it was written, and that’s a deal-breaker in that world. Instead, I would make up and improvise Bach, Beethoven, and Mozart, which drove my poor piano teachers crazy. However, there was one teacher in La Jolla, who was a conductor and composer, so he really encouraged me to write original music. He also developed my ear, so I was able to listen to most songs once or twice and play them back. This skill came in handy when I was a pianist at the Fashion Valley Nordstrom for 11 years.

VANCE: My fondest memories of family gatherings when I was a kid, always included music. I grew up in Hawaii and when my family got together, someone would pull out a ukulele and we’d all start singing. I was always fascinated that mere mortals, like my family members, could make music. It made it feel like it was within reach. And it made everybody happy. I wanted to learn to play and write music so I could make people happy. 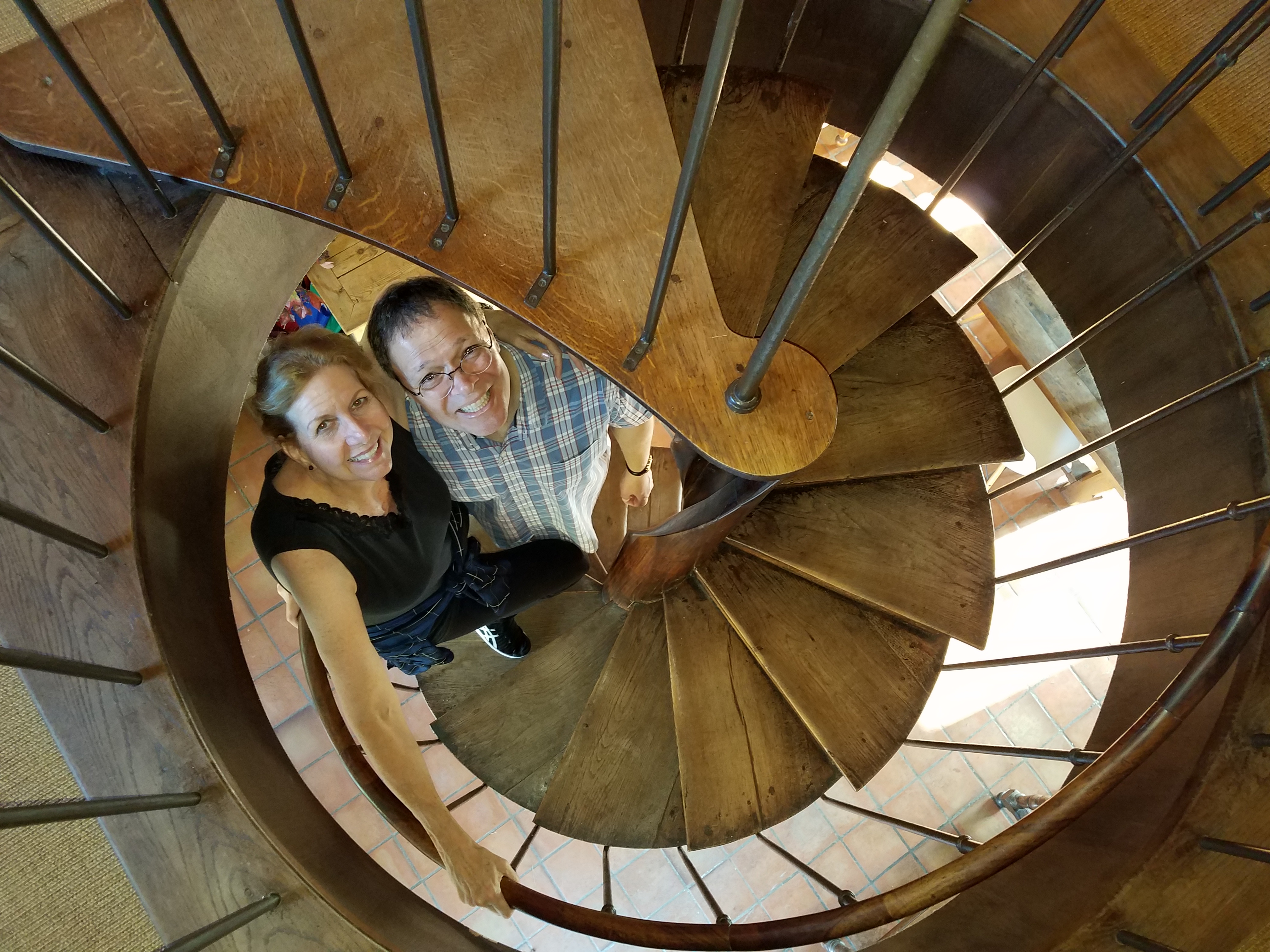 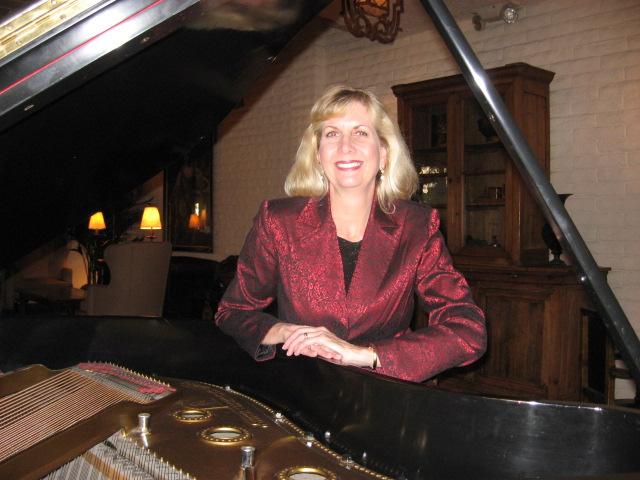 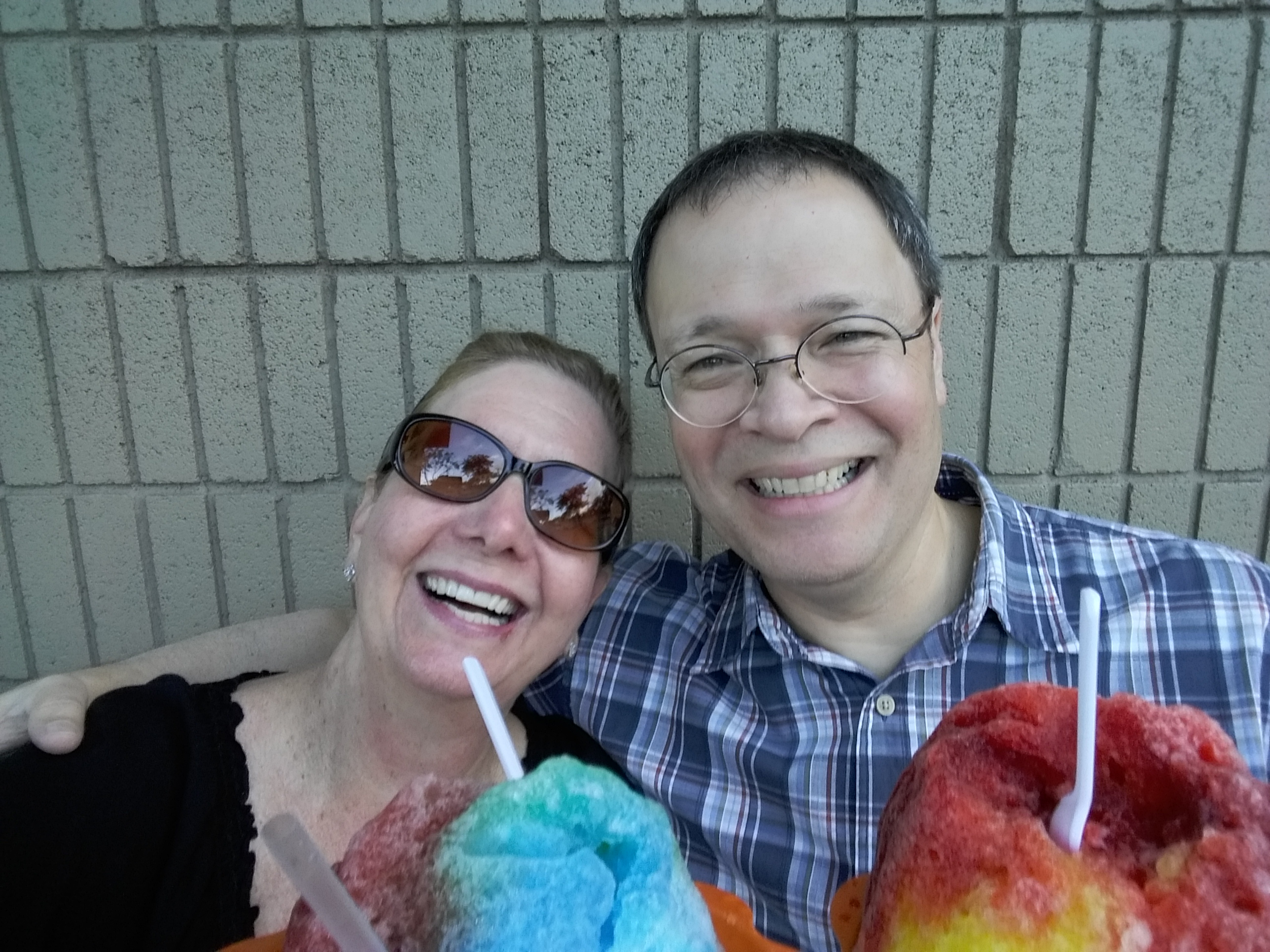 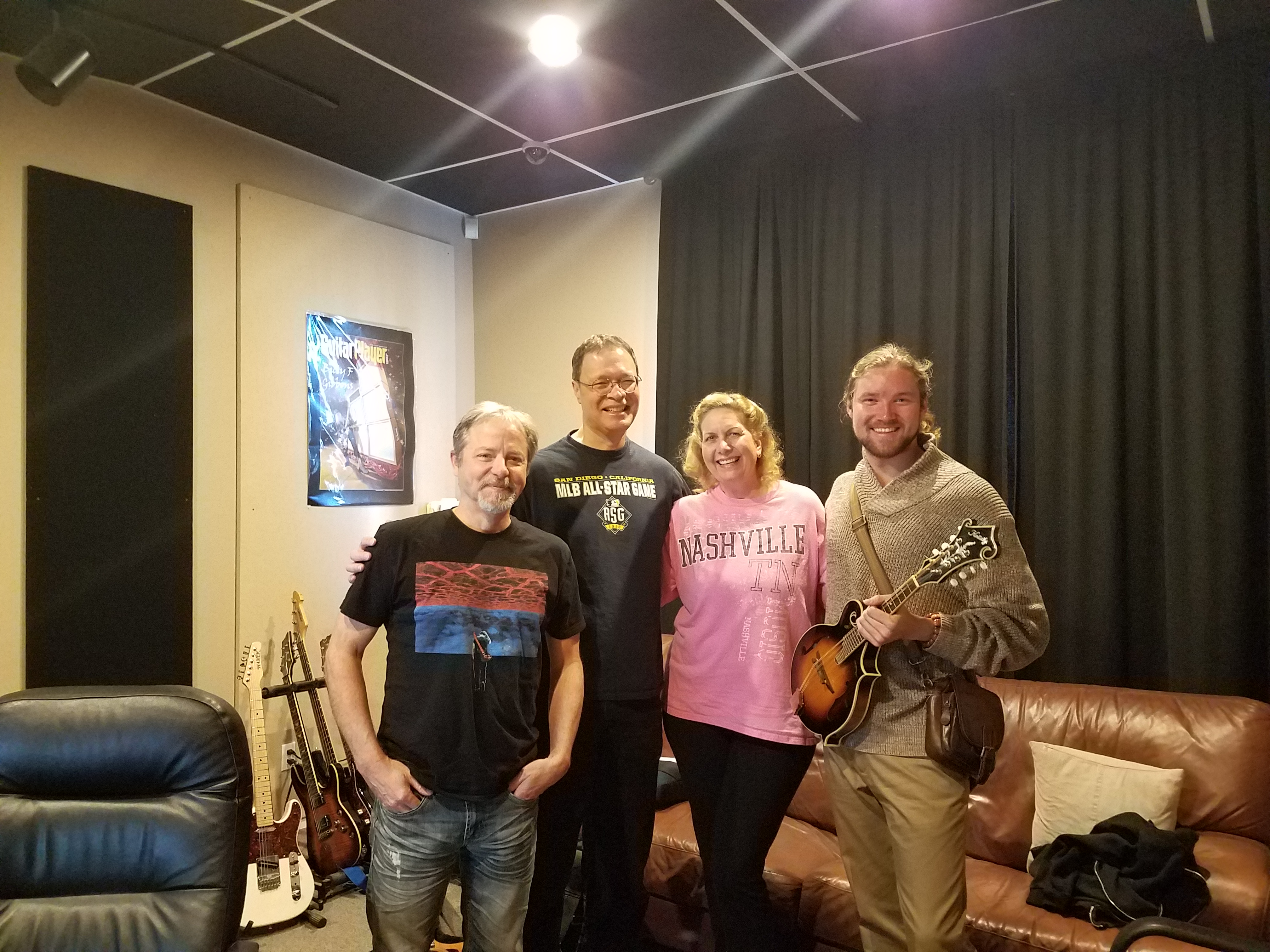 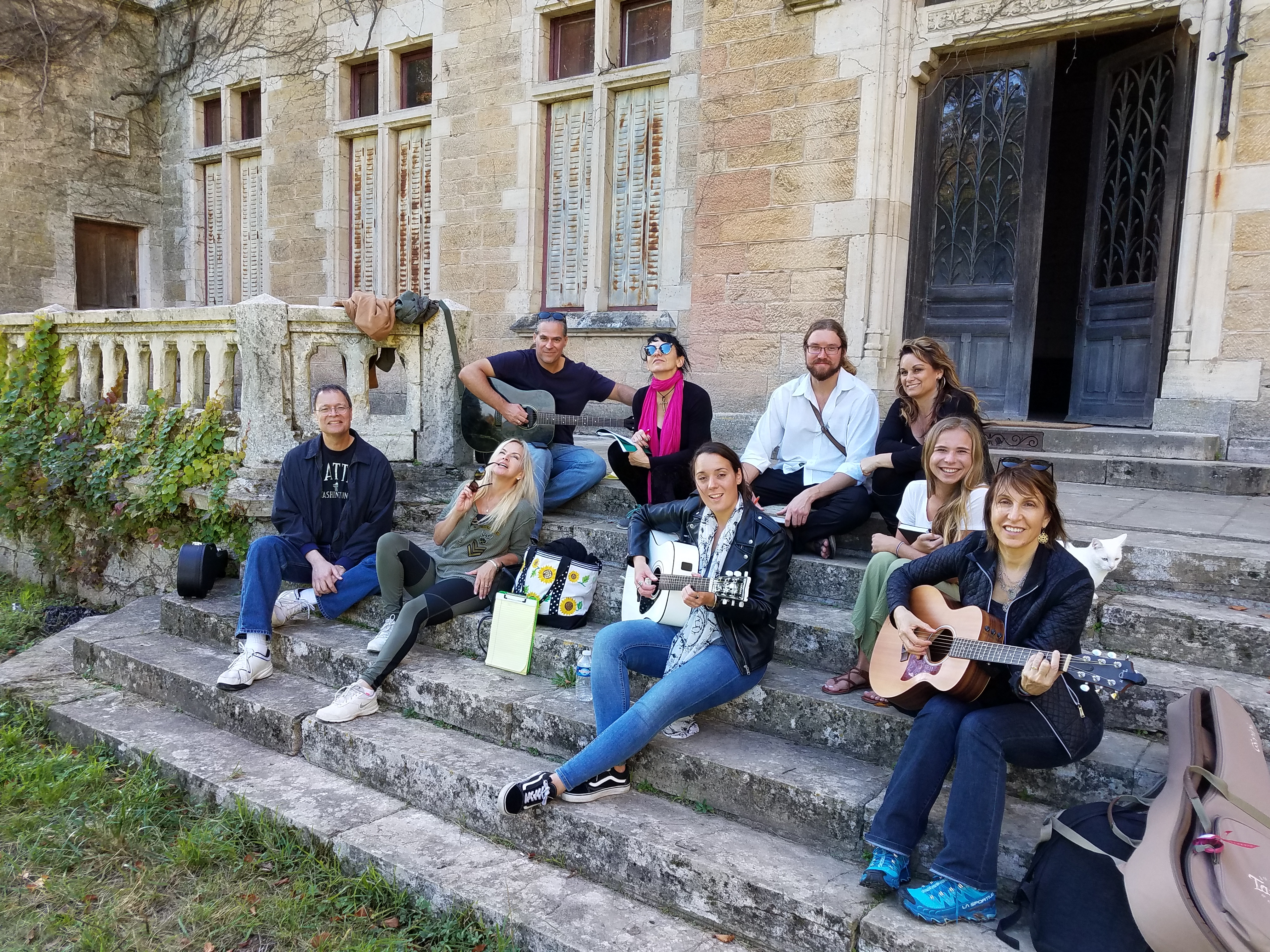 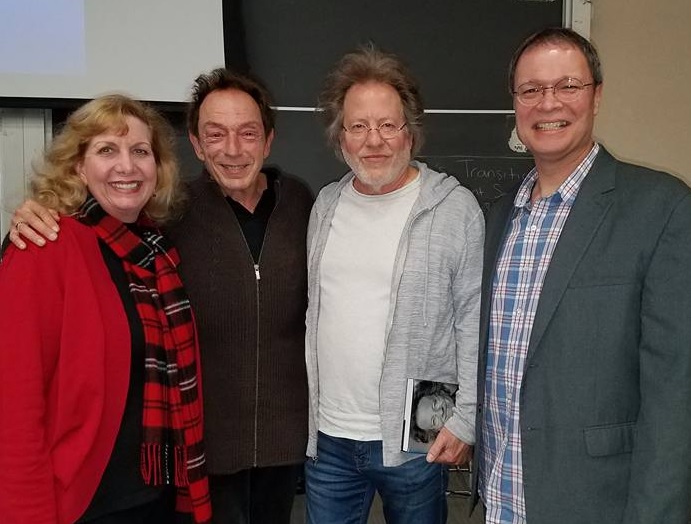 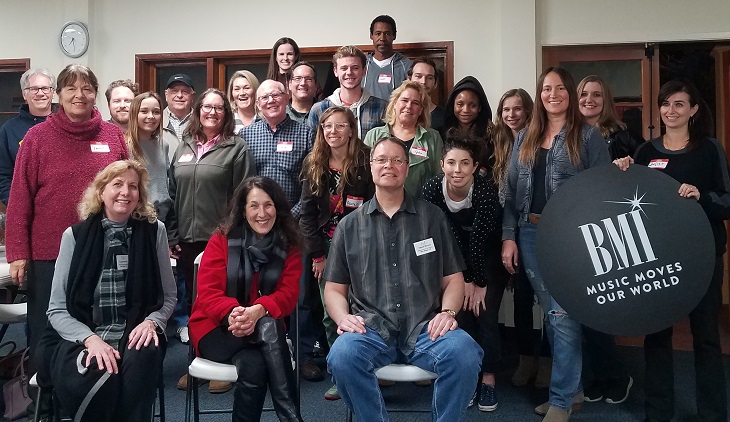 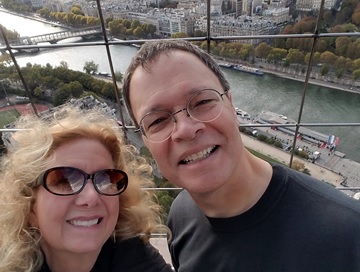