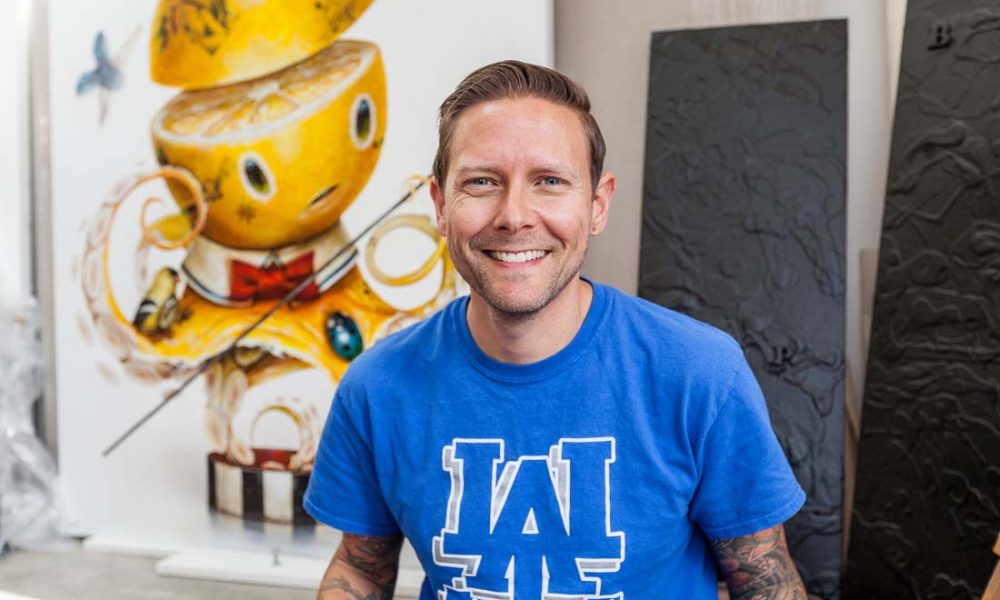 Today we’d like to introduce you to Greg Simkins.

Greg was born in Torrance, California, slightly south of Los Angeles. His artistic ambitions bloomed at age three with drawings inspired by cartoons and books. Some of these works, such as The Chronicles of Narnia by C.S. Lewis, The Phantom Tollbooth by Norton Juster, and Watership Down by Richard Adams, still find a reference in his art. He grew up with a variety of animals, including a number of rabbits, which often appear in his paintings

He earned his B.A. in Studio Art from California State University, Long Beach in 1999. After graduating, He went to work as an illustrator for several clothing firms before moving on to the video game industry, where he worked on games for Treyarch/Activision such as Tony Hawk’s Pro Skater 2, Spider-Man 2, and Ultimate Spider-Man.[4] He made the leap to a full-time artist in 2005.

At the age of 18, he began doing graffiti under the name “Craola”. Graffiti drove his inspiration to create and gave him the confidence and experience to paint large-scale works. It also taught him color theory and perspective while further developing his artistic skills, as later demonstrated in his masterful work with acrylics.

Can you give our readers some background on your art?
Out of his love for the animal world, he seeks to bring together unlikely camaraderies and conflicts from the landscape of his mind to the confines of canvas, paper, and walls. It is common to see deer with killer whales, puppies with crustacean pals, and birds sharing the air with rodents in his playfully ominous to ominously playful acrylic compositions informed by smooth, graffiti gradients and balanced layouts that draw the eye through storylines and little vignettes.

“I’ve always been one that gets lost in daydreams. My art reflects the outside worlds where my thoughts drift, heavily influenced by the stories I read as a kid and the cartoons I was obsessed with on Saturday mornings, I find myself telling new stories to my own children these days. It’s a constant battle, but I have been leaning towards going where my art wants me to take it, to dark mountain paths lined with eyes and creatures, where birds are called dragons and everything is dangerous, all the while fighting the voices in my head telling me to “Grow up. Maybe it’s a bit of a Peter Pan mentality, but there are times we need to escape the distractions of this world for new ones in the Outside.”

Any advice for aspiring or new artists?
Work hard and set new goals for yourself with every piece, having that new thing to learn always keeps the work alive and interesting.

What’s the best way for someone to check out your work and provide support?
I am currently a contributing artist in the enormous exhibition “Beyond The Streets” on display in Downtown Los Angeles. The show runs through August 26th, www.Beyondthestreets.com. My website, and I have books and prints and some originals available there as well. My Youtube page and houses a bunch of painting progress videos and you can follow me on Instagram. 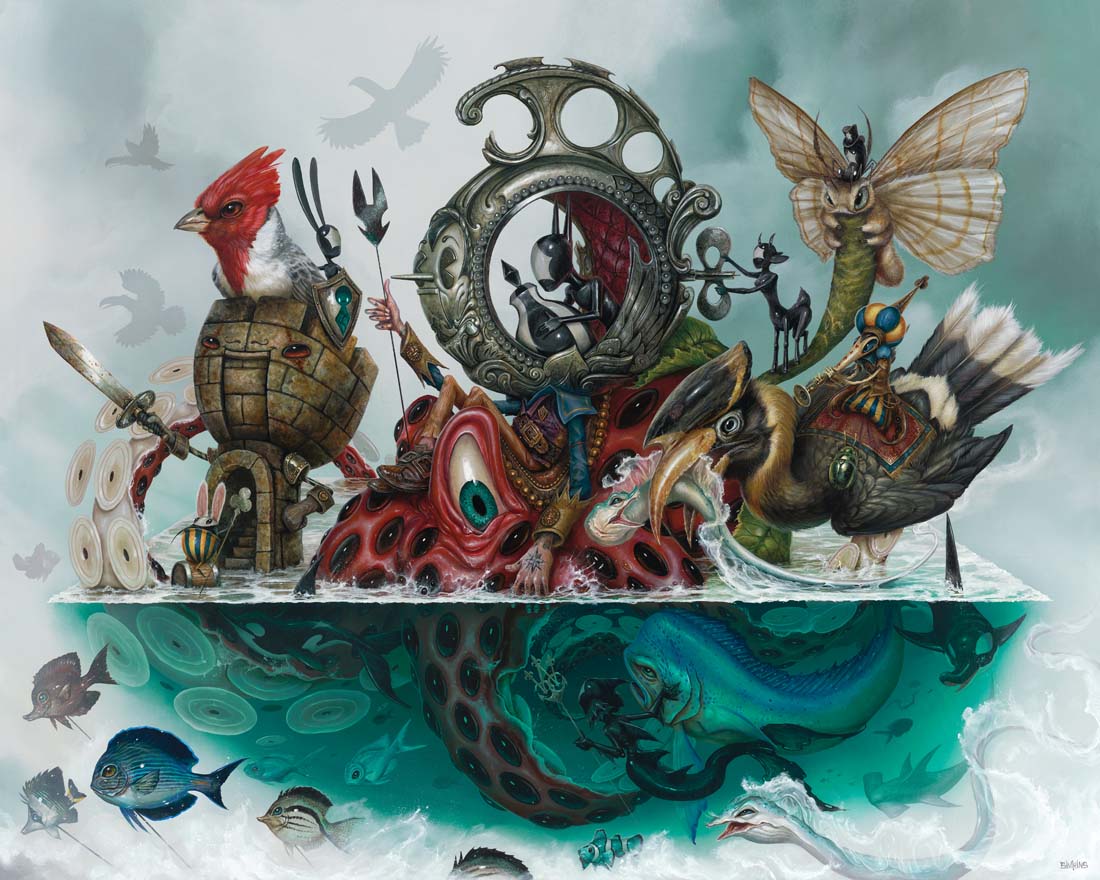 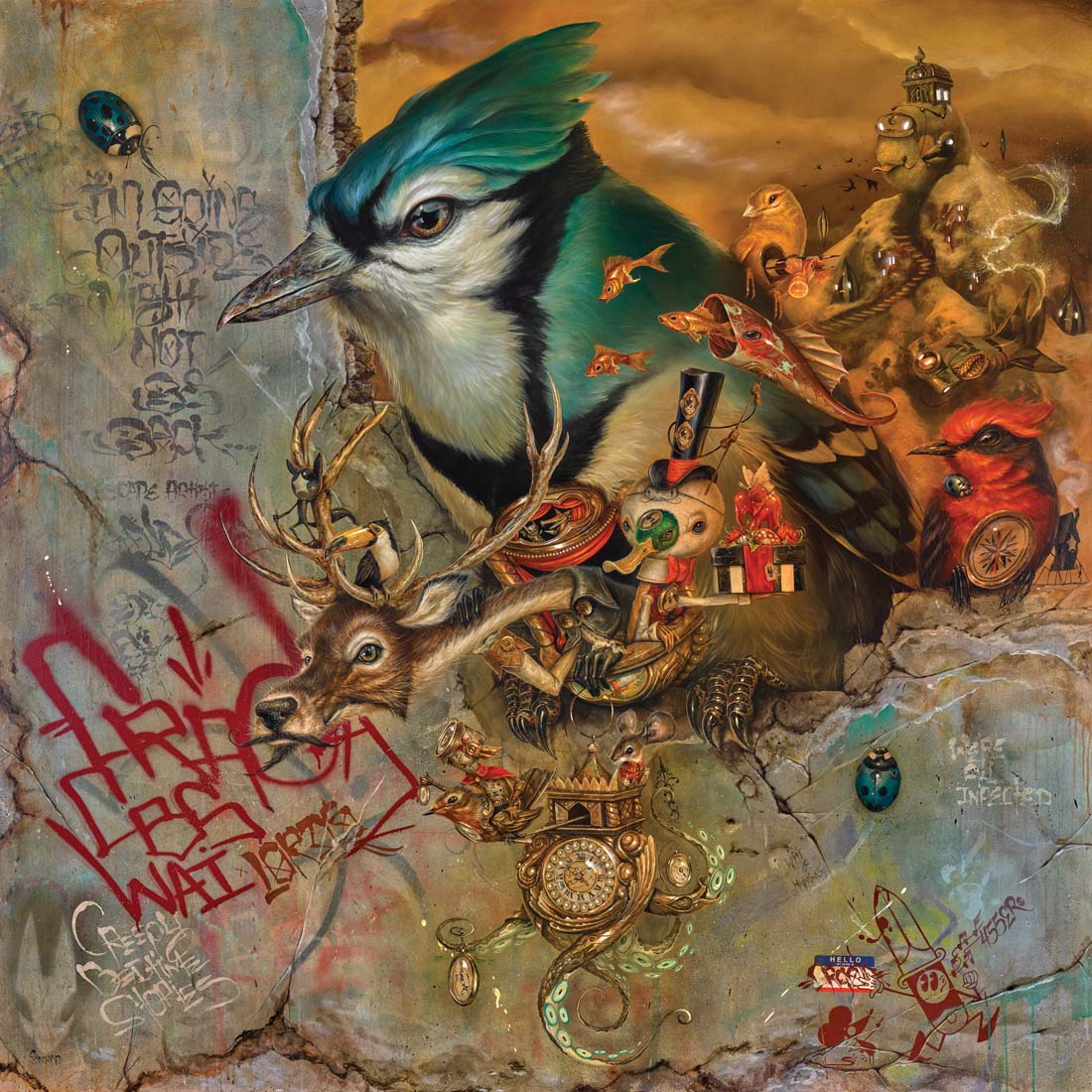 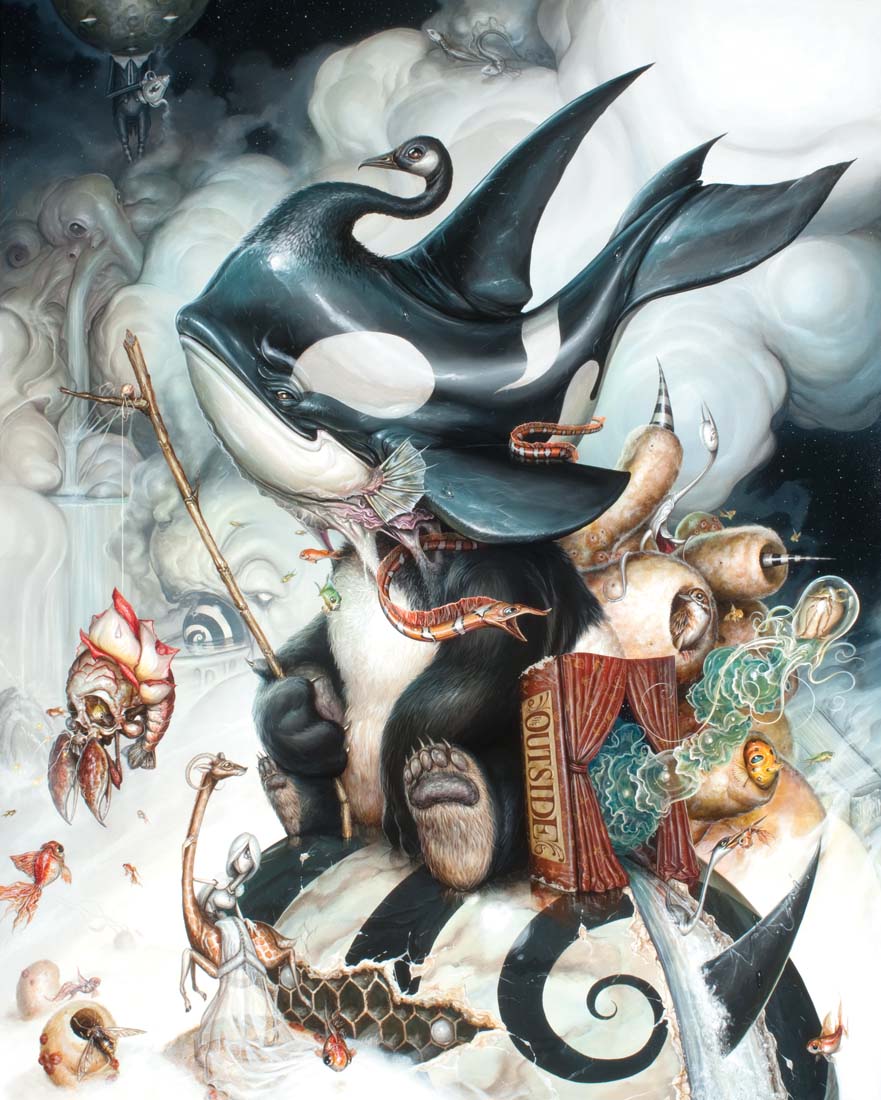 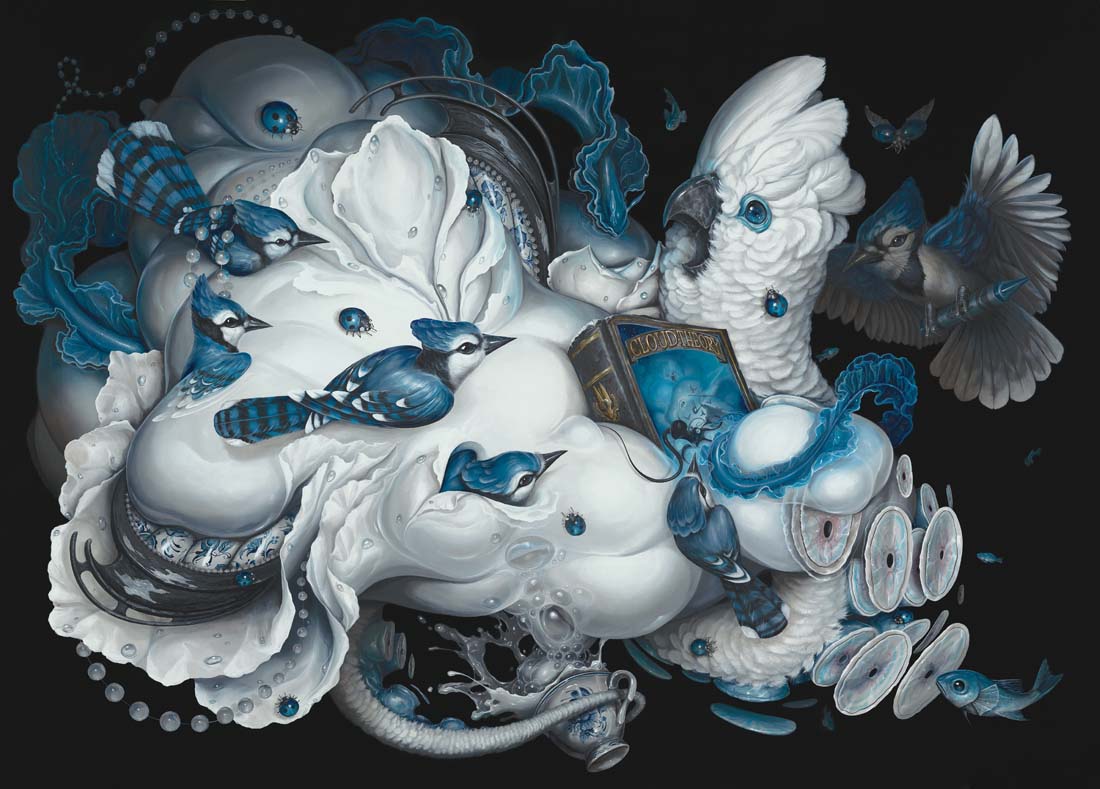 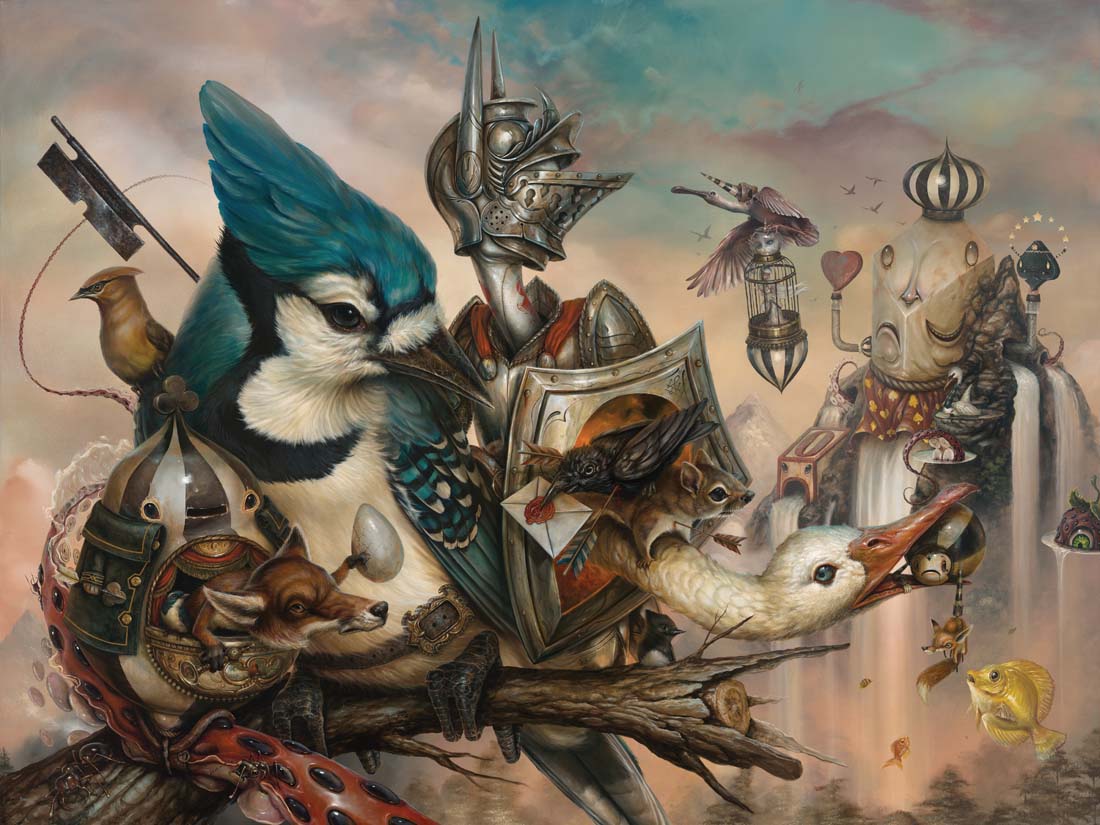 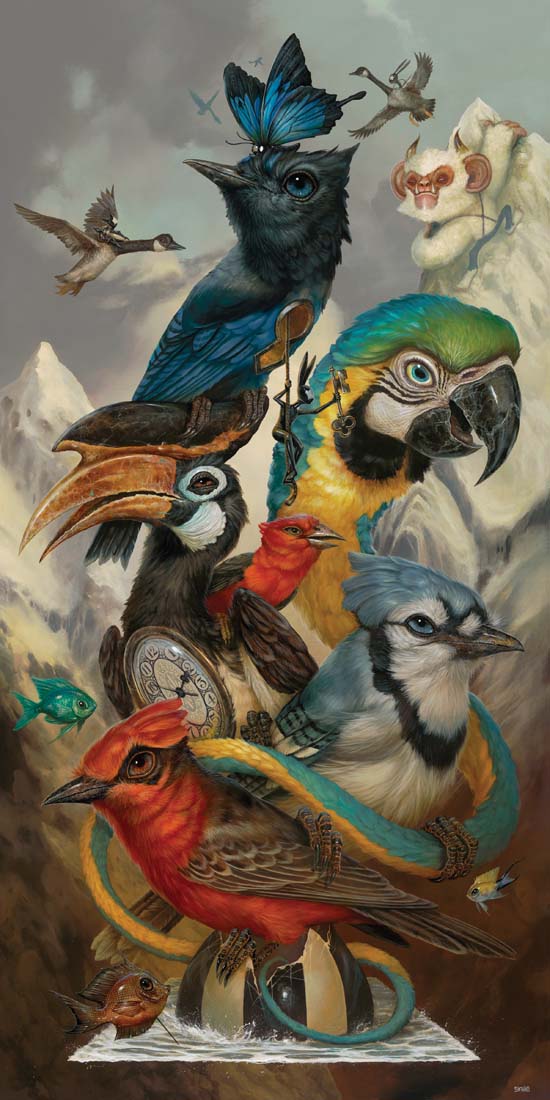 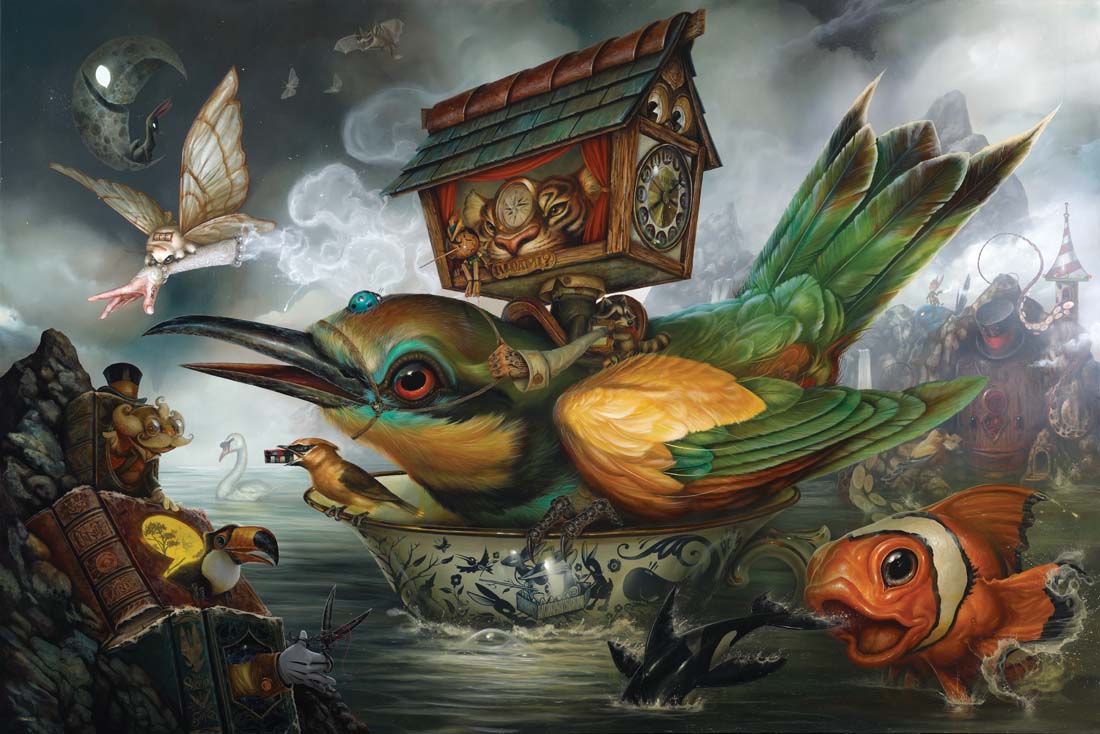 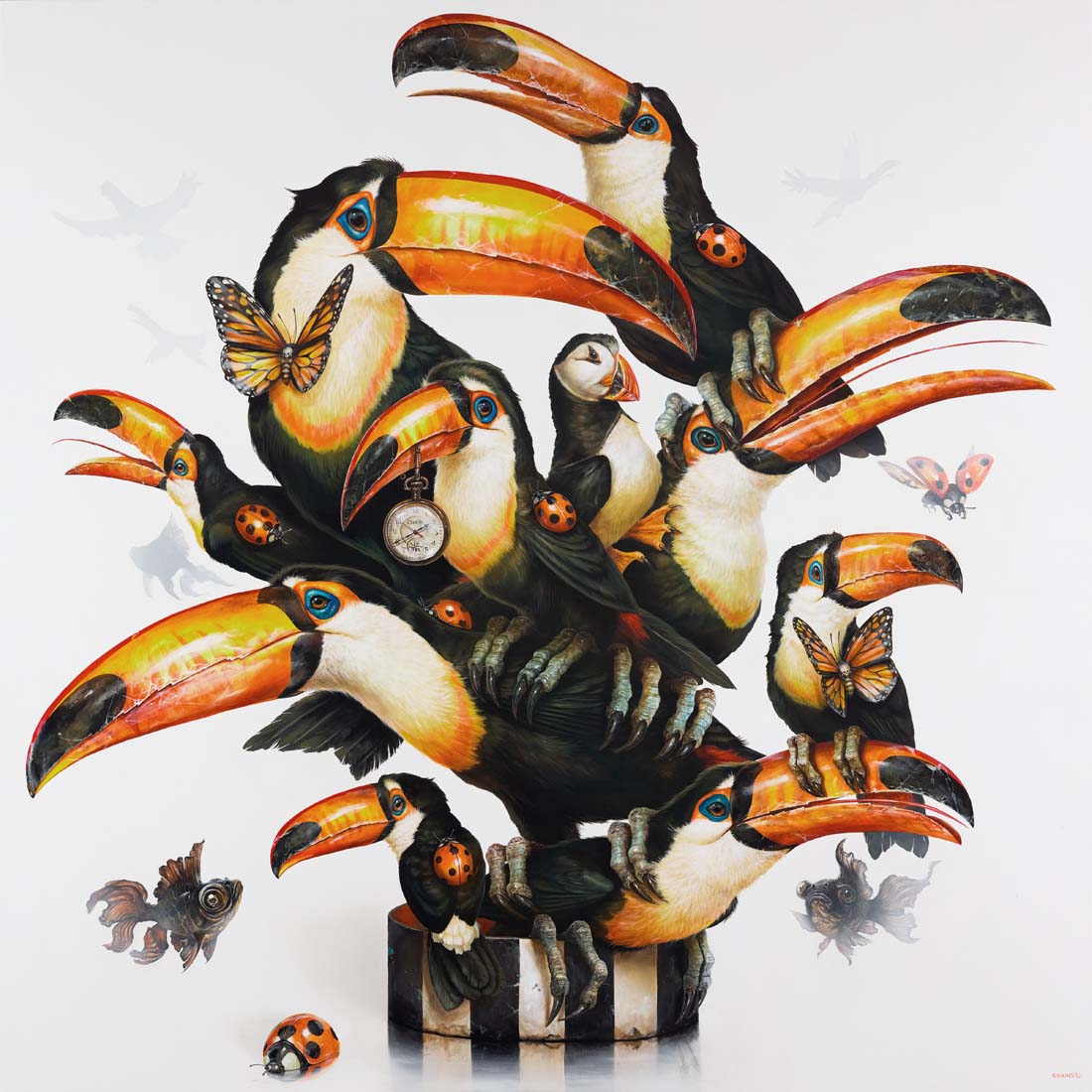 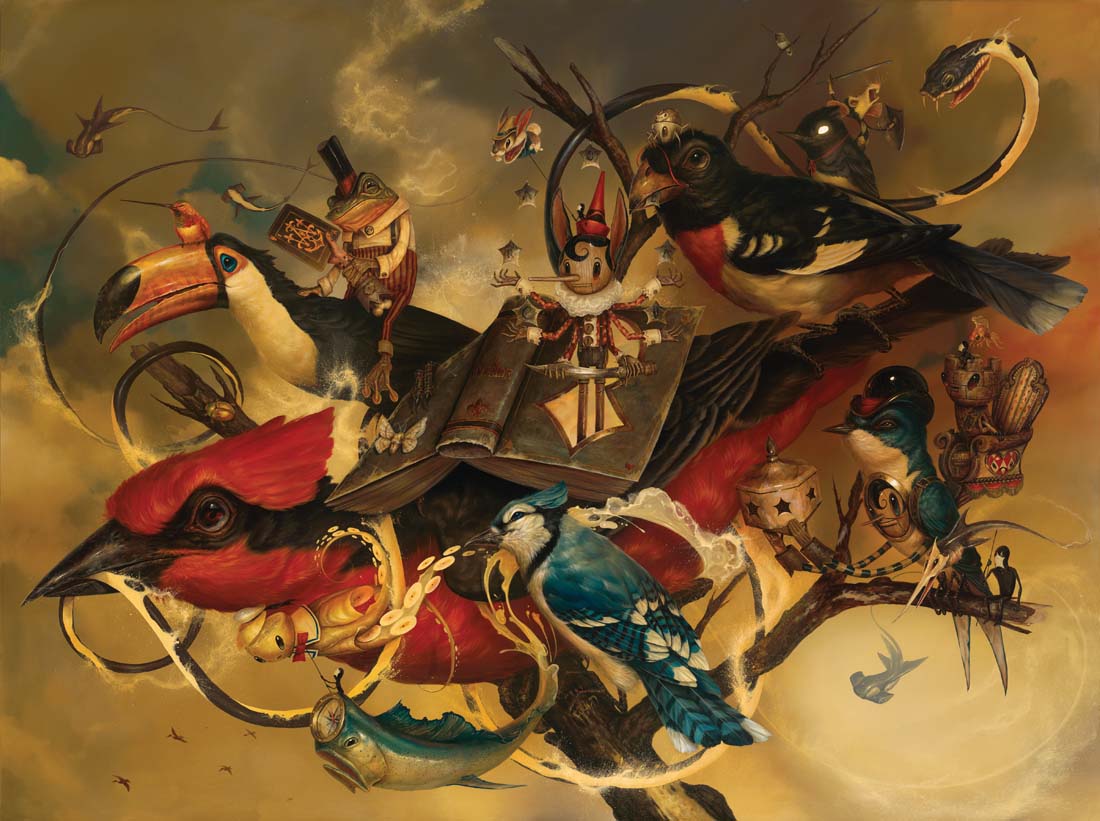