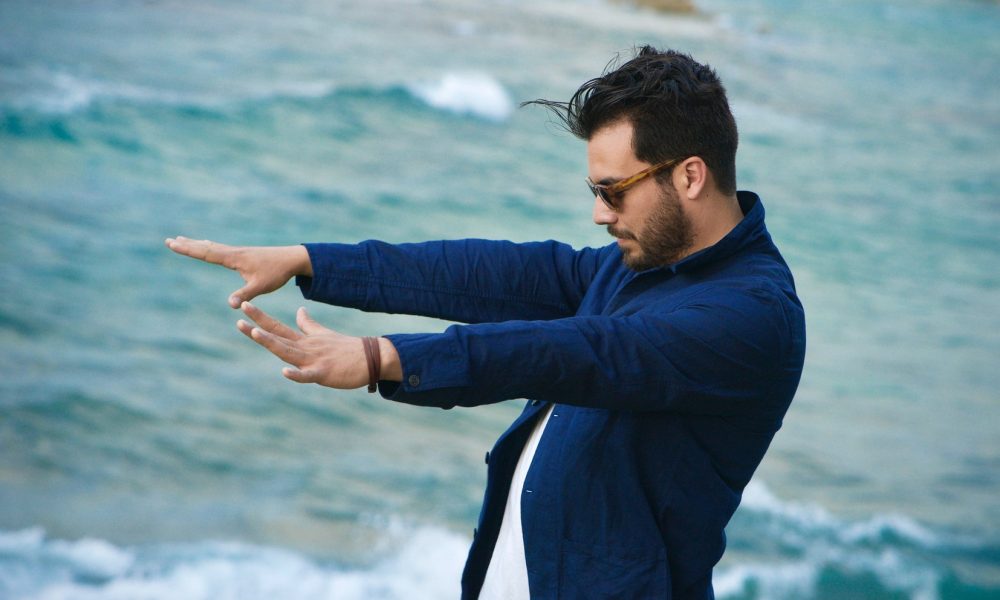 Today we’d like to introduce you to Carlos Foster.

Carlos, can you briefly walk us through your story – how you started and how you got to where you are today.
Ever since I could put a pencil to paper, I was creating. My parents recognized my creative interests pretty early on and would enroll me in after-school programs, learning how to draw, paint, play guitar, video editing classes— it was mandatory that my sister and I filled out our summer break schedules! I remember getting picked up from school (I grew up in Napa, CA) by my dad and being driven to San Francisco or Berkeley or Oakland, to take a Flamenco guitar lesson or illustration course at the Academy of Art. And my parents would do this without any complaint, they did it simply because their son was curious about pursuing something new. All of this is to say, artistic expression has always been a part of my life, and I was extremely fortunate to have a supportive family that encouraged me to explore those creative interests from a very early age.

Years later, no one was giving me a job right out of college, so I made my own opportunities and built a portfolio. I started making short films and music videos for free because I loved the experience of working on a set so much. I had a friend working at a TV station who recommended I apply for a camera operator position, and my portfolio convinced them I was the right guy for the job. I worked as a cameraman on travel shows and saw more of the world than I ever thought I’d get to see in a lifetime. The working conditions were limiting, and extremely low-budget, which pushed me to be creative in new ways. Through that experience, I met the contacts who would later become my business partners and closest collaborators.

We’re always bombarded by how great it is to pursue your passion, etc. – but we’ve spoken with enough people to know that it’s not always easy. Overall, would you say things have been easy for you?
When I was just starting out as a camera operator, it felt like I was walking completely in the dark, just guiding myself by pure instinct. I was lucky to work with some talented, and very giving people, who taught me a lot about the basics of framing a composition, and just telling a story with nothing but visuals. It was great training, to be thrown completely into the deep end like that, and basically figure everything out on the road, in a foreign country, and not knowing the language. Now, whenever I stress out about a shoot, I just remember those early days of lugging my camera gear through knee-deep water in the Amazon, swatting bugs in the sweltering heat, and I think it’s not so bad.

Really though, the path becomes more clear when you tell yourself this is what you’re meant to do. I don’t want to divert into some kind of “just believe in yourself” self-help tangent, but the best advice I ever got was from another director. He told me, “If you want to direct, just tell yourself, I am a director, and go do that!” It seems so simple, but it can be frightening to put a label on yourself. As a creative person, you’re adverse to being put into some kind of box, so labeling yourself seems limiting. But it’s nothing like that. Once I decided that, yes, I am a director, that is my calling, it became easier to recognize which opportunities would take me closer to my goal, and which ones would lead me to stray from my path. Making that leap is terrifying though, and even now, years later, I still struggle with it at times, but you won’t truly move forward unless you’re able to trust your gut and tell the world, “This is what I’m meant to do.”

We’d love to hear more about your business.
Blue Barn Creative is a filmmaking agency based in San Diego and guided by the vision of our power trio: Vic Alavi, Stephen Alberts, and myself. A lot of the credit goes to Steve and Vic, who years ago, along with some of our close friends, first planted the seed of what would one day become Blue Barn. I came on when we were all able to break away from our day jobs at a local TV station and devote ourselves to growing the brand full-time.

We’re still relatively new on the filmmaking scene, but I think we’ve grown beyond the upstart phase, and have become more focused and skilled in what we want to do, which is produce custom films at a high level, with an exceptional experience for the client. Actually, that’s something I’m really proud of: our client relationships and retention. Much of our business comes from repeat clients, some that we’ve cultivated for years now. Vic, Steve, and I are pretty personable guys, and very loyal to our clients — we’re open and honest in our conversations with whoever comes through our doors. I can’t tell you if that’s typical in the business world, but we seem to get a lot of pleasantly surprised customers, and they keep coming back, so something is clicking in the way we communicate and respect their process as well as our own.

As far as the films themselves, we each have different backgrounds in storytelling, myself going the traditional film school route, Steve diving into the new wave of the story thought that’s becoming more prevalent in online marketing, and Vic just being this naturally gifted storyteller from his years of personal adventures and experiences. I really believe it’s that combination of perspectives, and personalities, that is our real secret sauce. A lot of production companies are driven by a singular visionary, usually the creative director. Even though we have the typical titles you see in other agencies, the amount of collaborating we do amongst ourselves behind the scenes (and onset) is somewhat rare. We’re also very lucky to work with the absolute best talent in the area. All of our collaborators are exceptional in their own way, and we keep bringing them back project after project. I personally learn as much from our crew members as I do my partners.

The services or types of films, we offer through Blue Barn are pretty varied, we can be shooting a mini-documentary brand film one week, or a corporate event in another state the next, but it’s that collaborative spirit, and commitment to a quality experience that unifies the work — no matter what type of product we’re delivering. We have a lot of longterm goals on the horizon for Blue Barn, keeping the pillars that we stand by simple and universal, I think, has been the key to our success — and hopefully our future success too.

What were you like growing up?
I was a real geek, first and foremost. I spent a lot of my time in my own head, creating elaborate stories I would later play out with action figures or on the playground with other daydreamers. A story my dad likes to often tell is that when I was a kid, he would check in on me and my friends playing some game with our toys only to find me directing the whole thing, down to what storylines we’d act out, or how the characters would react — if it was believable, etc. Which, wow, when I reflect on that story, it suddenly explains so much! Especially, why my circle of friends was so small back then! But, you could take it two ways: I was either a nine-year-old who took playtime way too seriously, or there was a kernel of director starting to bloom. Perhaps both.

Years later, my friends and I would borrow camcorders, hardware lights, tie a microphone onto a mop handle (true story!) and film whatever came to mind. I was lucky enough to be part of a group of friends who were just as obsessed with self-expression, art, and film as I was. We pushed each other to create, whether our short film turned out to be cool or totally awful, at least, we were always making something. My role was usually behind the camera, directing the madness into some kind of coherence.

I’d also like to say that directing was never really my big life goal. I had a lot of creative interests growing up, I started college as a Fine Arts and Illustration major, I played jazz music professionally for years. Film just became the medium where all of my interests could be combined to create something even grander than an individual song or drawing. And that’s probably why I like the collaborative environment of filmmaking so much. You’re collecting the talents of many people, all who have their own unique personalities and perspectives, to make something special together. I still feel that need to control, that comes from playing the role of a director, not unlike when I was a kid sharing my toys, but still directing the whole adventure. 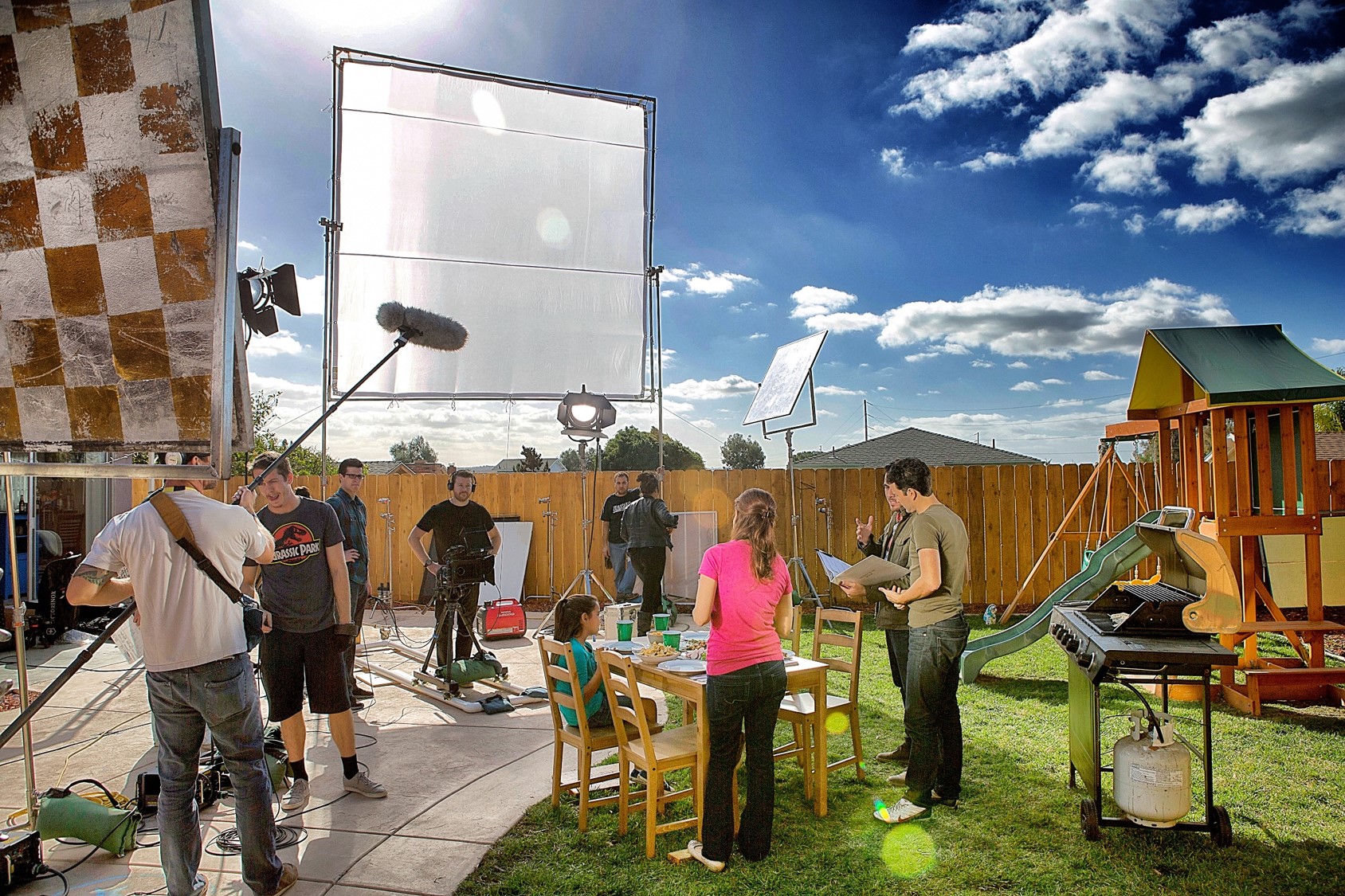 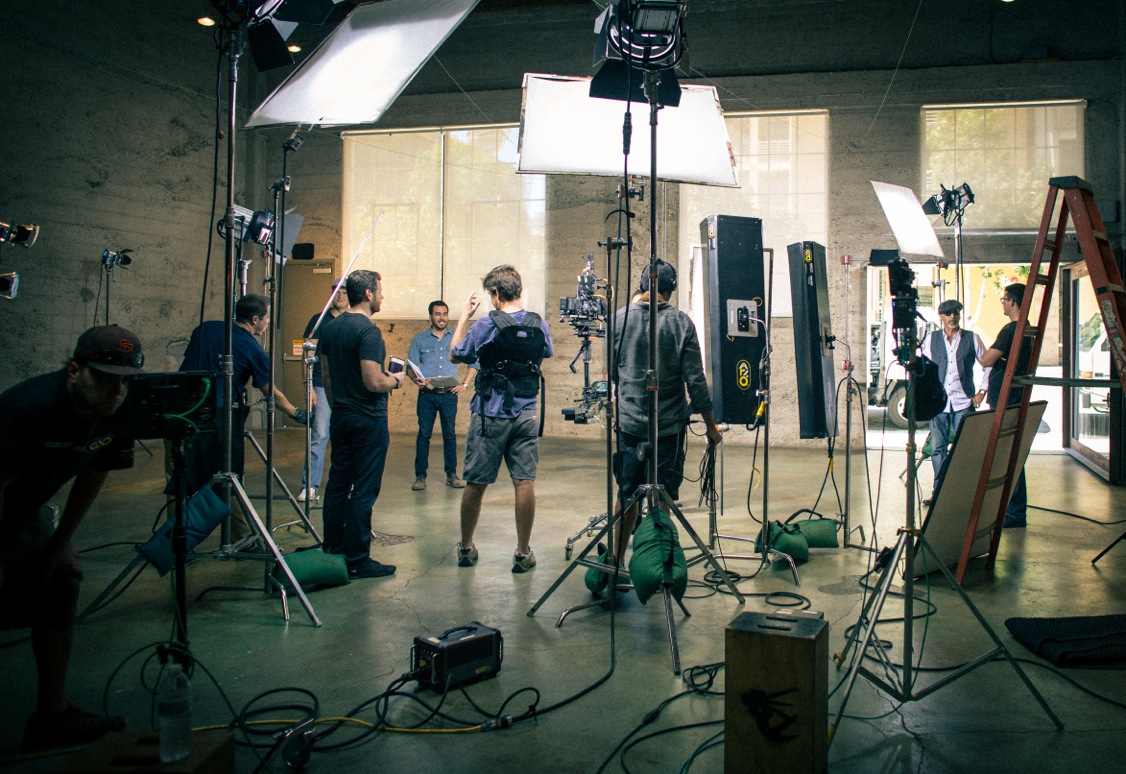 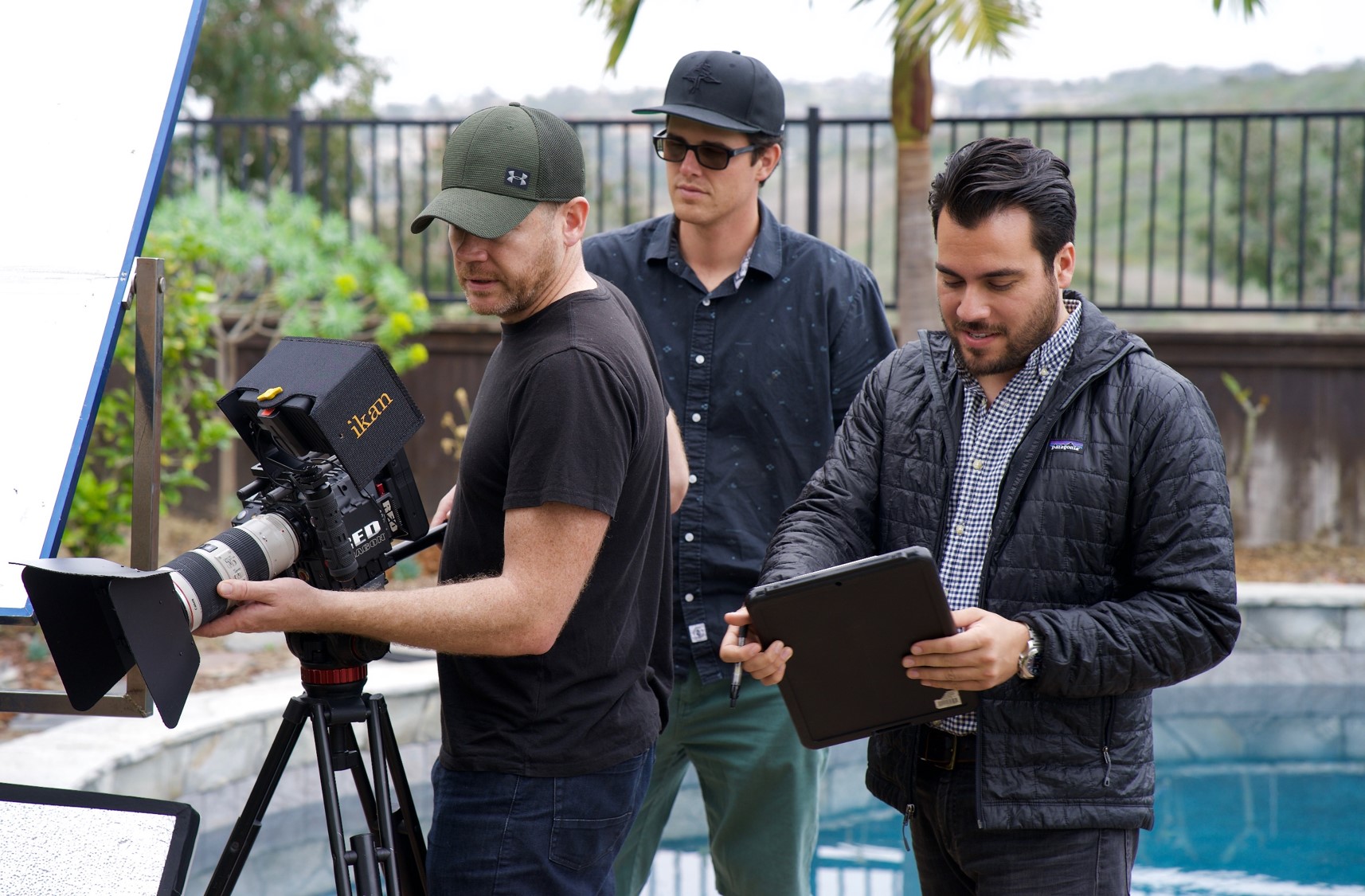 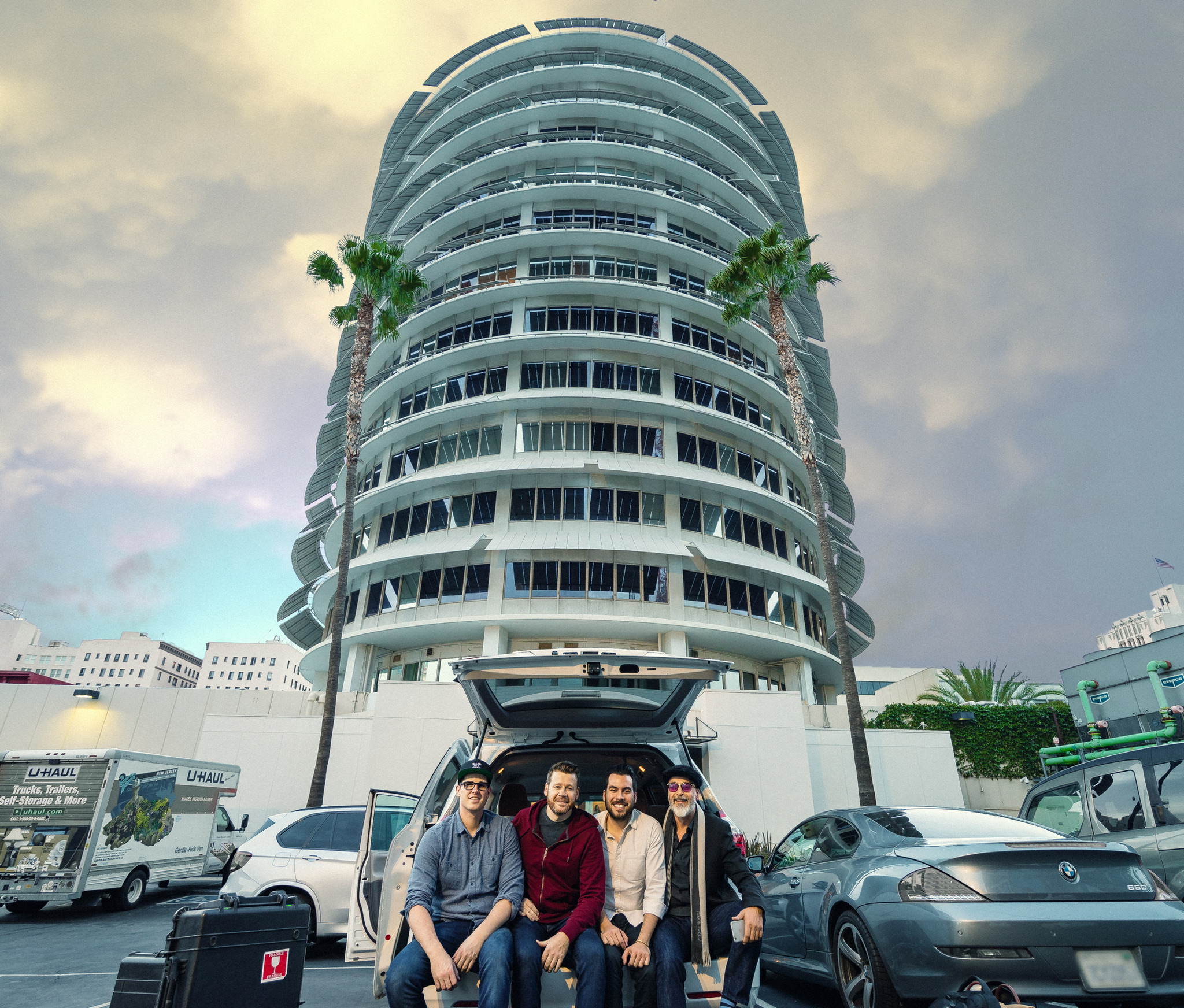 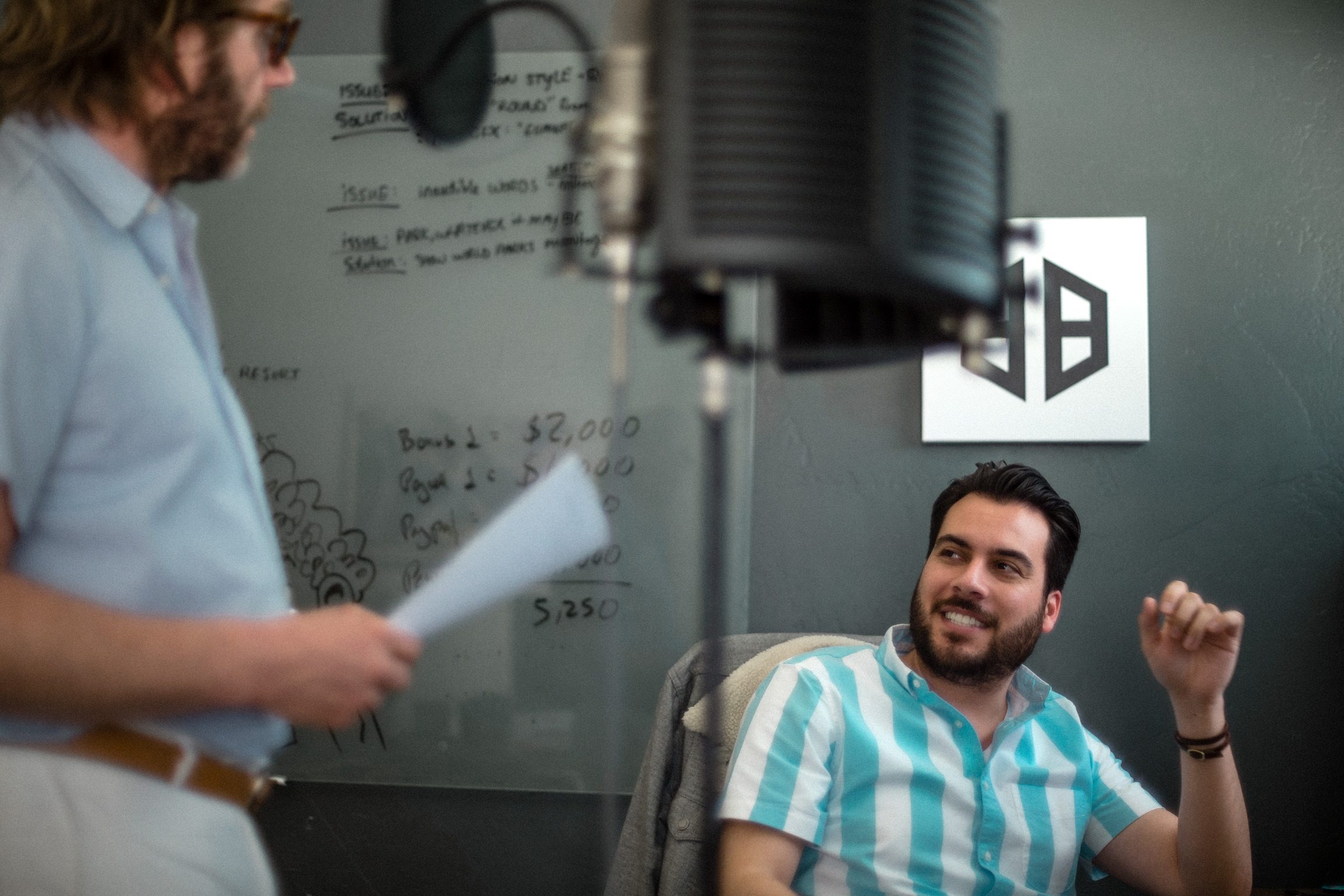 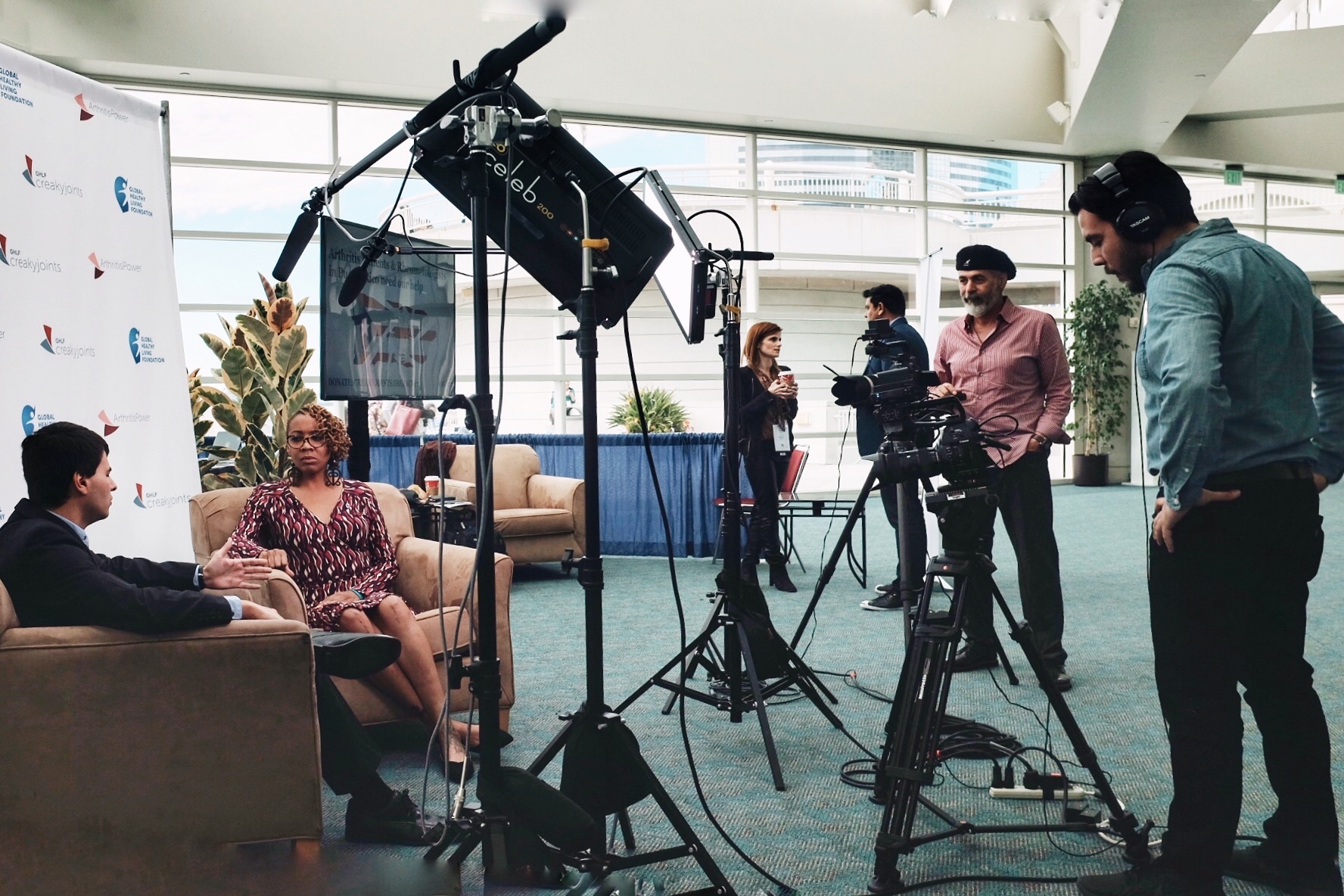 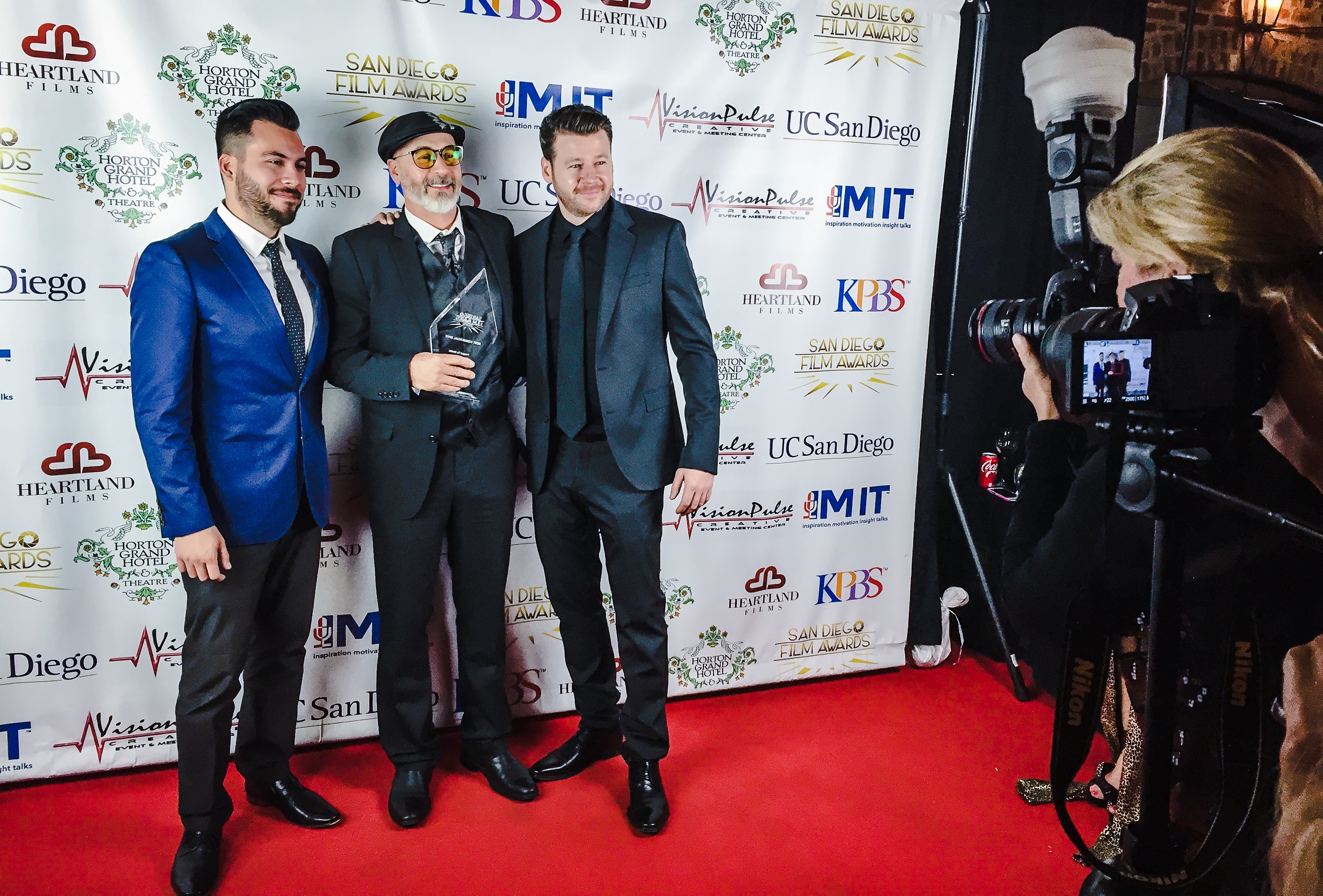