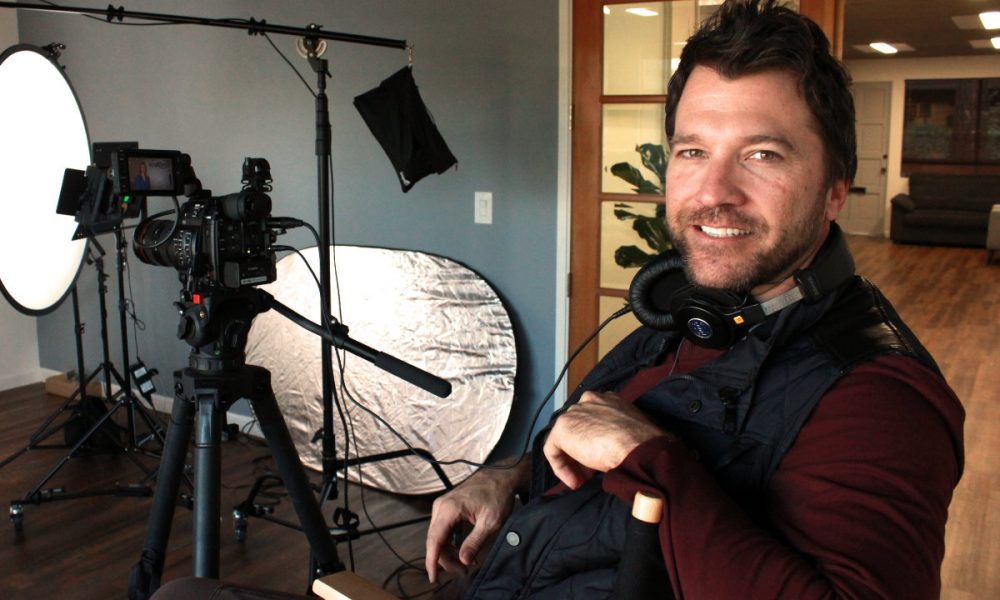 Today we’d like to introduce you to Chris Ivan Cevic.

So, before we jump into specific questions about the business, why don’t you give us some details about you and your story.

From an early age working alongside my parents in their production company in West Palm Beach, FL, I learned how important it is to work hard and be committed to standards of excellence. I brought this energy and ambition to everything I have ever done.

When I went to college, I didn’t just want to do what everyone else was doing, my desire was to have a college experience that set me apart, which led me to eventually forego the typical American college and study abroad instead. I attended Franklin University in Lugano, Switzerland, where I earned a BA in International Finance and Banking. Even more than a degree, while attending “Franklin”, I gained a whole new appreciation of the world community and how we as Americans fit into that. I learned there are so many perspectives to any given situation, and much of our experiences are shaped through the filters of our perspective, such as family, culture, nationality, customs, religion, and personal experience to name a few. I also learned that everyone has their story and is entitled to it, as it is precisely their story which defines who and how they are and interact in the world. This seems like a simple concept, but at 20 years old, when you are just trying to prove that you know a thing or two, this was just fascinating to me, a life changing experience really, as it allowed me to really see the world with compassionate eyes. And it was this mindset that set me on a trajectory of self-exploration and creative expression.

After graduation I arrived in New York City and worked in the field of finance on Wall Street, toiling on a career that I soon realized was not the right fit for how I wanted to spend my day or contribute to the world. Lured by wild growth and radical change, I soon jumped ship for a small tech company at the height of the early 2000’s dotcom boom. Looking back, I realize I was employee #11 in a high growth tech startup in the early stages of my career and that is something I will cherish forever because it gave me a glimpse into not only how disruptive technology could be but also how hard work, smart work, and timing could reap enormous rewards. Unfortunately for me, the timing part of my story came to an unfulfilling end when the tech bubble burst and I found myself in search of my next job.

That’s when my search led me to a career shift, and the entertainment industry was my calling…again. You see, I found my passion for acting while doing theater in college, so while wandering Greenwich Village looking for a job, I kept coming across the same sign for acting classes near my apartment in SoHo, so it didn’t take me long to realize something was up for me and I needed to pay attention. I signed up with this lofty idea that I would “do theater on the weekends”. If that very idea weren’t lofty enough, it just so happened that the first day of class that I scheduled was to be Sept 11, 2001. Needless to say, class never happened, and after witnessing first-hand the devastation and fragility of life as I knew it, I committed to never “toiling” in some job ever again. Rather, I was going to allow my heart to guide me from then on, and I committed to becoming a professional actor full time. And with that, I quickly worked my way into the local black box theater scene in New York, and films and television soon followed, as did a move to Los Angeles.

It was in LA, that acting work started to really take off and I was making a living acting regularly, and I felt very fortunate. From my early days as a theater actor in New York, to my days in front of the camera in Los Angeles working on such shows as Criminal Minds and Days of Darkness, I learned the creative process and the power of effective story telling from some really talented people. Being an actor also put me on the front lines with every department head in the show, watching them collaborate creatively with each other, watching them problem solve under constraints of time, budget, and resources, and I soaked it up. While the video revolution was unfolding, it wasn’t long before I was telling the stories I was interested in and creating my own projects, such as my more recent work as Producer on the films “Outlaws and Angels”, “The Ever After” and “Thumper”, Between producing films and television, I was also steadily amassing a resume producing commercials as well, so when it came time to move to San Diego with my wife Crystal and our children, I used this nearly decade of production experience as the impetus for founding Vyber Video, a video production company here in San Diego that helps small businesses, entrepreneurs, and agencies grow their business with video marketing.

I have always created film and video projects with an edge, with that innate sense of wonder, rich in visual and narrative detail, and it is these qualities that I strive to deliver in every project Vyber Video creates today. While launching this company, producing, shooting and editing videos, I also strive to create a business model that focuses on bringing a polished experience to video production. With Vyber Video, I am making video production easy, and in fact, enjoyable for my clients…so they continue to create videos and tell their story. This stems from my belief that like any form of marketing, it is repetition that often converts the prospect to a customer.

The way I see it, we are at the early stages of a movement towards video proliferation, where soon every business will be communicating and marketing through videos as text and still pictures lose their effectiveness and people lose interest in reading about what interests them. And what I find super exciting for anyone running a business today is I believe there is a window of opportunity. before there is tremendous saturation, where those who master video marketing right now will be rewarded with significant growth and brand recognition. Video’s ability to build a relationship for you is second to no other form of media right now, and I love the idea of being at the forefront of that movement. It’s what really speaks to me because I truly believe there are many things in life that catch your eye, but only a few catch your heart…and you should pursue those.

Great, so let’s dig a little deeper into the story – has it been an easy path overall and if not, what were the challenges you’ve had to overcome?
I have learned that the worthiest endeavors are often the most difficult. It’s in the difficulty that lies the opportunity. So yes, I have had my fair share of challenges and have had to overcome some real obstacles. What comes to mind immediately is the struggles I faced landing in New York City after college to begin my career. To say New York is a challenging city is putting it mildly, but it is also the city I love the most in the world for the experiences I had during this pivotal time in my life. The city is bustling with opportunity, for any endeavor you wish to pursue, well except for maybe farming and building rockets…lol. I believe everyone should spend a year in New York to get a taste of what real competition looks like…in every aspect of life. From your leadership and career, to finding a parking space and getting a table at the restaurant you’ve been dying to try. It was during that time that I learned what I was truly made of, that in times of adversity, I really settle into my comfort zone and find my calm quite easily. In fact, it is in the most tumultuous of times in New York, such as living in downtown NYC during 9/11, that I found myself really handling my fears and the pressures of a national security crisis unfolding within blocks of my apartment. I also learned on the stage that in the face of my insecurities, I could perform at a high level and with grace.
The Entertainment industry in general is a huge challenge as it is a nepotistic and insular industry, so being an outsider and succeeding was a huge challenge. For example, just getting a film made, let alone your first feature film, is a major accomplishment, but having that film premiere at Sundance, get sold worldwide, and then be distributed in the theaters is a real rarity for a Producer, but that happened for me on “Outlaws and Angels”. These challenges all prepared me for founding my own startup, Vyber Video. This is the ultimate challenge, and the obstacles are…honestly, too many to count. As any founder knows, you either learn very fast to do a lot with very little, or you close up shop and go work for someone else. I say, bring on the challenges.

Please tell us about Vyber Video.
We specialize in quality low-cost video production. At Vyber Video, we believe video should not be reserved for those with deep pockets, and after a decade of production experience making films and videos with budgets from $1M to $1K, I have learned that the most important aspect of utilizing a visual medium is the clarity of the message you are communicating. This means quality is always important, but also delivering your message succinctly and with clear intention. So, we focus on honing your message and on reducing as many costs as possible, except those that end up effecting the quality and delivery of your message. So, where most other production company’s starting budget is in the thousands or tens of thousands of dollars for a basic video, Vyber Videos’ video packages start in the hundreds of dollars. We are literally leveling the playing field for video marketing so that small businesses, entrepreneurs, and digital agencies can also utilize the power of custom video production for their marketing campaigns.

Do you look back particularly fondly on any memories from childhood?
Growing up my brothers and I spent our summers home alone as our parents both worked, they were entrepreneurs. Back then, it was more social acceptable to have an older sibling as a caretaker, which for us meant getting outside fishing and riding bikes, but we were also going to the video store and renting movies, lots of them. We watched at least a movie or two every day…sometimes if it was really good, the same one multiple times. A good movie was heaven. I remember how immersed I would get, and how much imagination sprung from those films and how we would take that energy outdoors and into the neighborhood when we played. We had lots of fun role playing, creating scenarios, and playing games. It was an adventurous and imaginative time. 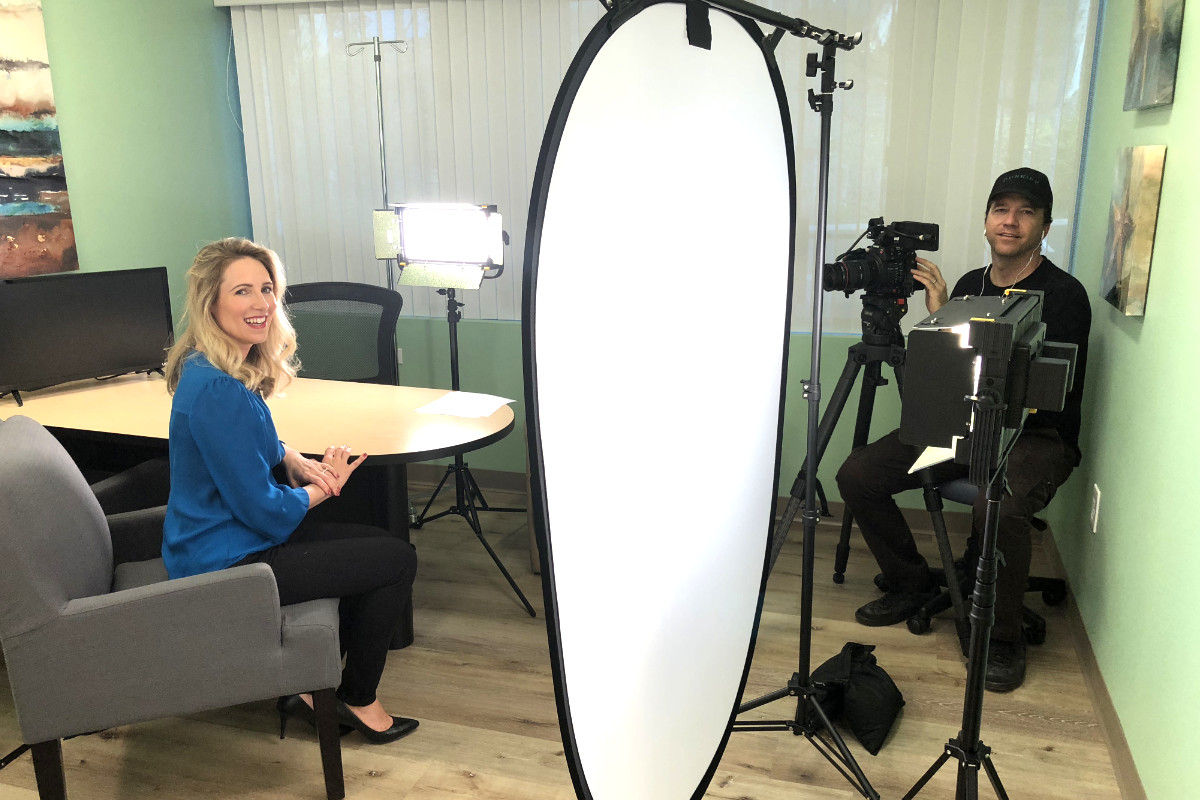 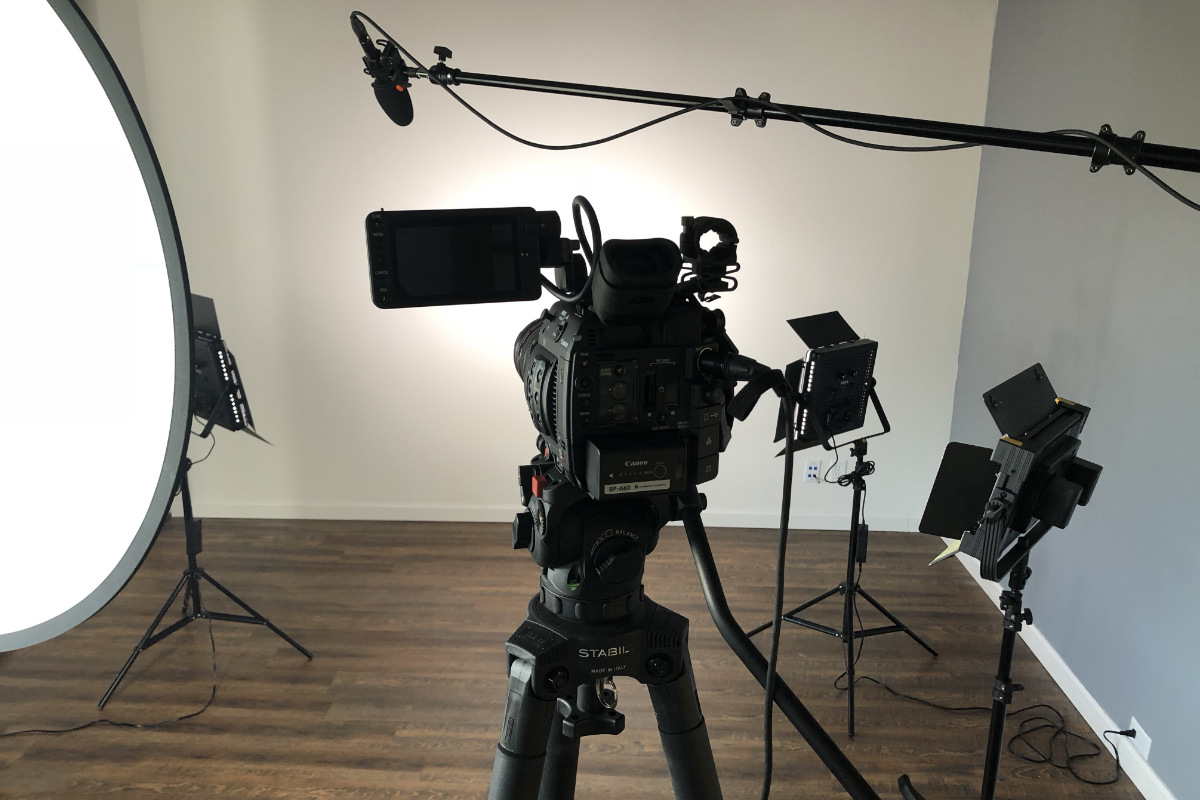 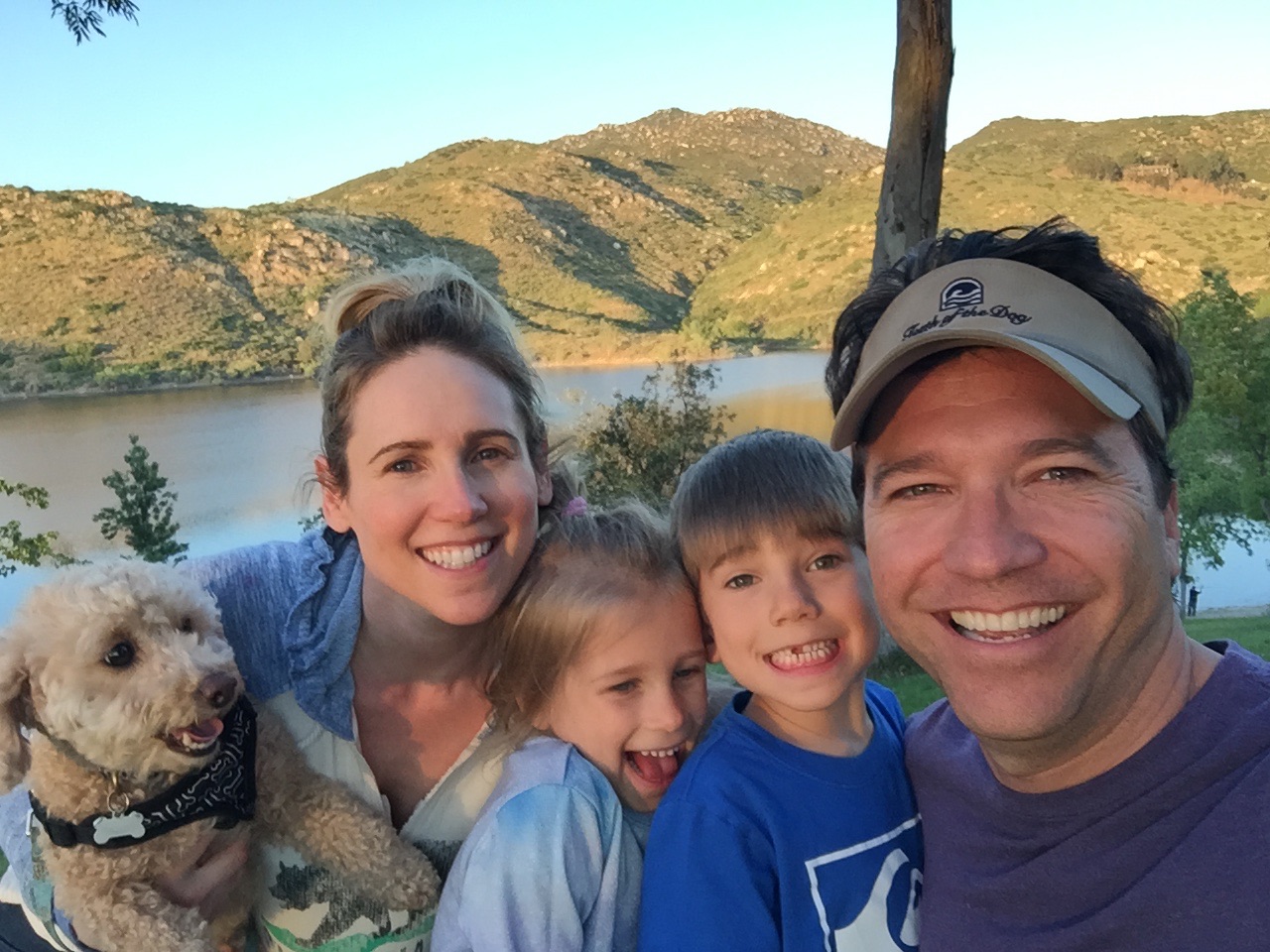