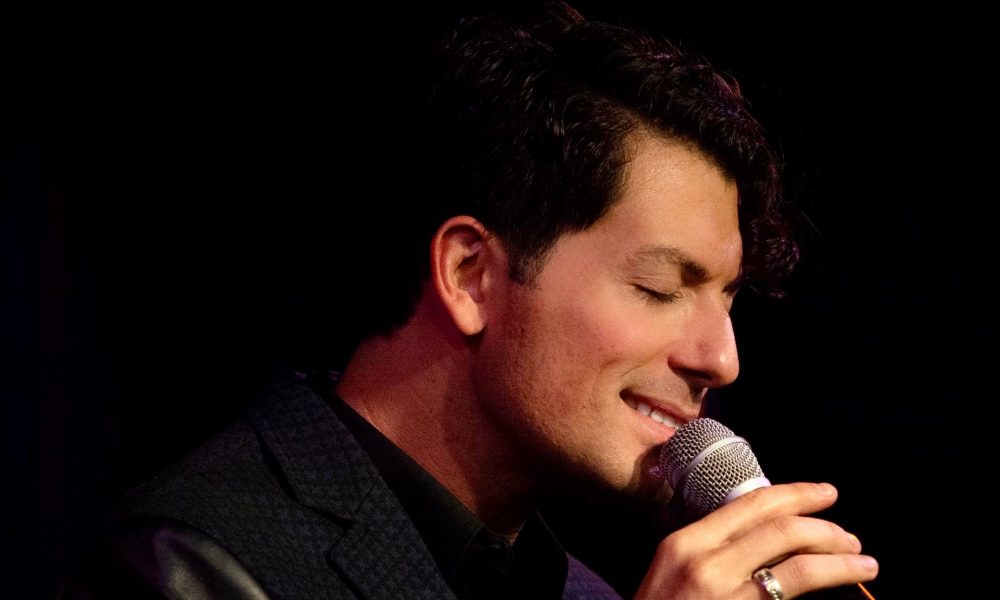 Today we’d like to introduce you to Jonathan Karrant.

Hi Jonathan, we’d love for you to start by introducing yourself.
I was born and raised in Fort Smith, Ar surrounded by family and friends. I had a loving and colorful upbringing in Fort Smith participating in serval local art events and classes. Such as; work for local and national television, theatre, ballet, and live music concerts. One week after graduating high school I moved to New York City where I studied at the William Esper Performing Arts Academy and worked at The Metropolitan Opera House at Lincoln Center for a few years before moving to San Diego. A friend brought me to San Diego and I fall in love with the city and was happy to find it had a thriving music sense.

My first gig in San Diego was at Mary Pappas’ Athens Market Taverna. It become a landmark in San Diego as it is the oldest restaurant and bar still opened in downtown. For those who know Mary, know what a creator she is. We had many fun nights celebrating life and live music at Athens Market. That’s where I really started to feel at home in San Diego making many close friends.

My debut album “On and on” was recorded at Studio West in Rancho Bernardo with pianist Josh Nelson, guitarist Mark Shapiro, bassist Rob Thorsen, and drummer Duncan Moore. The album was very successful with much support from KSDS Jazz 88.3 and a sold-out album release concert at then Anthology in Little Italy (now The Music Box). The album went on to reach number 4 on the Billboard Jazz Charts gaining national success in the jazz world. With that success, I started touring more and more across the states and in Europe.

In San Diego, I continued to perform for many events and had shows at Martinis Above Four in Hillcrest quarterly plus had steady work at La Valencia in Lo Jolla and at the Westgate downtown. Those Saturday nights at the Westgate were very special. The old-world room we performed in felt more like a room you would find in Europe or at the very least New York City. Even though it was a hotel bar the audience that showed up was a listening one. So, the focus was very much on the music. Those evenings gave me a chance to really connect with many musicians and fans. Over time several of those musicians have become a part of my musical family and several of the fans have become friends. While I’ve moved on to perform in bigger music venues, I’ll always look back at those nights at Athens Market and the Westgate with love and joy.

My most played single on Spotify is my more sophisticated and jazzy recording of the ’80s pop song Lady in Red. It was recorded at Peter Sprague’s studio in San Diego with pianist Mikan Zlatkovich, bassist Bob Magnuson and drummer Duncan Moore. After its release, I was named Best Singer by the Bravo San Diego Awards.

My recent album “Shadows Fall” is a collaboration with pianist Joshua White. Joshua is a San Diego native and he is very beloved in the area not to mention beyond. The album hit number 4 on the iTunes Jazz Charts and was in the top 10 on the National Community Radio Charts. This album was really inspired by the people of San Diego letting me know often how when they heard Joshua and I perform together it was magic.

I have to give credit to some of my San Diego musical family who has inspired me along the way and continue to do so; Joshua White, Mikan Zlatkovich, Gilbert Castellanos, Sacha Boutros, Justin Grinnell, Julien Cantelm, Danny Green, Gunner Biggs, Brett Sanders, Benjamin Wanicur, Sharon Dubois, Bob Magnuson, Duncan Moore, and Marshall Hawkins. I also have to give a shot out to KSDS Jazz Radio Station. Not many cities have a great jazz radio station that is so involved in the community. They really contribute to the local music sense by giving so much support. San Diego is so fortunate to have such a high quality of talented musicians living and performing in the area. I’m lucky and privileged to be a part of it.

On July 14th we had a fantastic concert at The Music Box with Gilbert Castellanos, Joshua White, Justin Grinnell, Julien Cantelm, and you’re truly. I’m doing some touring in the summer and working on finishing up two albums. One I’ll be touring within the fall/winter. November I’m releasing a holiday album that is a collaboration with the Joe Alterman Trio and features Kenny Rampton, Houston Person plus a duet with Grammy-winning jazz legend Diane Schuur. To be announced: An album release show in November or December in San Diego.

We all face challenges, but looking back would you describe it as a relatively smooth road?
I can’t complain but (hehe!) in the music business there are always ups and downs. This busy seems to come in waves. Some months you’ve got lots of concerts booked or you’re working on an album and other months there’s not much happens. You really have to be self-motivated to move forward. Unless you’re with a major recorded label, (which they are signing less and less artists) albums are a big expense to produce. However, you do need to release them to stay relevant and to have something to tour with. Jazz is one of America’s only art forms born here in the USA but it doesn’t always get the attention it deserves. It seems to be more respected in Europe but it still thrives here in the states if you know where to find it. I think some of the reason for it not being as popular is our society’s fleeting attention span and our declining education system where basic music history and music theory are not being taught.

Covid has hurt many different businesses but has really hurt live music. Artists don’t make much money with actually music anymore since everyone can stream it for practically free. So doing concerts are where we make our real income. People have seemed to be reset like they don’t do all the same things they use to and many people are still afraid to go to events with crowds. It’s defiantly been hard to stay afloat and look to the future during these times. You never know if your show dates will be canceled or if people will be willing to buy tickets and show up. Also, with the economy going up and up people are not spending as much, and likely so as live music is entertainment, not a necessity. However, there is nothing like live music. It brings people together in a special way and I’ve always found it to be very healing for audiences.

Can you tell our readers more about what you do and what you think sets you apart from others?
I’m a jazz singer. That being said, there are many different styles of jazz. I’m not as traditional or pop as Harry Connick but I’m not as outside the box as Kurt Elling. You don’t need a music degree to enjoy my style. I think in one of my concerts there is something there for everyone. While I do love playing with melody and time in a vocal jazz style, my main focus overall is on the lyrics, and the storytelling. I work on feeling and hopefully, I can take you with me on a journey. While I love all the music from the Great American Songbook, I also love creating new standards. Taking pop, rock, folk, or R&B songs not usually found in the jazz genre and coming up with new arrangements for them. Taking the song out of the era it was born in and making it timeless with a sophisticated, hip, contemporary twist. I try to work the arrangement to where it will draw the listener in more while still having fun and playful moment depending on the song.

What were you like growing up?
I grew up in Fort Smith Ar. I had lots of close family and friends around giving me a great support system. I was very musical, dramatic, and playful as a kid. Always acting things out and playing games or belting out songs. The life of the party even at age ten. I had a big imagination and was always creating things, and still do. I started singing in church and took private music lessons. I also performed in the school choir and did serval local plays. My Mother had a ballet studio so instead of a babysitter, I took tap and jazz dance classes. My Father is a businessman but also a hobby farmist. So, on weekends I was playing at the farm, climbing trees, or taking friends with me to play outdoor games. As I got older, I worked on the farm helping to plant, build fences or work the cattle. 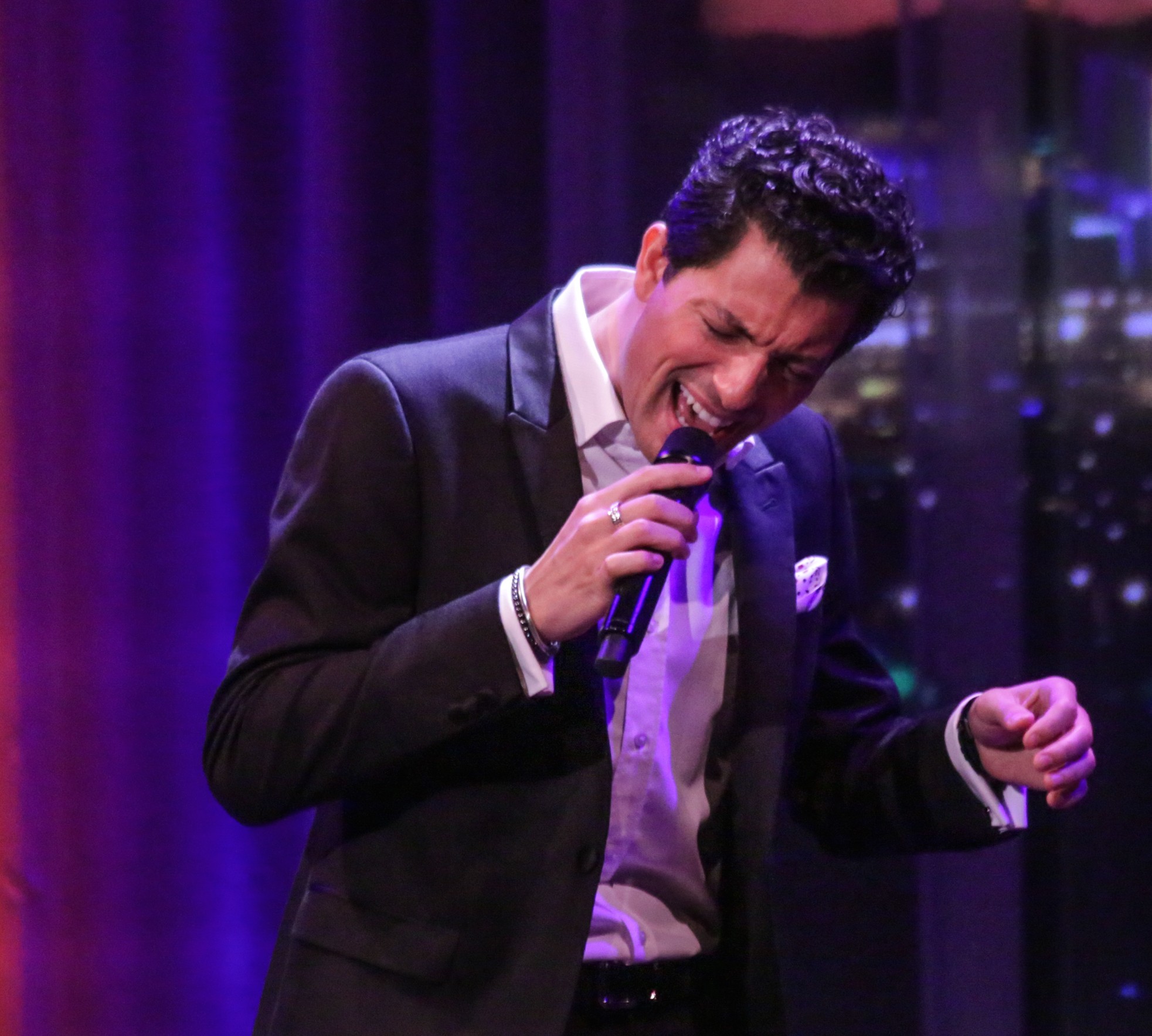 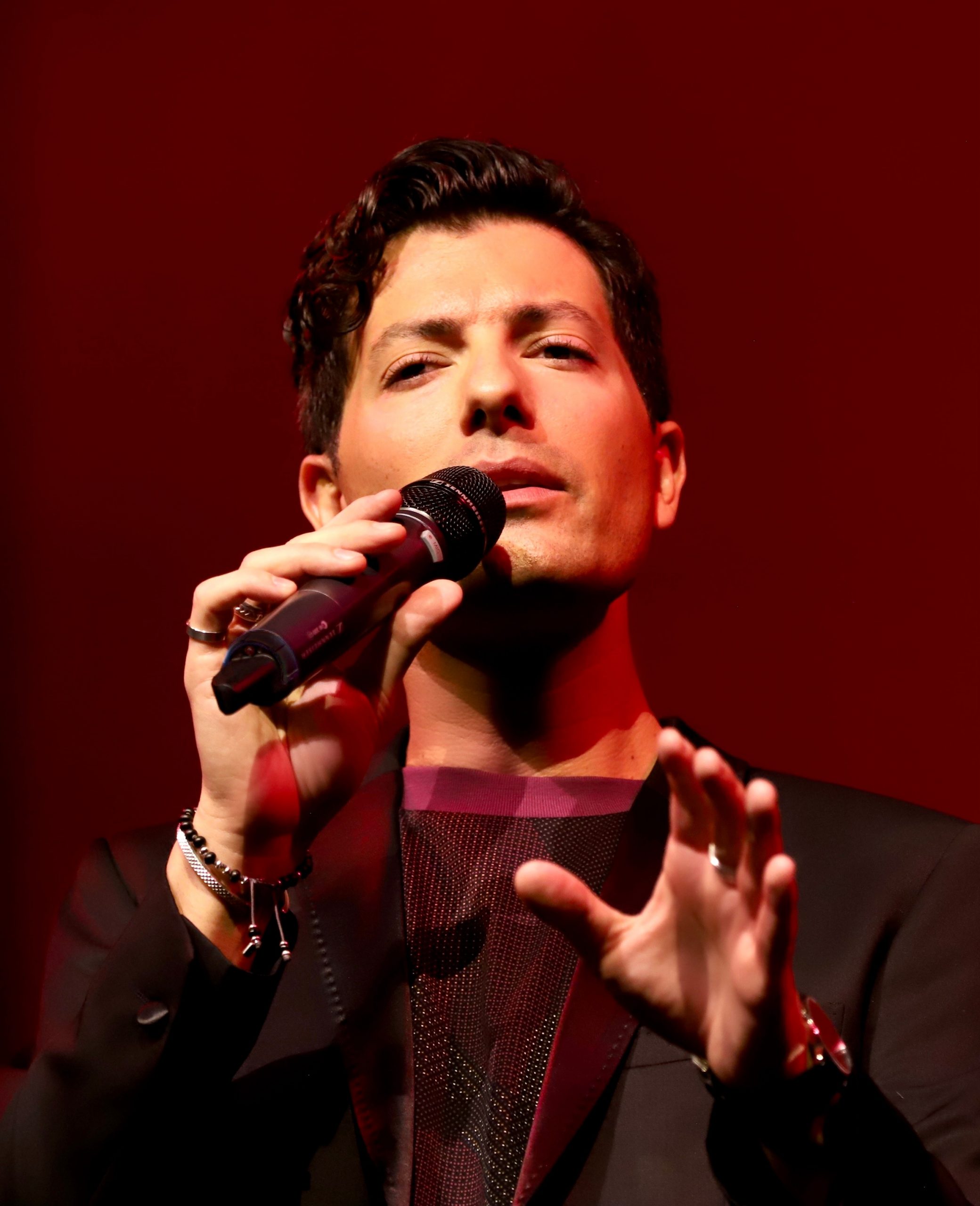 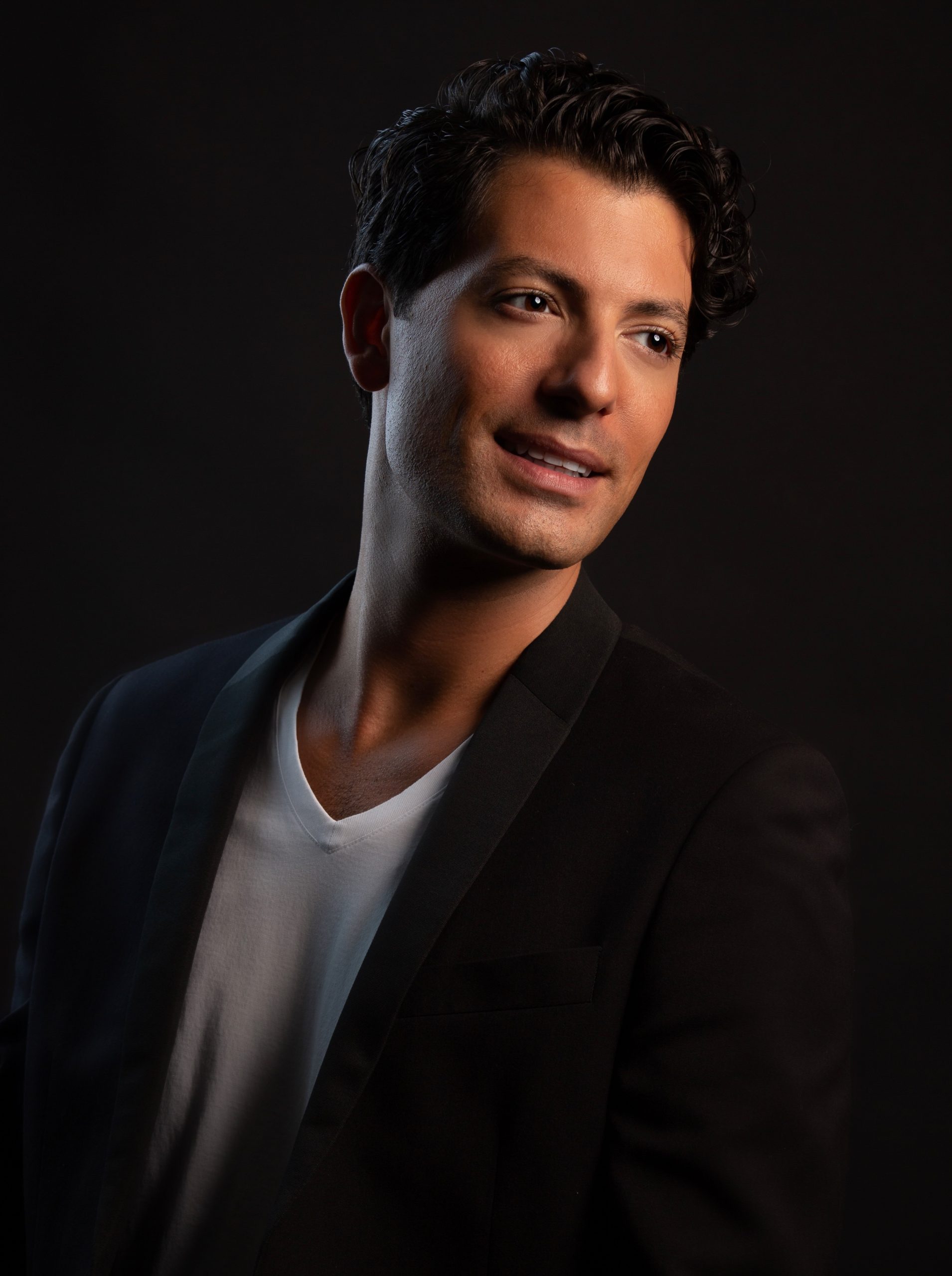 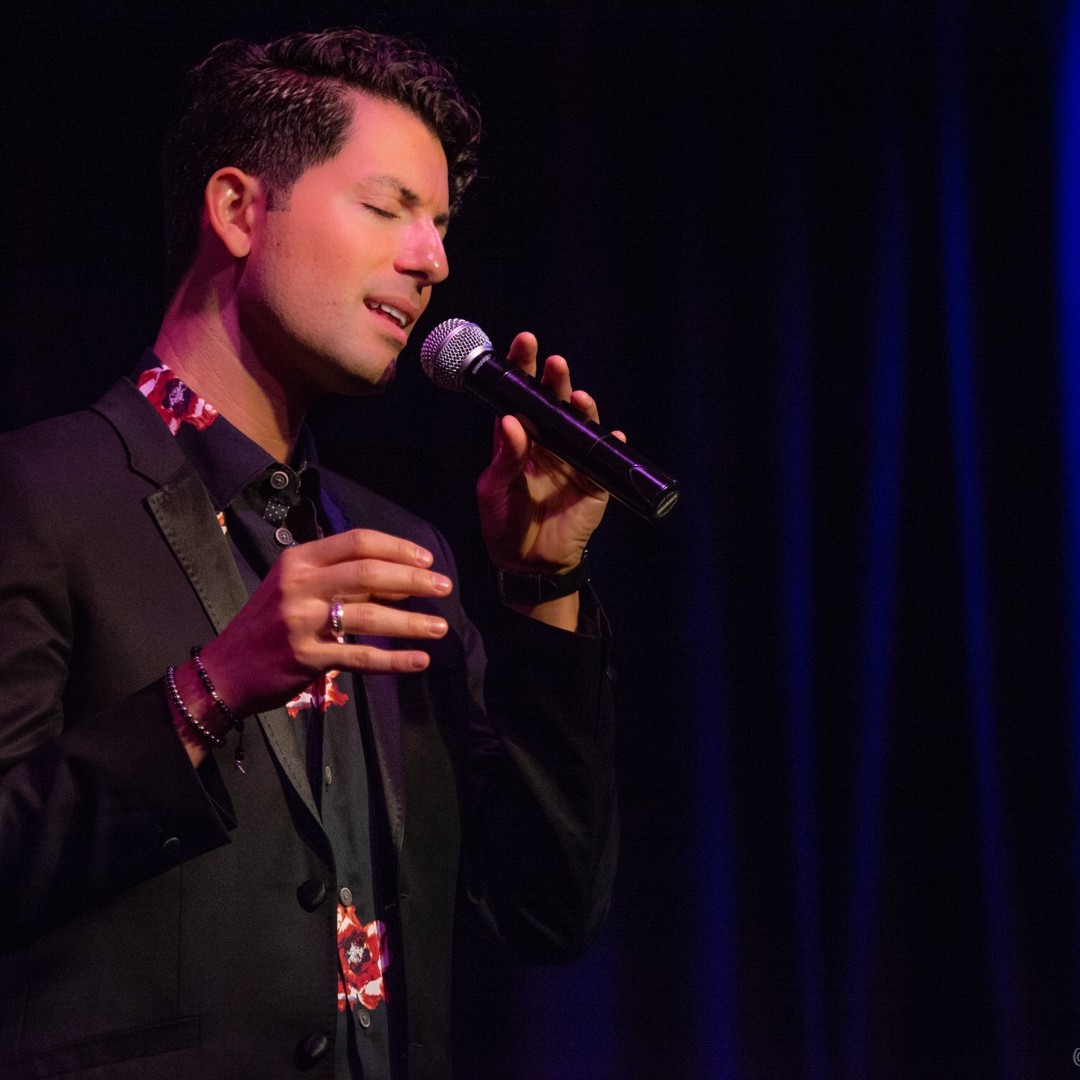 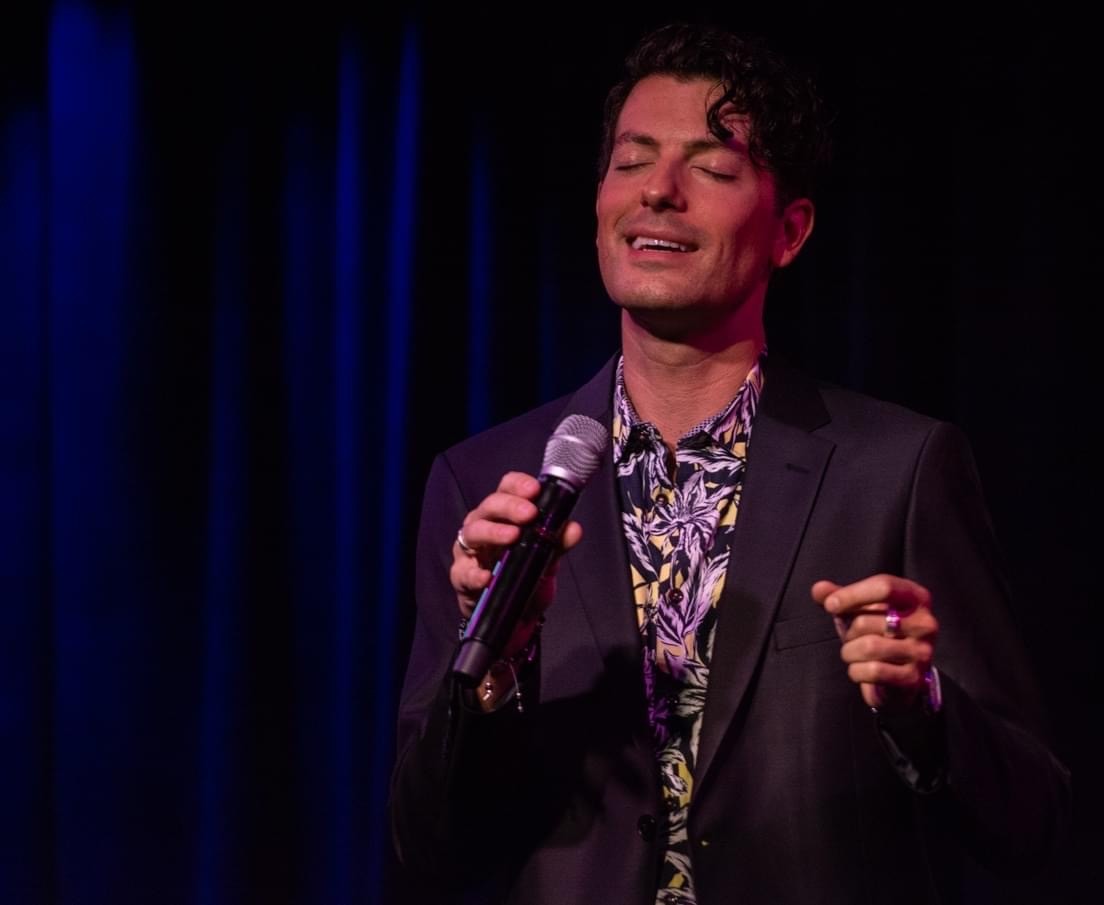 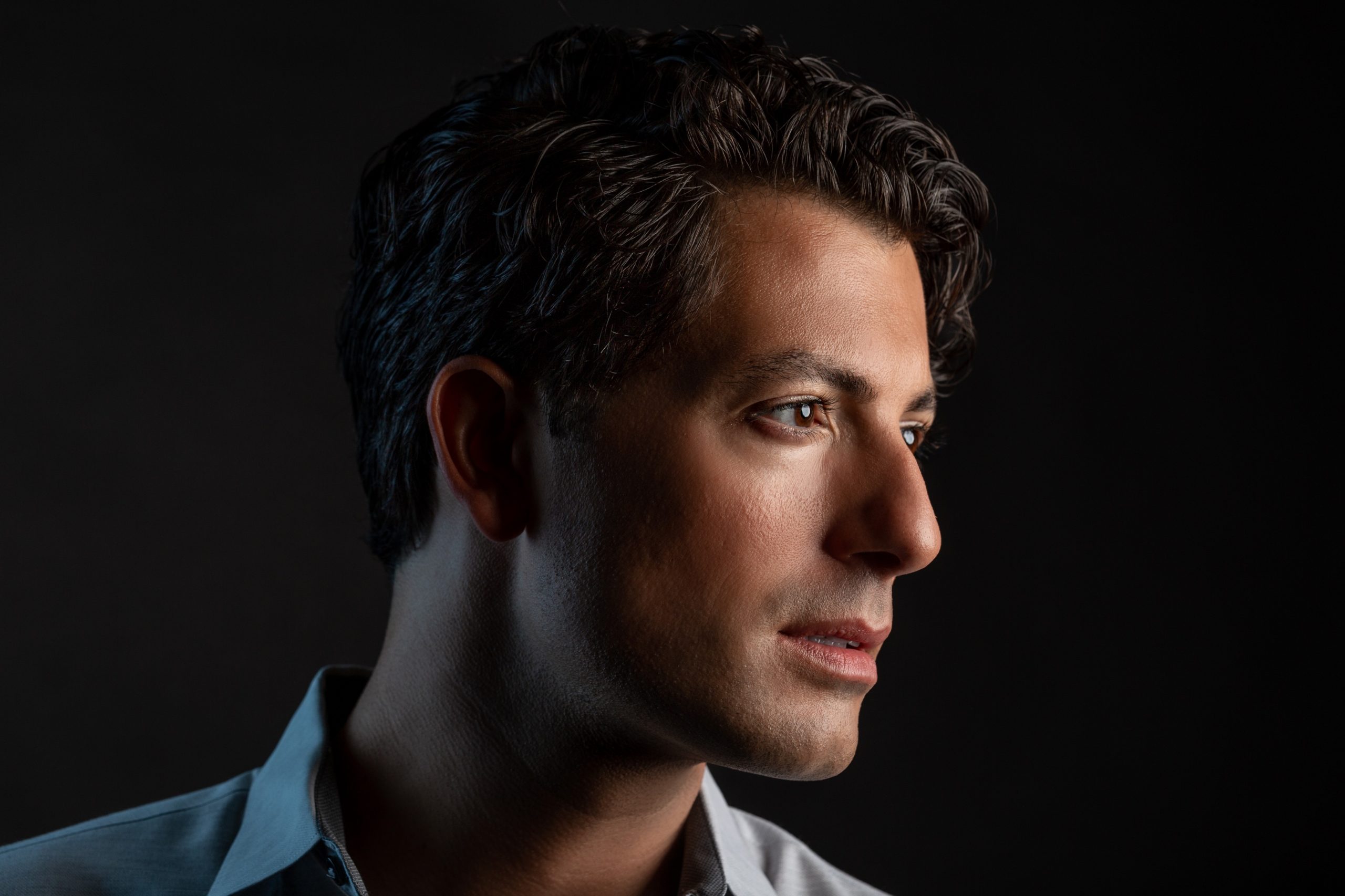