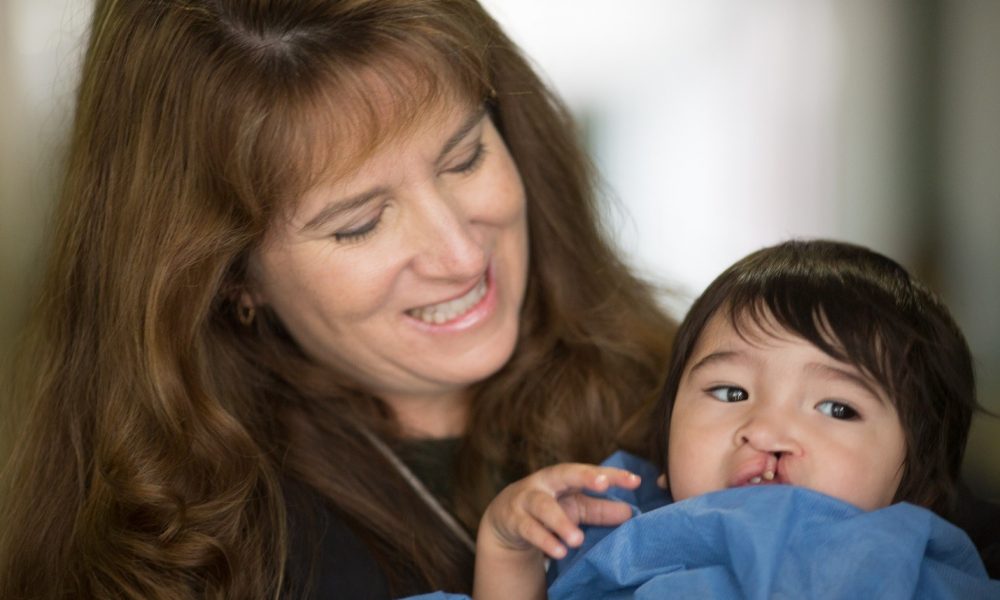 Today we’d like to introduce you to Kathryn (Kathy) Guevara.

Kathryn, let’s start with your story. We’d love to hear how you got started and how the journey has been so far.
I’ve been a nurse since 1988 and began working at Scripps Mercy Hospital in San Diego’s Hillcrest neighborhood in 1993 as a perioperative (OR) nurse. As a new nurse at Scripps Mercy Hospital, I attended a program during which my colleague Patricia Robinson talked about a nonprofit organization that she helped found at Scripps Mercy called MOST (Mercy Outreach Surgical Team). It’s a volunteer organization of nurses, physicians, and many other people in San Diego and Mexico that provides free corrective, life-changing surgery to children in Mexico.

The rewards that I have received from becoming a part of this team are far greater than anything I could ever give. Seeing a parent reunited with their child after surgery, with tears of joy, relief and gratitude in their eyes, is emotionally overwhelming to witness.

MOST has provided surgery to more than 13,000 children whose families otherwise couldn’t have afforded it – from correcting cleft lips and palates, to burn scar releases, removal of extra fingers and toes, webbed finger release, correction of crossed eyes, hernia repairs and more. All MOST team members are volunteers and include surgeons, anesthesiologists, nurses, operating room technicians, pharmacists and other support volunteers. I’ve volunteered with MOST in numerous roles for many years now, currently as its coordinator, which entails doing what’s needed to ensure a successful mission trip, from recruiting volunteers, to arranging team travel, to ordering and packing supplies.

Through the years, MOST has allowed me to use my nursing skills to help those in need and, in return, gave me an even greater sense of compassion when caring for my patients at Scripps on a daily basis.

MOST was started in 1987, the result of nurses Patricia Robinson and the late Judy Hame sharing stories about their experience volunteering with surgical teams. They shared a desire to organize a program to help poor children from Mexico. The nurses wanted their colleagues to experience the reward of volunteering while helping children in need and proposed Mercy Day, a day in which children from Mexico could receive free surgery. The response to their idea was overwhelmingly enthusiastic.

On Feb. 13, 1988, two buses arrived at Scripps Mercy Hospital carrying children and their families who had traveled for almost three days from the state of Oaxaca, Mexico.

Volunteers worked throughout the day and long into the night to perform surgery on 58 children. There were 14 more Mercy Days, during which surgeries were provided for more than 1,100 patients. Mercy Days were held in September, close to the date of the feast of Our Lady of Mercy, patron of the Sisters of Mercy, whose mission included founding Scripps Mercy Hospital. Physicians and nurses from almost every hospital in San Diego County participated in the events, as did the Centro Social Israelita from Tijuana, San Diego Rotary Club 33, the law firm of Thorsnes, Bartolotta, Maguire & Padilla, and Marines from Camp Pendleton.

Mercy Days were my first experience with MOST. During that day, I was amazed at the multitudes of people who volunteered their time and talents to help people. In 1989, MOST began bringing its services to the communities in need throughout Mexico so that children and their families would not have to travel such long distances. Our primary focus is children, but we provide surgeries for adults if our schedule permits. The team, which now makes two weeklong trips each year to central and southern Mexico, and shorter weekend trips to communities in Baja, has since accomplished 53 missions thanks to its close working relationship with Mexican Rotary Clubs and various state and local governments and medical communities.

On each mission, approximately 50 to 55 volunteers travel to different cities to perform surgeries for 250 to 300 children. My first mission trip was to the town of Jerez, Zacatecas in central Mexico. I was awe-struck by the quantity of people that needed our assistance. Many families would travel for days to see us, in the hope that their child would be selected for surgery. On that first trip, I recall working long hours and being so tired I just didn’t think I could work another day. But by the end of the week, I could not wait to go on the next trip. I would always return to San Diego with a renewed spirit.

I went on six mission trips with MOST until I took a break in 2000 to start my family. In 2012, I was selected to be MOST’s coordinator. When I came back to MOST, my son and daughter were in grade school and it was hard on them when I would leave to go on a weeklong mission trip. I would return home and share stories of how the MOST team had changed the lives of so many children who were the same ages as them; of how children who had had surgery for their crossed eyes would no longer be bullied and children with cleft lips who had been hidden away from society could now go to school and become a part of their communities. Now, my children, both teenagers, are eager to go on a mission trip when they are old enough.

Every volunteer has a patient story that is dear to their heart. One nurse tells of a 17-year-old boy who had his cleft lip repaired. He was given a mirror in the recovery room and the first thing he said was, “Now I can kiss a girl.” One adolescent patient arrived at our clinic wearing a surgical mask. I naively thought that it was because he was concerned about catching a cold. But it was because he was hiding his cleft lip behind that mask.

Overall, has it been relatively smooth? If not, what were some of the struggles along the way?
MOST are entirely funded by philanthropy. Expenses for each mission, including travel, lodging and supplies, are about $100,000. In the beginning, funding for each mission was uncertain. The coordinator would often charge the airfare and hotel for the entire team on her personal credit card, hoping that there would be enough funds donated to reimburse her.

MOST now has many generous supporters ensuring that we will be able to provide care for those in need for years to come. Since 2011, MOST has hosted an annual Mariachi Festival fundraiser. That first festival, held in a church basement, raised $25,000 for MOST. Our next festival, scheduled for June 2 at Humphreys by the Bay, will help to raise funding to underwrite two MOST trips within a year.

Alright – so let’s talk business. Tell us about Mercy Outreach Surgical Team (MOST) – what should we know?
It’s amazing to think that in 31 years, MOST has provided free surgery to more than 13,000 children whose families otherwise couldn’t have afforded it. In addition to performing surgeries, MOST has an eyeglass program that was started in 2004.

Children in need are provided with a new pair of glasses that they select themselves. In the early stages of the eyeglass program, the children were given hand-me-down glasses. It was quickly determined that if the child did not like their glasses, they would not wear them. In 2005, new eyeglasses were provided to 12 children. Thanks to generous supporters, MOST now provide glasses to over 100 children each trip.

Many MOST patients have stayed in touch with volunteers and share their successes in life. One patient shared that before her surgery, she had been contemplating taking her life because the bullying she received was too much to take. She is now married and works as a teacher. Another patient received care for her multiple burn scars during one of the very first Mercy Days. She has since returned, now a young woman, to share with us that she is a successful chef. We have had families come to us with three of their children needing surgery. Without MOST, they never would have been able to provide surgery for the children.

When the team arrives on a mission, there are often more than 500 patients waiting to be evaluated, each hoping to be selected for surgery. It is very emotional walking past the waiting families. Many of these patients have traveled long distances to be evaluated by the MOST surgeons.

When a child receives care for their physical deformity, not only does this positively impact the child but their family as well as their community. A little boy named Francisco came to us after a severe burn injury. His neck was stuck to his chest so that he could not lift his head and his arms adhered to his sides. The surgeons of MOST have provided multiple surgeries for him over the years, and he is now 27, a successful accountant and engaged to be married.

Francisco now volunteers with the MOST team on every mission trip and he brings patients to us from his hometown.

Who else deserves credit – have you had mentors, supporters, cheerleaders, advocates, clients or teammates that have played a big role in your success or the success of the business? If so – who are they and what role did they play/how did they help?
Patricia Robinson, one of the nurses who founded MOST and was the coordinator of the program for many years, continues to volunteer and helps with much of the trip preparation. Along with the founding nurses, the entire roster of MOST volunteers deserves credit.

MOST is a group of very dedicated volunteers that feels like a family. There’s a core group of volunteers that has been involved for many, many years. They help with all of the logistics involved in making each trip successful, from site planning to shipping of our supplies and equipment, as well as working with customs officials in both countries to successfully manage each trip.

To take part in a mission is to take part in something much greater than you can imagine. It really puts your life into perspective when you see all of these parents, traveling great distances in the hope that MOST can help provide a better life for their child. When they hand their child to us for surgery, they are entrusting us with what’s most precious to them. 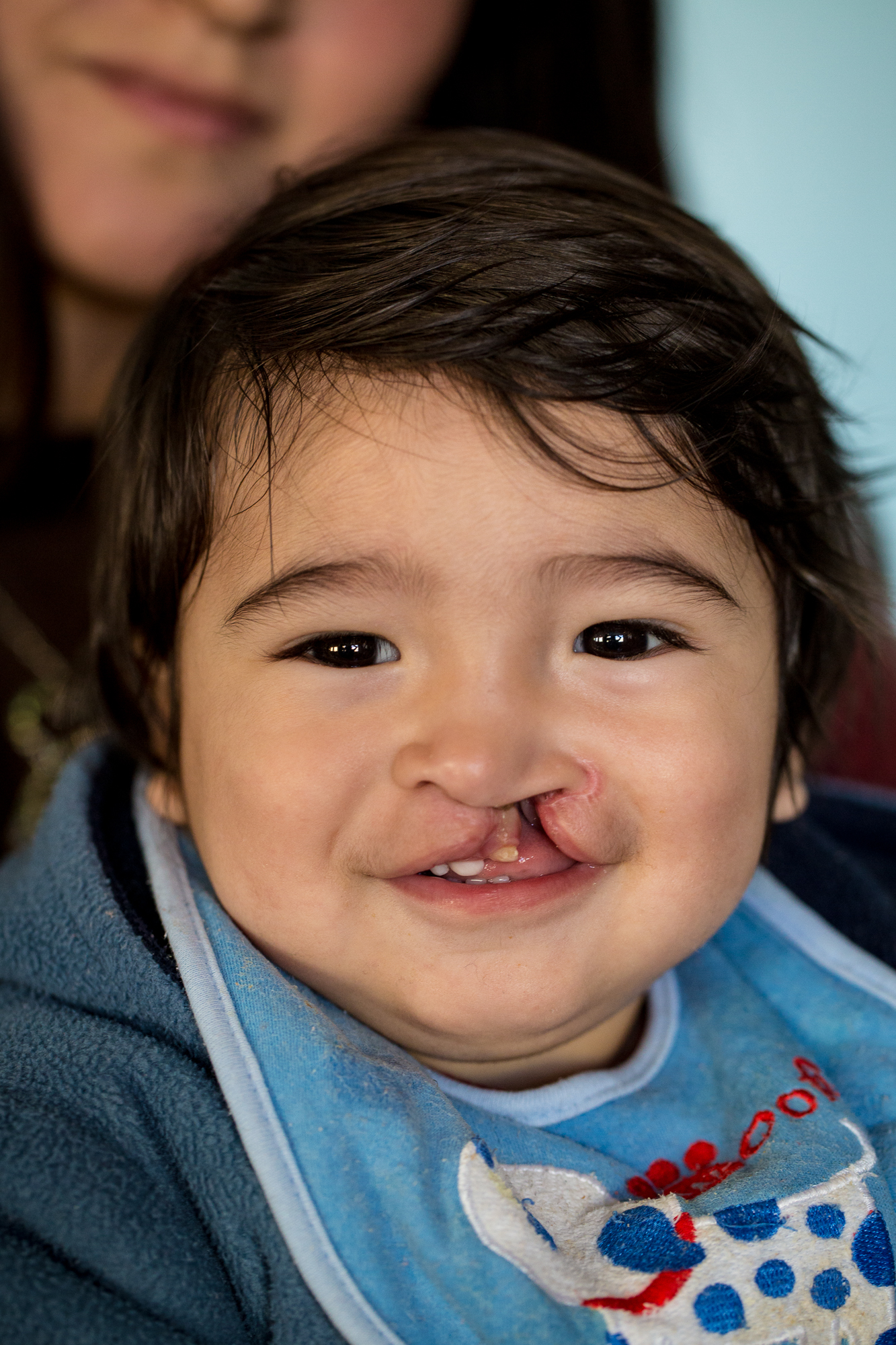 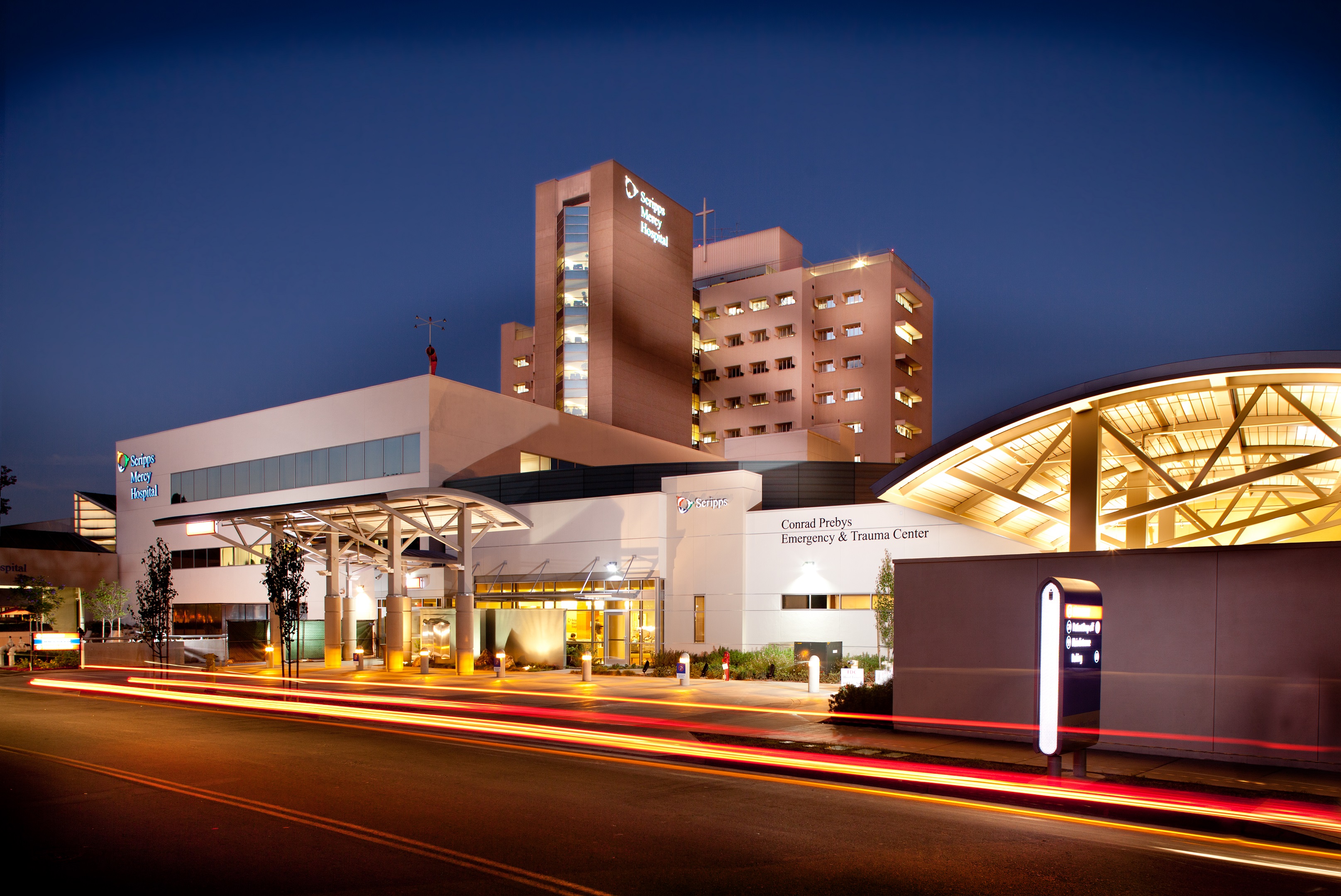 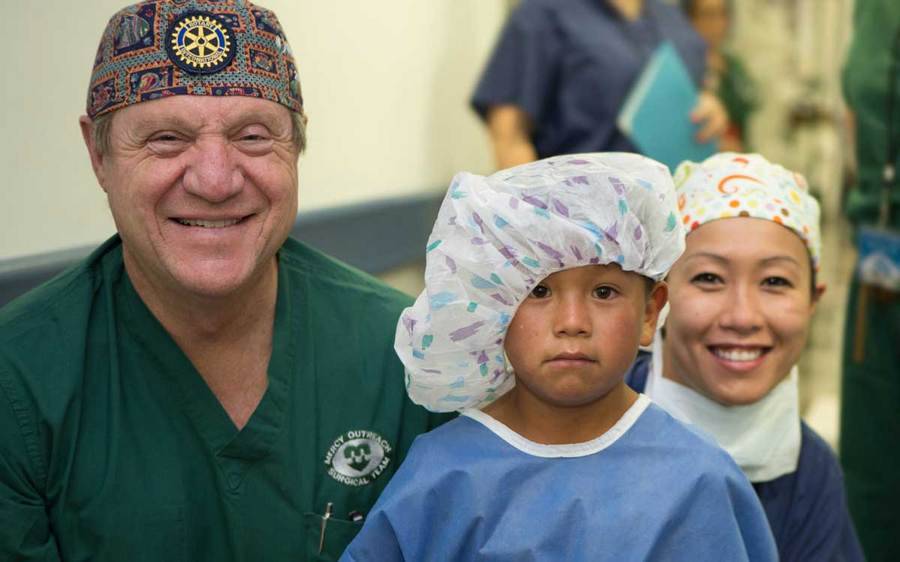 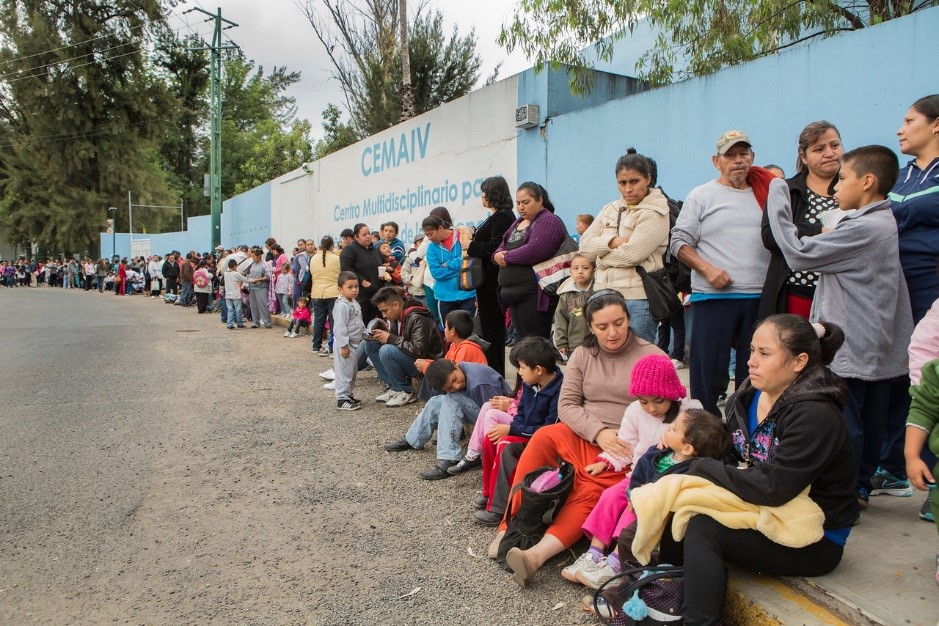 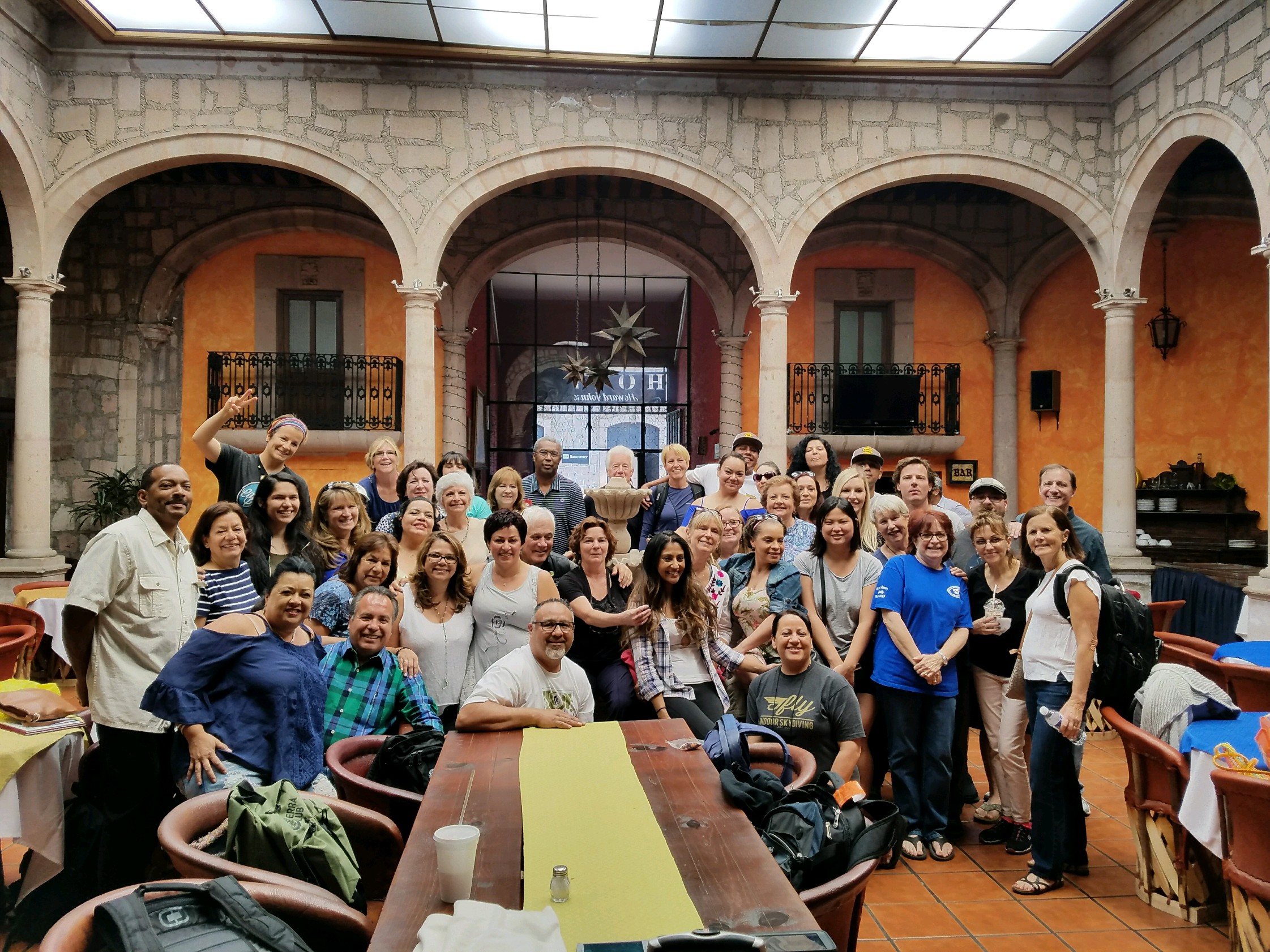 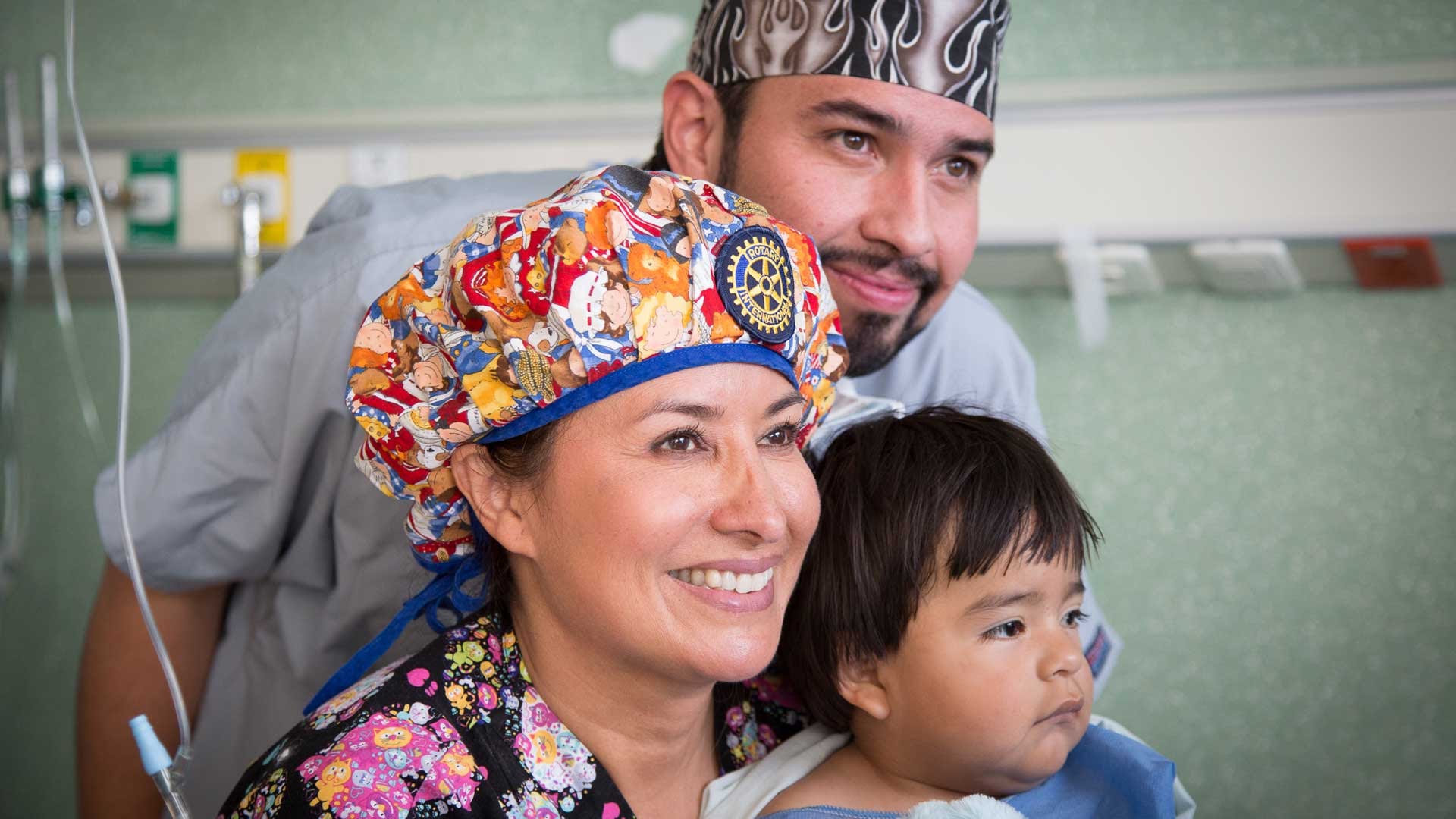 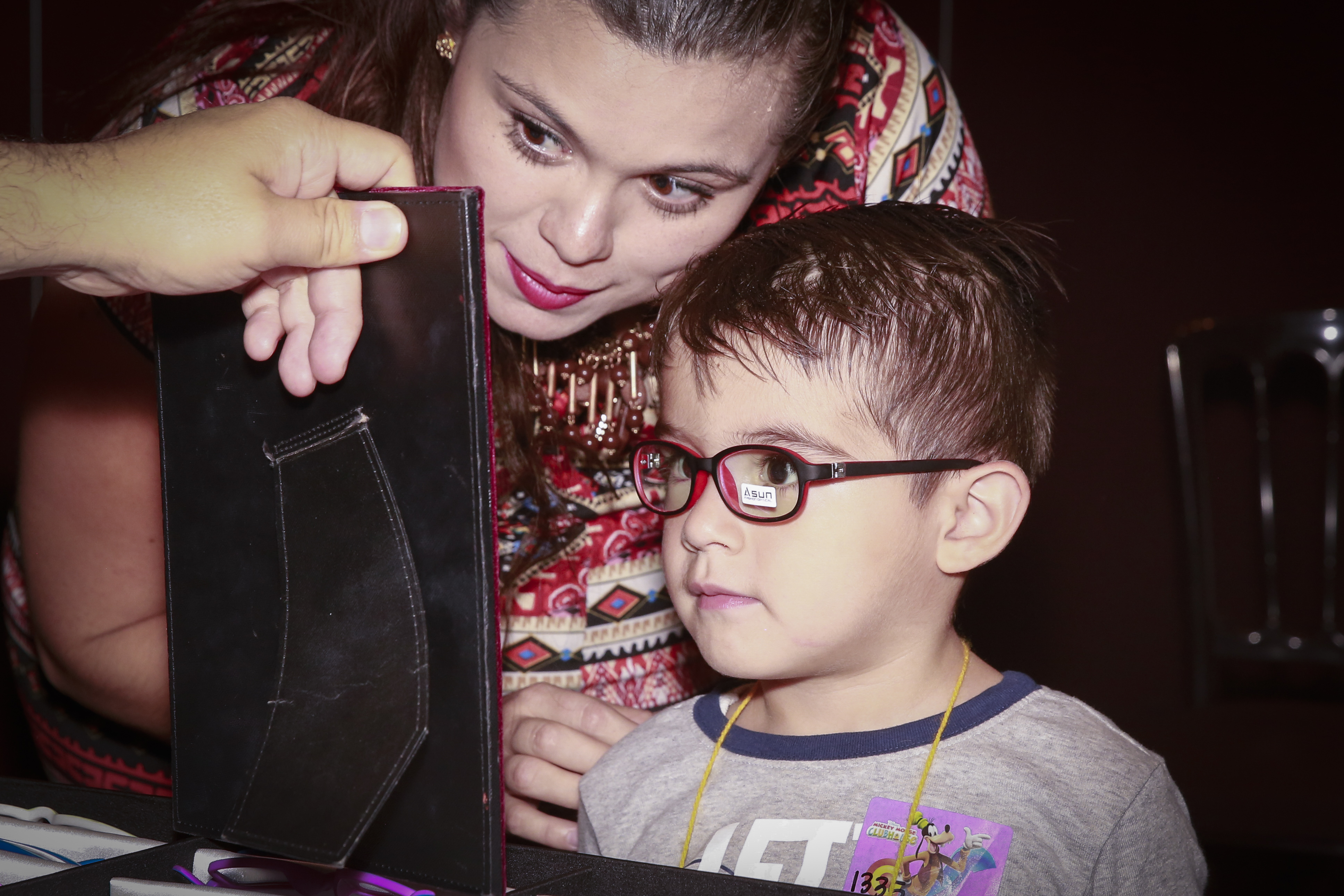 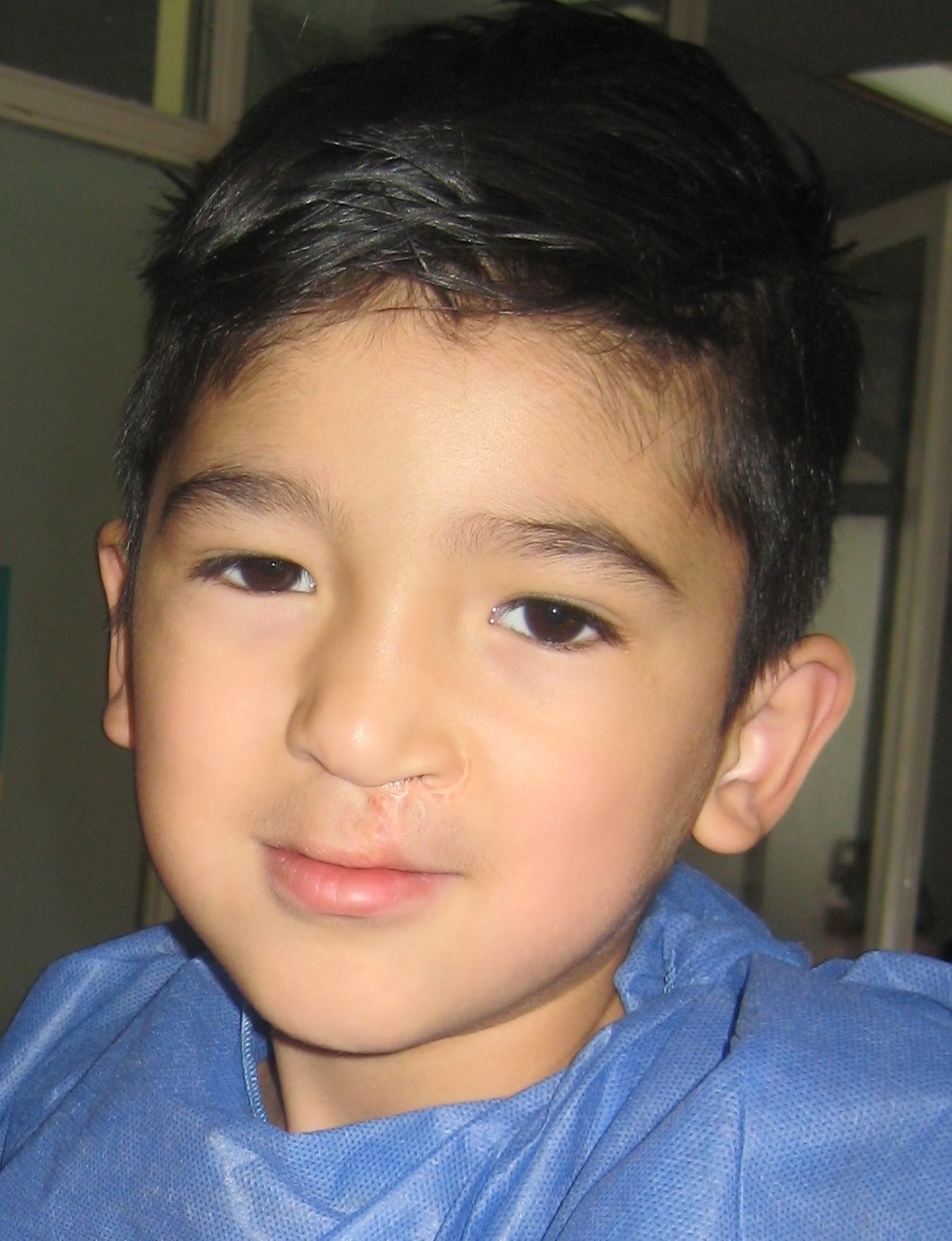 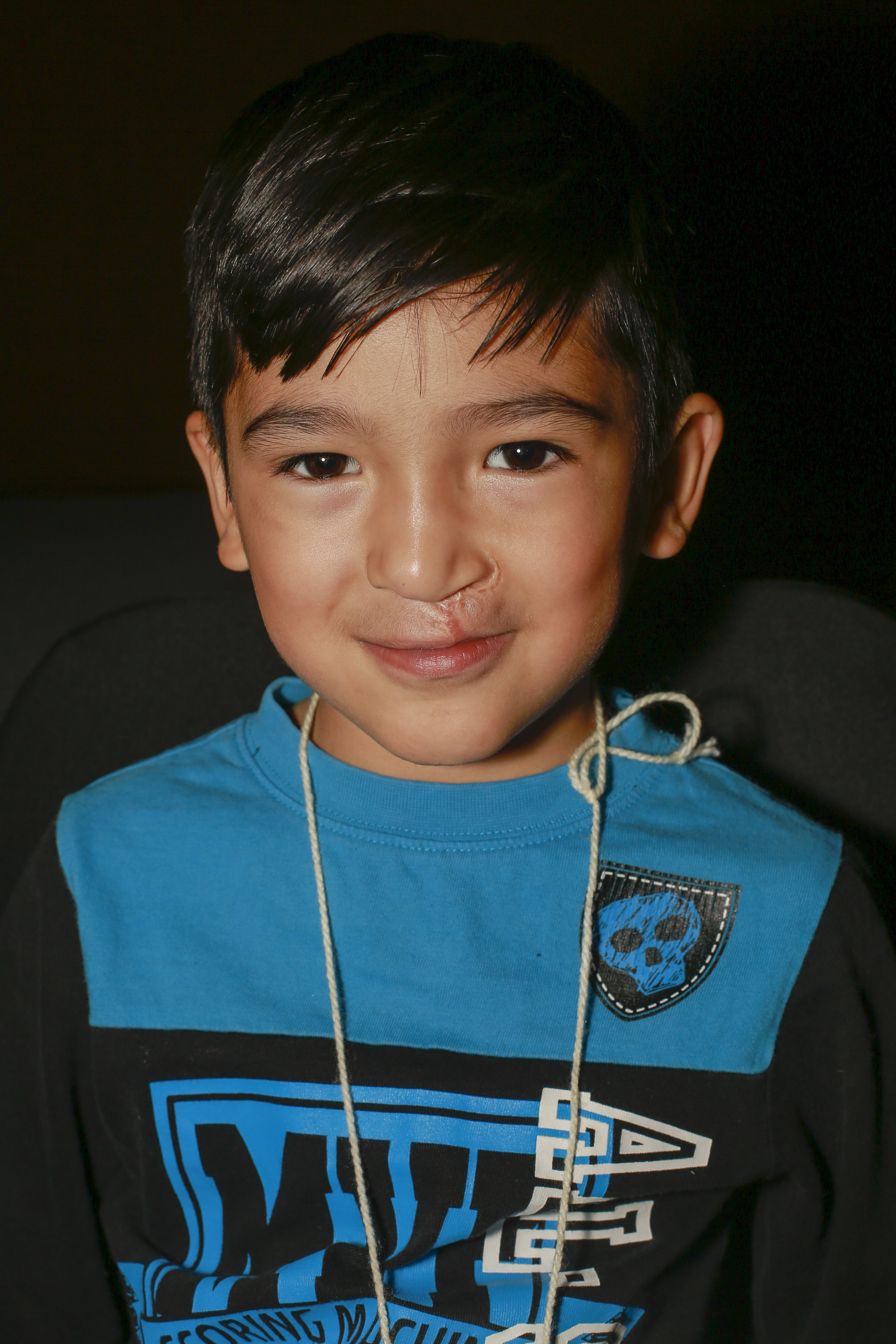