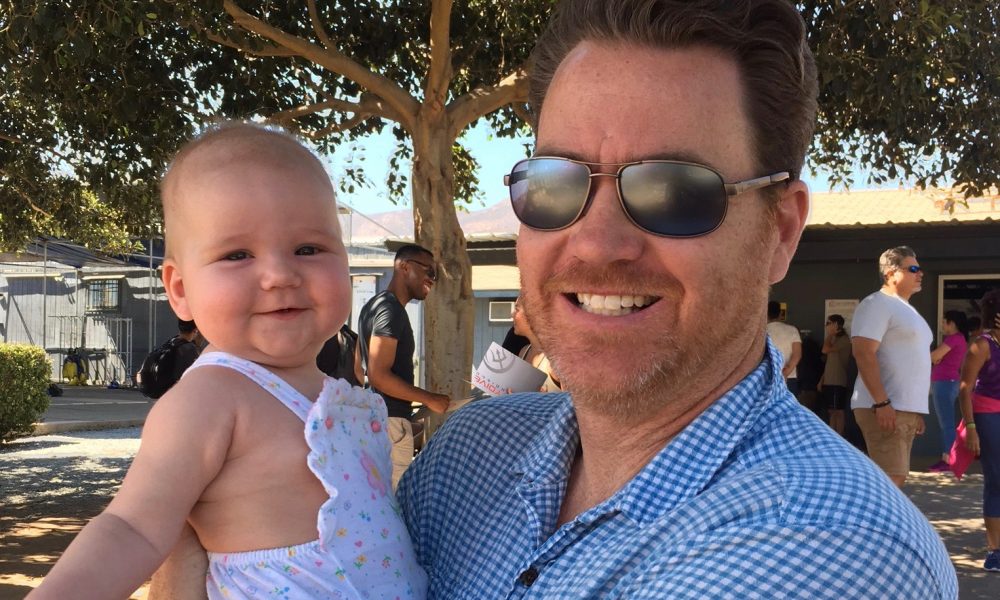 Today we’d like to introduce you to Matt Libby.

Matt, before we jump into specific questions about the business, why don’t you give us some details about you and your story.
San Diego has always been a magical place for me. I grew up in Ahwatukee, AZ and throughout my early life, I would have visits that would decidedly change my direction. When I was in high school, I was lucky enough to have a friend whose parents had a boat at Sunroad Marina on Harbor Island. I spent many summer vacations waxing boats to fund my summers out here. It was then that I found a bench that looks over the million-dollar view of the San Diego skyline. This bench became a place that I would pilgrimage to in order to make big decisions in my life. From this bench, I had the Lindbergh Field airport behind me, Coast Guard air station to my left, downtown beyond that, the Coronado Bridge that lead to a utopian Pleasantville and the North Island. To the right was the hill of Point Loma, a place I dreamed of living someday.

From this bench, I decided to join the Coast Guard, learn to fly helicopters, start a few businesses, get married, and many, many other decisions. I felt from that seat, I could see everything I wanted to accomplish in life. Not only have I sat on that bench and viewed the world, as my decisions were made, I was able to see the bench on Harbor Island with different vantage points. While flying into SD, I can see it. While my Coast Guard ship would pull into port, I would see it from the water. I moved here in 2008 for a job in Sustainability and every day has felt like a vacation ever since. I feel very blessed to be living here and can actually see that bench on Harbor Island from my house. I have come full circle and it is wonderful.

After moving here in 2008, I became a fellow in the San Diego chapter of the Startup Leadership program. This program is one of the best programs to put entrepreneurs from every discipline and experience level together in cohorts to learn from one another. Many local legends in the Startup space came in to speak to us and share their stories. It was here where I started to really think about implementing many of my ideas. I was told many people have ideas. It is the successful people that take that step and implement the ideas. Before, I had dabbled in my own business but that included buying a Quizno’s franchise and building it from scratch. There were a framework and support staff to help the franchise out. But now, I was ready to really take a leap and start something from scratch. Since then, I have invented and sold a retractable dog collar product, started a few websites and now launch a Glove company called Hold Fast Gloves. The term Hold Fast has been a motto of mine since the first days visiting San Diego on that Harbor Island bench.

We’re always bombarded by how great it is to pursue your passion, etc – but we’ve spoken with enough people to know that it’s not always easy. Overall, would you say things have been easy for you?
Yes, of course, there have been many challenges. That is part of the Startup Process. Not every idea is an idea to ride all the way through. The trick is to do your due diligence and see it through far enough to make a wise decision to cut it away or go all in. Otherwise, one will always wonder about their one idea that could have been something or even worse when you see your idea implemented by someone else who had the gumption to see it through. It takes guts to see something through. I do not know if many people give 100% to anything. It is a good exercise to give something 100% and find your failure point. At least then you know where you can pull it back to maintain a strong workable effort. If you do not fail and find that point you truly never will know what kind of effort you are really giving on a day to day basis.

One of my favorite quotes is from Theodore Roosevelt, “The Doer of Deeds”.

“It is not the critic who counts; not the man who points out how the strong man stumbles, or where the doer of deeds could have done them better. The credit belongs to the man who is actually in the arena, whose face is marred by dust and sweat and blood; who strives valiantly; who errs, who comes short again and again, because there is no effort without error and shortcoming; but who does actually strive to do the deeds; who knows great enthusiasms, the great devotions; who spends himself in a worthy cause; who at the best knows, in the end, the triumph of high achievement, and who at the worst, if he fails, at least fails while daring greatly, so that his place shall never be with those cold and timid souls who neither know victory nor defeat.”

That quote about sums the obstacles and challenges question to me.

So let’s switch gears a bit and go into the Hold Fast Gloves story. Tell us more about the business.
The term Hold Fast has been my motto since I first heard it on one of my first trips to San Diego. Being raised in Arizona, I did not have much boat experience. I met a salty sailor during a summer vacation from high school who taught me to be a deckhand. He had the eight letters of “Hold Fast” tattooed on his knuckles. When I finally built up the courage to ask him about the tattoo, he said he got it while in the Navy and it was to bring him good luck.

I joined the Coast Guard and quickly learned the importance of being part of a crew. Every member of the crew has their duties. If one person fails, he or she can risk the rest of the crew. It is here where I learned the importance of the phrase “one hand for you, one hand for others.” On an underway vessel, you must always secure one hand to the boat and then use your other hand to complete the task. If you use both hands on the tasks you risk falling overboard. If you hold on with both hands you are worthless to the crew. The term Hold Fast to me means, taking care of yourself so that you can then take care of others.

The term officially means “continue to believe in or adhere to an idea or principle. Or to remain tightly secured” Especially in these days of quarantine, the term “Hold Fast” is even more pertinent. We must remind ourselves to lessen the gap between the people we “want to be” and the people we are. Hold Fast and Stay True to our beliefs, morals, and values.

When I thought of starting a Glove company it made perfect sense to me to call it Hold Fast Gloves. It is a lifestyle moto, a salty sailor knuckle tattoo and a descriptive phrase to literally hold on. I incorporate my Coast Guard past into these gloves. I have the eight letters on the knuckles of the gloves. I have a nautical tattoo pattern inside the glove that signifies  different rite of passage tattoo’s sailors would get when crossing different lines of Latitude and Longitude. I also named each model of the glove after a 210 ft US Coast Guard Cutter that is named after human traits. For instance, we have the Vigilant, Steadfast, Resolute and Dauntless gloves. I served on the USGCC Active but I am saving that name for a very special glove on the future.

It took me over a year to perfect the designs to make sure these gloves are comfortable. At Hold Fast Gloves, we want to instill the idea that gloves should be worn on every ride. No matter the length or weather, glove plays a huge role in protecting the hands. Currently, we mostly cater to the motorcycle client, but out Vigilant glove is a second skin light glove that can also be worn my Mountain bikers, BMX, and tactical gloves. Second, to a helmet we feel gloves are arguable the most important piece of safety equipment a rider can have. We have four models of gloves so that a rider can find a comfortable, durable and flexible glove that fits just right so that there are no excuses to not wear gloves.

Hold Fast Gloves is more than just gloves. We recently had an infectious disease doctor in New York buy many Hold Fast T-shirts for his entire staff to thank them for their effort and sacrifice during this epidemic. He wanted to remind them to Hold Fast and not to give up. The term means different things to different people but it is inspirational and motivating. We encourage people to join the Hold Fast Crew and spread the support and love.

Has luck played a meaningful role in your life and business?
I look at luck as a double edge sword. I do not feel people have good luck or bad luck. We are all in a stream and the current will pull us along. You either sit back and let it take you or you fight it and use a bunch of energy going where you think you want to go or you work with the stream and direct your boat within the constraints of the current.

Out of the three, I feel like being a slacker and just going where it will take you will give you a below-average life. Fighting the current will just make you a victim and frustrated. Working with what is given to you and taking advantage of occasion opportunities will make you feel the most fulfilled. 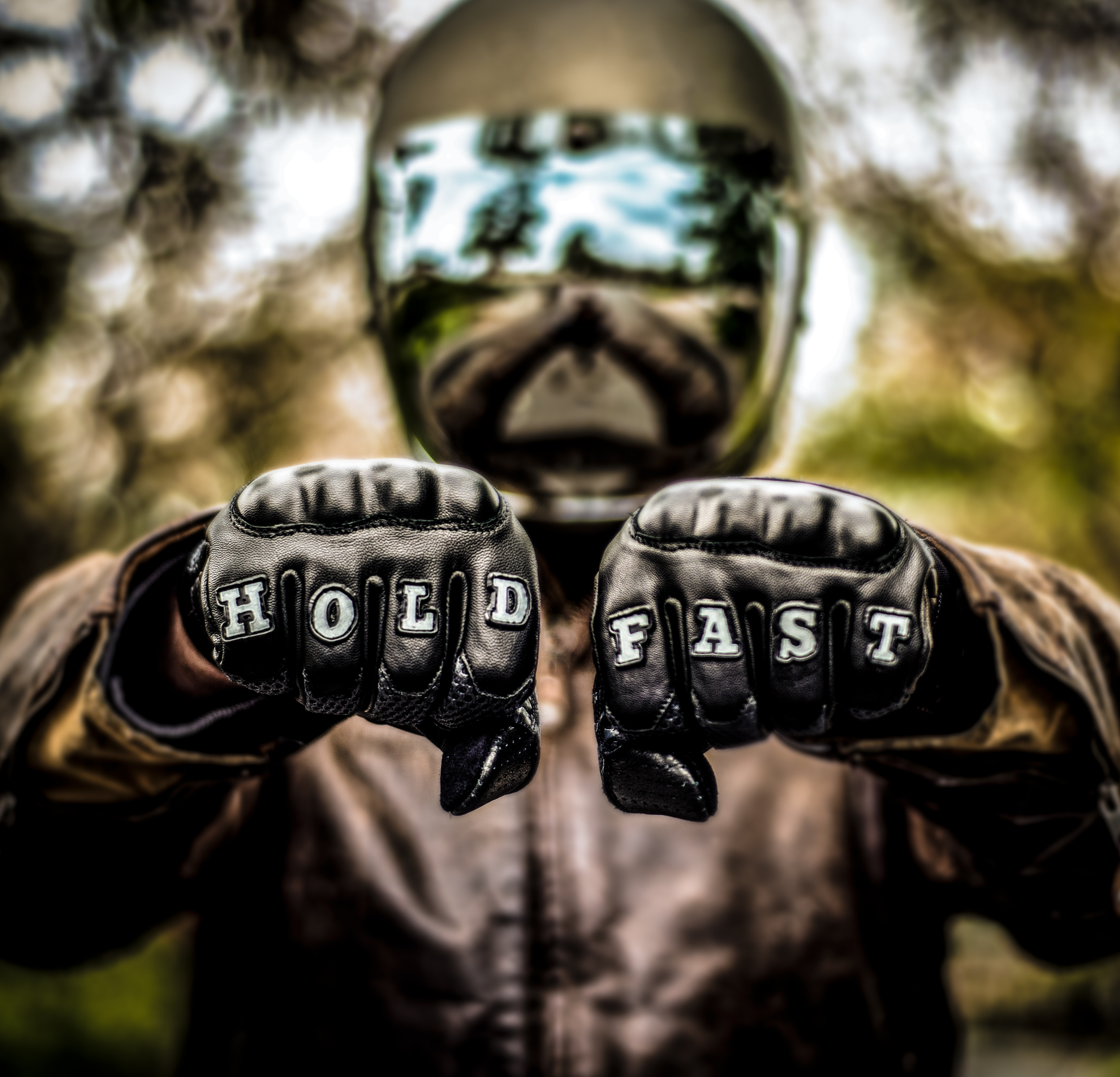 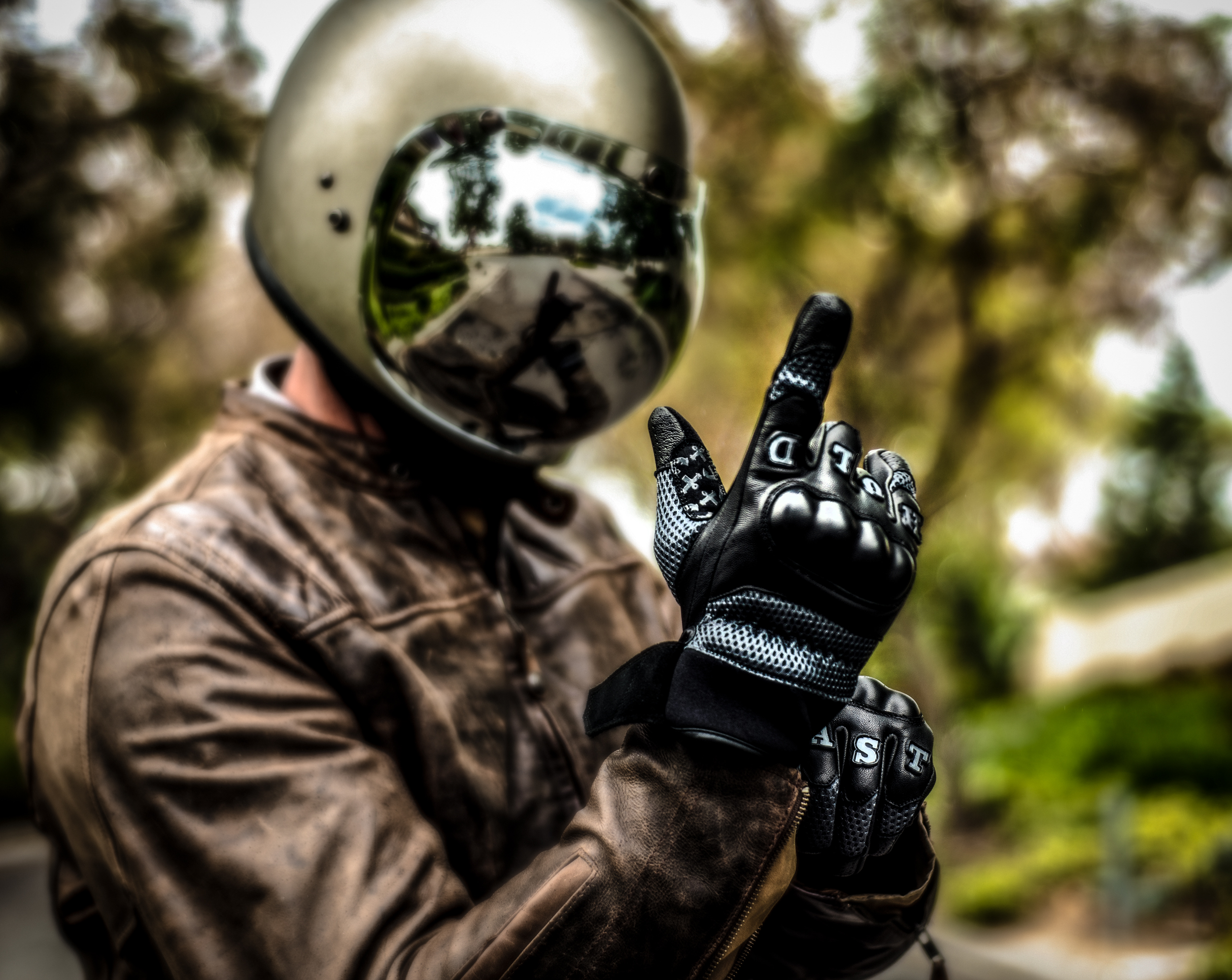 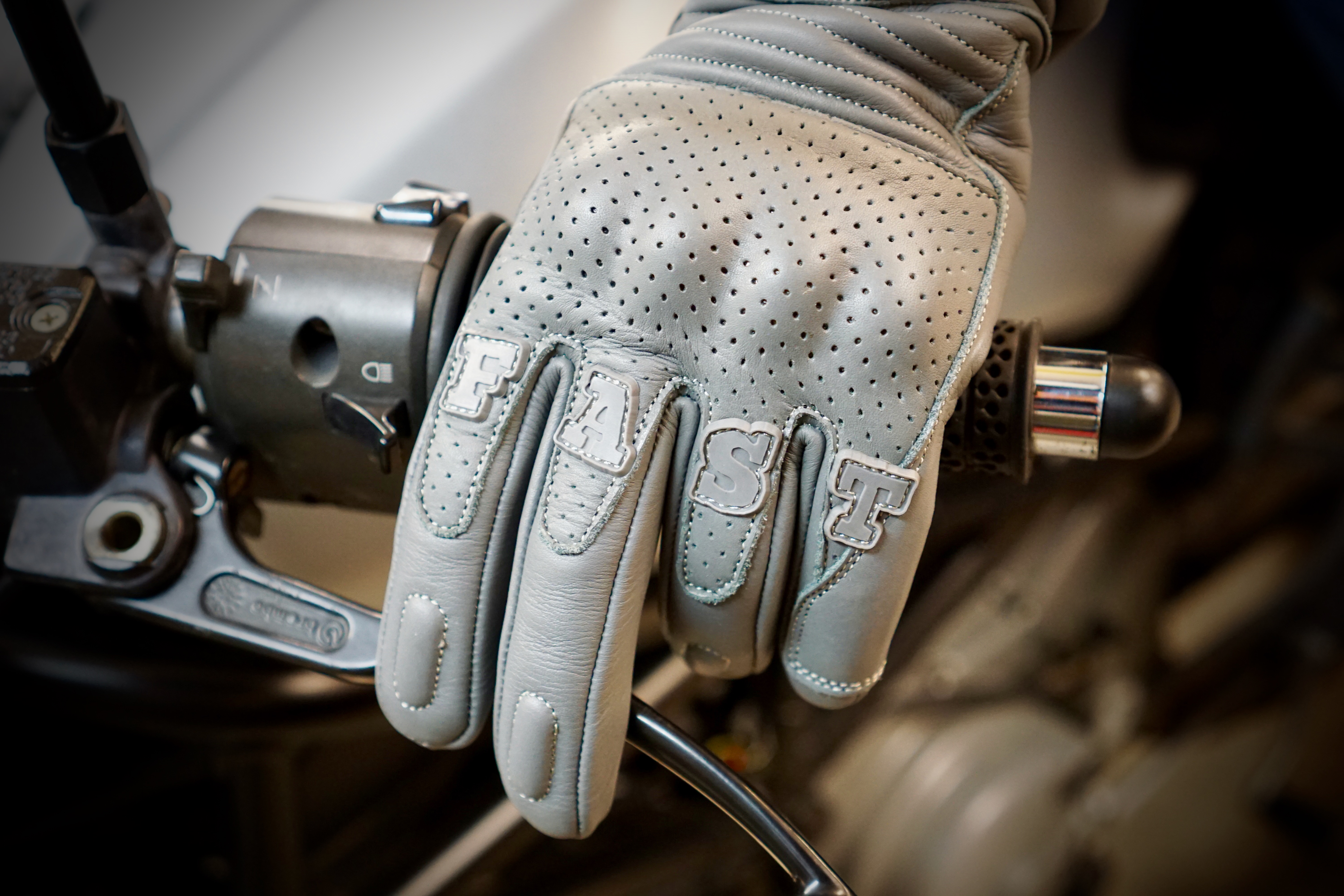 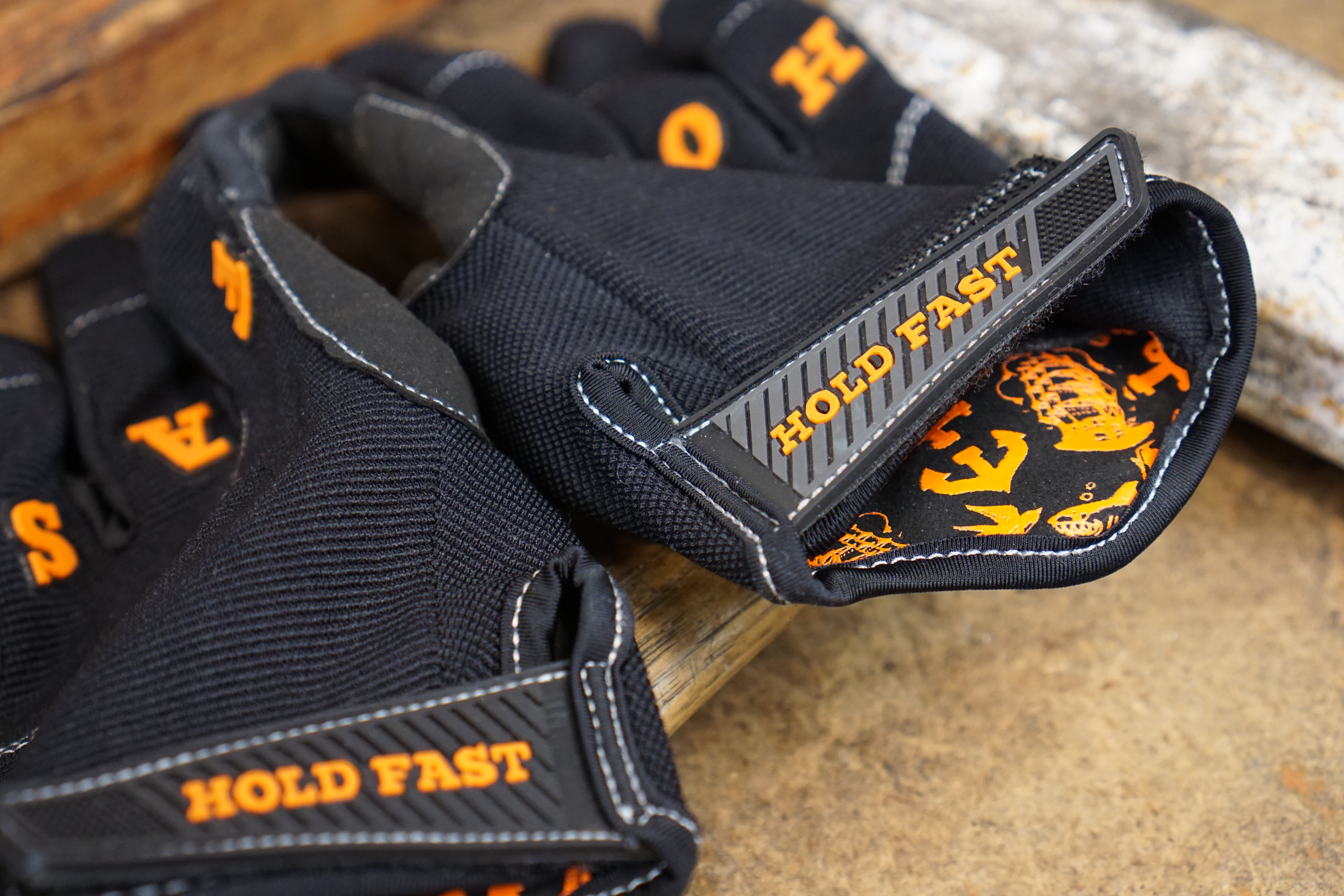 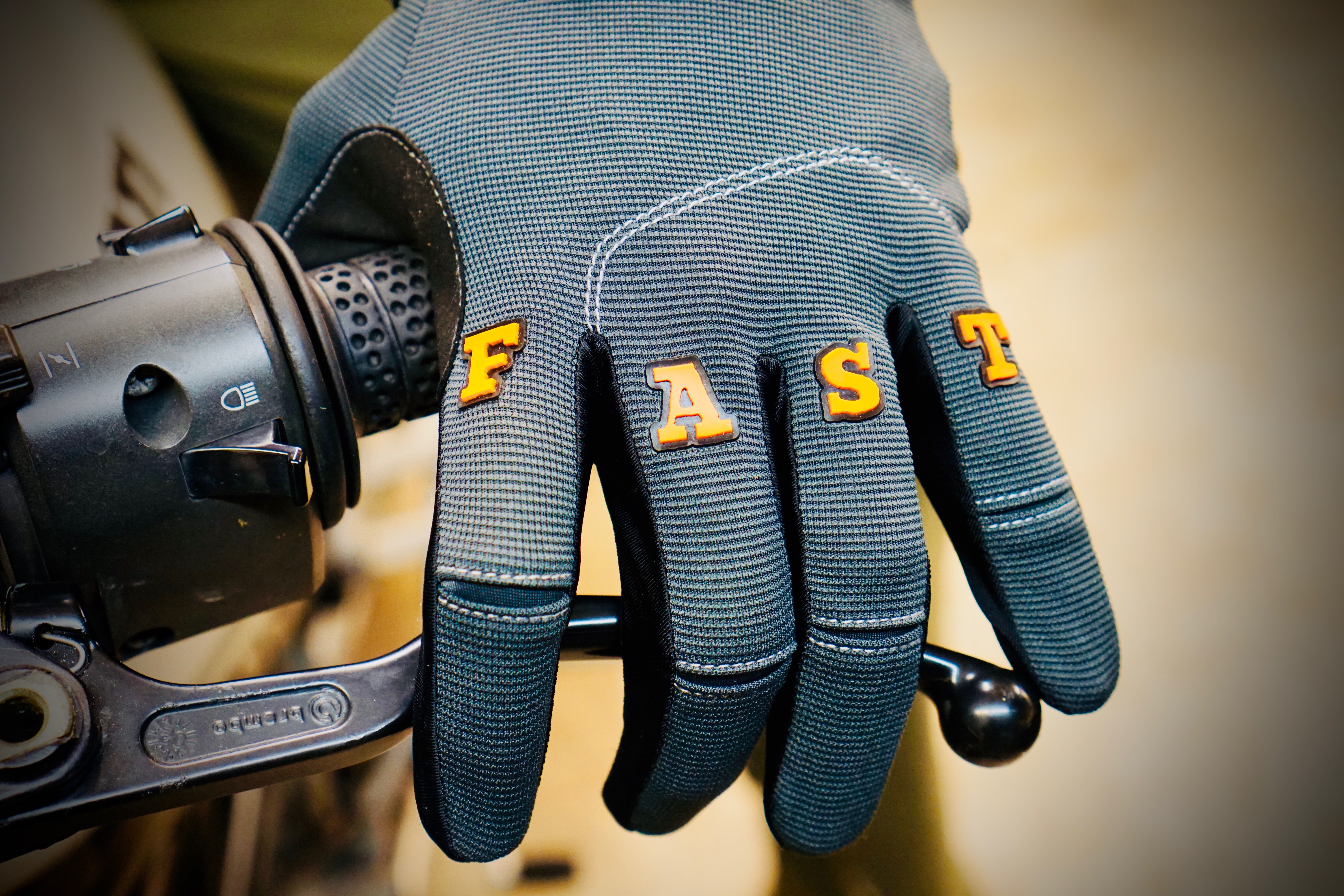 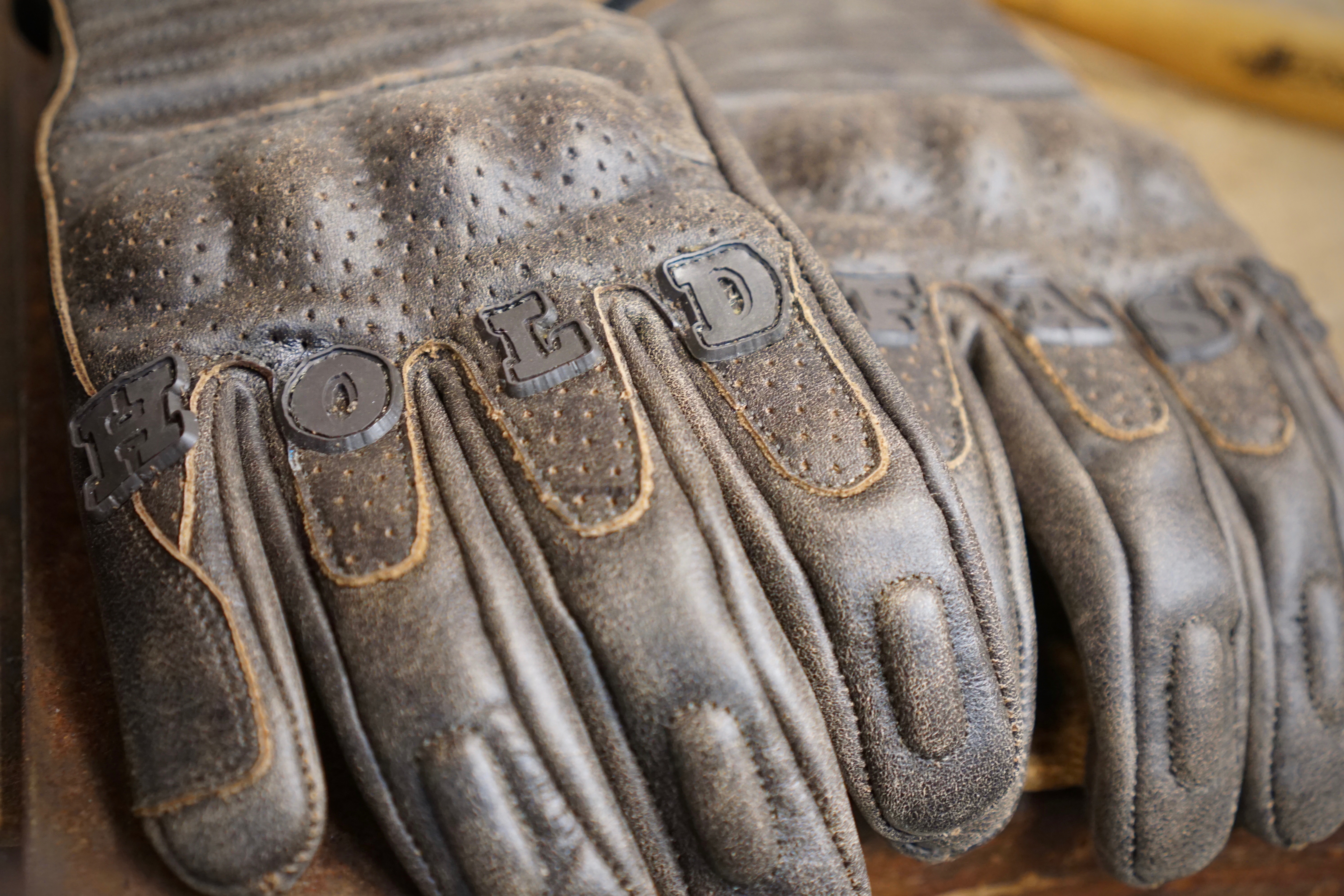 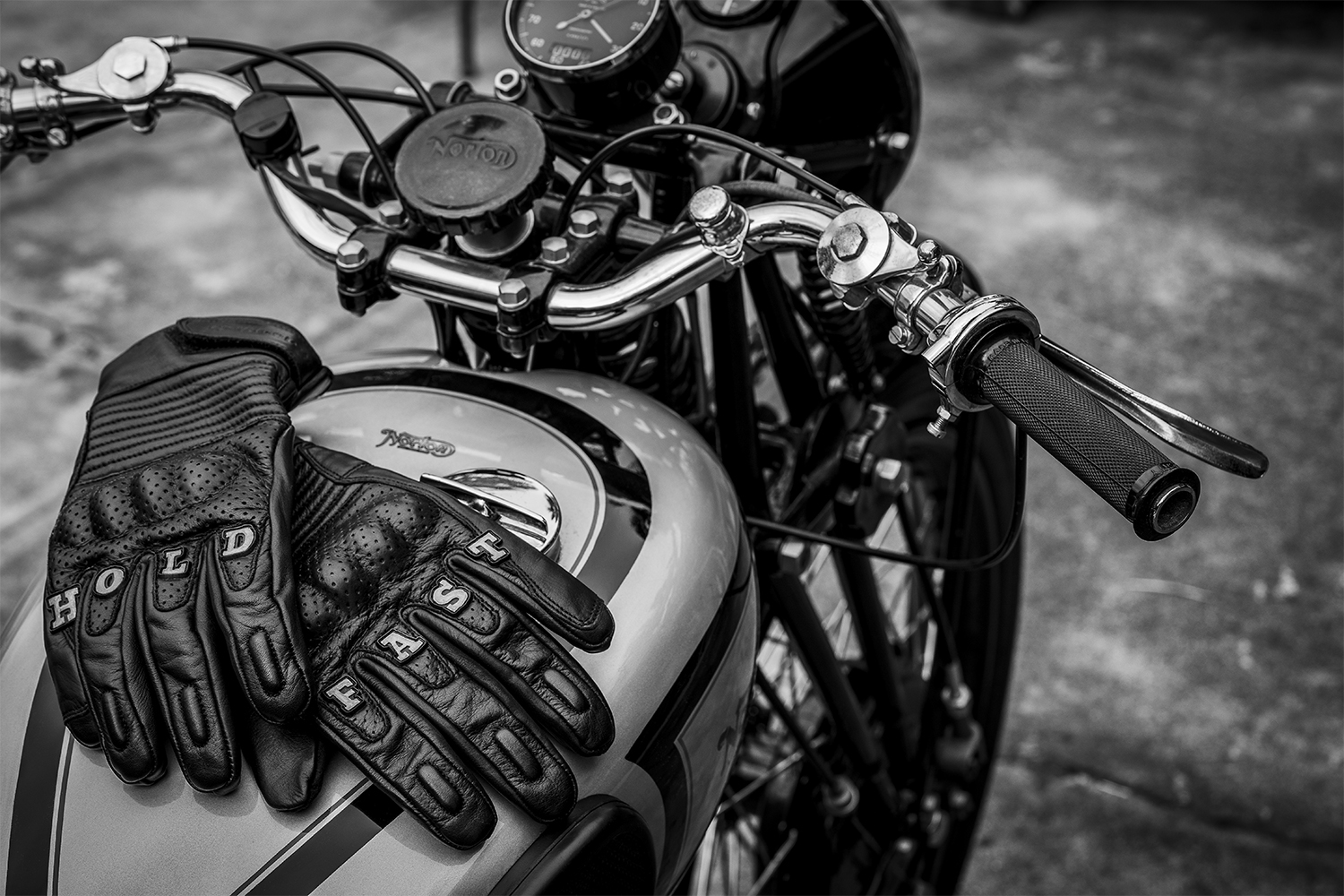 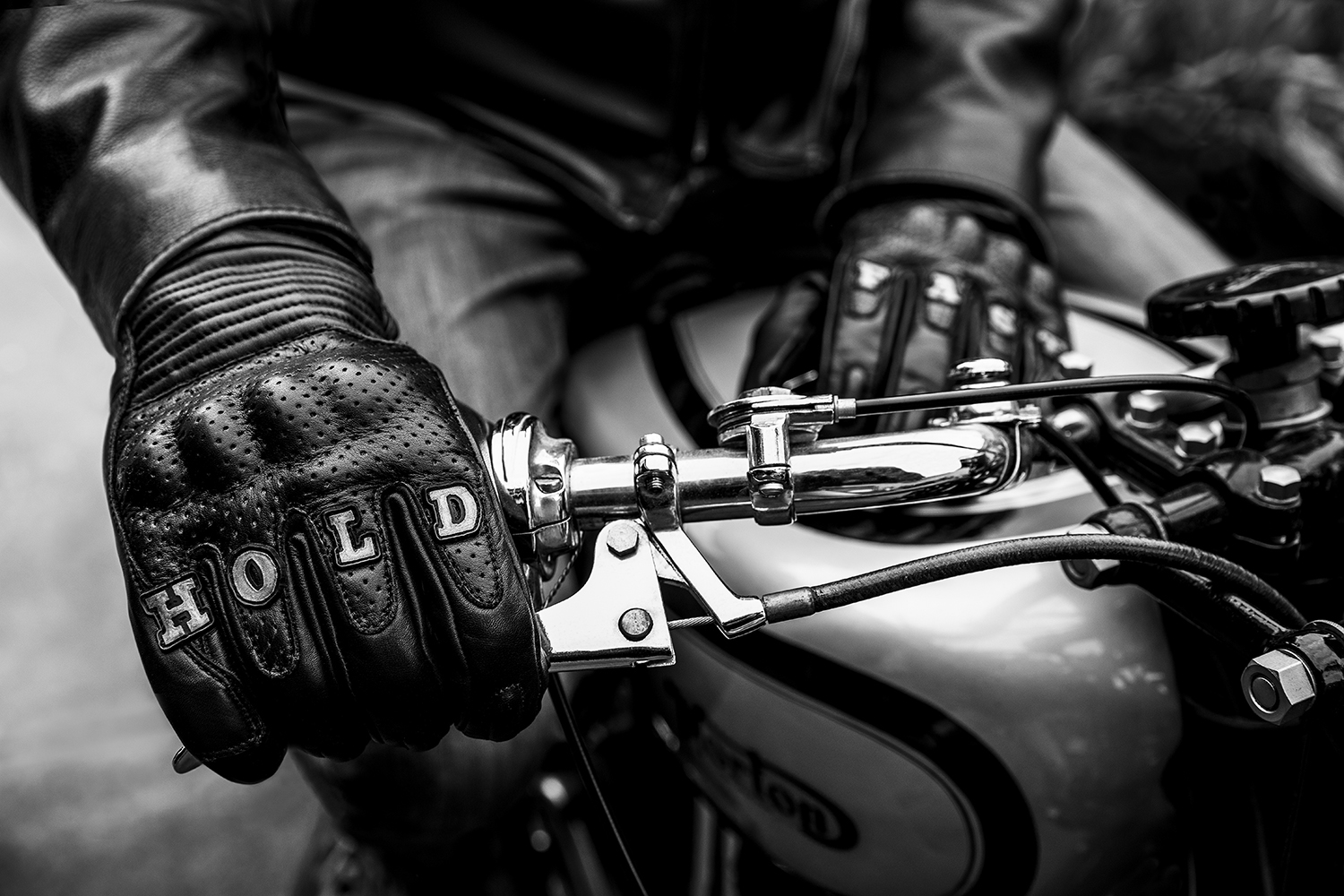