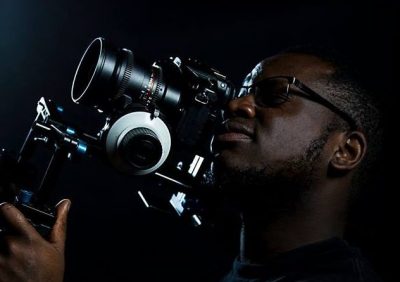 Today we’d like to introduce you to McAndy Duclos.

At the age of 12, McAndy “Tony” found out that his dad had a Sony camcorder. He would then go around making goofy videos for his family when he discovered a passion for filmmaking. Throughout high school, he went around campus producing monthly vlogs of what goes around campus.

Upon graduation, he began taking video more seriously. He began working on music videos for local artists charging little to no money for them but continued building a good reputation for himself. He quickly became “the video guy” to local artists.

Shortly after, BTS TV was born in 2012, and a new serious approach was needed. Austin later joined the team to help strengthen the company. Austin and Tony maintained side jobs for the longest to be able to sustain the business, but one day they woke up and decided they needed to quit their jobs and focus on BTS TV full-time. Since that time, they worked with multiple agencies, athletes like Cam Newton, Antonio Brown, Philip Rivers, Larry Fitzgerald, Companies like NFL Flag, Google, California College, Cartoon Network, Lifetime, TEDx, and many others.

BTS TV is quickly growing into the top film production company in San Diego, and they’re only getting started.

Has it been a smooth road?
Starting a business is not an easy thing to do. It’s scary and risky, not to mention the field we are in. During the commencement of the company, we had to work full-time day jobs to be able to keep the company afloat as well as us sustaining us personally. Before or after work we would hold meetings, did small video jobs, attend events or late night editing. So, you can assume we did not sleep. We would invest a lot of money into equipment, marketing materials, and other things to help the company grow. A lot of people doubted Austin and I, saying things like “Being a producer sounds fun, but when are you gonna get a real career?”

We surrounded ourselves with like-minded people, which helped us stay on the right track. With all our efforts, there was still something holding us back. We knew having a day job made us too comfortable. Something had to change if we wanted BTS TV to be the top film company. So Austin and I quit our day jobs, aborted any backup plans we had and jumped head first into the shark infested waters. This lit a fire under our butts.

We took risks that other people would not take because they would rather have a safe job.

So let’s switch gears a bit and go into the BTS TV story. Tell us more about the business.
BTS TV is a TV & Film Production company that provides high end branded content for agencies, brands, artists, and businesses.

Unlike other production companies, we have a unique approach when it comes to our clients. We don’t service our clients; we partner with them. We take the time to understand our client’s marketing strategies, pain points and goals. Most production companies do not have a nailed down process when they go into a project. For commercial film production, that’s risky! We developed a tried and true process that guides our clients through the project.

We do everything from concept, scripting, storyboarding all the way to marketing the finished product so that your audience will see it.

How do you think the industry will change over the next decade?
This industry moves quickly, so it’s important to stay ahead of the game. BTS TV has its hand in many developmental projects that have never been done before.