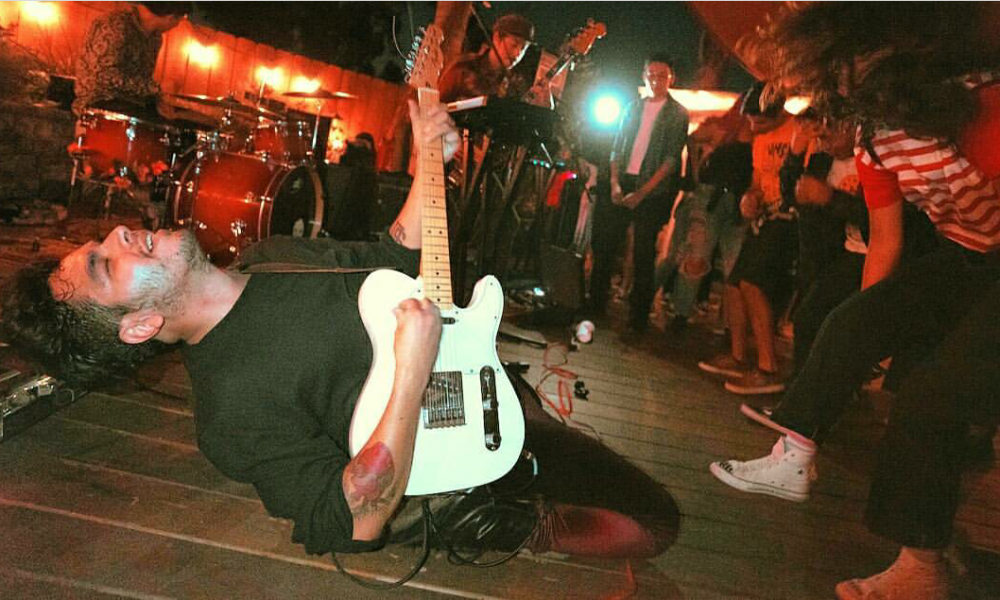 Today we’d like to introduce you to Pepe Guapostein.

Pepe, let’s start with your story. We’d love to hear how you got started and how the journey has been so far.
WEELLLL, I come from an undocumented immigrant family so I’m first generation American. I was born in Martinez California. (It’s like miles East of San Francisco). My Mother divorced my father due to domestic abuse, so we were always bouncing from house to house. My Mother would work 2-3 jobs. at a time. We moved from SF to LA to Tijuana to SF then to SD. Eventually, we settled in San Diego when I was 12. Oddly, San Diego felt like I belonged here. Up until then, I managed to pick up playing the violin and el guitarrón and all I listened to was hip-hop/rap and the Gorillaz. My older sister was always the edgy innovative one from the both of us. She was into writing stories, poetry, listening to rock music, and drawing. She really opened the door for me to that world. One day her friend gave her a mixed Rock CD, one of the bands on it was Nirvana. I remember when I heard Nirvana, it literally turned my world upside down. Then I saw a video of them playing a dope ass house show on YouTube and I was like “fuuuuuuuuuck THAT is what I want to do with my life”. I realized that if I wanted to be in a band, I needed to learn the guitar and dive myself into the music world. In middle school, I switched all my electives to music or art related classes. I joined the guitar club at school and I joined the marching band as well. I eventually started a middle school band with my first close friend in San Diego, Ivan. It was called “PIE”. We were supposed to play the school talent show, I would practice every day, I dreamed out of every cool unrealistic scenario that I could imagine, I even would ditch my normal classes to go to band practice. Right before heading to high school, I made this silly list of steps on how to become a “rock star”. So, by the time I went to high school, I had a game plan. I joined Theatre to get experience being on stage. Also, to learn how events worked, and how to do light/sound. I joined the after-school guitar class, I hung out with theatre peeps and band geeks. I realized that all the artsy people were weirdos but I loved it. Weirdness is very charming. Eventually, I met Andy in Theater (I think he was forcefully put in there) but we ended up hanging out a lot. He showed interest in music. Soon after we played with the idea of starting a band. He ended up choosing to learn the bass, since it would be easier/ faster to learn. Around that time, we met Michael Kenneth Midian (firmly from the Vibes Now in Native Names) and he was a drummer. We all started a band with a deep mutual love for Nirvana. We practiced for hours, and hours every day after school. We were 15-16 playing bars and throwing small house shows. Since I was in Theatre I had access to the school theatre, so we would have shown there too. We self-recorded a EP, packaged it, and sold it out of our back bags to peeps during school, the mall, anywhere. We bought a PA with that money and had more shows. Eventually we graduated high school (2010) and the Great Recession hit, my mom lost her job., I dropped out of college. We were homeless, so we disbanded. I went to Florida with my uncle to get a job so I could help my mom and sister. I ended up starting a construction business with my uncle. We were successful enough to relocated my family to Florida, and I was able to sponsor my Mom to become a citizen. Around 2014, Andy and I would talk via phone about starting a band. Soon after he bought a plane ticket and we drove across country. Along the way we talked plans about our new band., “Los Shadows”. The funny thing is, we met our drummer Mark through Craigslist. Dude rolled up with a six pack of IPA’s and weed, we knew he was in right there. Xavier, our bass player, works at a local music store, we asked him to try out. I was surprised he said ye, he seemed like a “too Kool 4 school” type of fella. So here we are in 2018. I’m 25, happy, and in a band with my best buds. I didn’t become a “Rockstar” but I became something even better: a musician.

Has it been a smooth road?
It’s been hard. You are your own biggest obstacle. Self-doubt and crippling insecurity is something that I’ve always struggled with. But I’ll be dammed if I let that control my life.

So, let’s switch gears a bit and go into the Los Shadows aka Sombras aka Nasty City Kings story. Tell us more about the business.
I play Guitar and Keyboard in Los Shadows. I can out drink and out smoke everyone in the band. I’m the biggest trash talker/ hater as well. This has earned me the nickname “Buck Nasty”. Which I proudly own up too. If you don’t believe it. DM anyone in the band. 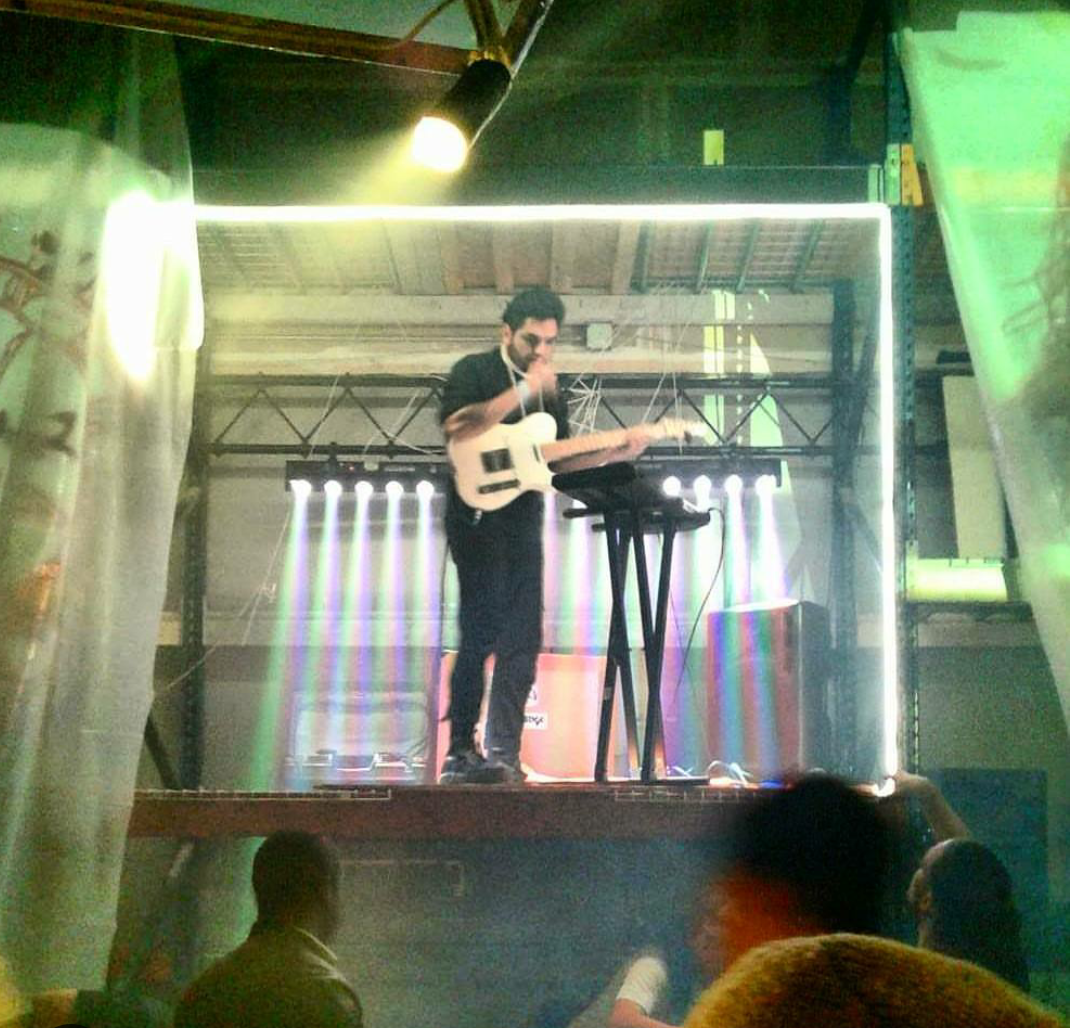 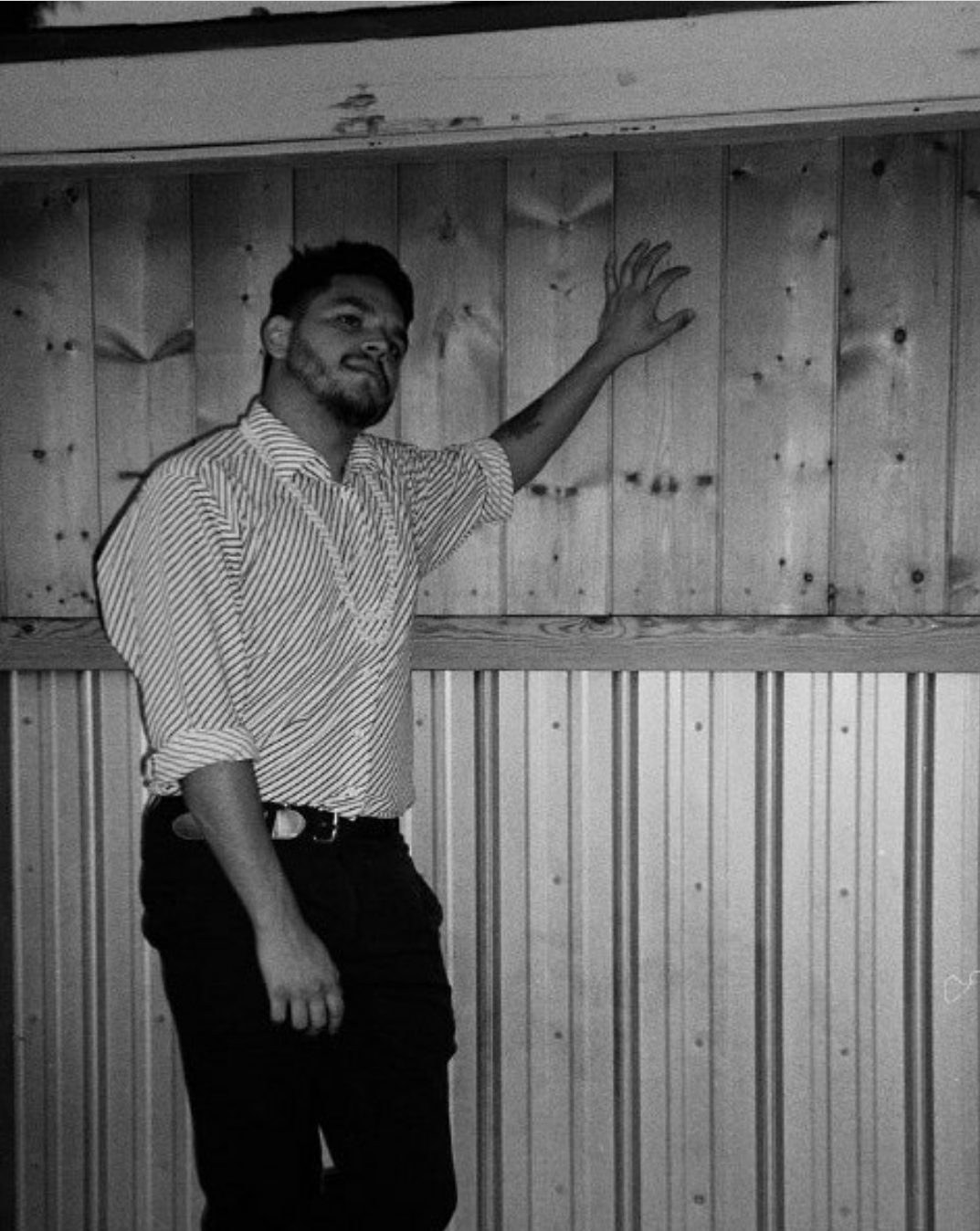 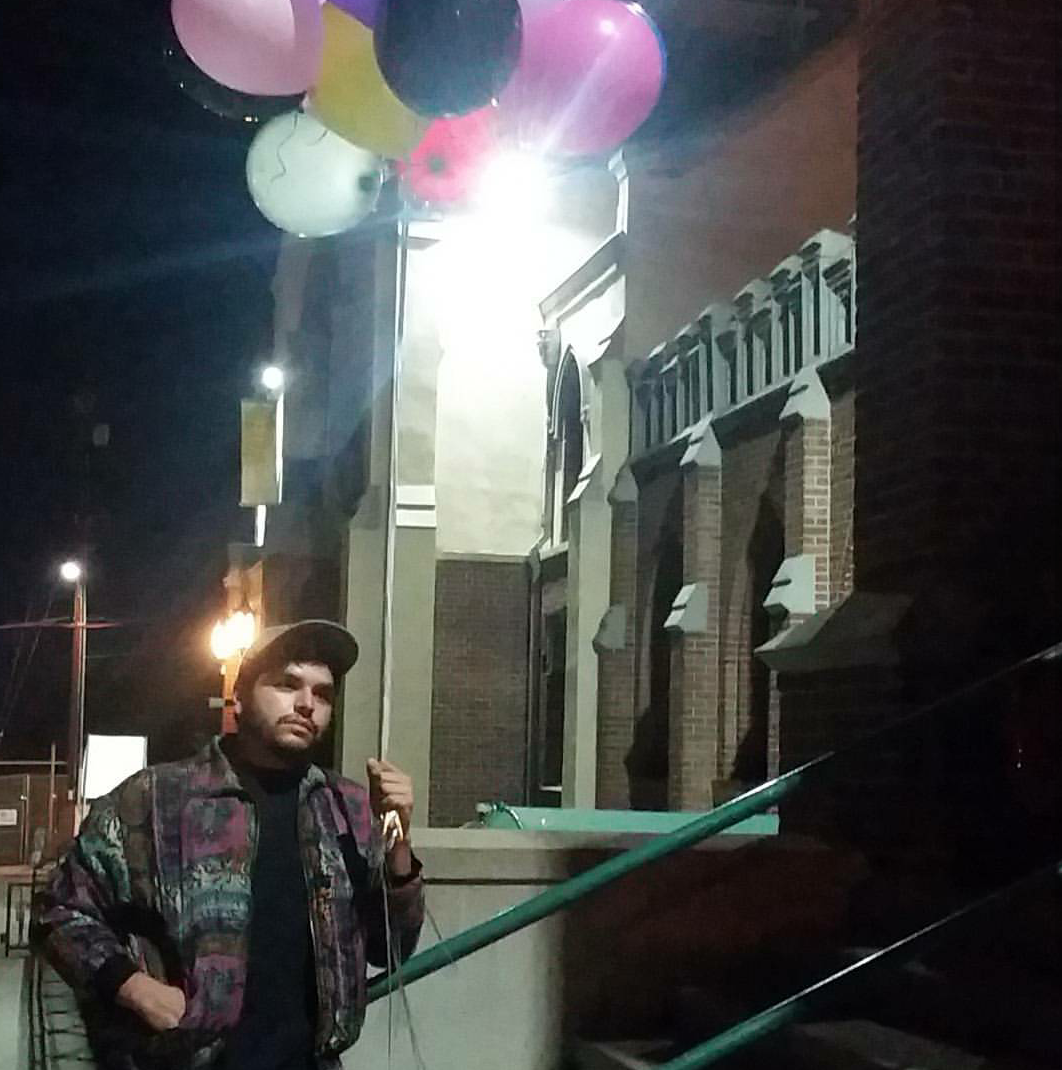 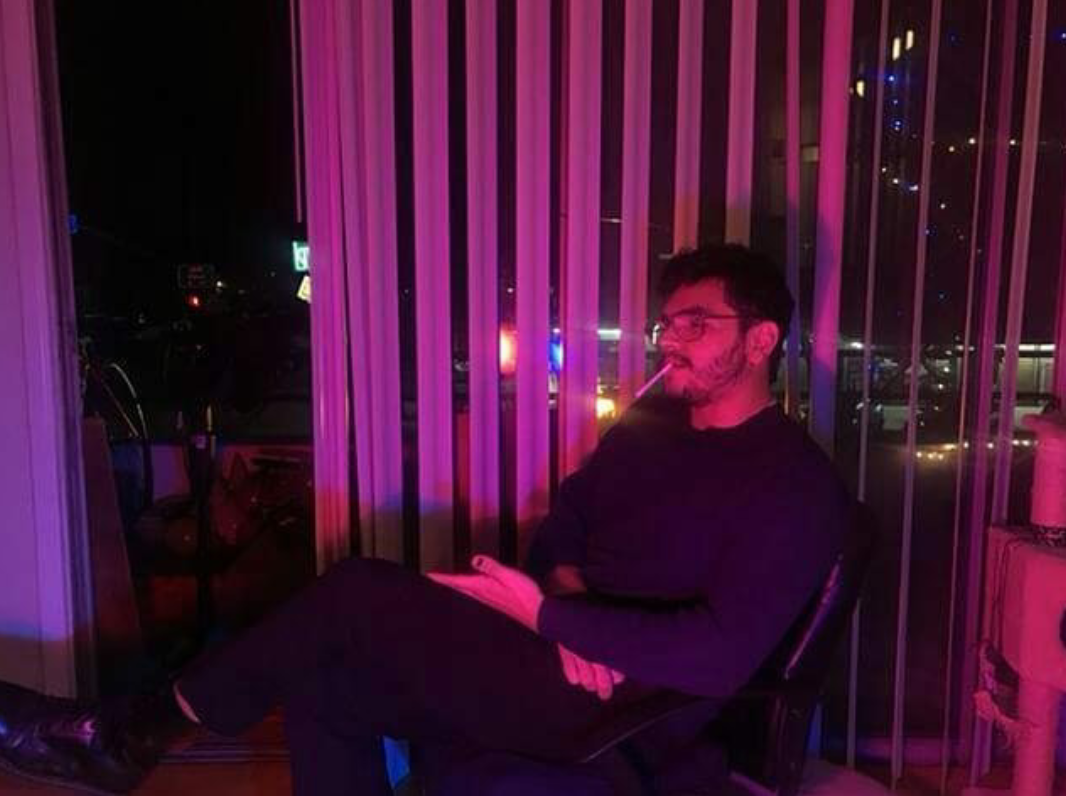 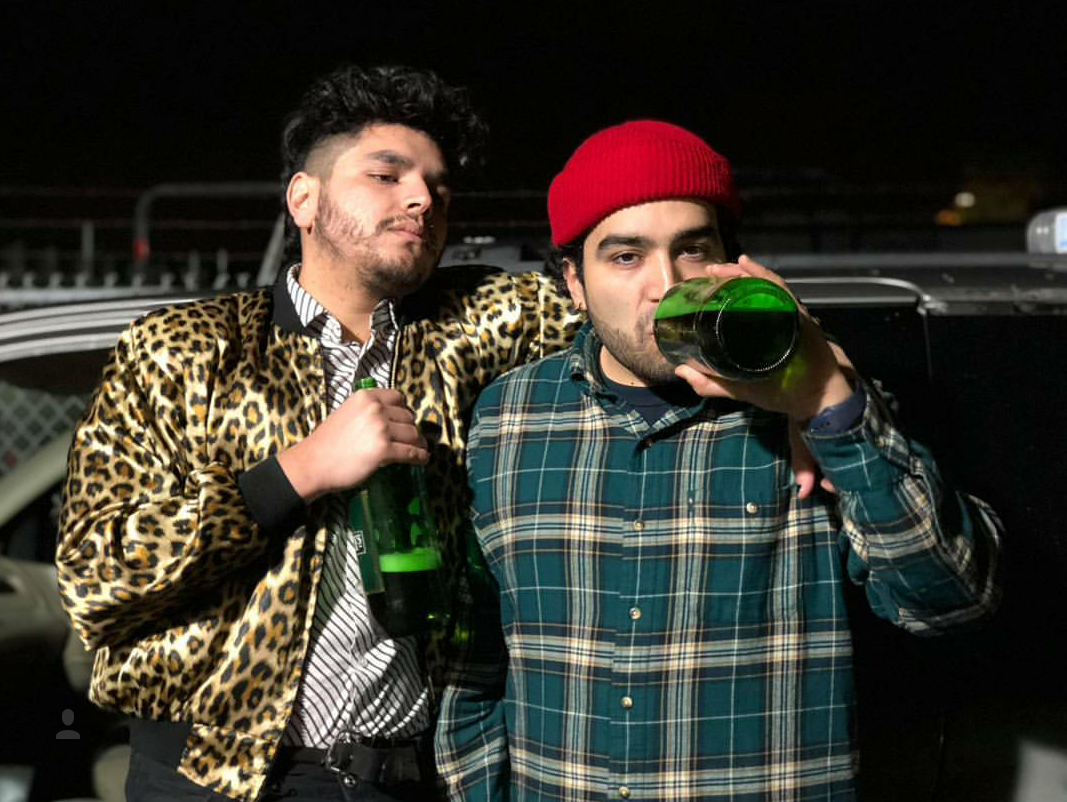 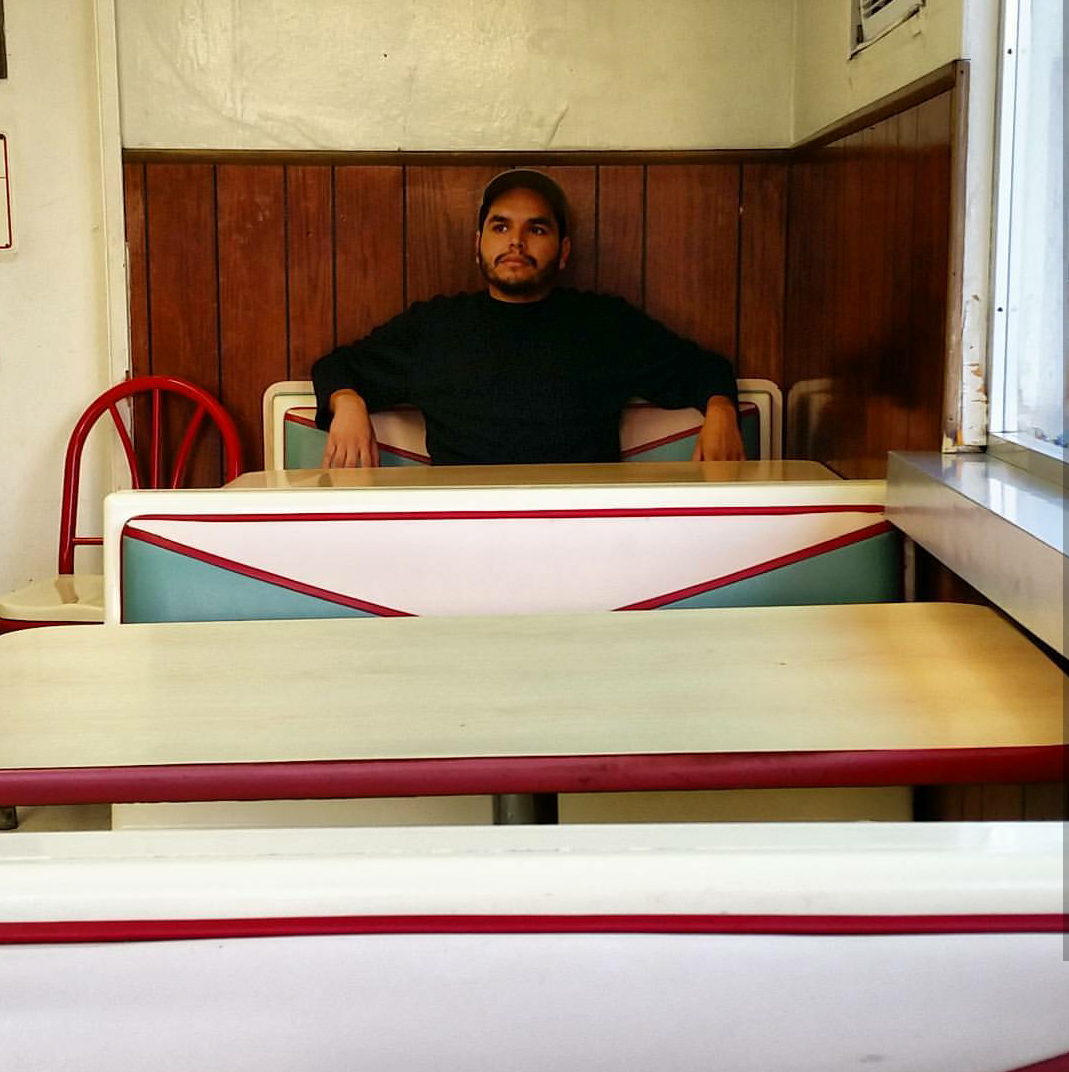 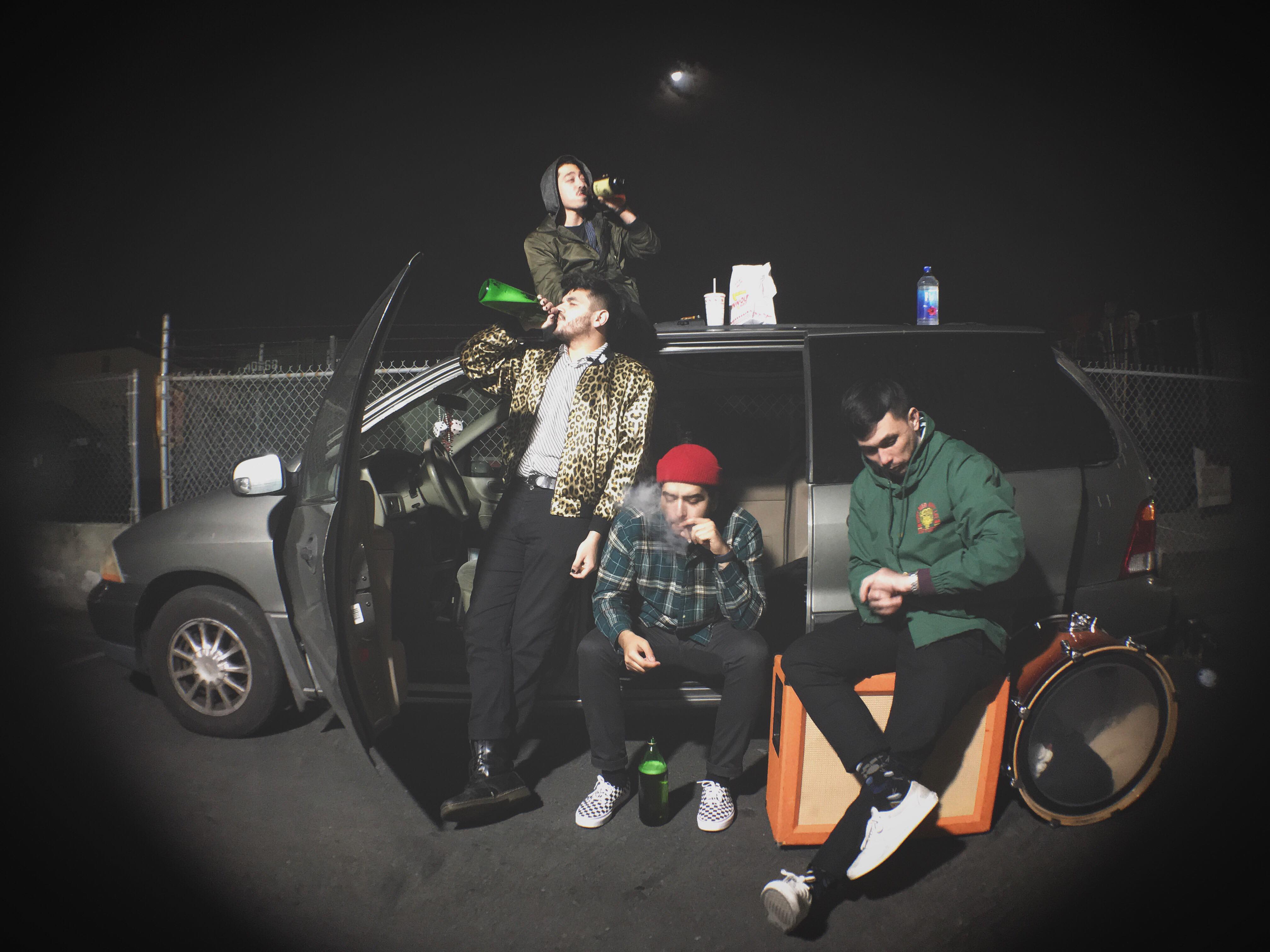 Image Credit:
All pics are a mix of personal photos and
instragram : @siteforsoureyes and @ziasinclair