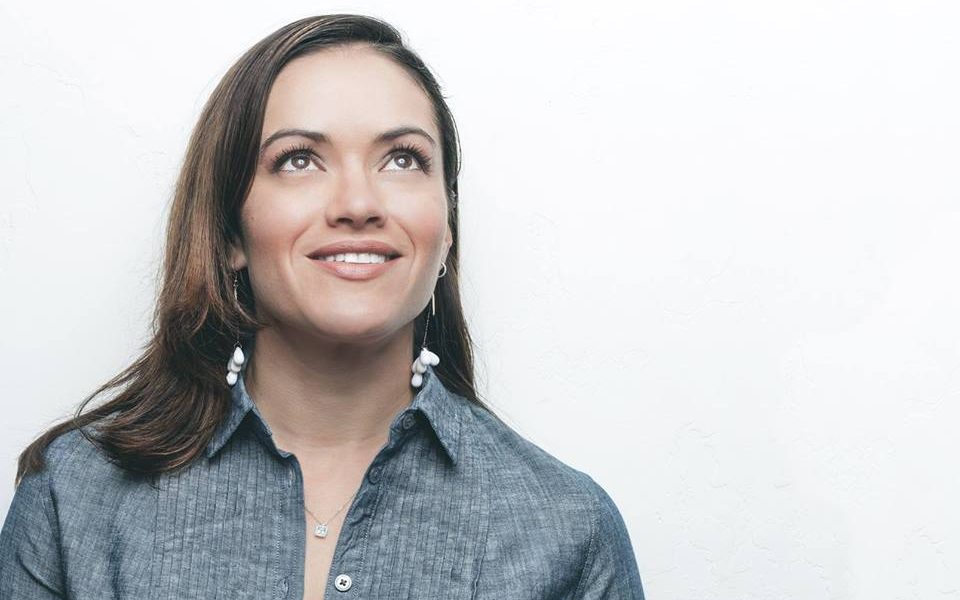 Today we’d like to introduce you to Susanna Peredo Swap.

Susanna, let’s start with your story. We’d love to hear how you got started and how the journey has been so far.
I like to say that I’ve lived many lives in my short life. Through a series of “happy accidents” I’ve had the privilege to work professionally with some of San Diego’s most talented theatre folks, fashion industry gurus, musicians, dance companies, museums, galleries, and visual artists.

My family comes from a long line of artists, musicians, architects, and politicians so they were never opposed to the idea of my becoming a professional actor. As a result, my career began firmly rooted in the theatre, having studied with two wonderful local theatre professors, then at the Royal National Theatre in London, and eventually working in Education and Marketing for the Old Globe San Diego for almost 5 years. This lead to a career in musical theatre and eventually also opened the door to becoming the lead vocalist in a jazz band called Nostalgia. Eventually, I moved to New York City to pursue my dream of becoming a professional actor.

I was still living on the east coast when the attacks on the World Trade Center happened. It was a beautiful, sunny Tuesday morning on September 11th, 2001 yet the events of that day were some of the darkest things I’ve ever encountered. It was a frightening time for everyone and many creatives (including me) changed life paths altogether. I stayed for another year and a half before finally realizing that I had a bigger dream, which was to “change the world.” I guess that’s what 20-year-olds like to believe they can do.

I returned to San Diego and enrolled in SDSU’s International Security and Conflict Resolution (ISCOR) program and lasted about two seconds. It was definitely the wrong place for me, as many of the students had signed up to “kill the Arabs” – a phrase I heard more than once while I was there. I switched majors to Humanities with a minor in French and became more active in local politics, advocating for arts funding on the Port of San Diego’s Public Art Committee, and eventually working on Mayoral and Congressional campaigns for politicians with similar agendas.

I eventually landed at San Diego International Airport, working with some of the region’s finest museums, galleries, and independent artists to curate eighty exhibitions for our temporary exhibits program. I also had an opportunity to work with dozens of phenomenal local musicians, dancers, and other creatives to design a stellar performing arts program for our travelers.Suddenly, I found myself with an enormous contact list of arts administrators, professional musicians, visual artists, and dancers. I knew that this list could be an amazing resource for the community because after over 15 years of arts programming and arts advocacy in San Diego, I discovered one glaring problem: Local arts organizations had a tendency to work in silos, often only promoting to their own niche audiences, and rarely intersecting.

This general lack of interest in creative collaboration contributed to a culture of competition, jealousy, and political weakness. After having lived in culturally vibrant cities such as Paris, London, New York, and Mexico City however, I knew that San Diego’s Creative Industries could benefit greatly from sharing resources and embracing creative collaboration. In 2012 I quit my job and started a little weekly magazine called Vanguard Culture – a virtual space designed to serve as a platform for creatives to learn about each other’s programming, share resources, and be inspired by one another’s work. I truly believe that all arts organizations should be celebrated and supported because their success translates into arts jobs, and millions of dollars of economic growth for the entire region.

In a span of just 5 years, we have grown to over 15,000 subscribers, published over 260 original pieces of arts journalism, and programmed dozens of pop-up events designed to create arts jobs, bring diverse communities together, and inspire creative collaboration among San Diego’s Creative Industry Professionals. We also recently acquired 501(c)3 nonprofit status. It’s a very exciting time for our organization.

Overall, has it been relatively smooth? If not, what were some of the struggles along the way?
For the most part, it has been a fairly smooth ride. I think people gravitate toward our mission and understand that there is strength in sharing our talent and resources with one another. There have been some challenging moments, of course, namely transitioning from a for-profit to a non-profit model and all of the legal requirements that go along with becoming federally compliant.There is also the small task of raising two children while running the company. Mothers are amazing. I’ve always thrived off of being busy but never really knew what I could accomplish until I became a mother. Mothers are given the amazing challenge of having to do it all while limited on time, and deeply exhausted. It has given me a whole new level of respect for working mothers. I certainly couldn’t have done this without the help of our talented, and dedicated team of creatives, not to mention our board of directors and advisory board. We are extraordinarily lucky to have them.  Their support and creative brilliance have made our journey incredibly attainable – and fun!

Alright – so let’s talk business. Tell us about Vanguard Culture – what should we know?
Vanguard Culture is a 501(c)3 nonprofit dedicated to advancing San Diego’s Creative Industries. We provide quality arts journalism and weekly curated snapshots of San Diego’s best, most exciting and unique cultural and culinary events. We also host innovative cultural events throughout San Diego County that work to create arts jobs, bring diverse communities together, and inspire creative collaboration among industry professionals from the visual, performing and culinary arts.

WE WORK TO PROVIDE:
· Quality arts journalism and visionary cultural experiences that respond to the changes and challenges of our modern world.
· Collaborative events and experiences that put San Diego on par with some of our nation’s most culturally vibrant cities.
· Affordable networking and professional development opportunities that foster communication and collaboration among our diverse body of creative industry professionals.
· Opportunities for up-and-coming artists to gain direct access to broad audiences and San Diego’s most notable creative leaders and influencers.

OUR VISION:
– We work to advance the reputation of San Diego’s creative industries by producing quality arts journalism that inspires lifelong supporters of the visual, performing, and culinary arts.
– We produce events that inspire creative collaboration and raise the bar for cultural and culinary experiences in San Diego.
– We recognize that the visual, performing, and culinary arts have the unique ability to bring people together from diverse backgrounds, interests, and resources.
– We believe that creative communities are inspired communities that serve as economic engines for the region.

Any shoutouts? Who else deserves credit in this story – who has played a meaningful role?
I’m deeply indebted to our team of volunteers, board members, advisors, and Cultural & Community Partners for all they have done for us. This past November we celebrated our 5th anniversary and we are very proud of the fact that since our inception, almost every noteworthy cultural organization in San Diego has partnered with us.

From established cultural institutions to smaller visual & performing arts professionals, to some of the region’s most respected chefs and winemakers; our Cultural & Community Partners are the backbone of our programming. These organizations value the work we do, trust our judgment, and see our programming as a benefit to the San Diego region. I couldn’t be more grateful and I am thrilled about our 2018/2019 Season. 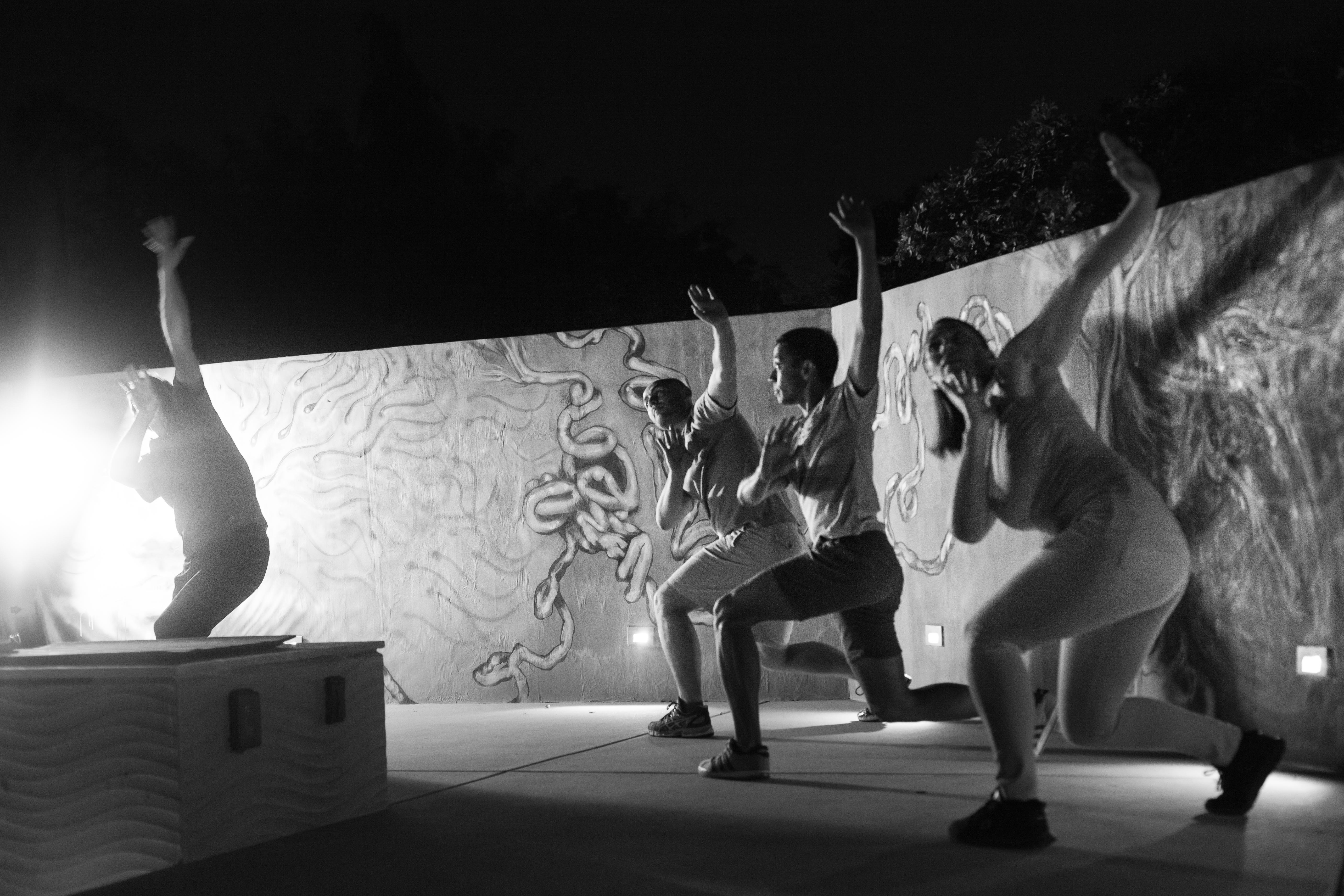 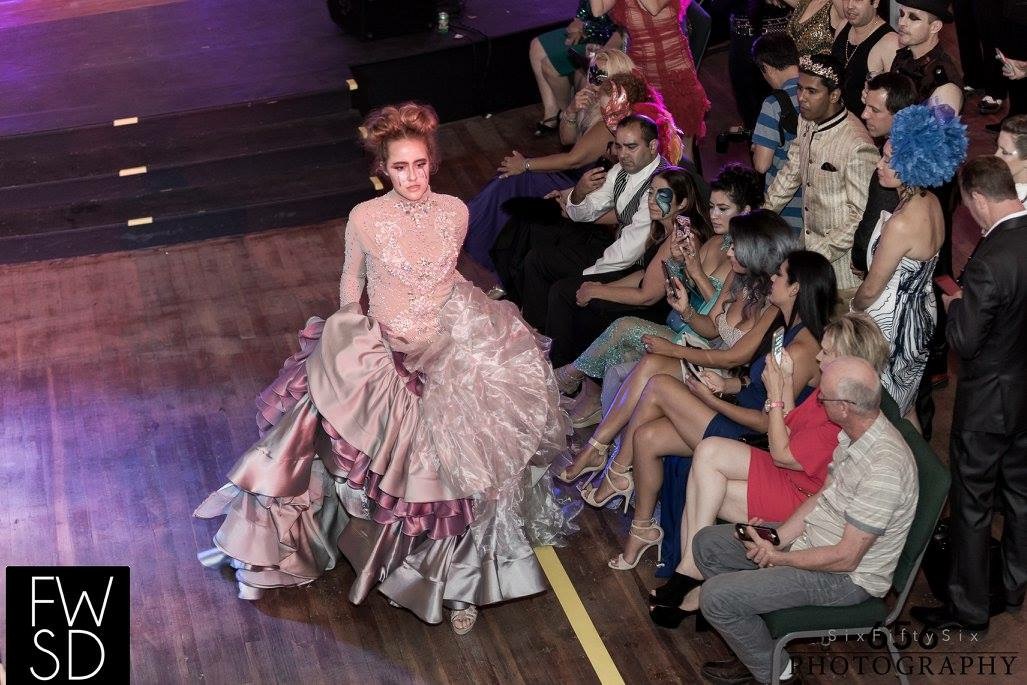 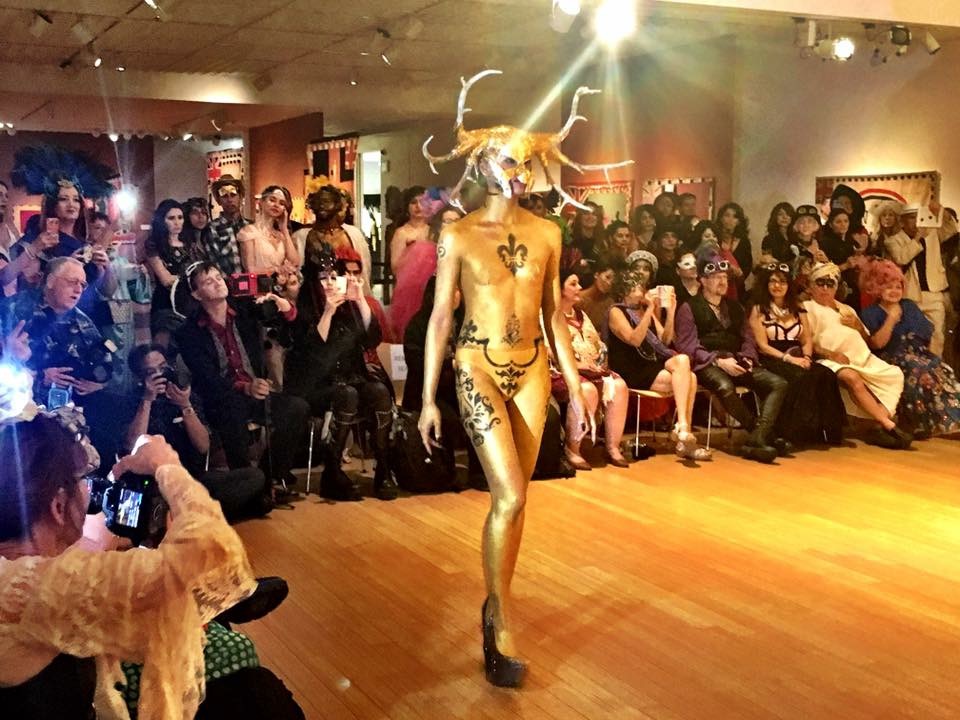 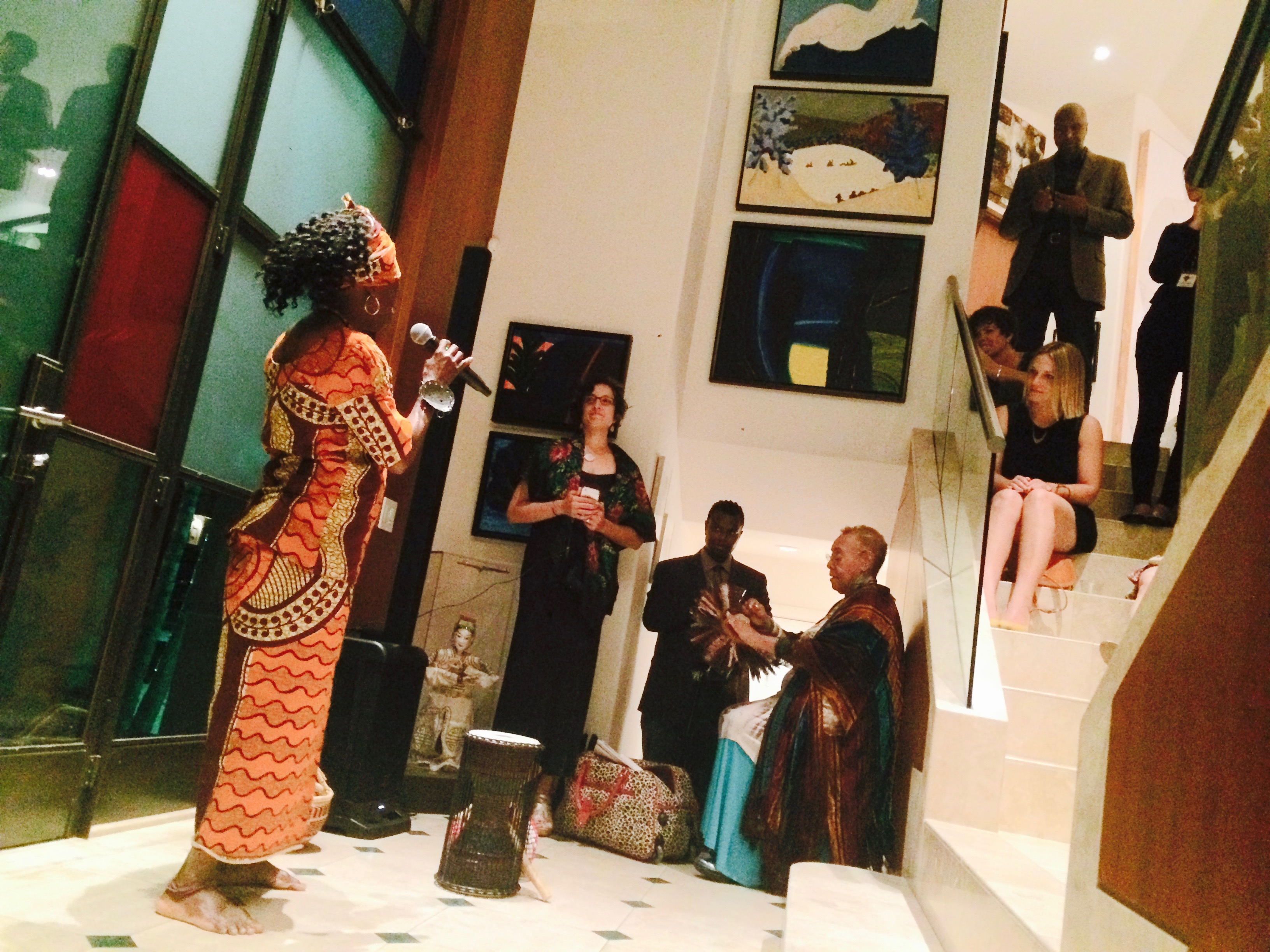 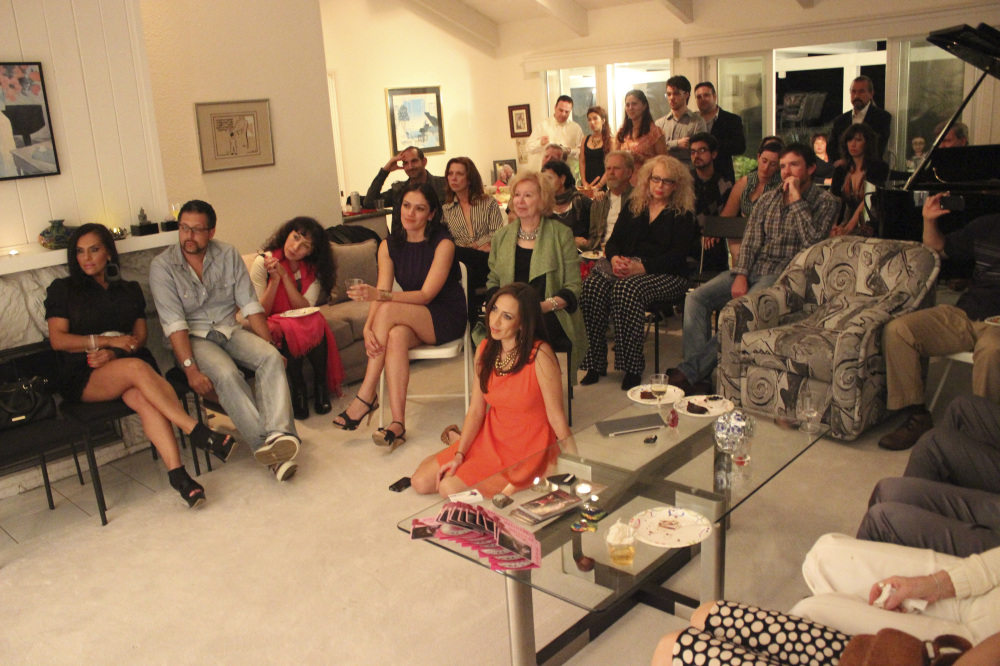 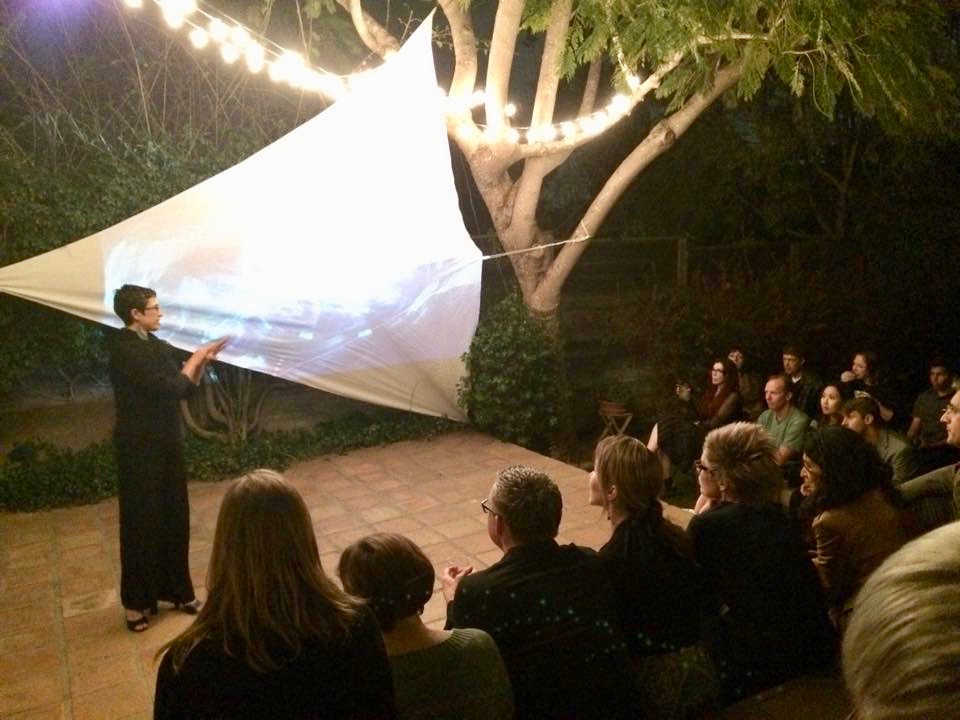 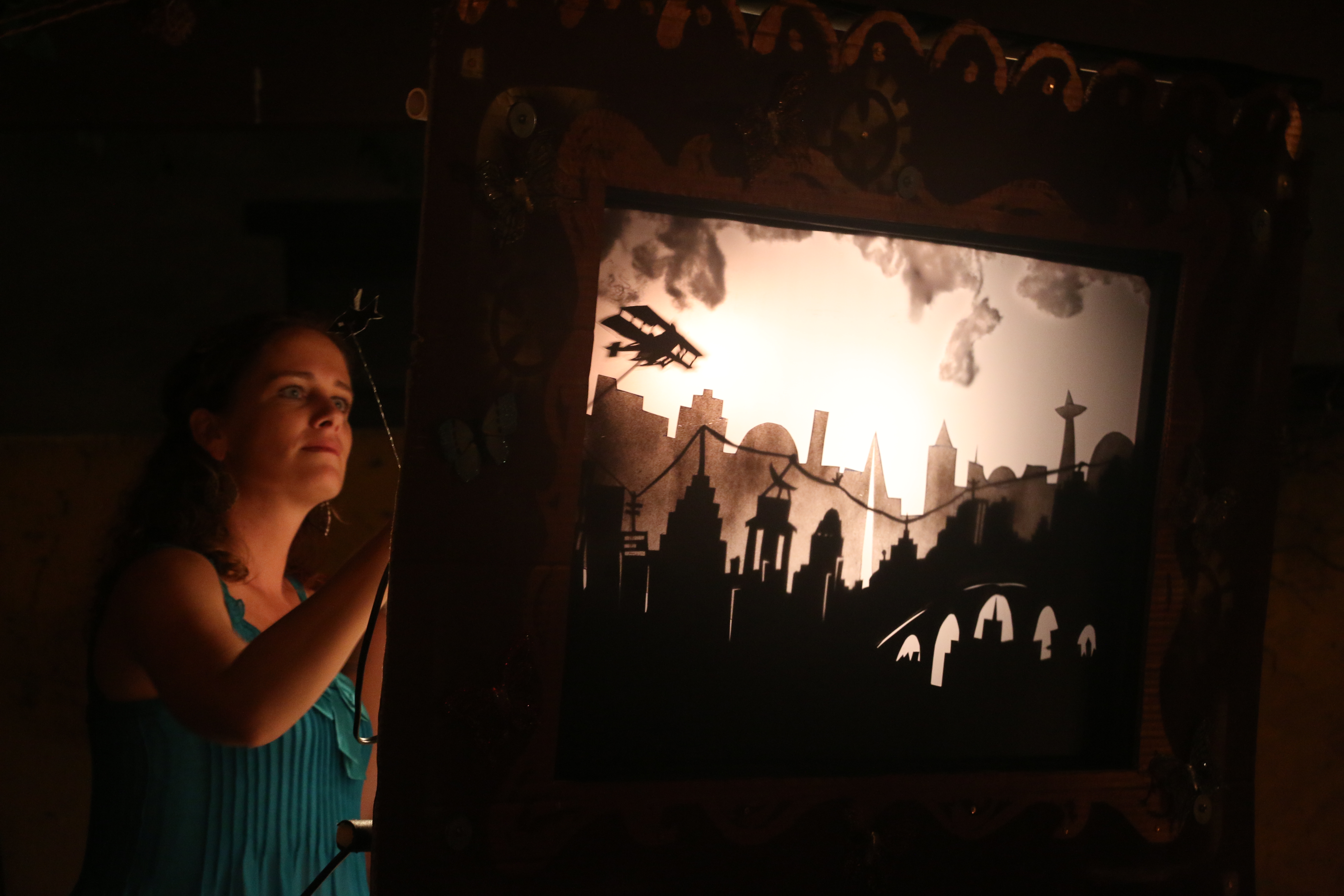