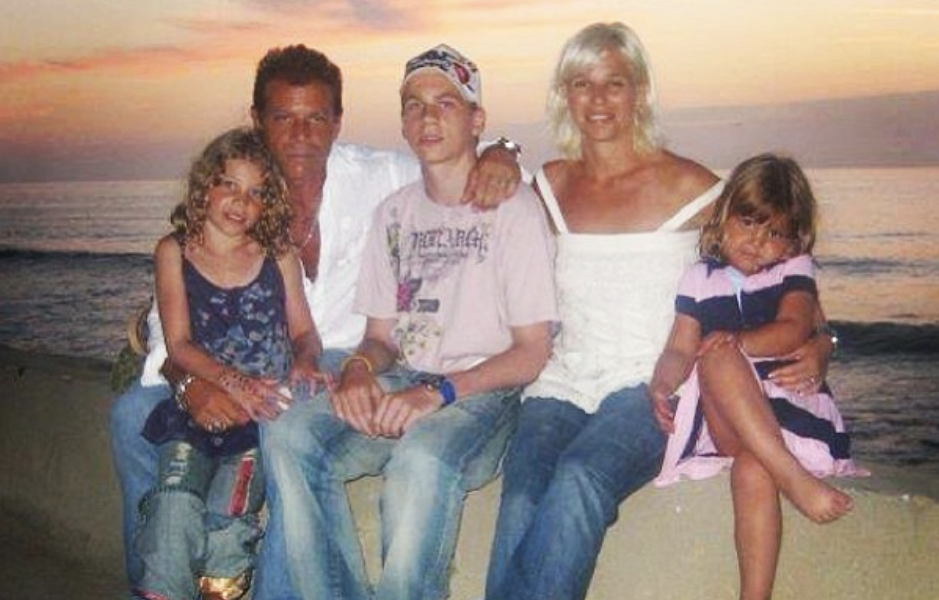 Today we’d like to introduce you to Tony Blauer.

Thanks for sharing your story with us Tony. So, let’s start at the beginning and we can move on from there.
When I was 15 years old, my mother asked me what I was going to do when I was older. I was sitting on the floor, stretching, while looking at a Bruce Lee magazine. Without looking up I said, “I’m going to develop my own self-defense system like Bruce Lee and teach martial arts.” She pats me on the head and said, “Ok dear, we’ll talk about this when you’re older.”

I began my martial arts and self-defense path in 1973 and started teaching full time in 1979. I took my teenage dream and turned it into a reality.

My deeper vision was a lot bigger than just teaching self-defense. I wanted to make people safer. I was really trying to solve a problem. I spent decades studying violence and fear. My goal was simple: how we could better prepare for ourselves without creating paranoia? This question and the research that ensued gave birth to a completely new way to look at and train for personal safety.

This journey leads me to discover our physiological response to danger, the startle-flinch response, and turn that into a personal defense response.

We actually re-engineered self-defense training models so that behavior and genetics supported the tactics. The program is called the SPEAR System®, an acronym for “Spontaneous Protection Enabling Accelerated Response”. The science behind the system lies in utilizing an intuitive appreciation for the body’s innate survival mechanisms. Now decades later, our methodology, has been vetted by medical professionals in the USA, Canada and the UK and it has been incorporated into multiple military and law enforcement organizations all over the world.

We are still growing and creating. Over the years, we have worked with everyone from citizens to celebrities, from law enforcement to the military. Aside from our tactical training, we created a self-defense program for the general public and CrossFit community, called BE YOUR OWN BODYGUARD.

My research on fear and performance has evolved far past the self-defense arena and moved into the general public and corporate world. I believe that fear is the single biggest killer of dreams, of progress and change. What you fear actually owns you to a degree, at a minimum, it certainly influences choices. To help people look at fear differently and learn to use it to their advantage, I created a seminar series and online course called KNOW FEAR.

45 years later we are busier than ever. This month I turned 58 and ironically, the other day, I was looking at a picture of me at the age of 15 working out in my basement. I was swinging nunchakus and was surrounded by posters of Bruce Lee. There’s a part of me that is still that 15 years old.

Overall, has it been relatively smooth? If not, what were some of the struggles along the way?
No one’s road is smooth. When I was 13 my parents divorced and my father took me and my sisters to Disney. When I got off the plane and smelled the ocean air and saw the palm trees I silently said to myself, “I’m going to live here one day.”

Over a career of 40+ years, I’ve made tons of mistakes and learned a lot about people. The evolution to a more philosophical way of looking at hurdles and obstacles comes with age. Years ago I was very upset with several events in my life. One of the biggest occurred in 2010, I discovered my COO was working deals behind my back. I dissolved my east coast company which had just done 12M domestic. It was a very scary and emotional time.

I pulled it together, reinvented my brand and moved to California. Obstacles are potential lessons in life and personal growth – if you choose to study them. I now have much greater clarity and therefore emotional freedom. That event in 2010 made another childhood dream possible, living in SoCal. It’s all perspective.

Alright – so let’s talk business. Tell us about Blauer Tactical Systems, Inc. – what should we know?
I pretty much covered this in the opening question. So let me share this from a more personal side. It has to do with the concept that Simon Sinek has popularized and that’s “What’s Your Why?”

My reason for starting and studying martial arts was for self-defense. And no matter how much better I got at the physical skill set I always felt a false sense of confidence. The mental strength I felt in the dojo dissipated when I was at a tournament or if I was near violence in the street. The transfer wasn’t happening.

Something wasn’t right. A fan of action movies, martial art movies, reading and more I had immersed myself into the world of violence as a fan and as a student. I read Book of Five Rings, several times and several versions – same with Tao of Jeet Kune Do and many others. I noted no one discussed fear, fear management or how the attacker thought or moved.

I was only a teenager and having grandiose thoughts of developing my own self-defense system. How could that be? Even as a young teenager I knew something was wrong with conventional training, but I wasn’t experienced enough to articulate it or build the alternative.

A few years later, one of my students got beaten in a real fight at school. It hit me hard. I had coached him for months for this bully vs good guy scenario. I felt like I failed him. That event sparked an idea in me regarding scenario-based training. It lead me to the proverbial ‘path less traveled’, which has made all the difference.

I designed the system I wish someone would’ve taught me as a kid. I re-engineered self-defense using physiology, physics and psychology. This is the first entirely behaviorally-based approach to personal defense. This training inspired me to create High Gear, the world’s first impact reduction training suit and now I have a team of hundreds of affiliates around the world working hard to make their communities safer.

Any shoutouts? Who else deserves credit in this story – who has played a meaningful role?
“Qui Docet Discit,” Latin for, “He who teaches, learns.”

I’ve been teaching non-stop for decades and before I start every single class I thank the students for their trust. If the students weren’t there where would I be? And that’s the truth. The biggest driver has been the need to deliver the most realistic, responsible and relevant course content possible.

So my big shout-out goes to the thousands of students over the years that kept me and continue to keep me on my toes. We are continually looking at new research, neuroscience, and studying human movement to continue to refine our system. Of course, there have been standout individuals who’ve mentored me in different ways, like Gary Klugiwiecz who introduced me to the Law Enforcement community in 1993.

Coach Bob Lindsey, a legend in the police world was always whispering in my ear. Bob Willis, co-author of the Tactical Edge was a huge proponent of my approach. All these men supporting me confirmed I was on the right path. Of course my team of trainers who allow me to continue doing what we do.

There are too many to mention over the span of decades. I’m not sure where I’d be without my wife, Jesse and her unselfish support of my dream and the optempo of the business. My busiest year, I was on the road 262 days, this was back when I was running everything solo driving from event to event… she was at home taking care of the family. She even moved us twice solo because I was on the road! 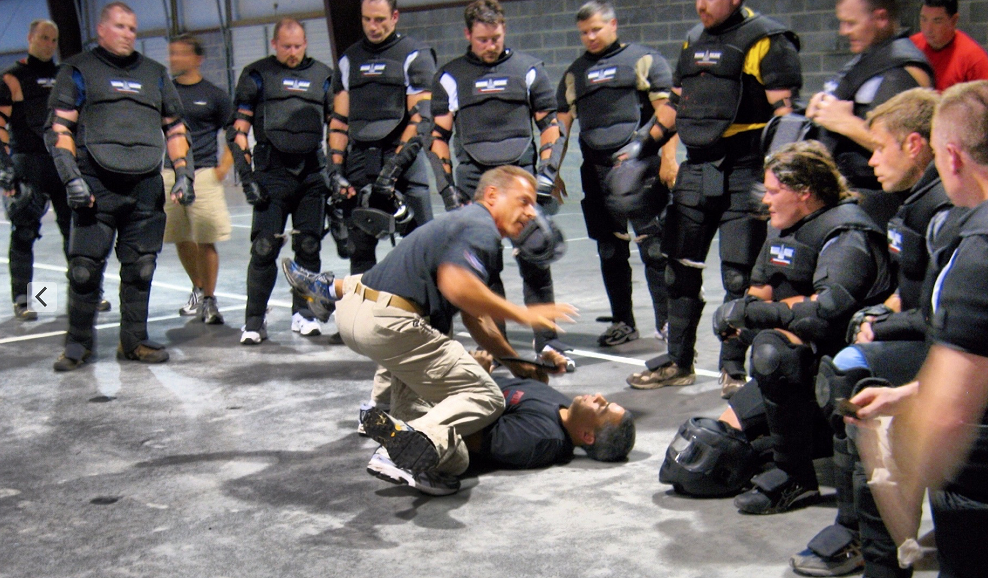 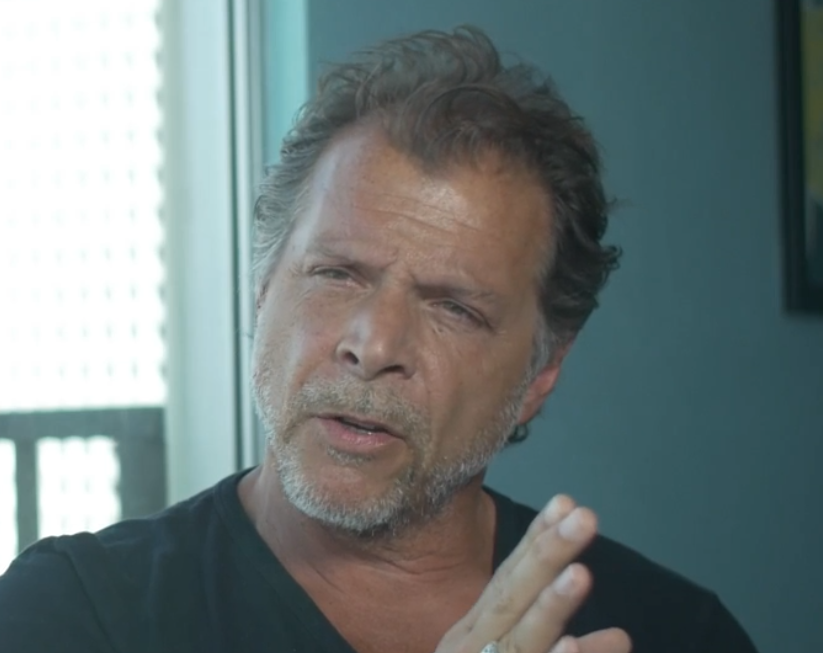 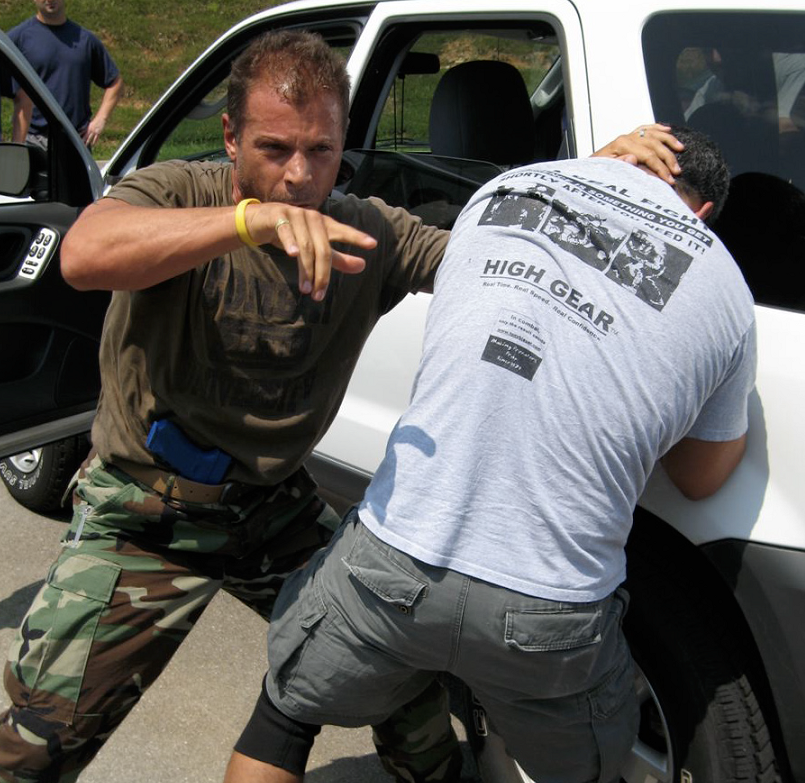 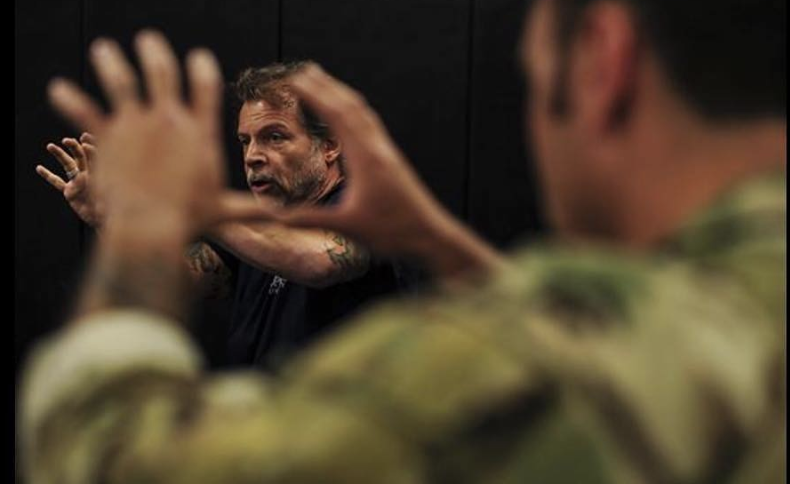 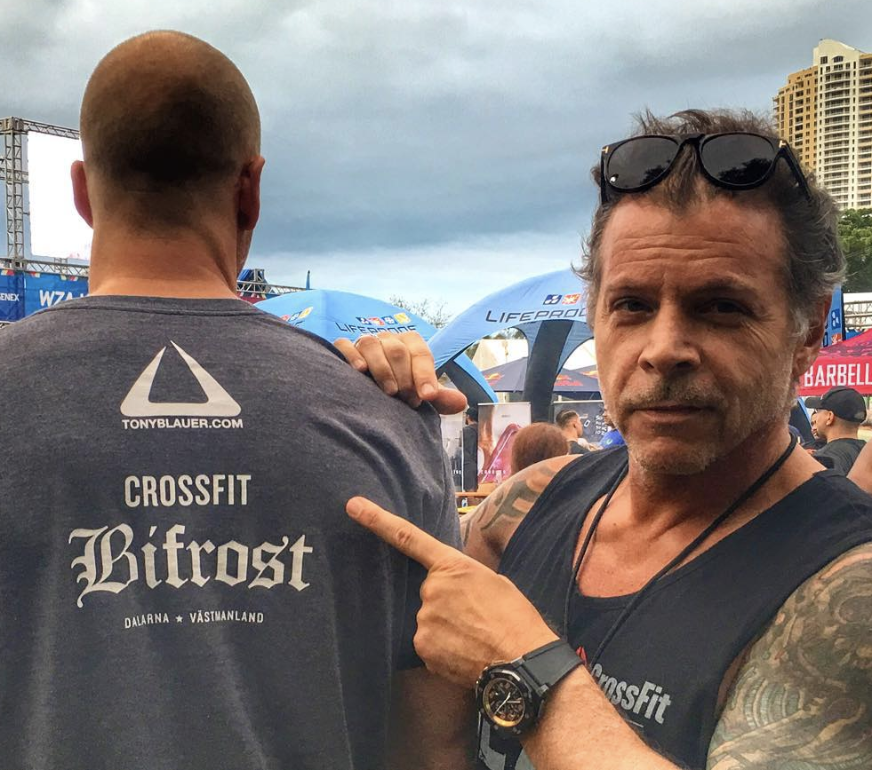 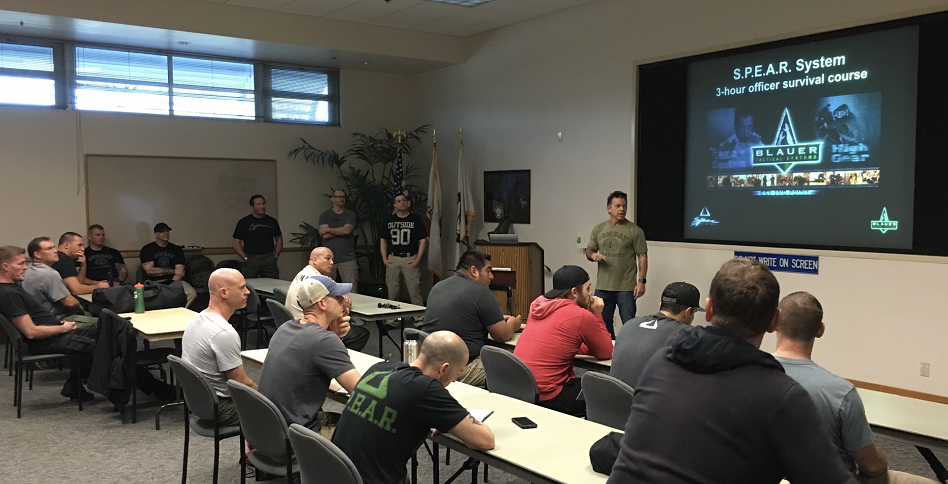 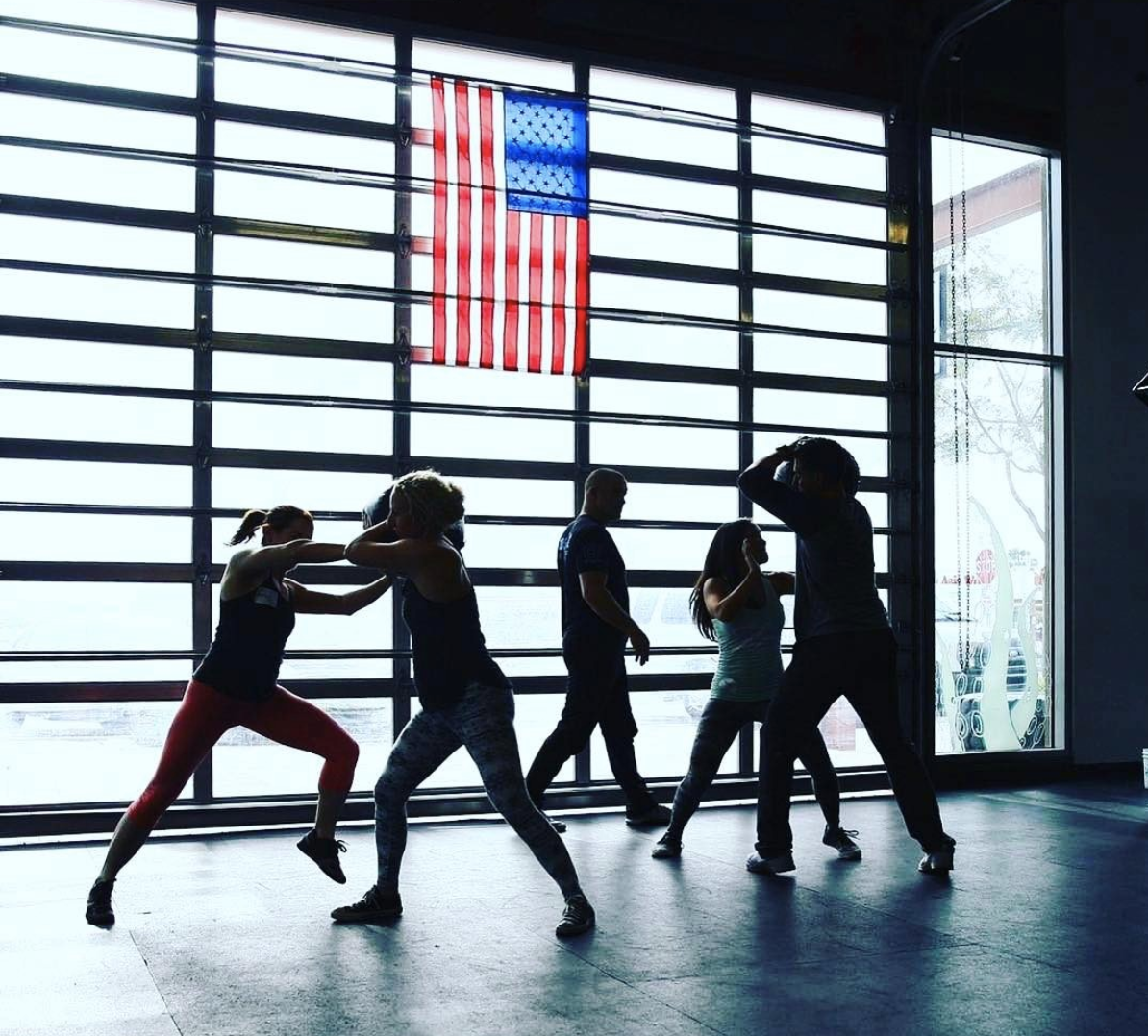 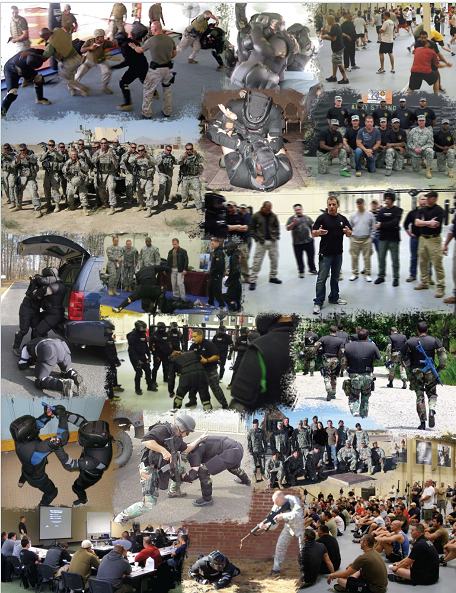