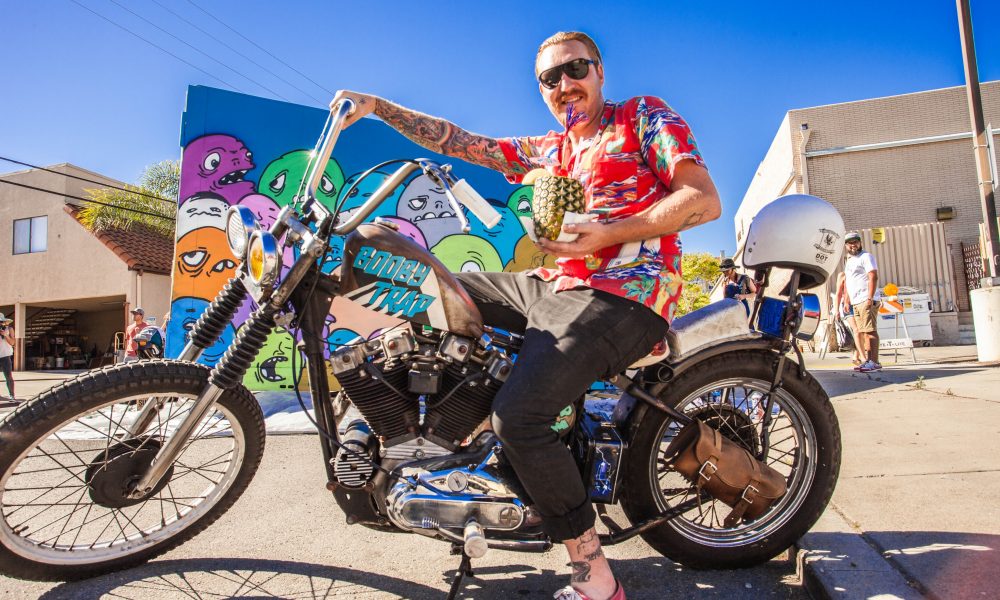 Today we’d like to introduce you to Walker McCullough.

Walker, please kick things off for us by telling us about yourself and your journey so far.
My parents actually met being animators for Hanna-Barbera and so growing up I was influenced to be creative and draw. I never really took it too seriously just doodling here and there. While I was growing up in Australia, I was exposed to graffiti, so my friends and I would spend our money on cheap cans and head out to the train tracks and light the place up hitting train stations and walls along the tracks. When we weren’t on the train tracks, we were sketching and drinking bags of goon or cheap whiskey. We would listen to Wu Tang while practicing on walls we built in the back yard.  My influence was drawn from skate and BMX, metal and the old heavy metal magazines, Mad and Thrasher, as well as Robert Crumb. I moved back to LA to finish up high school and during that time enlisted in the Marines.

I ended up being in the aviation wing where I eventually ended up painting jets. I was trained to make stencils and develop paint schemes for our aircraft. After I got out, I went to school for fashion design following my sister’s influence, but it didn’t really turn out to be the best direction for me. I moved back to Australia with my mother for a year or so and really got into photography. Once I came back to the States, I started doing nightlife photography as well as a couple of fashion shoots and lots of BMX and landscape as well. There were rarely any days where my camera was not attached to me. After photography, I decided I wanted to get into graphic design and start college where my interests then turned to game design. I would make 3D assets, particle systems, and all that good stuff. Once I graduated with a bachelors in game art/design, I couldn’t find a steady job in the game industry, so I was doing freelance graphic design work which wasn’t as consistent as I wanted. I went back into aviation painting which actually opened up the gates to more graphic design work. I am now able to bust out freelance jobs for local bars and breweries and still be ready to kick ass painting helicopters.

Can you give our readers some background on your art?
I guess my illustration art would be shitty dad jokes mixed in with dick-n-fart jokes. Throw in some punk rock shit and maybe a couple of nipples??? I like the lowbrow art style like Ed Roth as well as the old characters I grew up with. I think watching Ren and Stimpy has had a big-time push on my work. Just the crazy characters such as powdered toast man, the horse, and the super exaggerated facial expressions. I really like working in different mediums. I have mostly moved to digital now, but I want to start sculpting, molding, and working with woods and metals. There’s something awesome about making something tangible, holding it in your hands and thinking, “You are my creation. You were once inside my brain as an idea, and I have brought you to reality. Please don’t sue me.” In regards to my photography, I really want to keep as natural as I can. When I am shooting digital, I rarely use a digital lens. I actually have snapped a lot of rad stuff from using a Holga lens with a Nikon mount. I think the main thing to take away from my work is to not take things it too seriously. There’s enough of that shit going around these days. I think everyone needs to chill the fuck out and laugh at some dumb shit.

We often hear from artists that being an artist can be lonely. Any advice for those looking to connect with other artists?
Well yeah, artists are lonely because everyone sucks. I have actually really felt the lonely-artist situation because my pup passed not that long ago. RIP Hippo. But, if you don’t want to get yourself a kick-ass pet and if you want to connect with other artists hit up the local art shows and drink n draw nights. There is one down here in South Park at Whistle Stop which I used to go to a ton and just end up drawing a bunch of dicks, having tasty drinks and talking shit to each other. It was amazing. There’s always I a ton of rad artists there just look up sketch party on Instagram, and you can find something cool.

What’s the best way for someone to check out your work and provide support?
You can check out my work on my Instagram “goldbeardsdelight” or my website www.designedbyWALKER.com. If you wanna support me hit me up for some stickers or buy some of my prints and other gear on my Society6 page which is linked on my website or you can straight up send me money on PayPal. 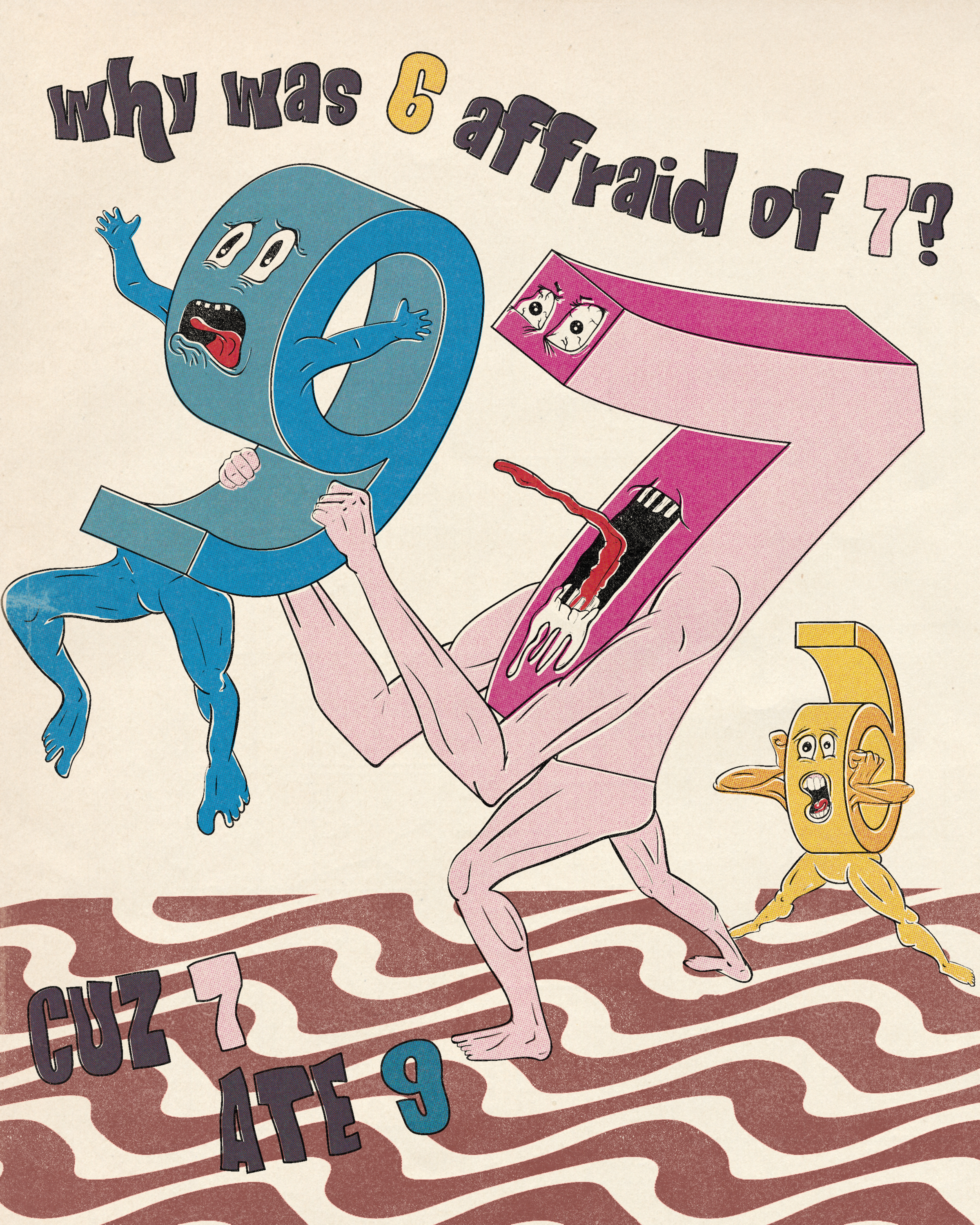 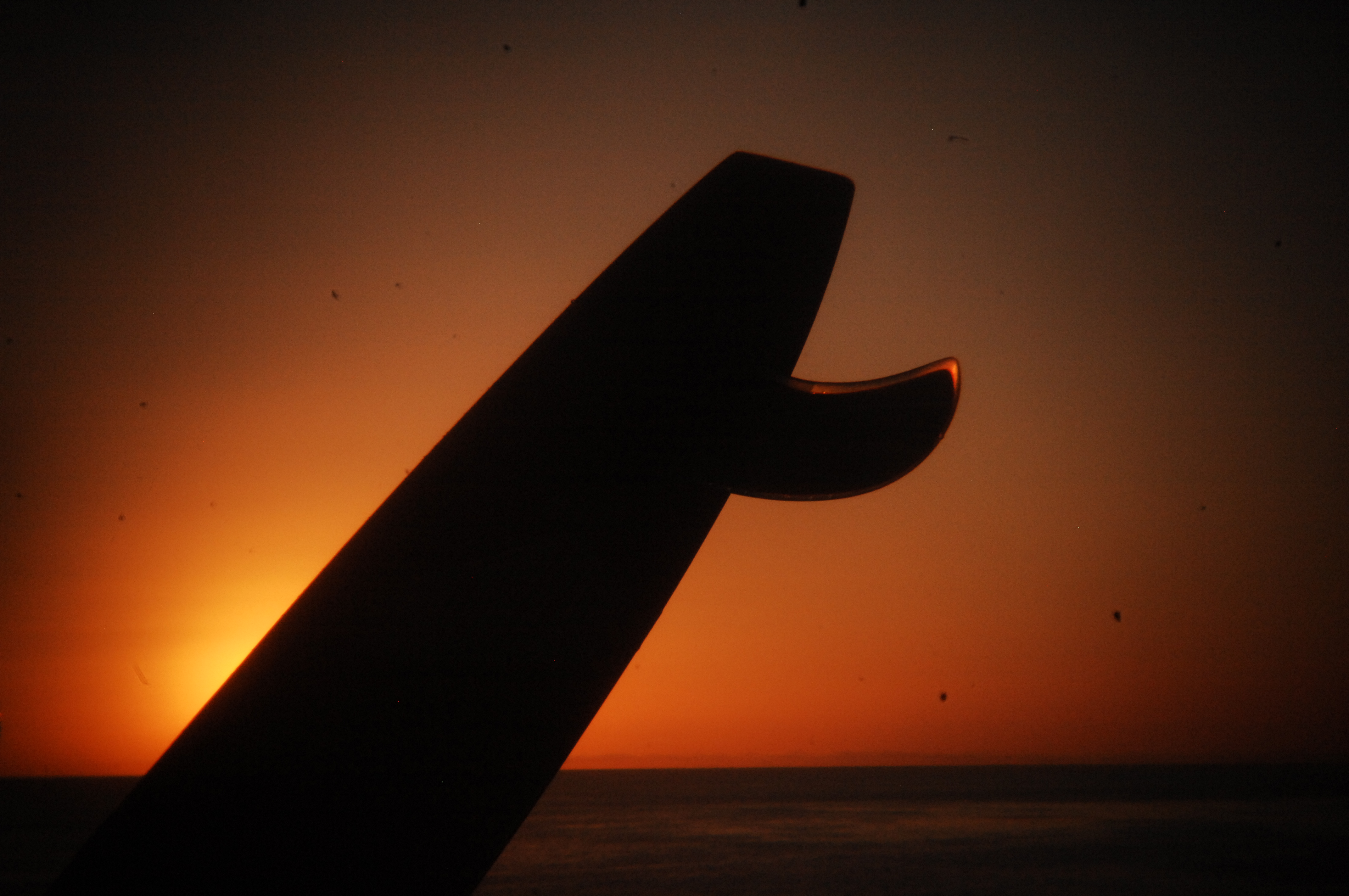 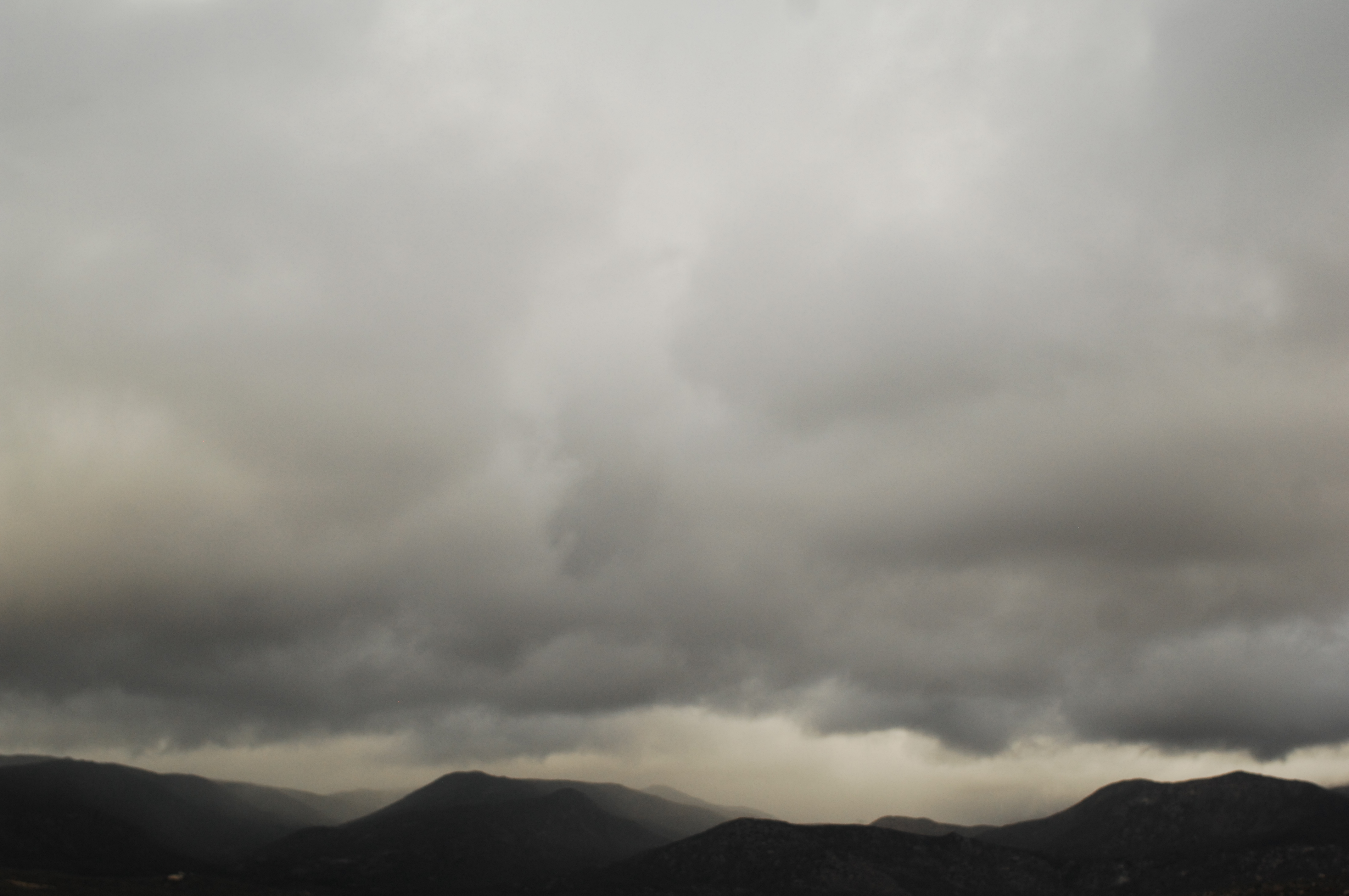 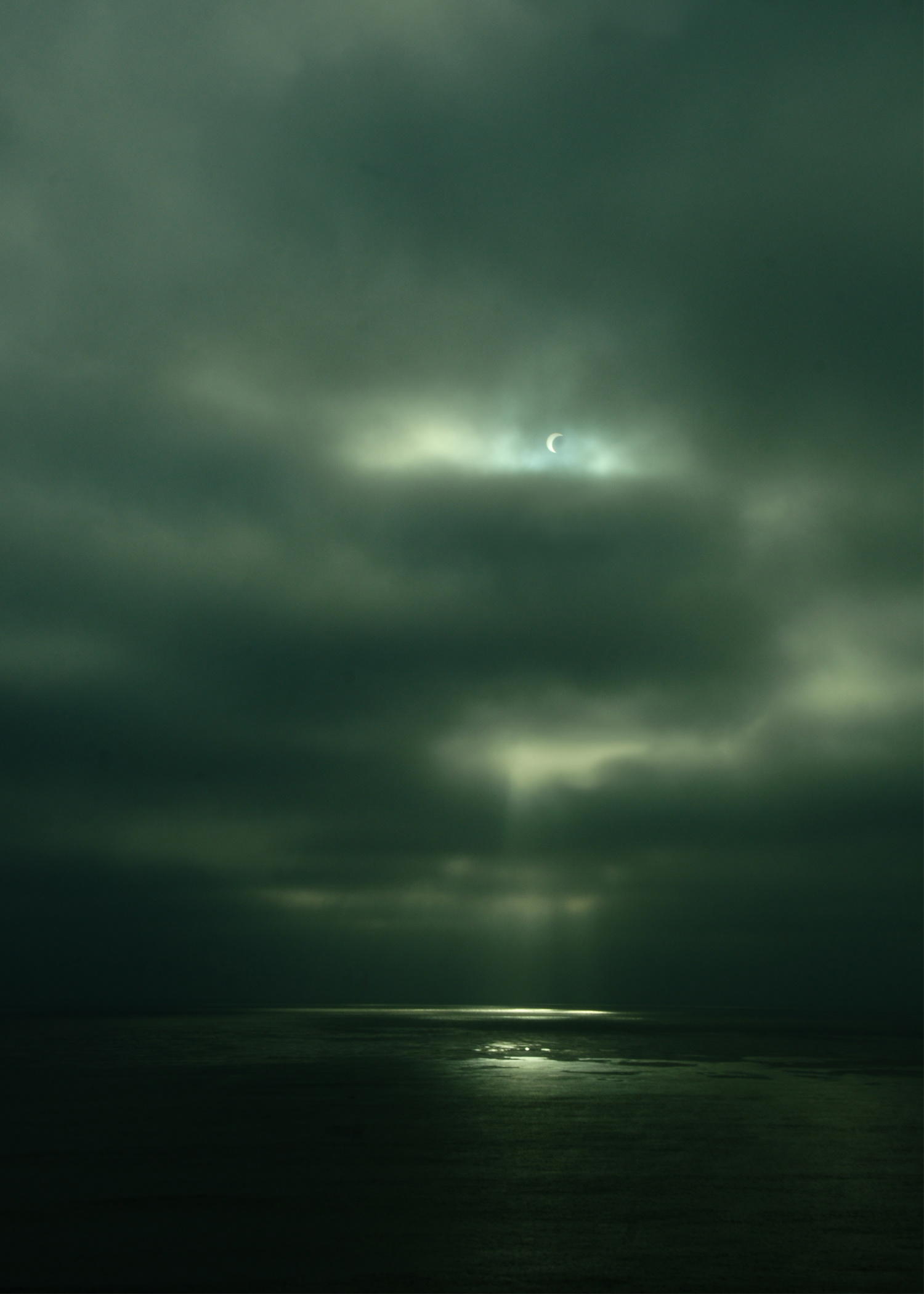 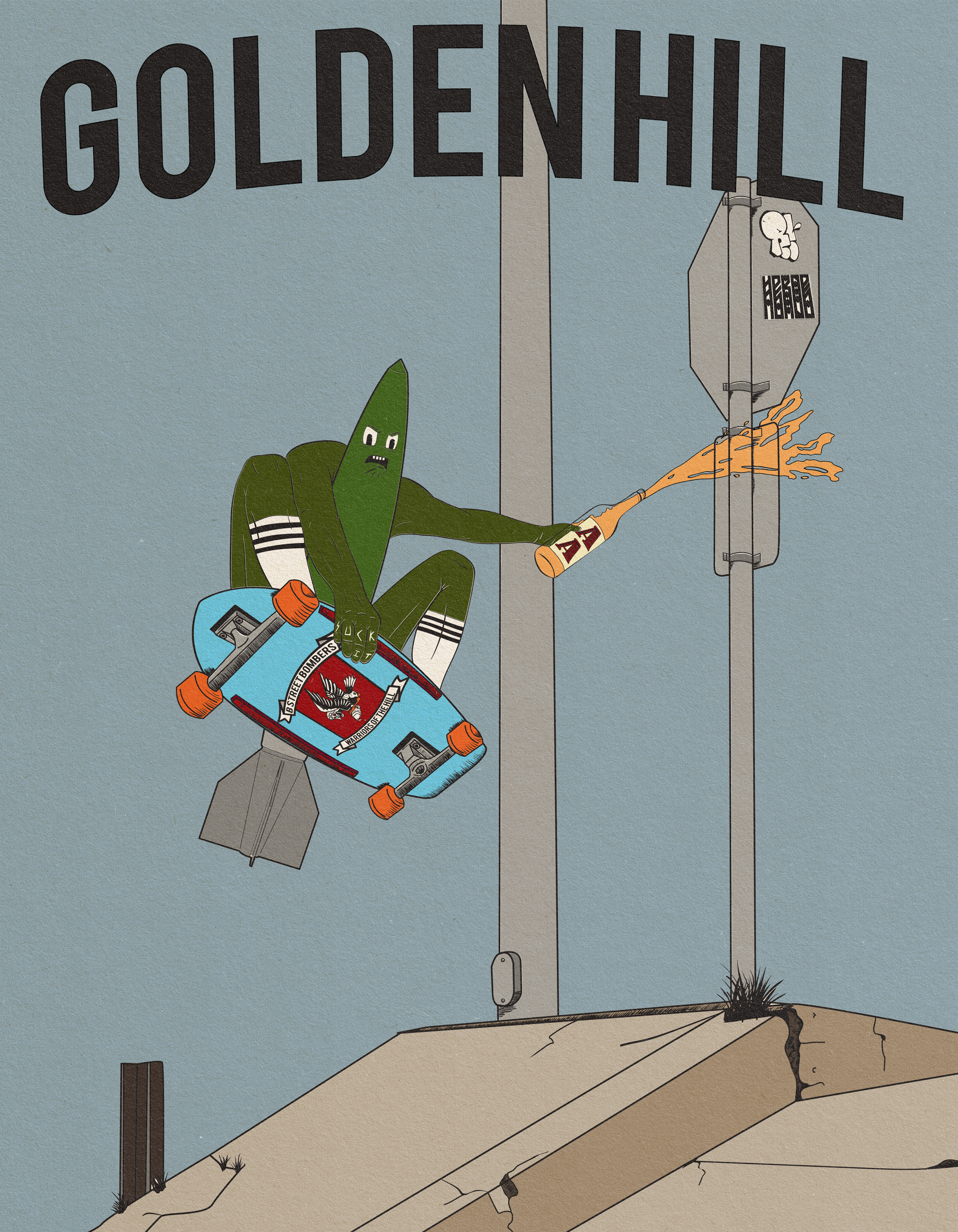 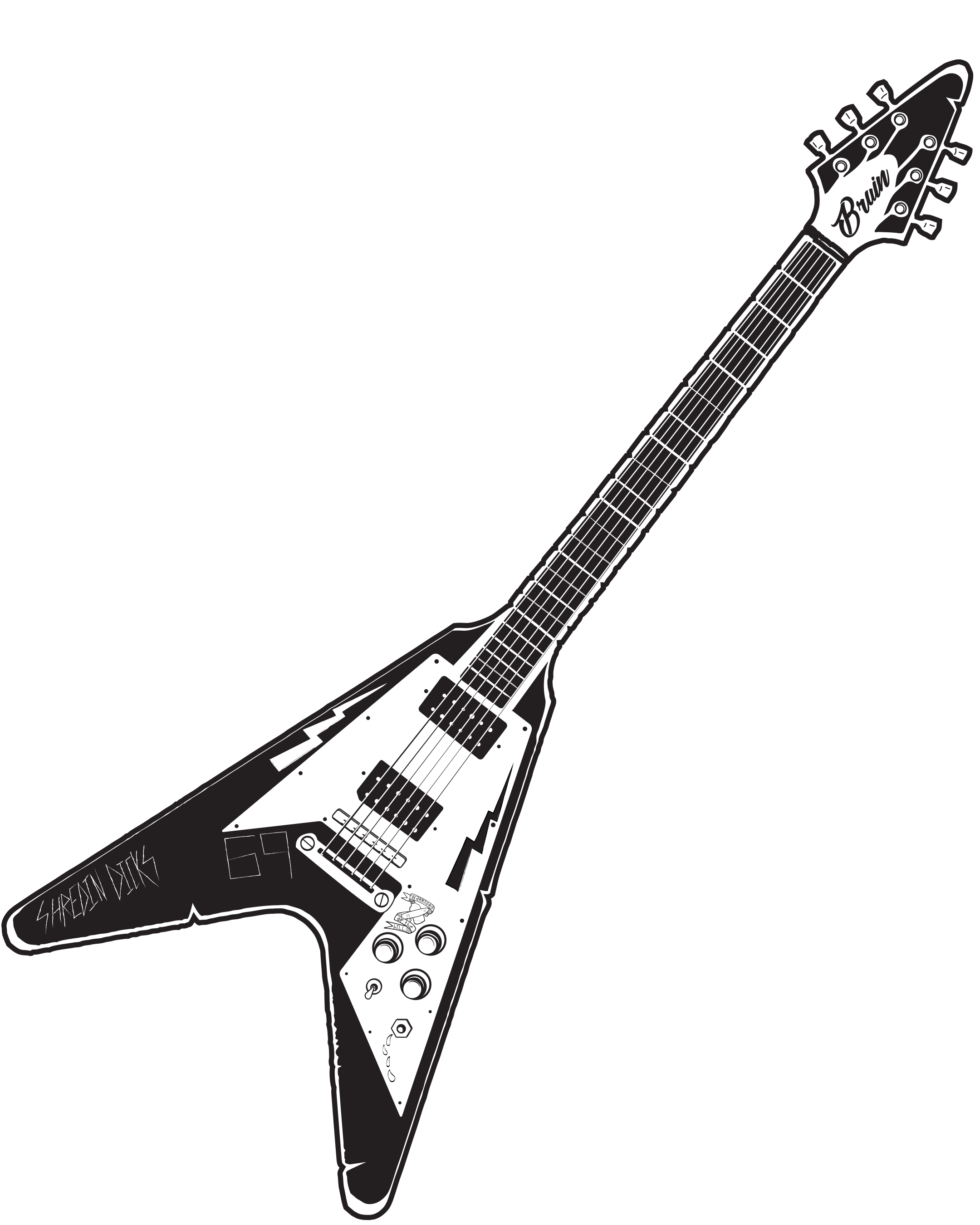 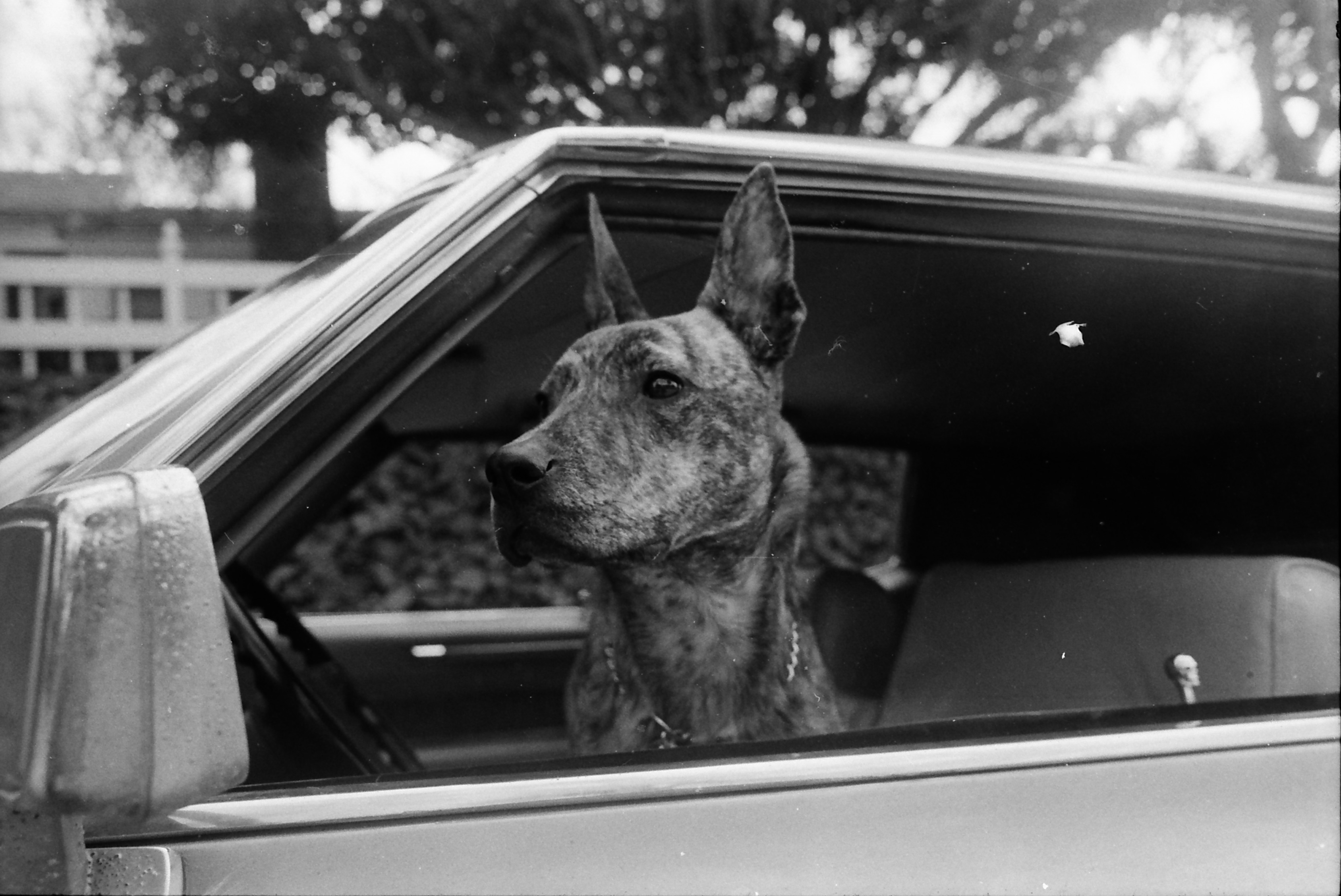 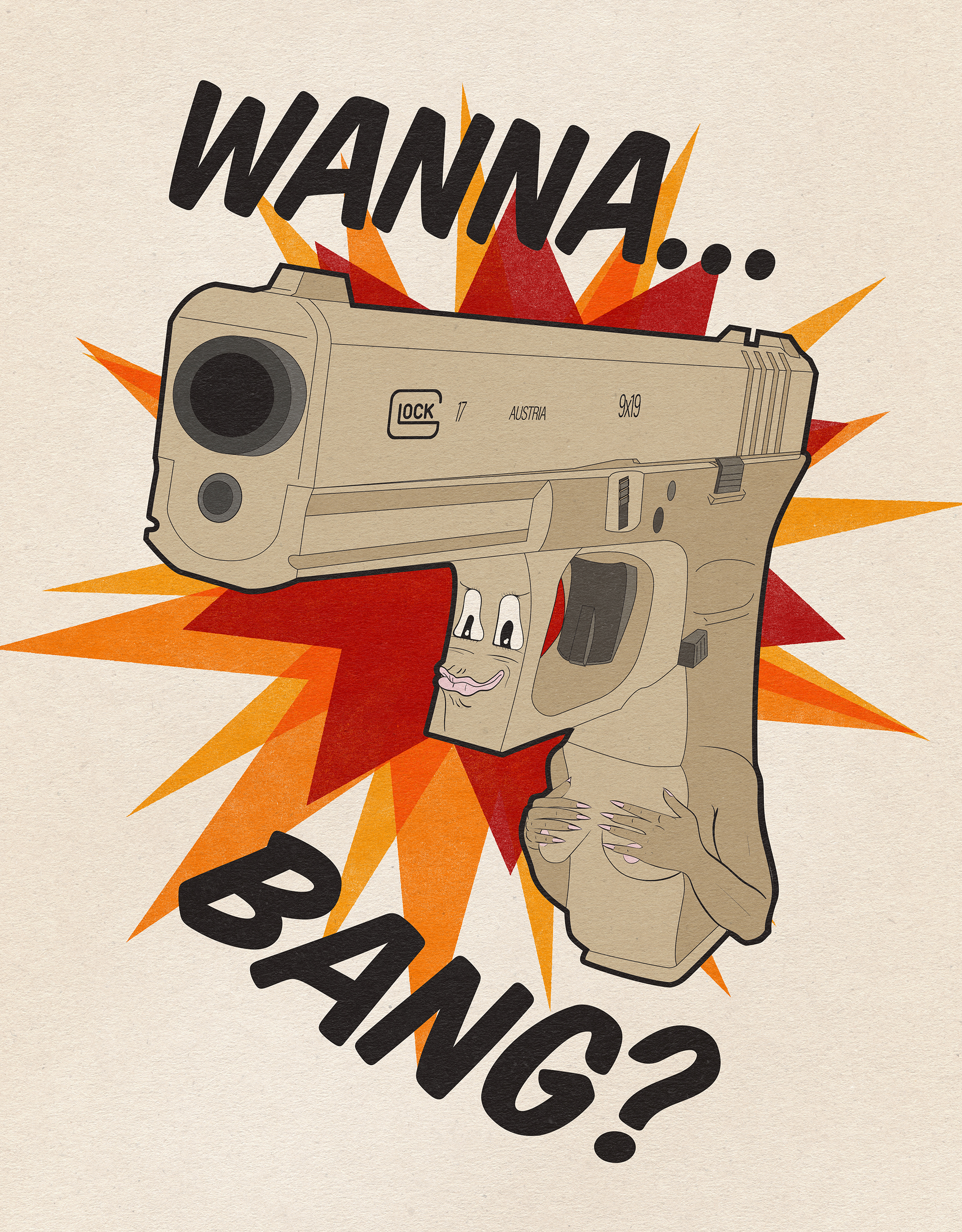