Today we’d like to introduce you to Brandan Robertson.

Brandan, before we jump into specific questions about the organization, why don’t you give us some details about you and your story.
I grew up in a small town in Maryland in a lower class family. Surrounded by alcohol abuse and then experiencing abuse from my father, I found myself utterly hopeless as a teenager. I struggled with my mental health and suicidal thoughts. During this period, I began attending church with my neighbors and for the first time heard about a God who loved me more than my earthly parents ever could. After attending for a few months, I had a powerful conversion experience where I sensed the love of God for me and a deep inner sense that my life had a purpose and meaning. Within a few months, I felt a strong sense of calling to become a pastor- to give my life to sharing the message that had saved mine. Throughout the rest of my teenage years, I pursued this calling, until I went off to college to get a degree in Pastoral Ministry.

At my conservative evangelical college, I began to struggle both with my faith and the fact that I was gay. I began blogging and podcasting about my spiritual struggles, and began to seek guidance from my colleagues about how to handle my queer sexuality- which it believed was a sin. My college made it clear to me that there was no room for my questions and doubts, and that if I ever embraced my sexuality, it would cause me not only to be expelled but also put my soul in jeopardy of God’s judgment. This message traumatized me, and in order to graduate, I underwent a year of conversion therapy.

After graduating, my faith was in shambles and I was more certain than ever that I needed to come out and embrace my God-created sexuality. I moved back home to Maryland and got a job in D.C. serving as the spokesperson for a new organization called “Evangelicals for Marriage Equality”, which sought to organize evangelicals to support marriage equality without affirming LGBTQ+ people theologically. When we launched our organization in TIME Magazine, the Southern Baptist Convention unleashed its forces on us, declaring me a dangerous heretic and outside of the faith. This was the final straw- I knew I could have nothing to do with this faith that I saw to be rooted in fear. But at the same time, I began meeting progressive Christians, those who believed Jesus’ message was more about radical inclusion and justice for the world, who accepted and celebrated me. I began to reconstruct my faith in this new progressive lens as an openly gay Christian man, and eventually went to a liberal seminary in Denver.

Following my education, I was hired as the Pastor of Missiongathering San Diego, a progressive, inclusive, Christian church in North Park, a church that is evangelical in style but radically progressive in the message. For the past three years, our church has worked to be a light in the midst of an increasingly dark world, declaring justice and welcome for the LGBT+ community, speaking truth to power, and declaring that Jesus does not belong to conservatives. We’ve gained a national platform and continue to be called to new ways of doing our ministry, despite constant resistance.

Great, so let’s dig a little deeper into the story – has it been an easy path overall and if not, what were the challenges you’ve had to overcome?
Missiongathering Christian Church has been operating in North Park for over a decade as a progressive, inclusive, Christian church focused on reaching those not ministered to in traditional churches.

Two primary ways Missiongathering has engaged in this calling through operating a weekly homeless youth shelter which provides a hot meal, a warm shower, a place to sleep, and connection to service that can help these individuals get off the street through a partnership with Urban Street Angels, one of the largest non-profits combatting youth homelessness in San Diego.

The church also rents out their sanctuary to host concerts for all-ages to provide a safe space for young people and the community to come together for events, the proceeds of which help to fund the church’s ministry to the community.

After over six years of uninterrupted operations, on July 31, 2019, City officials came and inspected Missiongatherings campus to determine if the church was properly zoned and properly operating within city code. On Saturday, August 31, 2019, Missiongathering received a Civil Penalty Notice and Order from the City of San Diego, ordering that the church cease operations of their shelter and cancel all rentals of their sanctuary immediately- an action that will potentially cost the church an estimated tens of thousands before year end, and force the church to cease a ministry that is at the very heartbeat of their identity as a faith community.

This notice also cited the church with over twenty violations and informed them that they may be back-charged at a rate of $300 per violation, per day, since the inspectors first noticed them on July 31, 2019. The church plans to avoid penalties by immediately correcting all violations as identified. The church was informed that without obtaining a Conditional Use Permit for both their sanctuary rentals and the shelter, they would not be able to continue operating these ministries.

After much prayer and consulting with legal counsel, Missiongathering believes that The City of San Diego may be violating their religious liberty as a church and are committed to fighting these actions for the sake of the survival of the church and their right to be who God has called them to be- and who they’ve always been. It is a fundamental call of Christ to reach out to those who are in need, to clothe the naked, and to be a good steward of our resources. The City is not only preventing Missiongathering from doing that, but they are also penalizing them for it.

It is Missiongathering’s sincere intention to continue to be a church that blesses North Park and the City of San Diego. They hope that the Mayor and City leaders would work communities of faith to allow them to express their faith in ways that are blessings to everyone in San Diego and beyond. Therefore, in October, we filed a lawsuit against the City.

Please tell us about your organization.
We are a diverse, inclusive, and innovative Christian Church (Disciples of Christ) committed to empowering you to live a vibrant and wholly live. Every aspect of our church centers on the belief that every single person is loved by God and has a purpose. We are committed to being a no-judgment environment that embraces everyone from every walk of life to join us as we seek to live healthy lives and work to create a more beautiful and just world, one subversive act of love at a time.

We believe that actions speak louder than words, and works are more important than belief. We’re a church that celebrates curiosity and conviction and doesn’t think that we’ve got it all (or anything) figured out. We believe that by walking together as a diverse community with different beliefs and opinions, we’re all challenged to grow and expand our thinking, which is kind of the point. Most of all, we are a community. We are committed to loving and doing life with each other through the thick and thin of it and pulling together our collective energies to make a tangible impact on San Diego for the common good of everyone.

What moment in your career do you look back most fondly on?
I have two key moments- first when I publicly was outed in TIME Magazine in 2015. It was a traumatic moment but opened the door for me to step into a national light and declare that you could in fact be gay and Christian. I look back on those days and am not sure where my strength came from, but I am so proud of myself for standing firm and pressing forward in my personal and our collective fight for equality.

I also am proud of how our church has organized and stood firm in our fight against the City of San Diego as they have attacked our churches very ability to survive in North Park. We’re in the midst of this struggle, but to see my community come together and to be able to lead this fight- legally, morally, and spiritually, for the rights of faith communities to do justice has been invigorating and inspiring. 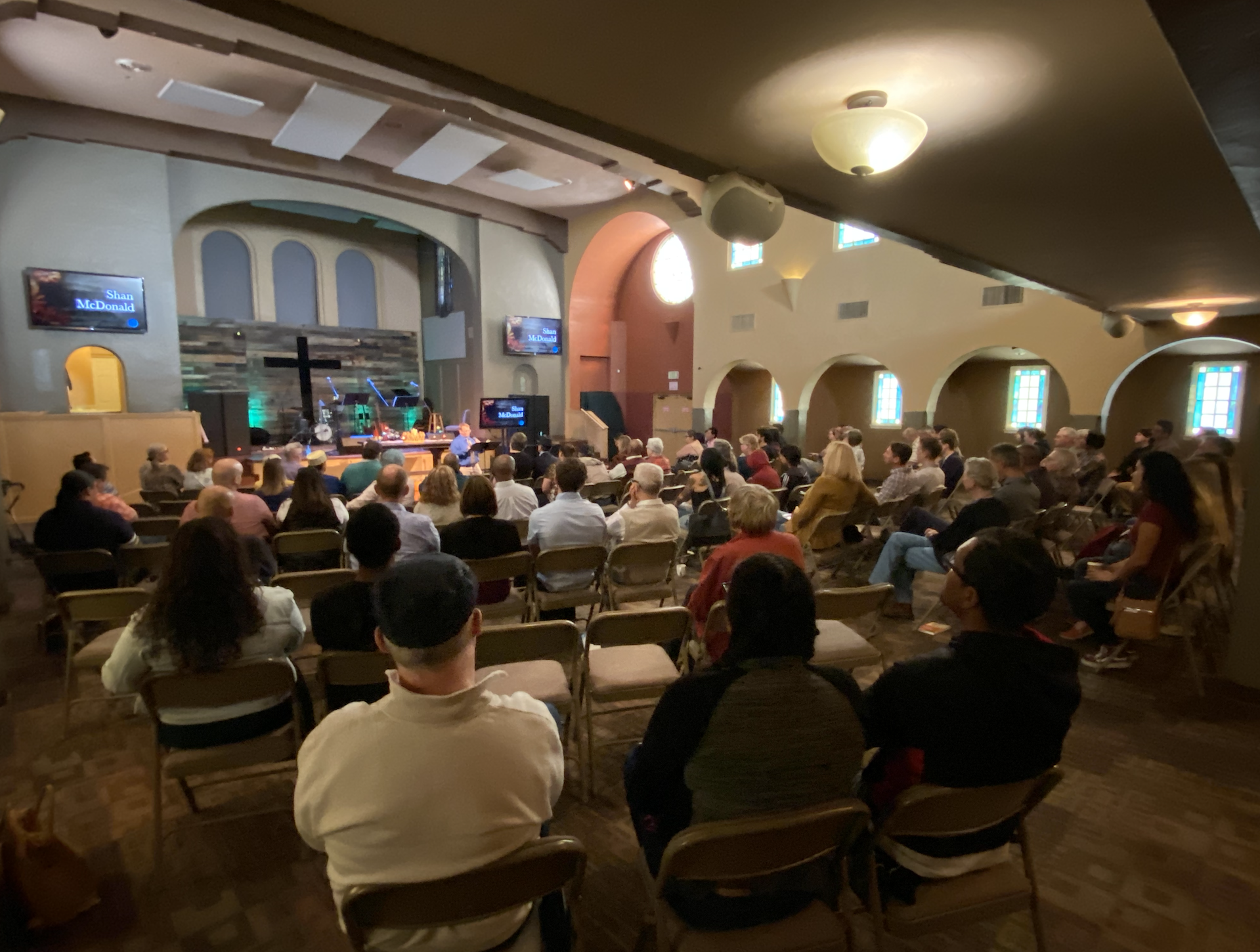