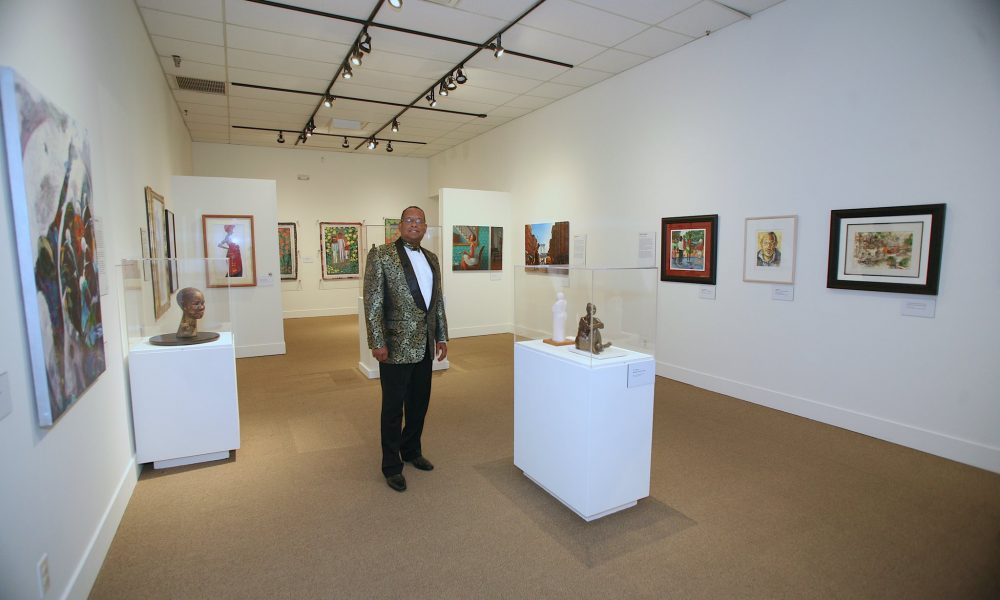 Today we’d like to introduce you to Gaidi Finnie.

Gaidi, please share your story with us. How did you get to where you are today?
The late Shirley Day Williams was an alumnus of Fisk University. A longtime San Diego resident and patron of the arts, she established the San Diego African American Museum of Fine Art. Her passion for the African/African American culture was evident in almost everything she did. You could see it in her personal Art Collection, her attire and the interior design elements in her home. Shirley Day Williams was a tenacious advocate for African Americans and the arts, her legacy must be continued and we are pleased to spearhead an effort to do just that.

The reestablishment of the museum is very important for the City of San Diego. The purpose of this museum is to present and preserve the art of African Americans globally. This wonderful museum will fill a void that exists in the existing art museums. It will educate those who are interested in learning and impress even the most seasoned art enthusiast. It is clear that great art is simply that, great art and African American art is no different. Where there is a difference is the stories that are told through art; the lifestyles, the pain, the joy, the love, the struggles as told through the perspective of an African American Artist. These experiences translate into art, which is varied, modern, contemporary, unique, and undeniably the source of great pride for people of the Africa Diaspora.

Overall, has it been relatively smooth? If not, what were some of the struggles along the way?
Being a museum without walls has not been a smooth road. We have to find a museum that is willing to collaborate and has systems that conform to the American Association of Museums (AAM) standards for mounting a show. That said we have been successful with San Diego State downtown Museum, The San Diego Museum of Contemporary Art, the San Diego Veterans Museum and The San Diego History Center. In each case, we supplied programming that drove people to a museum during our collaboration. We are proud to say that we brought in new constituents to each museum

SDAAMFA and the Center have coordinated the work of seven of San Diego’s most celebrated artists to showcase their art and expose a new audience to their work. The exhibit will run over a five-month period beginning October 2017 through March 28, 2018. The following artists will be featured:

Manuelita Brown is an alumnus of the University of San Diego with a master’s degree in Psychology. A professional artist and sculptor, specializing in bronze figurative and portrait sculpture her art is featured throughout San Diego County and the United States.

Trained by veteran sculptors, including Bruno Lucchesi (New York), Nigel Konstam (Italy), and Simon Kogan (Washington), Manuelita has been honored with numerous awards accompanying her frequent participation in juried shows and exhibitions throughout the country, such as the Gasparilla Festival of the Arts in Tampa, Florida; Artscape in Baltimore, Maryland; the National Black Arts Festival in Atlanta, Georgia; the National Black Fine Arts Show in Soho, New York, and the Sausalito Art Festival in Sausalito, California.

Ernest Eugene Barnes Jr. (Deceased) was born in Durham, North Carolina but his San Diego connection was as a football player with the San Diego Chargers. His paintings are characterized by elongated figures with closed eyes and many capture the dynamism of sports. His style, which critics have described as neo-Mannerist, became familiar to a prime-time television audience in the mid-1970s when producer Norman Lear hired Barnes to “ghost” the paintings by the Jimmie Walker character “J.J.” in the groundbreaking African American sitcom “Good Times.” As the backdrop for the show’s closing credits, Lear used Barnes’ 1971 painting “Sugar Shack,” his most famous work. Singer Marvin Gaye later adapted the painting as the cover art for his 1976 album, “I Want You.”

Jean Cornwell Wheat is a painter, sculptor, and multi-media artist. Her current work is the result of her emergence from the 2007 wildfire that destroyed her home and studio. Jean is very active in the San Diego Community. She spent five years as an artist in residence at the Sherman Heights Community Center where she painted murals and worked with the community. She was honored by the San Diego Board of Supervisors as volunteer of the year for her work with the foster youth residing at the San Pasqual Academy. Jean continues to create interesting works of art and inspire budding artists of all ages.

Albert Fennell (Deceased) was a San Diego native, who during an interview stated “I strive to create a path of communication among all people by drawing and painting the truth, pride, beauty and compassion I see in them every day. I thank God for the talent given to me and for affording me the opportunity to share it”. Fennell used his unique ability to create depth, dimension, and illusions of exemplary quality.

Kadir Nelson spent his early years in San Diego, before being accepted into the Pratt Institute, Brooklyn NY. He currently exhibits his artwork in galleries and museums nationwide and abroad. Kadir Nelson’s paintings are in the private and public permanent collections of several notable institutions including the Muskegon Museum of Art, The National Baseball Hall of Fame in Cooperstown, the International Olympic Committee, and the US House of Representatives.

Faith Ringgold is a native of New York, who while working as an art teacher in public schools, began a series of paintings called American People. This unique series portrayed the civil rights movement from a female perspective. In the 1970s, she created African-style masks, painted political posters and actively worked towards the racial integration of the New York art world. During the 1980s she began a series of quilts that are among her best-known works. Later, she embarked on a successful career as children’s book author and illustrator. Her art is included in many private and public art collections including The Metropolitan Museum of Art, The National Museum of American Art, The Museum of Modern Art, The Solomon R. Guggenheim Museum, The Boston Museum of Fine Art, The Chase Manhattan Bank Collection, The Baltimore Museum, Williams College Museum of Art, The High Museum of Fine Art, The Newark Museum, The Phillip Morris Collection, The St. Louis Art Museum and The Spencer Museum.

Ms. Ringgold is professor emeritus at the University of California, San Diego where she taught art from 1987 until 2002.

Charles Rucker (deceased) discovered his artistic talent as a very young child. He enjoyed painting with oils, acrylics, and watercolors. He evolved from still life and landscape paintings to depicting people in their natural surroundings. In later years several of Mr. Rucker’s works included scenes of the Caribbean and African natives, defining a style he described as contemporary realism. He captured and articulated the happy, mundane moments of everyday life. In addition to his great artistic talent, Rucker always had aspirations to be in law enforcement and education. He earned Associate of Arts and Associate of Science degrees at San Diego City College and a Bachelor’s degree at San Diego State University. He also received teaching credentials from UCLA in juvenile justice and criminology. During 17 years in the San Diego Police Department, Mr. Rucker served as a composite artist and as a community relation’s assistant to the police chief.
Museum of Fine Art.

If you had to go back in time and start over, would you have done anything differently?
I would not do anything differently. We have not missed a step in terms of bringing the best African American Art to this region. Our show has been professionally exhibited to the highest standards. That is our mission and we are being successful. 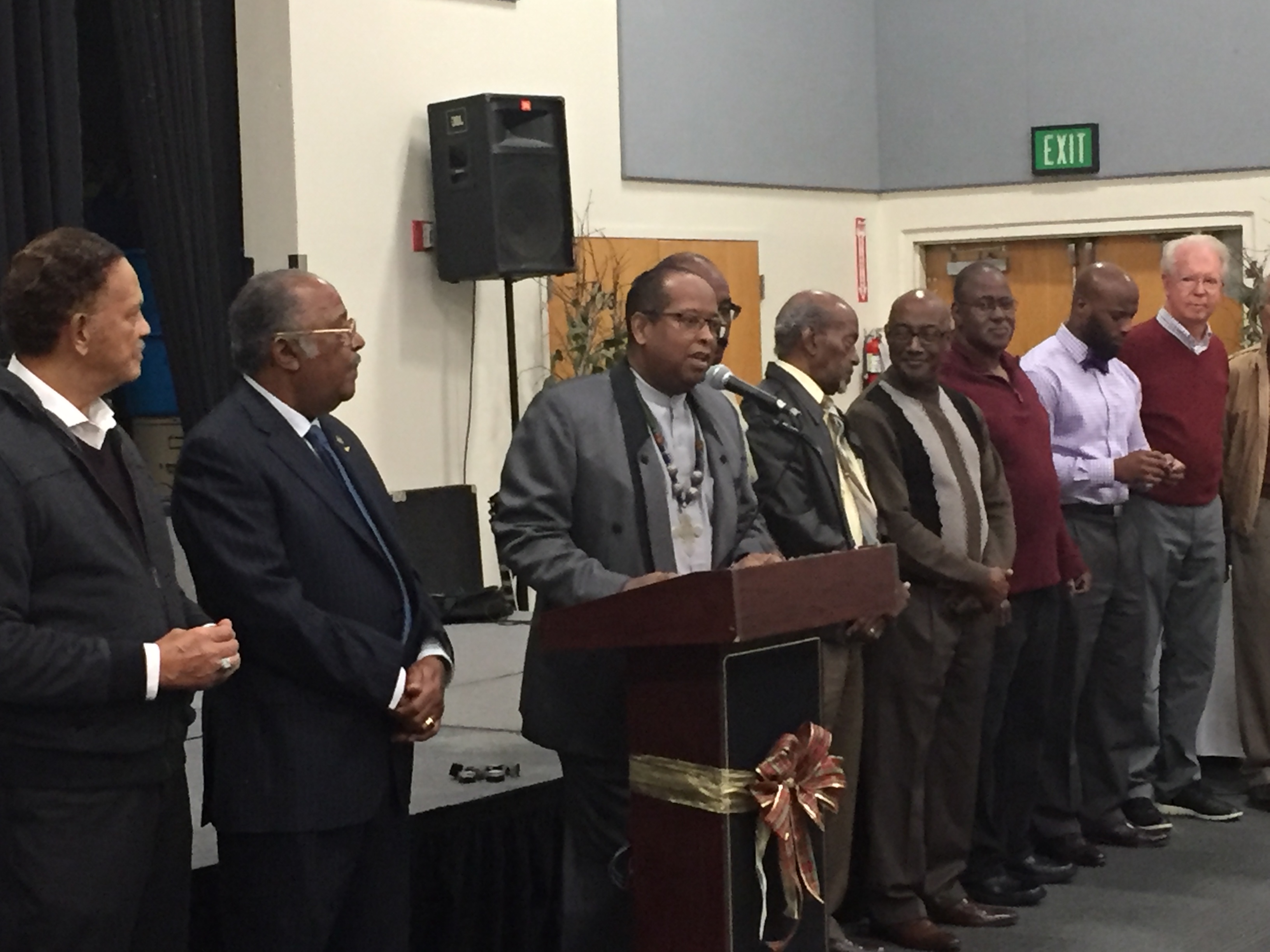