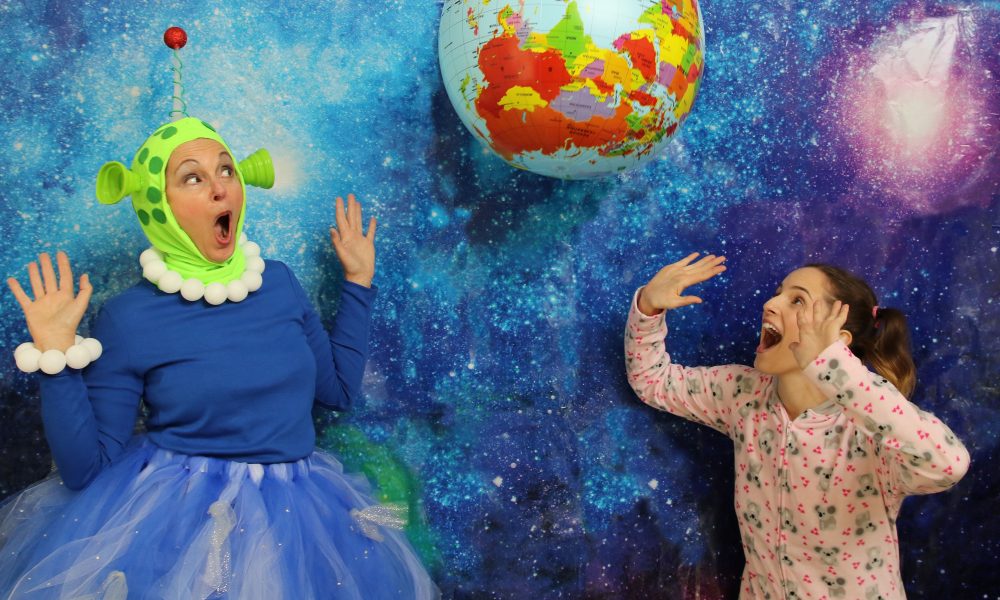 Today we’d like to introduce you to Ruth Weber.

Thanks for sharing your story with us Ruth. So, let’s start at the beginning and we can move on from there.
I am a native San Diegan. My sister and I grew up in Clairemont and were exposed to the arts at a very early age. I’ve always known I wanted to make music my career. I studied piano, guitar, and voice growing up and received my Master of Music in piano performance.

Like most musicians, I work multiple jobs, which allow me to enjoy different aspects of music such as teaching, conducting, performing, songwriting and arranging. I postponed having children thinking they would slow down my music career. Little did I know that they would bring me new opportunities. When my children were in elementary school I volunteered in their classrooms.

I listened to their lessons and became inspired to write songs. Learning about math or the alphabet became more fun when you sang a song! When my kids were eight and three, we recorded our first album, Me and the Kids. We performed live shows at locations like Borders bookstores and Kids Expos until my son felt it wasn’t “cool” to do anymore.

Since then, we have worked on numerous music projects in both classical and world music genres. Two years ago, we decided to return to our roots and began developing a new children’s album. As I’ve grown, I have become focused on what I will leave behind. I strive to be a positive influence in the world through my various songwriting/performing projects.

This latest children’s album, “The Spaceship That Fell in My Backyard” tells the story of an alien who lands in Emilia’s backyard bringing a message of universal peace. The two learn about acceptance of others and about making the world a better place. I know how influential music can be for young people.

My kids still remember all the great music they sang when they were small and its positive effect. They loved the Sesame Street song, “Are you a Wasteroo?” and sang it anytime someone left the water running!

We’re always bombarded by how great it is to pursue your passion, etc – but we’ve spoken with enough people to know that it’s not always easy. Overall, would you say things have been easy for you?
When my kids were young, I became a single mom and needed to work as many jobs possible to make ends meet. I couldn’t afford a babysitter, so I brought them to work with me. They would sit in the back of my classrooms doing homework, drawing pictures, or reading. They gained musical experience by singing or playing instruments in the community performing groups I directed.

I know they were often bored and resented not being able to play with their friends, but we were always together, and the experience affected our lives in a positive way. My children are grown now and are both professional musicians. My daughter, Emilia Lopez-Yañez, is my performing partner and principal singer on the album. She also works professionally as an oboist with several orchestras in the Los Angeles area.

My son, Enrico Lopez-Yañez, is Assistant Conductor of the Nashville Symphony and was a co-producer and principal arranger of the album. He also co-wrote some of the songs. Since they no longer live locally, we have had to learn to work remotely. This was a challenge for me since I am not tech-savvy.

However, we now have the ability to send music tracks back and forth and hire great musicians from all over the country to play on our recordings!

We’d love to hear more about your business.
My family has always been my greatest support team. They were at every recital when I was little and still come to every concert possible. They encouraged me to pursue music even though I’m sure they were worried I would never make a living! My sister, Suzanne Parlett, is a wonderful graphic designer and created the artwork on our latest album.

My husband, John, crafted my wacky costume and runs the sound for our live shows. He is supportive of my work and loves contributing to all the projects in any way he can. The album has opened many doors for us and has allowed us to give back to the community as well. One dollar from every sold album is donated to Ronald McDonald House Charities, a great organization that helps families with sick children.

We are now in the process of beginning our 2nd Ruth and Emilia album, which we hope to release this year. I think the most rewarding projects I’ve worked on are those with family and friends (or colleagues). My choir directing work has enabled me to collaborate with many well-known artists on some amazing albums, benefitting great causes.

My choirs sang backup to Dan Aykroyd on a UNESCO music project for world peace, we worked with GRAMMY-winner Ricky Kej on an environmental consciousness album, and recently worked on the soundtrack to an uplifting feature film about children with disabilities called, One Little Finger. This film should open in San Diego in a few months.

What were you like growing up?
I was very shy growing up and so I would spend most of my free time either practicing or writing music. Music became a friend and a comfort to me.