Meet Scribe Sayar and Poise of Elders of the BloQK 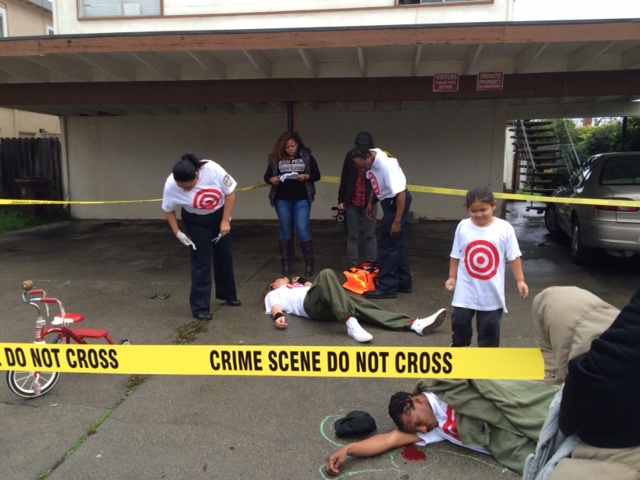 Today we’d like to introduce you to Scribe Sayar and Poise.

Scribe and Poise, please share your story with us. How did you get to where you are today?
Scribe Sayar’s story:
I began the art form of writing lyrics and live performance in ’91. My life prior to music was ethically guided by my mother as she would volunteer my brother and I in many different community projects ranging from those in Chollas Lake to school and baseball league fundraising. We were on the welfare program and from time to time would need to partake in the government cheese handout. I learned to live humble for my fortune. My humility gave me compassion for those that were less fortunate than myself. This outlook on life helped me cope with the constant impression of crime and violence that surrounded my teen years. Runaway attempts and depression took its toll on me as I struggled to see the bigger picture.

In 2001 I started working at the San Diego School of Creative Performing Arts as a math instructor, teaching aide. My love to be a part of the community continued to grow. There I created and supervised a club for musicians, poets, and recording artists. I soon opened my studio to the club members in hopes to give them project experience and learn the production process of producing a club compilation.

Almost thirty years and many projects later I can humbly give thanks to my journey through public service and community appreciation. My road traveled has many teachers. Along the way, I too have been lifted from hardship by community leaders and my elder friends. Robert Aragon has been there for me as my mentor. He has given me the business opportunity and guided me along where school has failed. Robert has taught me how to see what allows me to survive through the difficulties we all face. Sandra Foster-King has been the matriarch in my life. Sandra gave me several spiritual journeys through the eye of Choctaw dreams. Her gift of selflessness is of the greatest experience I may ever know. Victor Ochoa Sr. has been my brother, a mentor, inspiration, a teacher, and a friend.

Victor paints history with Xicano hands and gives the world a portal into hearts and souls of warriors and peacemakers. He gives his life to people through art as I learn to follow in his footsteps.

Poise’s story:
I was raised in South Central Los Angeles as an only child. I lived through my younger years as a statistic and it was by a thin chance that I made it through all of the gang warfare in one piece. Several visits later to the emergency room I was fed up and swore to no longer accept that I would always be a victim. On November 23, 1986, I was in an altercation where I stabbed a 21-year-old man and assaulted another. After finding out the man I stabbed died from the incident I then turned myself into the Santa Monica police detectives.

Two years later I was convicted of second-degree murder and sentenced sixteen years to life with the possibility of parole. While incarcerated, I used the time to better myself and others through self-study, spirituality, meditation, and creative arts. Self-help groups like The Healing Circle taught me apathy, deep self-reflection, and temperament de-escalating tools. Inside Prison Project taught me to “sit in the fire!” A term that usually means that you are seconds away from possible self-harm or committing harm to others. These self-help groups were a key component in helping me to open up and revisit painful and dark places from my past.

My greatest accomplishment since my release five years ago is talking a fourteen-year-old out of buying a gun to shoot his stepfather. My first Shakespeare book Macbeth lead to performing in plays on the inside as well as working with the Marin Shakespeare Company here in the free world. Within the twenty-four years of my time served I was known for my rap lyricism but mainly specializing in R&B soul. With an alternative and conscious style, I also take the stage as a poet and frequently do community work with youth as a public speaker.

Our story:
In 2015 I met Poise at an open mic. A year later Poise and I both caught a glimpse of something bigger if we were to form a team of artists like ourselves and implement our personal experiences as if to be the elders of a new legacy. By the end of 2016 while working on a song that referenced the 64 squares of a chessboard I started a conversation with him about all the ways we could make the team operate using the rules and operations of chess as a platform. Our talk intricately grew into the inevitable result of a nonprofit organization.

The history that Poise and I have in common is to work in community settings that are meant for social unity, quality of life, and developmental opportunity for youth in low-income neighborhoods. We made that our foundation for our idea and started to build it piece by piece.

Has it been a smooth road?
So far, so good! Our road is just getting paved right now.

We’d love to hear more about your business.
Mission Statement:
Elders of the BloQK, a non-profit organization dedicated to the youth via workshops held by experienced community elders.

EOB is a newly founded organization created by Poise and Scribe Sayar. The BloQK has created 64 workshops (based on the chessboard) to help empower the youth. This accomplishment earns our candidates recognition in our organization as Queen or King. Queens and Kings will then be presented a Queen or King medallion that symbolizes the highest level in our 64 BloQK. Queens and Kings have the opportunity to eventually advance in the organization and become an Elder.

The BloQK Elders will include:
business owners, elders teaching beginner and advanced workshops, elders within the BloQK that are both workshop providers and the tacticians of the organization, and our matriarch or patriarch of the BloQK.

Is our city a good place to do what you do?
San Diego is definitely a great place to begin or move most business too. As it grows to accommodate the ever-expanding population of the 8th largest city in the US, it is opportunistic in many ways. Weather brings many tourists to the city. The rich culture of indigenous peoples, Chicano/Mexicano natives, and immigrants from around the world give San Diego its unique diversity in areas ranging from agriculture to the arts.

Elders of the BloQK was born in both San Diego and South Central Los Angeles. Rooted from these locations, Poise and I understand the need for community outreach. In some experiences, we felt as if we did not register on our governing cities consensus. On the other hand, we have enough experience to know what it is like to remove ourselves from the empty void that poverty is known for. Our abilities to function in any debilitating struggle has pronounced its freedom to liberate from such oppressed thought time and time again. EOB stands for the peace we can offer not only for our selves but to others in need.

To improve our cities future for equal and just social economic sustainability there must be an open dialogue on the topic of gentrification. Local business and gentrification are regulated in two completely different ways which is a take and bypass insult to community preservation. Locals exist, new money comes in, then locals are bought out and ignored. This must be acknowledged if we wish to improve the city we build family into. 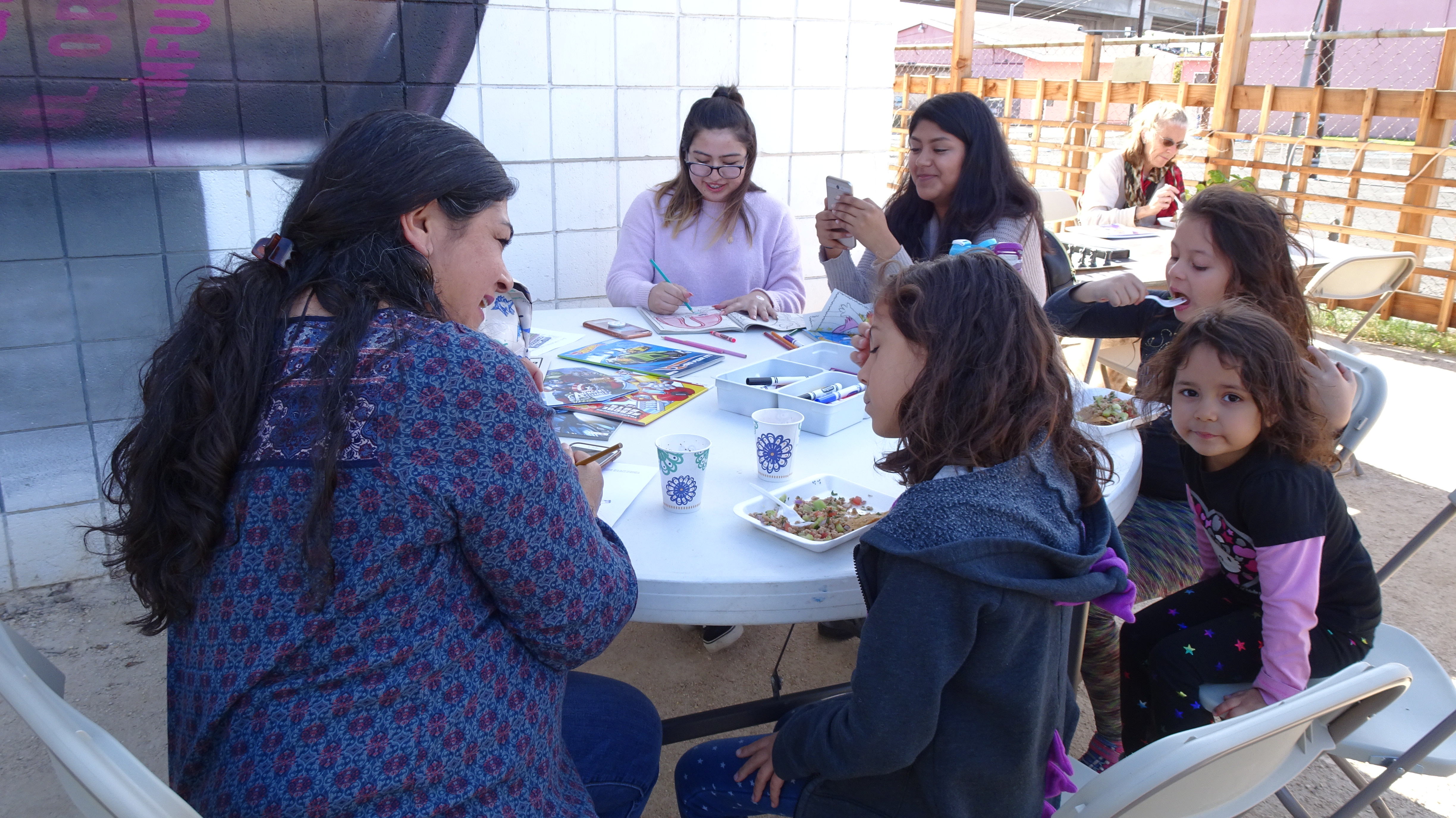 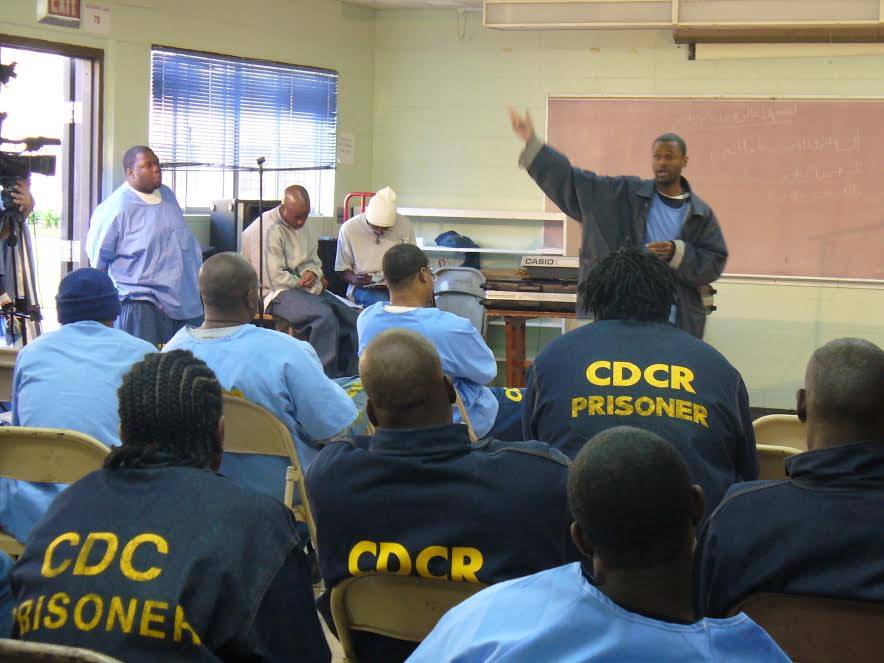 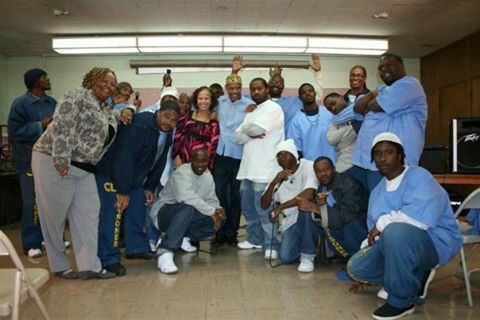 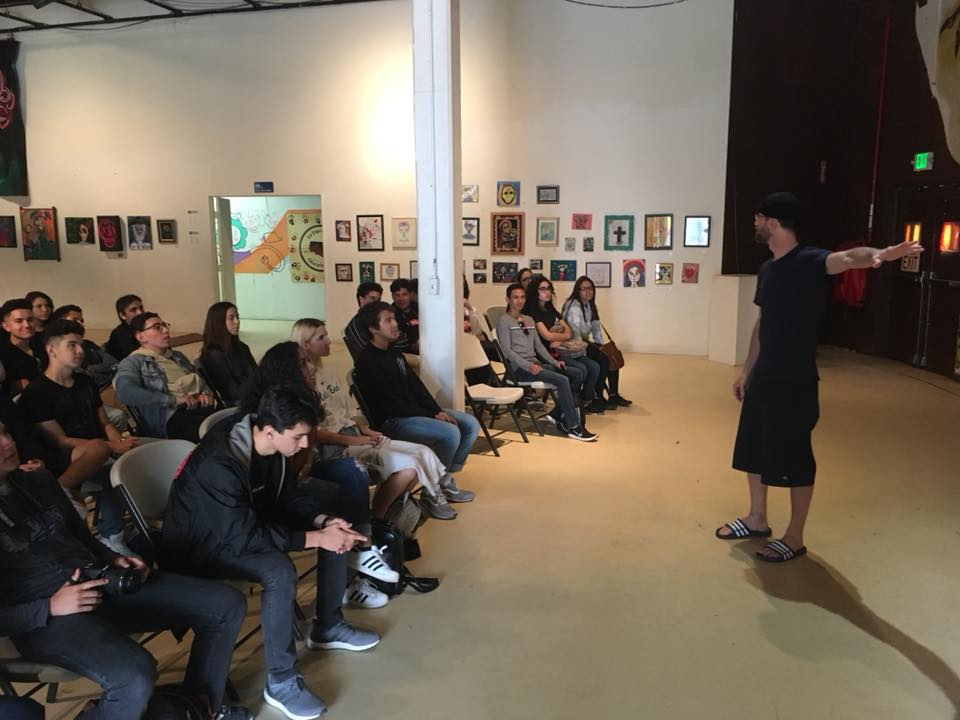 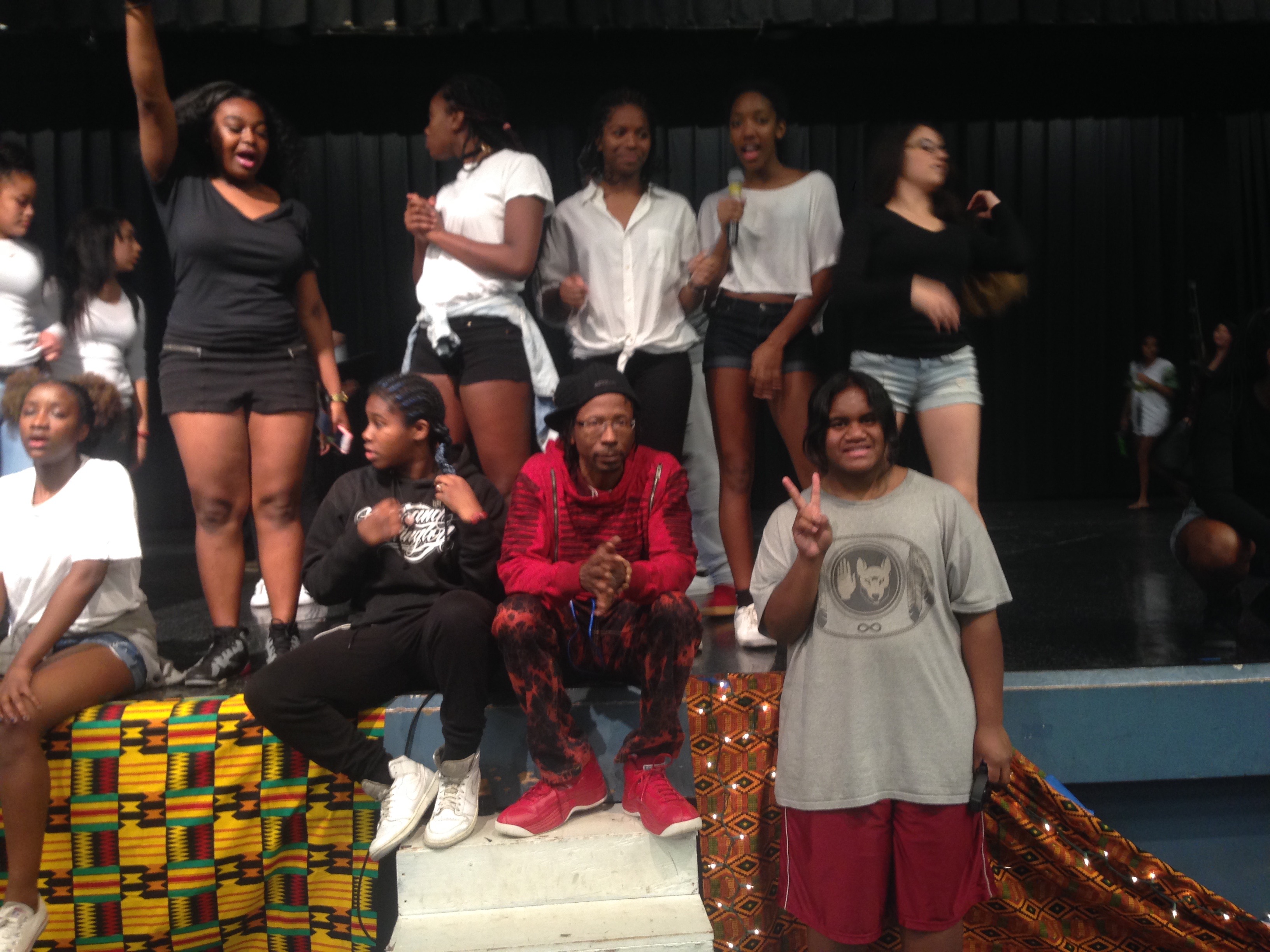 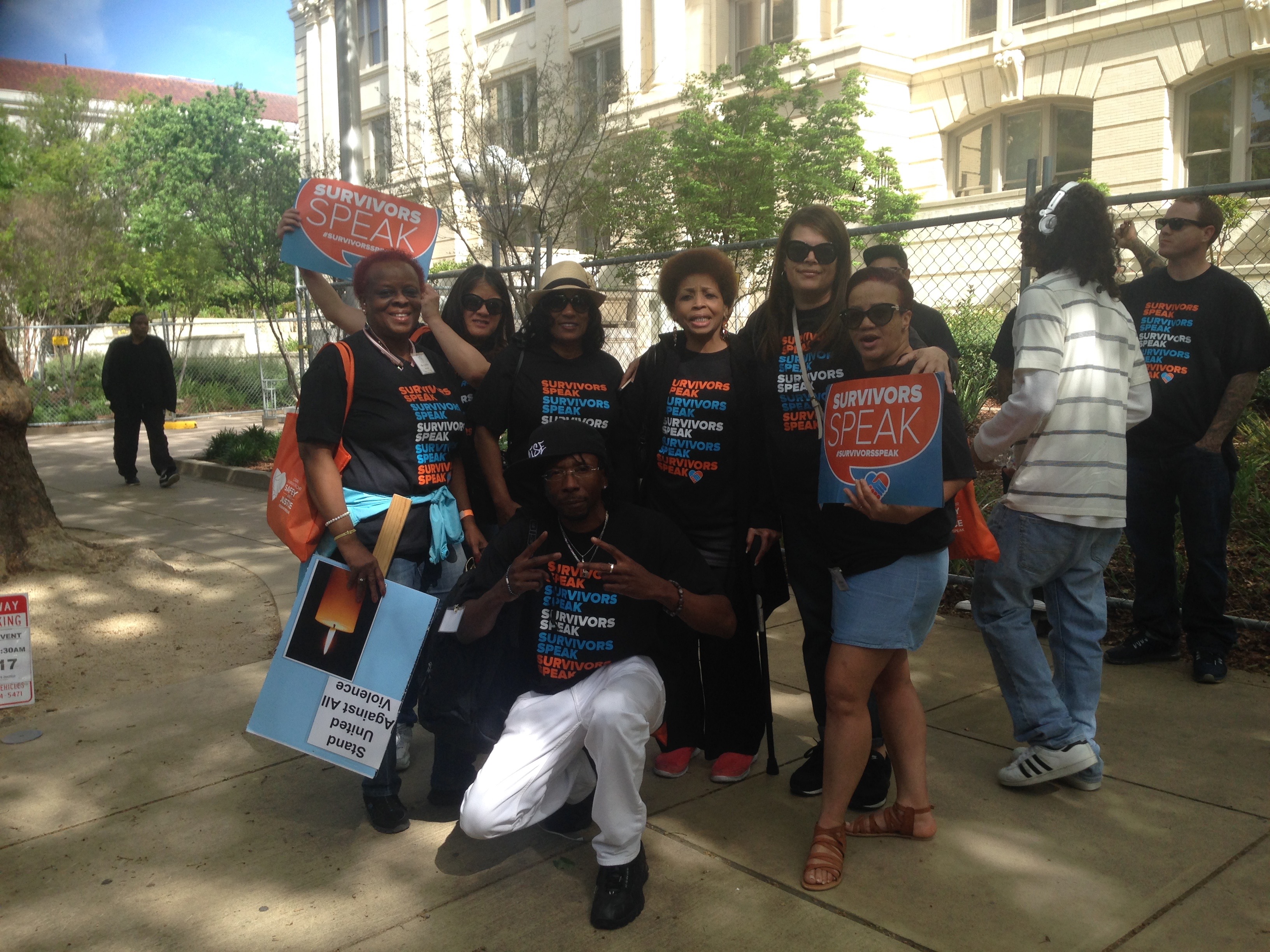 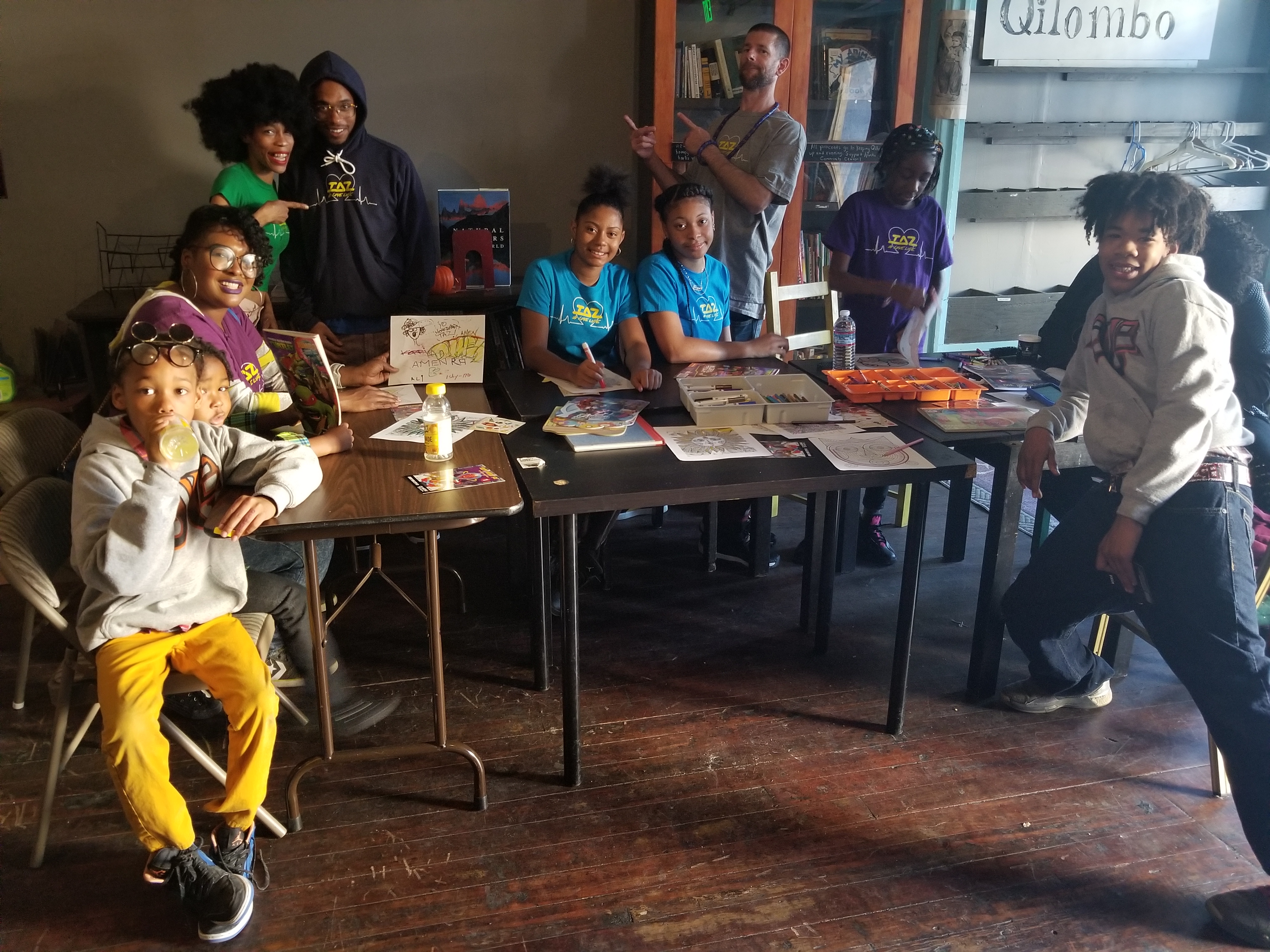 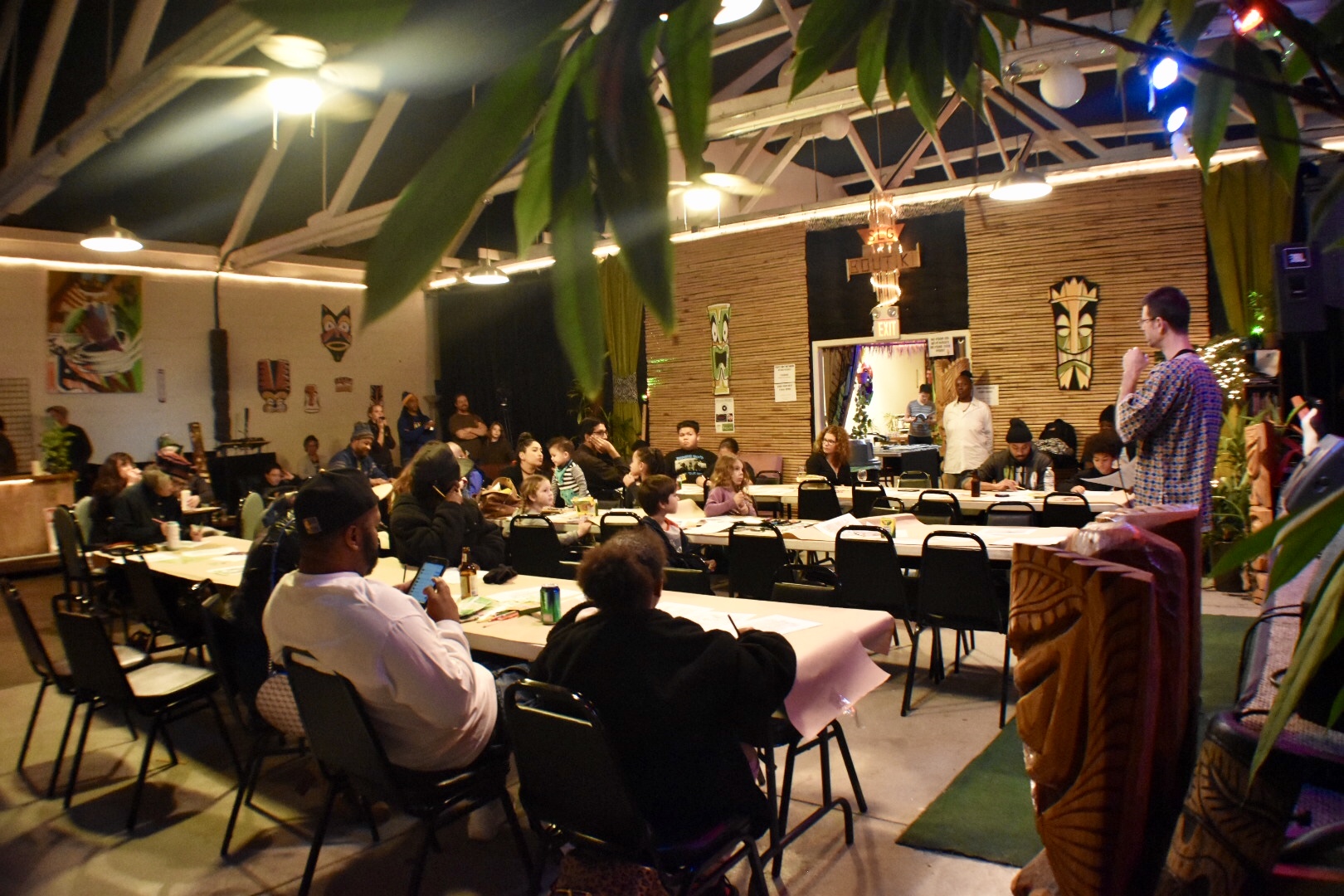